Home > News > Once Japan’s strongest, Nissan is now weakest. How did it end up like this?

Once Japan’s strongest, Nissan is now weakest. How did it end up like this? 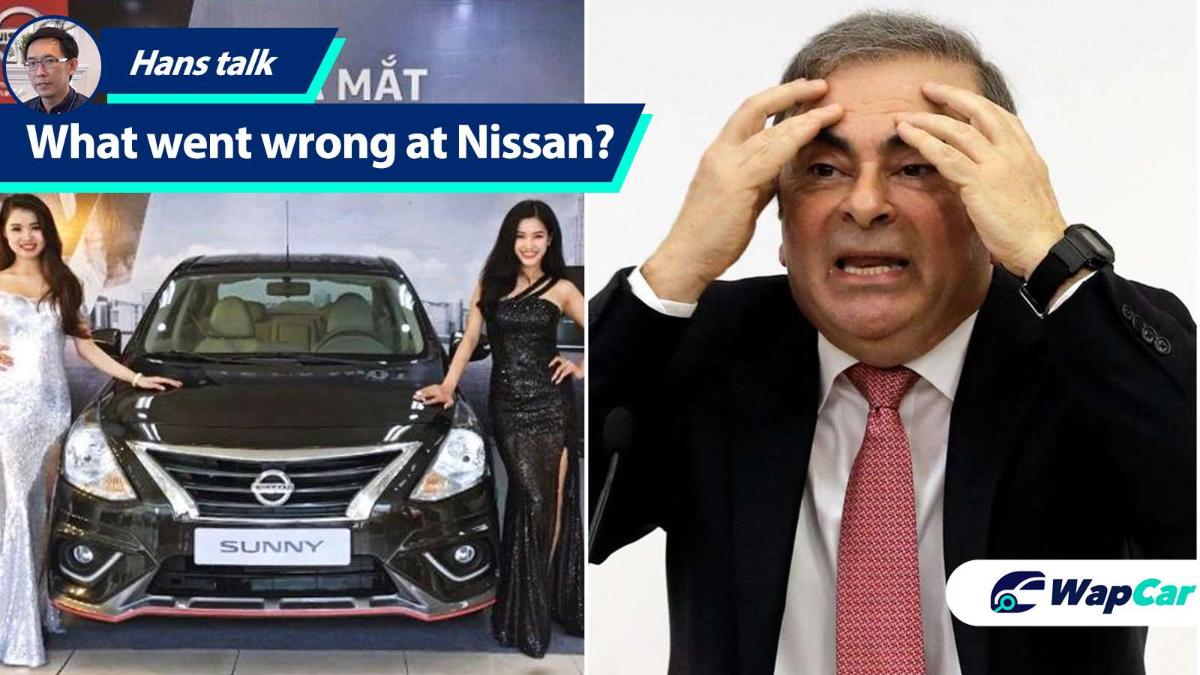 Nissan's car manufacturing history dates back to 1914, making it one of Japan’s oldest. Between the ‘60s until the ‘90s, Nissan was Japan’s most technologically advanced. When Toyota and Honda entered the car business in 1936 and 1962 respectively, Nissan was No.1. Today, it’s the weakest in Japan.

It's a sad turn of events for the company that made the first Japanese car fast enough to beat a Porsche – at the 1966 Japanese Grand Prix, two R380s took the top two spots, ahead of three Porsche 906s, thus marking the coming of age of Japanese engineers.

In the ‘70s, Japanese market Nissan Cedrics were packed more tech than a W126 Mercedes-Benz S-Class.

How did Japan’s automotive industry star get reduced to a company whose CEO fled the country by (reportedly) hiding inside a musical case?

Today, Toyota is No.1 with Honda as its chief rival, which is a reflection of the sad state of affairs at Nissan.

Carlos Ghosn is being accused of many things but it’s important to remember that Nissan’s downfall didn’t begin with him. If anything, Ghosn was the most effective leader Nissan ever had, until his ambition got the better of him. 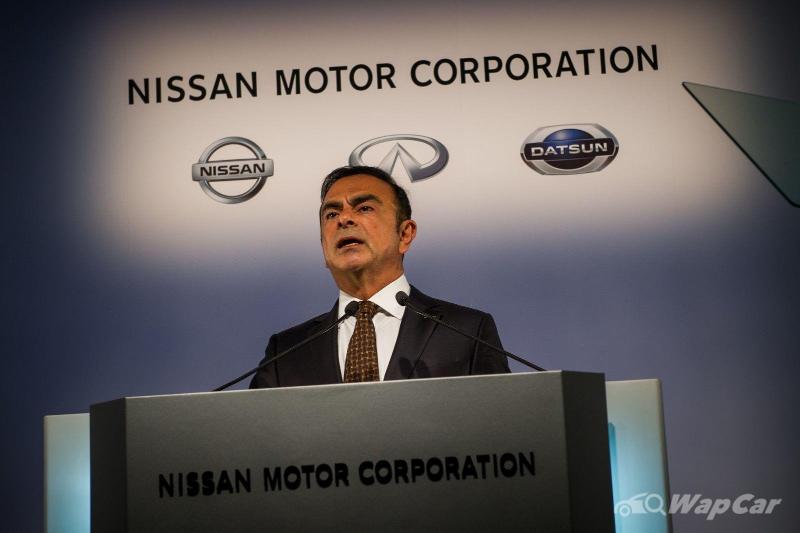 Yoshikazu Hanawa, Carlos Ghosn’s predecessor who in 1999, agreed with Renault’s Louis Schweitzer to form the Renault-Nissan Alliance once said, “When I was president (in 1996), that company was no more than a target of a merger.”

Hanawa was just yet another Nissan president who had inherited a lame duck of a company and like his predecessors, he couldn’t do much apart from delaying the company’s slow demise.

Nissan was saddled with crippling interest payments on its debts but when the 1997 Asian Financial Crisis came, the company buckled as credit dried up.

His predecessor Yoshifumi Tsuji had to clean up the mess left behind by Yutaka Kume, who misread Nissan’s growth in the Bubble Economy period of the late ‘80s as evidence of his good work, when it was just a case of an incoming tide that’s helping even the weakest swimmer get to shore.

His predecessor Takashi Ishihara had foolishly entered a series of deals with European manufacturers, including with Alfa Romeo and buying Spain’s Iberica Motors.

The deal with Alfa Romeo resulted in the Arna, which paired the body of a Nissan Pulsar with Alfa Romeo mechanicals, basically a combination of the worst elements of both companies.

The Iberica Motors deal (now Nissan Motors Iberica) is now being unwind, with the subsidiary’s Barcelona plant in the midst of a very messy closure.

So when did the rot at Nissan started?

Before we can answer that, we need to revisit the origins of Nissan, which actually wasn’t (just) a car manufacturer then.

Yoshisuke Aikawa was born to a wealthy, well-connected family and he founded the Nissan Group as a zaibatsu, a pre-war era equivalent to Korean chaebols. Nissan was involved in not just manufacturing, but also real estate, mining, and chemicals.

In short, founder Yoshisuke Aikawa is nothing like Soichiro Honda or Kiichiro Toyoda. He didn’t set out to make the best Japanese car. He was in modern parlance, a mergers and acquisitions guy. He had little interest in cars but knew that cars were becoming a big business and he wanted a slice of the action.

So in 1931 Aikawa bought DAT Jidosha Seizo Co., Ltd., which made its first car in 1914. DAT would later be reorganized into Nissan.

After World War 2 ended, Aikawa was forced to leave the business world because of his involvement in the war (but charges against him were dropped) and spent the rest of his life in politics.

Nissan was then led by Katsuji Kawamata, a former banker from the Industrial Bank of Japan (now Mizuho Bank), which is part of the new Nissan keiretsu that was restructured after the old zaibatsu arrangement was dismantled as part of Japan’s post-war settlement with the US.

Kawamata knew next to nothing about cars or manufacturing and worse still, he had a fragile ego. This is evident by him commissioning a bust sculpture of himself, to be put on display at the entrance of Nissan’s Oppama Plant (no longer there though, thankfully).

However Kawamata did one thing right. He bought two companies – Prince Motor and Aichi Kikai, both were top-class engineering companies and were building war planes before being banned from doing so after World War 2. 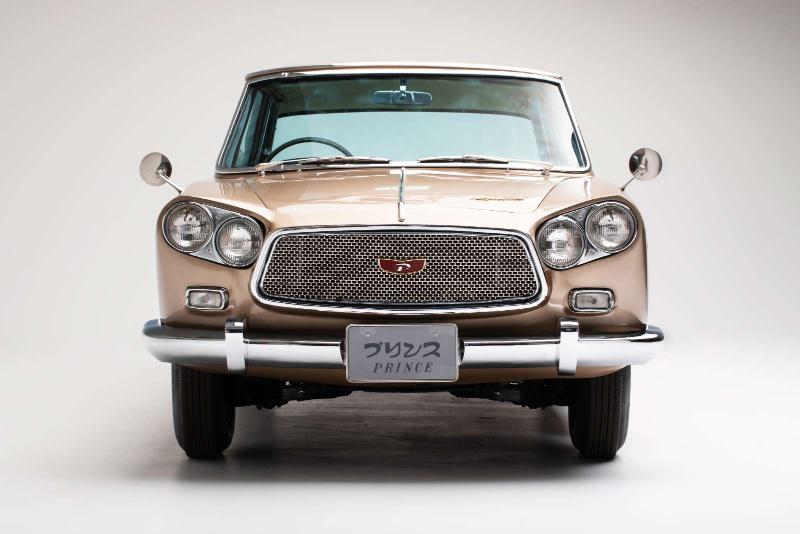 Many of Nissan’s legendary nameplates – Silvia, Skyline, Cefiro, Laurel – had its origins traced back to Prince, and most of these cars were developed by Prince’s star engineer Shinichiro Sakurai. He was the father of the original ‘Hako’ Skyline GT-R.

Meanwhile, Aichi Kikai was a specialist in small cars. Like Prince, they too used to make war planes and had engineers that were over-qualified to build cars.

They were the ones who developed the Sunny and Vanette, and the A-series engine that powered them. Even until today, the patents for Nissan’s small capacity HR and MR series engines are attributed to Aichi Kikai, which is now an engine and transmission manufacturer for Nissan.

The engineers who developed Nissan products from the ‘60s to the ‘80s were originally trained by aircraft engineers who built war planes, Shinichiro Sakurai was one of them.

They built cars using the same high standards of aeronautical engineering, which explains why Nissan was the most advanced then. However that high level of engineering was not matched by equally forward thinking business leaders. 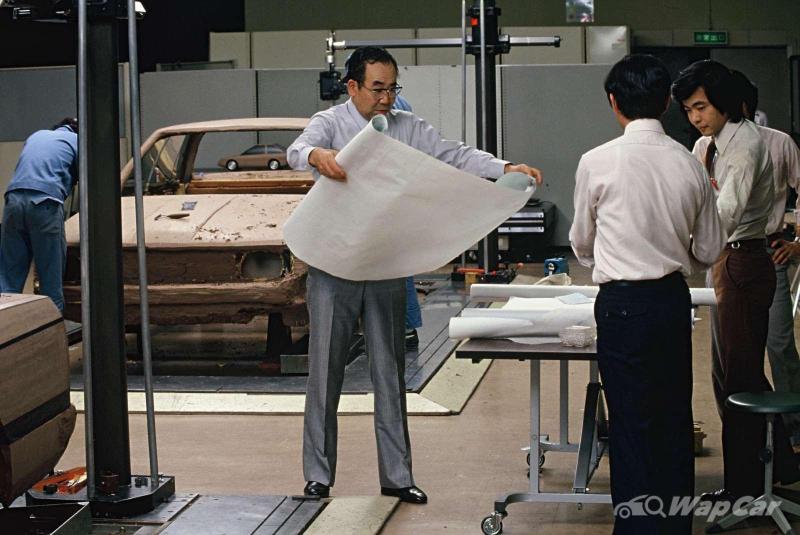 Back to President Kawamata; Taizo Ishida, Toyota’s President from 1950 – 1961, had very little respect for Kawamata, not because he is a competitor but because of his lack of interest in making Nissan better.

It is well known then that Kawamata had political ambitions and was aiming for a position at Japan’s Keidenren (Japan Business Federation) after his stint at Nissan, which he sees as merely a stepping stone to something bigger.

In fact, Nissan’s then headquarters at Ginza was sometimes referred to as the MITI of Ginza.

“Business world socializing is for people with time on their hands,” opined Ishida on Kawamata’s preoccupation with improving his social standing rather than Nissan’s business.

To show what a fool he was, he was reluctant to signoff the first B10 Sunny project because he believed that making a smaller, cheaper Nissan (Datsun) would affect the more profitable Bluebird’s sales.

“Buyers who want a cheaper car can buy used Bluebirds,” was his answer. Meanwhile, Toyota was working on the first KE10 Corolla because its own numbers show that Japan’s household income growth will hit a tipping point by 1965 and will experience an explosion in demand for middle class cars. When that happens, Toyota wants to have a car ready for them, and they were right.

While Toyota’s Executive Vice-President Eiji Toyoda was hassling his chief engineer Tatsuo Hasegawa to increase the Corolla’s engine capacity by 100 cc to upstage the Sunny, Nissan engineers were pulling their hair on how to get their dense boss to understand the urgency of the middle class car Sunny project.

Nissan engineers had to come out with a silly method to get their boss’ attention. Against Kawamata’s orders, they had been secretly working on a prototype and had to figure out how to present it to Kawamata without upsetting his fragile ego. 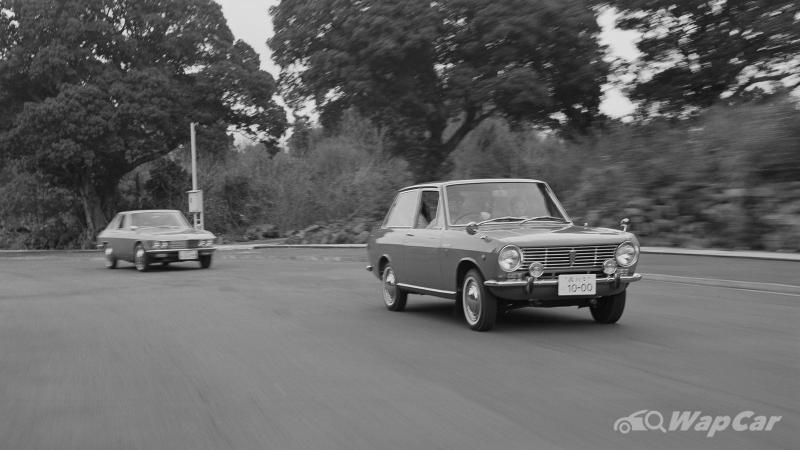 They came out with a silly method of parking a prototype in the middle of the Yokohama plant hallway and have it lightly covered. When Kawamata came for a visit, they guided their visiting boss to walk past it.

Seeing the partially covered car piqued his interest and he asked what’s underneath the cover, to which the engineers said it’s just an after-hours project for a smaller Nissan. They were lucky that Kawamata liked what he saw and relented, thus begins the Nissan Sunny v Toyota Corolla battle for the next two decades.

Today, the Sunny is a forgotten nameplate, relegated for use only in China and Vietnam, for a model that we know as the Almera. Toyota Corolla v Nissan Sunny has long since been replaced by Toyota Corolla v Honda Civic. 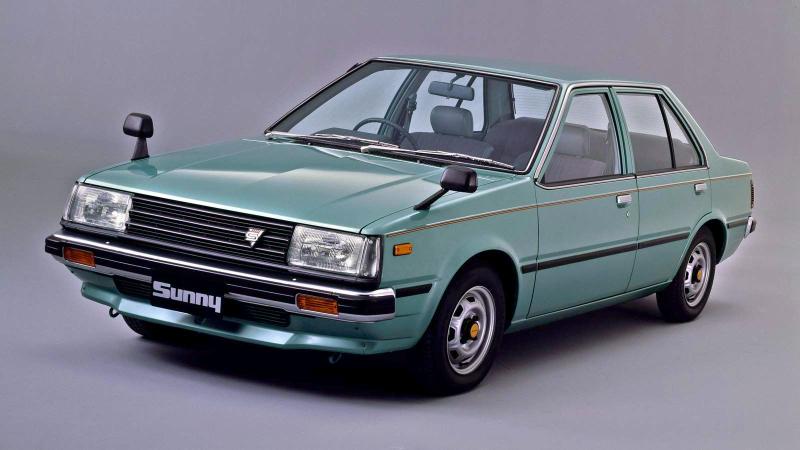 By 1983, Honda had already surpassed Nissan in terms of revenue and profitability, despite Honda having only half as much experience as Nissan, and engineers who joined Honda were mostly graduates rejected by Toyota and Nissan.

How Honda succeeded anyway is a topic for another day but at the centre of it is of course one slightly unhinged Soichiro Honda and his financier Takeo Fujisawa. 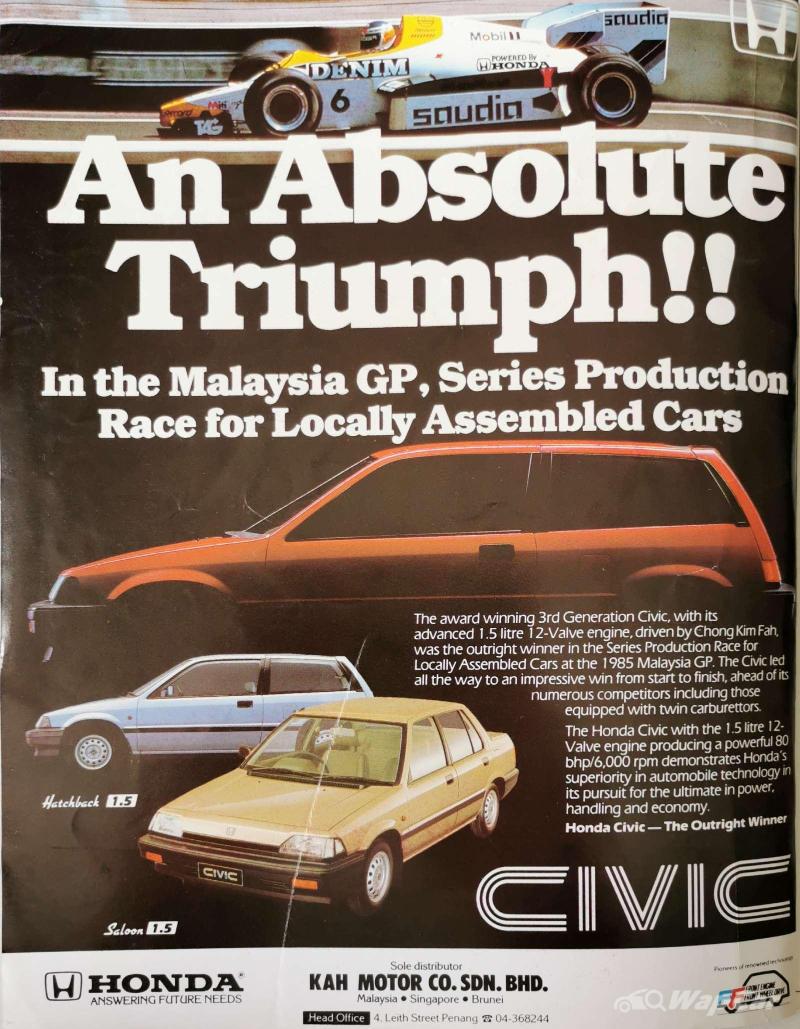 In short, Nissan’s woes can be traced back to its series of errors in promoting poor leadership. How did so many poor leaders ended up steering Nissan is a question nobody could answer. Carlos Ghosn wasn’t the one who put Nissan down this negative spiral. Nissan’s best years, financially speaking, was with Ghosn.

When Ghosn took control of Nissan in 1999 he said, “How could this (the near-bankruptcy) have occurred at one of the crown jewels of Japanese industry?” adding that the Bubble economy of the ‘80s wasn’t to be blamed for Nissan's mess because Toyota and Honda faced the same challenges. 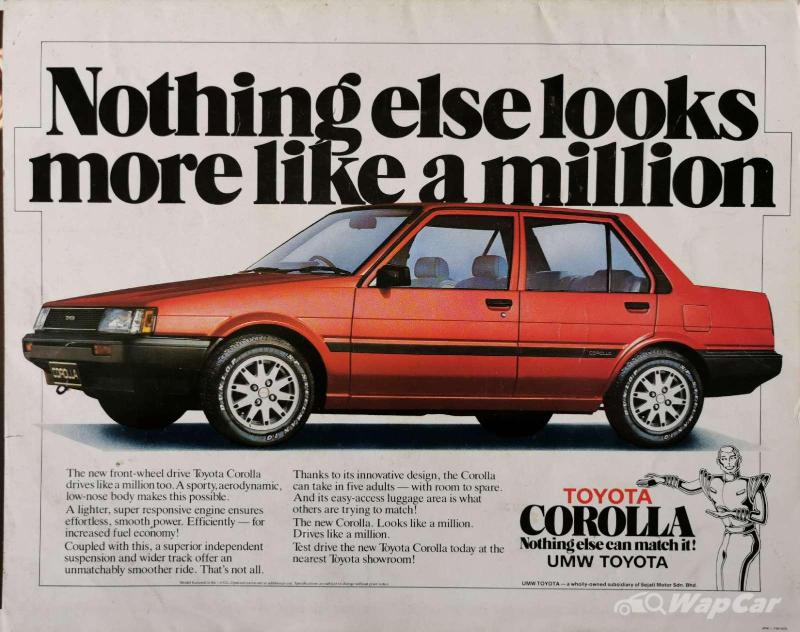 “To tell the truth, I never met anyone in Nissan who could give me an exhaustive analysis of what happened to it,” said Ghosn back when he wasn’t viewed as a criminal.

Of course, it’s debatable if Ghosn became too powerful and was prioritizing short-term investors over the company’s long-term product plans.

Closer to home, the fortunes of Tan Chong are intertwined with that of Nissan. When Nissan was at its peak, Nissan was the No.1 selling brand in the country. As Nissan grew weaker, so too did Tan Chong. 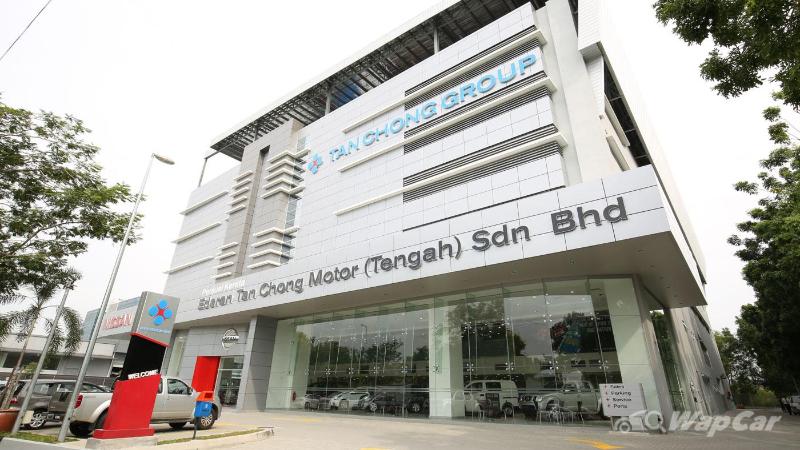 Nissan has been underperforming across the region and has since given up on Indonesia. It may not seem like it, but actually Tan Chong is outperforming all other Nissan distributors in the region, but that’s like saying it’s the least leaky of all leaking Nissan ships.

Hopefully the all-new Nissan Almera is the first of many more positive change to come.

Produced with references from:

The Honda Myth: The Genius and His Wake, by Masaaki Sato

The Toyota Leaders: An Executive Guide, by Masaaki Sato