Home > News > Owner Review: A Once Internet-Famous Jazz on YouTube - Owner Shares His Story with His Honda Jazz

Owner Review: A Once Internet-Famous Jazz on YouTube - Owner Shares His Story with His Honda Jazz 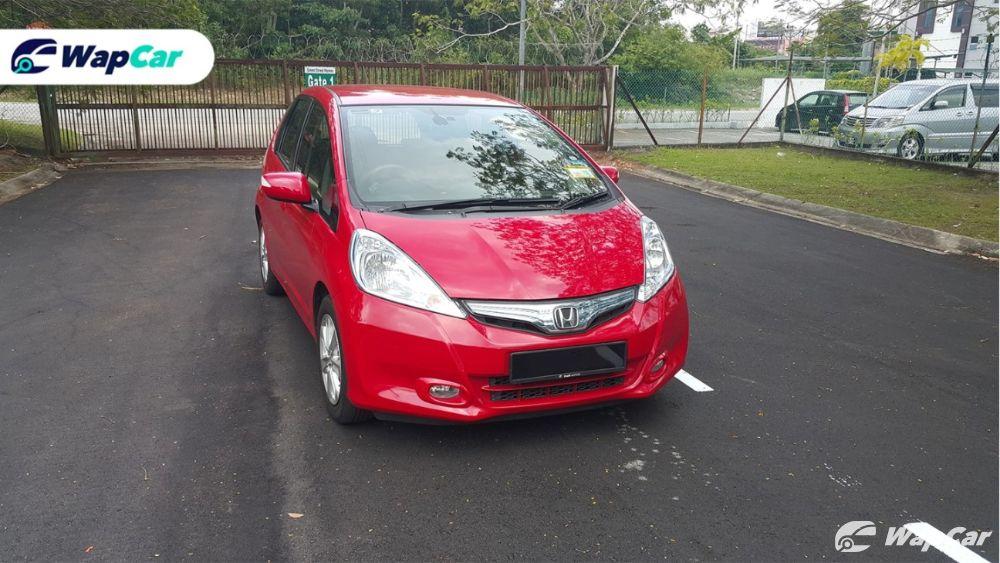 One got to admit that the Honda Jazz is one interesting little hatchback. It looks small on the outside, quite nimble to drive and spacious in the inside.

When it was first launched in 2001, the design of the car technically impacted on the outlook of most B-segment hatchbacks that came after it: while it is not something new in Japan, the look of tall hatchbacks with MPV-ish looks is fresh globally and you can see some manufacturers took that imprint and apply it in their line-up. One notable one for me is the Ford Fiesta.

The first-generation Jazz caught up with the fans globally but not to me: I find the sedan version (City) was more of a looker to me while most found it ugly. The second generation took to my liking at the first look and I kept on turning around whenever I see one on the road, and I was lucky enough to get a hold on it as my first car.

To recap, the second generation Honda Jazz was first launched here in the sole 1.5 i-VTEC unit with 2 configurations but both models are over RM100k, since they are CBU from Japan and are closely priced to the Honda Civic then so they are pretty rare on the roads. The facelift of this model gets interesting: Honda Malaysia launched the 1.5 i-VTEC petrol and Hybrid both in CBU guises, which later both got locally assembled in Melaka with a lot of spec changes. While the 1.5 CBU got that famed RS looks, the specs were just limited inside. 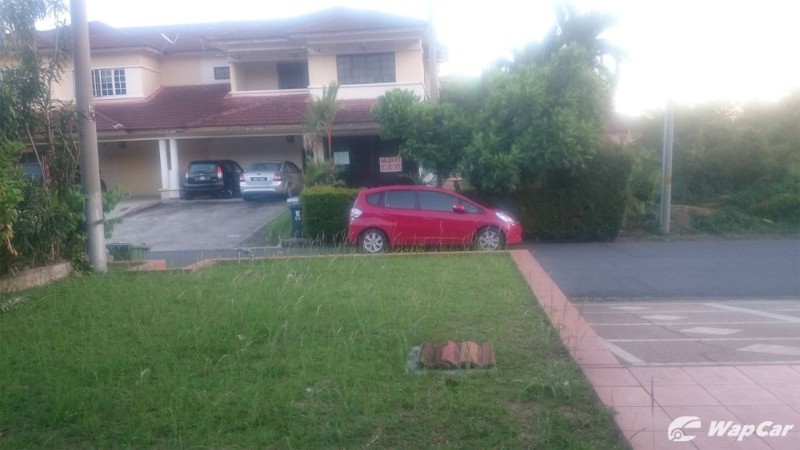 The Hybrid however was interesting: it was imported from Japan but came with European specs. Not only it had 6 airbags (the only Honda that had 6 airbags then was the Accord V6, followed by the CR-Z and CR-V 2.4), it also came with cruise control, paddle shifters with a leather steering wheel, automatic lights and wipers, a better feel plastics in the interior, rear fog lamps and disc brakes and also reversed wiper and indicator stalks, mirroring most European makes. All of this was eventually removed when it was locally assembled. Also, the CBU units came in green and red along with the usual pallet of white, silver, and black. That 2 colors were also removed when the CKD versions started rolling out and replaced with grey.

When I was in the market to buy my first car, Honda had already replenished their CBU stocks and the CKD units were not up to my likings as the difference was pretty obvious, and my standards on safety are high: I wanted at least 4 airbags in my car then. So, I resorted to the next thing: hop in to Mudah and start searching for one, and I got lucky. To a point that I found a low mileage unit with no added body kit and was dealing directly with the owner of the car. Did I tell you it was in red as well?

Purchasing the 2012 Honda Jazz Hybrid was not an issue since I dealt directly with the owner of the car. When I viewed the car at their home, it was just like I expected in a car which is only used for short-distance drives only: visually new with short clocked mileage. The deal went on fast and I managed to haggle their asking price lower. What took time was the name transfer and also the bank loan, as it was managed by the previous owner's friends. Eventually, I got the car close to a month after viewing it and managed to enjoy it for 3 days before I flew off to the oil rig for a drilling project.

Keeping up with it

My ownership of the 2012 Honda Jazz Hybrid has been nothing but joy. Sure, I was eyeing at some other options as well while keeping the Honda Jazz in the lookout but 2 things that kept me grounded is that I was not to spend a lot on my first car, despite the fact that I can actually go for something better and that the test drive I went on a year before owning it left an impression that is hard to shake off. For the size and that small 1.3 engine with motor assistance (it was not considered a full hybrid system as it can't be driven solely on EV mode), it gave me just the right amount of power that I want for a car that is in such size. Along with that, it ticked almost all the boxes in what I was looking for a car, and overall, I am just satisfied. Satisfied to a point, my Ford-loving father loves it even more than his own Ford Focus. He still has hard time believing that a small 1.3 car has that much of power and push that he sees often on a midsize sedan. 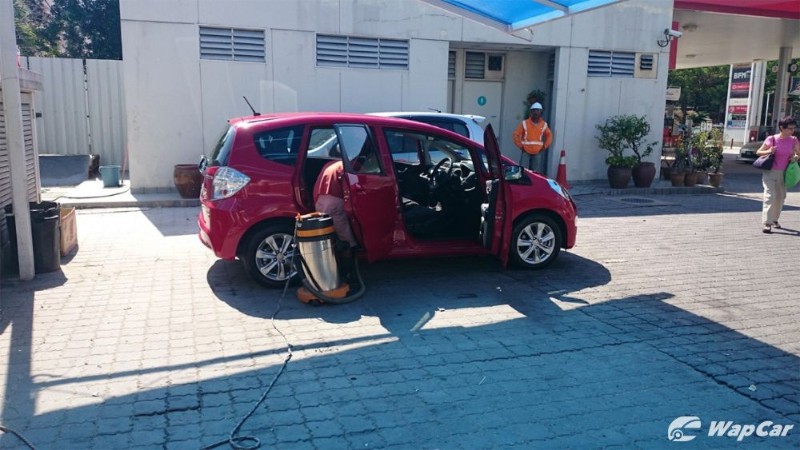 Every Honda Jazz owners can vouch this: the magic seats in the rear lives up to its name, even though the additional thing it has over other cars is just the base of its seat flipping upwards but that’s what makes it great. When I was moving houses in KL with my housemate, both of us managed to only make 2 trips to move all the things we have in the houses, with most of the things loaded in my car. Seats down, the space that the Honda Jazz offers is just unbeatable.

The misses in the 2012 Honda Jazz Hybrid? I wished it could have been equipped with a panoramic sunroof that is an option in Japan and Europe and a small thought did creep in of looking into the chop shops for one but I think I can live without it. Also, I like my car clean: I did not even add a spoiler, did not change the headlights nor added any sort of bodykit. The same goes for the inside, though I am now considering changing the headunit to an aftermarket touchscreen unit.

Another major miss has to be this: since this is not a full hybrid, the aircon shuts off when you press on the brake pedal on traffic. It is not a problem on rainy days or in the cooling night, but picture getting stuck on a traffic jam on a highway in midafternoon. Getting wet has not been that fun. 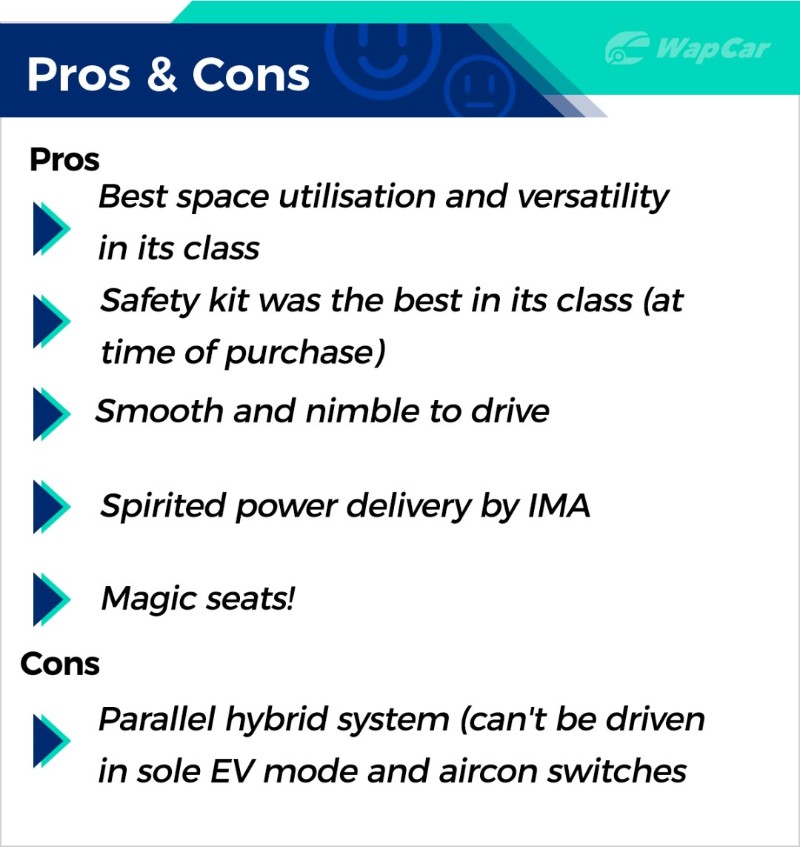 To cap it all, this little Honda Jazz has been giving me nothing but joy. It may not have a lot of features of the current generation cars but that overall package that it offered me has been enough, so much that I have trouble thinking about what would be a good replacement that can give me such joy and satisfaction that this has offered me.

The 3rd gen Honda Jazz hybrid? That thing is ugly and the safety standard it has was lesser than what my car offers. The 4th gen Honda Jazz? It might not make to our shores and we might get the Honda City hatchback, but it is no Honda Jazz at all means. 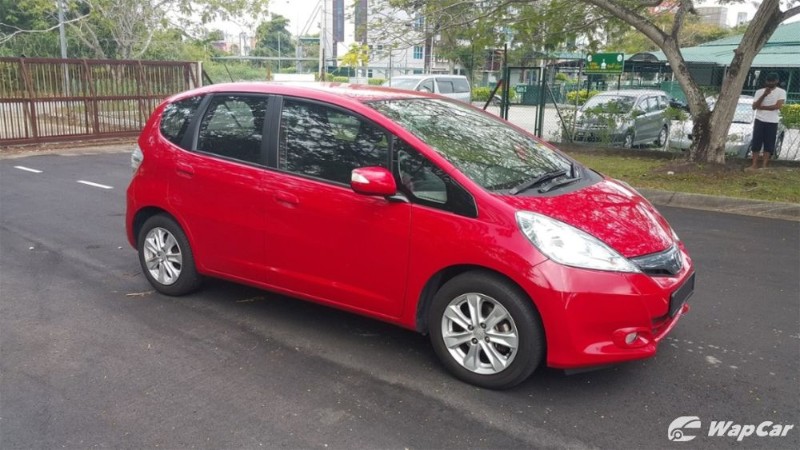 It is going to be hard replacing this little thing, let along something that gives this much of satisfaction in a whole package. It would be a wishful thing that Honda Malaysia brings the 4th generation Jazz instead of the City hatchback as that too, looks as cute as this one and with a better hybrid unit, that would have been a perfect all-rounder.

Then again, there are always the parallel importers to help you out eh?