** This article is the personal experience of a 2017 Renault Fluence owner and does not necessarily reflect the views of WapCar. 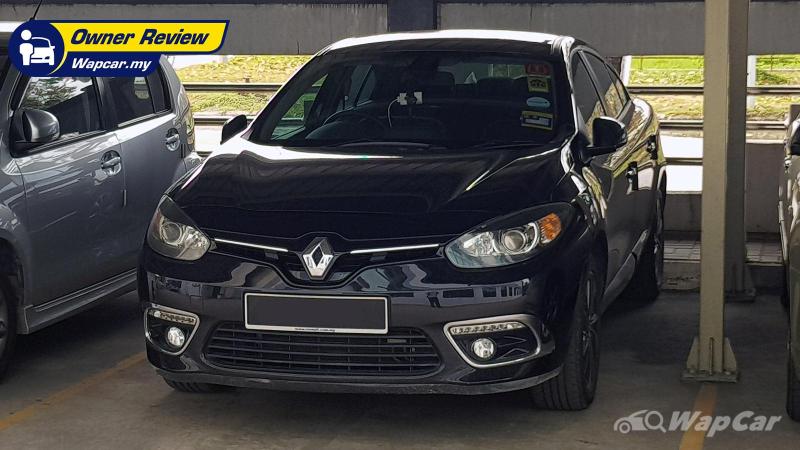 To be honest when I first looked at the Renault Fluence, I never really intended to buy a new car. I was driving a 2014 Kia Picanto at the time and was perfectly happy with it. Indeed, when I went to the Renault Showroom in Section 13 PJ one Saturday afternoon it was more to check the car out and see what it was all about which is something that I do often.

But it seems that as soon as I walked through the door, Renault managed to put the “Fluence” on me (fluence, according to Oxford Languages, means mysterious, magical or hypnotic power). Furthermore, I stumbled onto the car at the right time just as Renault started selling the Fluence at way below its original retail price to clear stock.

Three years on and almost 90,000 kilometres later, here are my thoughts on this French gem.

In terms of the car’s design, it’s a bit subjective & I’m sure many will not share my thoughts. But to me, the Renault Fluence has its understated charm. It goes French chic without going crazy the way Peugeot does. But it’s certainly not staid like the Volkswagen Jetta, nor is it brash like the Honda Civic. It certainly stands out from the crowd which makes it easy for me to find whenever I park in a crowded parking lot!

Interior-wise, it doesn’t look that old fashioned even though it was designed in 2009 and not updated with the external facelifts. It does have its French quirks, because for some reason French brands often don’t convert their LHD cars to RHD properly. As such, the Start/Stop Engine button is situated on the passenger side where logically it would be perfect for the driver on LHD models, the front bonnet release is by the passenger footwell, and of course probably the most well-known of RHD French car quirks - the fuse box in the glove compartment taking up valuable space.

But on the plus side the seats, both front and rear, are very comfortable for long journeys, especially since I opted against the leather covers which was an option for the cars sold on promotion (never really was a big fan of leather, even if it’s easier to clean). The in-car entertainment system meanwhile is almost as perfect as it could be. The Renault R-Link interface is nice to look at, easy to use, and it comes with built in navigation which is nice although not as practical since the maps stop updating for free after two years. It could have Android Auto, but only if you activate it through the ECU with is a tedious process. And it’s very practical with a cavernous boot, among the largest in its class.

As for the driving dynamics, it’s clear from the outset that the Fluence wasn’t designed for hooning around. It’s a more relaxed cruiser on long distance travel, thanks to its CVT which many purists deride. Whether it is on the highway, or backroads, driving the Fluence never seems tiring to me. The car also soaks up bumps nicely, which is something that seniors often like; I’ve been told many times by my mother that she prefers to ride in my car instead of my brother-in-law’s Audi A4 because of this. It’s also capable in town although fuel consumption does creep up a bit when you’re doing 100% town driving. But still I don’t think it’s significant enough, at around 9L/100km average, to label it as a gas guzzler.

What are the cons of the car? There are a few. For one, the paint finish on my car seems to be a bit off, in that it chips rather easily. When you add up the chips & the scratches committed by myself, the car sure looks like a battleground. I’m not sure whether this is a problem with my particular car or the entire model but it’s certainly an annoyance to see my nice car dinged up, which is exacerbated by my poor touch-up skills!

Another little annoyance that I have with the car is the tyres. The original size, 205/55R17, is not that common in the market today, with only a few brands carrying this size. It is a big hassle to locate such tyres at a reasonable price since the tyres are usually imported. As such I resorted to using 215/50R17 tyres instead, which is much more easily available.

And last but not least, the car simply has little resale value. Although to be honest, it doesn’t bother me in the least bit. But had you bought the car new at full price and want to change after two years, you’ll be topping up to settle your loan by a huge amount. Thankfully for me at least, the car is good enough that there is no temptation to change to another so soon, unless I got a windfall and am able to afford a Bentley Continental Flying Spur!

In summary, the Renault Fluence is a good car overlooked merely because of its badge. When comparing the Fluence with its peers, its running costs are comparable to other C-segment cars. For the three years that I’ve owned the car it has never let me down once. Am I satisfied with my purchase? Absolutely!