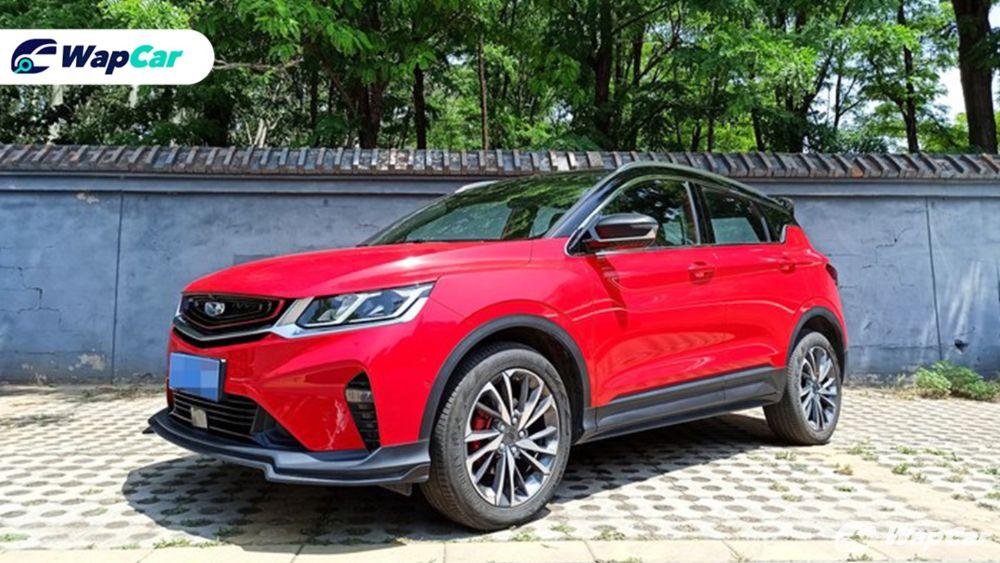 How the Story Begins

I was a penny pincher when I decided to buy my first car due to my limited budget. Moreover, I was afraid I might get a car that I will regret owning in the future. I started browsing the internet doing research and got the idea of getting an SUV because I can make long-distance road trips with a spacious cabin and a large boot volume to carry more cargo. With horrible road conditions in rural China, an SUV will come in handy driving in such terrains. So, I started talking to my friends about the idea. We shortlisted some models to pick from with my budget and the options I had were compact SUVs like the Toyota CH-R, the Honda Vezel (HR-V in Malaysia), and the Geely Binyue.

After narrowing down to these three models I started comparing them. The Honda HR-V was crossed out of my list first due to the lack of features. The Toyota CH-R was next because it had a limited boot space and had poor visibility from inside the cockpit. I finally settled down with the Geely Binyue.

I have already clocked in 10,000+ km on the odometer in the Geely Binyue. My journey of owning this car has been a joyful one. This car is so reliable. One thing I loved about the car is its performance. Thanks to its 1.5-litre 3-cylinder turbocharged engine, the Geely Binyue goes from 0-100km/h in less than 8 seconds. Fuel consumption is average. I get around 13km/l driving in a heavily congested city centre. 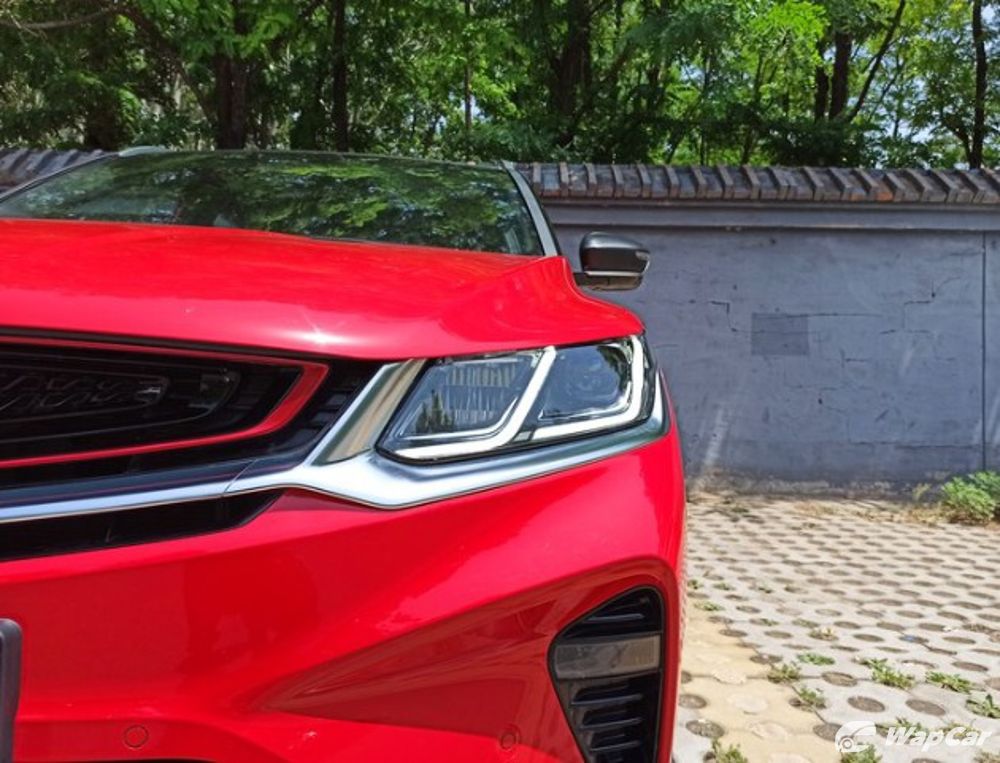 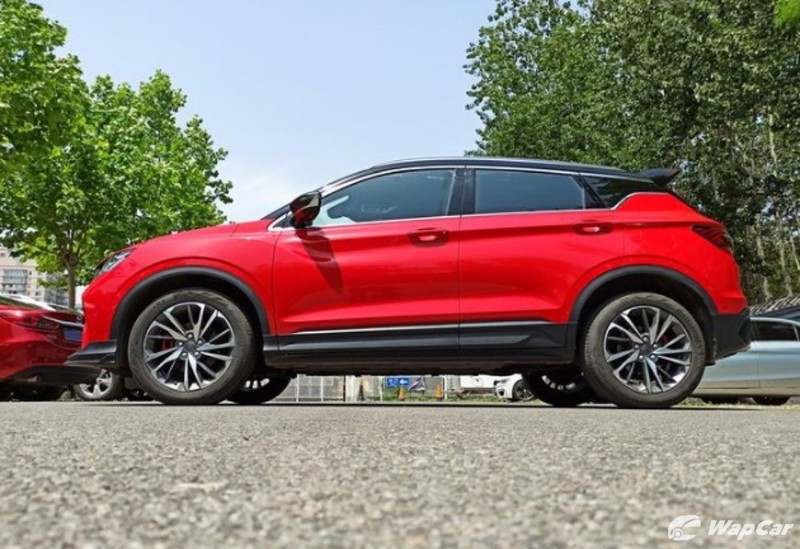 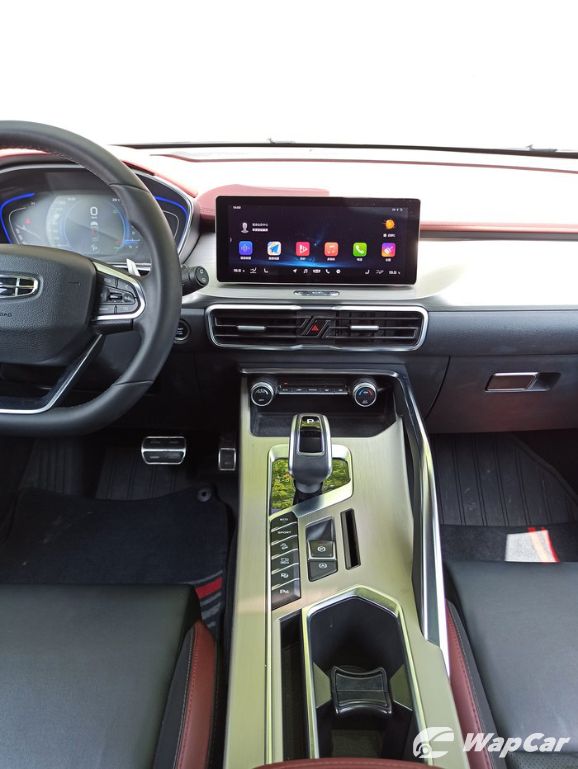 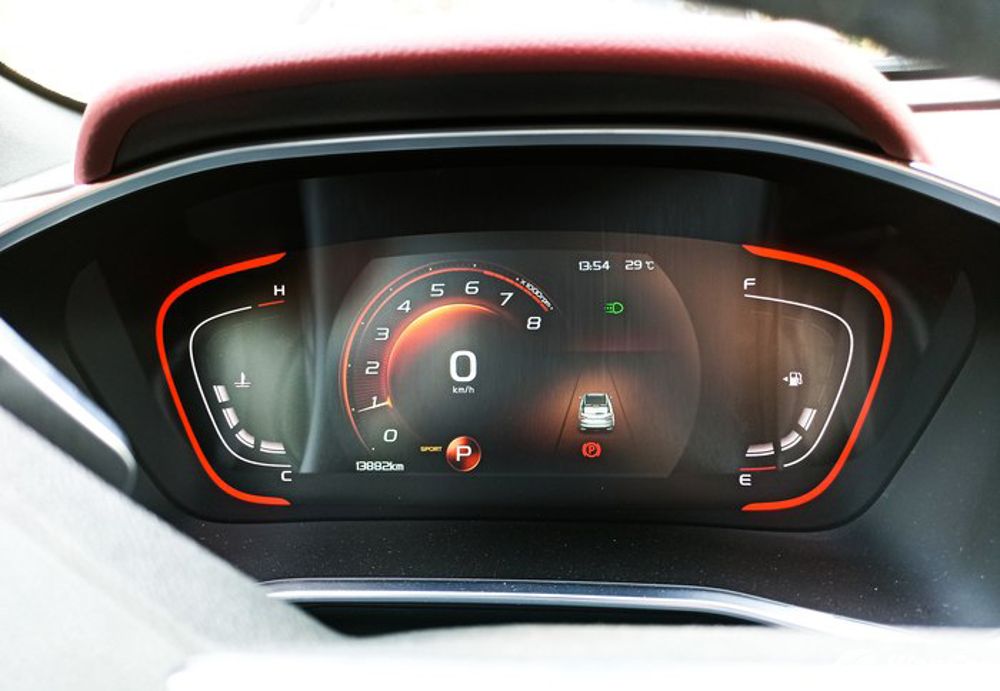 There is an old Chinese saying that goes "Some prefer radish but others prefer cabbage" I think the Binyue's appearance was the main factor for me to get it.

As I have mentioned before, the Geely Binyue’s engine performance is amazing. The engine runs like a dream with the 7-speed dual-clutch gearbox. With this much power and a small body, this car is fun to drive. I love hearing the sound of the turbo flutter when I lift off the throttle during hard acceleration.

The Binyue handles quite well for casual drives. The suspension can handle most of the small bumps nicely, but it can get jarring when going through speed bumps. 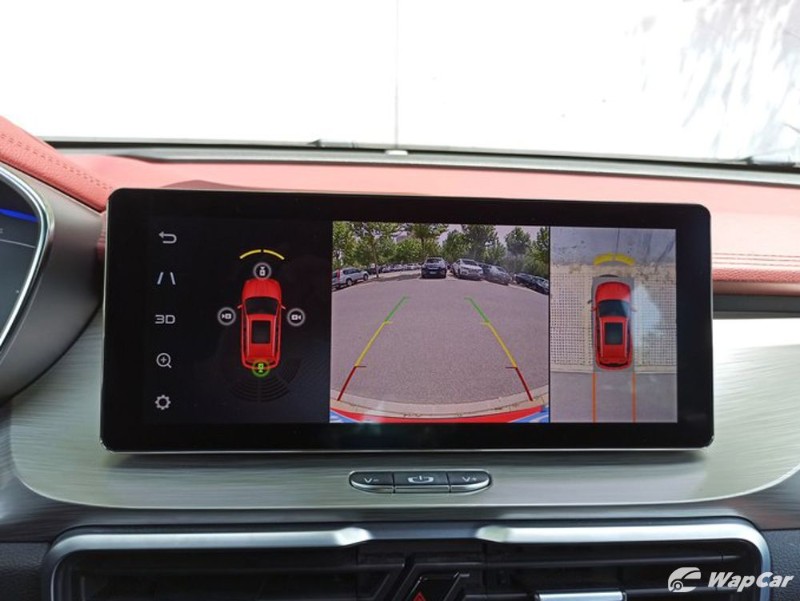 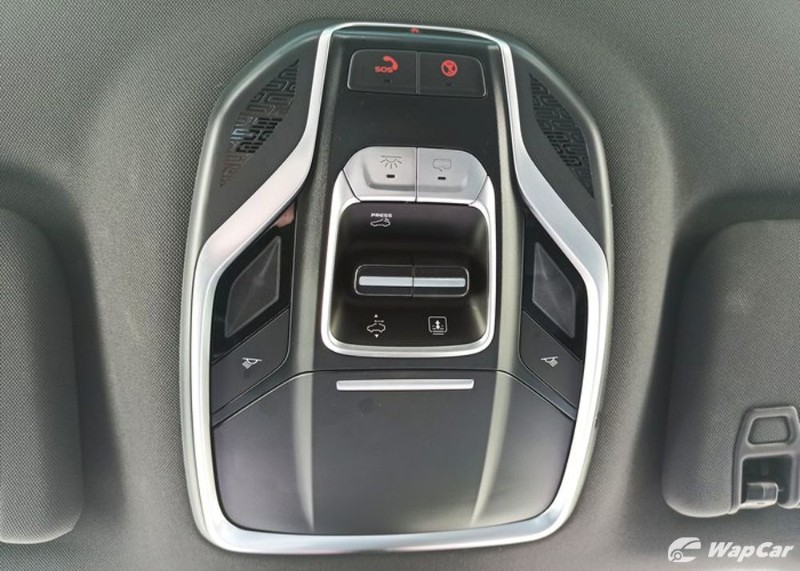 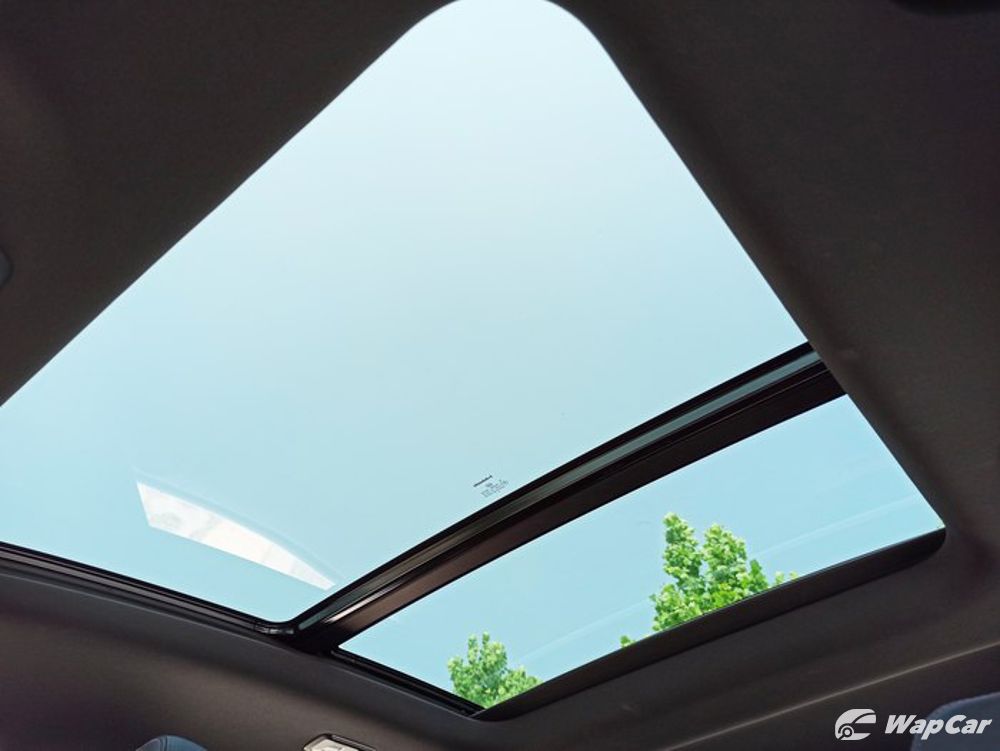 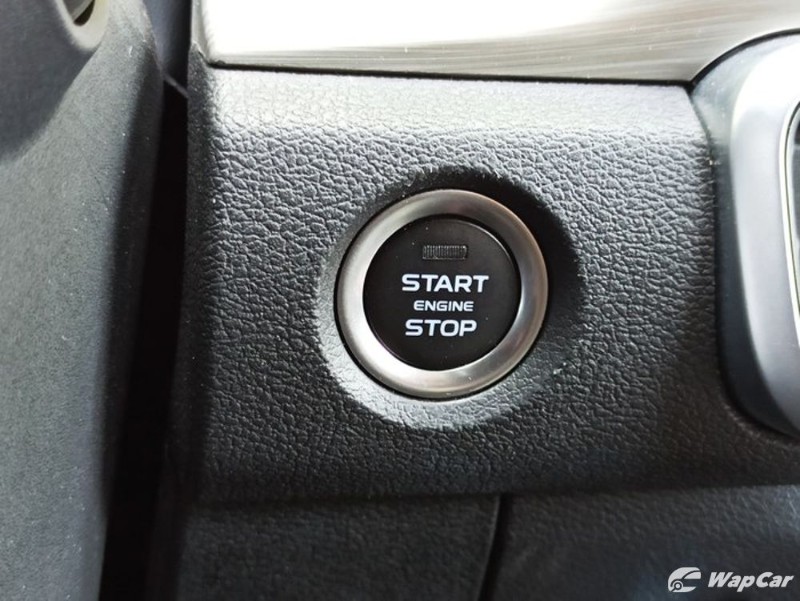 I got the model below the top-spec available for the Geely Binyue. It has everything I needed: auto headlight, keyless entry, 360-degree panoramic camera, and, electronically operated seats.

The Binyue cost me around CNY 110,000, which is the equivalent of around RM66,000. I think I have gotten more than my money's worth through my experience owning this car.

Although being deeply in love with my Geely Binyue, there are some downsides I have experienced with this car. 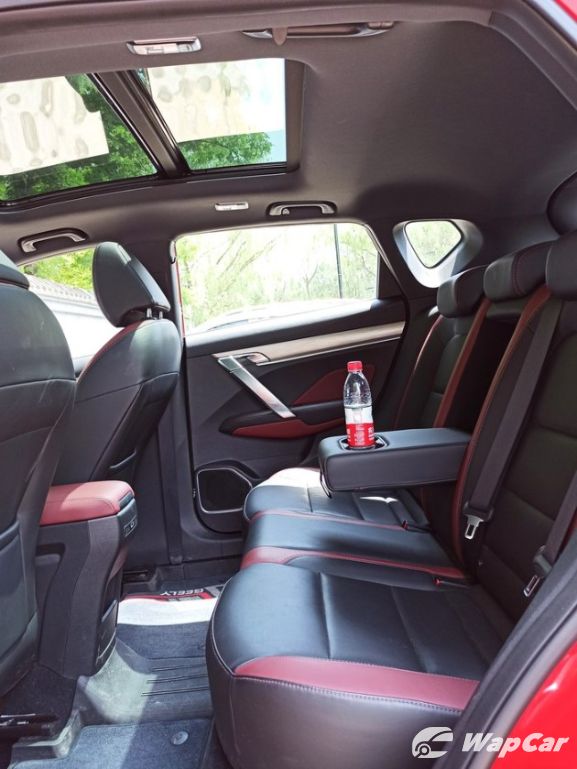 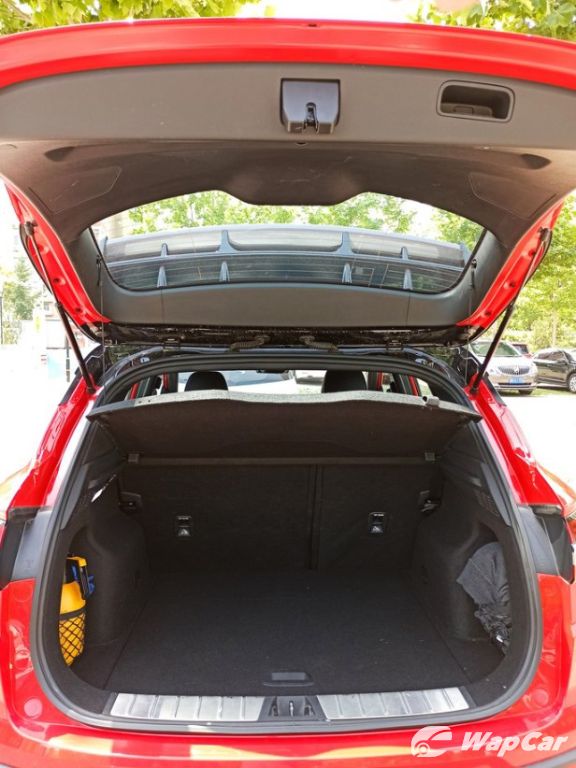 The Geely Binyue has a spacious rear seat with ample legroom and headroom. The problem, however, lies in the boot space. For an SUV, it has quite a small boot volume. Good luck trying to fit multiple large cargoes inside the trunk. Luckily the rear seats can be folded down so trips to IKEA are still possible in the Binyue.

Although I have praised the power output of the engine multiple times, the 3-cylinder handles just like any other 3-cylinder cars offered in the market. Another flaw in the engine is it sounds rough during cold starts in the morning and at high speeds.

One of the biggest complains I have about the Geely Binyue is its handling. The steering is numb. I think Geely needs to step up its game to refine the Binyue's steering feel to match its power and handling.

All in all, since the Geely Binyue is my first car, I share the same feeling towards the Binyue as if it were my first love. I love the Binyue's design and given its value, I have nothing much to complain about it. So far, I haven’t faced any mechanical issues with the car (yet). The maintenance is also relatively cheap. I am very satisfied with my Binyue and I think when it finally comes to Malaysia, you will find it appealing too just as I did.