Owner Review: Slight modifications to make it truly mine - My 2018 Perodua Myvi 1.3G

** This article is published on WapCar Community, represent the opinion of users. Click the link below to enter the community for car enthusiasts in Malaysia
https://www.wapcar.my/forum 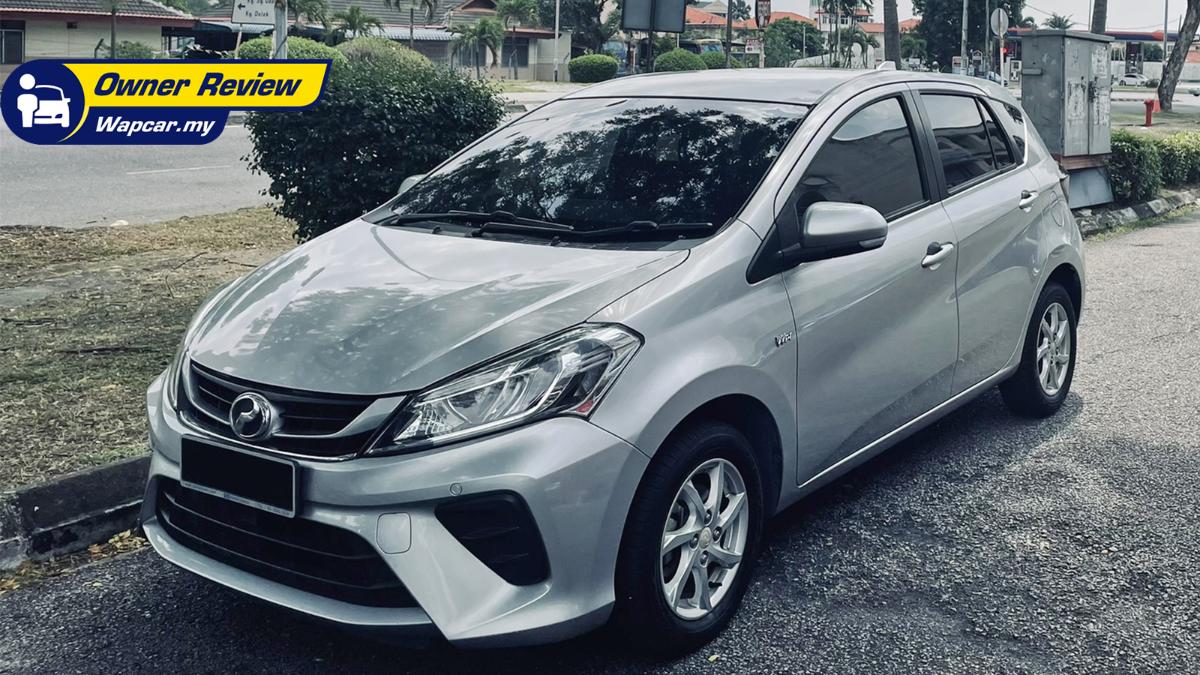 Reason why I bought this car

I bought this car over from my brother in 2020 July, he was upgrading to a Honda Civic and since I was still borrowing my mom’s Vios which I really loved, the 2010 facelift model has amazing torque. Since I needed a car of my own to travel to university and as a part-time photographer in the event industry I really needed to move around and what better than getting the “King Of Highway”. I was more than happy to buy it as I knew the owner (my brother). 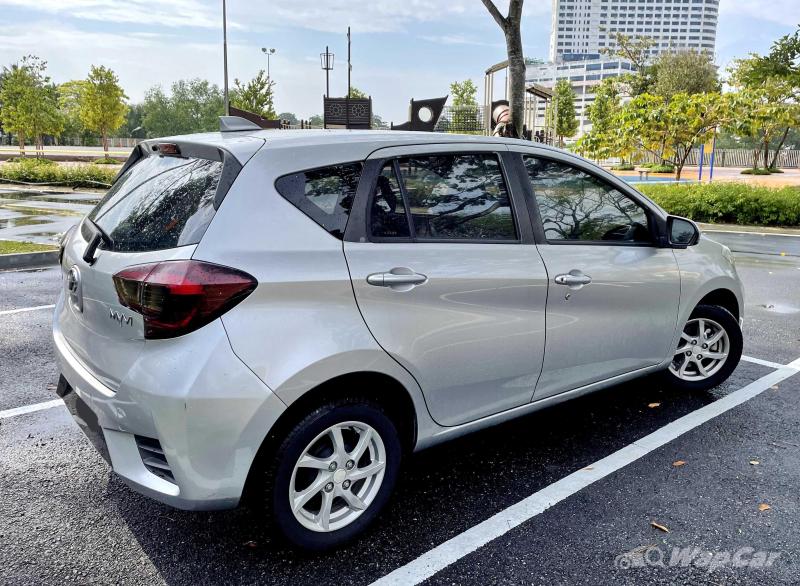 In my case I did not have a choice to select, I just had the chance to own a car at the age of 22 and I took it. As the car was bought in cash by my aunt for my brother, I had to buy it from my brother at the current market price, after negotiating we settled on RM32,000. I would be paying a loan with no interest, very grateful for this as most people at my age don’t easily get a loan. 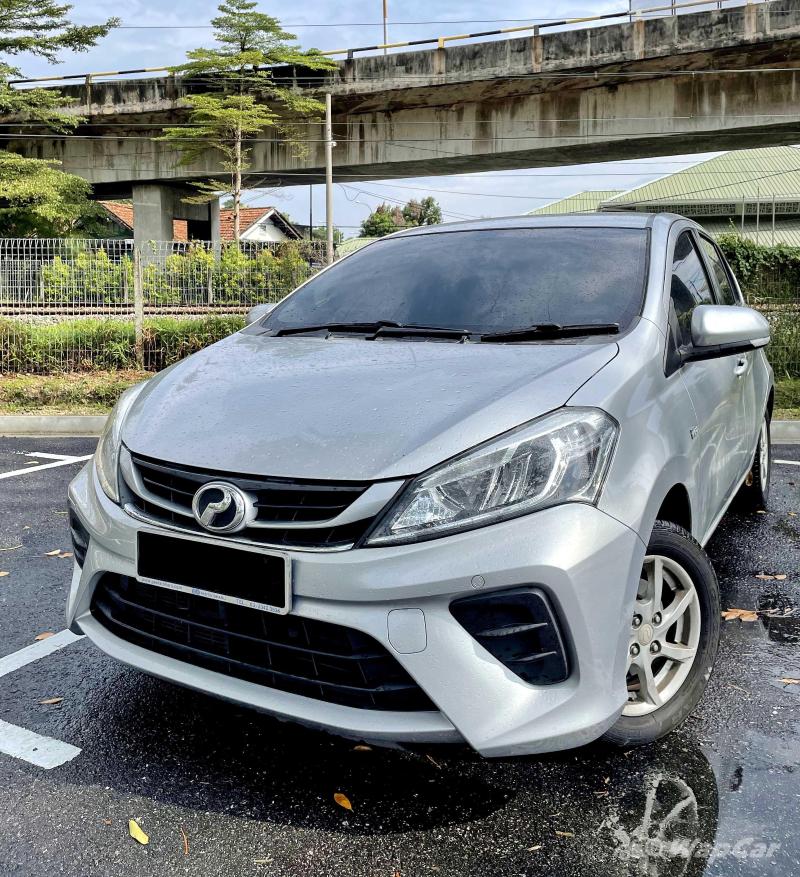 If I was given the chance to buy a car of my own, I would have most probably resorted to a Perodua Myvi so yea.

The reason why I choose this car

I wanted to get something a little sturdier, I have driven an Axia before and it feels too light, underpowered and dangerous. I had borrowed this car while my brother owned it and it was not too bad, I could cruise on the highway at about 100-120 km/h and it would still drive well. 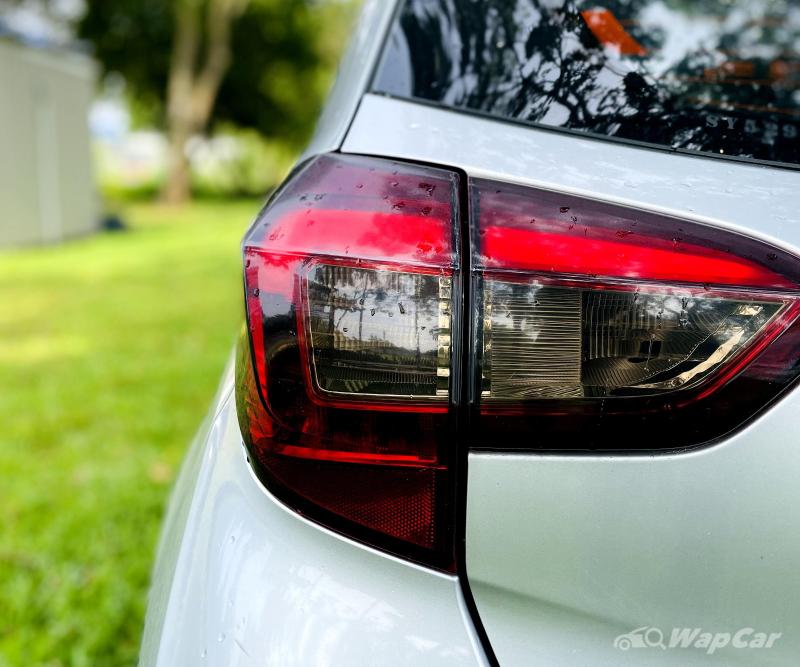 I really enjoy driving this car, at retail it costs around RM42,000 and it offers almost everything you need in your 20’s. This particular model is not seen around much as it misses some of the key features most people look for in cars these days. It does not come with a Bluetooth player, no automatic folding side mirrors and no front parking sensors (not a must for me, it’s a small car though) and no auto start-stop (glad, would have turned it off anyway). I did spend some money on the car when I got it and I feel it was worth every bit. 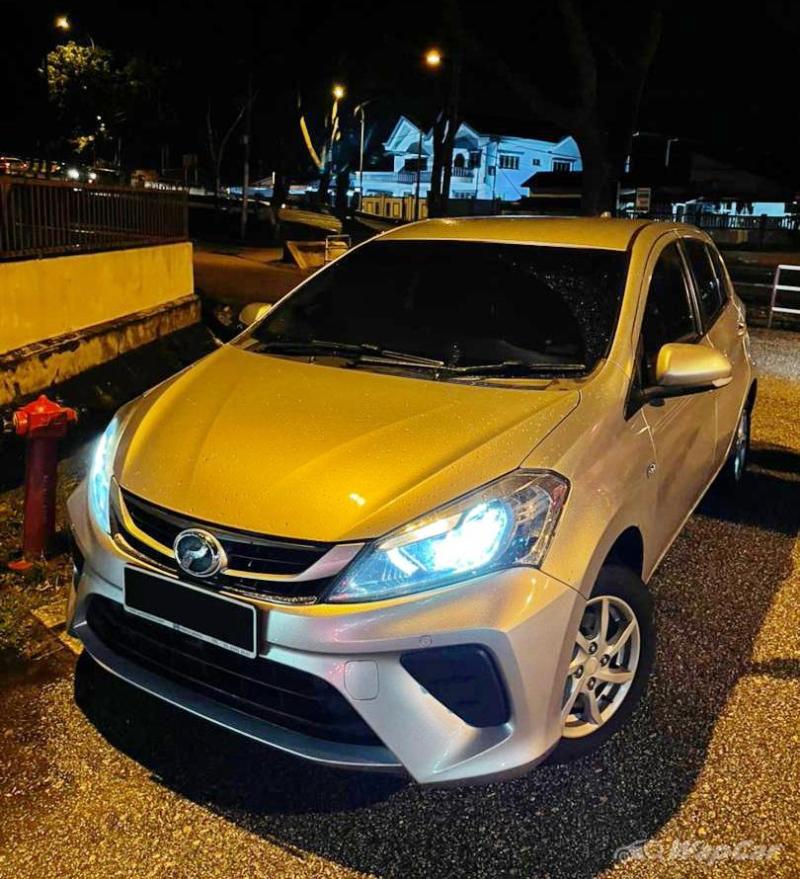 As I had to change ownership, other than spending about RM1500 for insurance the first thing I did was to tint my windows again as the previous tint on the front 3 windows were ripped off for Puspakom inspection. The tint cost me RM400 and it does really make a difference when it’s really hot. 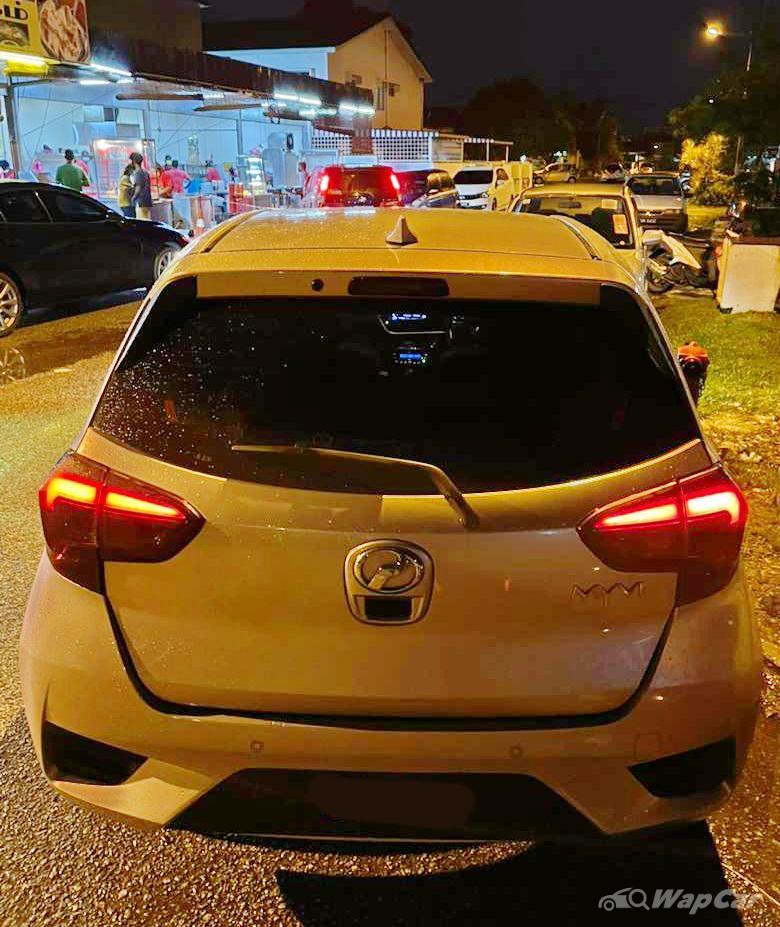 I also replaced the stock player with a Kenwood 2-din Bluetooth player that supports Apple Ipod. You could just plug in your Iphone and listen to songs and charge at the same time. Bought the player on Lazada for RM220 and installation was another 20. Installed red carpets for RM120, I also had to change all 4 tyres as the Ecopia stock tyres were worn out on the inside. I replaced the Bridgestone Ecopia tyres to Good Year tyres, the same 14 inch for RM600 in total. The tyres are not bad as I have already done 20,000 km and made sure to rotate them every 10,000km. They would probably last another year. 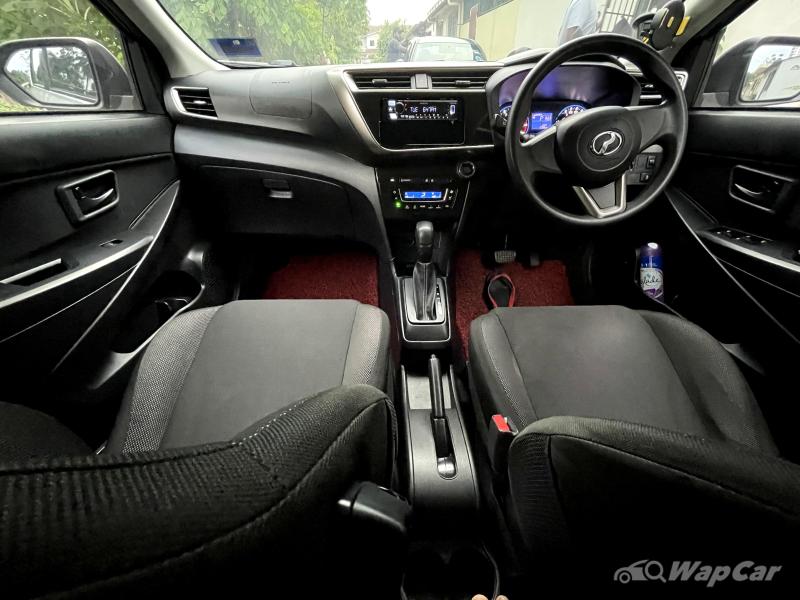 As I love listening to music, I realised Perodua gives you very standard speakers, they don’t even have a brand but I guess that’s where they cut the costs to give you a good car at a good price. Anyways I replaced them with 2 JBL speakers at the front for another RM300 and they sound so much better. Another interesting story is when it comes to service I personally feel my brother who drives a Civic pays lesser or only a little more. When I got my first service done at 70,000km my brake pads were worn as my brother had not replaced them before, the service total was about RM 800 something as they had to service the air-conditioning as well. The brake pads alone cost me RM350. I was furious at first, tried calling spare part shops and they did not have original brake pads, they had the ones that cost about RM50, to think of it, it was just not worth risking my life I rather just get it done for once and for all. 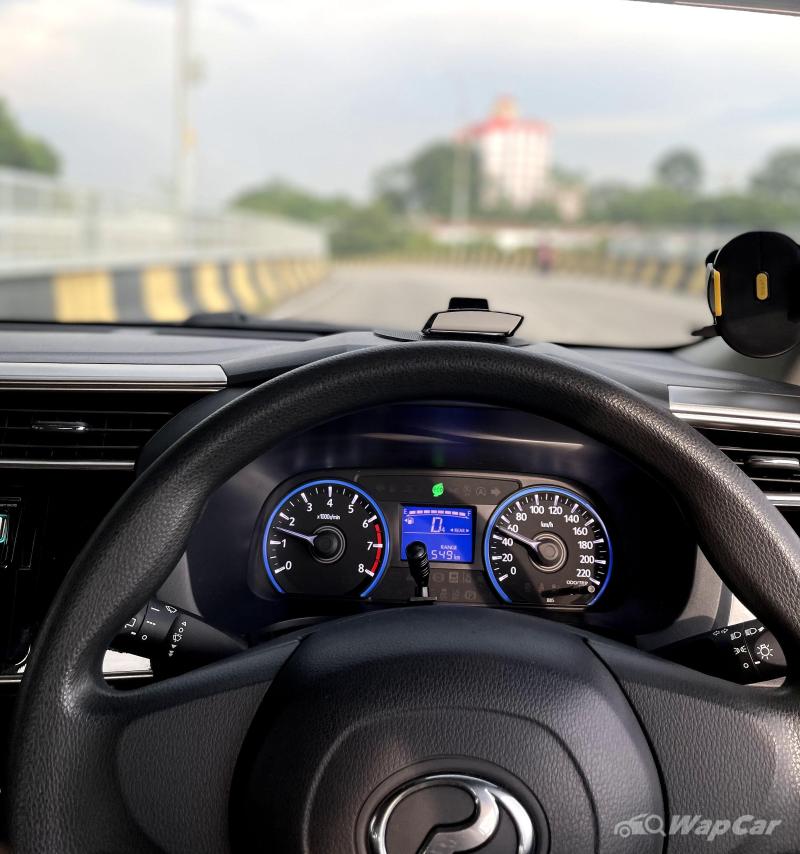 The last time I serviced at 80,000km I had to pay RM632 as they had replaced my gearbox oil as well. As a 23-year-old now, I realised owning a car is never easy, the extra costs that come with it, you just have to be prepared. The main reason why I did not modify anything on my car even though I would love to lower it and put on some sport rims, I was just afraid that it would only cost me more problems in the long run. Maybe later on I might get a body-kit and change it to sport rims when I have more money to spare. Without a body-kit, I look a little. 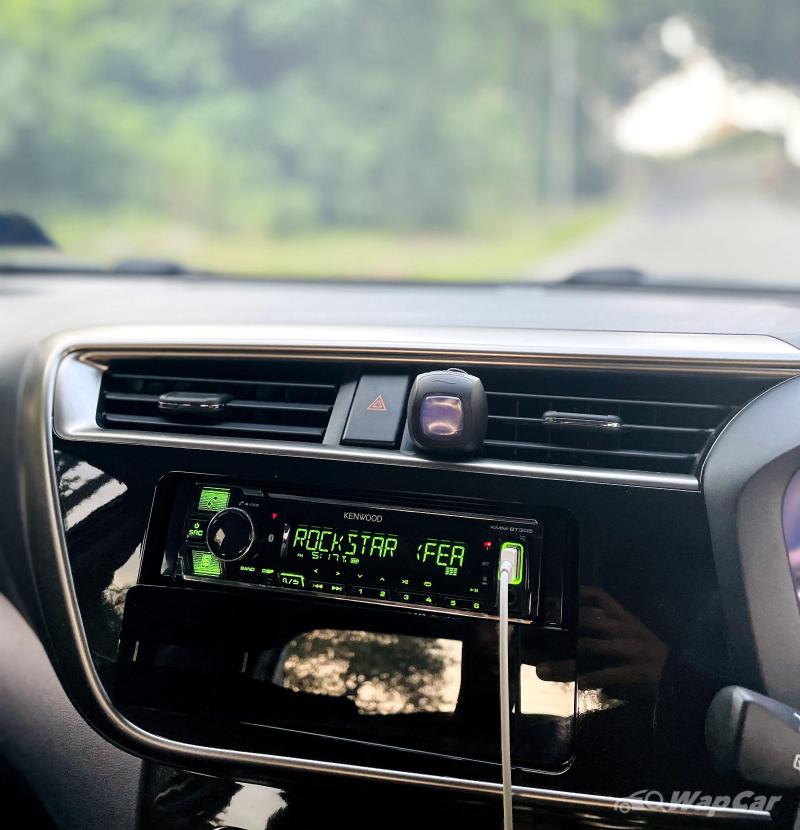 Fuel economy, when I used to do my internship at Damansara, I would drive back and forth from Klang during the weekdays and I would do about 400-420km on a RM60 full tank. Long distance driving can really save fuel with this 1.3 litre Dual VVT I DOHC engine and I always try to keep a maximum of 90-110km/h to save fuel. The fastest I have gone was 160km/h once on an empty highway (please don’t use Myvi to do this) It was of course scary as it looked like it was too much for the car too handle but of course buy Myvi best to keep below 110 km/h to enjoy its fuel economy perks. 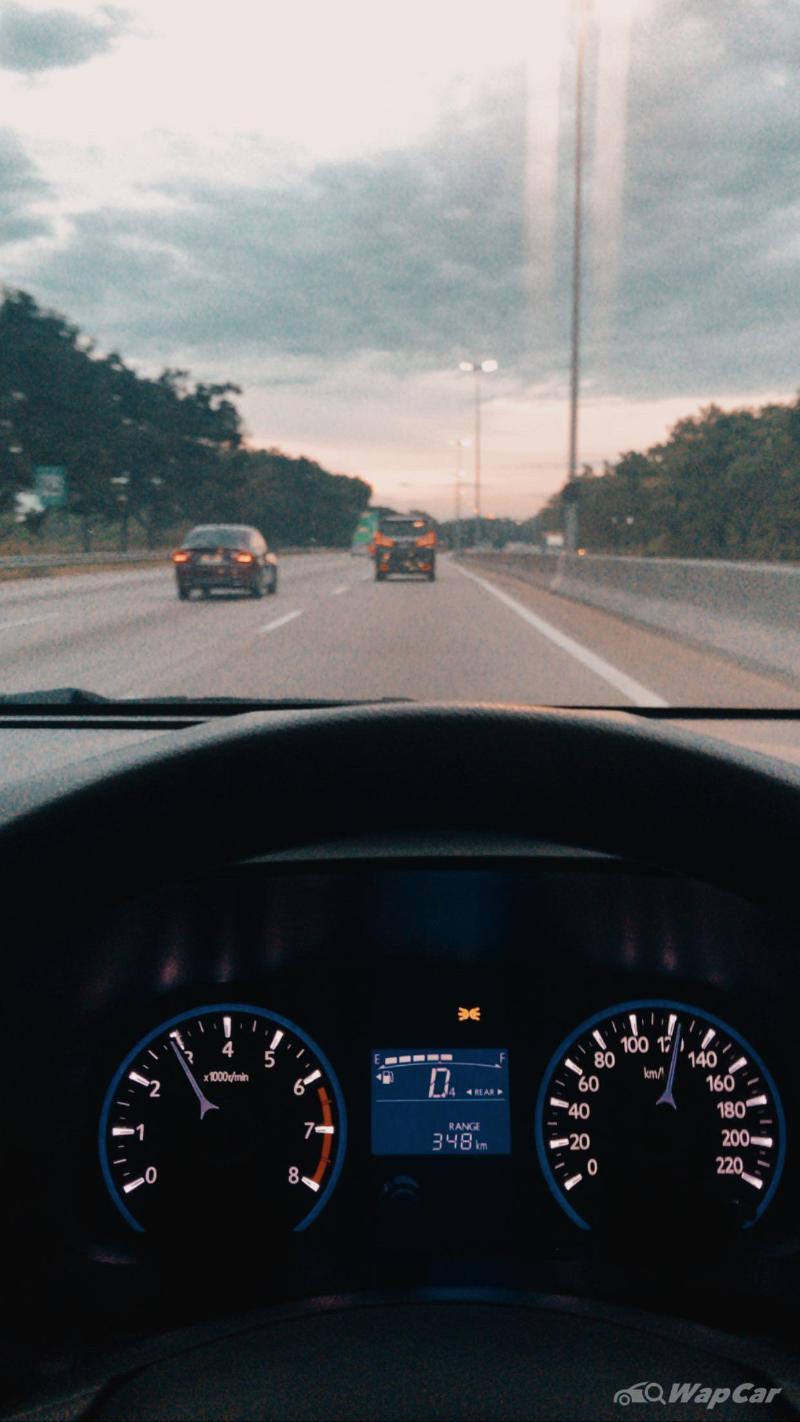 When I drive around the city, a full tank of RM60 would give me about 350km maximum which is not too bad too. The engine is not too loud compared to previous Myvi which is nice when you’re cruising on the highway. Total money spent including insurance and service for a year: RM 4472. 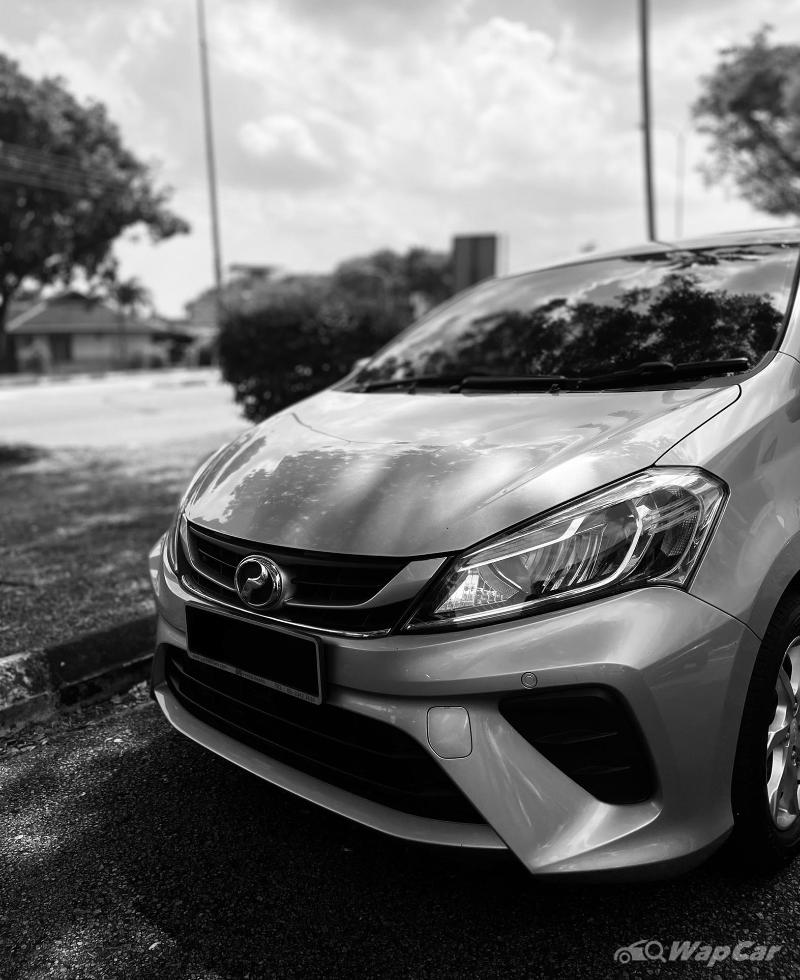 In short it’s a really great car for someone in their 20’s who wants to save fuel to get around. It has most of the necessary features needed and some add ons that are convenient like the keyless entry. This Perodua Myvi 1.3 G can be a great start for those who are at the start of their career nonetheless the servicing at a Perodua Service Centre can burn a hole in your pocket but as long as you are trapped under the 5 year warranty just do it there. After that you should find a mechanic that is able to advise you honestly on what needs to be changed after an inspection. 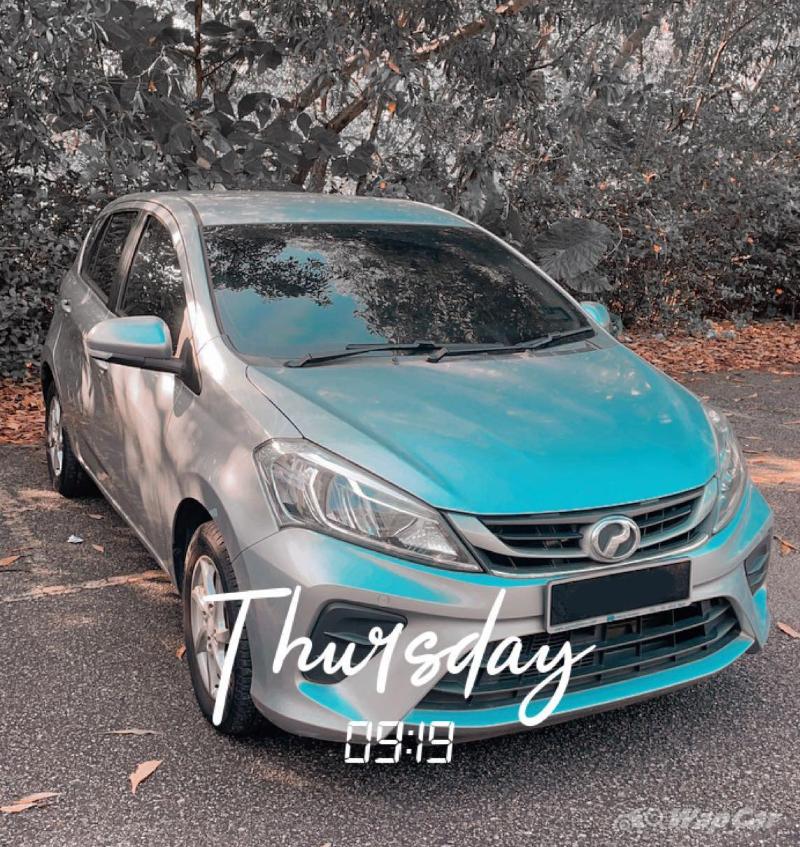 When my brother use to own the car, at about 6 months old when my brother was due to service he realised the gearbox was jerking on and off and he brought it to the service centre as it was due for service as well and told them to check on the issue and found out that the gearbox had an issue and cannot be repaired, Perodua had told my brother that they would need to send it to their headquarters in Rawang and get the gearbox replaced. 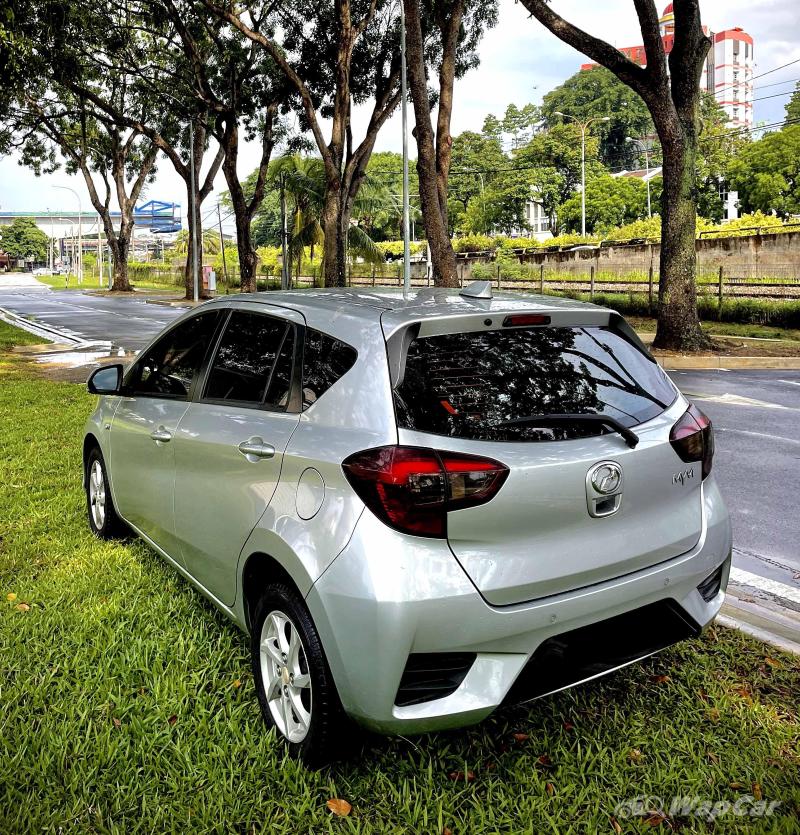 With only 6 months done on the car thank god for warranty. I spoke to Perodua on behalf of my brother to get him a replacement car but they were not going to give one until I made a few calls. After all it was not my brother's fault that the gearbox failed and he deserves to have a replacement car as they said it would take about a month or two to get it replaced. Eventually they gave us the previous Myvi 1.3 for 2 months until the car came back, thankfully the gearbox runs smooth until now. 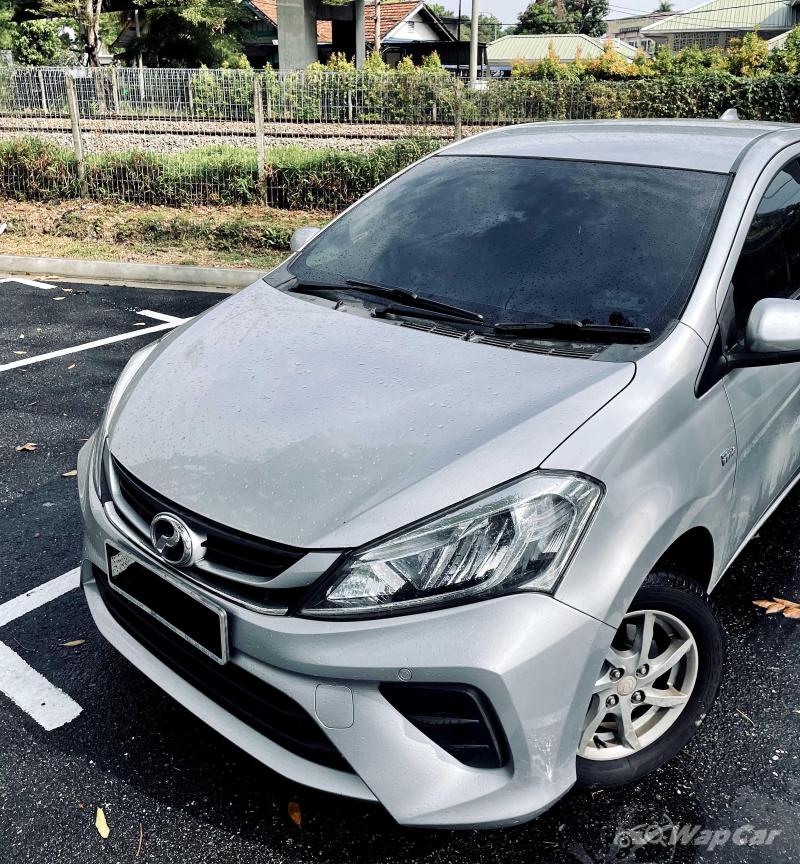 We were shocked as we have not encountered such a problem with any of the new cars in our family, what more after 6 months right. After doing 70,000 km I had also got my fuel pump replaced because of a nationwide recall on the part.