Owner Review: Tyre blown out at 180km/h - Near-miss experience in my Proton Waja

** This article is the personal experience of a 2002 Proton Waja owner and does not necessarily reflect the views of WapCar. 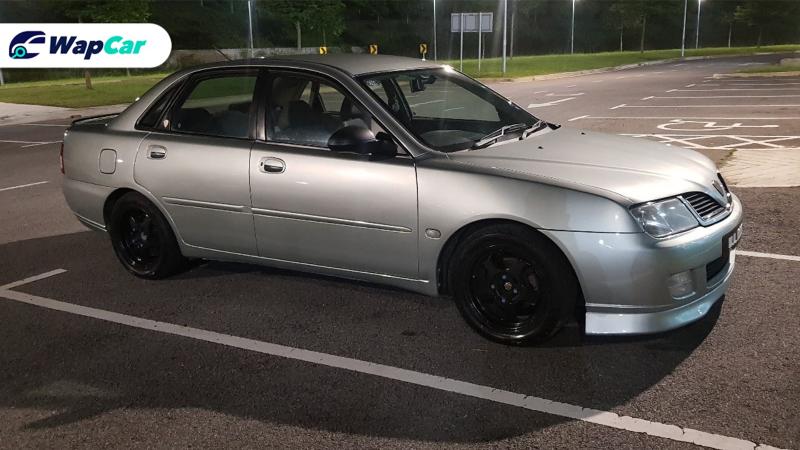 It all started when my dad drove home a 2nd-hand bought 2002 Proton Waja. It was bought in 2005, and was in Artic Blue (still maintaining the same colour).... At first, I was excited because it was a Waja man.... And straight away I sat in the Waja and started to touch and feel the dashboard and all other parts. It was modern and contemporary at the time. The centre dashboard facing the driver and classy looking steering wheel. No wonder the Proton Waja was a 3-Series contender.

And the best part?? I went to the boot to see if the 6 disc changer was there.... Before opening the boot I was praying like hell.... and then there it is.... a 6 disc changer by Clarion. Ahhhh heaven.... and i started to get my CDs and fill all 6 slots. And the sound system was pretty good that time.

I remember Waja was the first car to integrate/built-in audio system into the dashboard and 6 speakers setup as well.

So I loved the body colour and the design(I was a car design freak).... and I wasn’t confident about the driving dynamics. Back then I was 15 years old and didn't have the knowledge about any driving dynamics. And then one fine day it was tested...

I was driving along in my housing area.... there was a pothole and there is another car that came on the opposite road. And I slammed on the brakes really hard and swerve to the left of the road. On the left side, there was a riverbank. And it handled well and stopped right on almost the edge of the river bank.

From there I started to love the car much more!!!! And after years passes by it had a major accident which caused my dad had to write off the car. But I went to dad told him I loved that car very much, and he didn't write it off..... it took quite a hard hit at the front and back.

Even in that condition, the cabin shell was intact...doors managed to open and close. But both front and back pretty messed up....and months later the car came to our house again....good as new....the workshop did a pretty good job on getting the Proton Waja back to its original state, bodywork done perfectly.

Finally I decided to take over that Waja. So I did...

I bought my parents a brand new car and I took the Proton Waja for my self. From that moment begins the mods. I slowly changed the wheels, as I remember it was 17" SSR Type C. It looked good tho, and slowly did some minor mods like changing the radio player, tinted the car (because my budget wasn’t that great at that time). I tried to keep the car stock as possible since I'm not a fan of body kits. I maintained the stock outlook because I didn’t want to mess up the looks, that shoulder lines, that chin lines on the side of the bumpers, even the interior is stock as well. I didn't move a thing, even the seats are in original condition till now (I'll explain later why I kept that seats without changing).

And later on, I changed the wheels again, to 15" Regamaster Evo2 WITH second-hand tyres.

So after changing the wheels I and my sister went to Subang for sending her to school. At that time I was doing about 170-180 ish on the highway. I was speeding because she was late for her class and I was late for work. 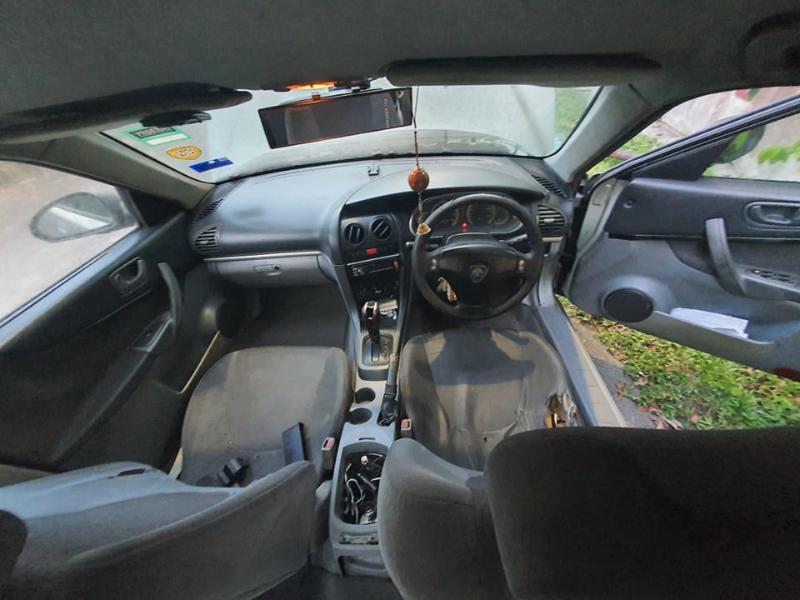 So as I was driving and then suddenly my front right tyre burst out of nowhere. Imagine I was doing 180 and the tyre gave up..... damn man... I thought I was dead.... but still managed to stop at the roadside without any causalities... it didn’t jotter it didn’t even move about.... slammed on brakes... stopped right away.... (the brakes was stock tho)..... and the damages were nothing. Only damaged the rim.

Proton Waja was designed to be most stable on the road. It was one of the first cars to have Lotus ride and handling treatment. Even the engine was very underpowered but still, the body and stability were pretty satisfying. Till you forget the underpowered engine. It was that fun.

And it has all the first for the brand amenities such as it was the first Proton to have Projector headlamps and fog lamps, buttons on steering wheels, 6 speaker setup, proper rear passenger room light, rear power socket, rear third window design, auto air-cond vent, and not many people realise that Proton did use their steering wheels to mix match on other cars, but not Waja's... it was only used on that car. 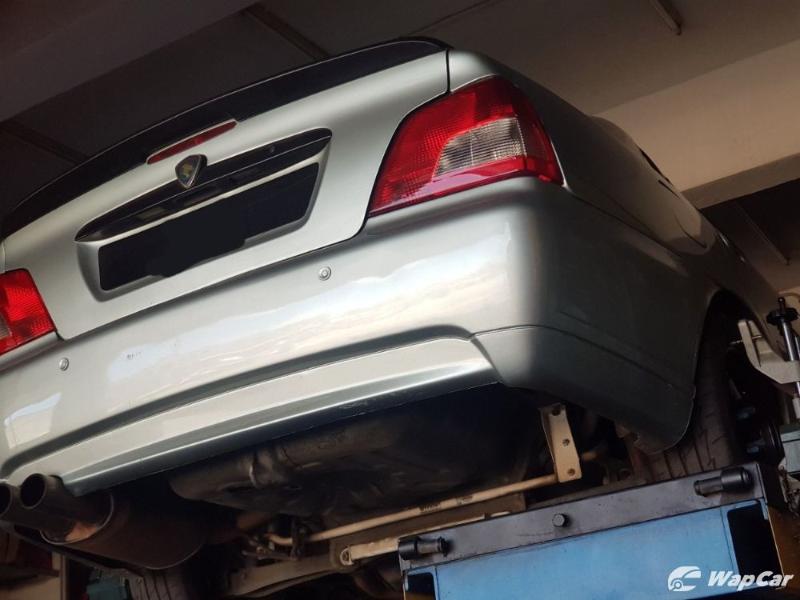 Fast forward again, I have swapped the engine to 4g93 sohc1800cc... because the old engine has given up on me. And I slowly did modify the engine installed e-manage blue as well. It flies man. I almost clocked 220km/h by chasing a Civic FD.... hahaha...

Because of my inferior driving, I had to change gearbox 3 times. And after that I kenot laaaa.... poket koyak....

And so I added front lips and r3 rear spoiler and added H&R lowered springs. And always have my Waja with the best tyres, Bridgestone RE003s. They are amazing tyres. Well suited for a heavy body like my Waja.

So, now after my both parents passed away, I never wanted to sell that Waja, people came asked if I wanted to sell it. I refused their offer. One guy offered me 15k for that Waja, still, I refused, because the car was maintained properly by me, and never misses oil changes and so on. Now I have another car for daily driving purpose the Waja sits quietly in my car porch.

I will never sell that car and will let go in any circumstances.