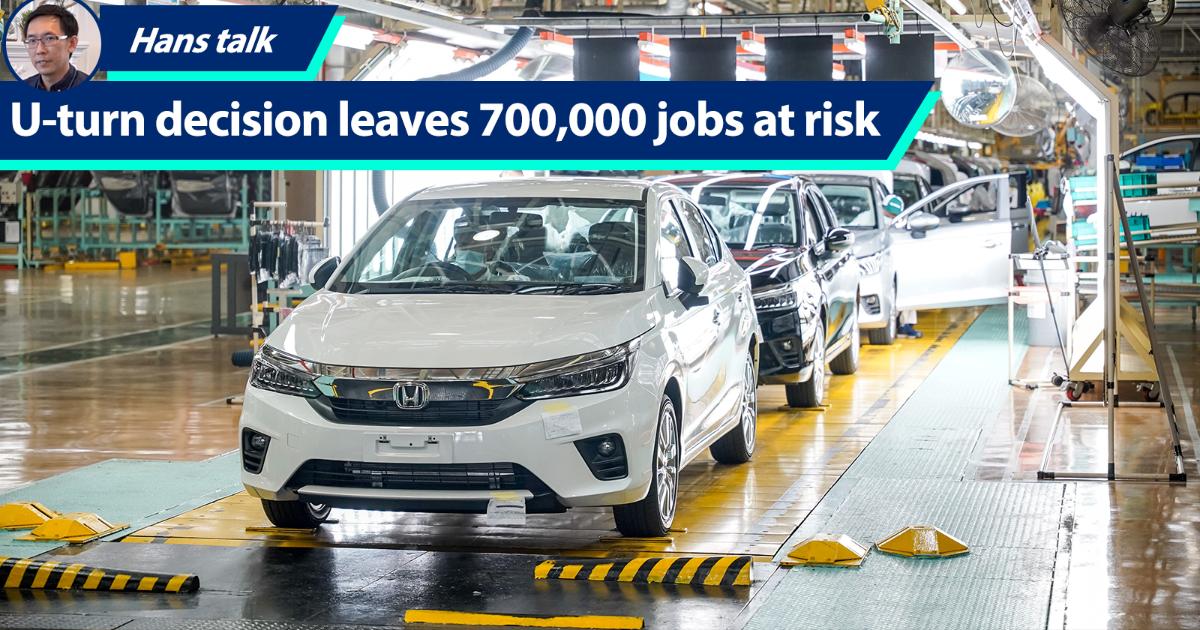 The following day on Tuesday, MITI (Ministry of International Trade and Industry) confirmed that automotive manufacturing and car workshops (including collision repair body and paint centres) are allowed to continue operating.

By 9 pm however, the government quietly issued a revision, retracting an earlier approval for automotive manufacturing to continue operating.

Blink and you will miss the revised document’s bullet point for Automotive, tucked away in an attachment labeled Lampiran 1, where the keyword ‘manufacturing’ has been deleted.

That’s not a very good way to make an important announcement that affects a sector that contributes 4.3 percent to the country’s GDP (2019 estimates, MARii), and employs over 700,000 people (MARii, 2020).

By 10 pm, frantic calls were being made and WhatsApp messages were flying but it was too late to do anything. 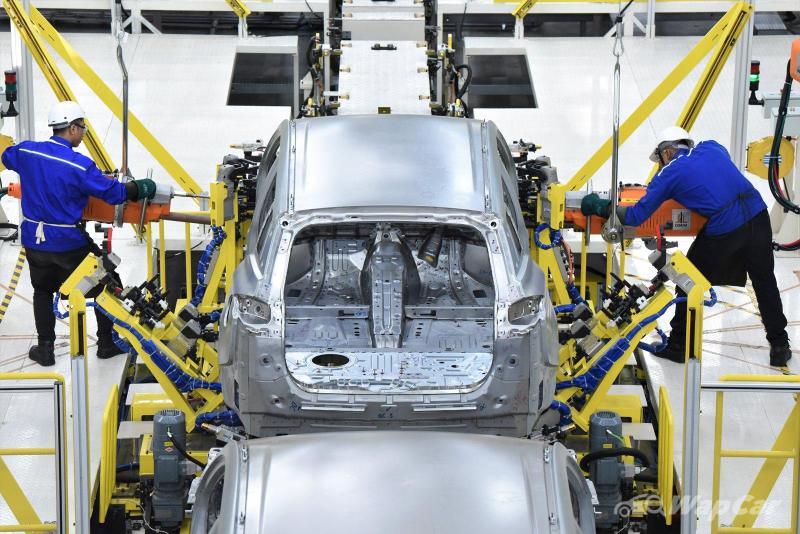 Meanwhile, other manufacturing sectors including electrical and electronics, oil and gas, as well as rubber gloves (which was responsible a bulk of the Covid-19 clusters mind you), are allowed to continue.

Automotive manufacturers are generally very compliant to regulations. When you supply parts that goes into cars that carry the label of major international brands, you have to meet their standards, not just in terms of quality, but also health, safety, and environment.

They will, and have been strictly adhering to SOPs, but of course, there are still a small number of cases

What we are saying is that no automotive manufacturer and their vendors have been accused of keeping their workers in overcrowded, unsanitary hostels.

All car manufacturers, especially big names like Honda and Toyota, have to their own internal health, safety, security, and environment (HSSE) audits, which extends to their suppliers and the results are compiled into their annual sustainability report, compulsory if you want to do business in places like Europe.

What the industry players are saying

An executive at a local car manufacturer told WapCar.my on Wednesday, the first day of MCO 2.0, “I have foreign partners to manage as well. How do I tell my foreign partner that my government made a U-turn on the same day after confirming that automotive manufacturing can continue?” 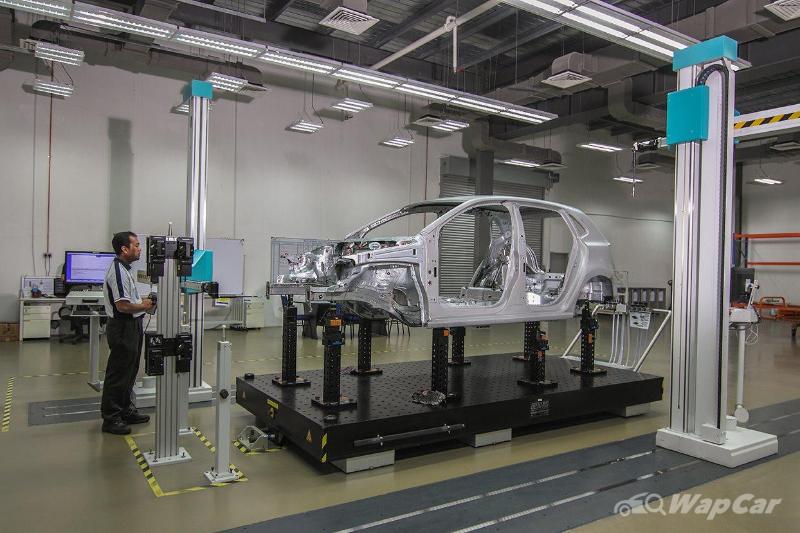 A frustrated automotive industry executive, who is still figuring out how to keep his company’s service centres running said, “So dealers are allowed to sell cars, workshops are allowed to open, but manufacturing plants have to stop. So who is going to make the cars and the car parts?”

Another asked rhetorically, “So hotels are allowed to operate, but we can’t?” 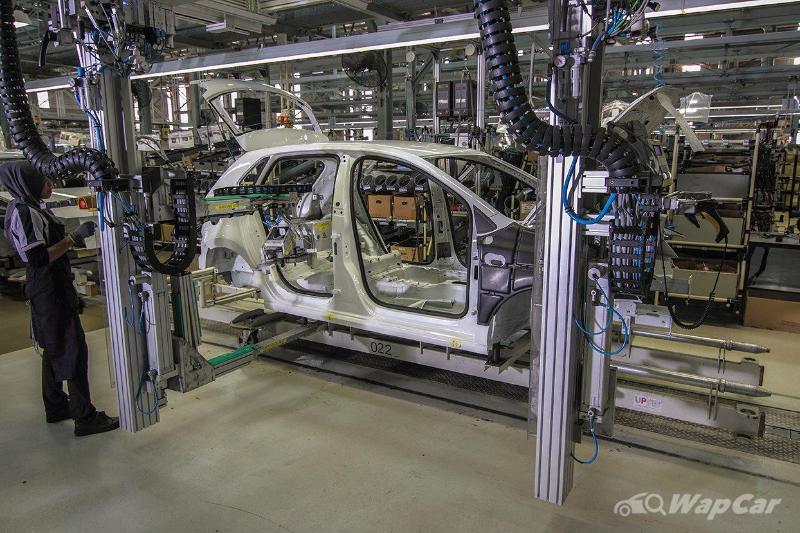 The Malaysia Automotive Robotics and IoT Institute (MARii), an agency under MITI, also stepped in to issue a rare rebuke to the government, saying:

“In 2019, the automotive community exported at total of RM 13.1 billion worth of parts and components to regional markets. In 2020, the same sector has exceeded the RM10 billion export figure (ending October 2020), a significant performance with respect to a year where the nation faces the pandemic. Such momentum would be significantly impacted with another halt to operations, that has been adhering to strict SOPs in accordance with recommendations of the health ministry and national security council.”

What’s the impact to consumers?

If you have placed a booking for a new car, you are in for a very long wait.

Think car maintenance is not needed during MCO? How do you think fresh produce from Cameron Highlands and Genting get delivered to Jaya Grocer? Those Toyota Hilux still clock a lot of mileage, so are the Toyota Hiace and Nissan NV200 vans delivering your online orders. Heavy duty trucks need parts for maintenance too. 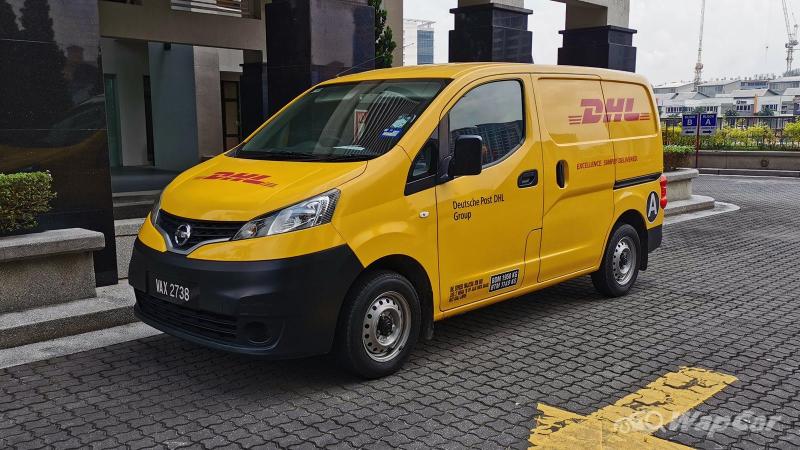 Even for private cars, remember that your service interval says 10,000 km/6 months, whichever comes first, the last part is crucial.

Most companies today operate on the philosophy of Just-In-Time (JIT) to minimize warehousing cost. Yes companies have a warehouse but if the stop-work order prolongs, this will be a problem, especially for high volume consumables. Remember that businesses in half of the country are still operating as usual.

If you had an accident recently and your car is waiting for repairs, then that's really unfortunate because you crashed your car (or got hit) at the worst possible time.

Longer term impact in terms of delayed product launches will be felt beyond 2022. More on that in the following sections.

What exactly is the problem?

To find out more on the impact to the industry, we spoke to Michael Khoo, President of Honda Malaysia Vendor Association, which represents 76 local vendors. 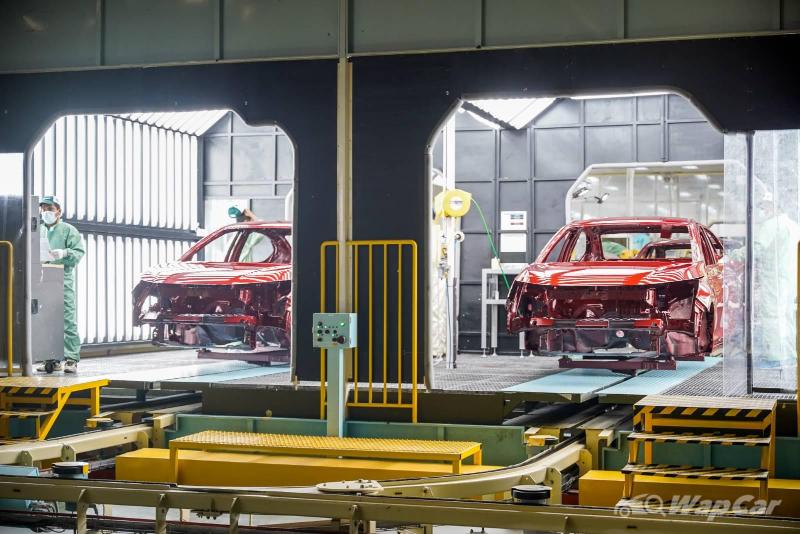 The Honda name attached to the association is just symbolic, because this group of vendors are also part of similar vendor associations in Proton, Perodua, and Toyota, which together with Honda, are the top-4 biggest local car manufacturers.

They collectively supply parts used by more than 70 percent of locally-assembled models.

If these vendors, most of them located in Klang Valley and Penang, are unable to start operations, many other brands regardless plant location, will not be able to resume production. 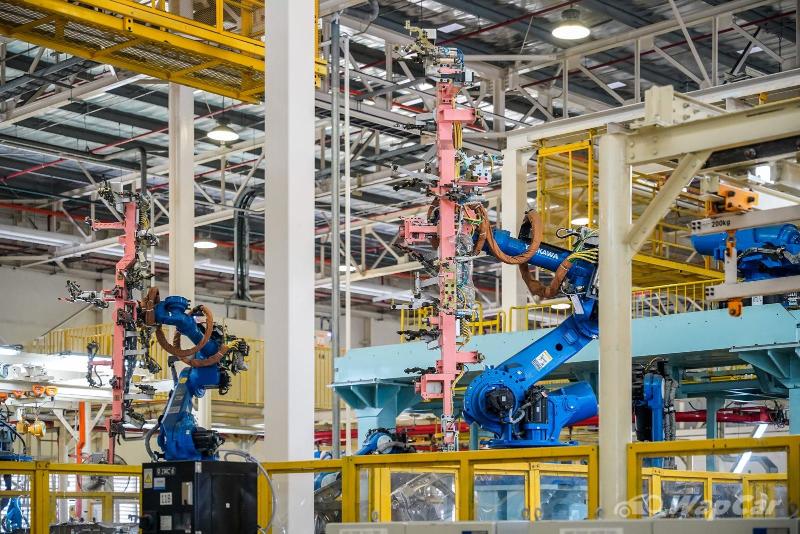 To be clear, Khoo stressed that flattening the Covid-19 curve is absolutely crucial, and emphasized that no company will want to be associated with a Covid-19 cluster.

“We are not against the MCO. However, the plan needs to manage a balance with survival of jobs and businesses. Every day we are required to provide the status of SOP compliance to OEMs.” 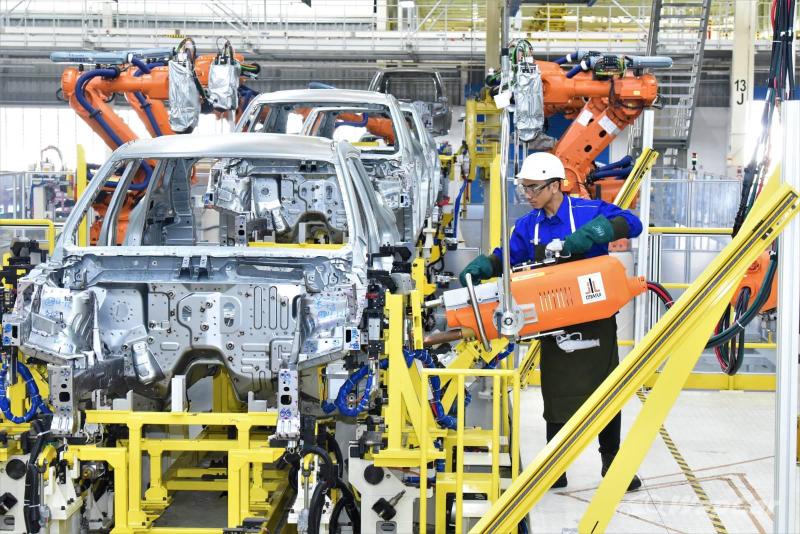 “If you keep starting and stopping production, quality will be affected,” said Khoo, adding that staff will also need to retrained and retained. 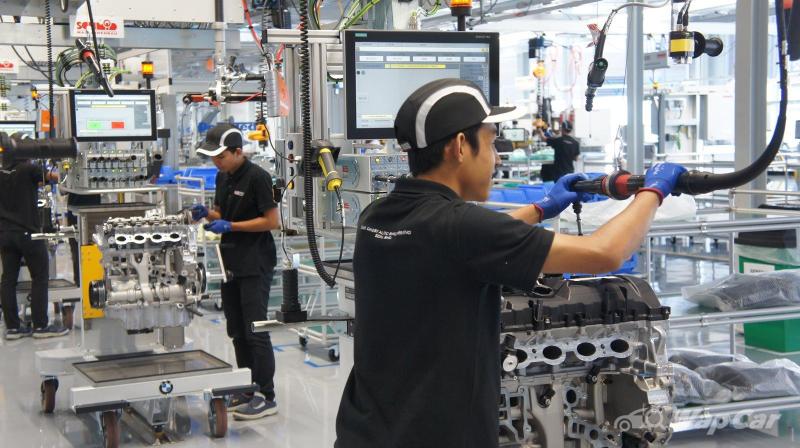 Building a car is not the same as making pizza and the car industry don’t exist in isolation.

Raw materials are sourced from various parts of the world and the network of parts vendor ecosystem is spread out so wide, across so many countries that nobody, not even car manufacturers themselves can tell you exactly where the interconnected web stops.

Tier-1 vendors like those run by Khoo and his peers rely on smaller Tier-2 and Tier-3 vendors further down to the supply chain. If they don’t operate, the Tier-1 vendors have only maximum of 5 days’ worth of supplies to continue operation. After that, no work can be done. 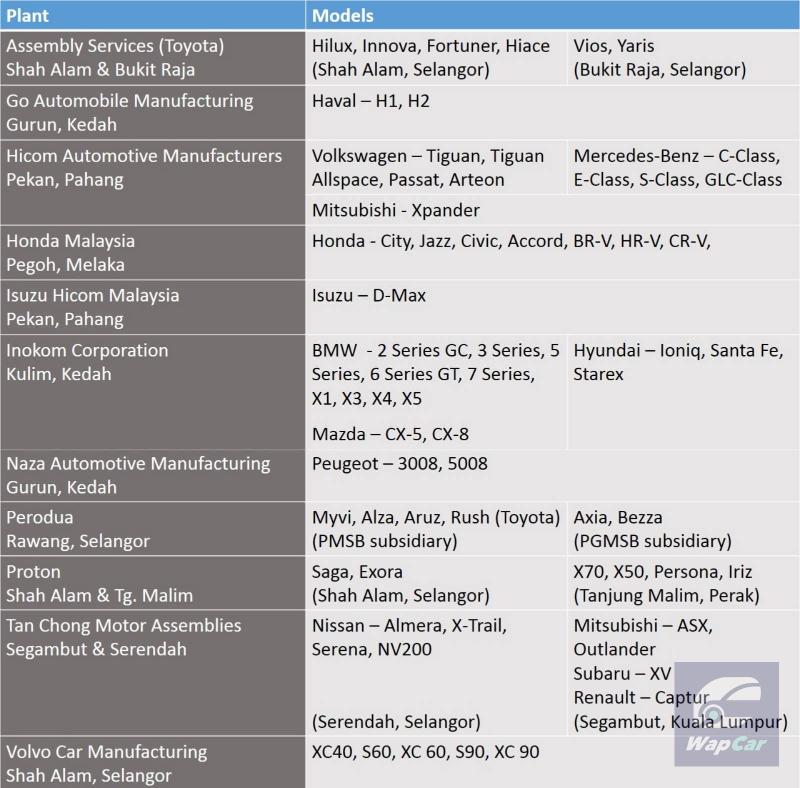 It doesn’t matter whether a car plant is located in Shah Alam (affected by MCO) or Kulim (not affected), because if they both rely on a part made by a plant in Penang (affected by MCO), both plants won’t get the parts.

“The manufacturing industry requires at least 3 months lead time in planning. The materials that are coming in now in January 2021 were ordered August 2020. We can’t cancel the order just because work is stop. Investments for CAPEX and OPEX have been made but our plants are left idle,” said Khoo, whose own company had recently placed order for RM 5 million worth of equipment but is bracing for losses as new model launches are delayed.

The timelines for new model launch programmes are usually firmed up 18 months in advance.

Vendors have to make the necessary preparations in terms of equipment investment, while orders for raw materials/sub-component have to be made at least 3 months in advance.

Place an order too high and vendors lose money, place an order too low and they won’t be able to support their clients. Vendors rely on volume forecasts made by car manufacturers, which needs to be as accurate as possible. Deviations of more than 3 percent is considered bad enough. 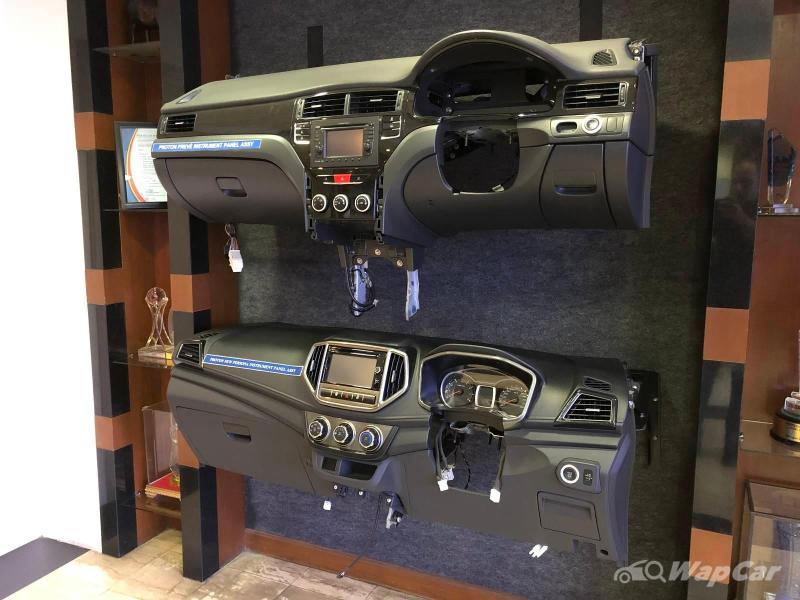 Right now, with the stop-work order (which nobody knows will drag on for how long), all plans are on hold, and if the situation drags on, the repercussions will be felt until 2022.

“Normally, Malaysia will launch a new model about 6 months after Thailand but with the current situation, it may drag to 9 months,” said Khoo, who believed many new model launches have been delayed, even after MCO is lifted. 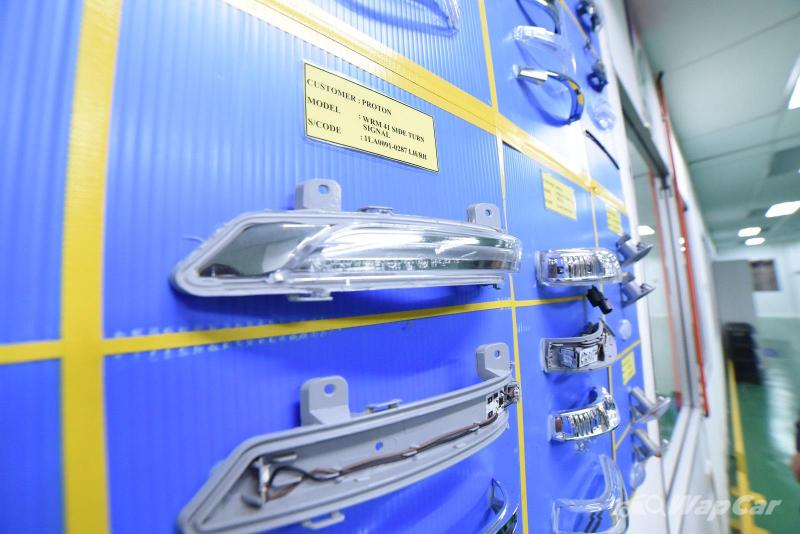 Beyond 2021, Khoo says Malaysian vendors will have a difficult time negotiating for a higher allocation of raw materials like steel plates etc.

“This industry is highly competitive and we are competing with vendors from many other countries to secure raw materials. The nature of the manufacturing industry means that everyone wants to avoid over-capacity/over-production so the practice is that your allocation is based on the value of your orders made in the previous year. With the frequent stop-work order, few will be confident enough to give us a higher allocation,” said Khoo, who adds that vendors also rely on volume forecasts by manufacturers to determine their orders for the next quarter/year.

“Right now, it’s very hard to get an accurate forecast,” he said.

This will have a direct impact on the vendors’ ability to support future new model launches, and it could mean longer gap between a new model’s introduction in Thailand or other regional markets, versus local launch.

Many local vendors also do export to other countries and the sudden stop-work order has angered many international clients, who will certainly move their future business to manufacturers in Indonesia, Thailand, or even Vietnam. 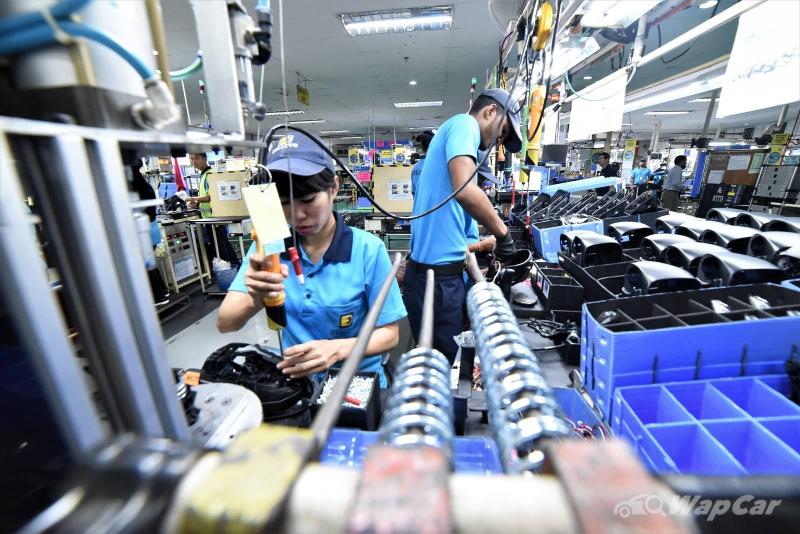 Citing examples of best practices used by other countries, Khoo said that Japan for example, did not stop manufacturing activities even when Tokyo and Osaka went into lockdown.

“Manufacturing in neighbouring prefectures like Saitama continued, but staff in head office located in cities like Tokyo and Osaka will work from home. It’s the same with Thailand, and to my knowledge, Indonesia too. This is because manufacturing is very important to the economy,” he said. 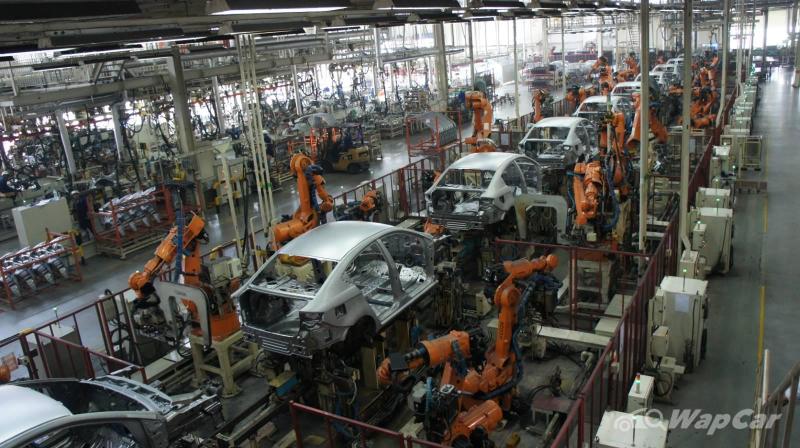 Khoo suggests that manufacturing plants should be allowed to operate at least at 50 percent capacity. This is after acknowledging that for many vendors, operating below 70 percent is already operating at a loss, but some compromise is necessary. 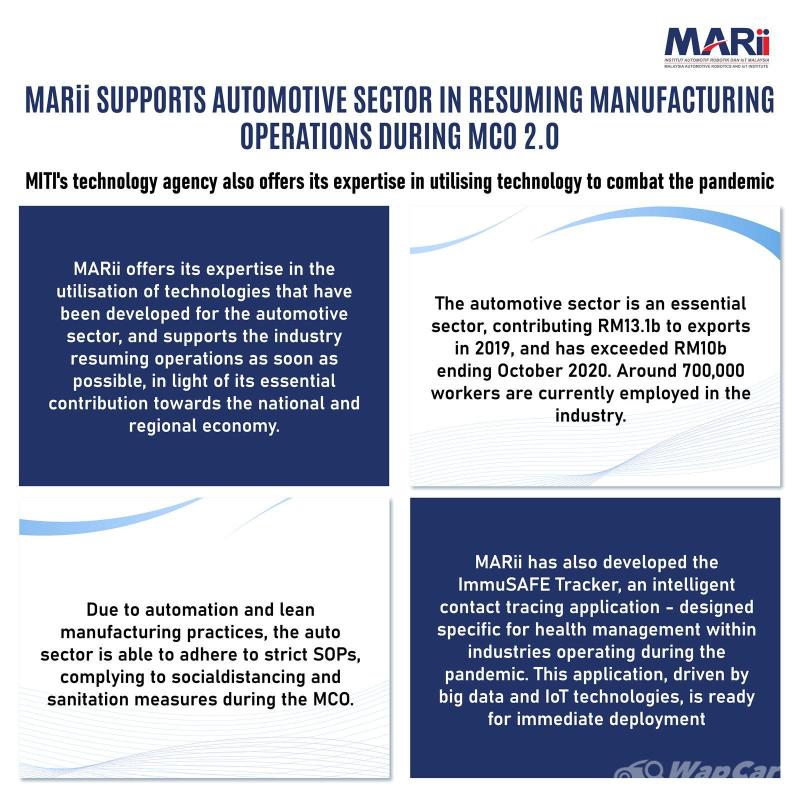 But before we accuse the National Security Council (MKN) for mishandling the issue, remember that MKN has done a fine job in clamping down Covid-19, until recent political events lead to the latest spike.

“The MKN is doing their best to handle the situation but I think they may have been given wrong information or advice,” said an executive at a local car company.