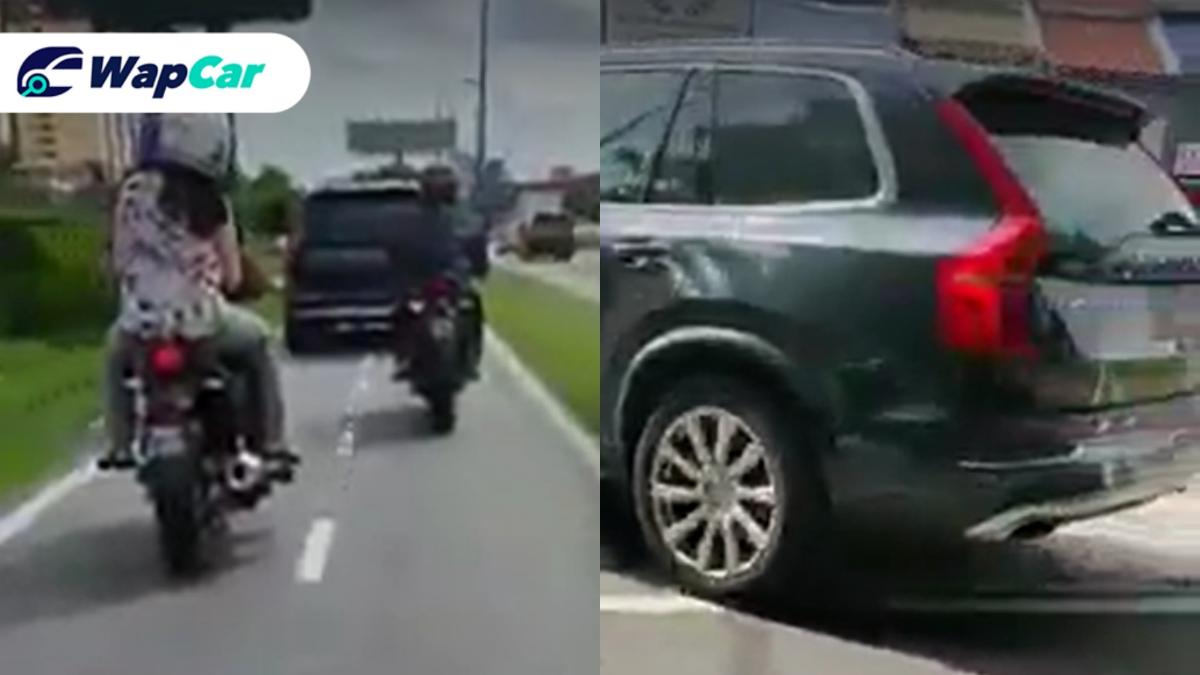 A video of a Volvo XC90 cruising along the Federal Highway motorcycle lane has gone viral recently. The Royal Malaysian Police force has now announced that they are on the manhunt for the driver of the SUV.

The video showed number of motorcycles grouping together behind the massive SUV while riding along the motorcycle lane heading towards Shah Alam.

A number of motorcycles were later seen coming to a stop in front of the Volvo and blocking the lane to force the driver to head back to the main road.

PDRM announced that they have already received a police report and will be investigating the incident under Section 74 of the Road Transport Act 1987.

Currently, the only information that PDRM has about the Volvo is that it is registered under a company. They encourage anybody who has further information to step up.