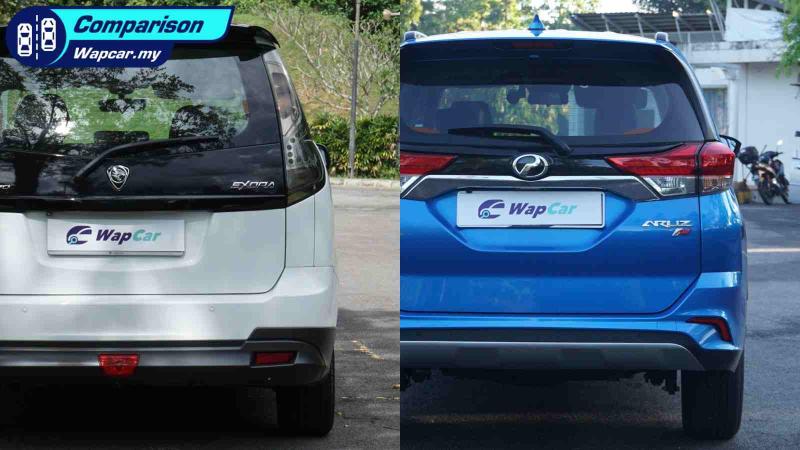 Before we start the story, allow us to clarify: No, the Proton Exora and Perodua Aruz are not in the same segment. The Exora is an MPV while the Aruz is an SUV. But the reason we’re comparing both cars together is because they’re similarly priced (the Aruz from RM 72,900, Exora from RM 59,800; before SST exemption) and they sit 7.

If you’re wondering that the Perodua Alza would be a better comparison to the Exora, allow us to explain that though the Alza sits 7, it is more of a 5+2 setup rather than a proper 7-seater like the Aruz and the Exora. And the MPV is priced lower starting from RM 49,944 onwards. 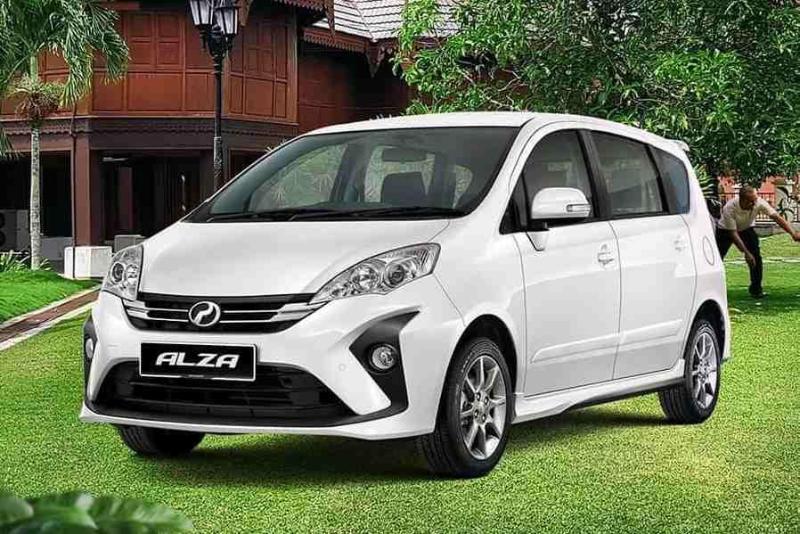 With the dedicated design, the larger 7-seaters offer more useful space in the third row making them better options for those who genuinely need the use of all 7 seats.

But I digress, back to the comparison.

As you know the Proton Exora has been around for 11 years and have yet to receive a full model change.

Though Proton has done their job in keeping the Exora up to date with minor add-ons throughout the years like refreshed looks and a new infotainment system, there is still no masking the MPV’s age. 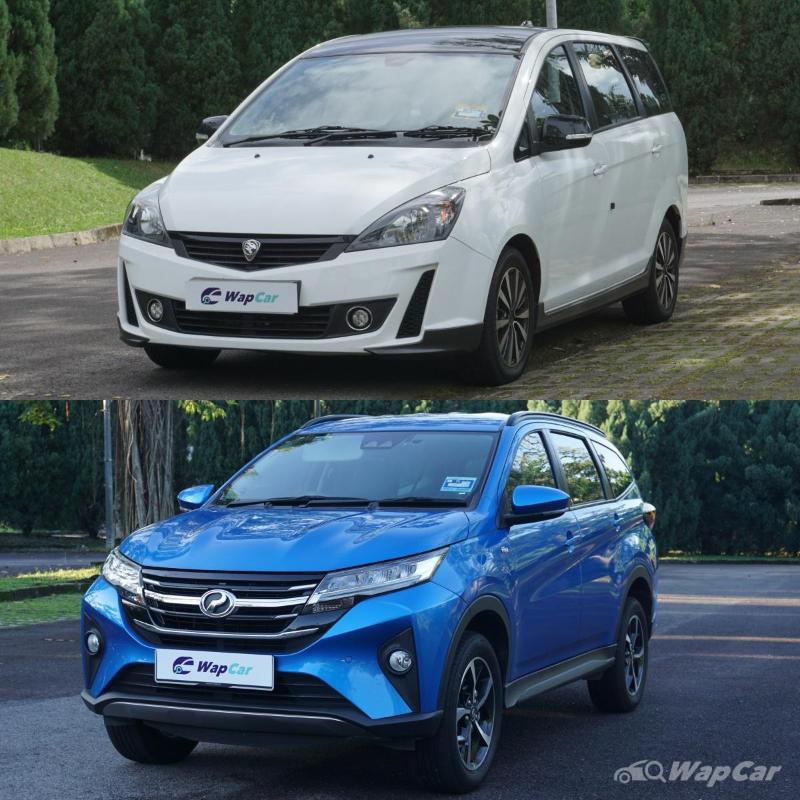 Meanwhile, the Perodua Aruz was launched in early 2019. So, not only do buyers get a modern product, they will also get access to various modern safety features like Perodua’s ASA 2.0.

The handling – Exora gives you an arm workout

Typically, 7-seater vehicles of any type don’t come with a phenomenal driving experience. Both the Perodua Aruz and the Proton Exora are the same.

Comparatively, the Aruz is a much easier car to drive compared to the Exora. The Exora’s hydraulic steering can only be described as numb and heavy. There’s very little feedback from the steering so it makes parking the MPV a tad more difficult than the Aruz.

Meanwhile, the Aruz’s rear-wheel-drive set up allows the SUV a smaller turning radius (5.2 m compared to the Exora’s 5.4 m), so parking the Aruz is much easier.

But, having a heavy steering isn’t all bad though, when cruising on a highway the Exora is a much more comfortable option between the two cars.

This is where the Exora shows its age. Proton has not updated the MPV’s engine since 2011 when the company added a turbocharger to give the engine more punch. 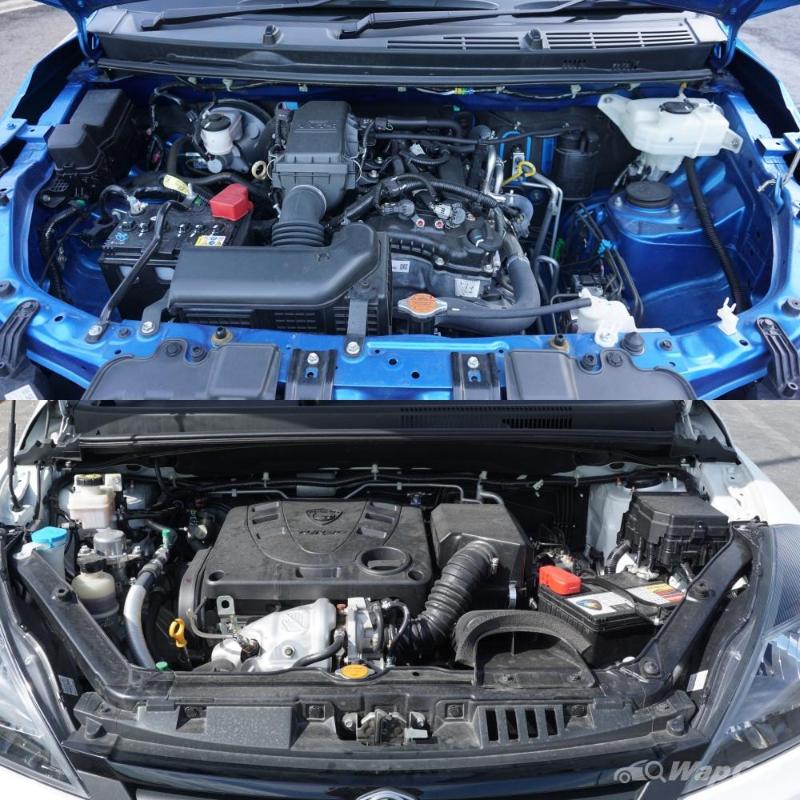 But unfortunately, even with the turbo, the 1.6-litre engine still feels bogged down by the heavy body. Couple that with a slow CVT and the Exora is not the most pleasant car to drive in tight winding roads.

The Aruz’s 1.5-litre naturally aspirated engine, meanwhile, has been tuned for a calm drive instead of dynamic driving. 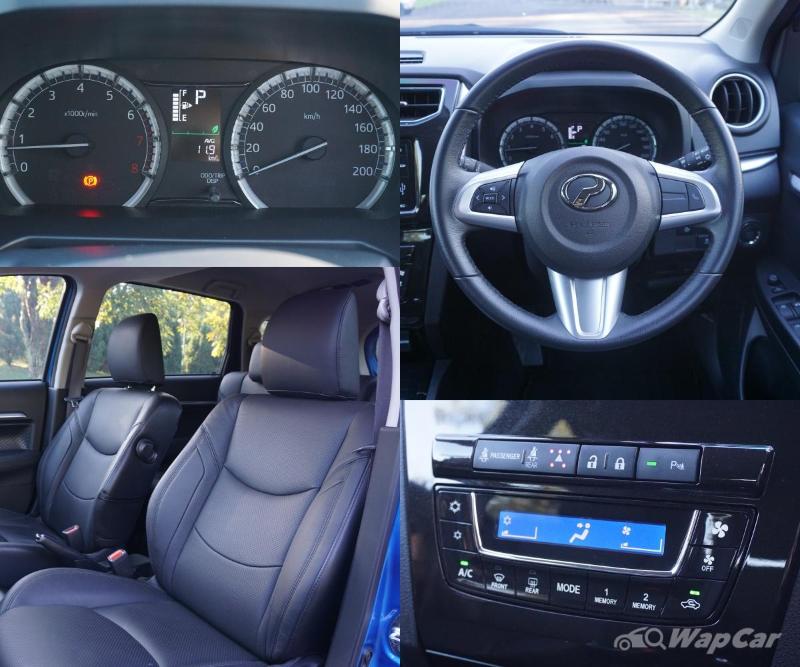 Another reason the Exora is a better highway cruiser than the Aruz is because Perodua has tuned the gear ratios to prioritise load carrying over highway cruising. 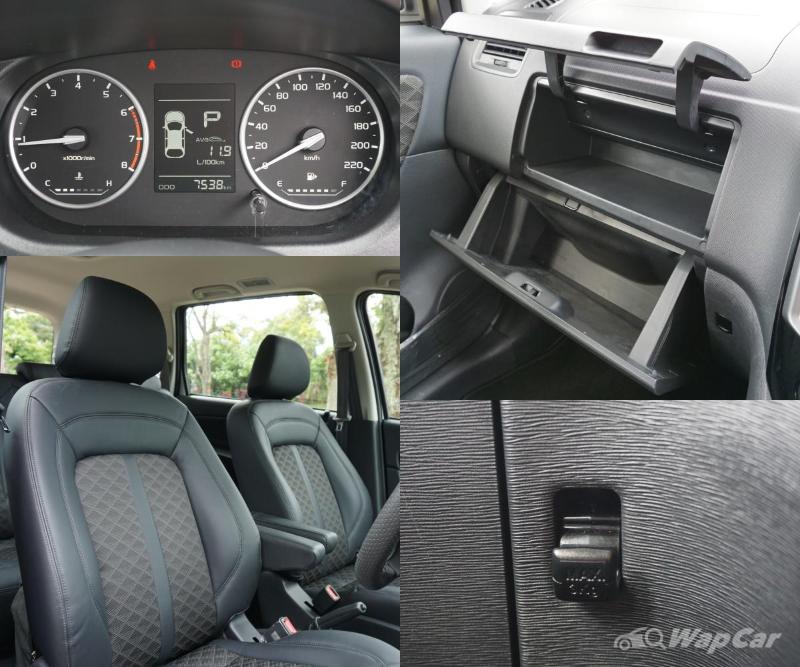 Overall comfort – Depending on the use

The most important factor when buying a 7-seater family car is the comfort. Between the Aruz and Exora, the Exora’s MPV shape makes it the more comfortable and practical option between the 2 cars still. 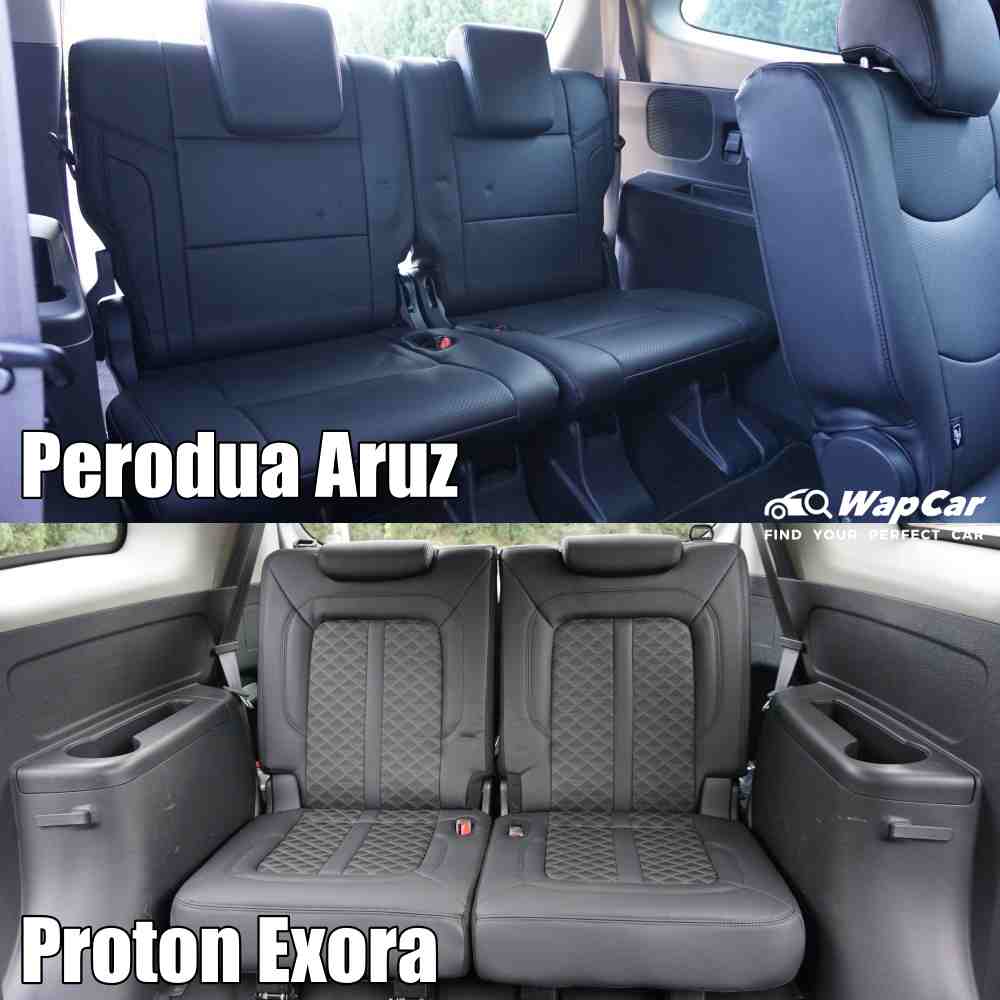 Getting into the Aruz’s third-row seat is not the easiest task either, while the second-row seats do tumble, they require more work to make way for third-row seat passengers to get through.

The Exora, meanwhile, has the added convenience of one-touch folding middle row seat for easy ingress and egress. 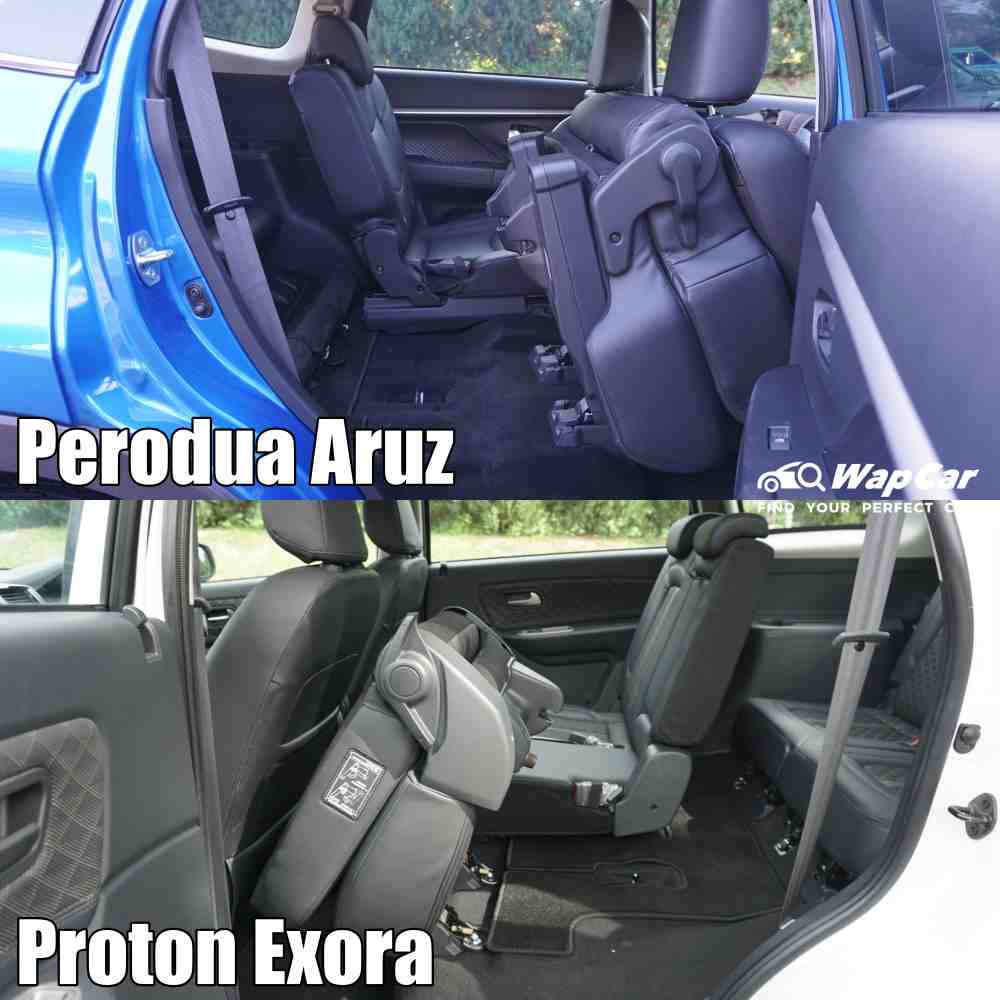 Of course, if we’re talking overall ingress and egress, the Exora would be easier for children and elderly to enter and exit the car because of the lower ride height.

The Aruz’s taller ride height of 220 mm (Exora’s 155 mm) might give you a peace of mind from the constant flash floods in KL, this also makes the Aruz a less friendly option for elderly and children to enter and exit the SUV. 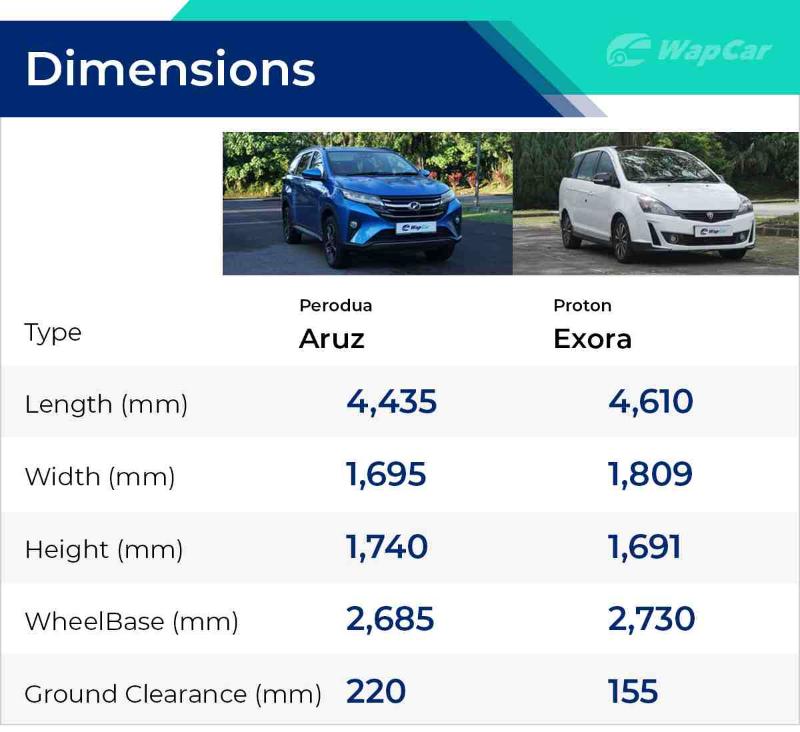 Although the Aruz might lack that all important one-touch tumble function, the SUV does offer more conveniences like a built-in toll reader and Eco Idle start-stop system for better fuel efficiency.

In 2019, the Proton Exora was given a brand-new GKUI infotainment system. Like its Proton siblings, the Exora Premium now comes with a 7-inch touchscreen monitor that allows “Hi Proton” voice command, online music streaming, online navigation, and more. 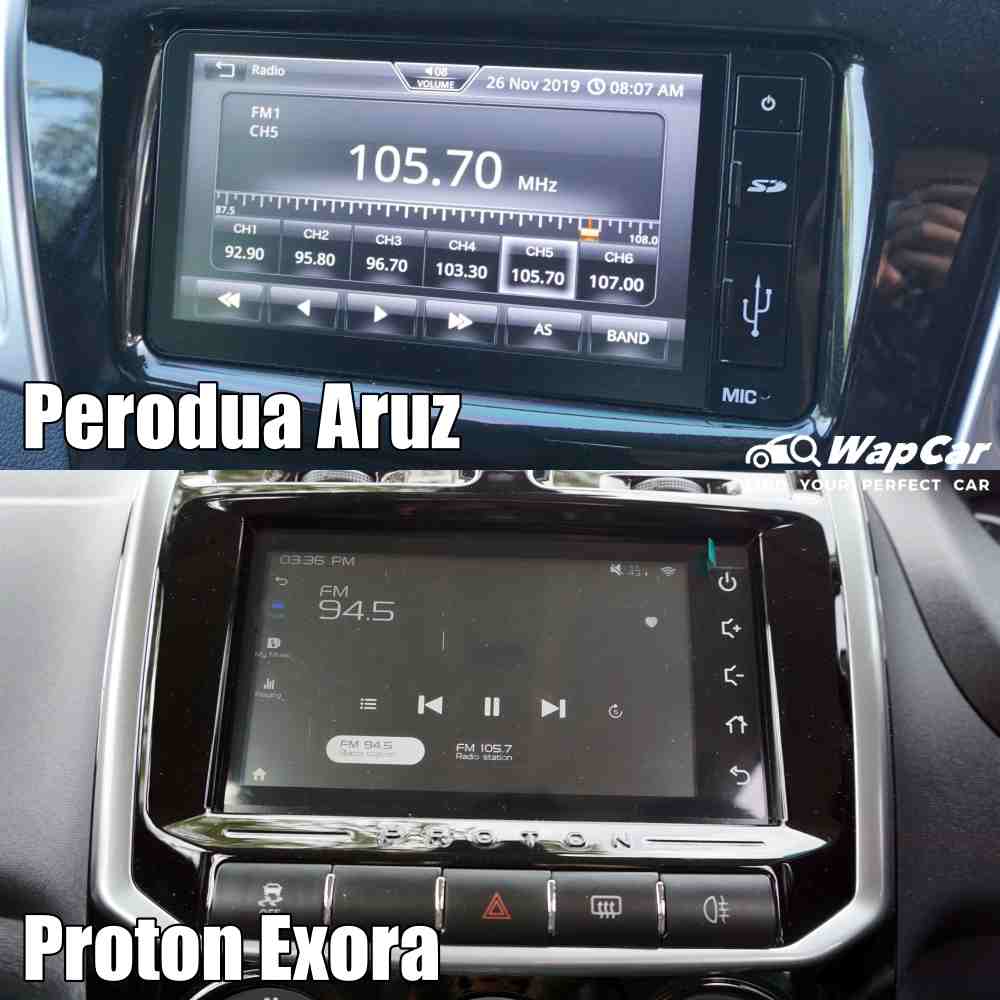 The Proton’s infotainment can also be hooked up to 4G and WiFi so you stay connected every where you go.

Meanwhile, the Aruz also gets a 7-inch touchscreen but functions are limited to Bluetooth connectivity and Perodua Smartlink (Mirror Link) for Androids. While it also has built-in navigation like the Exora, the Aruz’s navigation doesn’t tells you the traffic situation on your route. 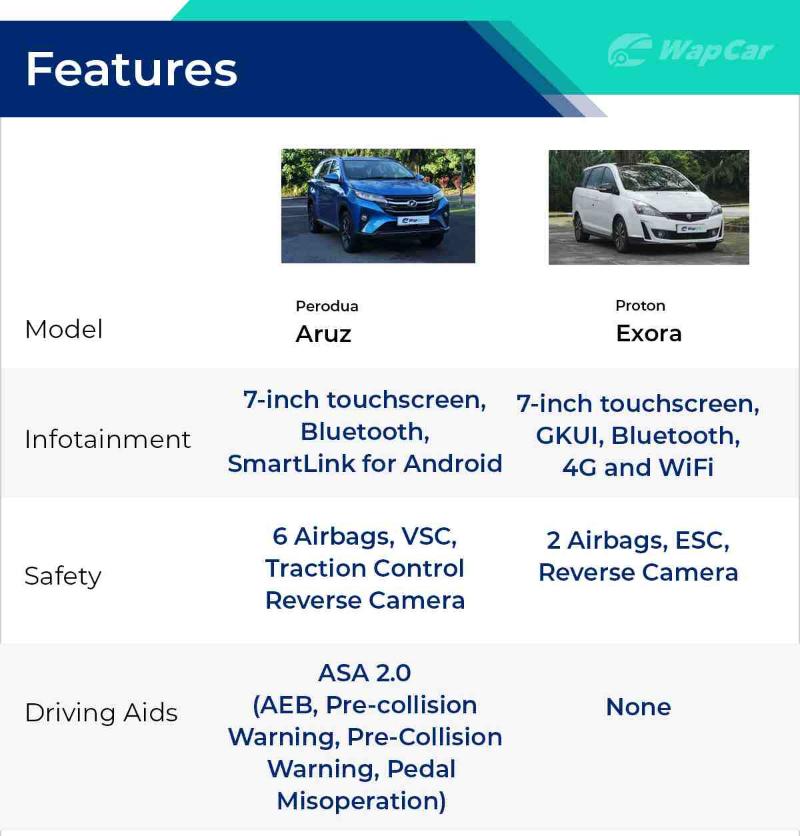 Back when the Exora was launched in 2019, safety systems like AEB and ESC is not a must-have back then. So, it was perfectly acceptable to have only 2 airbags.

While ESC was added to the MPV during one of its many upgrades throughout the years, for some reason Proton did not see fit to add on more airbags in the MPV. Strange considering the Exora is marketed as a family car. 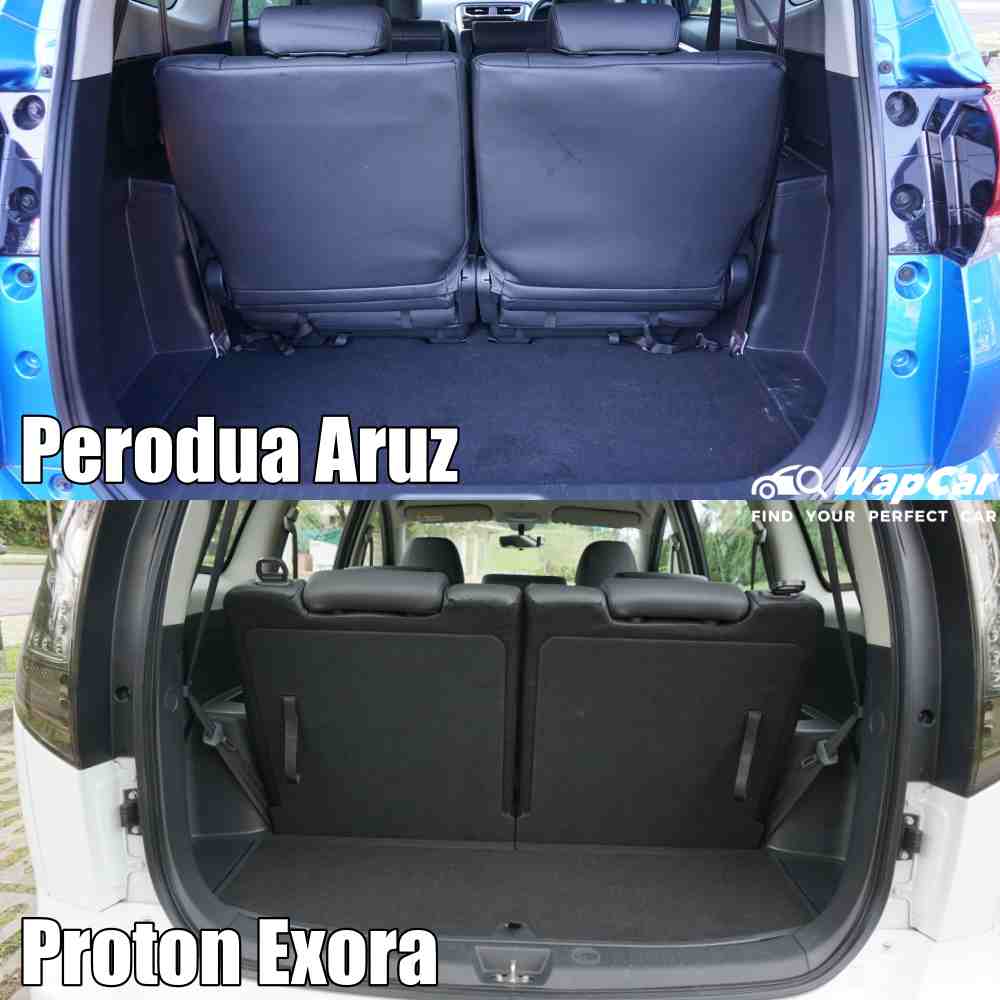 Meanwhile, the Aruz doesn't just have 6 airbags to boast, it is also the first Perodua car to come with the upgraded ASA 2.0 system that encompasses systems like Pre-collision Warning, Pre-collision Braking, Front Departure Alert, and even Pedal Misoperation Control.

So, not only do buyers get systems like VSC and traction control, they also get a basic suite of ADAS from Perodua and a built-in DVR as well. 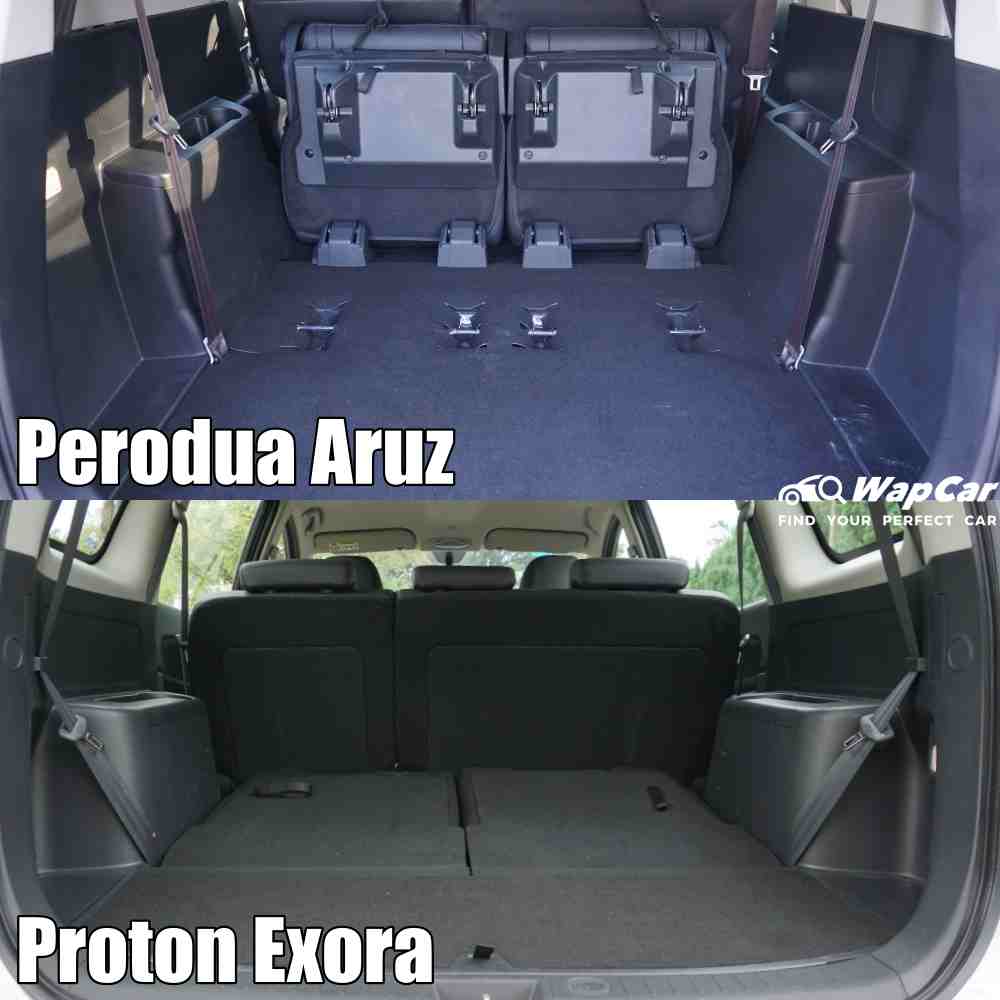 The Exora sounds like the more comfortable option to ferry 7 people around while the Aruz is the safer option thanks to the modern safety tech. Ultimately, the practicality of each car depends on what purpose you are buying a 7-seater for.

If you’re looking for a car to ferry your family with children and elderly members around or prefer a modern infotainment tech, the Exora would fit the bill better with it's more comfortable ride and more accessible third row seats. 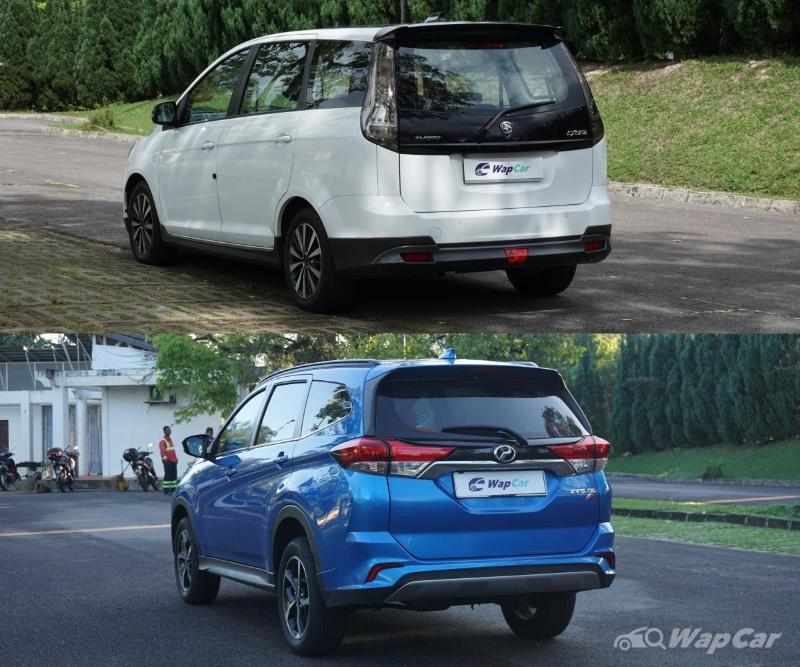 If safety is more important to you, the Aruz with its modern safety systems and flash flood proof height would be the better car for you instead.