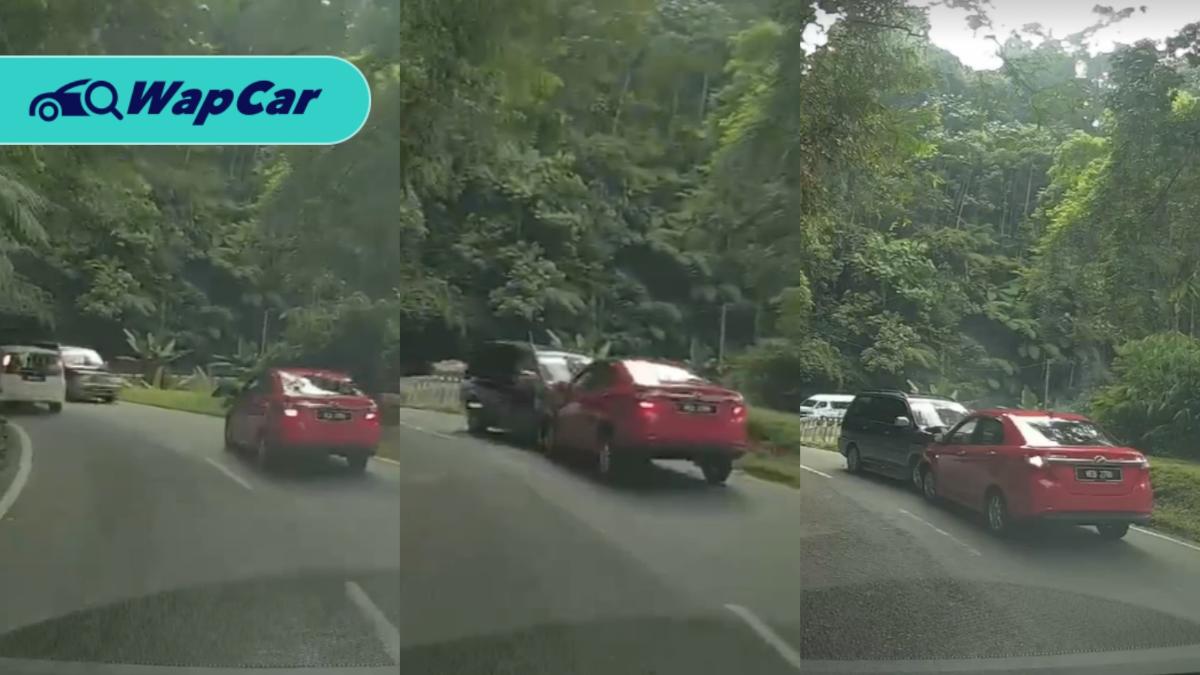 We suspect that this Perodua Bezza is triggered by a certain Honda ad that called out all its competitors, so the driver decided to prove it wrong! All jokes aside, this is why you should refrain from overtaking slower cars when driving on a narrow winding road.

In this viral dashcam footage, the Bezza is seen attempting to overtake 3 cars in one go on a narrow mountainous road. After driving pass the car with the dashcam, instead of sliding back into the lane it continued driving in the wrong direction.

This was when it crashed head-on with a Toyota Unser that was minding its own business on the other side of the road.

Based on the comments in the dashcam footage, the Bezza had already attempted to overtake them multiple times before the crash but then decided against it even though the dashcam owner had given way.

We strongly advise when driving on narrow twisty roads like these to be patient and only attempt to overtake when necessary. In an event like this, even if the Bezza is equipped with ADAS, the system will not be able to prevent a collision.

Also, even if you have more torque, winding roads are never a good idea to pull an overtake.

Perhaps it is lucky that the Bezza didn’t have the torque levels of the new Honda City, we don’t want the driver to abuse his power. Unlike a certain Bezza that drove smoothly pass a Honda Civic going over 200 km/h… Please do not do this on public roads!

Better quality video in this link.