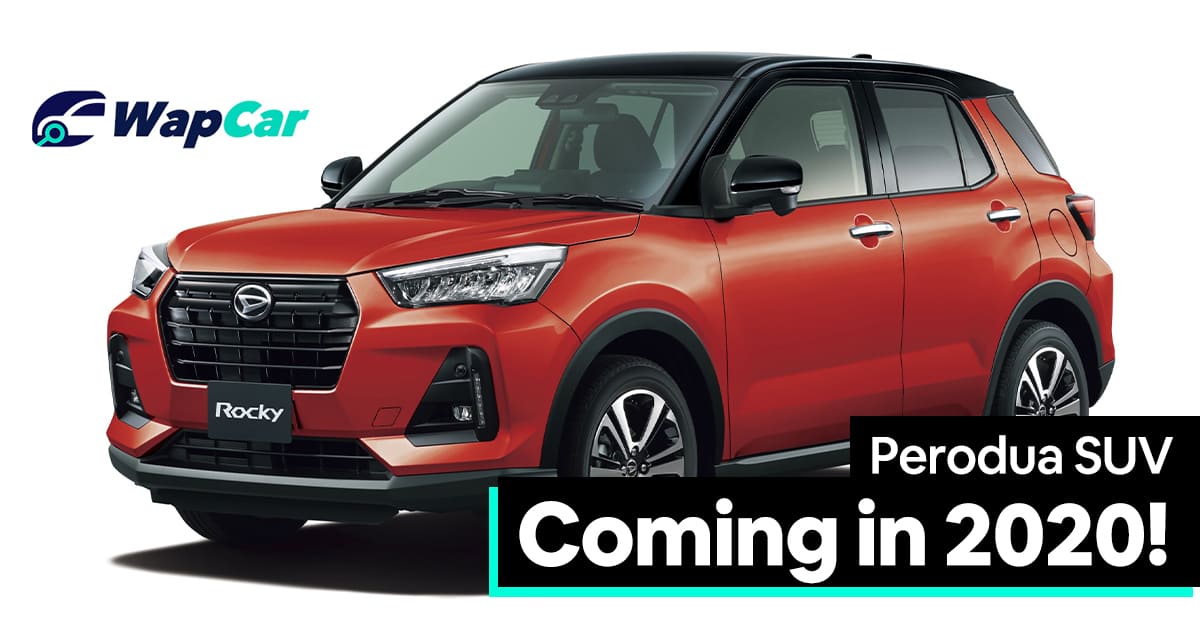 During Perodua’s annual business review, Perodua President & CEO, Dato’ Zainal Abidin Ahmad hinted that they will be launching a brand-new Perodua SUV in 2020. Although the company did not confirm (nor deny) the exact model, all signs point towards the Perodua D55L SUV.

Perodua anticipates that SUV market share will continue to grow from the current estimation 20% of TIV (total industry volume) to 26% by 2025 and the second national carmaker is placing great importance on SUV models. 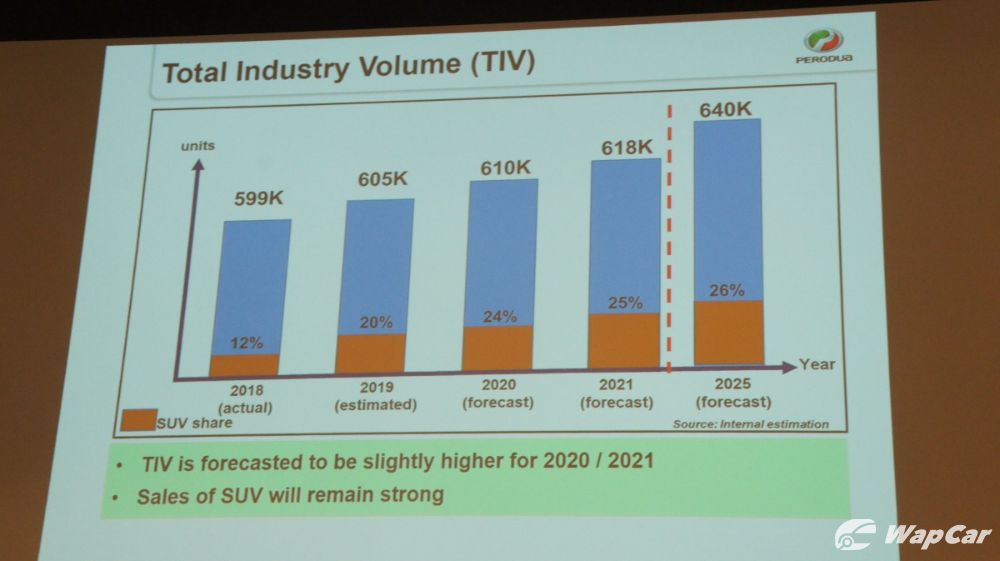 Currently, Perodua only has the 7-seater Aruz in their SUV line up (why the Aruz is known as an SUV while the Alza is an MPV is beyond us). According to Perodua chief, they can’t only rely on one model if they want to be competitive in the SUV segment.

If you remember in 2018, Perodua showcased the Perodua X-Concept, a 5-seater SUV concept car at the Kuala Lumpur International Motor Show. This was followed up by the official debut of the Daihatsu Rocky/Toyota Raize a year later. 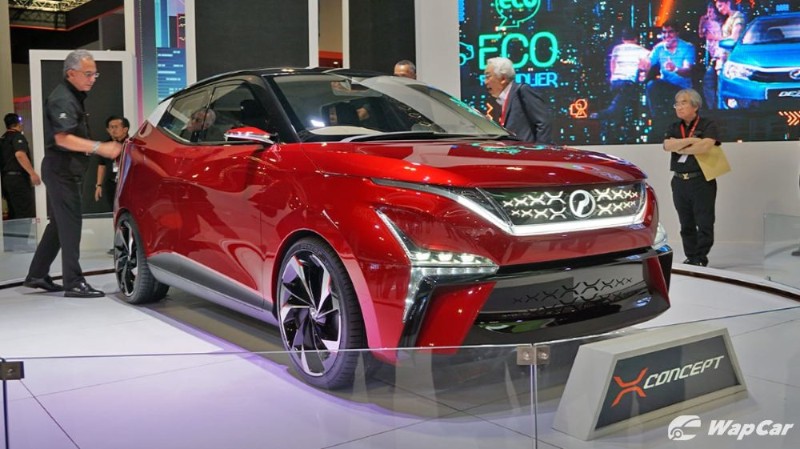 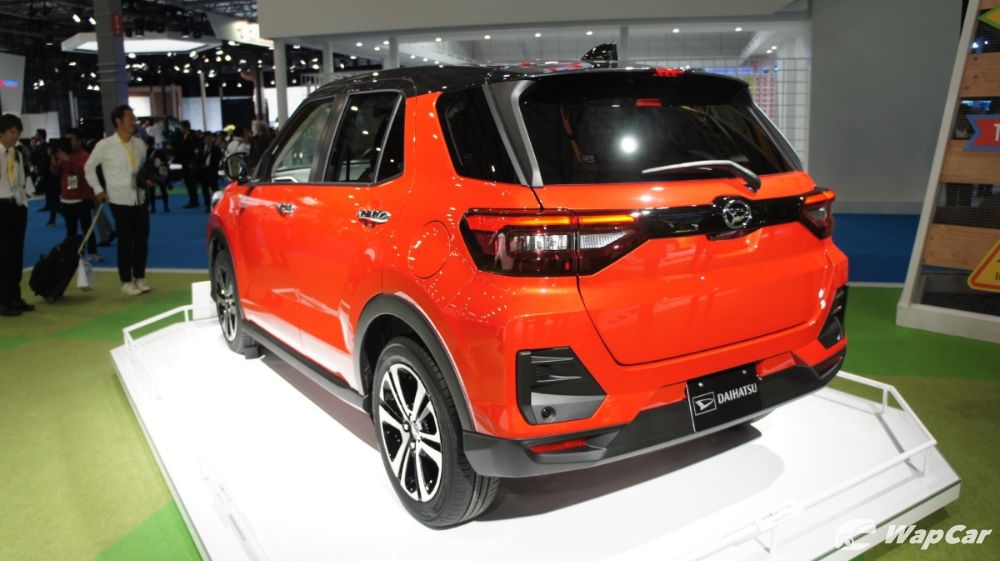 Putting the pieces together and you’ll see that the all-new Perodua SUV bearing the internal code D55L will be based on the Daihatsu Rocky/Toyota Raize.

The Rocky/Raize sits on the DNGA (Daihatsu New Global Architecture) platform which is a derivative of the TNGA platform made for compact budget cars. This platform is capable of Level 2 Advanced Driving Assistance Systems (ADAS) and electrification.

In Japan, the Rocky/Raize is powered by the 1KR-VET 1.0-litre 3-cylinder turbocharged petrol engine paired to a CVT automatic. Outputs are rated at 98 PS and 140 Nm of torque in either a front-wheel drive or all-wheel drive layout.

The Rocky/Raize 2WD has a fuel consumption of 5.37L/100km based on the stringent WLTP test cycle which reflects real-world consumption. This is largely due to its small engine capacity and CVT automatic. Fuel consumption goes up to 5.7L/100km on all-wheel drive models. 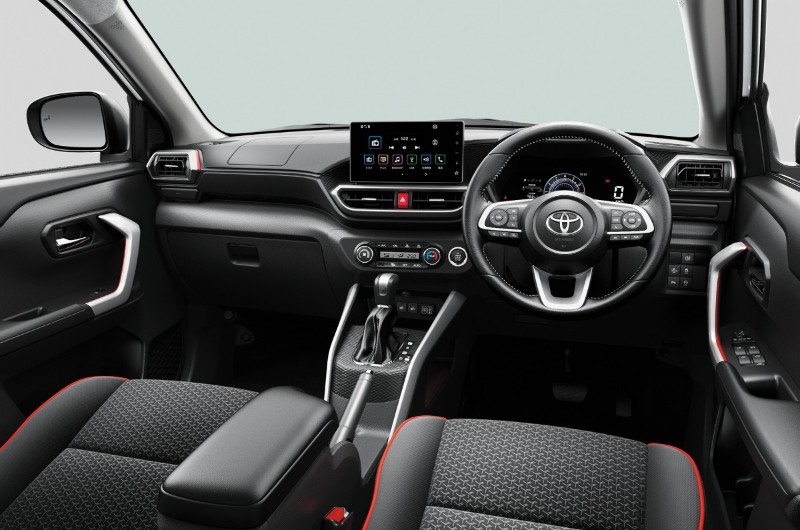 If you think that the all-new Perodua SUV would be a direct rival to the upcoming Proton X50, you would be mistaken. We have done an in-depth analysis of which is the better car, here.

Even though the two are 5-seater SUVs, the Perodua SUV sits one rung below the X50 as it is smaller in size and uses more lower grade functional materials compared to the Proton. But naturally, it would be priced cheaper too.

In terms of price positioning, although too early to tell, we speculate that the D55L SUV could potentially be priced higher than the Perodua Aruz (RM 72k – RM 77k). Hold your pitchforks and hear us out.

Although the D55L SUV has lesser seats – which itself is a terrible benchmark for value – it will be a significantly more sophisticated car than the Aruz.

First up is the DNGA platform which is already more expensive and complex to make than the Aruz’s ladder-frame body. The D55L SUV is also hinted to feature up to Level 2 ADAS which adds steering intervention to minimise the risk of collision. The Aruz only has basic Level 1 ADAS.

Lastly, the turbo engine which would have more components and lower volume (the Aruz 1.5-litre engine is shared with the high volume Myvi and Alza) would add to the overall cost of production.

However, at the end of the day, the Aruz and new Perodua SUV serves very different purposes and are meant for different target groups. Even if the two cars are priced the same, it would be easy for buyers to pick one over the other.