Home > News > Plane T-bones Lexus IS, how do you explain that to the insurance company?

Plane T-bones Lexus IS, how do you explain that to the insurance company? 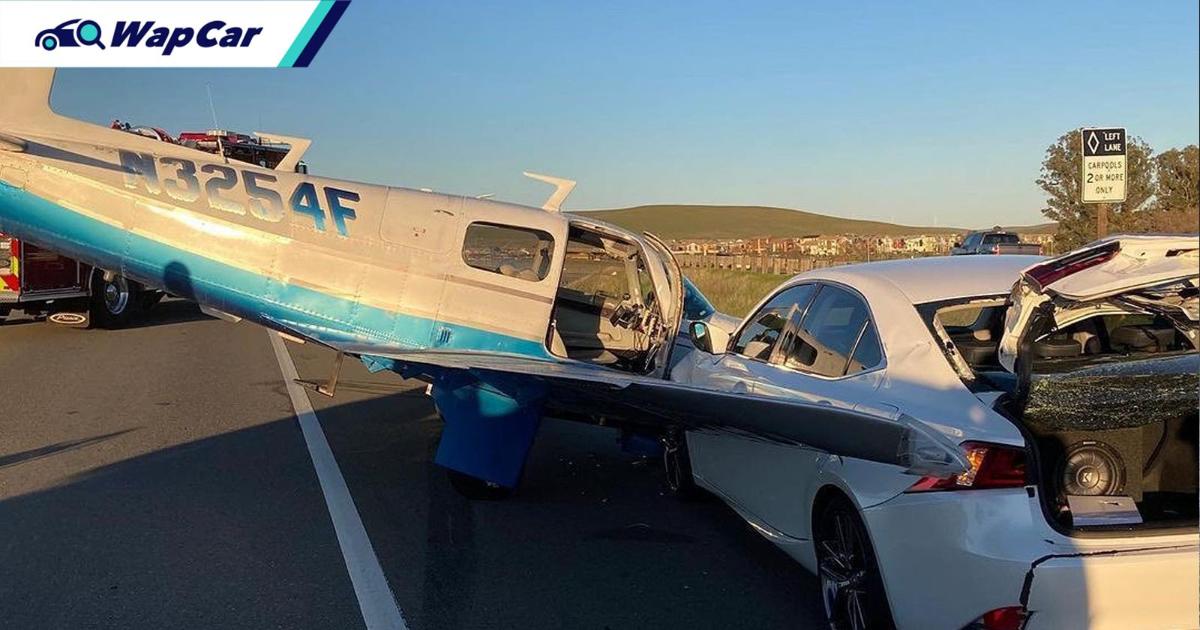 We’re pretty sure that an insurance company would have heard all kinds of excuses to justify their insurance claims. But we’re also sure that agents will never get over the shock of some of the excuses they come across. For this instance, a plane crashing into a Lexus IS on a highway.

We can only imagine how the conversation on the phone would have gone “A what hit you? On the highway? You’re not just saying this to get a claim, are you?”

The incident happened in Livermore, California, and thankfully for the IS owner that it was all caught on camera. Explicit screaming aside. Surprisingly, nobody was injured during the incident.

According to reports, the pilot, Josh Redsun, was planning to enjoy a day out flying with his father when they encountered a problem shortly after take-off from the Livermore Municipal Airport.

The Mooney M20E aircraft lost power when it reached about 500 feet forcing Redsun to execute an emergency landing on the highway overpass. While landing, the plane impacted with the white Lexus, which pushed it along the road for a bit as it came to a stop.

Let’s hope that the viral coverage of the incident would justify the Lexus IS owner’s case to his or her insurance company that a plane T-boned the car.