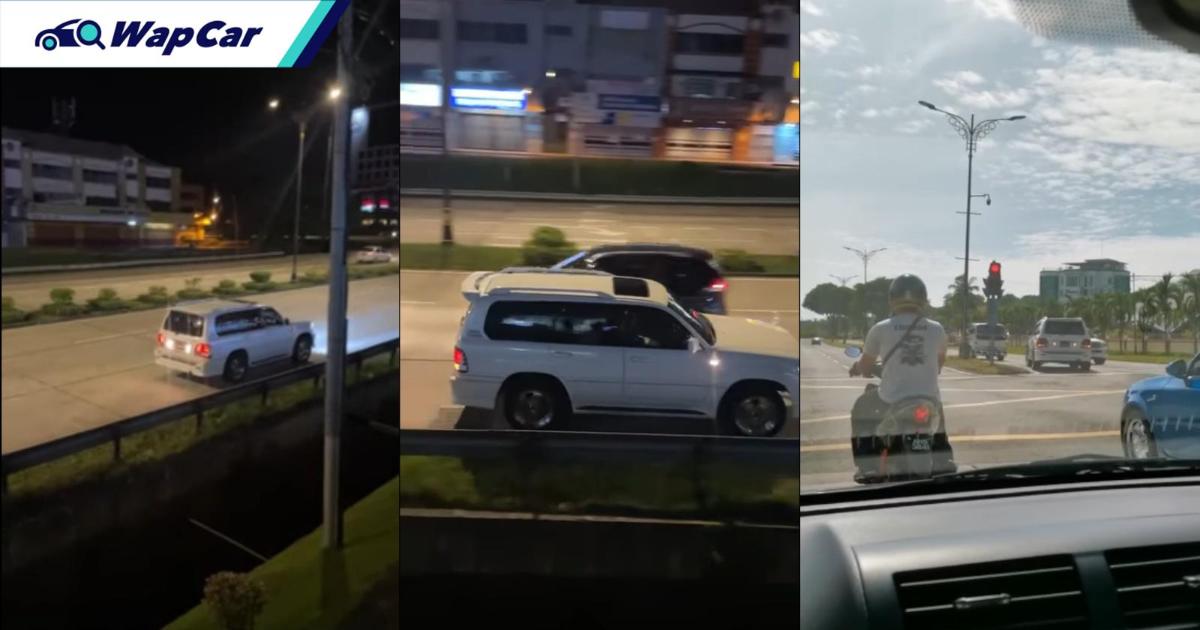 Various videos uploaded over the weekend of a Toyota Land Cruiser driving in reverse on busy Sandakan roads have caught the attention of the local police. The Royal Malaysian Police (PDRM) have now opened an investigation on the matter.

According to the statement issued by the Sandakan police on their official Facebook page, PDRM has already located the driver and the vehicle. The Land Cruiser was driven by a 44-year-old man at the time it was seen driving in reverse.

Further investigations revealed that the driver was forced to drive in reverse because the SUV’s gearbox had failed and could only engage reverse gear.

The incident is believed to have occurred around 10 am on Sunday in Bandar Kim Fung in Sandakan.

PDRM advises all road users who experience mechanical problems with their vehicles to call a tow truck and have it immediately sent to the workshop. Driving a car in reverse is dangerous and might put other road users’ safety at risk.

The matter is investigated under Section 42(1) of the Road Transport Act 1987 for dangerous driving.