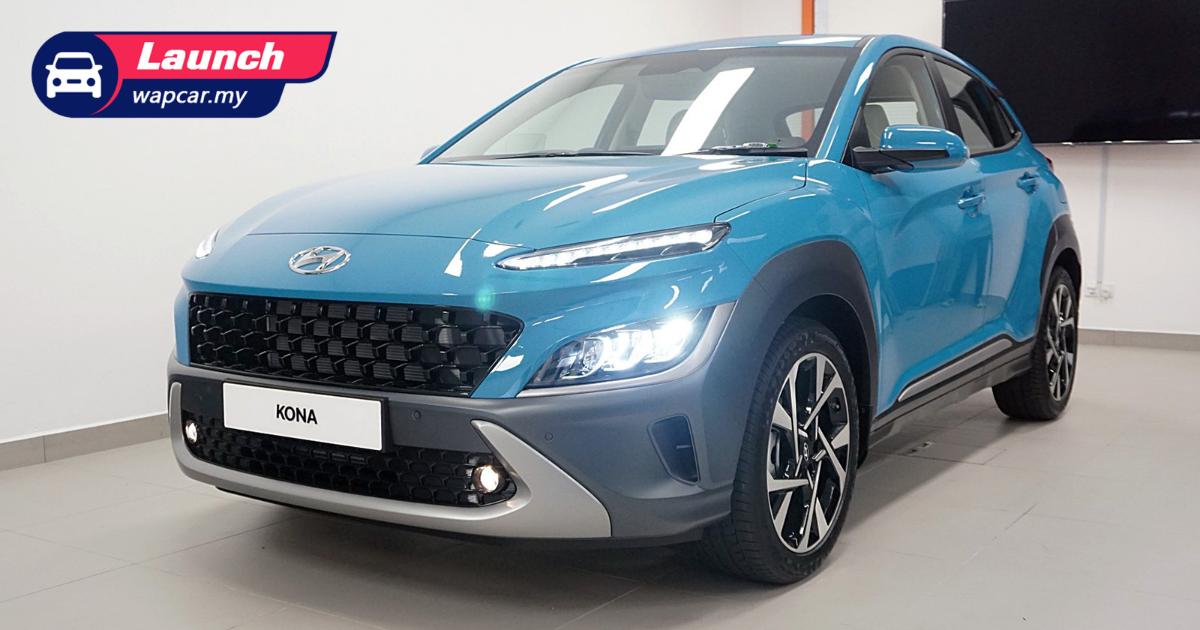 Back at the end of October 2020, Hyundai-Sime Darby Motors (HSDM) launched the Hyundai Kona in Malaysia. However, that was the pre-facelift model and coincidentally, the facelift made its global debut a month before. 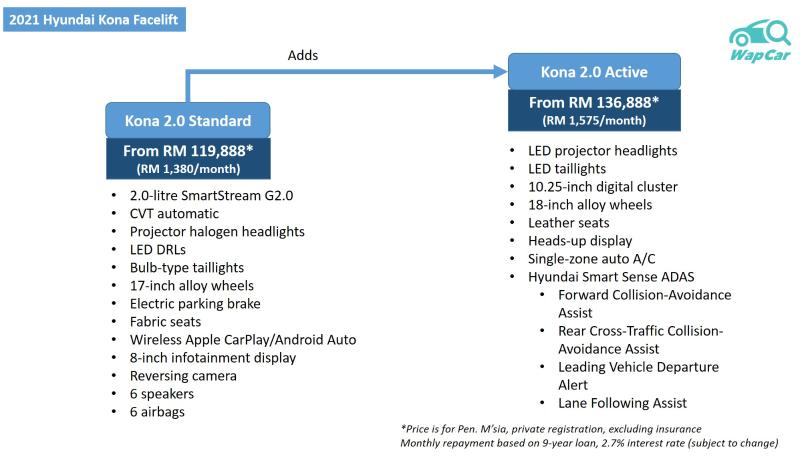 Now, nearly six months later, HSDM has launched the new imported from Korea (CBU) 2021 Hyundai Kona facelift in Malaysia. Starting from RM 119,888 for the Standard variant and RM 136,888 for the Active variant, the Kona facelift is cheaper than the pre-facelift Kona. Prices stated are on-the-road, without insurance. 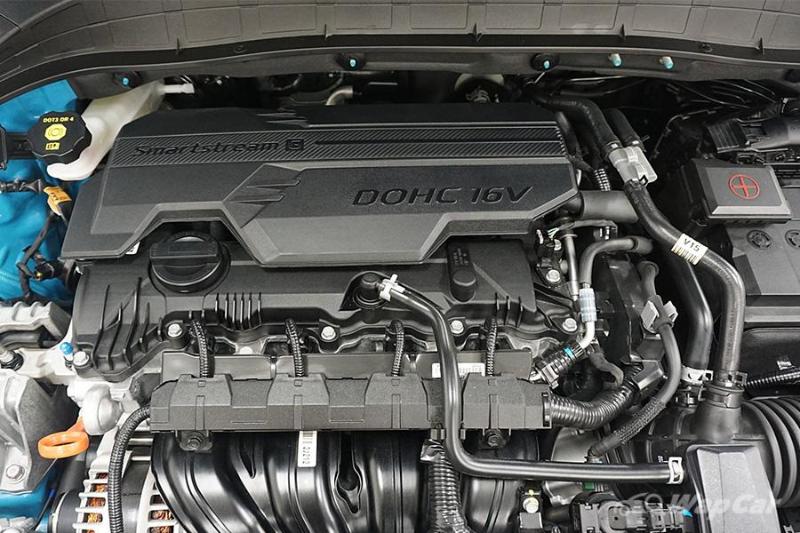 Both variants are powered by a brand-new powertrain; a SmartStream G2.0 engine that produces 149 PS and 180 Nm. The naturally-aspirated engine is paired to a CVT automatic gearbox with 8 virtual ratios that sends drive to the front wheels.

Despite offering a turbocharged 1.6-litre engine on the pre-facelift Kona, it isn’t offered on the facelift Korean B-segment SUV. While this is available in some markets overseas, perhaps the turbocharged variant could arrive in Malaysia in the future, as the Kona N Line? 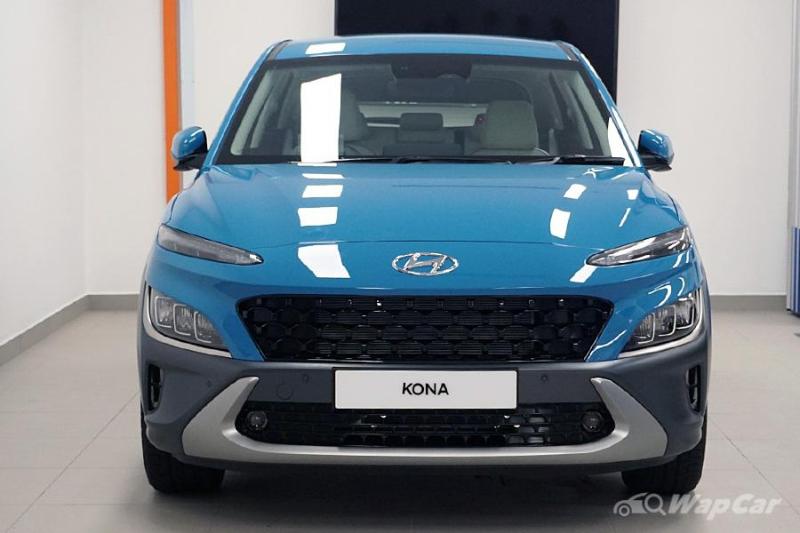 For now, we’ll just have to make do with the non-turbocharged Kona and in terms of design, it looks sleeker than the pre-facelift version. The front receives a brand-new bumper with the fluidic ‘H’ logo placed away from the grille. 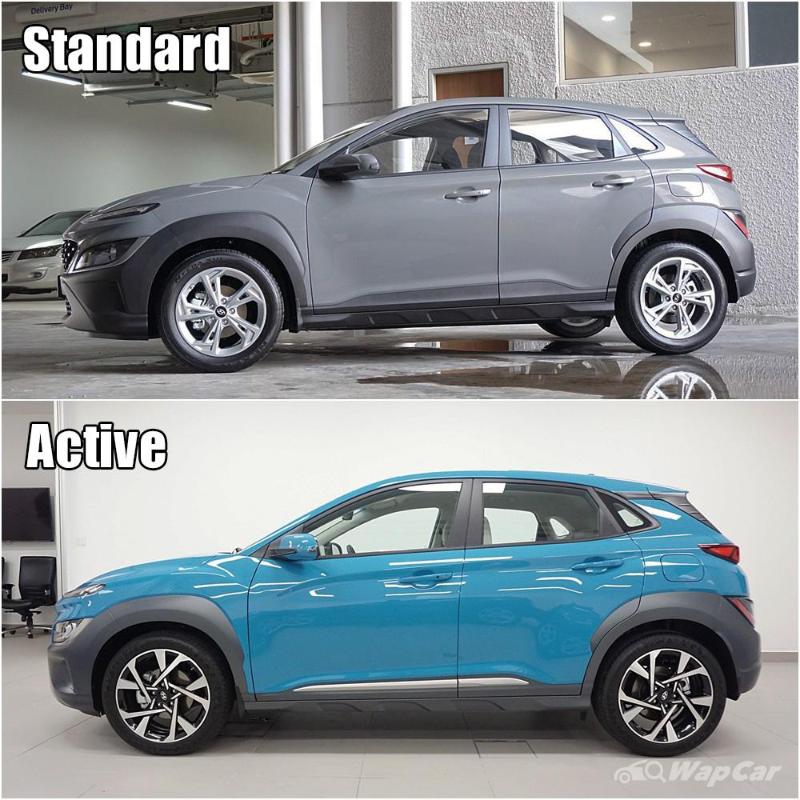 The facelifted Kona is also 40 mm longer than the pre-facelift and depending on the variants, customers can opt for their Kona to sport 17- or 18-inch alloy wheels. 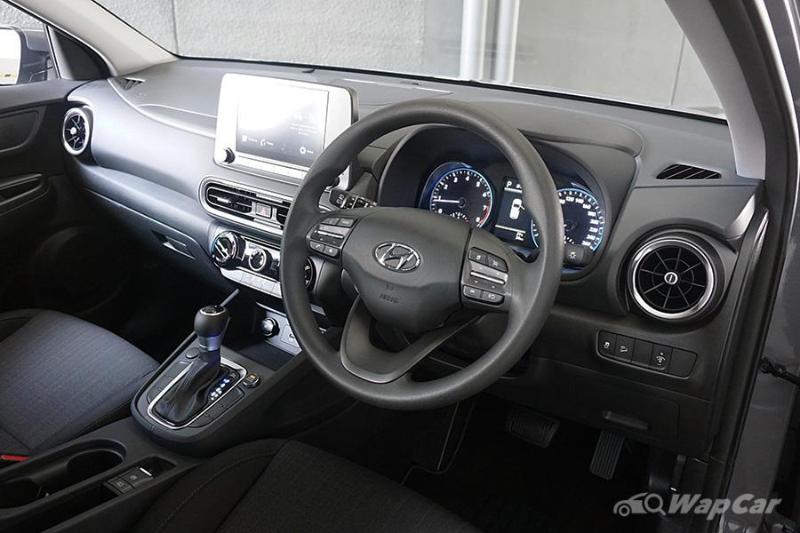 However, it’s the interior that we think gives the Kona a much more modern feel. The dashboard appears wide, giving a generously spacious atmosphere. The Kona facelift also receives an electronic parking brake (EPB) with auto-hold in lieu of the traditional handbrake on the pre-facelift. 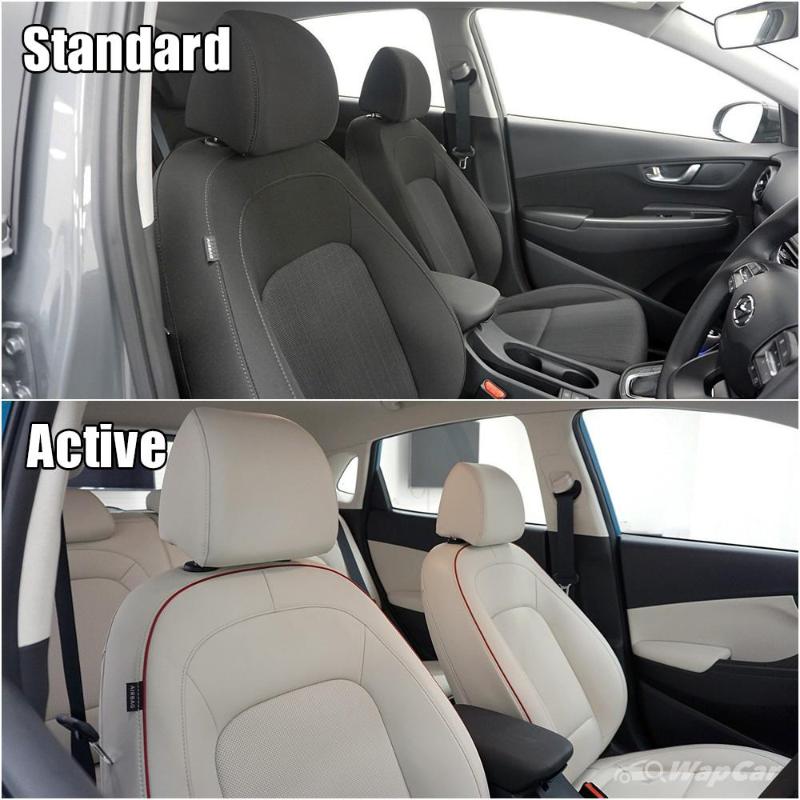 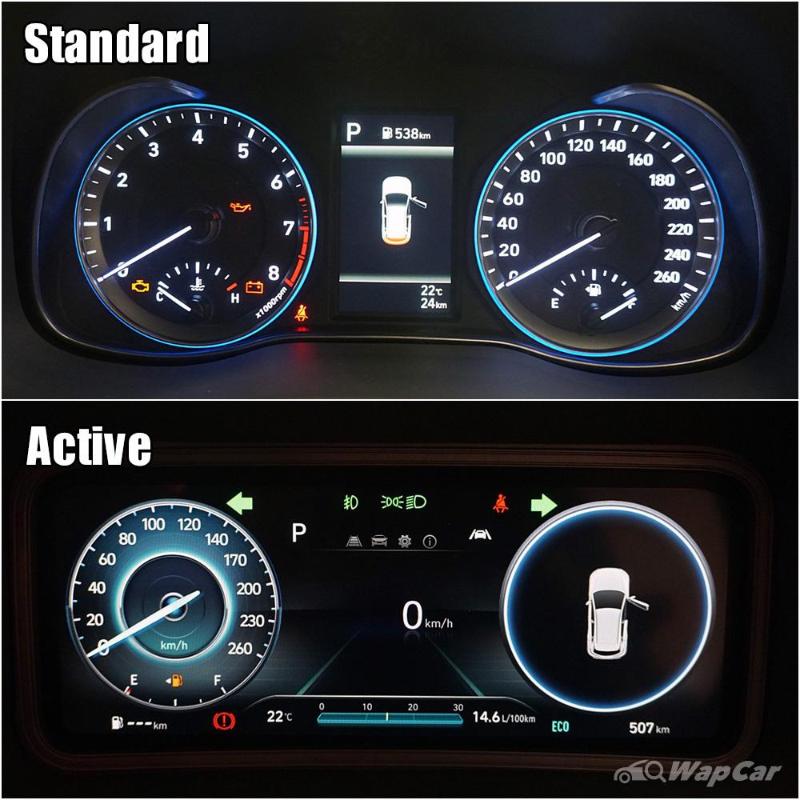 Available on the Kona Active is a 10.25-inch digital instrument cluster instead of the traditional set of dials, giving drivers a clearer look at their driving information.

Wireless Apple CarPlay and Android Auto are available as standard which is connected to the Kona’s 8-inch floating touchscreen infotainment screen. Yes, you can connect your smartphone without the meddling cables. 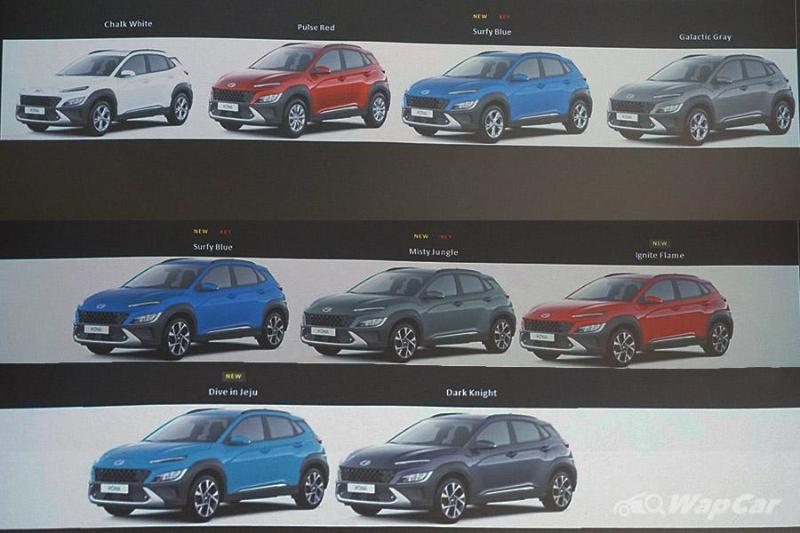 The Kona comes in a variety of colours too, depending on the variants which are listed below:

*Both Dark Knight and Dive in Jeju colours come with beige leather seats. Other colours offered on the Kona Active are equipped with black leather seats. 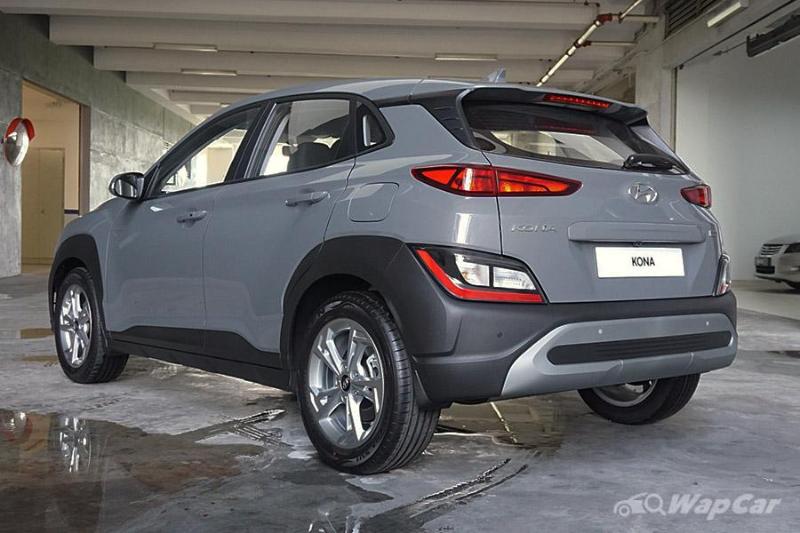 So, will you give the Kona a second chance over its more popular rivals, the Proton X50 and Honda HR-V?