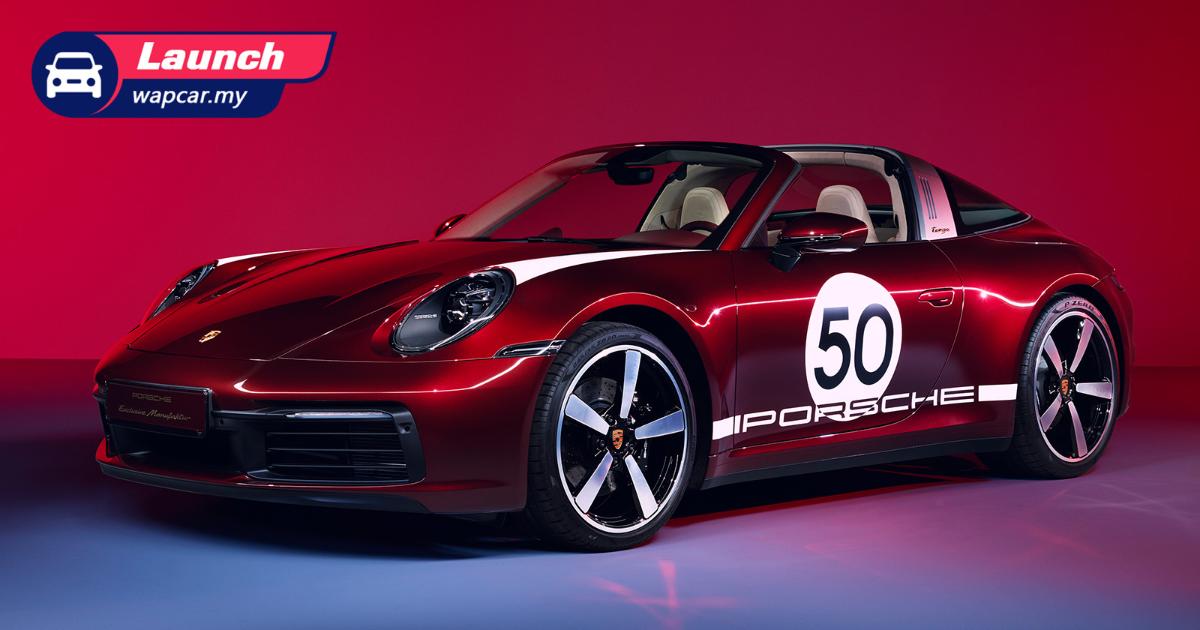 Porsche’s Malaysian distributor, Sime Darby Auto Performance (SDAP) has just unveiled the Porsche 911 Targa 4S Heritage Design Edition in Malaysia. It has design elements influenced by classic Porsches from the 1950s and 1960s while combined with the latest technology from Porsche Exclusive Manufaktur. 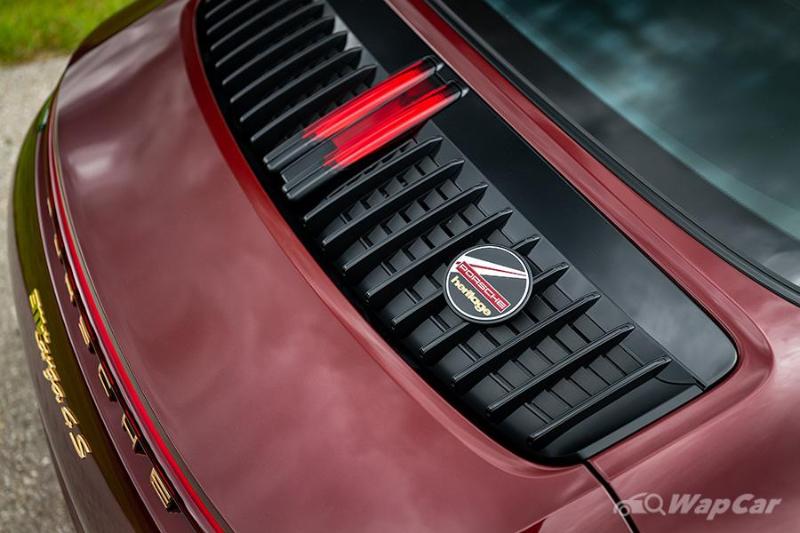 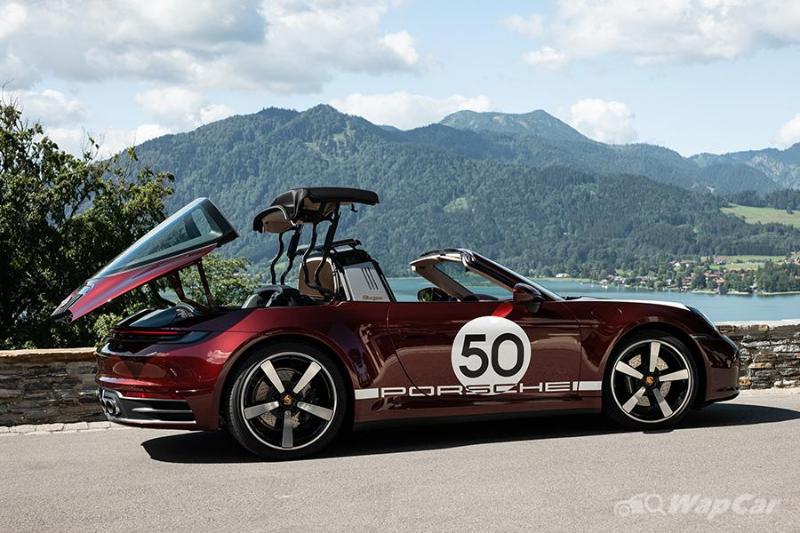 With Launch Control enabled, the semi-topless sports car can propel itself to 100 km/h from rest in less than 3.6 seconds with a top speed of 304 km/h. 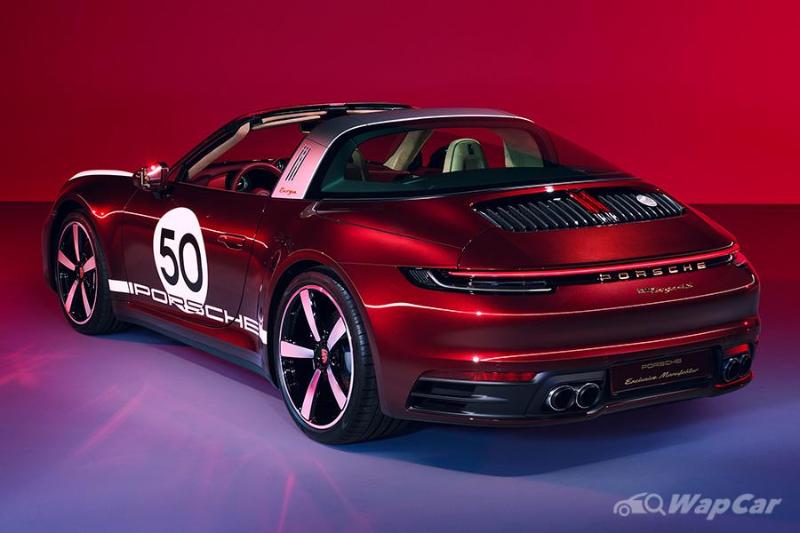 The special edition 911 Targa 4S comes with a sort of “Greatest Hits” of classic Porsches with the exterior colour inspired by race cars from the 1950s like the 550. If this exclusive Cherry Metallic colour isn’t to their liking, customers could also request for other hues.

Adding on to the individuality is the race number which customers can choose between 0 to 99. 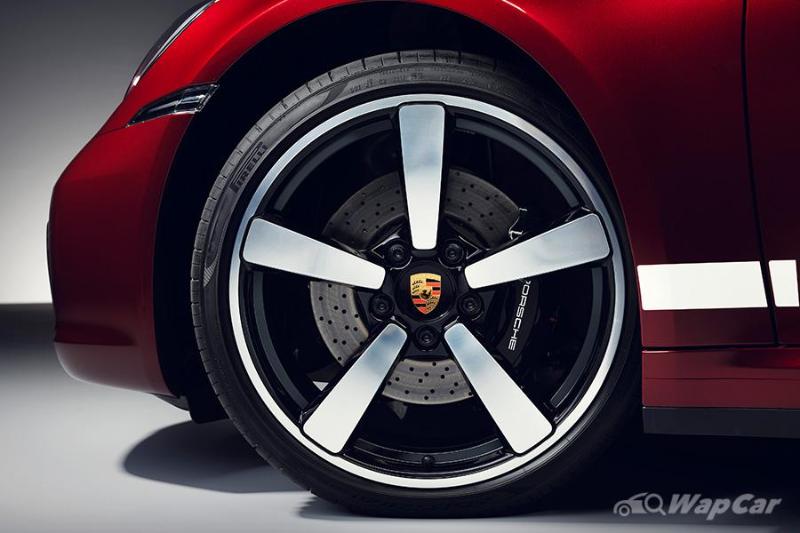 The classy look is also enhanced with Gold-coloured letterings in the rear and on the Targa bar as well as the historic Porsche crest on the wheel hub cover and bonnet. 20- or 21-inch 911 Carrera Exclusive Design wheels complement the heritage look. 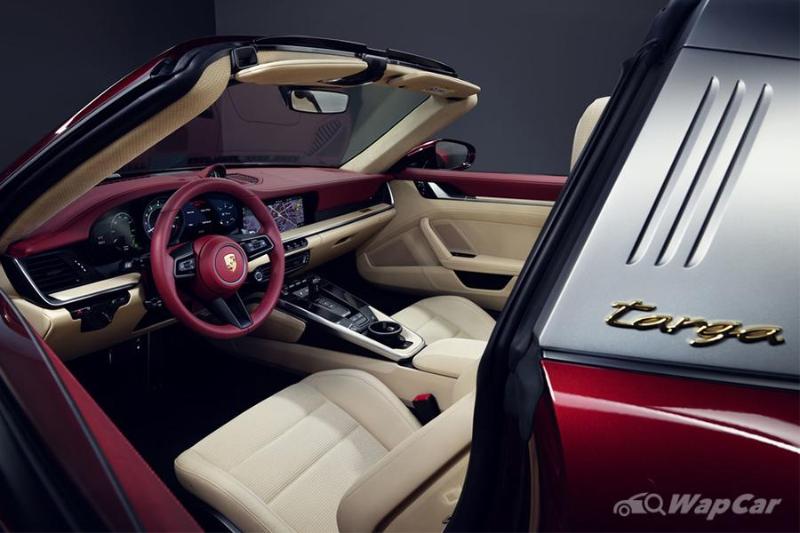 Inside, customers would see a type of material once popular in the 50s make a comeback with corduroy fabric making its appearance on the centre panels of the seats and in the door panels. Leather materials still represent most of the interior upholstery so those who fancy animals’ hides won’t be disappointed. 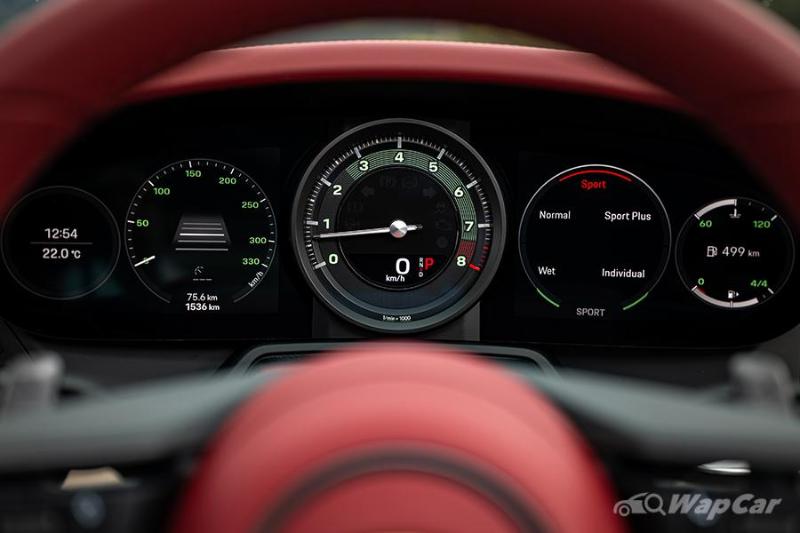 Elsewhere, the historical Porsche crest is seen on the headrests and the steering wheel while the analogue rev counter has a classic-style pointer. These little details make the Heritage Design Edition just a bit more special.

In addition to the arrival of this new model, SDAP has also announced that Porsche Centre Johor Bahru will be the first Classic Partner Centre in Malaysia and is scheduled for launch at the end of 2021. The new centre aims to enhance the customer experience for classic Porsche owners (or Porschephiles) to refurbish and upkeep their rides.