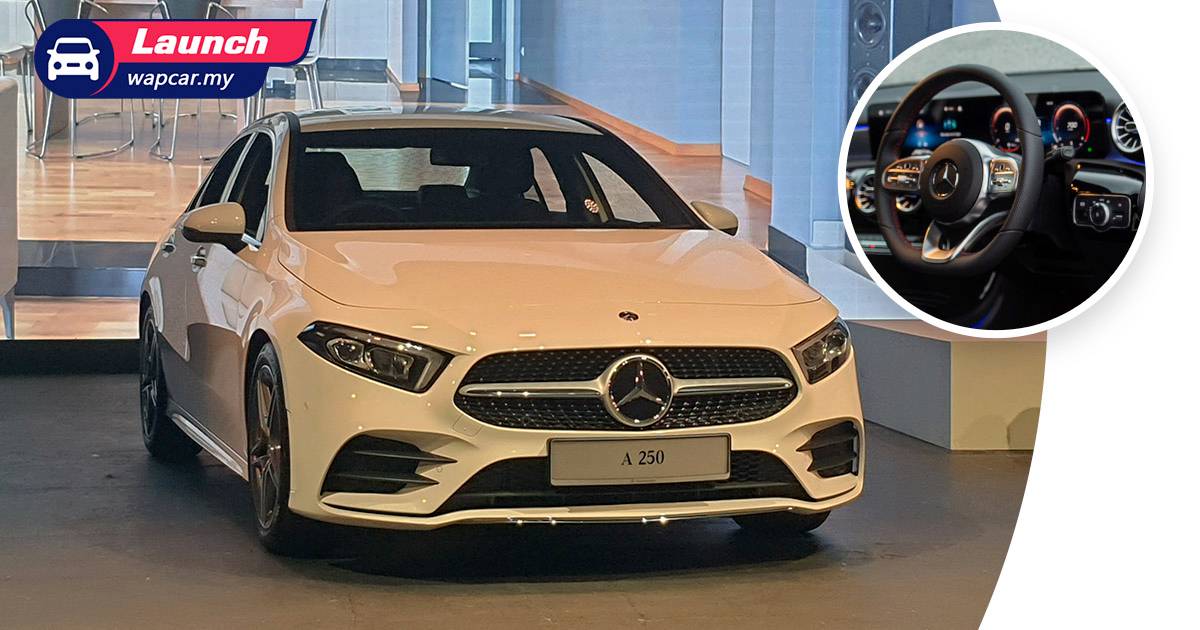 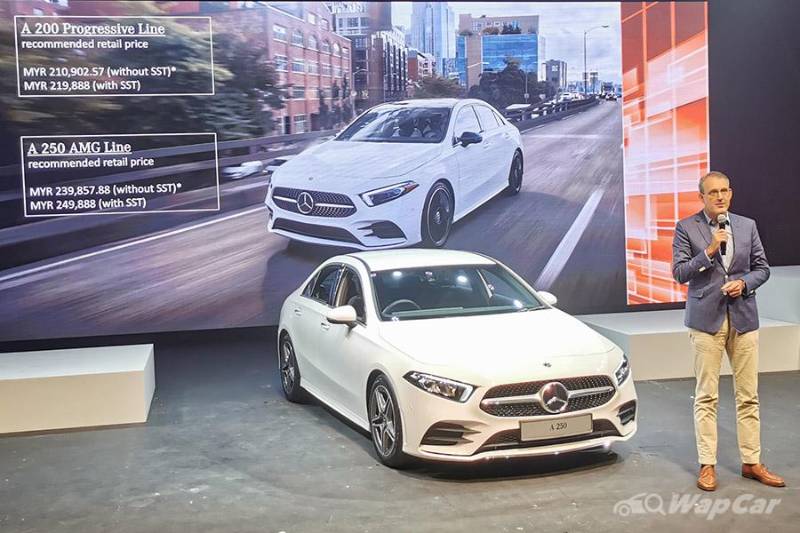 This makes the A-Class Sedan as the most affordably-priced Mercedes-Benz model in Malaysia. 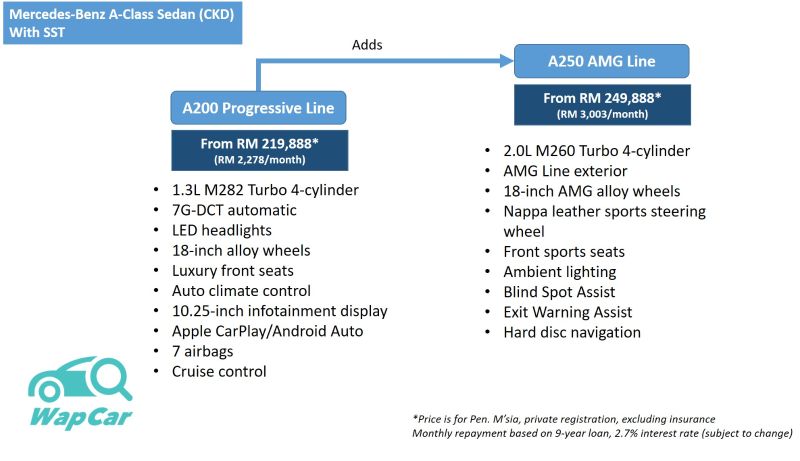 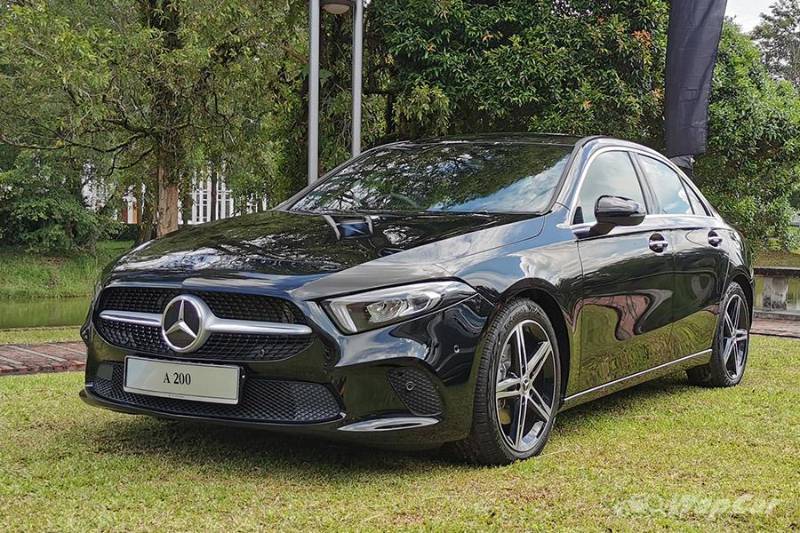 Previously, the A-Class Sedan was either imported from Mexico or Germany with later models brought in from Germany's Rastatt plant. The CKD version, meanwhile, is assembled at MBM’s plant in Pekan, Pahang.

But if you need more power, that’s where the A250 comes in. It’s powered by a turbocharged M260 2.0-litre engine (224 PS/350 Nm). Both variants are paired to a 7-speed dual-clutch automatic transmission that drives the front wheels. 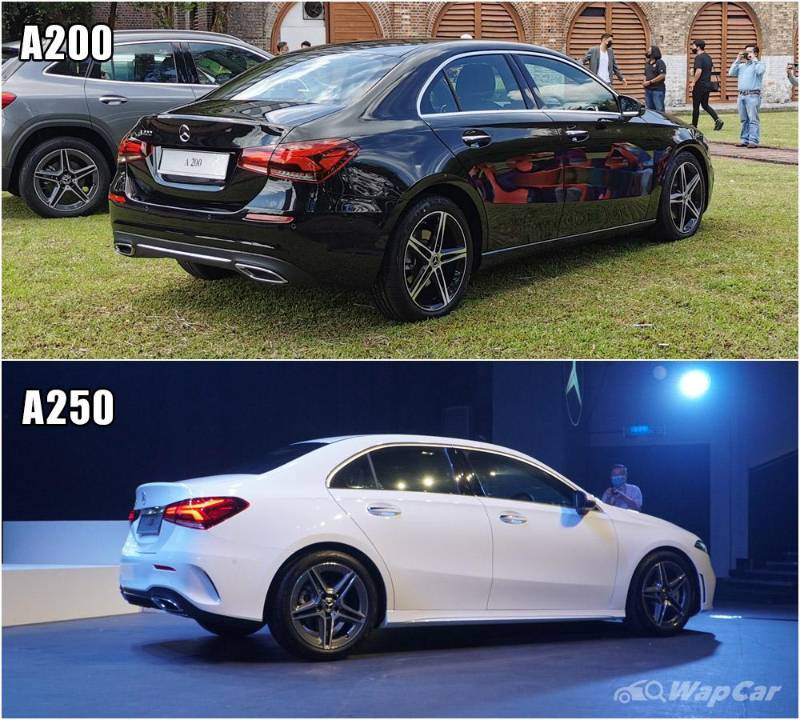 In terms of features, the CKD A-Class Sedan is more or less similarly equipped as its CBU counterpart. Both models come with LED headlights with auto high beam and fake exhaust tips, much to the chagrin to some of us in the office. 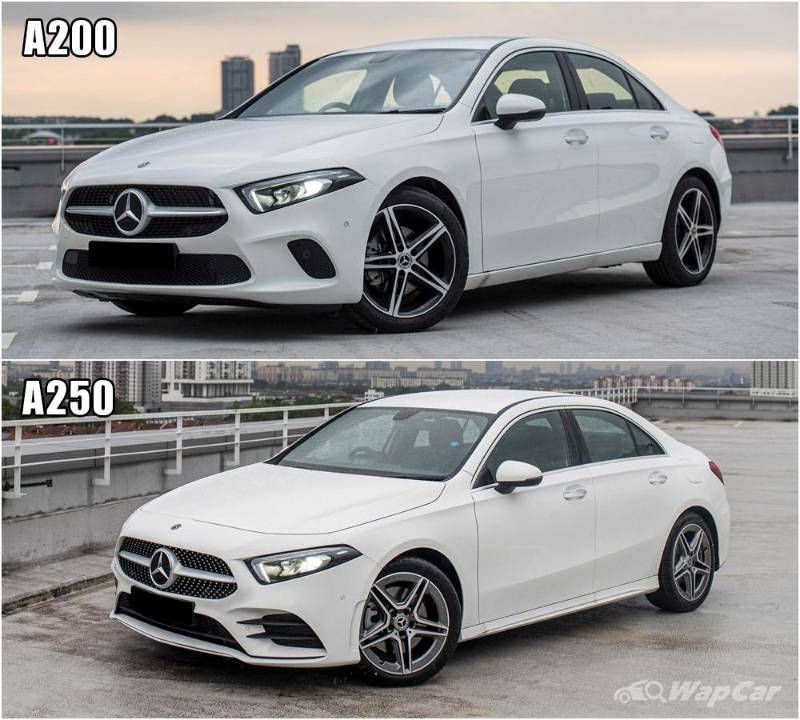 The A250 comes with an AMG styling kit that adds on some sporty visual bits to the ‘Baby Benz’ including more aggressive bumpers, side skirts, and AMG-badged alloys. 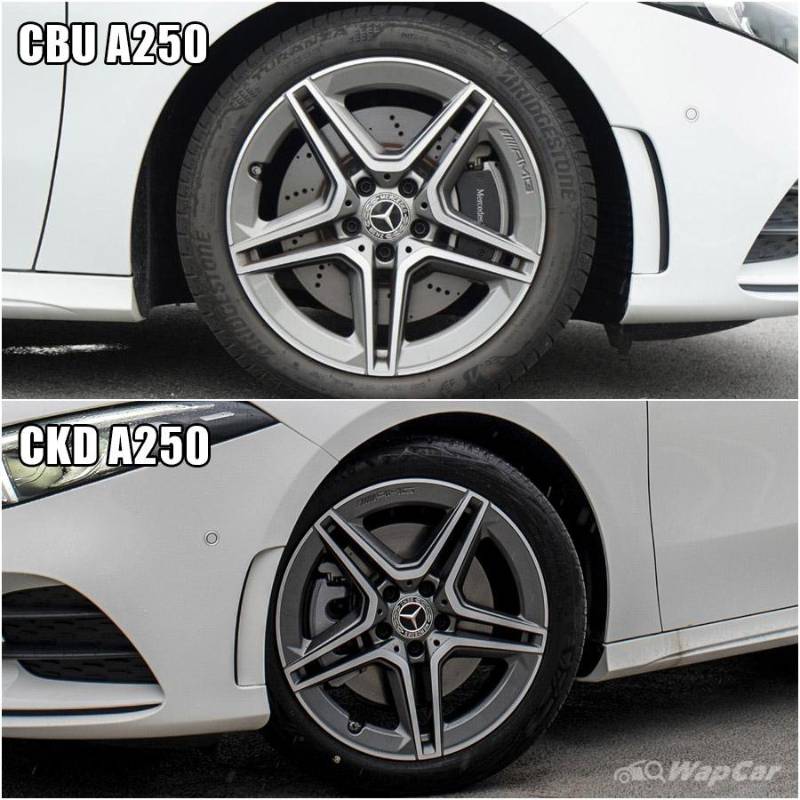 However, cross drilled brakes are notably absent on the CKD A250.

Also read: The original Baby Benz – The history of the Mercedes-Benz W201 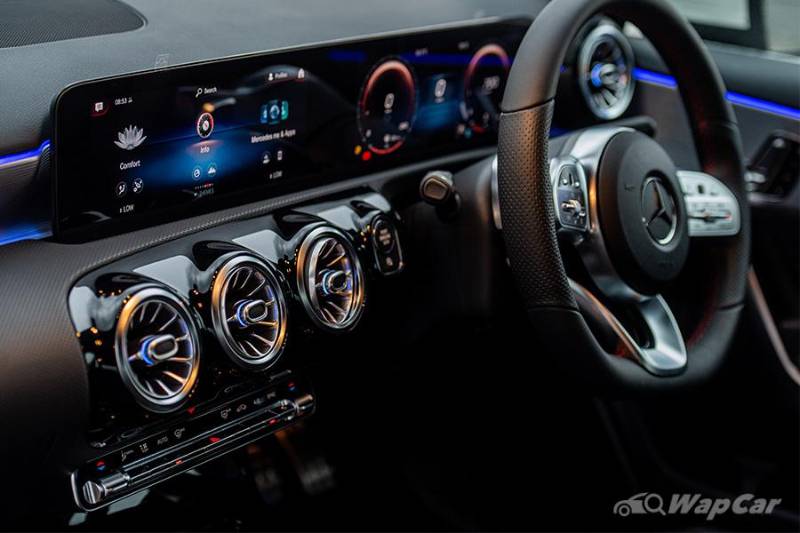 Inside, both variants share the same features too with the twin 10.25-inch MBUX instrument and infotainment displays being the main focus of the dash. This comes supported with a voice control system that allows users to operate key features like the air-cond and navigation by saying “Hi Proton” “Hey Mercedes”.

It’s the trims that differentiate between the two variants. The entry-level A200 gets a standard leather sports steering wheel, carbon-fibre look trim, and luxury seats up front.

Meanwhile the A250 gets a Nappa leather-wrapped sports steering wheel, light linear-grain aluminium trim, and front sports seats. The A250 also gets ambient lighting and illuminated door sill panels. 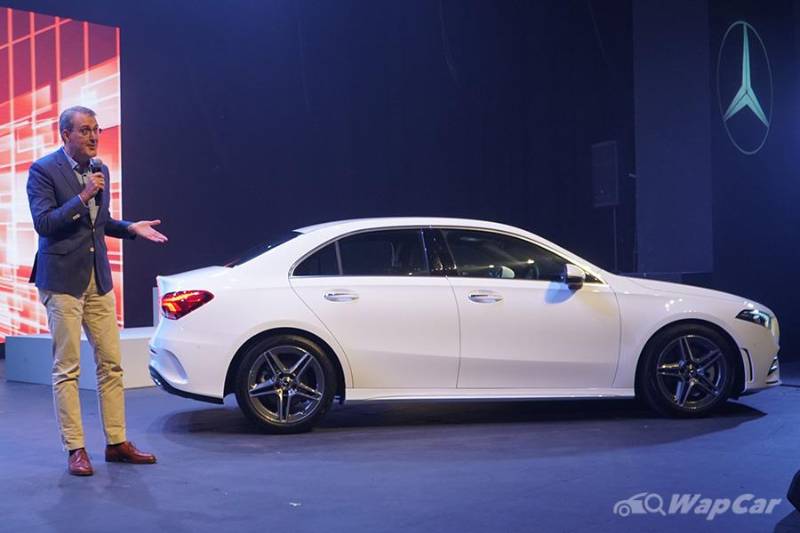 In terms of safety, both variants come with 7 airbags, Active Brake Assist AEB, and Active Parking Assist with a reverse camera. The A250 adds on Blind Spot Assist and Exit Warning Assist. 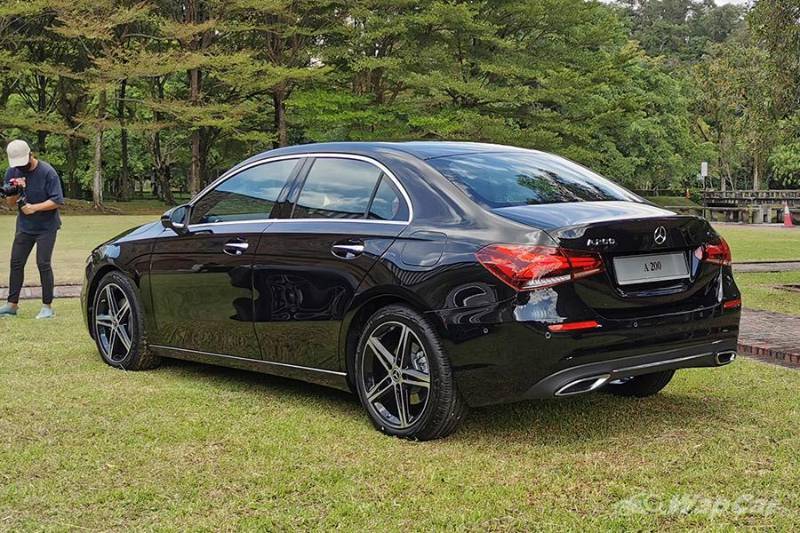 With the CKD A-Class now priced a little closer to the BMW 218i Gran Coupe (from RM 211,367), can the better-looking Baby Benz upstage the Baby Beemer?

Also read: Mercedes A-Class vs BMW 2 Series GC: Which is a genuine entrance to luxury?