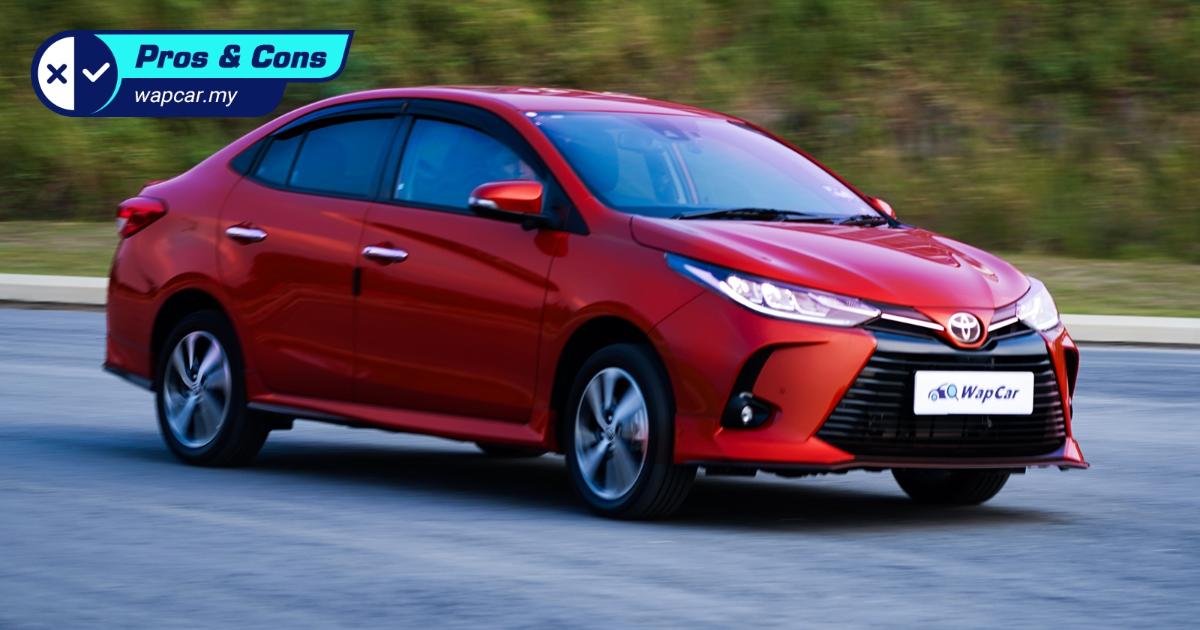 The 2020 Toyota Vios facelift has strong competition from not just B-segment sedan rivals like the Honda City and Nissan Almera, but also SUVs like the Proton X50 and the recently-launched Perodua Ativa.

If you’re convinced about buying a sedan - which is completely understandable for reasons explained here - and you’re eyeing on the Toyota Vios facelift, here are its pros and cons. 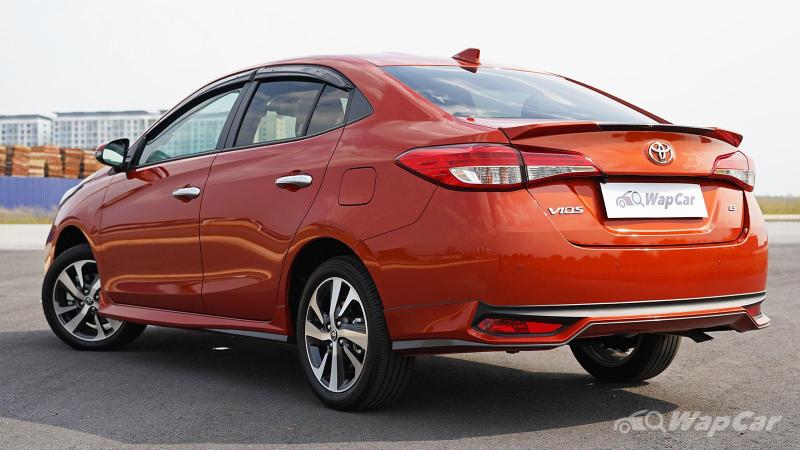 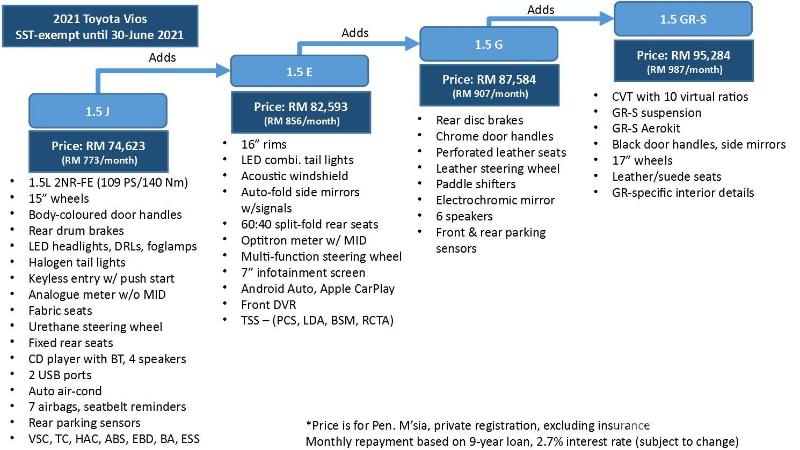 At this price point, the Toyota Vios has the most comprehensive active safety features. The Honda City 1.5V does not come equipped with ADAS, while the Nissan Almera misses out on Lane Departure Alert (LDA) compared to the Vios. 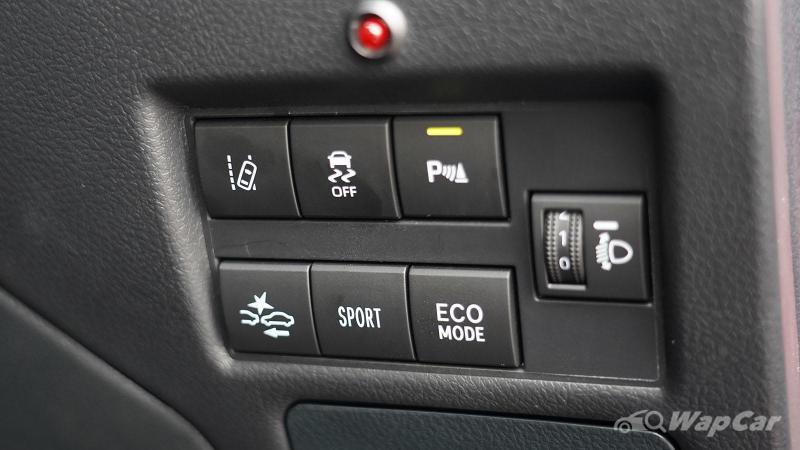 Also, the Almera’s AEB uses only a radar and works until 80 km/h whereas the Vios’ AEB utilizes camera and radar, which works at speeds of up to 180 km/h.

Plus, the Vios 1.5G gets rear disc brakes compared to drum units in the Honda City and Nissan Almera.

Other noteworthy features in the Vios include 360-degree camera (much improved from pre-facelift model) and the wireless phone charger inside the centre armrest.

Pros – Most comfortable in class 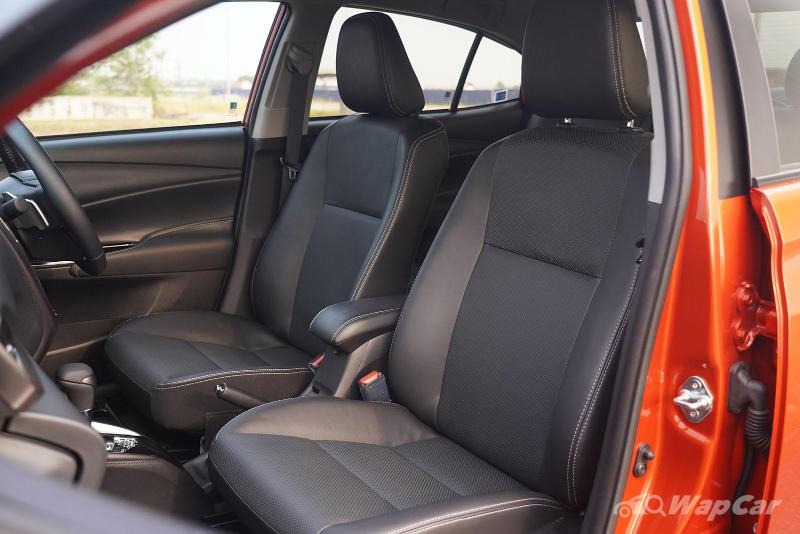 Now, the current generation Honda City is the comfortable it has ever been. The suspension is supple and performs similarly in terms of bump absorption. The seats in both the Toyota Vios and Honda City are also similarly comfortable and supportive.

However, the difference here is that the Vios’ suspension is ever so slightly firmer and feels more controlled over undulating surfaces. More importantly, the cabin noise level is just a tad lower in the Vios. We recorded an average of 69 dB in the Vios while the City averaged 70 dB. 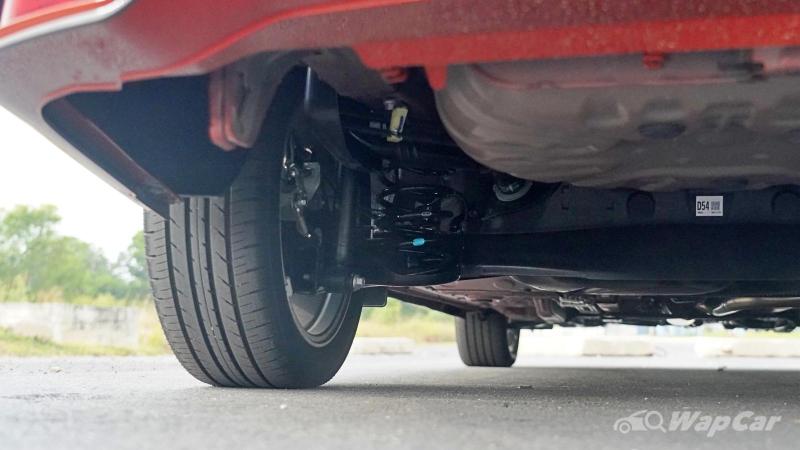 The Almera may be the quietest in class (68 dB at 110 km/h), but it doesn’t iron out sharp edges as well as the Vios. Therefore, the class-leader in comfort still goes to the Vios. 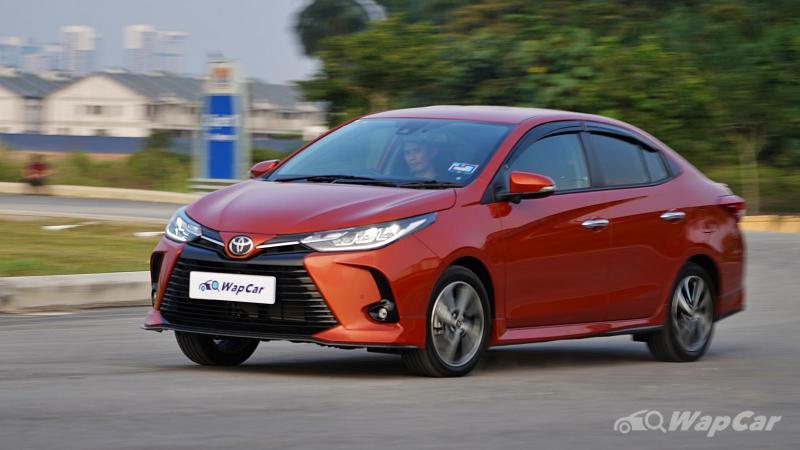 Even without the GR-Sport suspension, the standard Vios is still a competent performer in the bends. This is where the more controlled setup in the Vios trumps the City.

Body roll in the Vios is not as significant as in the City, which is a little more confidence inspiring, particularly at high speeds. Push it hard into corners and the front end tries its best to follow its track without understeering. 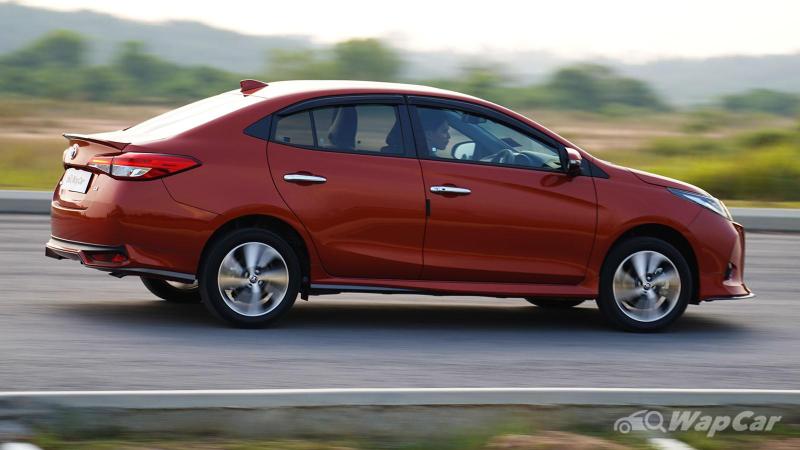 It is also very forgiving in which it takes a lot to unsettle the car. So its handling is best described as competent and safe.

The Toyota Vios is currently the only car in its segment without telescopic adjustment on the steering wheel. For some, such as yours truly, it’s a deal-breaker.

For taller individuals, the driving position is compromised. Either the arms are stretched too far or the legs are squeezed as a result of being too close to the dashboard. One solution would be to set the backrest at a very upright position, but it’s not a comfortable posture.

Cons – Not as fuel-efficient as rivals 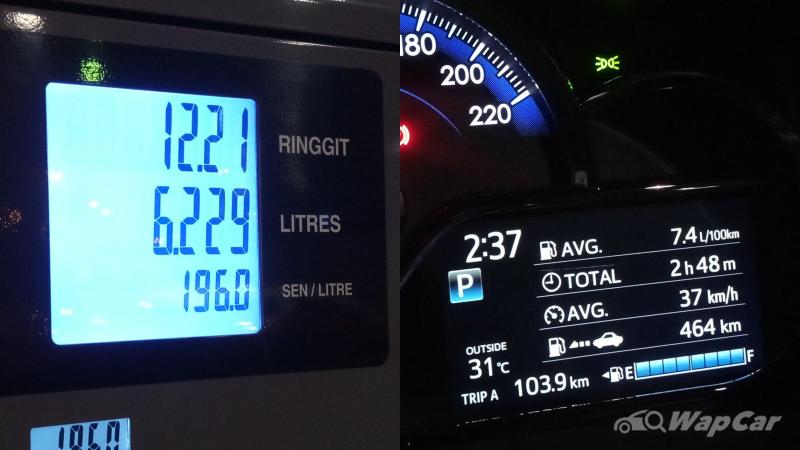 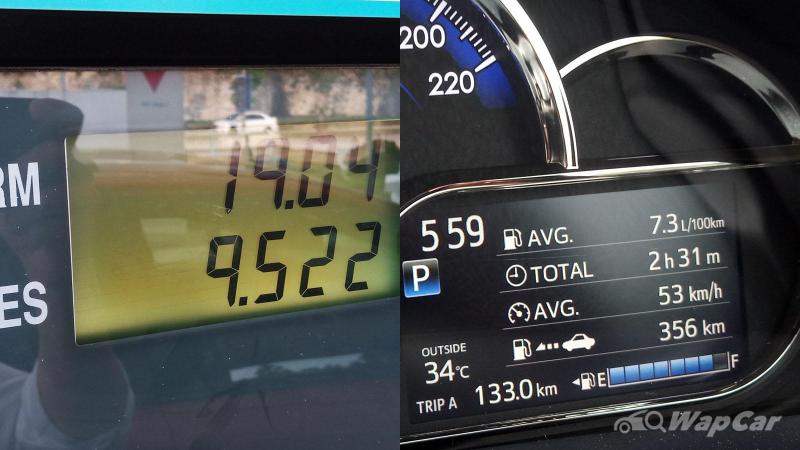 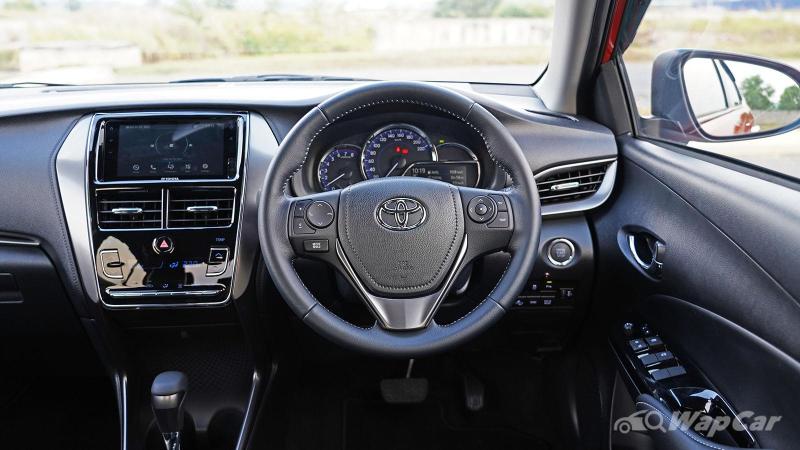 The Toyota Vios is not as fast as the rest of the B-segment saloons. After several attempts in the century sprint, the fastest 0-100 km/h time recorded for the Vios is 13.4 seconds.

Strangely, the pre-facelift model clocked 12.7 seconds, and we are still looking for an explanation. But even if it did manage an identical 12.7-second run, it’s still slower than the Honda City or Nissan Almera, which did 11.4 seconds and 12.4 seconds respectively.

In practice, the Vios does feel slower due to its laid-back nature. The Honda City feels lighter on its feet and more eager to take off, while the Almera has a healthy dose of low-end torque from the turbocharger. 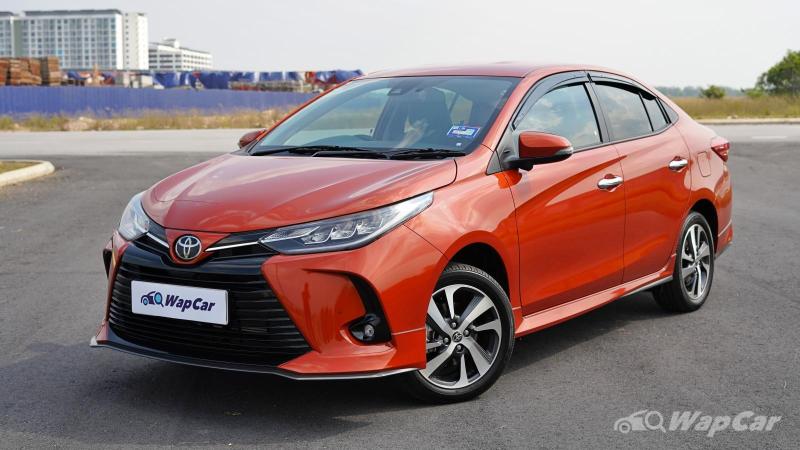 The Toyota Vios offers a good balance of price and features, the most comfortable ride and yet delivers competent handling. However, it lacks telescopic adjustment on the steering wheel and it’s not the most fuel-efficient in class. It also has the slowest acceleration compared to rivals.

If you’re looking for a no-frills daily runabout that’s supremely comfortable and is stable on the highways, then look no further than the Toyota Vios.