Pros and Cons: Honda City 1.5V – Still the most spacious but why no AEB? 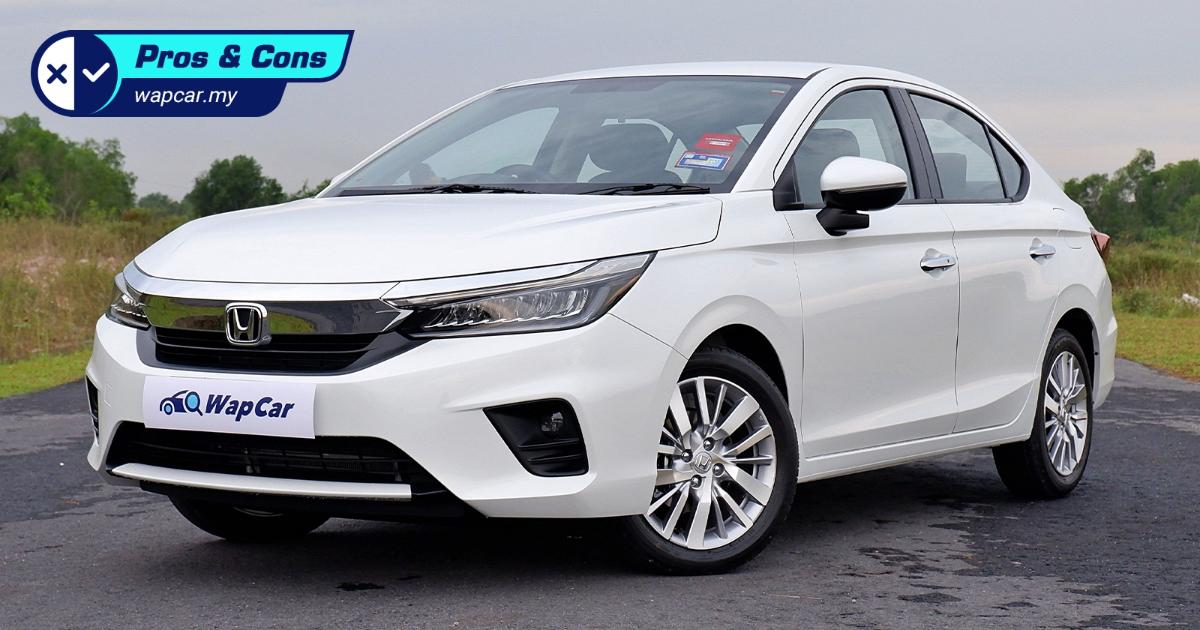 We’ve previously discussed why we think the V variant of the Honda City is the pick of the range at the moment. That is, until the RS gets its official pricing. Anyway, here’s a recap of the Honda City and its variants. 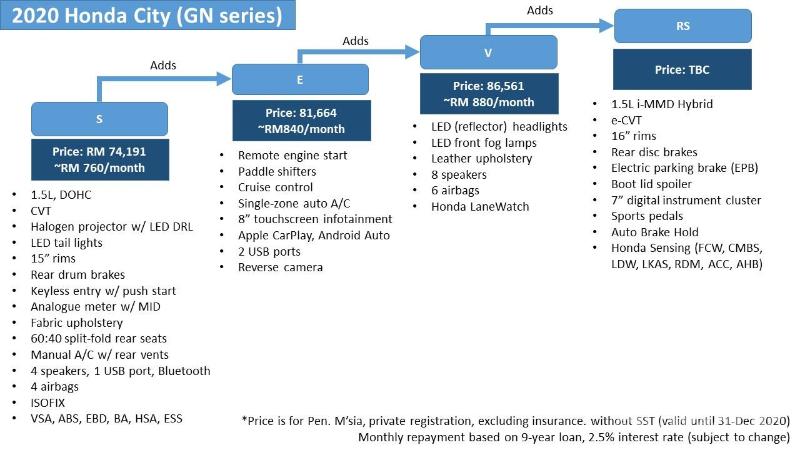 For now, this is the top of the line and if you’re in the market for one, we’ve rounded up the list the pros and cons for you. 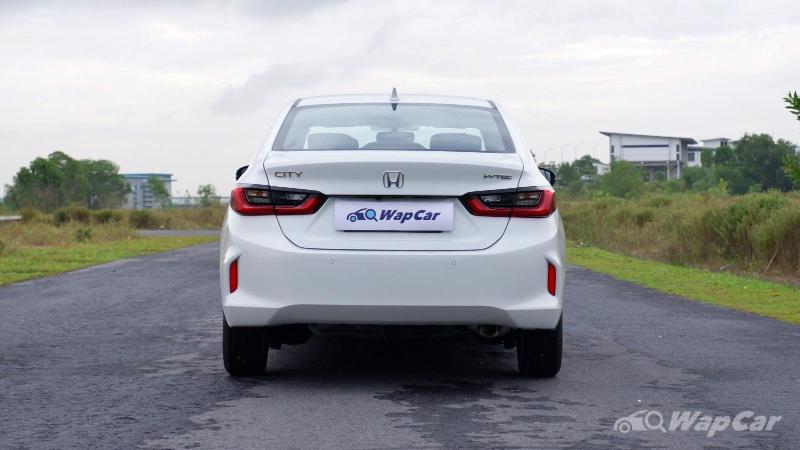 The current generation Honda City is the comfortable it has ever been. Suspension is rather soft and is comparable to the Toyota Vios, which is still the most comfortable in class, but the gap has been significantly narrowed. 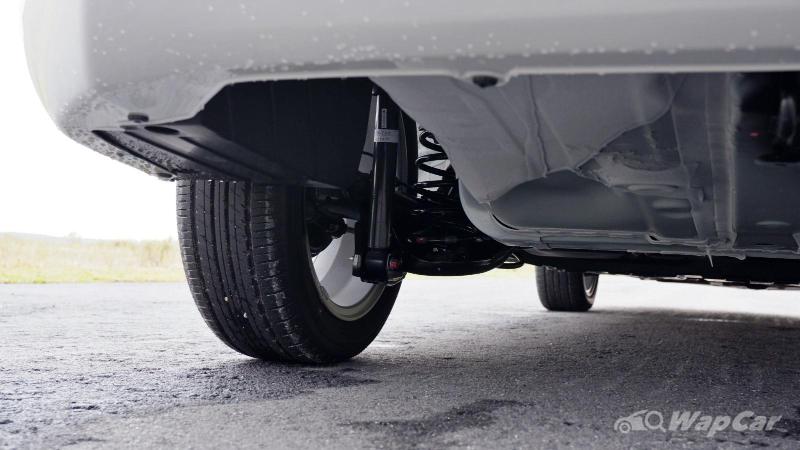 It’s more composed over lumps and bumps compared to the previous generation Honda City, codenamed GM6. The new Honda City gives the sensation of waft as it gently settles over large undulations, which lends itself to a more mature ride characteristic.

Pros – Most spacious in class 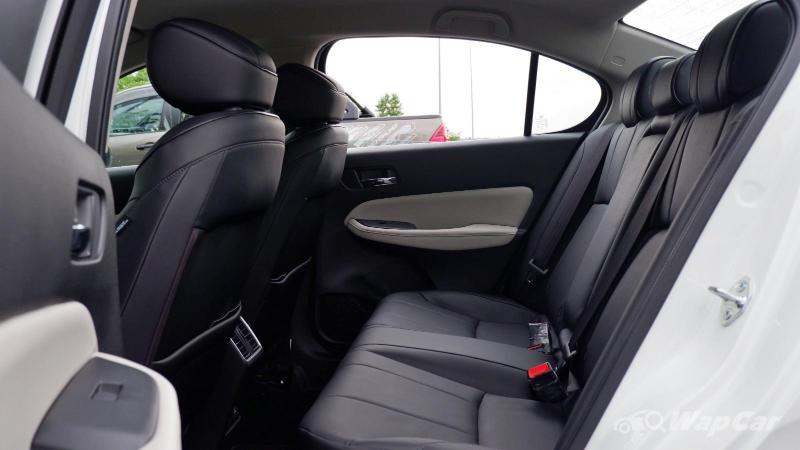 The previous generation (GM6) Honda City was known for being the most spacious in class, thanks to the masters of interior packaging at Honda. The new Honda City maintains that status. 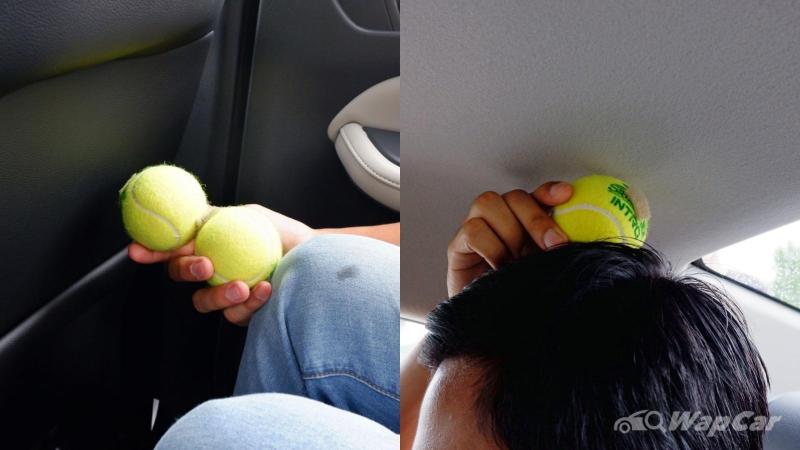 At the rear seats, there is 2 tennis balls of kneeroom and 1 tennis ball of headroom for a 175 cm tall individual. 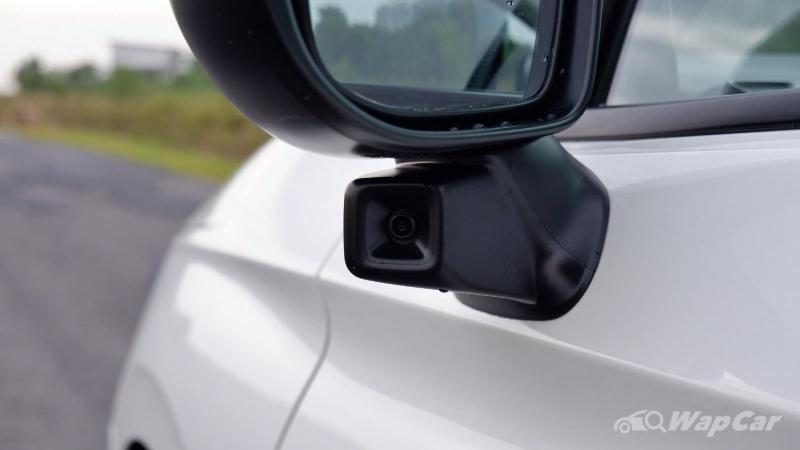 The Honda City 1.5L V doesn’t feature blind spot monitors. Instead, it gets Honda LaneWatch. It works by using a small camera placed on the lower side of the left mirror. 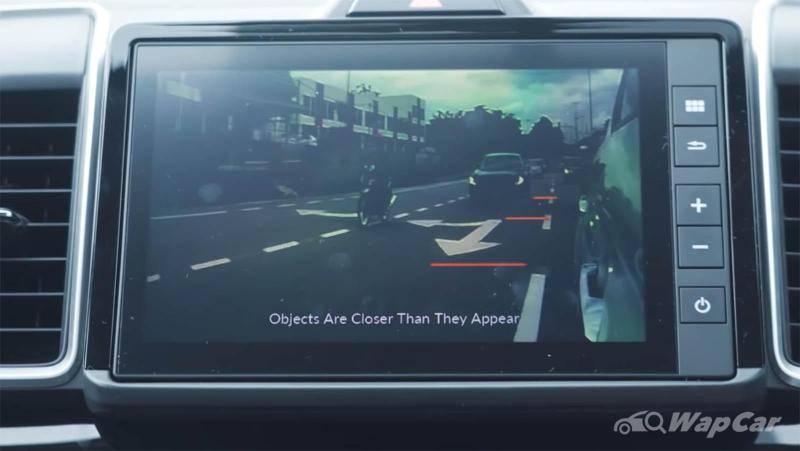 One advantage of LaneWatch is the visibility in poor weather. Heavy rain, especially at night, reduces the effectiveness of blind spot monitors because with the mirrors and side windows covered in rain droplets, which means overall visibility is impaired.

LaneWatch’s camera on the other hand, still gives a clear view of the traffic despite the weather. 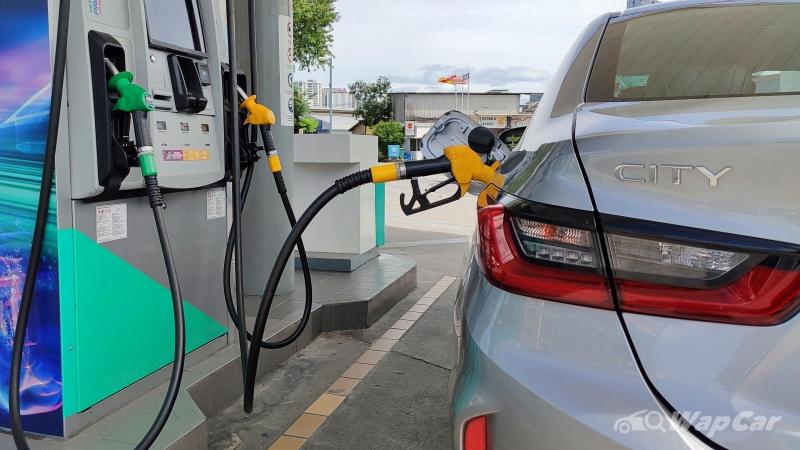 We’ve actually completed 2 rounds of fuel consumption tests on the Honda City, both in different driving conditions. And the final result is – 6.3-litre/100 km. 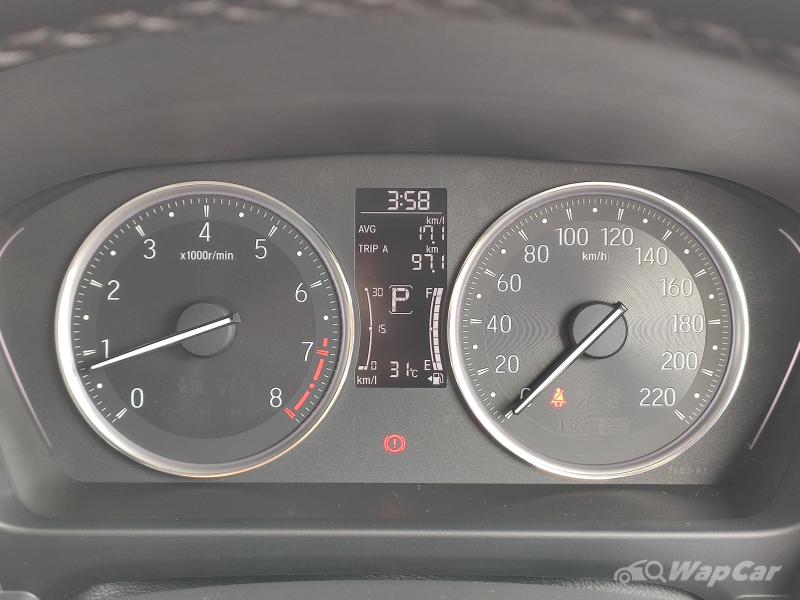 It may not be as low as the claimed fuel consumption figure of 5.4-litre/100 km, but it’s still an impressive feat. The Perodua Bezza, which is known for being frugal, managed an identical 6.3-litre/100 km during our test. 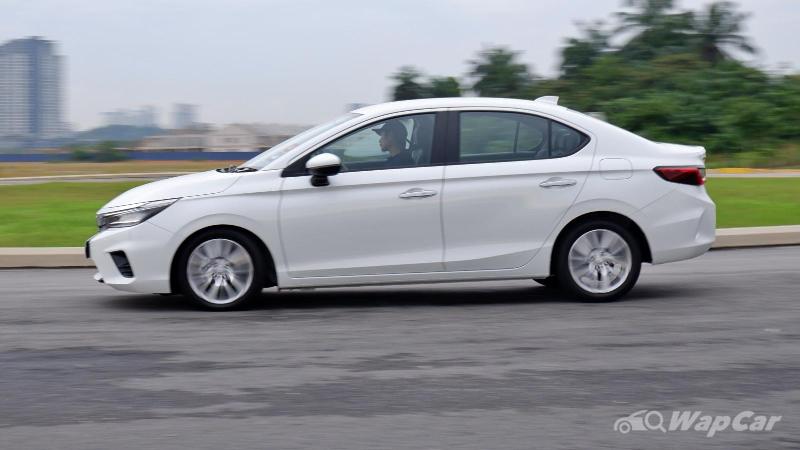 The previous generation (GM6) Honda City struck a decent balance between comfort and sportiness. In the new Honda City, tweaks to the suspension for a softer ride has inevitably affected the handling characteristics. 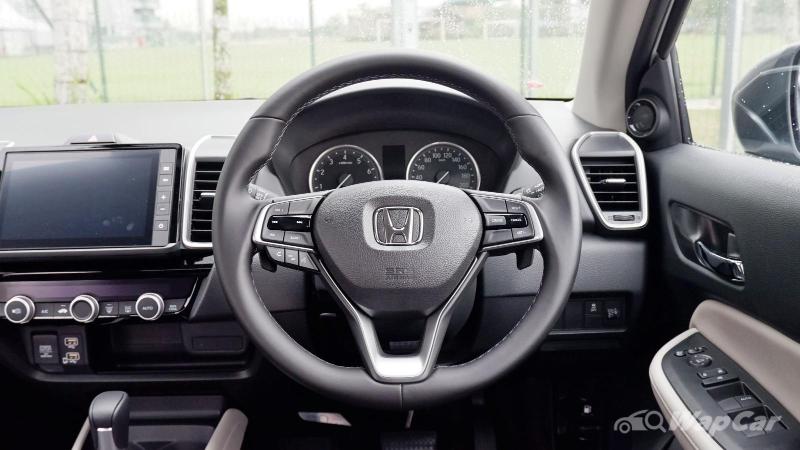 There’s noticeably more body roll in corners, which robs drivers of confidence around bends. Combine the increased body roll with a steering that’s not particularly communicative, you’d need to have faith in the Honda City to steer through enthusiastically. 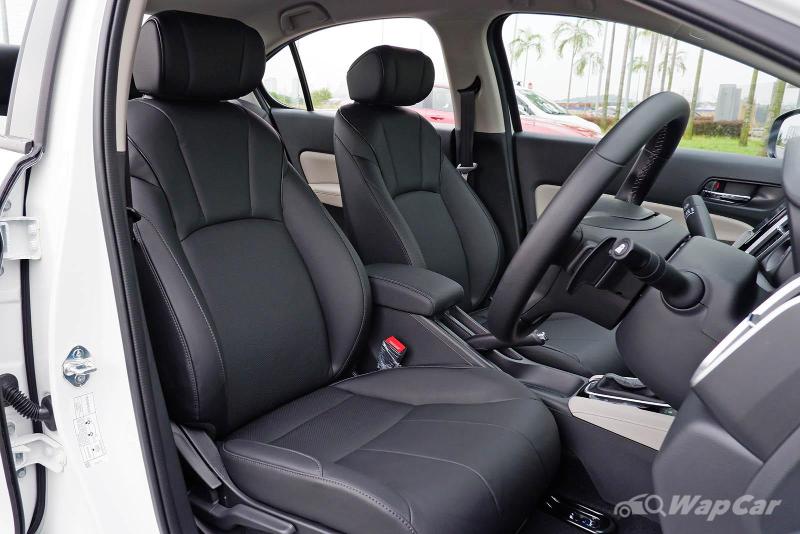 Subjectively however, it feels quieter than the numbers suggest. This may be due to the frequency of noise, as our ears are less sensitive to lower frequencies. 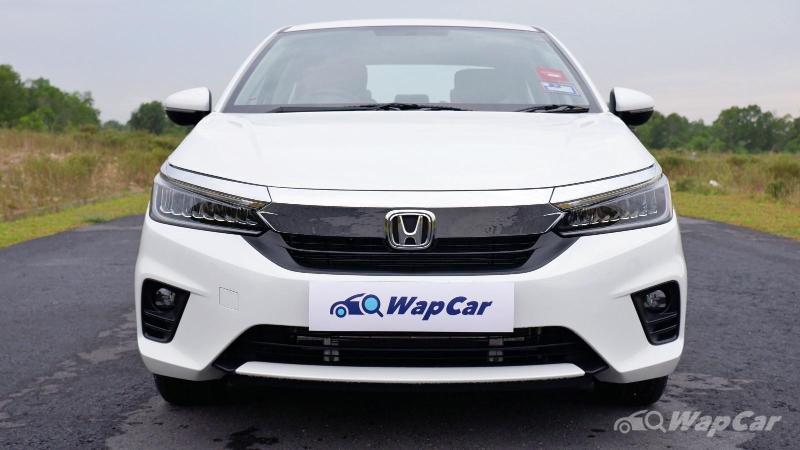 Since Honda Sensing suite of ADAS (Advanced Driver-Assistance Systems) is only available in the Honda City RS hybrid variant, all regular (combustion-engine-only) variants do not feature any form of ADAS.

Rivals like the Nissan Almera has AEB equipped as standard across the range, and the Toyota Vios 1.5G variant gets AEB as well. So this leaves the regular Honda City at a disadvantage. 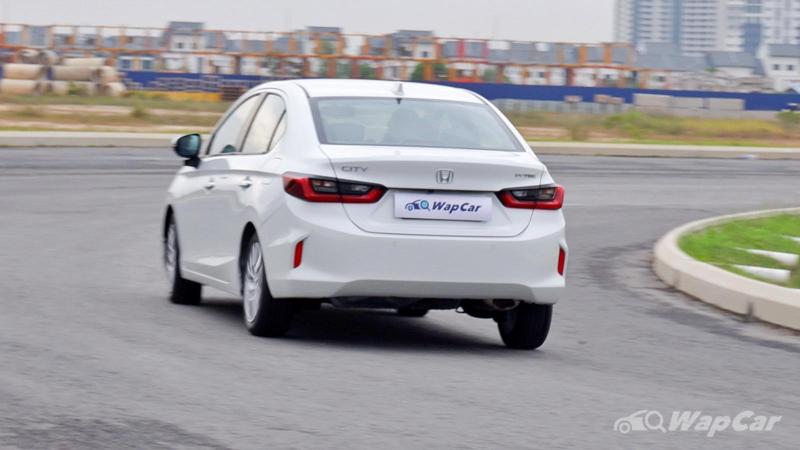 The new Honda City is the most comfortable it has ever been with its supple suspension, maintains its class-leading interior space, features a unique LaneWatch system, and is fuel-efficient.

Although ride quality has improved, downside of the softer suspension is the adverse effect on handling. Also, cabin noise level is higher than rivals and combustion-engine-only variants do not get ADAS. 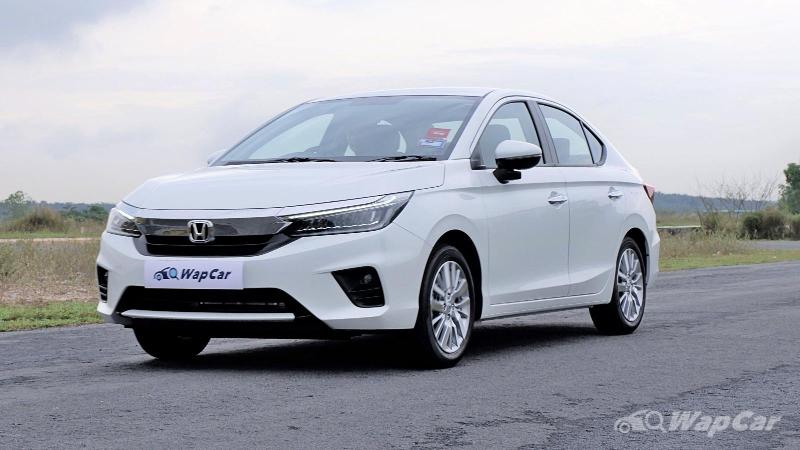 If your priority is interior space and comfort, then the Honda City should be at the top of your shortlist.