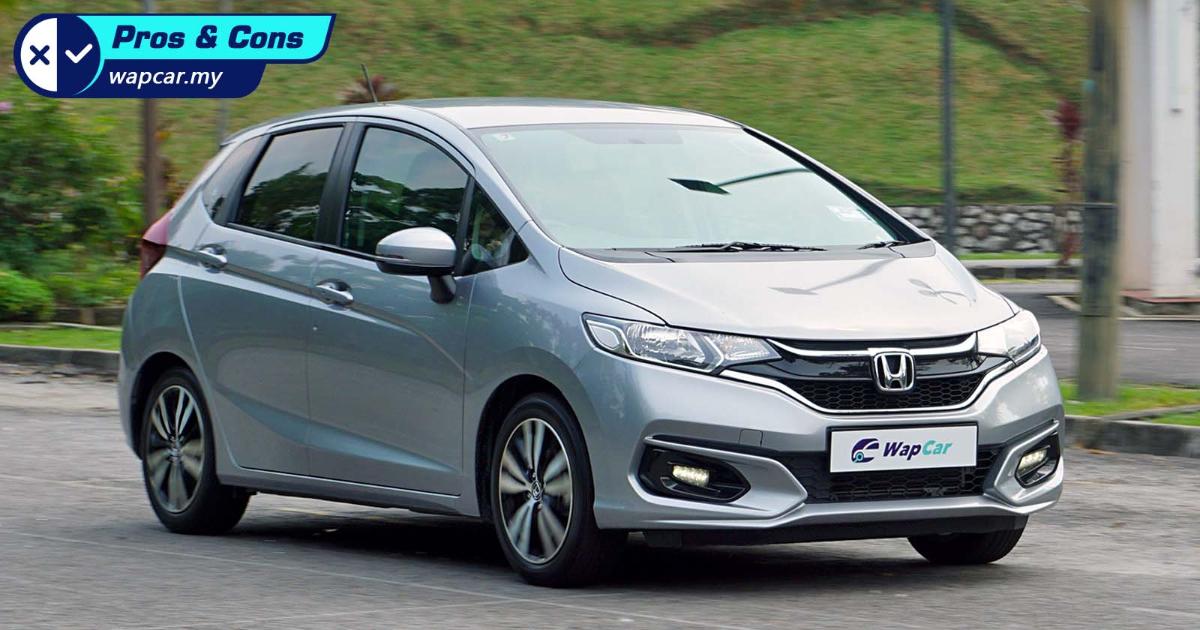 First introduced in Malaysia back in 2014 and subsequently receiving an update in 2017, the Honda Jazz is perhaps one of the oldest non-national B-segment hatchback on sale today.

While it may not the newest model on sale, is it still worth your consideration in 2020? 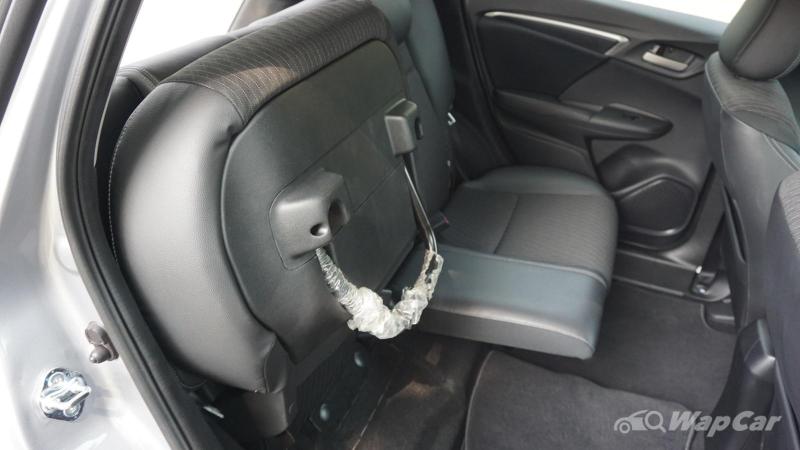 As gimmicky as the Ultra Seats may sound (they are called Magic Seats in other markets), those who have actually utilized these seats can attest to their usefulness. 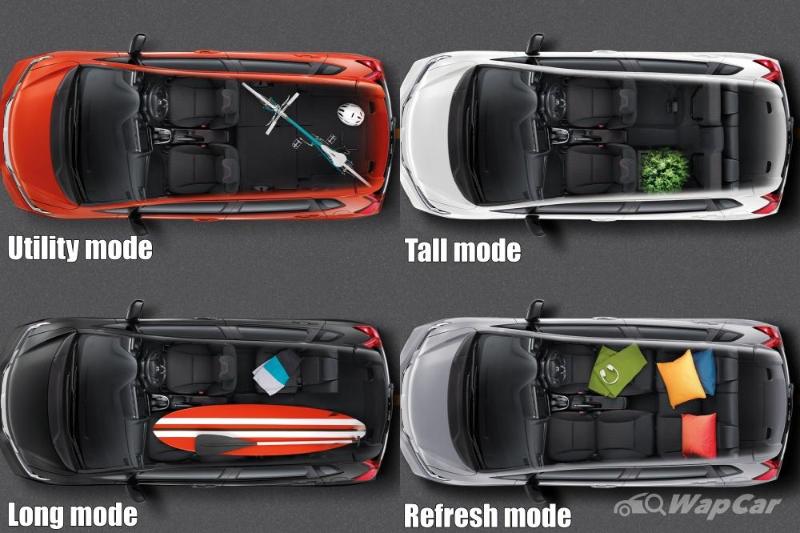 Need to carry taller items? You can fold the seats upwards to create more space (Tall mode). In addition, if you need to carry long items, you can do so by folding the Jazz’s seats down, creating an unparalleled amount of space that no other B-segment hatchbacks can compare (Long mode). 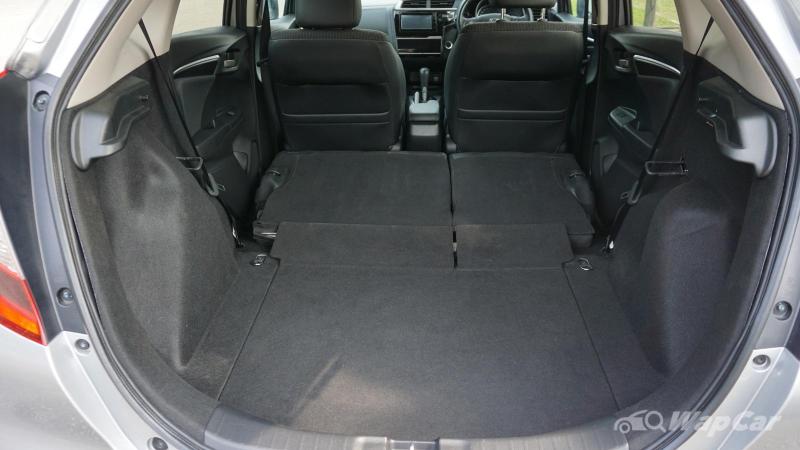 If the 363-litre (Toyota Yaris: 286 litres) boot isn’t enough for your needs, you can fold down the second-row seats, thus expanding the usable space to an eye-watering 881 litres. 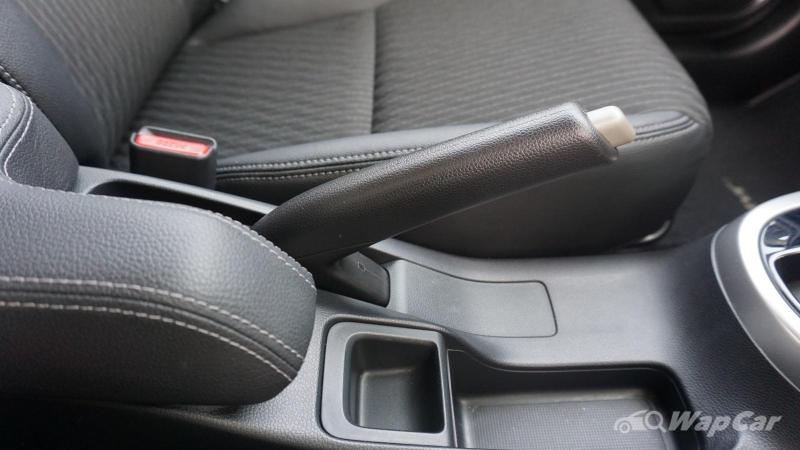 Compare to its archrival, the Toyota Yaris, the Jazz’s interior is worlds apart in terms of storage space. 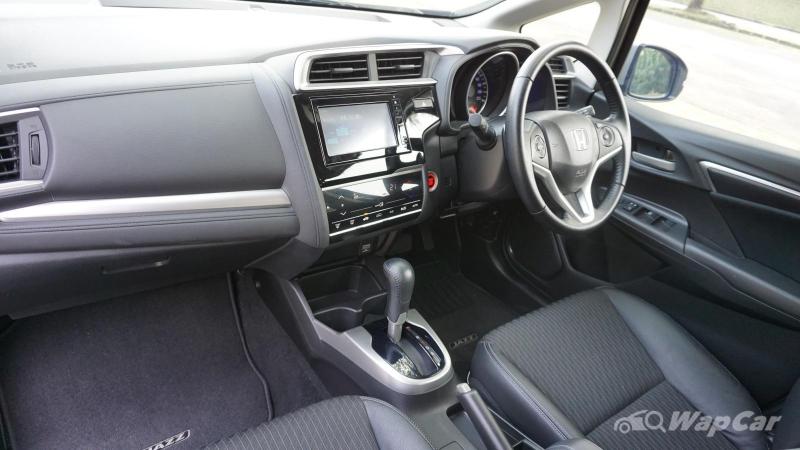 Utilizing the “Man Maximum, Machine Minimum” philosophy, Honda’s engineers have managed to fully utilize virtually every inch of usable space in the cabin. 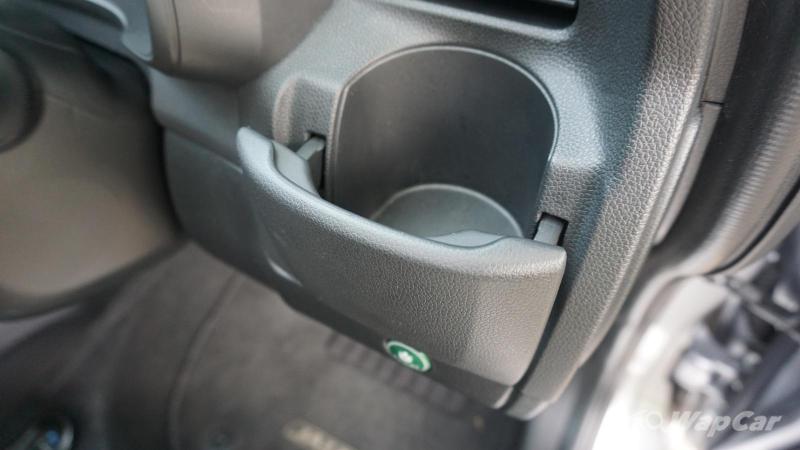 There’s more than enough space for your regular items like your phone, your keys, access cards, and even a Smart Tag reader, making it one of the best cars to live with on a daily basis. 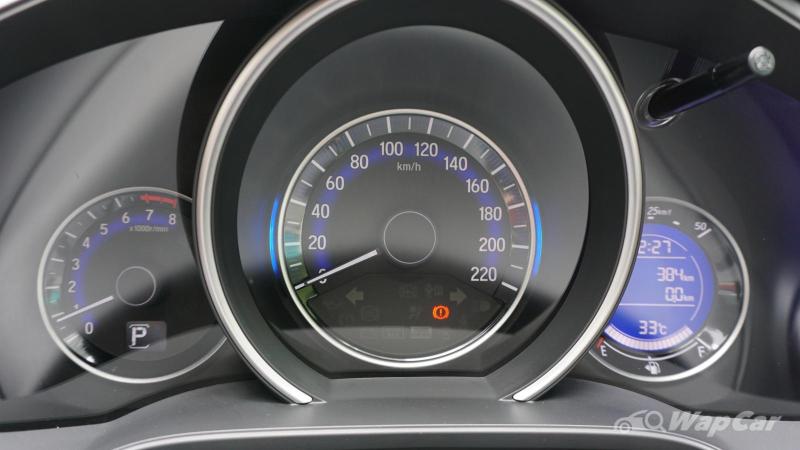 Thanks to its 1.5-litre four-cylinder petrol engine and Earth Dreams CVT-type automatic, Honda claims that the Jazz is able to return 5.8-litre/100 km, but we achieved 6.7-litre/100 km – still an impressive figure, considering that we pushed the car through its paces during our instrumented tests. 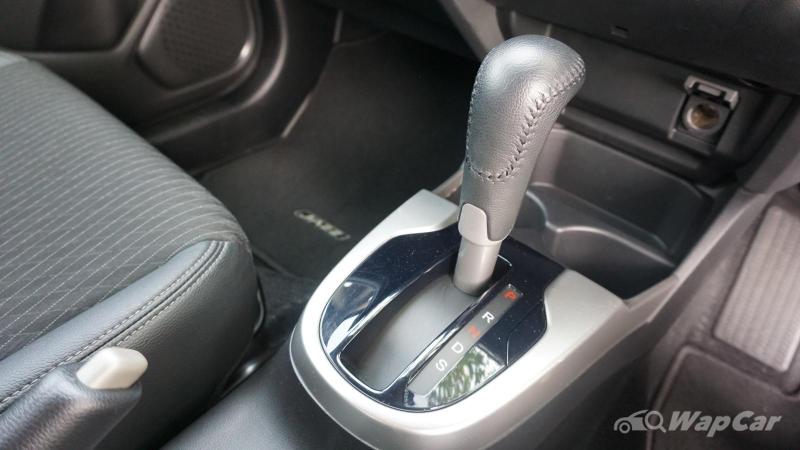 With a far gentler approach, we reckon that the Jazz can achieve considerably better figures, maybe even hitting Honda’s claimed figures.

The head unit is a downgrade 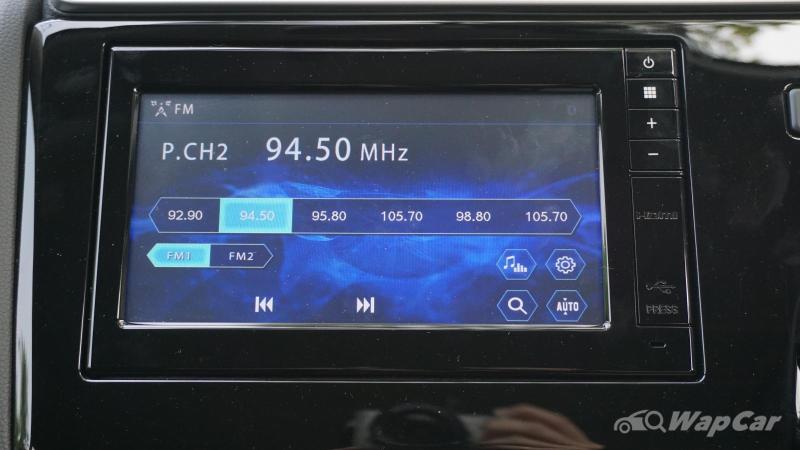 For those who remember, the pre-facelifted Honda Jazz featured a well-integrated infotainment system that displays fuel consumption figures, has an easy-to-read display, and neatly-tucked-away USB ports.

However, when the facelifted Jazz was introduced in 2017, Honda gave it a considerably worse head unit, with a hard-to-read display and a poorly-located USB port. It also lacks the pre-facelift model’s ability to display fuel consumption figures. 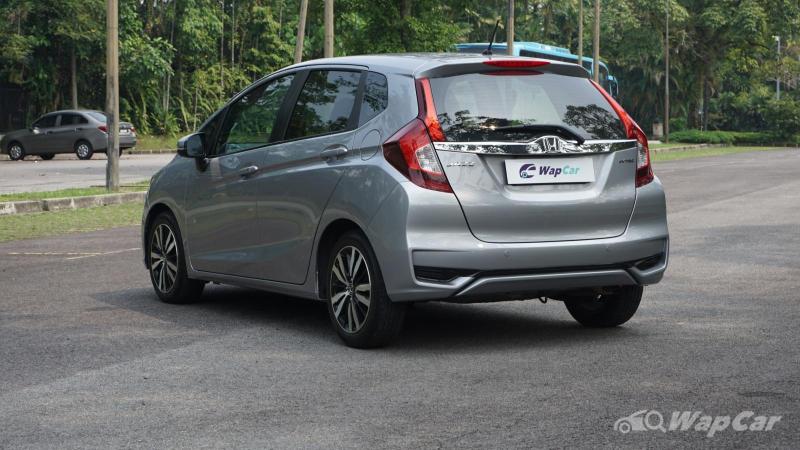 As practical as the interior may be, Honda may have dropped the ball when it comes to the Jazz’s sound insulation. 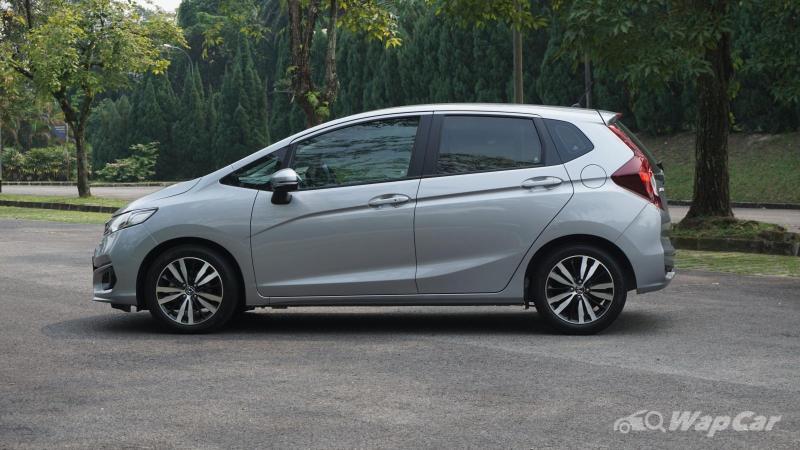 According to our instrumented tests, the Jazz’s cabin is actually one of the noisiest in the segment, recording an average of 71 dB whilst travelling at 110 km/h. For comparison, the Mazda 2 Hatchback recorded an average of 70 dB, while the Toyota Yaris did 68 dB. 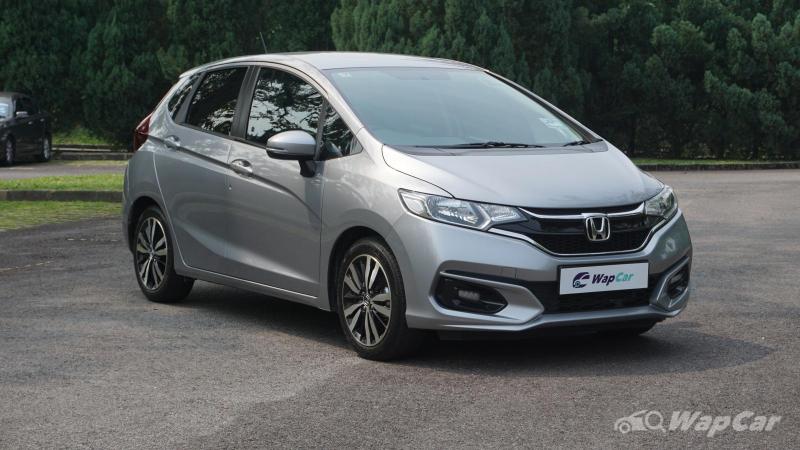 Even at lower speeds, tyre noise is always apparent, which detracts from an otherwise pleasant driving experience.

Surprising as it may sound, but when Honda Malaysia introduced the updated Jazz in 2017, the base model did not receive stability control – something which the base model City received in the same year.

The lack of stability control and the fitment of just two airbags makes the base model Jazz (RM 72,511) one of the poorest-equipped non-national B-segment hatchbacks on sale today. Even the base Toyota Yaris (RM 69,576) offers seven airbags and stability control. 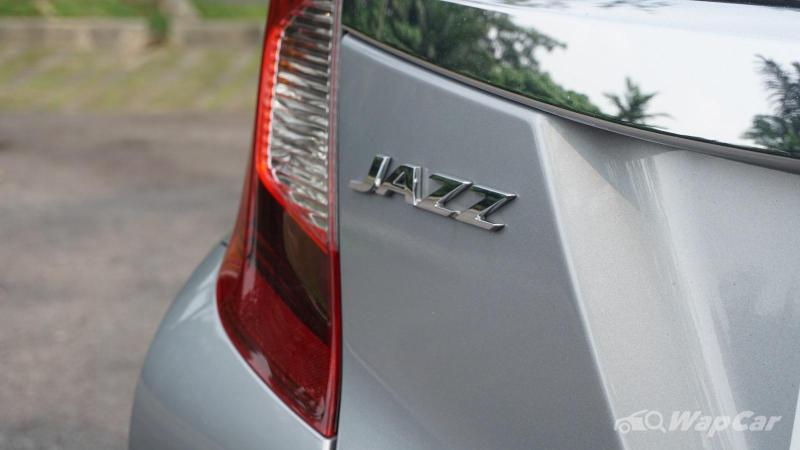 As old as the Honda Jazz may be, we reckon that it is still a good purchase in 2020, combining practicality and fuel efficiency into a good-looking hatchback.

Driving dynamics of the Jazz is also worth a mention, although it doesn’t inspire confidence at first. Have faith in the Jazz, it will reward you with excellent driving dynamics.