Home > News > Pros and Cons: JMC Vigus Pro – Can Ford power and 8-AT convince you over a D-Max? 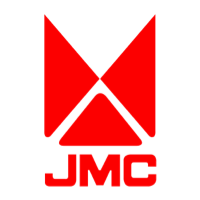 Pros and Cons: JMC Vigus Pro – Can Ford power and 8-AT convince you over a D-Max? 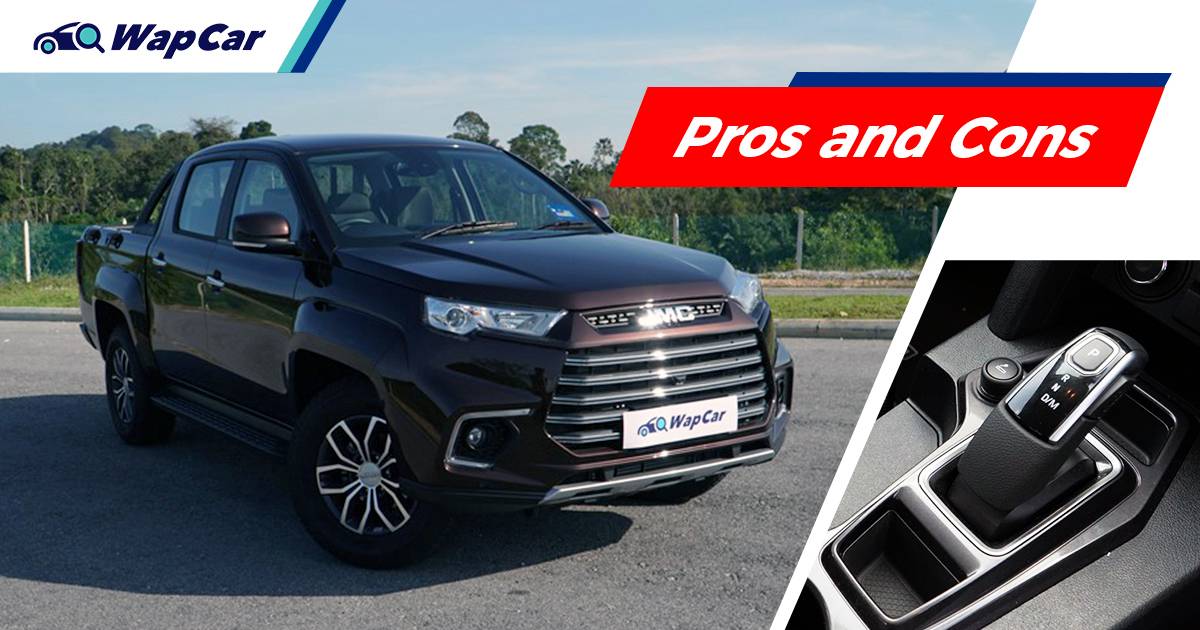 The 2021 JMC Vigus Pro answers a question that isn't really on many people's minds: Is there a pick-up truck on sale with an automatic transmission that costs less than RM 100k? Rivals like the Isuzu D-Max and Mitsubishi Triton offer their base automatic variants for a little over RM 100k, so how convincing is this Chinese newcomer? 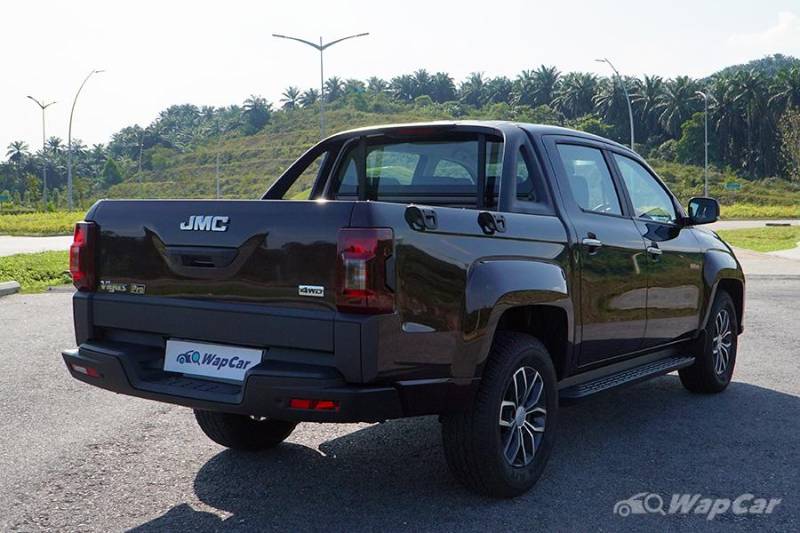 Locally assembled (CKD) at Tan Chong Motor Assemblies’ plant in Serendah and distributed by Angka-Tan Motor Sdn Bhd (ATM), the Vigus Pro wants to challenge the status quo in the pick-up truck segment. The lower end of said segment based on the price. 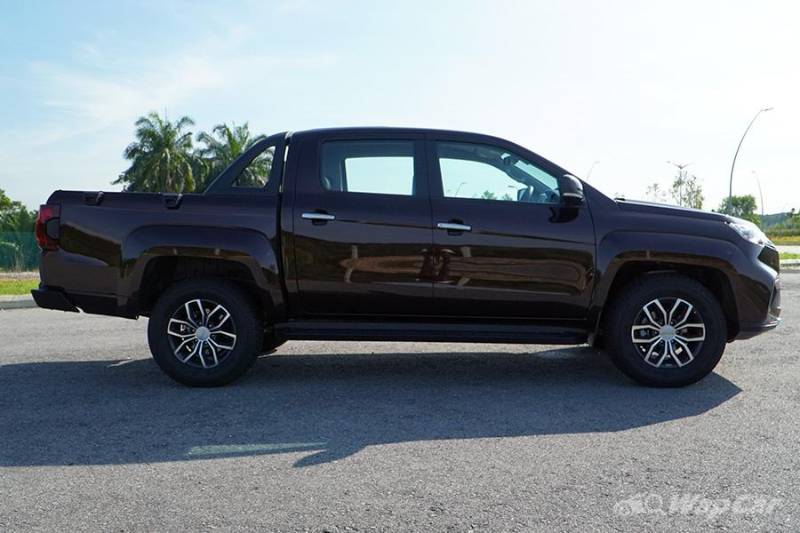 Starting from RM 98,888, the Vigus Pro is one of the cheapest pick-up trucks on sale in Malaysia. Before we dive deeper into this Chinese truck, here’s a quick overview of the pros and cons: 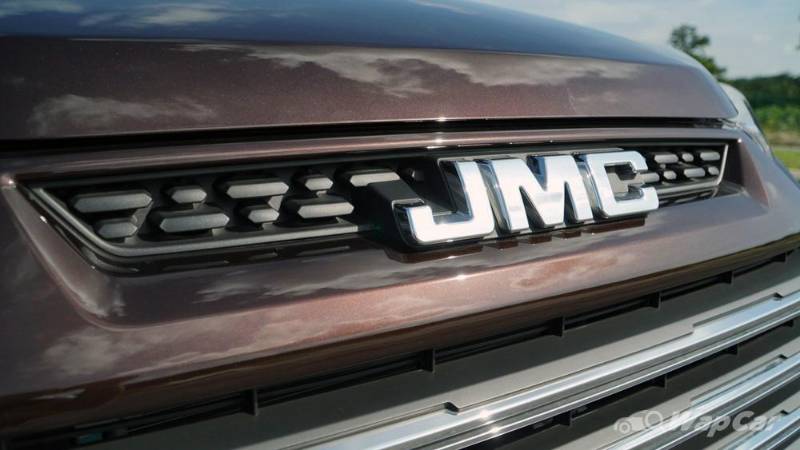 Normally, the best way to describe the design of pick-up trucks boils down to the masculine-sounding five-letter word – macho. That being said, the JMC Vigus Pro introduces another adjective to describe the looks of a truck – handsome. 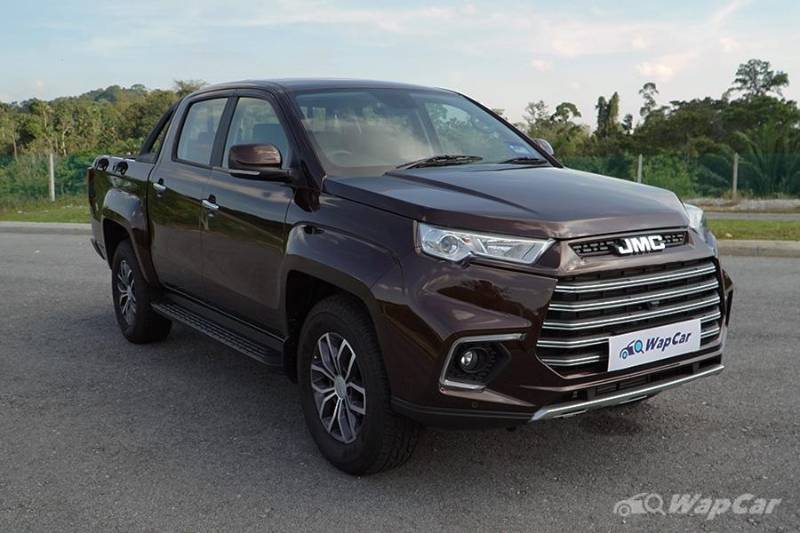 Yes, the Vigus Pro is a handsome-looking truck and as such, it looks very much like an SUV down to its stance. It’s a little more front-biased which is apparently inspired by a tiger getting ready to pounce on its prey.

The big cat is the main inspiration for the Vigus Pro’s design with the front-end mimicking the expression of a tiger on the prowl. That being said, the Vigus Pro is also devoid from the chunky plastic cladding commonly seen on rivals so you might get dings and scratches easily should you decide to go into rougher terrain. 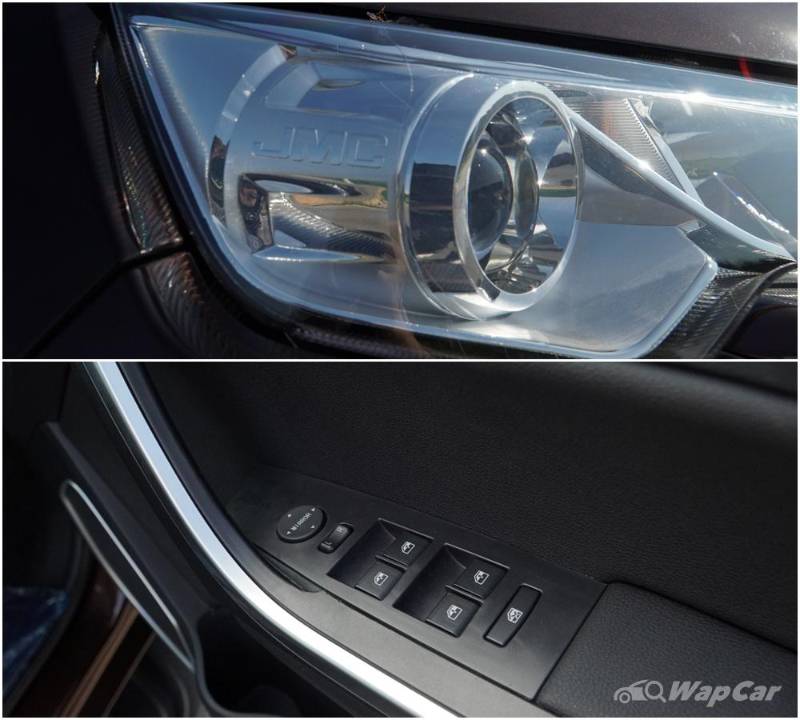 For less than RM 100k, one might expect the Vigus Pro to be basic when it comes to features. Surprisingly, the truck comes with automatic (halogen) headlamps, rain-sensing wipers, and all-around automatic windows. 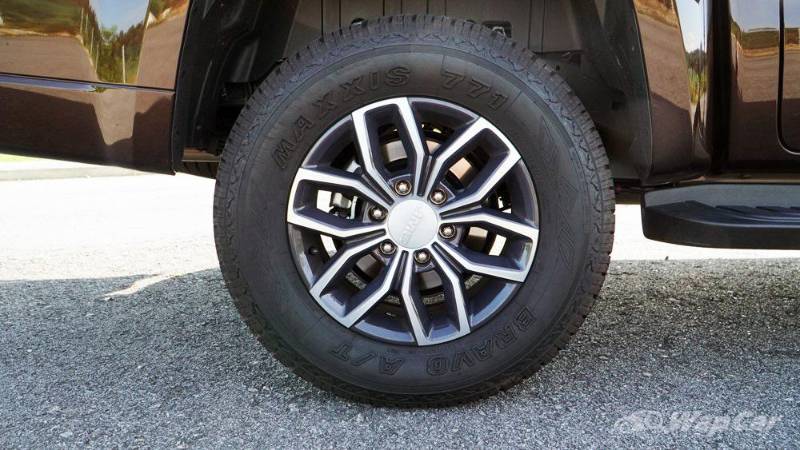 Overseas, the Vigus Pro is available with an electrically adjustable driver’s seat and a front camera. While lacking in some areas (no Android Auto/Apple CarPlay, only 2 airbags), the features on the Vigus Pro are quite decent for less than RM 100k. 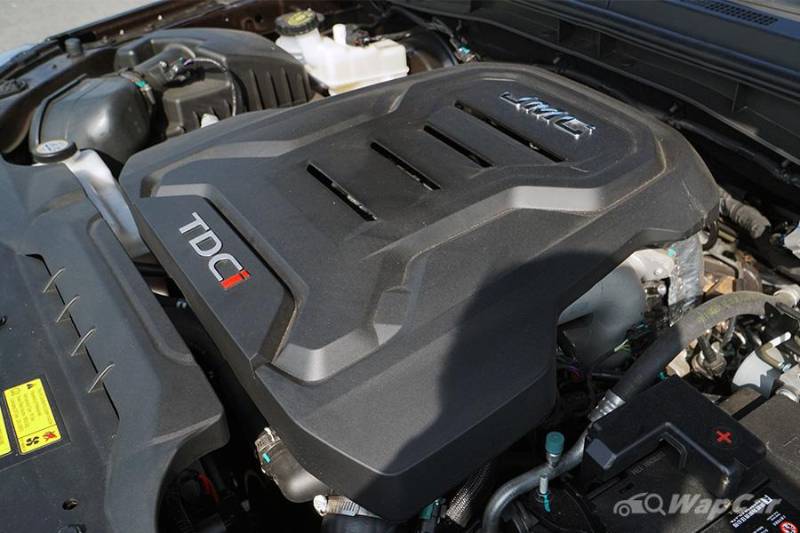 Powering the local-spec truck is a Ford-derived 2.0-litre Puma turbodiesel engine that makes 141 PS and 340 Nm. Also known as the Duratorq engine, it was first introduced on the Ford Mondeo back in 2000 but despite its age, it is quite a dependable unit. 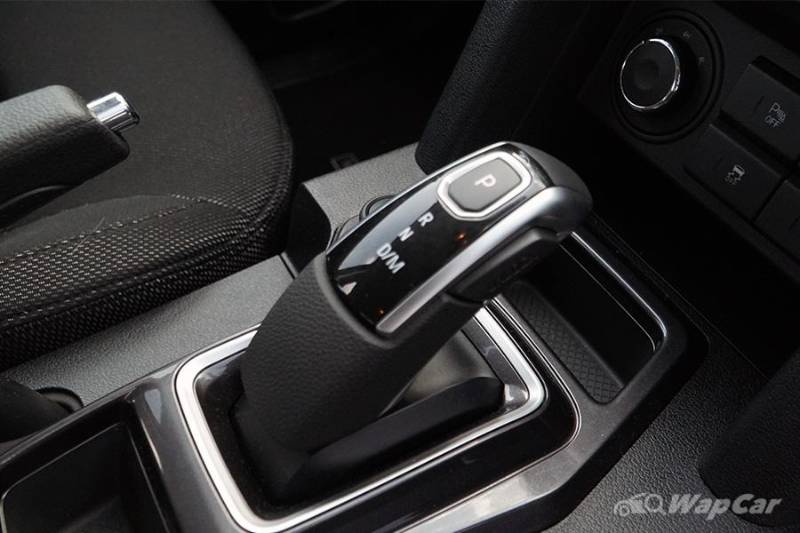 This engine is paired to a ZF 8-speed automatic transmission with manual mode. The transmission is famously used on numerous premium and performance cars making it an interesting choice to be used on a truck that feels more like a workhorse. 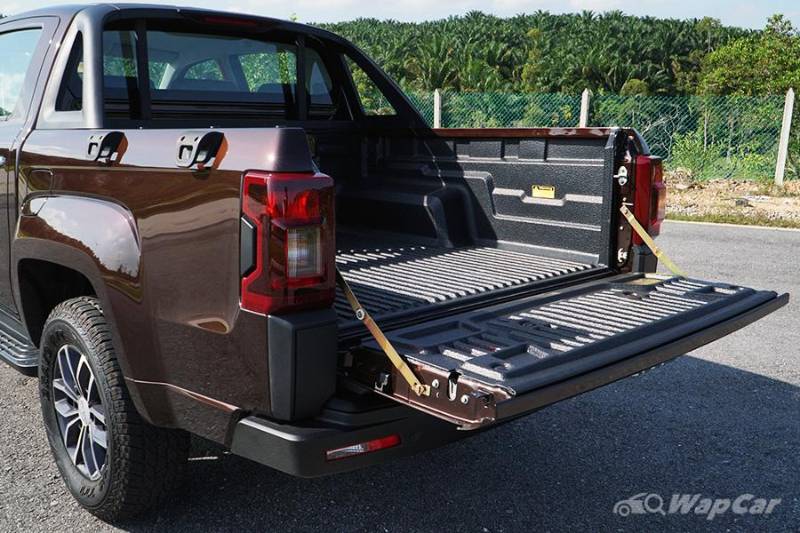 That said, the transmission shifts seamlessly and on smooth highway roads, it’s a decent cruiser. Honestly, I'm surprised with how smooth the shifts are on this Chinese truck but then again, you can't really fault with a ZF transmission no matter what it's paired with. 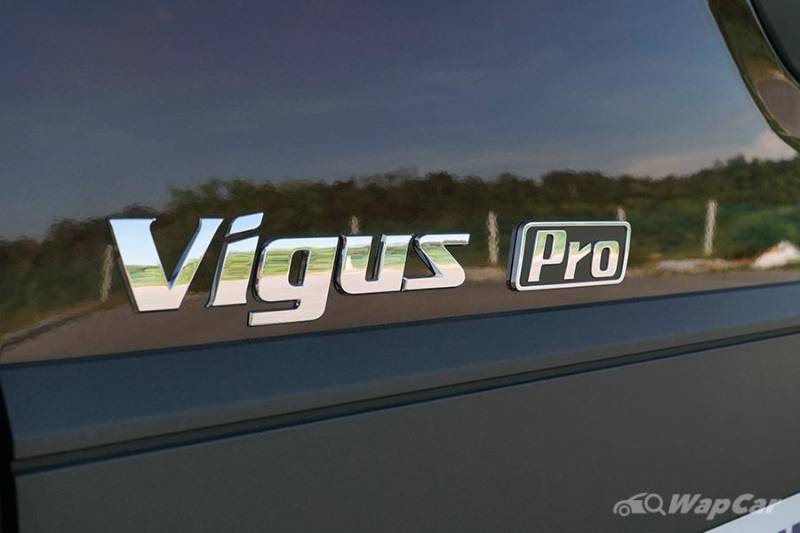 The colour on our tested Vigus Pro is called Steady Brown, one of 4 colours available on the truck. However, steady is not the best word to describe the Vigus Pro’s acceleration. Vigorous isn’t accurate either. 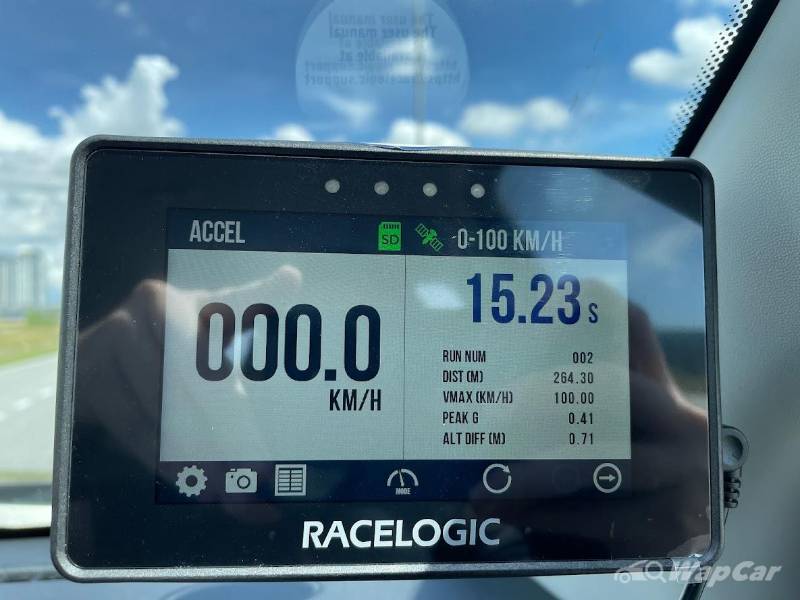 While the engine’s torque gives a semblance of confidence in overtaking or carrying heavy payloads (up to 850 kg), the truck is not quite a rocket. In our 0-100 km/h test, it takes around 15 seconds for the nearly 2-tonne truck to reach the century mark. For comparison, the (last-gen) Isuzu D-Max 1.9 did the century sprint in 12.7 seconds.

Despite being equipped with ventilated disc brakes all around, the stoppage power feels vague. Press the brake pedal and the truck takes its time to eventually realise that the left pedal has been engaged to stop.

Remember that stereotype of Chinese cars being just awful to be in? Well, the Vigus Pro shares that same aura but I wouldn’t call it the worst for a brand-new pick-up (ahem... Maxus). Step inside and the Vigus Pro greets its occupants with hard black plastic.

Also read: These 5 Chinese copycats look like the Toyota Alphard but cost as much as an Innova

Everywhere you feel, the truck shouts cheap and this is the type of quality you would see on a Perodua Kancil from 25 years ago, not on a modern vehicle in 2021. There are huge panel gaps and on some surfaces, the fit and finish are uneven.

With all the signs pointing at this being a cheap Chinese product, I was hoping to find some form of misspelling or a badly translated English verse in the cabin. It didn’t take long when I wanted to change the infotainment screen’s wallpaper, or as the display read: Wallpater.

All these quality issues might be a miss if you're looking from an urban buyer's point of view but from another group of buyers, this won't be an issue. I'm referring to tradesmen and farmers who would see this as a potential workhorse.

Those scratchy plastics and panel gaps aren't a major issue if all the truck will receive is a beating from transporting items or traversing through a field. 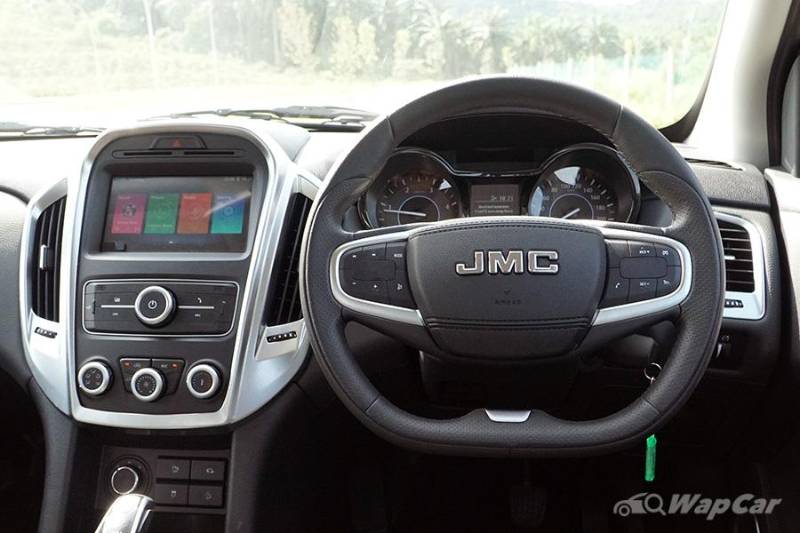 Besides the electronic gear selector, another standout feature once you step foot into the Vigus Pro is the two-spoke steering wheel. It's very Peugeot-like but unlike the French Lion, the steering wheel feels large and bulky.

Not a smooth operator when you’re manoeuvring around mind you, the squarish-wheel (“squeel”?) feels awkward to hold. 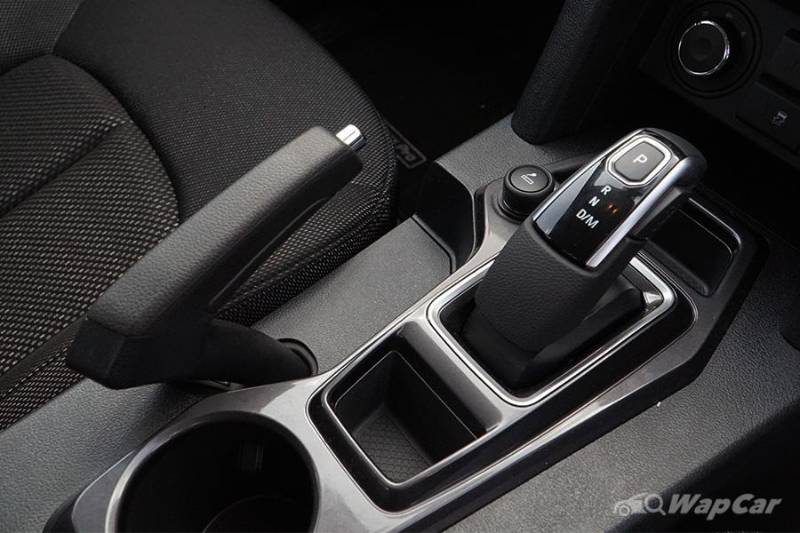 Another issue that might be faced by those with short limbs is the position of the parking handbrake. It’s located too far from the driver and it gets straining especially if you're often faced with long waits at the traffic lights. Guess JMC’s development team simply never bothered switching the handbrake since it is sold in a few right-hand drive (RHD) markets.

Conclusion - Who is it for exactly? 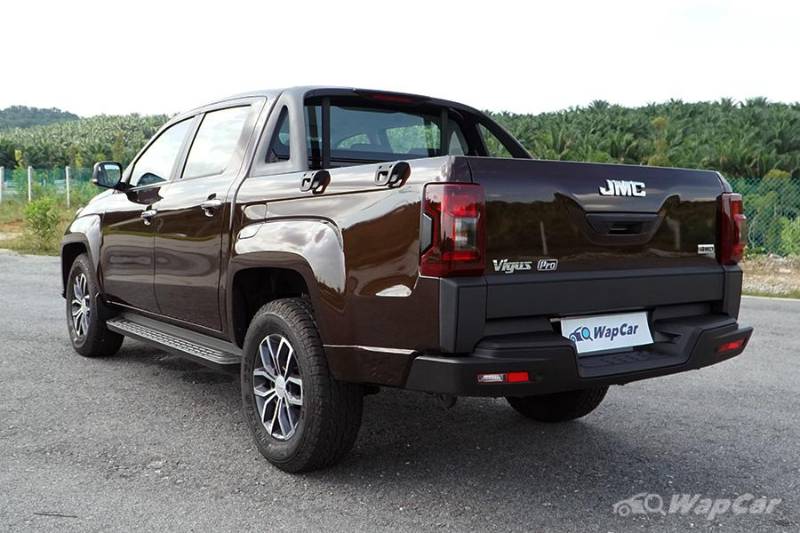 You might think that at the end of this, I am telling you to stay away from the Vigus Pro with a ten-foot pole. It misses out on some features that are deemed essential for the urban buyer like modern smartphone connectivity, charging ports, and leather seats. 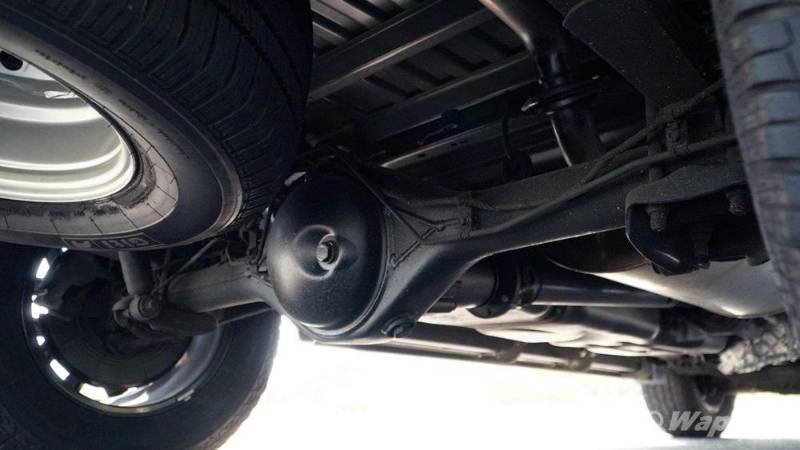 However, from a workhorse perspective, the Vigus Pro might actually deliver. That being said, while the Ford-sourced engine might be dependable, we can't say the same on the transmission's durability in off-road conditions. 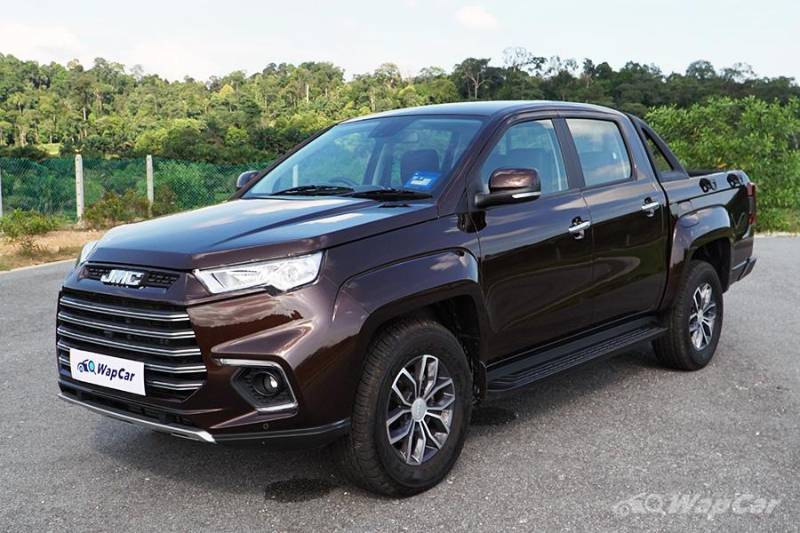 Hence, the JMC Vigus Pro isn't the worst pick-up truck for sale. Its near-barebone features hark back to the days when trucks weren't used as accessories to display one's machoness. In fact, I might add that the hardiness of the Vigus Pro adds a certain charm for buyers who really want to go against the norm. 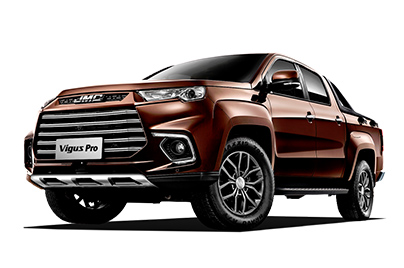