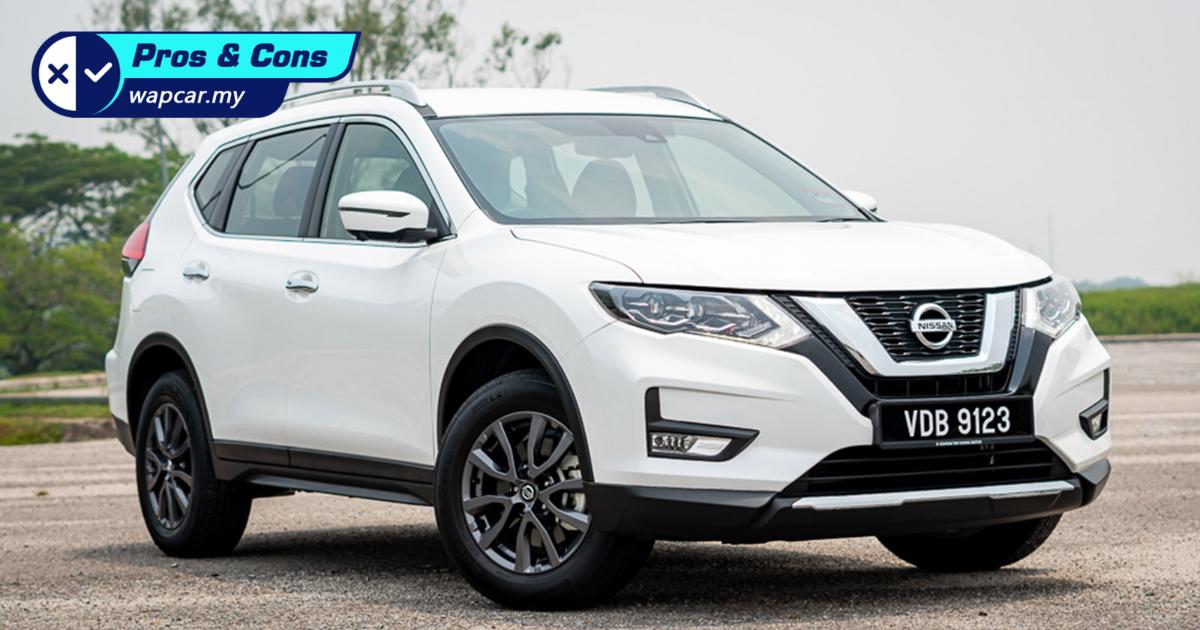 A few weeks ago, a former colleague of mine asked me to suggest a replacement for her car. She wanted a C-segment SUV so I suggested the usual suspects – the Proton X70, Honda CR-V, and Mazda CX-5.

Then she asked, "What about the Nissan X-Trail?". Indeed, I have completely overlooked Nissan's own challenger to the highly competitive segment but why and should it even be considered?

If you are considering the X-Trail or suddenly realized its existence, here are a few pros and cons of the SUV. 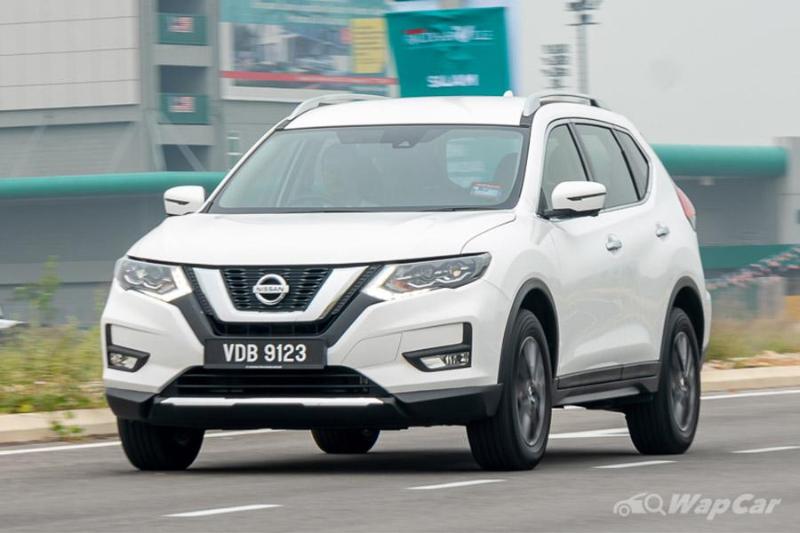 Whichever variant you go for, whether it's the hybrid or even the 2.5-litre, the X-Trail facelift is a much quieter SUV than the pre-facelift model. It was one of the major complaints from owners of the latter. 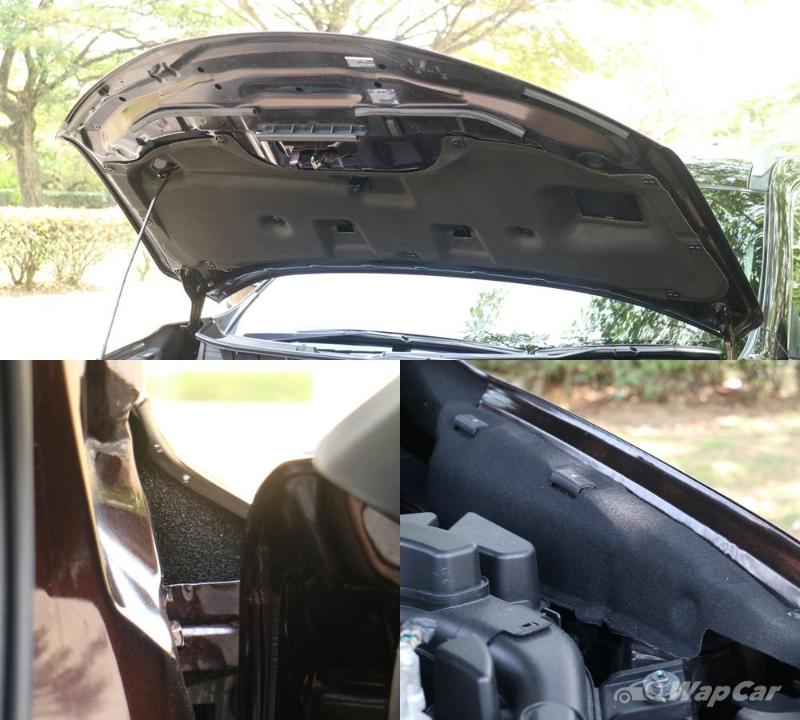 The X-Trail facelift has better sound insulation with soundproofing materials around the car including under the hood and in the front fenders. The result is one of the quietest SUVs in its segment. We recorded an average of 69 dB on highway speeds of 110 km/h. 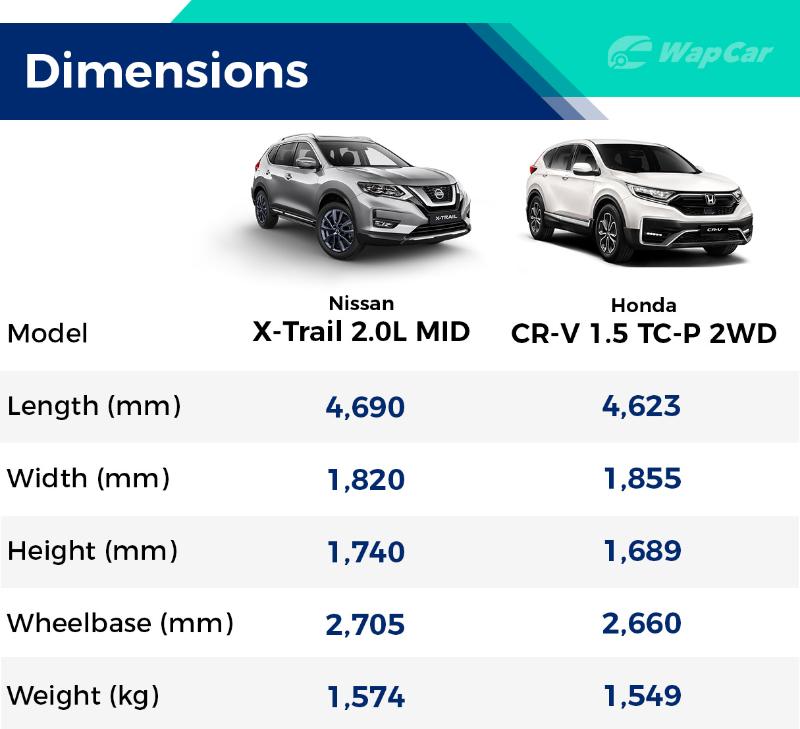 It is also huge, easily dwarfing the CR-V in terms of length and height. However, the CR-V is wider even if the X-Trail looks larger at first. The result is a spacious cabin with enough headroom for even tall Malaysians. 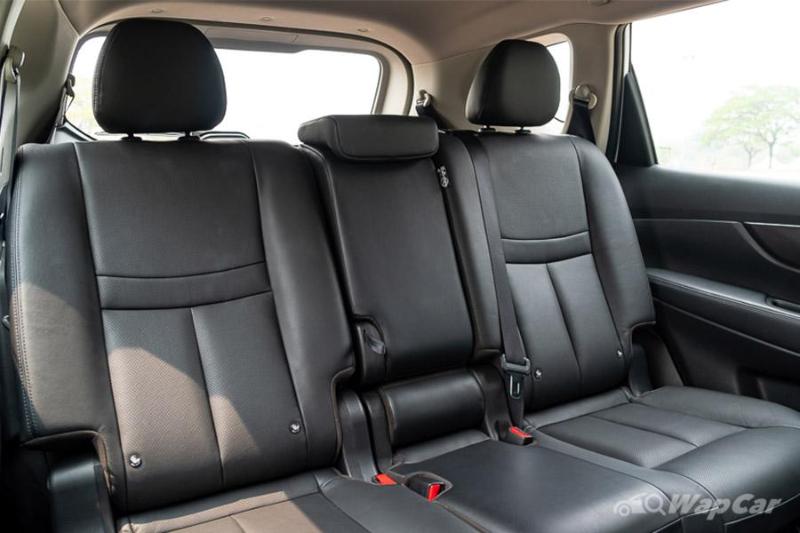 The ride is very comfortable and speaking of, the Zero Gravity seats are no joke. Sitting in them feels like you're floating on a cloud. Combined with the SUV's supple ride and you won't get many complaints from your passengers.

Apart from the loud cabin, another complaint with the pre-facelift X-Trail is the lack of features. When it was first launched in 2015, the X-Trail only came with 2 airbags, even for the top-of-the-range model that cost more than RM 150k! 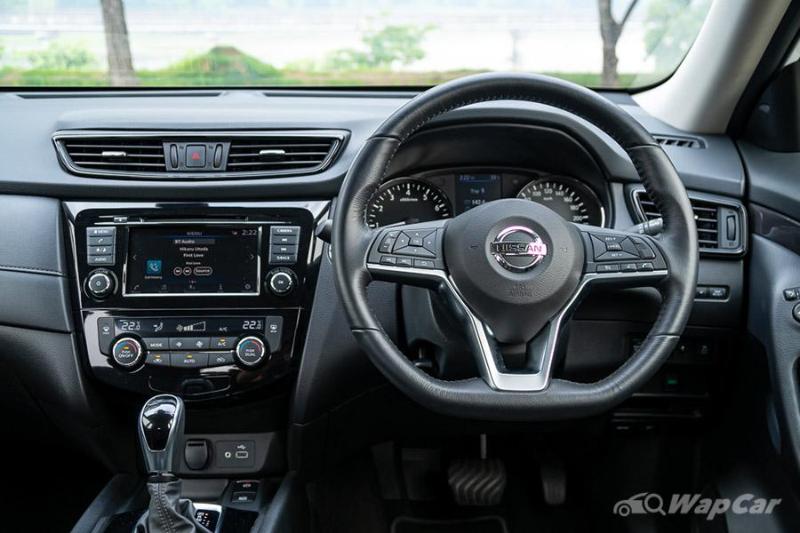 Clearly, Edaran Tan Chong Motors (ETCM) has paid attention to their customers and as a result, the facelift comes with a plethora of features. Apart from the entry-level 2.0L 2WD which comes with 4 airbags, the rest of the lineup now comes with 6 airbags. 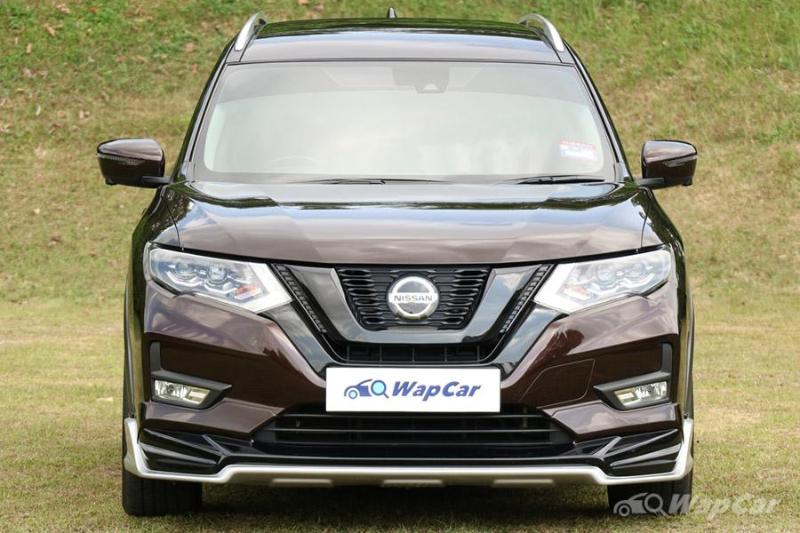 The 2.5L 4WD and 2.0L Hybrid are equipped with a full suite of ADAS including AEB, ACC, LDW, BSW, and RCTA. The mid-spec 2.0L 2WD MID on the other hand only comes with partial ADAS which removes AEB, ACC, and high beam assist. Still, not a big loss.

The convenient features aren't lacking either. The X-Trail comes with Apple CarPlay and Android Auto support, a 360-degree camera, chilled cup holders, rear air-conditioning, and a motion-activated powered tailgate. It's feature-packed, to say the least. 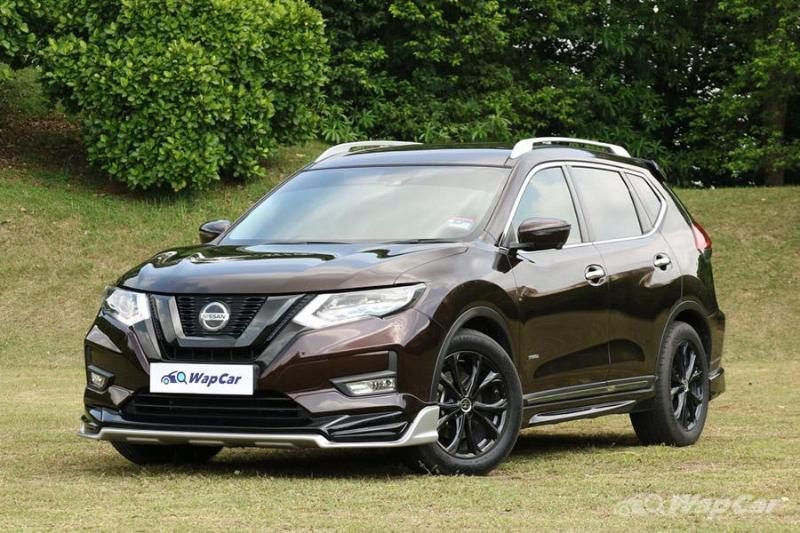 Some of you might be thinking, "Well there's a hybrid variant so obviously it's fuel-efficient", and yes, that is the case but that doesn't mean the 2.0-litre petrol variant isn't a fuel sipper too. 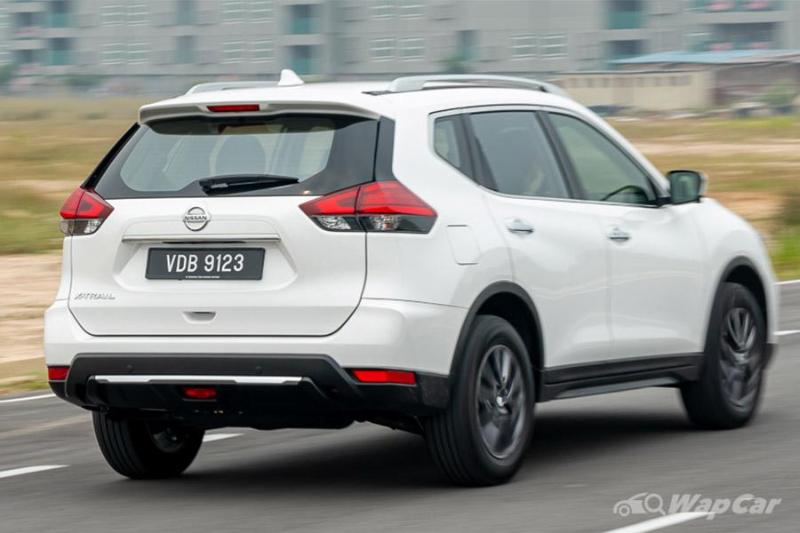 We've only reviewed the 2.0L MID and 2.0L Hybrid variants but we recorded above-average fuel consumption in both reviews. The 2.0L MID returned an average of 9.6-litre/100 km after covering 134.2 km of mixed driving conditions. 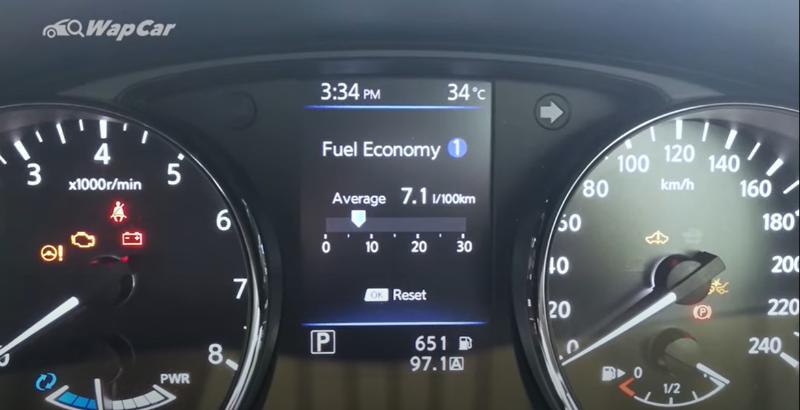 Meanwhile, the X-Trail Hybrid took in an average of 7.1-litre/100 km. These figures are impressive but surprisingly, the Hybrid isn't the most fuel-efficient among the SUVs we've tested. That honor goes to the Honda CR-V 1.5 TC-P which recorded an average of 7.0 litre/100 km. 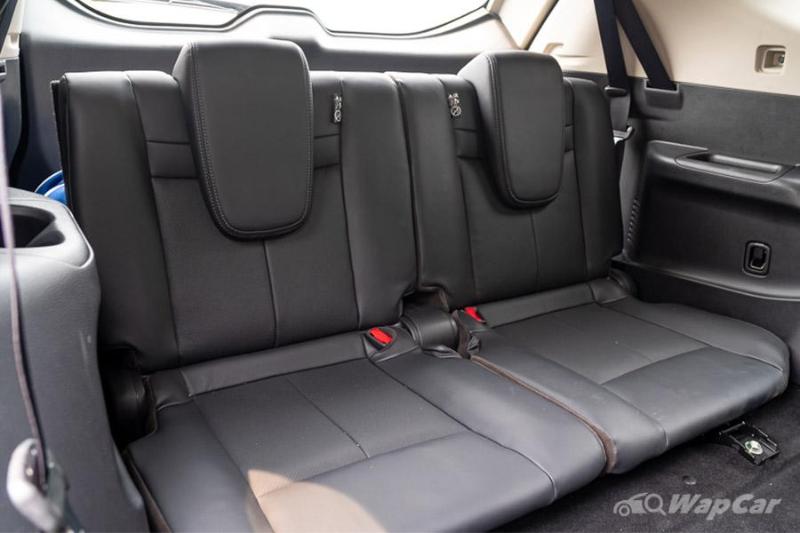 The X-Trail is a 7-seater (technically a 5+2-seater) SUV but the third row is clearly reserved for the kids or adults with short legs. While the second-row offers generous legroom, the same can't be said for the third row.

It is cramped and genuinely uncomfortable. You can barely squat in here and during long journeys with no cold air blowing to the third row, it will feel like a little sauna. 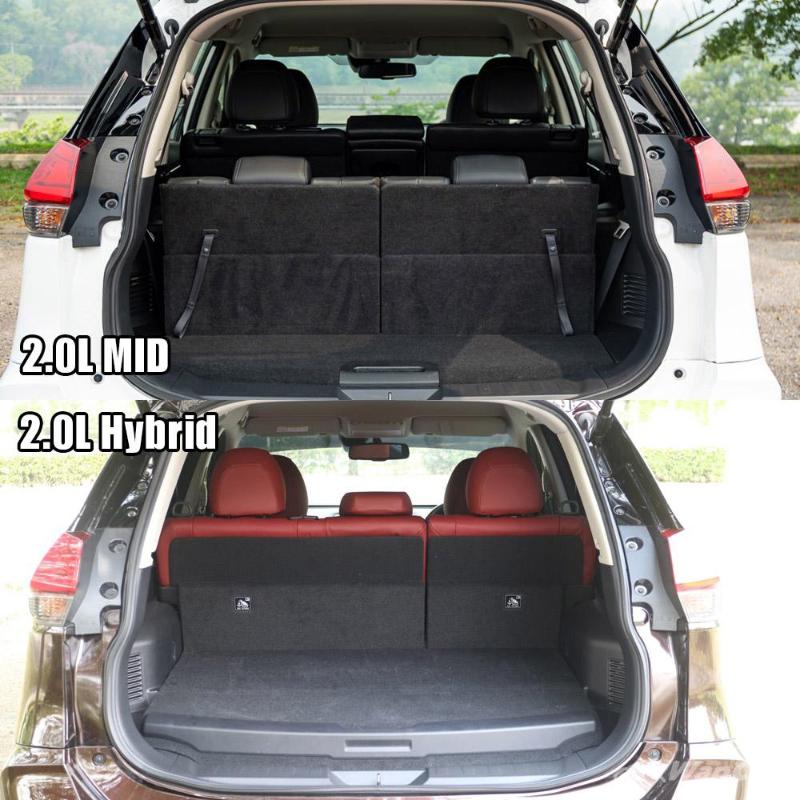 Opt for the Hybrid and the third-row seats are removed to allow space for the Lithium-Ion battery packs. The result is a generous boot space at around 550 L, larger than its main rivals.

2. Not a performance powerplant 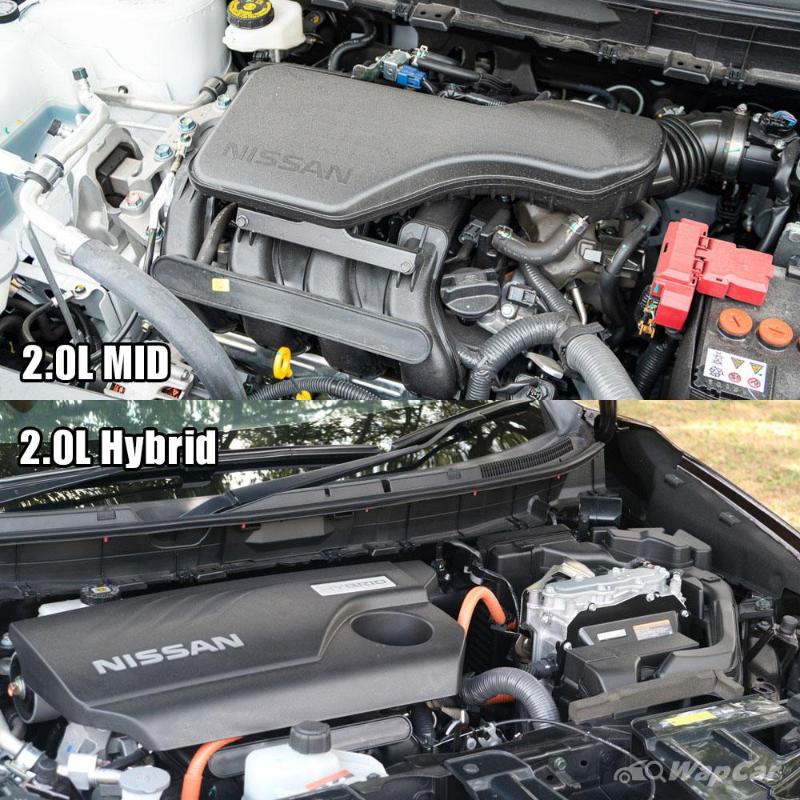 The X-Trail is clearly designed for comfort, not speed. During city driving, it shines in providing comfort and quietness. 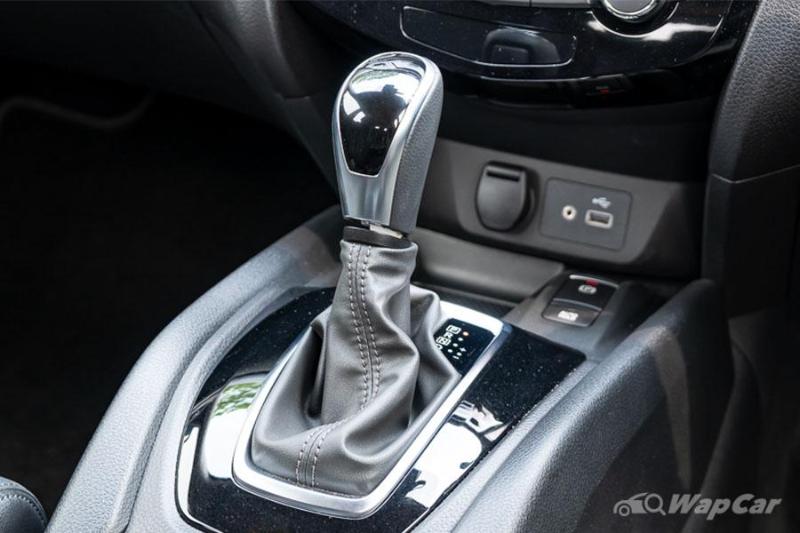 But swap it for the highway and you can see this is where the SUV struggles. Granted, the CVT automatic makes up for this lack of grunt with a direct and linear response. We recorded a 0-100 km/h time of 11.9 seconds for the 2.0L MID variant. 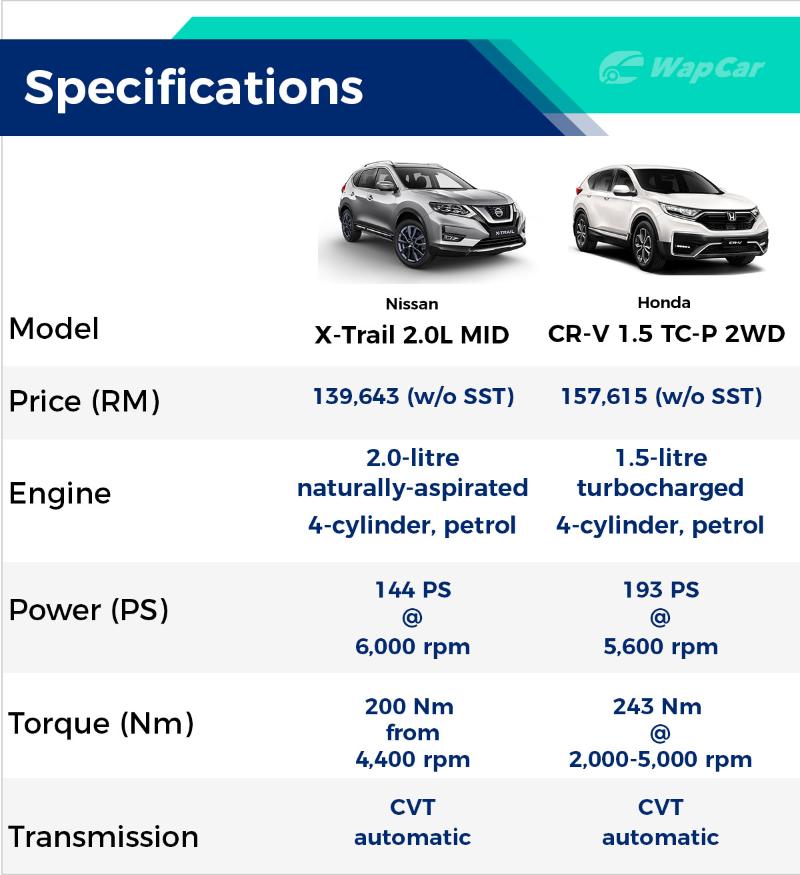 If you're looking for performance in an SUV, the turbocharged CR-V might be the one that's more suited for you. As the above table shows, the naturally-aspirated 2.0-litre in the Nissan X-Trail didn't pull as much grunt as the CR-V. 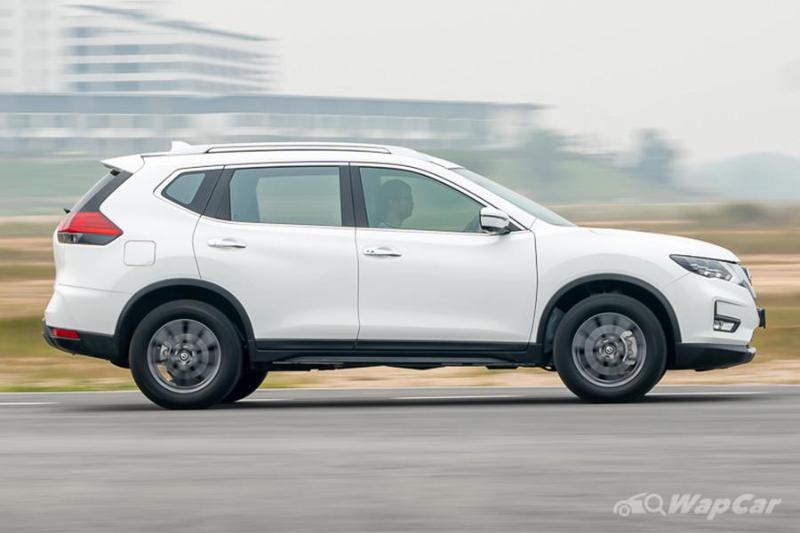 However, if you're still considering the X-Trail, the other solution might be to get the bigger 2.5-litre engine. Then again, it isn't what you might consider a performance SUV whichever engine you choose. 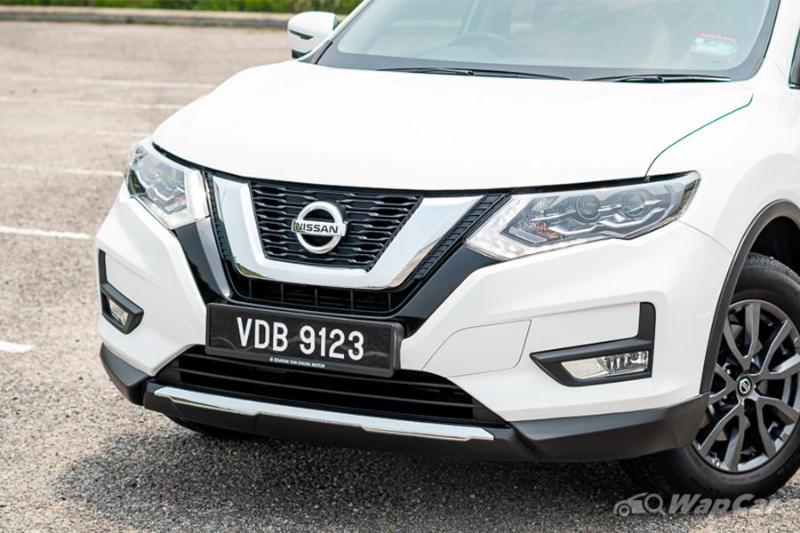 Okay, this might be a bit subjective but the facelifted X-Trail still looks a bit dated, both inside and out. Despite a sharper-looking front with restyled bumpers and a new V-motion grille, it still looks generic. 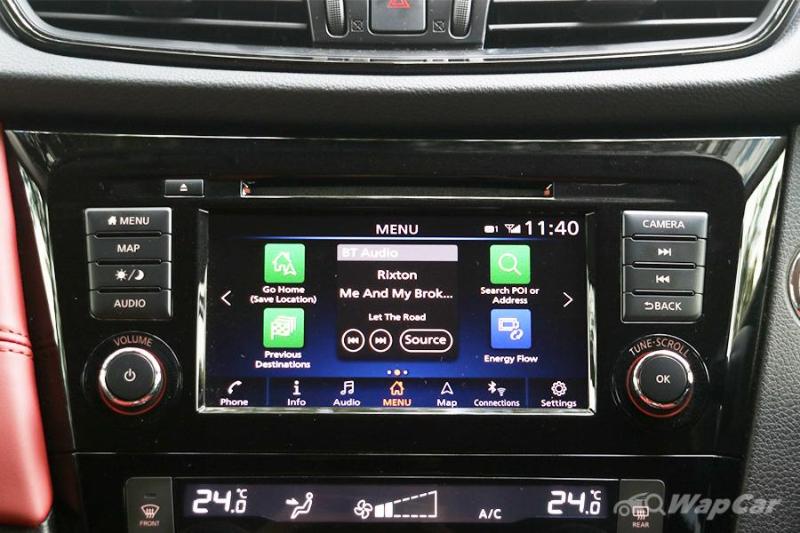 Inside, the X-Trail is designed to be ergonomic and simple to use. There's nothing wrong with that but it feels very old school. The 7.0-inch screen for instance looks small especially flanked between the chunky and large buttons. 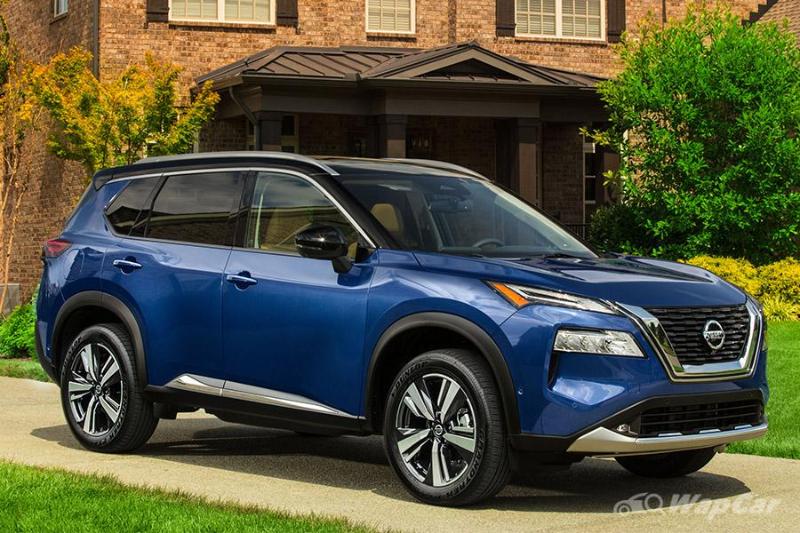 Remove the badges and you would think that it's one of those crossovers in GTA V (or inferiorly, Saints Row). You could slap it with any badge and it fits. This is where the all-new Nissan X-Trail which is also called the Rogue in America would shine.

But we'll have to wait for a few more years before the replacement comes here. 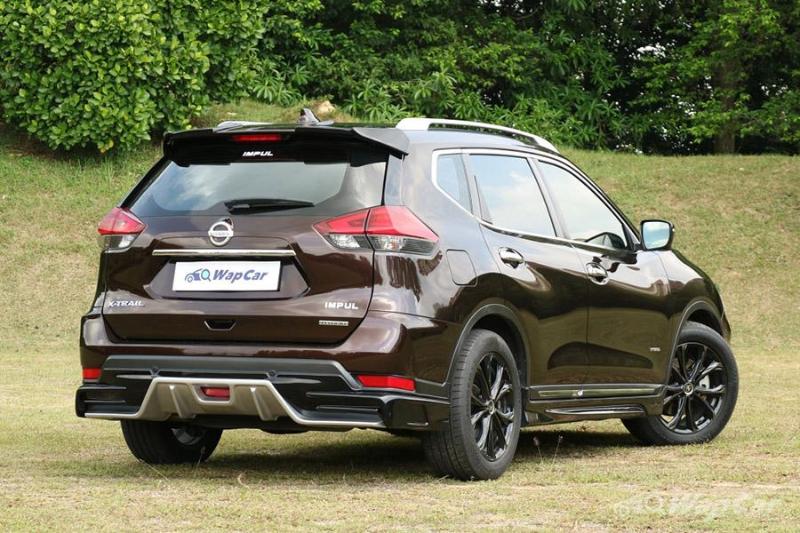 The X-Trail is definitely an underrated SUV. It is attractively priced and adequately equipped. The X-Trail Hybrid is the only hybrid SUV in its class in Malaysia, which makes it a good choice for those wanting a greener alternative. 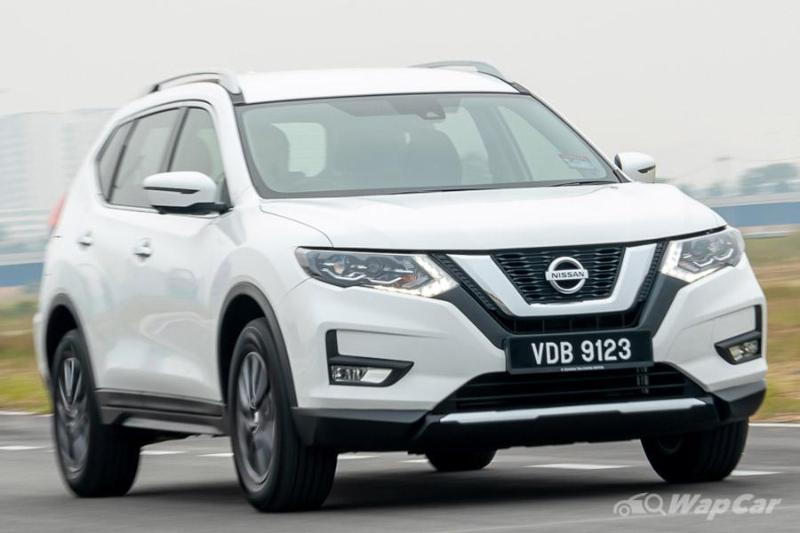 Overall, the Nissan X-Trail is worth considering if you're looking for an SUV that's comfortable for the whole family or if you choose the Hybrid, a fuel-efficient one. 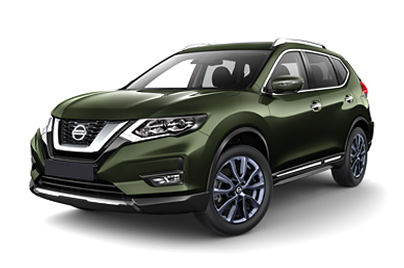