Home > News > Pros and Cons: Toyota Yaris – this over the Honda Jazz? 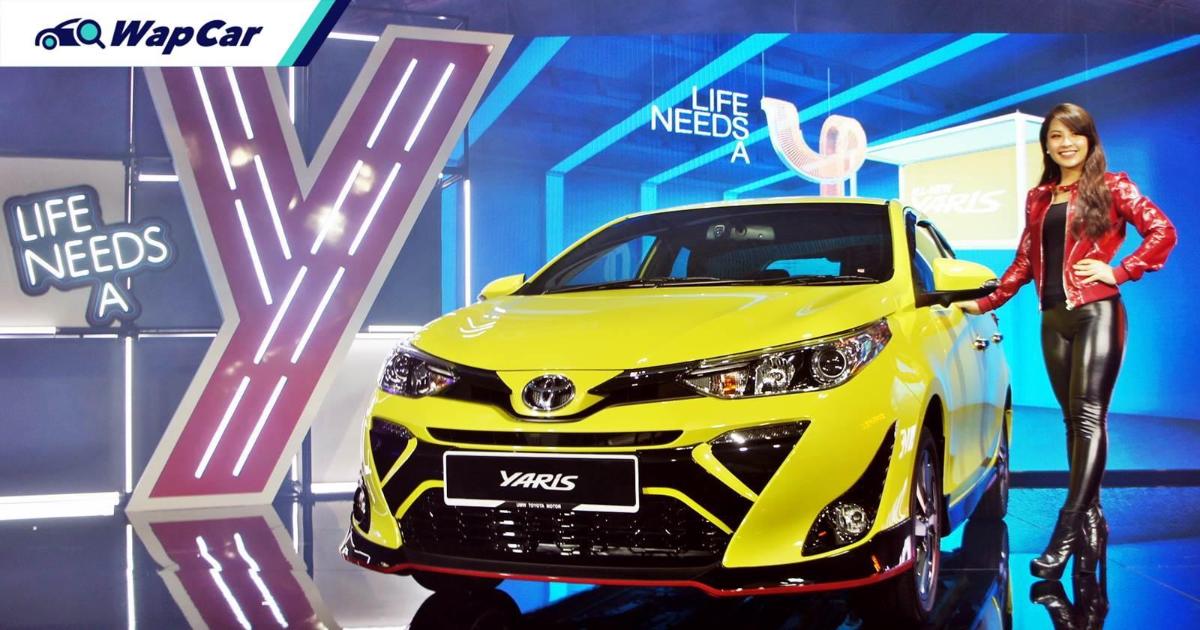 Fun fact: The Toyota Yaris shares the same engine as the Perodua Myvi 1.5L. In fact, both engines are made at the same Daihatsu Perodua Engine Manufacturing plant in Sendayan. 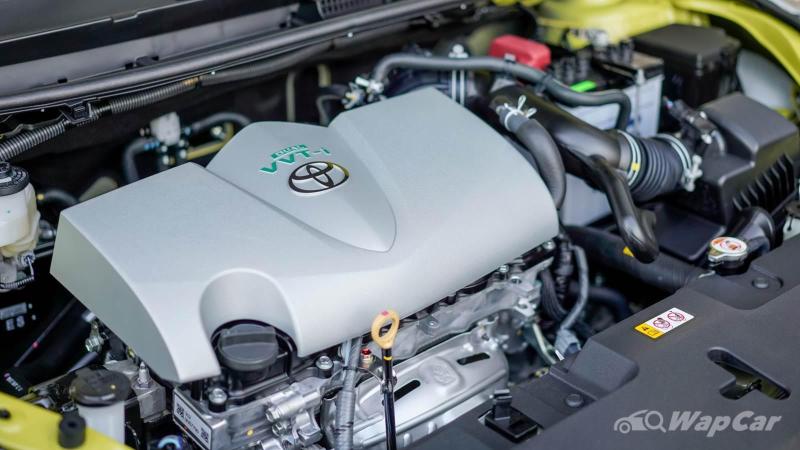 The engines have different engine codes – 2NR-FE for the Toyota Yaris and 2NR-VE for the Perodua Myvi – but they are essentially the same aluminum block engines with slightly different tuning. 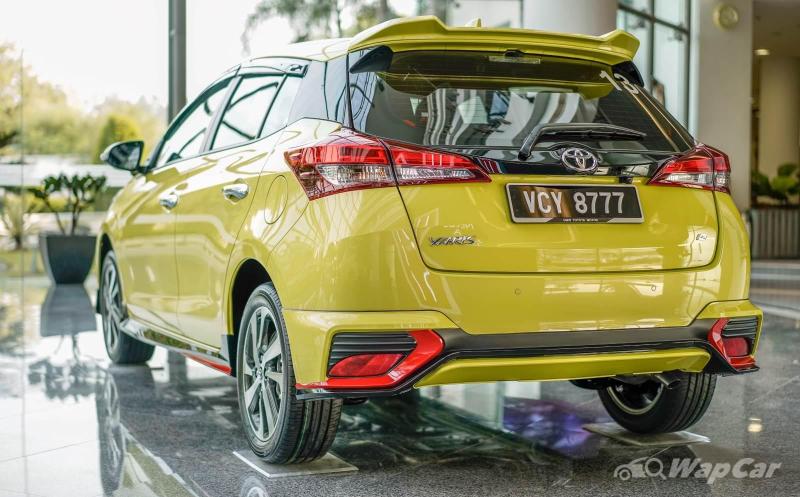 So why pay more for the Toyota Yaris then? Because the Yaris drives a lot better, and rides a lot more comfortable than the mediocre Myvi.

We’ve listed the pros and cons of the Perodua Myvi in our earlier post here. 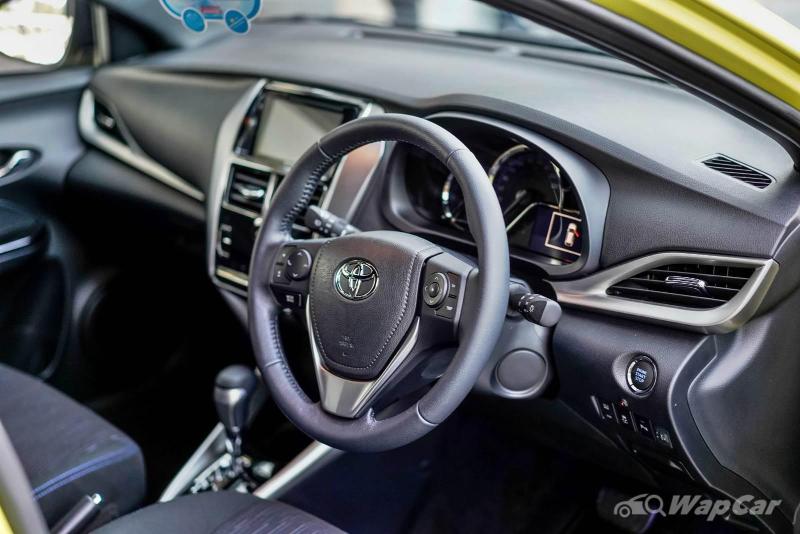 Nevermind about the Myvi, the Yaris drives and rides far better than the Honda Jazz, which is a closer rival to the Yaris. 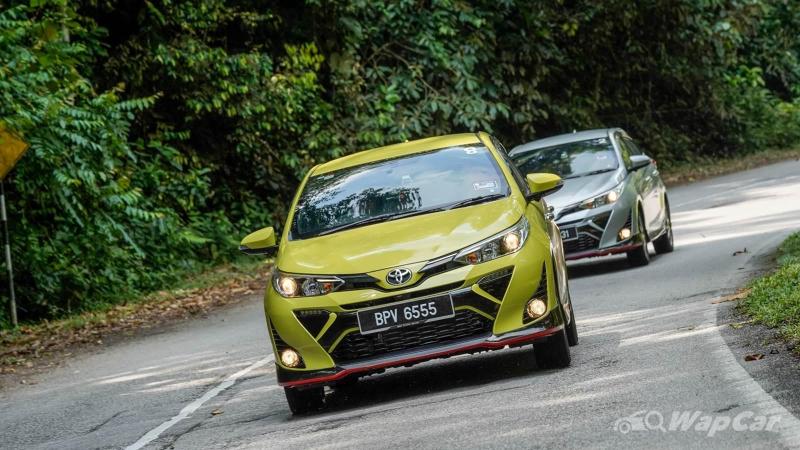 So here’s a very summary of what we like, and what we don’t like about the Toyota Yaris. A more detailed review can be found here, while a breakdown of our instrumented testing’s scores can be found here.

The Yaris might not have a lot of power, but it makes up for it by having much better weighted steering wheel.

Where the Jazz’s steering feels numb and vague, the Yaris has a very communicative, very organic feeling steering rack, which makes it a joy to drive. It’s rare for an electric power assistance steering rack to be this good, especially in this price-sensitive segment. 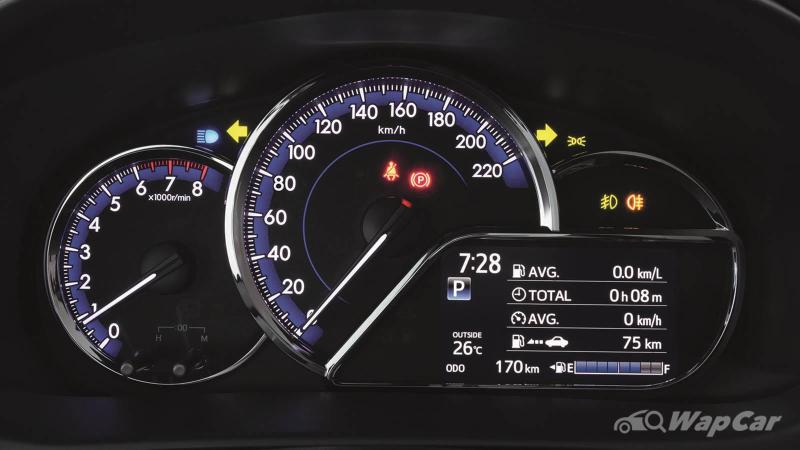 Our Malaysian market Yaris doesn’t ride on Toyota’s latest TNGA platform (European/Japanese market Yaris is a different, unrelated model) but it’s nippy and communicative enough to be more than a match for the aging Mazda 2. 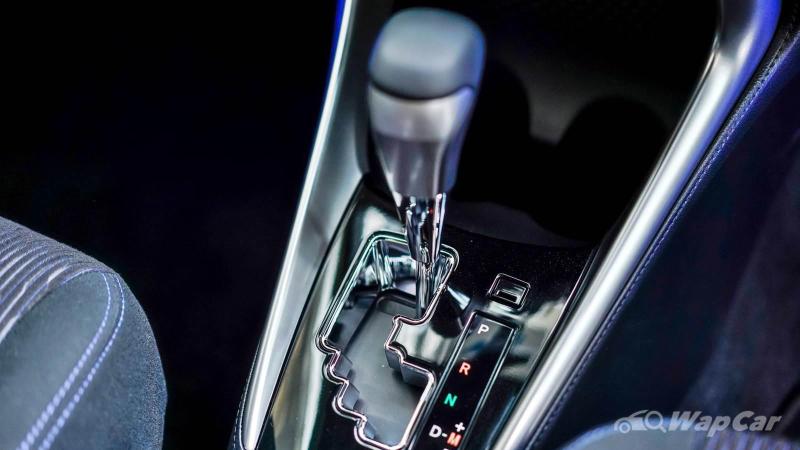 The Yaris’ CVT-type automatic transmission also drives a lot better than the one used in the Honda Jazz, but of course, the Mazda 2’s 6-speed automatic is still the best.

Where others will make you pay more for additional safety features, the Toyota Yaris comes standard with 7 airbags across all variants, as is electronic stability control.

The only safety features missing in the entry J variant are blind spot monitors with rear-cross traffic alert, and 360-degree parking camera, which is not really necessary on a car this small anyway. 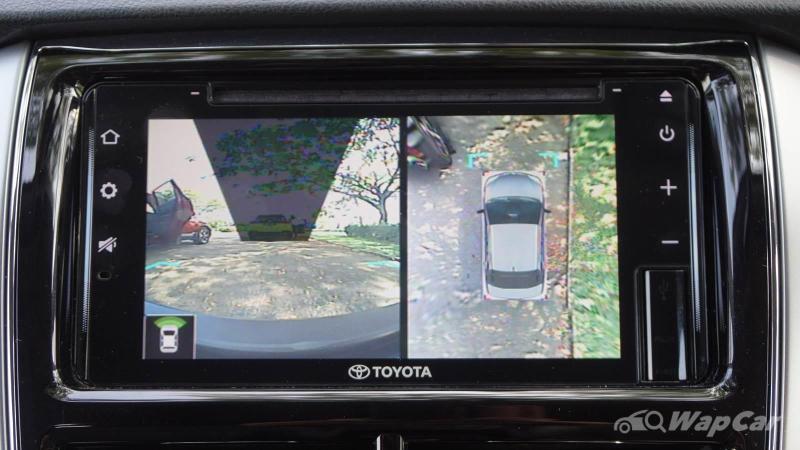 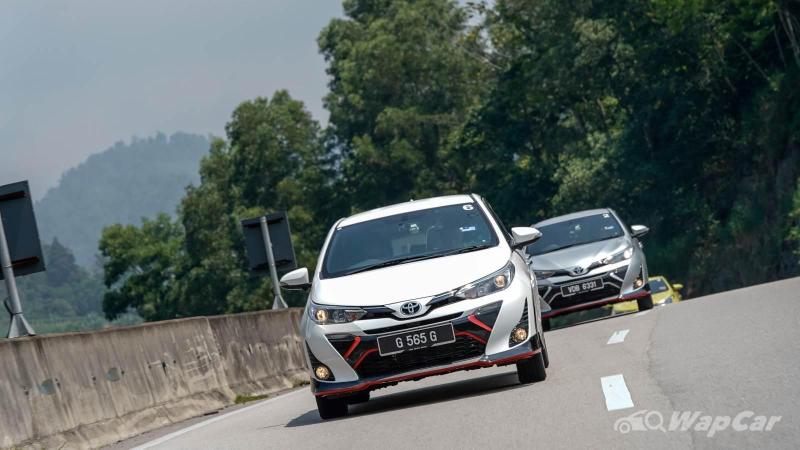 Most comfortable in its class

The Toyota Yaris has the quietest cabin among B-segment hatchbacks, and when coupled with its soft, supple suspension that still maintains a good level of body control, it makes for a very comfortable ride. 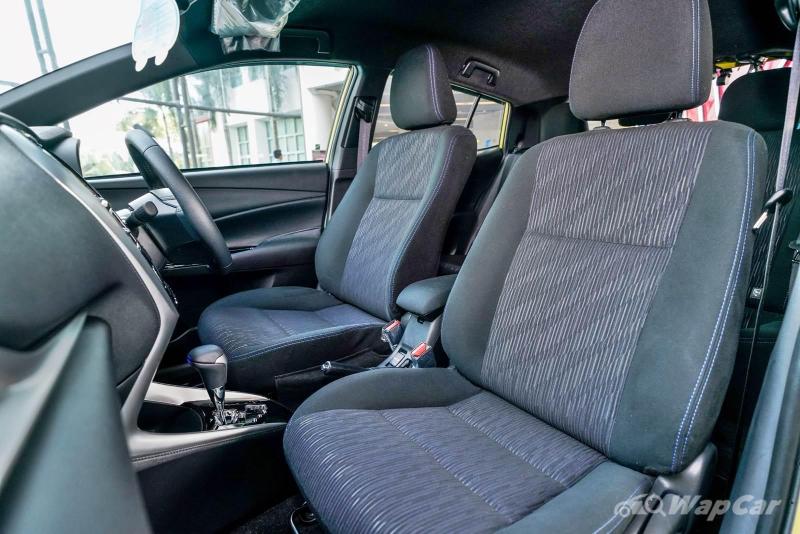 Where the taller Jazz has a stiff ride and poorer back and thigh support for its seats, the Yaris rides more like a higher range C-segment car.

What happened to interior space?

While it rides very comfortably, the Yaris’ biggest weakness is its lack of cabin space. There’s decent legroom in front and behind, but shoulder room is tight, so it’s best used as a four-seater. 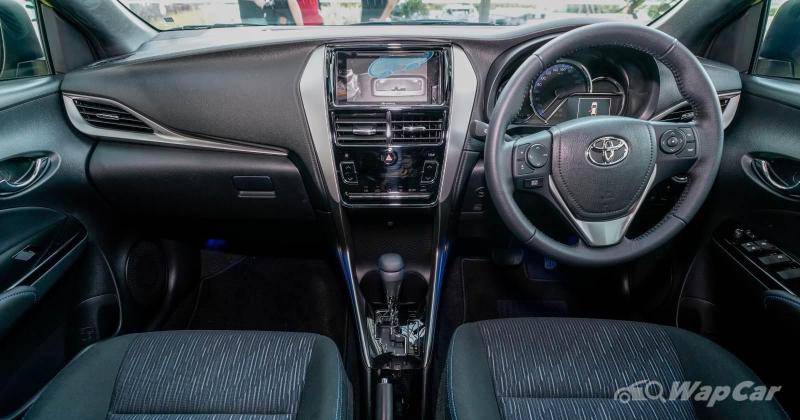 However the biggest problem with the Yaris’ cabin is not its lack of shoulder room, which is still within acceptable limits for this segment, but its lack of storage space.

You would expect a city car to have some reasonably sized utility space. The door pockets are tiny too. The boot is 286 litres big, a lot smaller than the Honda Jazz’s 363 litres. 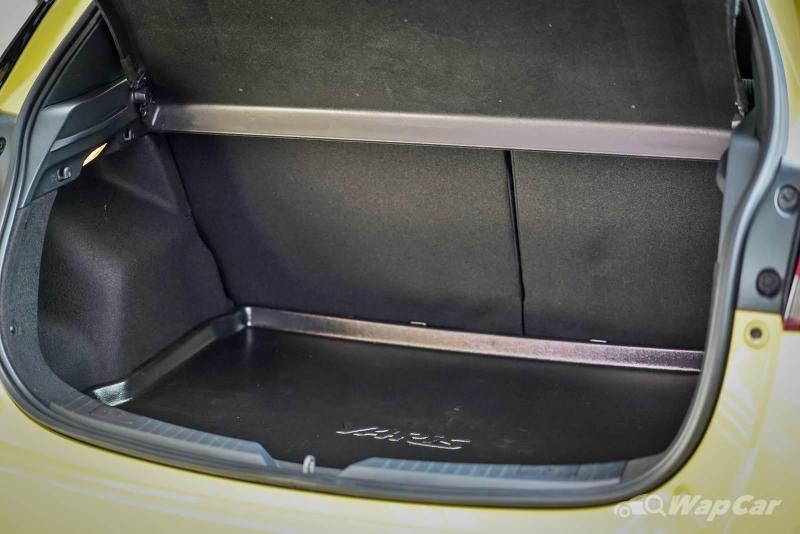 Yes, there are cup holders at the lower section of the centre stack, plus a centre console box, but it still can’t match the practicality of the Honda Jazz – which fits more than even a higher range C-segment class hatchback. 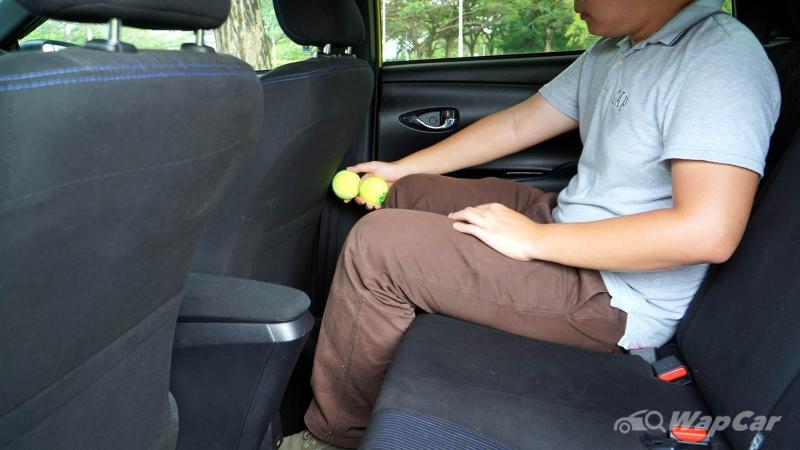 The steering rack, while nice to drive, lacks telescopic adjustment, so taller drivers will find it hard to settle on an ideal seating position. 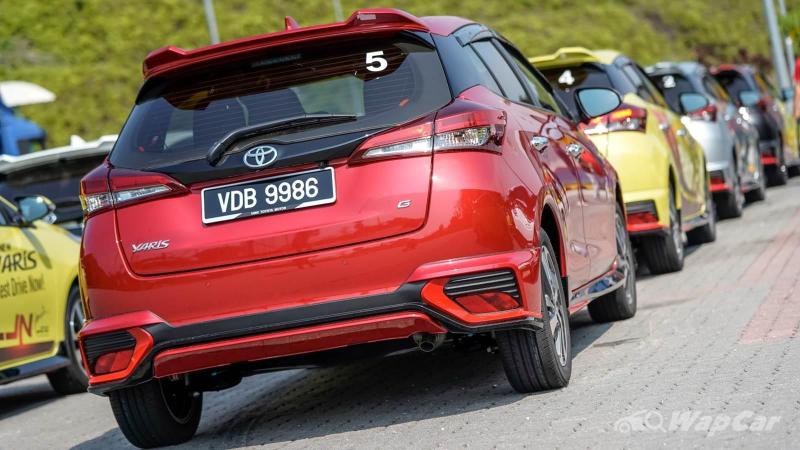 On a straight line sprint, the power deficit is very minor and for what it is, it’s not a big deal. 0-100 km/h sprint is done in 12.5 seconds versus the Honda Jazz 1.5V’s 11.8 seconds, both are our from own RaceLogic instrumented testing.

Of course, the Honda Jazz Hybrid will do even better. Its sister-car the City Hybrid was clocked at 10.6 seconds.

It is however very fuel efficient. Not as fuel efficient as a Honda Jazz (irrespective of whether it's a hybrid or not), but with real-world fuel consumption figures of 7.0-litre/100 km for a mix of urban and highway driving conditions is very decent (Honda Jazz 1.5V recorded 6.7-litre/100 km in the same route).

This is a bit nitpicking, because neither is the Honda Jazz’s infotainment any better but if we have to pick one more downside to the Yaris, it has to be its infotainment’s head unit. 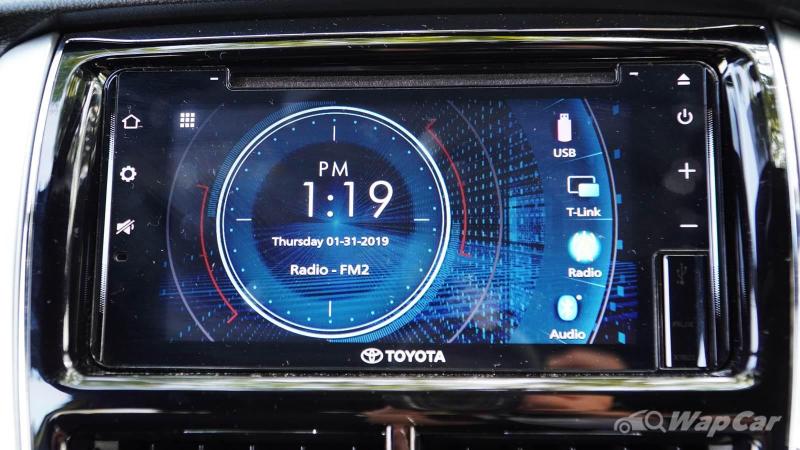 The graphics are tacky and it doesn’t support Android Auto/Apple CarPlay. There’s a T-Link MirrorLink function but like all mirroring-type solution in the real world, the user experience is quite rubbish because you have to keep your phone’s screen on and oriented in landscape mode.

Also, you can turn on the radio if your connected using T-Link. 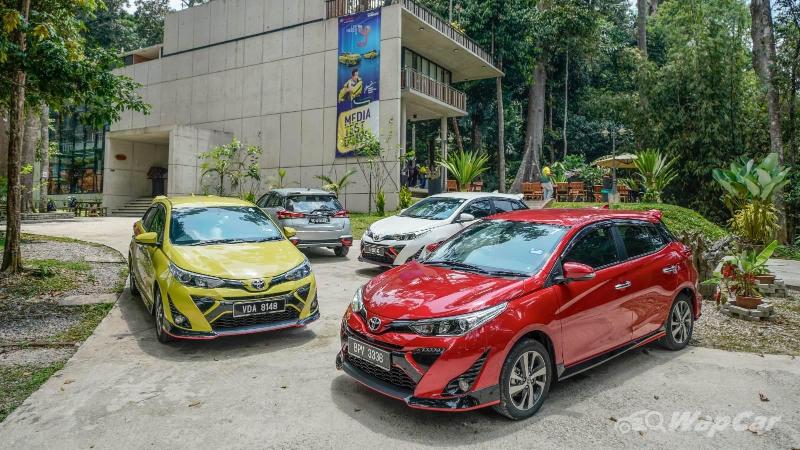 Overall, the Toyota Yaris is a highly recommended buy. There’s no need to elaborate further regarding the drama-free ownership experience with Toyota, which after-sales network is still second to none in the country.

Usually, buying a Toyota means that you are trading driving pleasure and value for money for long-term reliability. But with the Yaris, it’s actually a better value for money purchase over the Mazda 2 and Honda Jazz, and it drives and rides better than any of its rivals too.