Home > News > Proton is turning 35 this year, and it’s time to correct some myths

Proton is turning 35 this year, and it’s time to correct some myths 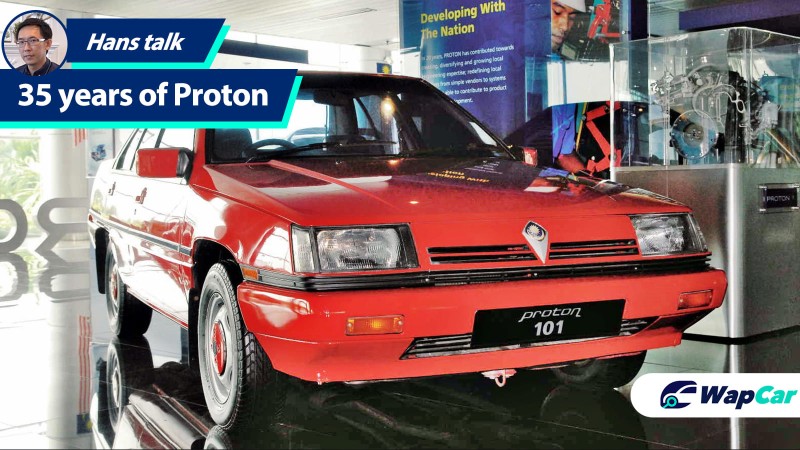 The first Proton Saga rolled off the company’s Shah Alam plant on 9-July 1985, driven out by the then Prime Minister of Malaysia Dr. Mahathir Mohamad.

Painted in blue and bearing registration number Proton 1, the car was presented to the late Sultan Iskandar, who was then the Yang di-Pertuan Agong, whose family still keeps the car until today, still in its original paint and steel wheels. 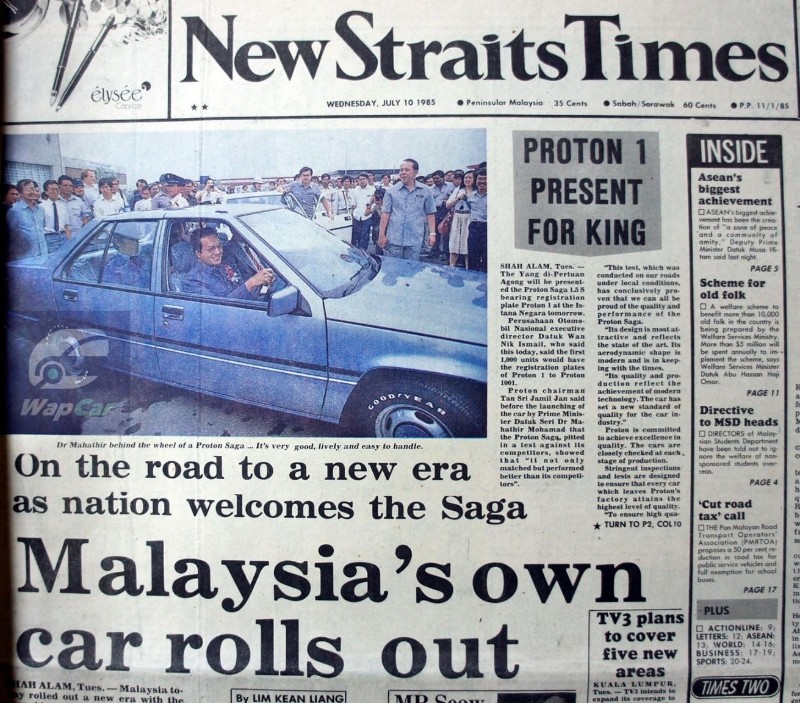 The Proton Saga was priced about 25 percent lower than the Nissan Sunny 130Y (RM 23,247) and Toyota Corolla 1.3 LE (RM 22,834) – then its two closest rivals. It managed to undercut all its competitors thanks to a revision in car taxes, which Proton enjoyed generous discounts. 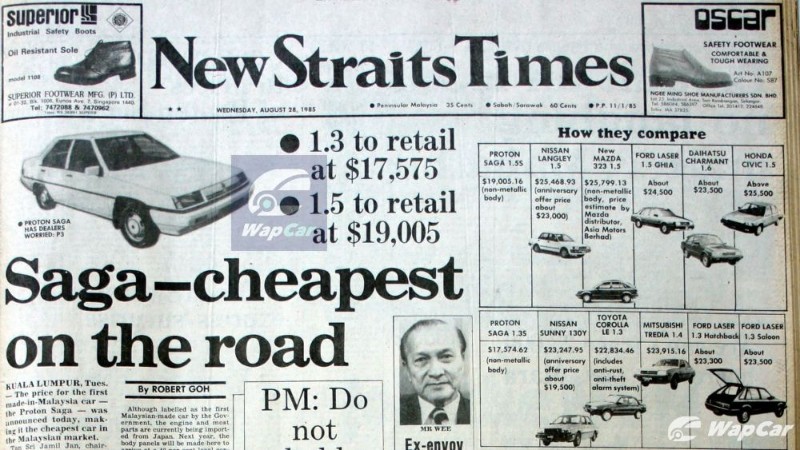 However, Proton was given a 100 percent exemption from paying import duties on CKD packs imported from Japan (Mitsubishi Motors) and enjoyed a 50 percent discount on excise duty.

What is often less mentioned however, is that this wasn’t part of the original plan Dr. Mahathir had for Proton.

The mid ‘80s was a rocky period for financial markets. The country had its first recession in 1985, which was also the year the Plaza Accord was signed, which lead to the rapid appreciation of the Japanese Yen. As result, prices of Japanese cars, which were (and still is) the majority of cars on this part of the world, also rose. 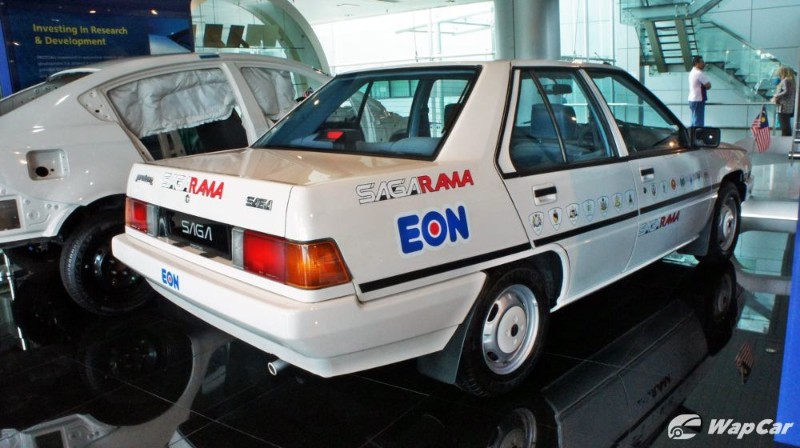 As prices rose, the Proton Saga project was losing money and risked overshooting its target price, which would defeat the purpose of having a cheap national car. 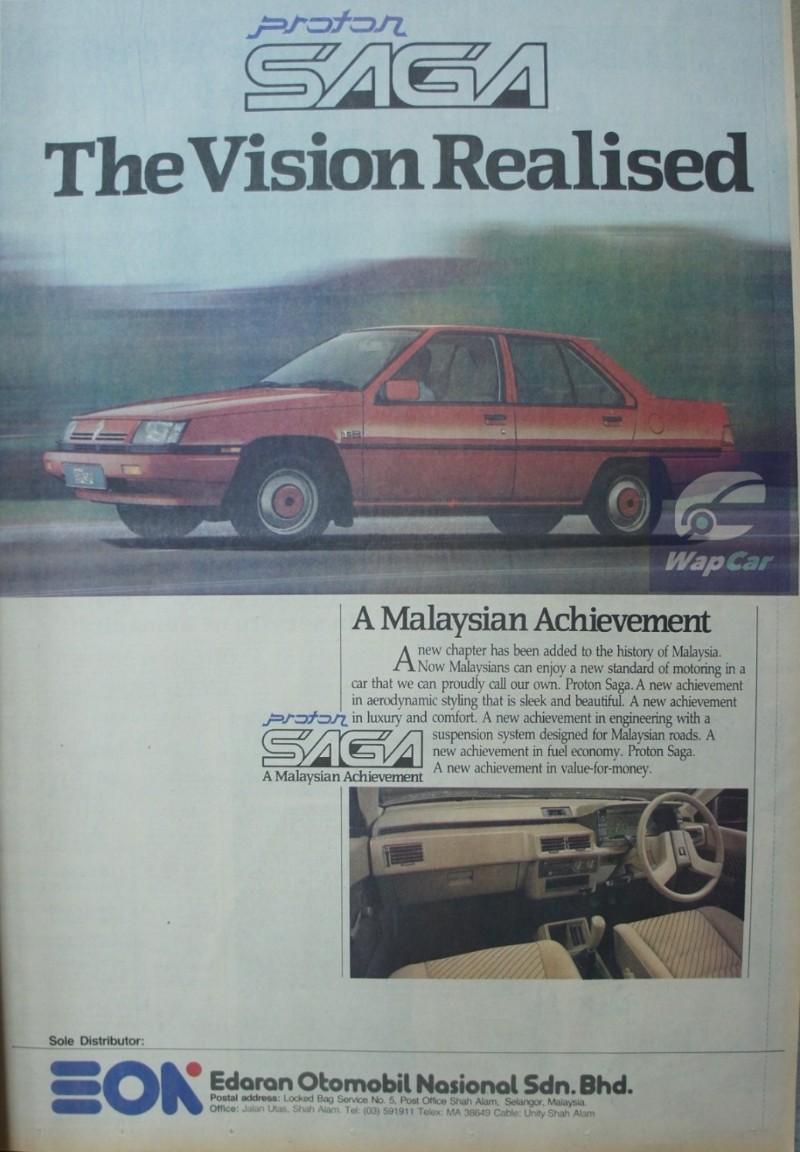 Car prices increased further in the ‘90s as the value of the Ringgit vs US Dollars/Japanese Yen trended in opposite directions. 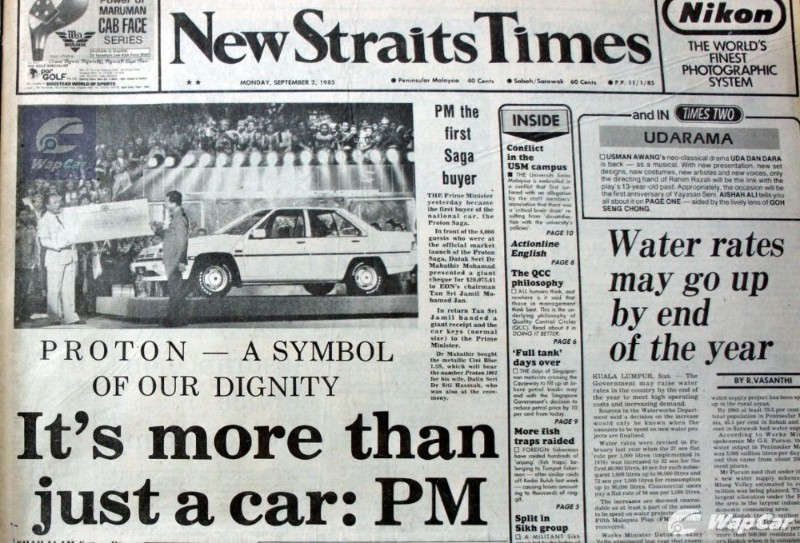 Excise tax for cars also ballooned in 2004 – a knee-jerk reaction to the ASEAN Free Trade Agreement, which would have flooded our market with cheap, import-duty exempted Thailand/Indonesia-made cars. 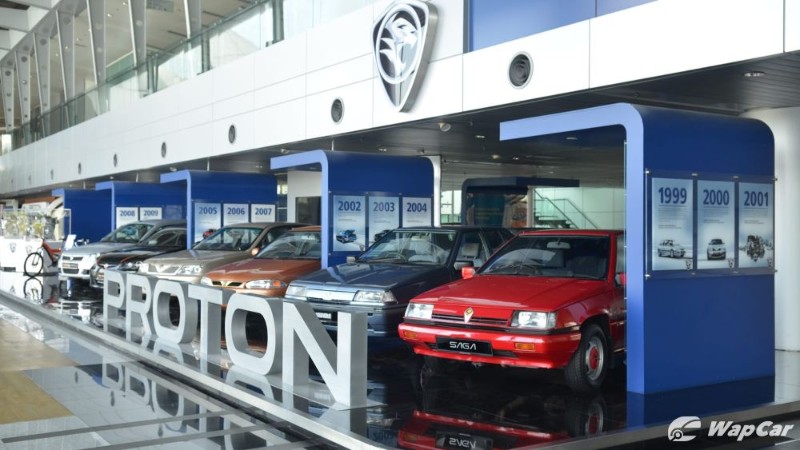 At the same time, MITI’s Industrial Linkage Program (ILP) – which offers discounts on excise tax based on the value of local content/development work – means that Proton and Perodua pay little to no excise tax, thus widening the price gap against cars wearing foreign badges.

To our government, the increase in excise tax was necessary to maintain the status quo after the abolishment of import duties on ASEAN-sourced cars.

The objective of raising excise tax was less about protecting Proton (or Perodua), although it was certainly a factor, but the bigger objective was to maintain tax collection to be at the same level. Between money and nationalism, money always takes precedence.

Recall that in the post-Mahathir era, successive governments had been rather ambivalent about Proton.

Talks of selling Proton had already begun in the early 2000s, during the Badawi-era, first in 2004 with Volkswagen, later in 2006 with the PSA Group – both of which riled up the then-retired Dr. Mahathir, who lashed out at his successors’ intention to sell the national car company. 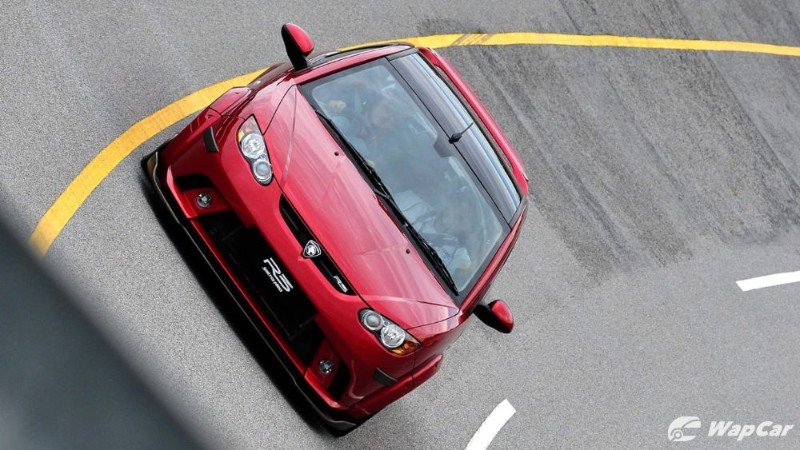 But I am going to throw you a curve ball, and do hear me out – Proton didn’t quite achieve its objective as a national car company not because the government was too protective of it, but because it didn’t do enough to protect it.

By protecting, I am not referring to molly cuddling, but the tough Asian parenting methods that we are familiar with (unless you’re one of those snowflake kids).

Let’s be realistic, all countries project their own critical industries one way or another. Try asking the USA, the leader of the free world and champion of free trade, to open up its market for Thailand-made pick-up trucks.

All foreign pick-up trucks imported into USA are taxed 25 percent. USA also refuses to adopt international metric standards, why? Because it’s a convenient, indirect way of making European imports more expensive as homologation papers will have to be redone according to US standards.

The US Department of Transport also refuses to recognize international UNECE standards. Airbags on cars sold in America for example, needs to work even on unbelted occupants. The word ‘Supplemental’ in Supplemental Restraint Systems (SRS) means nothing to the Americans. Headlights, emission standards etc, also need significant modifications to comply to USA’s FMVSS regulations.

The German state of Lower Saxony and the French government still own parts of the Volkswagen Group and Renault respectively, and often poke their nose into the affairs of these companies. European companies also gain huge tax benefits, grants and are able to buy land to build factories at below market prices – all are indirect forms of state subsidies. 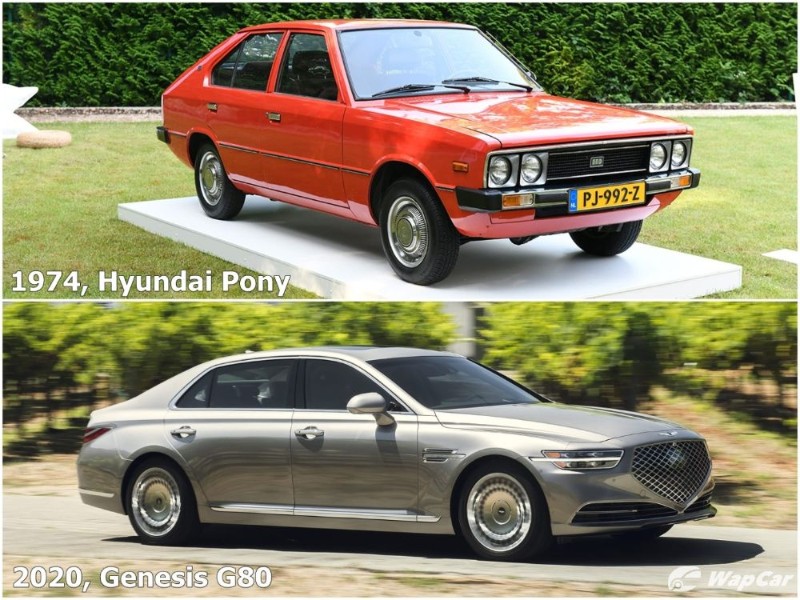 Korea’s Hyundai Motor Group could only grow to be among the world’s top-5 because of the Korean government’s nearly 30-year long protection for domestic manufacturers against foreign competition.

So excessive was Korea’s protectionism that there were laws limiting TV commercial air time and size of showroom of a foreign car brand. Korea’s protectionist practices were only relaxed in recent years, because Hyundai is now capable of building high-end Genesis models that are superior to Germany’s Audi, and doesn’t need to be sheltered.

Hyundai’s founder Chung Ju-Yung ventured into the automotive industry using funds made available to him by the then President of South Korea Park Chung-hee, who also curtailed sales of imported cars.

President Park was a former army general and he ruled with an iron fist. He was not someone whom you took money from, enjoyed protection from competition, and then said sorry you needed more time to deliver the results.

Every month, Korean manufacturers had to report to President Park on the progress of their exports, which was at the top of Korea’s agenda, then one of the poorest countries in the world and relied on financial aid from the US. 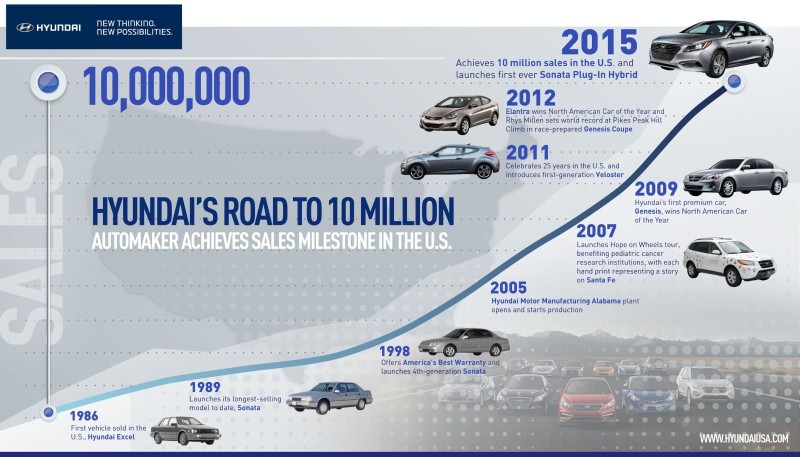 If President Park felt that one of his guys was no longer worthy of protection, he would cut him off. This tremendous pressure was part of the reason why Hyundai had to push so hard to export to the USA, even when the cars were not ready. Needless to say, the first attempt was as expected, a massive failure, but taking a longer time to build a better car was not an option either.

To give you an impression what kind of man President Park was, in 1979 he survived an assassination attempt while giving a speech. When the bullet missed him but hit his wife, he continued his speech as his injured wife was stretched away. When he ended his speech, he picked up his wife’s shoes and handbag and walked off. His message to his opponents – my job is not done, bullets don’t scare me.

You don’t go back to such a President and tell him that the cars built with Korean government funding are not good enough for exports.

We on the other hand, squandered away the headstart Proton had by giving out Proton dealerships and parts supply contracts as reward for political patronage. The good thing is that such practices are no more. 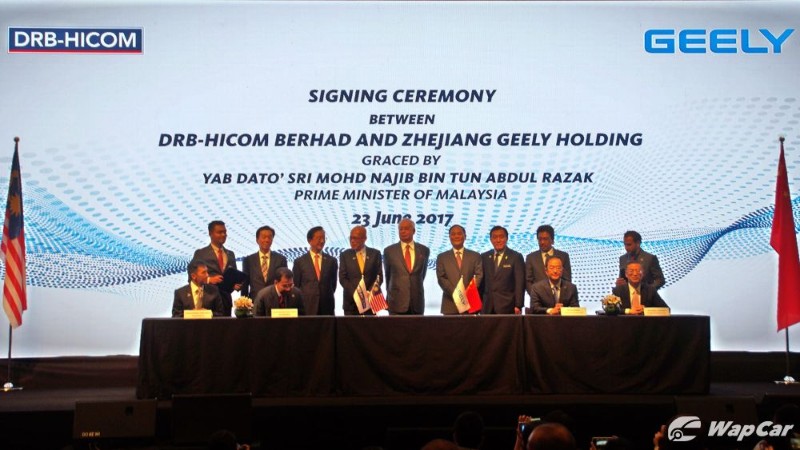 Like many things in life, there is not just one right way of doing things. Thailand’s liberal policies is only one example. There are many more examples where developing countries made good use of protectionist measures to build their domestic industries, China is another example. What mattered most was not the philosophy behind it, but how good was the execution, and that’s where we failed. 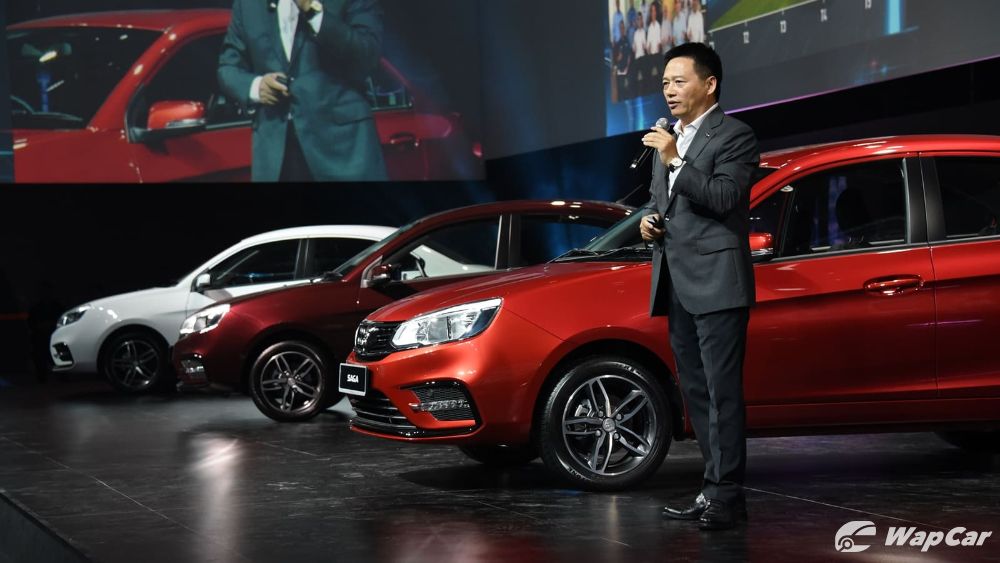 Anyway, there’s no point discussing about what-ifs. We can’t go back to the past so we can only cheer for Proton to be whipped back onto the right track and achieve what it was supposed to achieve decades ago, even if it meant sharing the credit with a new mainland Chinese partner/financier Geely.

So here’s to the next 35 years of Proton under Geely. Since Geely also owns Terrafugia, perhaps Malaysia’s first flying car will come from Proton, not from some empty promises by a clueless politician who can’t tell the difference between a vehicle take-off and landing (VTOL) air taxi and a flying car.