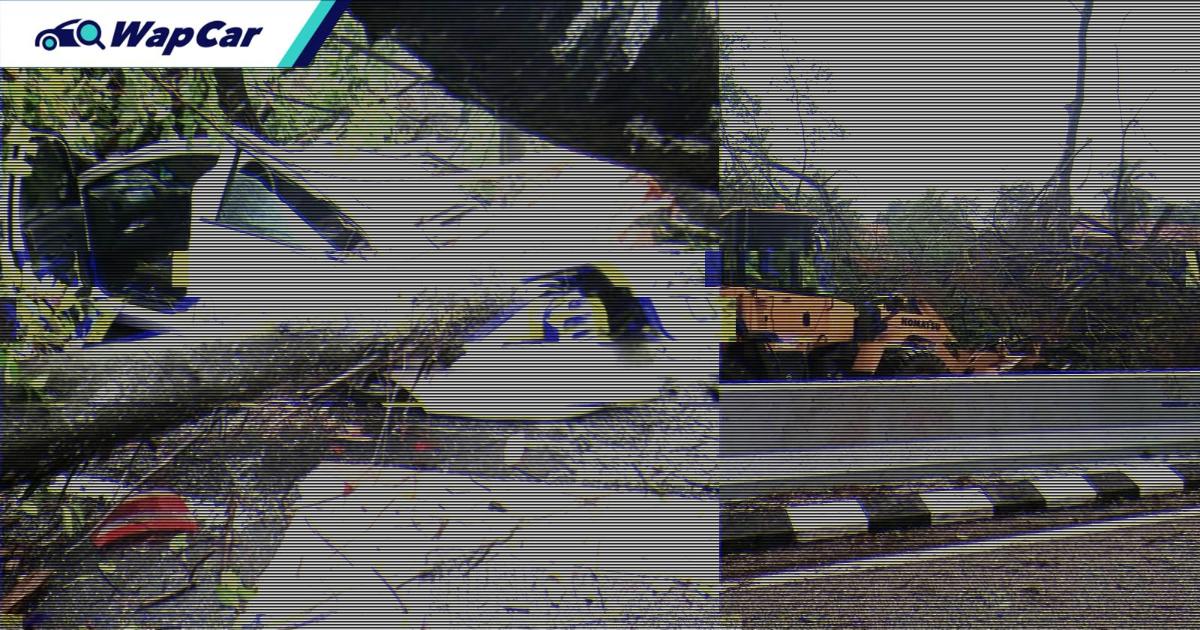 Earlier this evening, a tree believed to be over half a century old near the National Museum fell across Jalan Travers blocking all 3 lanes heading towards the city centre. Unfortunately, a Proton Saga and a motorcycle were trapped under the tree as well. 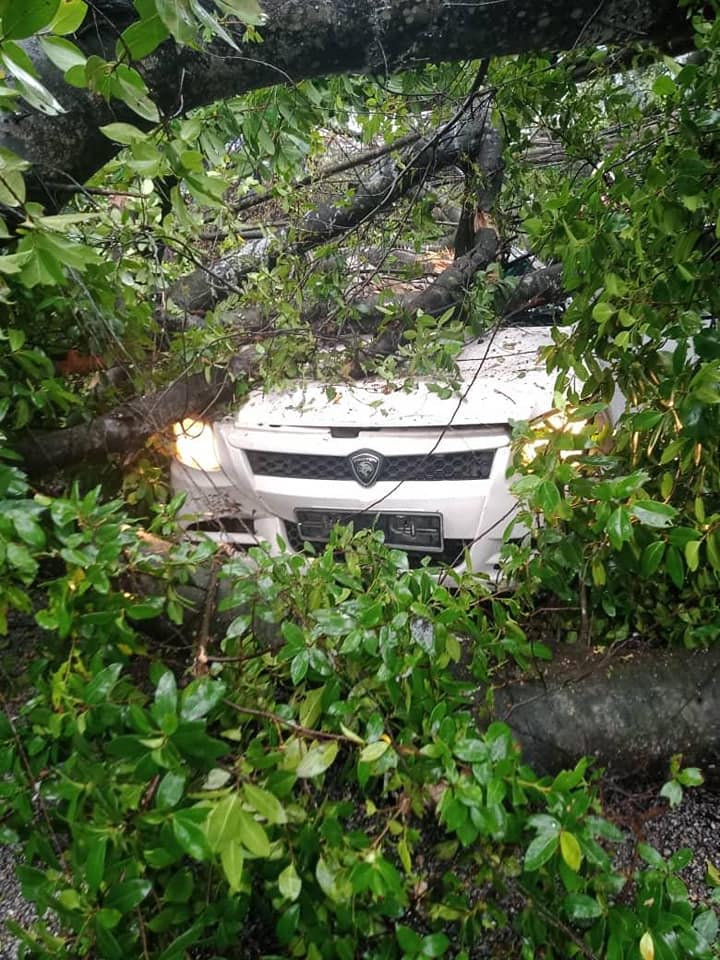 Although the Saga was badly crushed under the debris, Brickfields district police chief ACP Anuar Omar assured the media that both passengers escaped unhurt. 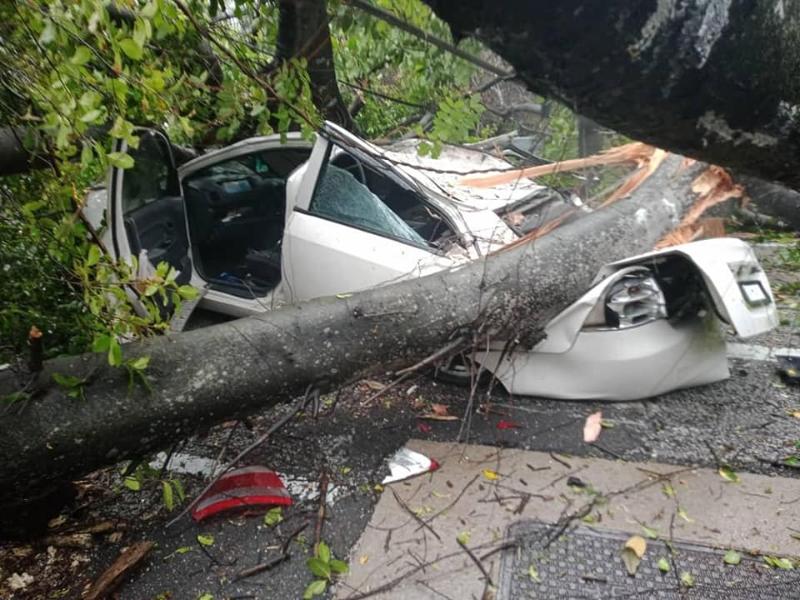 The motorcyclist, however, sustained minor injuries and was rushed to the hospital for treatment. 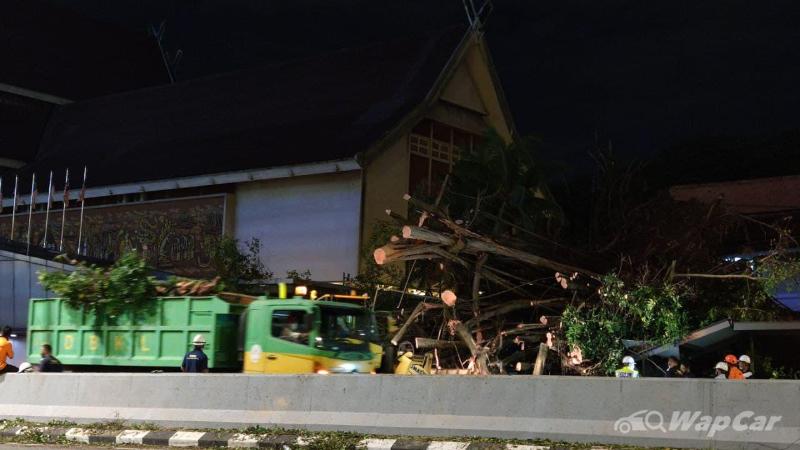 Work to remove the debris is expected to take roughly 4 hours. Officers from the City Hall are also on-site to assist with clearing the fallen tree. 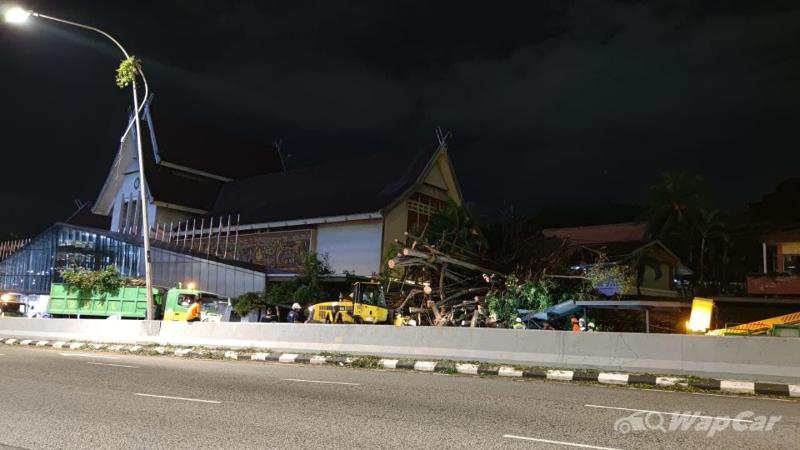