Proton X50 vs Perodua D55L; How do they compare in size? 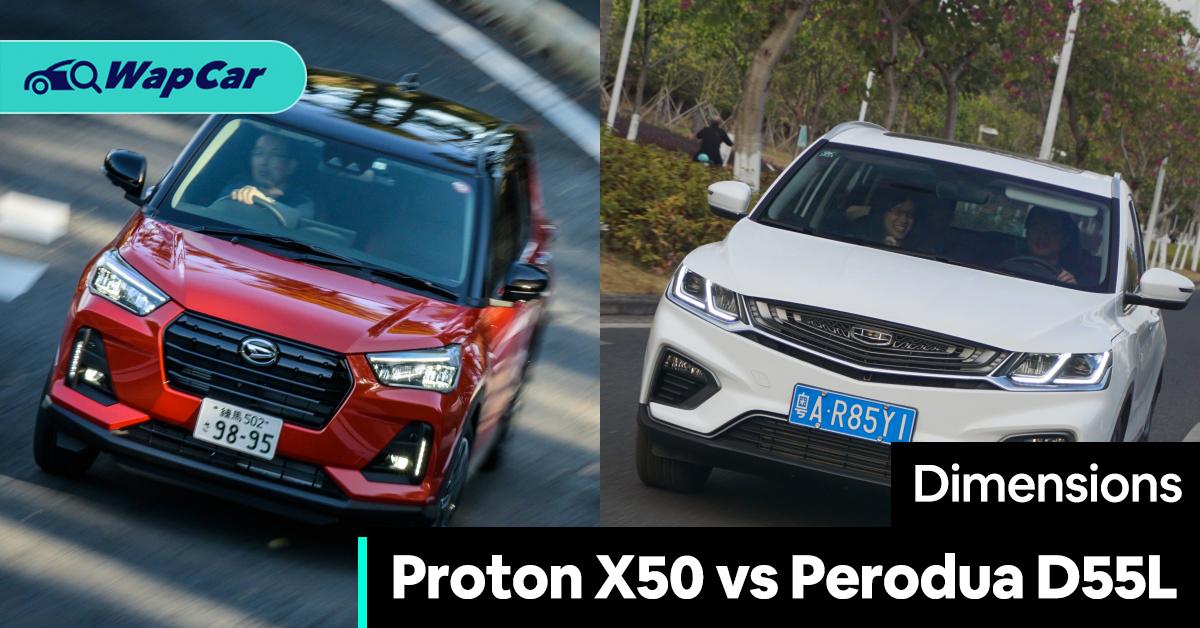 The Proton X50 and Perodua D55L are probably 2020’s most talked-about cars in Malaysia. Though both SUVs have yet made their debut, the comparisons between the 2 cars have started since sightings of the Daihatsu Rocky/ Toyota Raize (Perodua D55L in Japan) started surfacing during the 2019 Tokyo Motor Show. But how do the 2 SUVs compare in size? Here’s a quick size comparison. 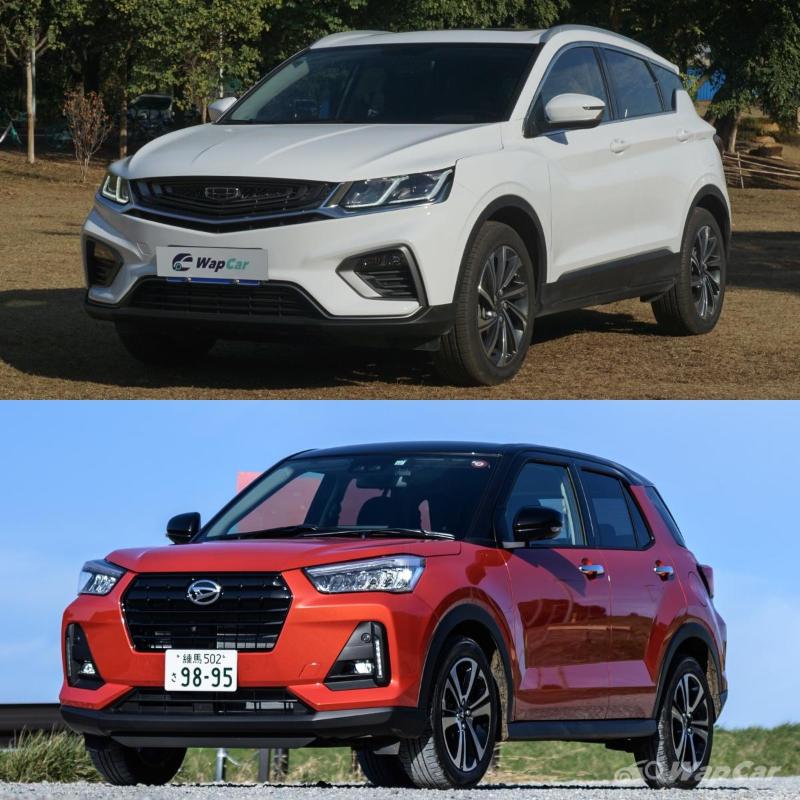 While there is much talk about the two being the strongest “competitors” in the B-segment SUV market, the 2 cars’ sizes vary quite a lot.

If you remember, we have already compared the D55L next to the Perodua Myvi before and we’ve noted that the two cars don’t differ much in size. The D55L measures in at 3,995 mm in length, compared to the Proton X50’s 4,330 mm length the D55L is 335 mm shorter. 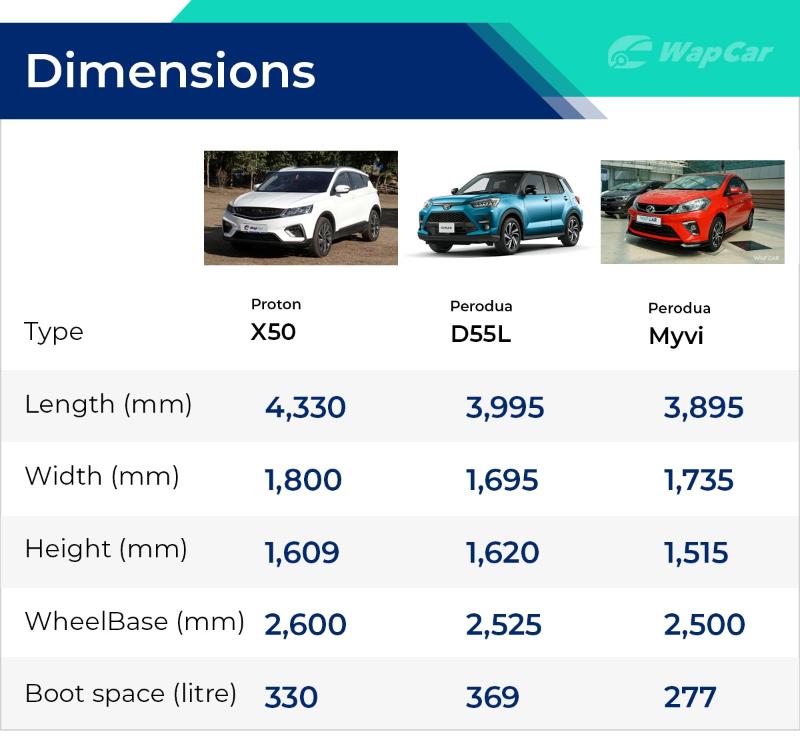 But, don’t judge the interior side-by-side spaciousness with the width of a car, you might be surprised how Daihatsu might be able to squeeze plenty of space out of the D55L. 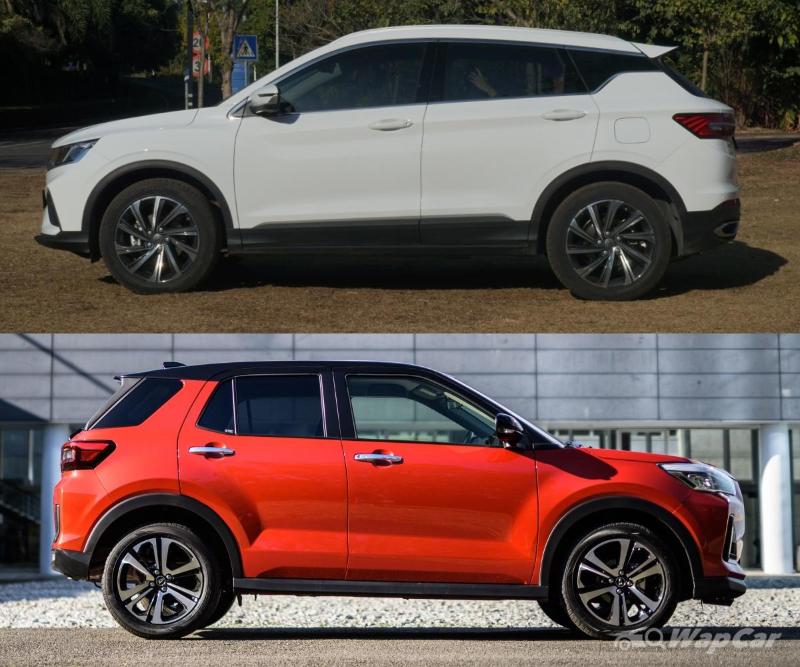 Looks like between the two new SUVs, the D55L will provide more headroom for passengers and as well as easier ingress and egress. 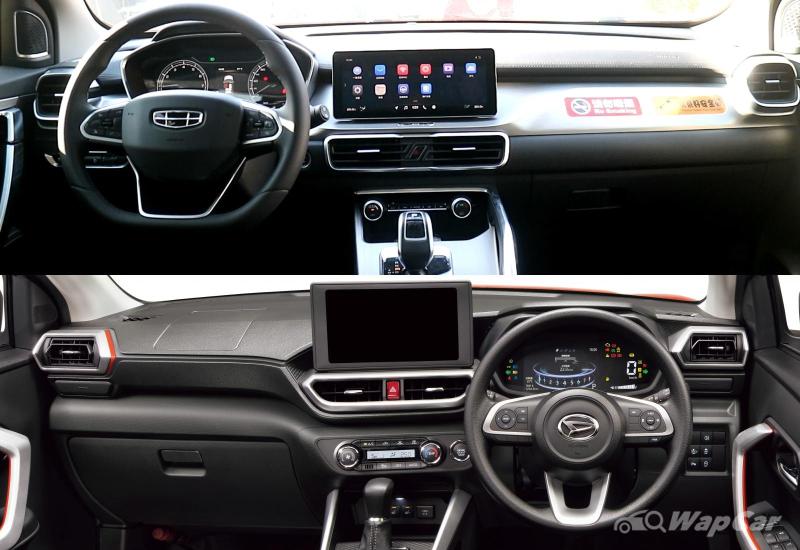 While the X50 might measure longer than the D55L, the wheelbase difference between the two SUVs differs only 80 mm; X50 2,600 mm vs D55L 2,520 mm respectively. Comparatively, the Proton’s wheelbase is rather short for its length, shorter even than the HR-V’s 2,610 mm though the HR-V is only longer by 4 mm overall. 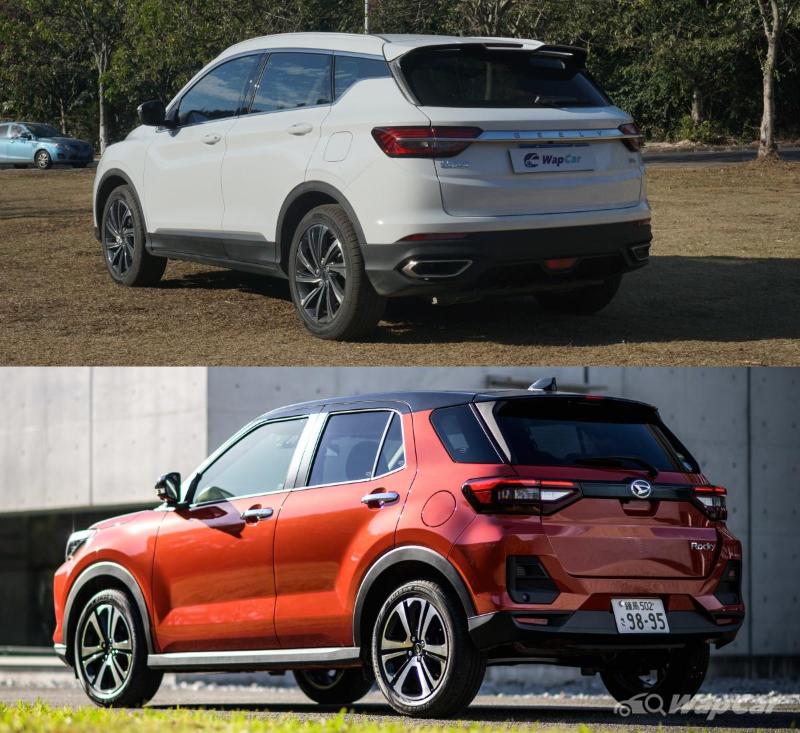 Sadly, when it comes to boot space, both SUVs lose out. Though the D55L is the smaller SUV between the 2, it has a bigger boot space of 369 litres while the X50 will only boast 330 litres. This could be thanks to the D55L’s unique two-tier boot storage space. 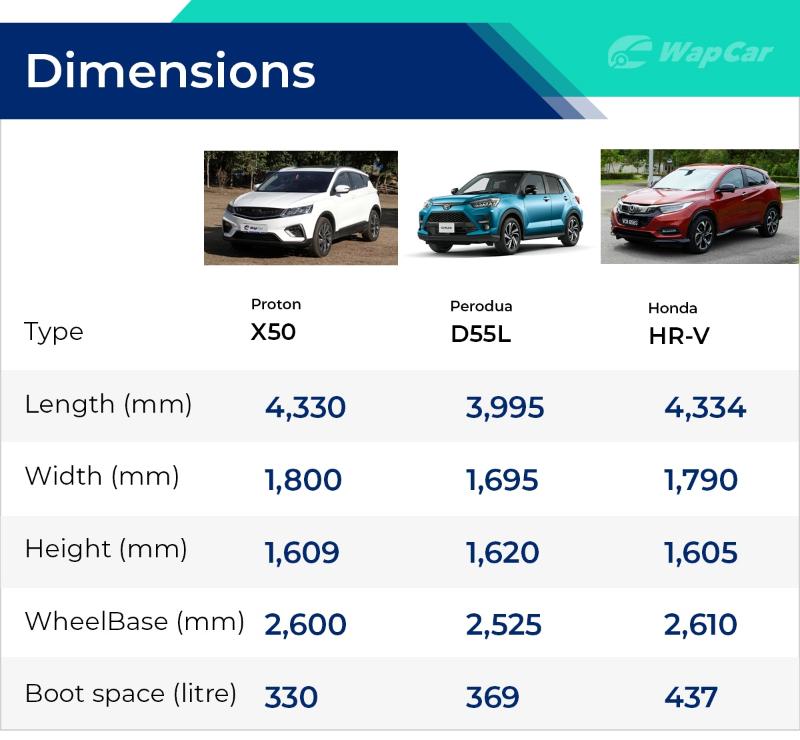 So, yes, while both cars will compete in the same segment when they finally make their official debuts, the SUVs differ greatly in size. when the D55L is launched in Malaysia, the Perodua will measure the smallest amongst the competitors. Meanwhile, the X50 will be sandwiched between the Mazda CX-3 and the Honda HR-V.

We believe that it is not long now before Proton officially debuts the Proton X50 as the car has been spotted multiple times testing on the roads. Meanwhile, the Perodua D55L is expected to launch in early 2021.