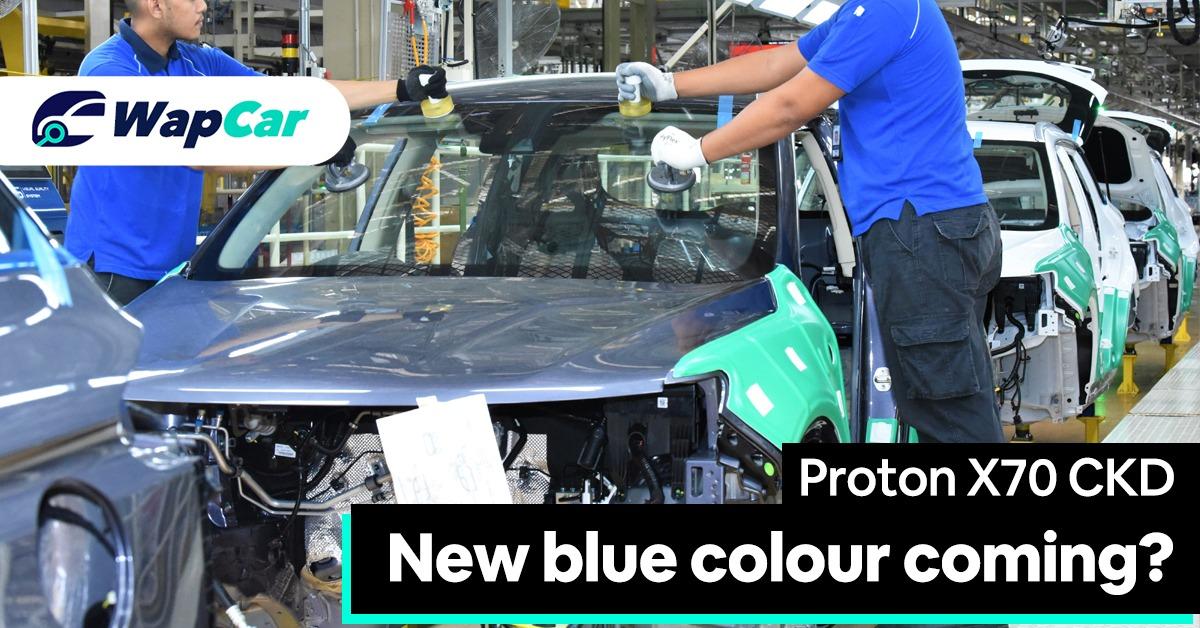 It appears that the upcoming locally-assembled (CKD) Proton X70 will receive a new blue colour.

We spotted the new blue body colour in Proton’s own press materials, indicating that at least one variant of the new X70 will receive the new colour.

At this point of time, it remains to be seen that the new shade of blue is called, though at a glance, it appears similar to Geely’s own Topaz Blue found on the Dihao GL PHEV.

The imported (CBU) Proton X70 is currently offered in 5 body colours: Snow White, Armour Silver, Jet Grey, Cinnamon Brown, and Flame Red, though not all colours are available across all variants.

Apart from the new colour, the forthcoming locally-assembled Proton X70 could see the addition of a new Premium X 2WD variant.