Proton's Adventure in the BTCC Part 1 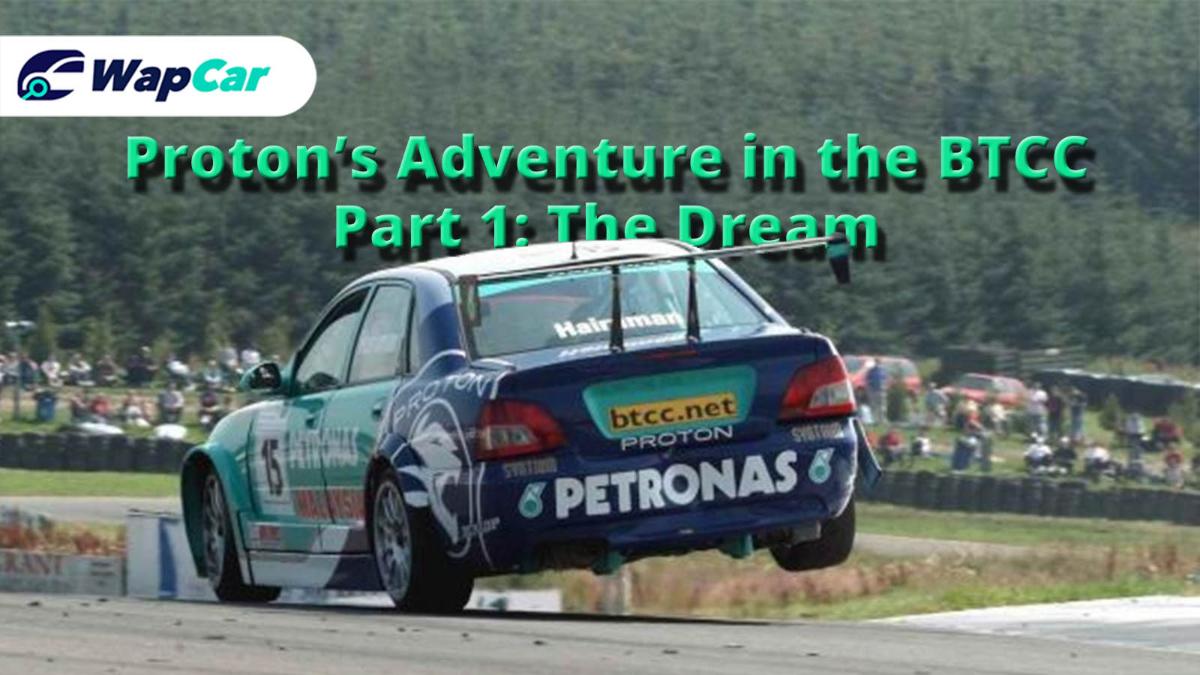 Touring cars have always featured basically run-of-the-mill sedans that were bought by Joe Average. Some would go on to be iconic legends in the German DTM, the Japanese JTCC, or even the Australian V8 Supercars. But none achieve the ethos of full legendary transformation than the British Touring Car Championship (BTCC).

Plenty of regular cars turned into icons thanks to the BTCC. Who could forget icons such as the Volvo 850 Wagon with blue and white Securicor livery or the simple red and white Alfa Romeo 155? While the BTCC had been racing since the 1950s, it wasn’t until 1990 that things really took off. 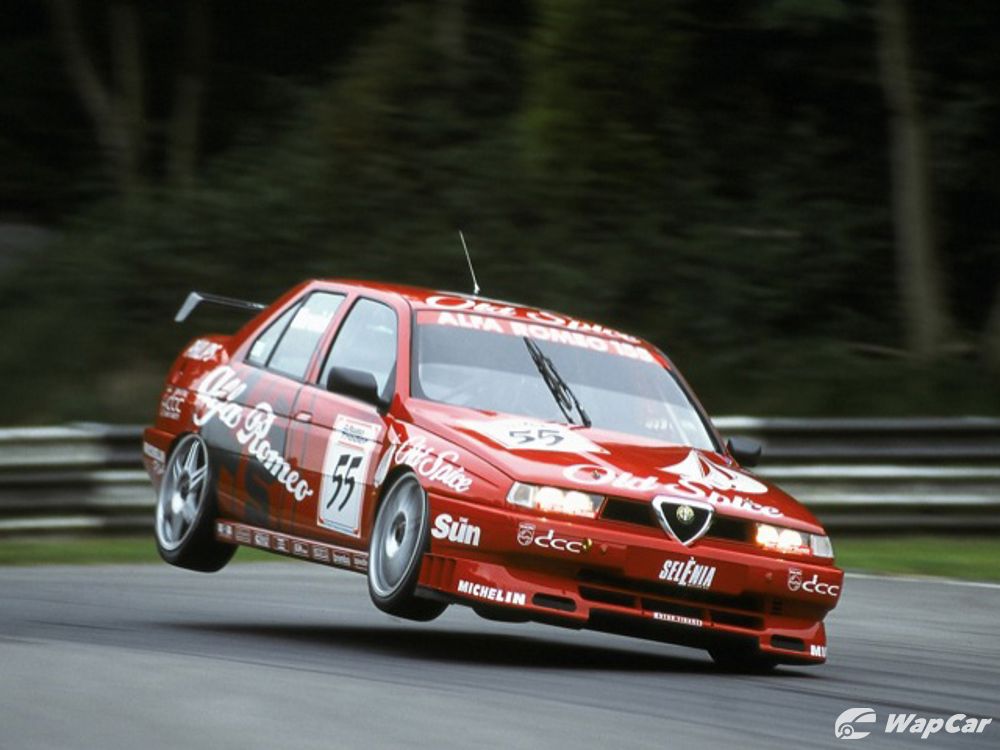 With new regulations allowing engine displacements up to 2.0-litre to compete in the BTCC, these new Super Touring cars took off as manufacturers scramble to compete with one another in normal cars that the general public can buy one after the race is over. 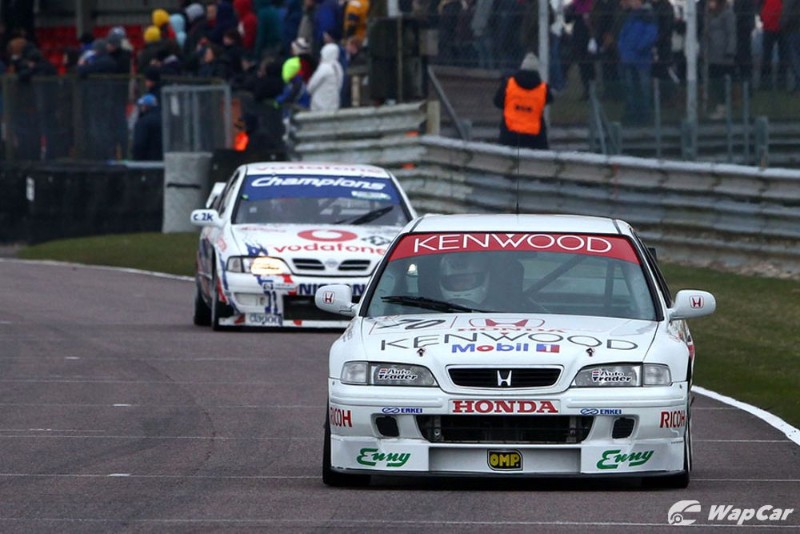 Proton saw this as an opportunity too. By the early 2000s, Proton wasn’t really capturing the imagination of the British public. The days where the Malaysian brand was the fastest growing car brand in Britain was very much gone. The Waja which was launched in 2001 as the Impian was supposed to spark some newfound interests but sadly, not much has been done. 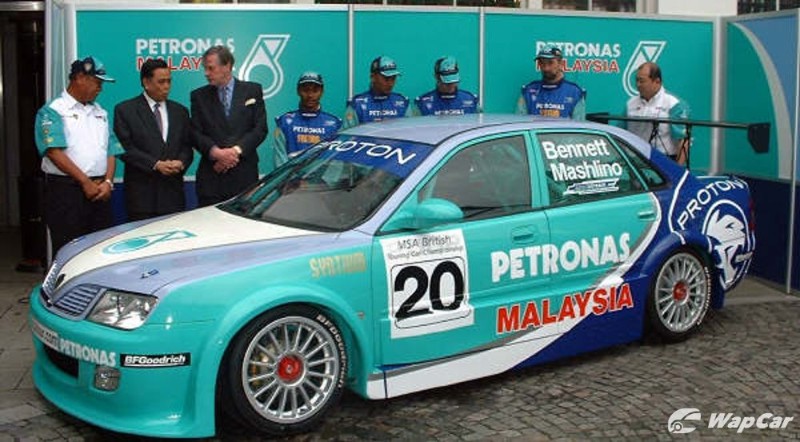 In 2001, Proton decided to compete in next season’s BTCC with the Impian. Except, this wasn’t really Proton’s works effort. Like what Sanjay had written about the abandoned Proton PERT, Proton’s core motorsports program is rallying. The BTCC program was actually the brainchild of Petronas which competed under the Team Petronas Syntium Proton (PSP) name. 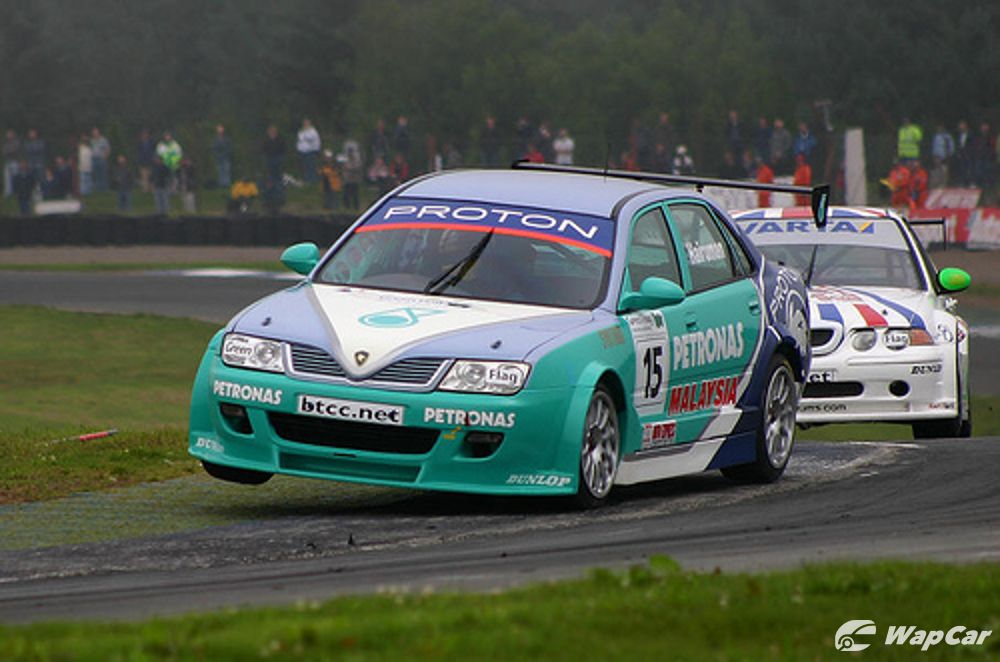 Right from the beginning, this was going to be an arduous journey for Team PSP. Since it was difficult to import the bodyshells from Malaysia, the team bought Impians from local Proton dealers and modified them from the ground up. Then, there was the fact that these cars weren’t really built for racing in close contact motorsports. 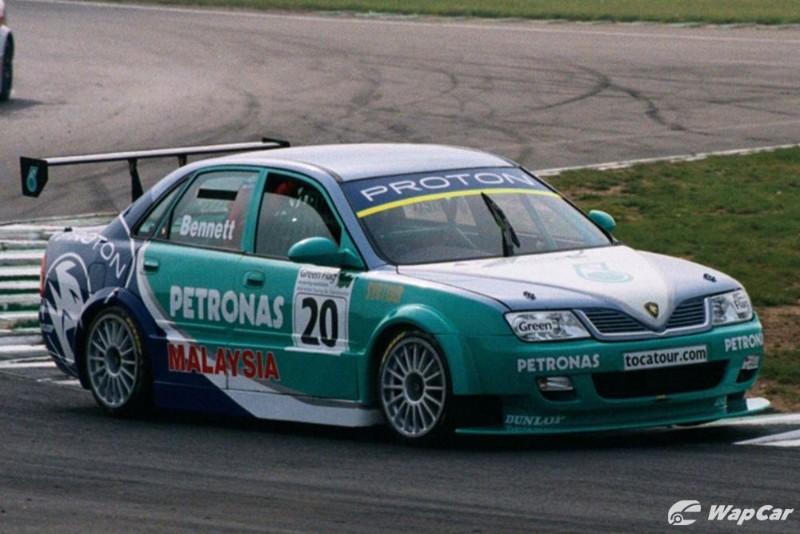 Somehow, the team managed to pull through and reached the starting grid of the 2002 season. The BTC-T Impian was powered by a 2.0-litre Renault-sourced engine which was tuned by tuning specialist Mountune and mated to a 6-speed transmission supplied by Xtrac. 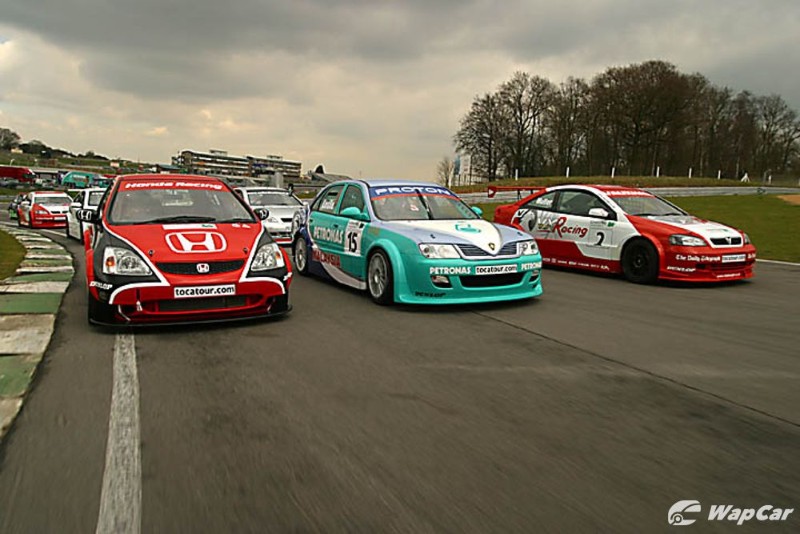 The rest of the lineup included the EP3 Civic Type R, the BMW E46 3-Series, and the Renault Clio 176 among others. Still, the team managed to finish an electrifying…fourth place out of four among the production works team. 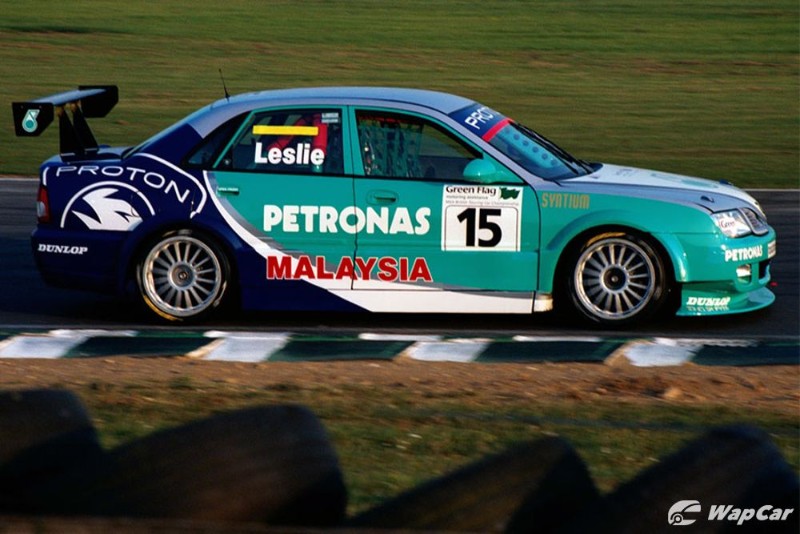 Humiliating first season aside, the team did achieve a few podium finishes in its first season. It was all thanks to David Leslie, who helped Nissan win the constructor’s title back in 1999. Unfortunately, he couldn’t emulate his success with Proton and left the team after the 2003 season. He died in 2008 in a private plane crash. 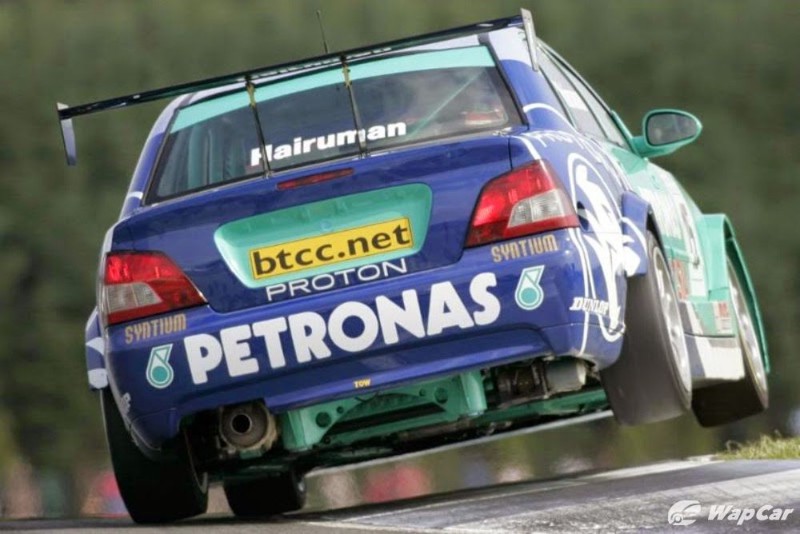 In 2004, PSP introduced two new drivers. One of them was Fariqe Hairuman who became the first Malaysian driver to compete in the BTCC. His first season and PSP’s final season was disastrous as the team scored zero wins or podium finishes and was placed last for the third year in the row. PSP pulled out from BTCC and the Impian never competed in Britain. 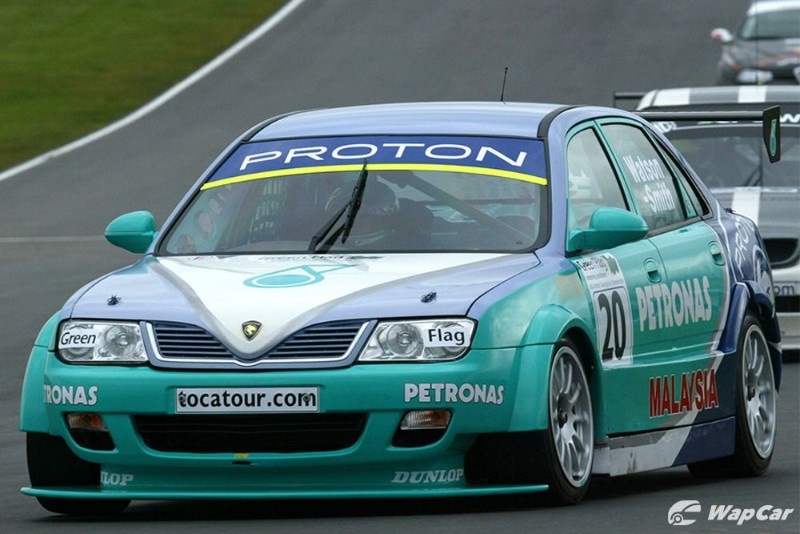 But in the Asian Touring Car Championship (ATCC), PSP redeemed themselves by competing with the Protons, now rebadged as Waja. With Fariqe at the wheel, the Waja proved competitive and he claimed second place for the team in 2005 and 2006. PSP retired the Wajas in 2007, swapping them for Super-2000 spec BMWs instead and Fariqe won the ATCC driver’s title that year. 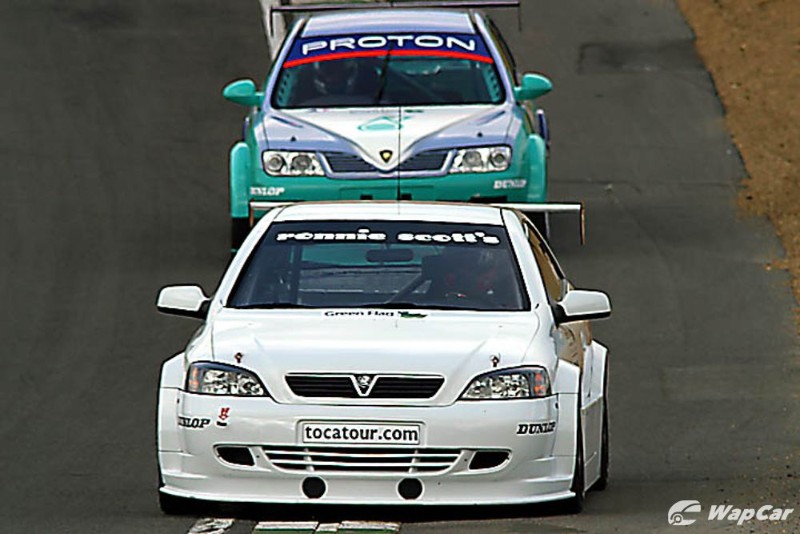 Proton’s adventure at the BTCC wasn’t a fairytale with the Waja. Yet, they were the underdogs and who wouldn’t want to cheer for one? But Proton's adventure wasn’t over yet. Next time, we’ll have a look at their second attempt in the BTCC.