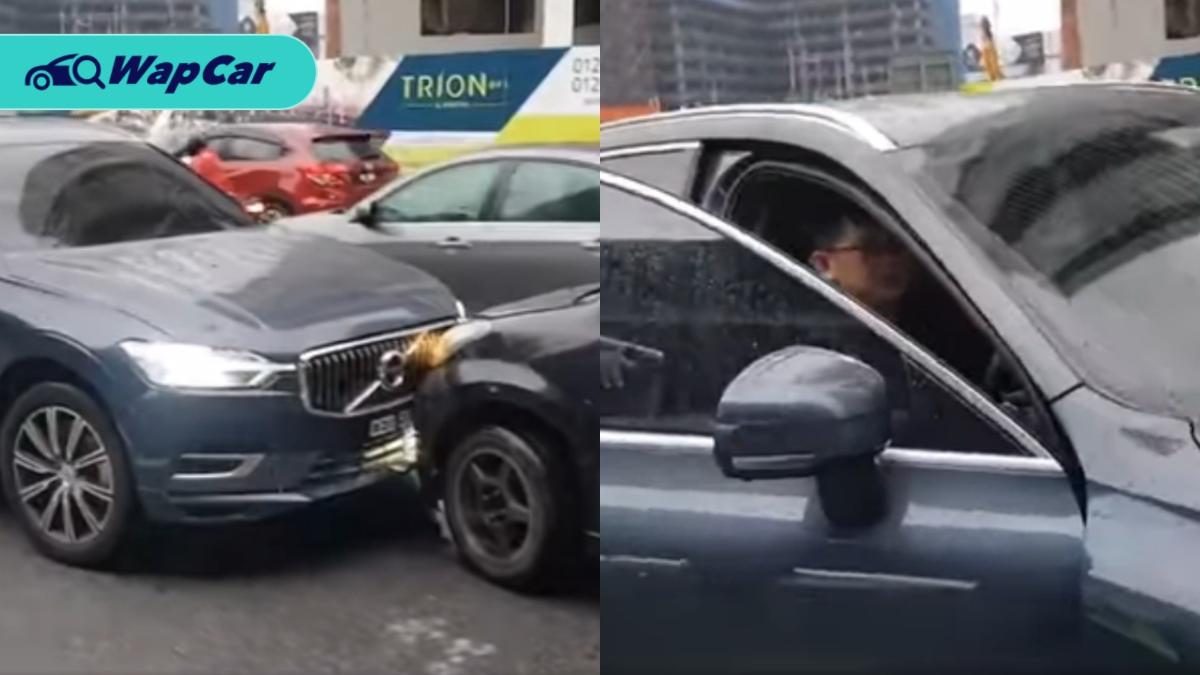 Over the weekend, a video of a Volvo XC60 trying to continue driving after a head-on collision with a Perodua Myvi went viral. According to a Harian Metro article following the incident, the Royal Malaysian Police (PDRM) have confirmed that the XC60 driver has been tested positive for drugs.

Based on the captions of the original uploader, the incident happened along Old Klang Road around 6.30 pm on 4/9/2020. The uploader reported in his captions that there was a strong smell of alcohol wafting out of the car when the car door was open.

Note the video below is not from the original uploader:

According to a statement by the Traffic Investigation and Enforcement Department (JSPT) Assistant Commissioner Zulkefly Yahya, the 35-year-old driver has since been arrested after urine test results returned positive for drugs.

Further investigations will continue under Section 42 (1) of the Road Transport Act 1987 and the Dangerous Drugs Act 1952. PDRM will also refer the case to the Deputy Public Prosecutor for further instructions.