Top Gun might portray the fighter pilots’ need…for speed (power high 5 ensues) but the reality isn’t quite the highway to the danger zone as Kenny Loggins would sing. Yes, real-life fighter pilots do push the envelope having to fly supersonic jets but their high-flying days are only in the air.

On the ground, they don’t move around in Kawasaki Ninjas or Porsche replicas but rather, something a lot more ordinary like a Toyota pick-up truck, a used Nissan, or a Volvo SUV.

Hollywood has done a good job in portraying the fantasy away from reality and in the case of Top Gun, the machoism of men playing beach volleyball certainly pulled off plenty of favours for Navy recruitment. But much like Tom Cruise’s riding skills when the movie was made, it was all an act.

In a 2020 interview with Hagerty, a senior US military fighter jet pilot named “Josh Arakes” shared that real Top Gun pilots don’t drive fancy sports cars. He himself was a proud owner of a used Nissan Sentra GXE and the only thing enthusiast-worthy on his econobox was a 5-speed manual transmission. 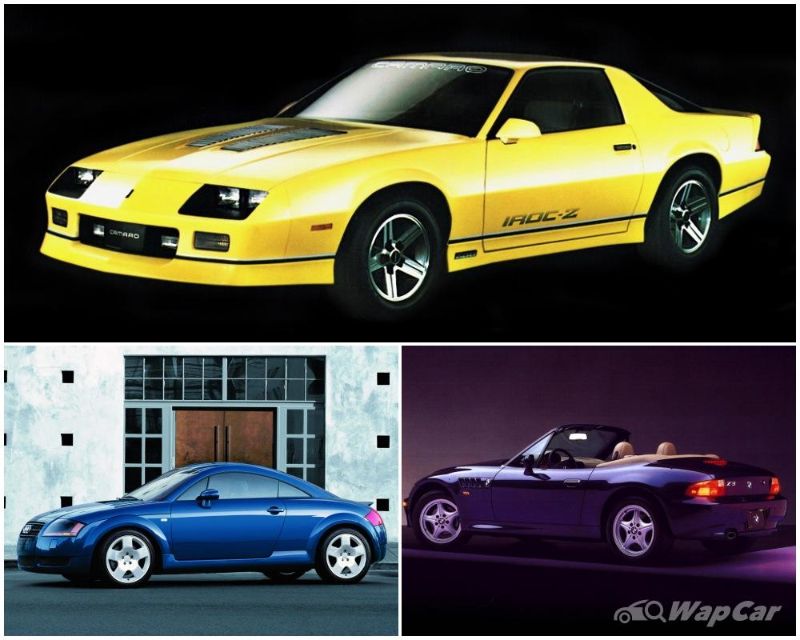 The sportiest thing he witnessed at the pilot’s parking lot was a Chevrolet Camaro IROC-Z but when it came to newer sports cars, many pilots chose an Audi TT or a BMW Z3. This was around the late 1990s or early 2000s but it’s certainly a far cry from even a Corvette which was mostly owned by senior pilots.

According to Arakes, as a fresh-faced pilot with a monthly base salary of less than USD 2,000 (~RM 9k), his choices were limited to mostly used econoboxes. Plus, if he wanted to experience speed, he already has his office space, the F-15 Strike Eagle fighter jet which can climb to 9,000 m in under 50 seconds and rips around low-level terrains at speeds of 500 mph (805 km/h).

A sports car is definitely not as exhilarating then and even today, only a small percentage of fighter jet pilots own a fast car. Autoweek managed to catch up with the pilots that were about to perform a flyover for Daytona 500 and their rides were a Toyota Tacoma, a Volvo XC60, and a Chevrolet Colorado.

No signs of a superbike or sports car at all, just a bunch of regular trucks or very safe SUVs for some of America’s top fighter jets. Perhaps the real-life Maverick might also be rather accustomed to a Ford Maverick instead.