Home > News > Remember this BMW M5 chasing down a land speed record car ad? It has come to life! 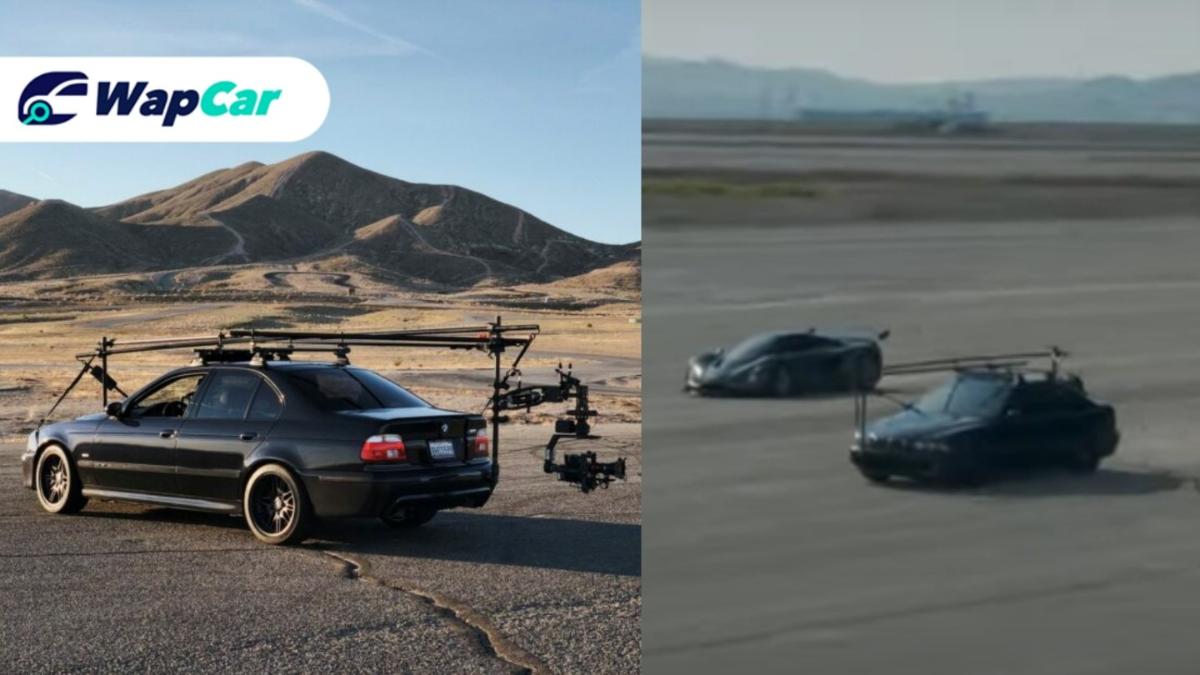 Remember this ad of the BMW M5 camera chaser car filming a land speed record car in the early 2000s? The ad was made to showcase the M5 as the “fastest saloon on the planet”. Fast forward to 2020, this ad has become reality as a video producer converted a BMW M5 into the perfect camera car.

The Ranch Hand is equipped with a modified speed rail, a 3-axis dampening Flowcine Black Arm, Ronin 2 and Alexa Mini setup. Paired with the M5’s 4.9-litre V8 engine that produces 400 PS and 500 Nm of torque, this gives the car the ability to chase even the fastest cars they need to shoot.

It took quite a lot of trial and error to set up the Ranch Hand. Jeremy Heslup, the director and executive producer of Valkyr Productions and the creator of the Ranch Hand took almost a decade to perfect the setup. 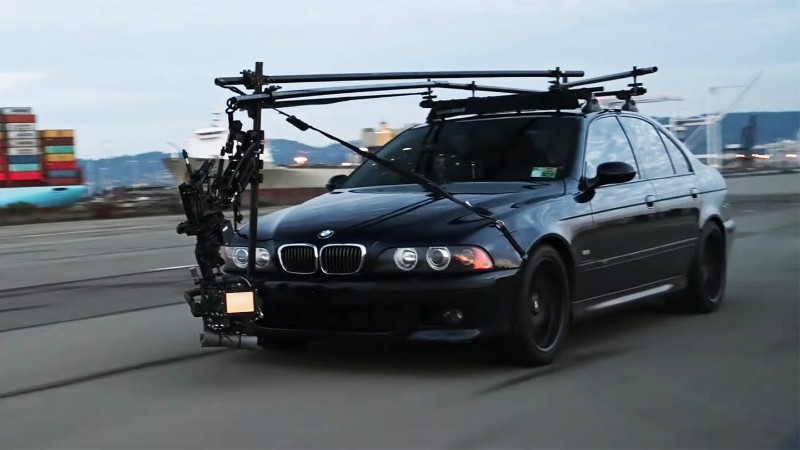 According to Heslup, he first started the project by just strapping shock and suction mounts, triangulation kits, gimbals and more on any car that he could get his hands on.

When he eventually created the Black Arm, the invention was still set up on a Toyota FJ Cruiser. But it didn’t take long for him and his crew to realise that an SUV does not make a safe chase car or produce enough power to chase down the more powerful cars, especially on the track.

That was what lead him to land his sights on a E39 M5 with about 330,000 km on the odometer. He wasted no time at all after he collected the car by immediately fitting a speed rail on the car and sending the car on its first shoot with a McLaren 720S.

The Ranch Hand proved itself a success when it easily kept up with the McLaren and then later the world’s first 3D printed hypercar, the Czinger 21C. The Ranch Hand easily kept speeds at 193 km/h to capture the best of each car, even on the famous Laguna Seca corkscrew.

Though the journey of keeping the almost 20-year-old M5 in good working order is a challenge for Heslup, the car’s capability and performance always pays off.

This gives you a good idea of why BMW enthusiasts still worship the classic naturally aspirated manual transmission BMWs of yesteryears!