Home > News > Rendered: Let's have a show of hands who wants the 2021 Toyota Innova facelift to look like this

Rendered: Let's have a show of hands who wants the 2021 Toyota Innova facelift to look like this 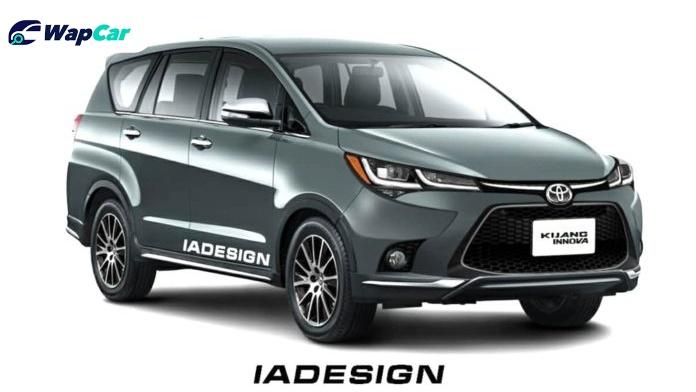 The first generation Toyota Innova had a 11-year model life before the second generation took over in 2015. This means a facelift is due as soon as 2021. Artists like IA Design are getting creative and eager to flex their creative muscles on their vision of how the 2021 Toyota Innova facelift would look like. Check out their rendering of the popular MPV.

IA Design has given the Innova facelift a more sophisticated look by taking design cues from the all new 2019 Toyota Corolla.

The artist took the shape of a standard Toyota Innova and rendered the Corolla’s headlights, DRLs, and even the chrome inserts running across the logo.

The look is further complemented by a trapezoidal grille. The rendering also saw the Innova wearing sporty multi-spoke wheels.

In Malaysia, the Toyota Innova has gradually turn from a utility workhorse to a refined and luxurious MPV with its captain seats and sporty accessories. But though the Innova has a new level of refinement that the first generation doesn’t have, many still can’t get over how it still rides on the same platform with the Toyota Hilux.

Perhaps if the new Innova resembles the rendering it would start changing the minds of Malaysians. But as this is just a facelift, we're pretty sure the cosmetic changes are unlikely to be as dramatic as the rendering and limited to just a new grille and maybe a new bumper.