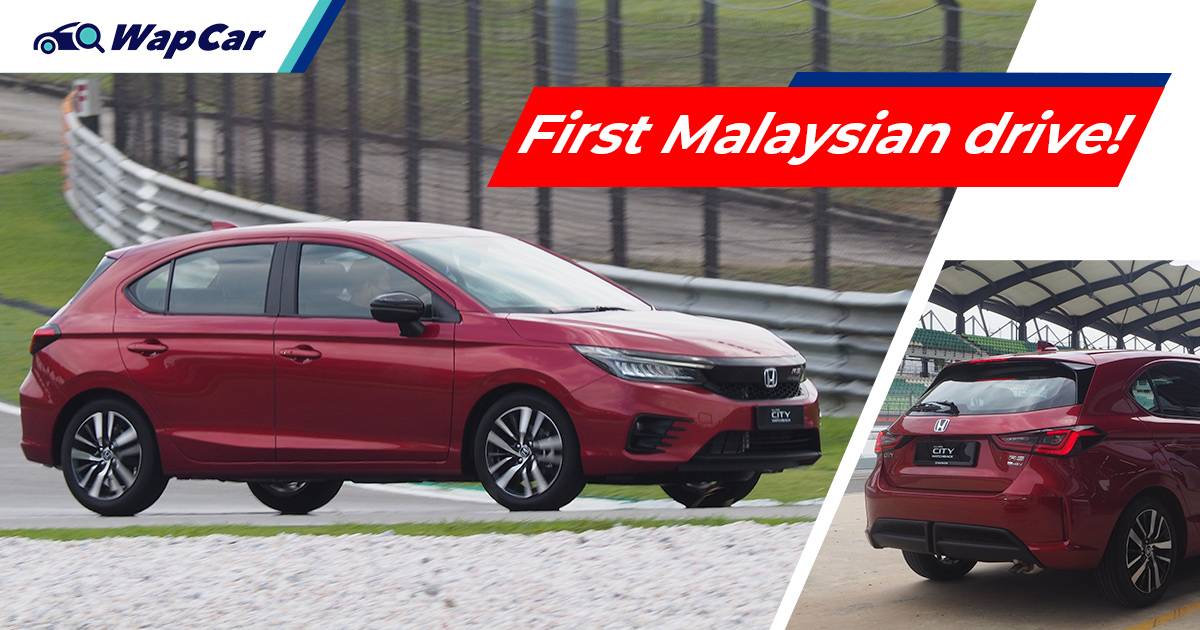 Pause the whole hullabaloo over the 2022 Perodua Myvi facelift for a bit (which launches tomorrow, by the way) and join us for this – the first Malaysian review of the 2022 Honda City Hatchback.

Yes, it's finally here, but the model is yet to be launched and prices haven't been announced. This review follows a media drive around Sepang International Circuit, so things like fuel consumption figures will have to wait.

Honda Malaysia (HMSB) let us loose on both the City Hatchback 1.5 V and the range-topping RS e:HEV. Just like it is on the sedan, the V is powered by a regular, naturally-aspirated 1.5-litre engine, while the RS e:HEV gets the two-motor Intelligent Multi-Mode Drive (i-MMD) hybrid system.

Eager yet refined best describes the non-hybrid (121 PS, 145 Nm) engine in the City Hatchback 1.5 V. Power’s more than adequate, and the four-pot provides good ‘pick up’ from a standstill, and during ‘in-gear’ acceleration. 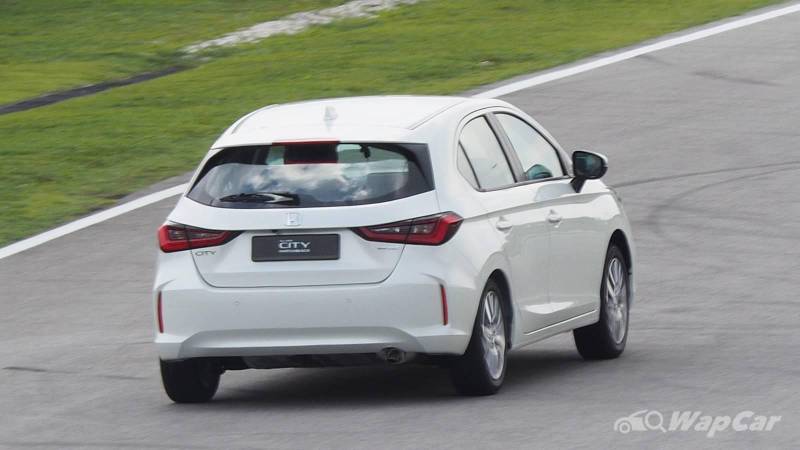 Granted, at full chat, the CVT automatic and engine drones, but to be fair no one drives around pedal-to-the-metal all the time. When idling or driving normally, it churns away quietly.

But if true silence is what you need, then look towards the RS. For most of the time, its electric traction motor drives it, which offers instantaneous 253 Nm torque generated by the 80 kW (109 PS) traction motor, available from 0.1 rpm, up to 13,300 rpm.

Naturally, it’s whisper-silent then. However, even when its petrol engine kicks in (at higher speeds or to charge the battery), it’s a seamless transition, especially so in normal situations where you have music playing and conversations flowing. 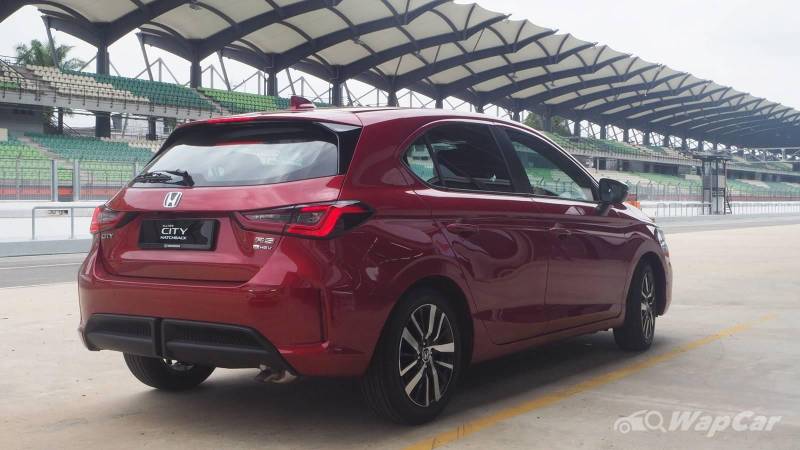 253 Nm is certainly a dramatic figure, but don't expect any headrest-pinning, white-knuckle moments. Gentle and linear is the i-MMD's character, and even if you mash the accelerator pedal from a stop, your sleeping occupants will remain undisturbed in the quiet cabin.

Nimble and agile round the bends 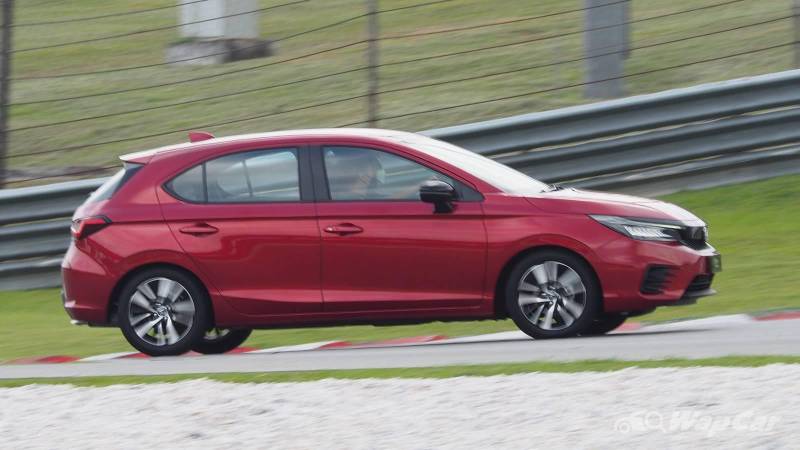 The City Hatchback is a reasonably good-handling car, with a rather well-weighted steering that’s not at all dull. There’s enough feedback, and drivers have a better idea of what the front wheels are doing.

Its short bum also lends the car a nimbler character compared to its three-box stablemate, with body roll kept to a minimum in the corners. That said, there’s a notable difference between the RS and non-hybrid variants. 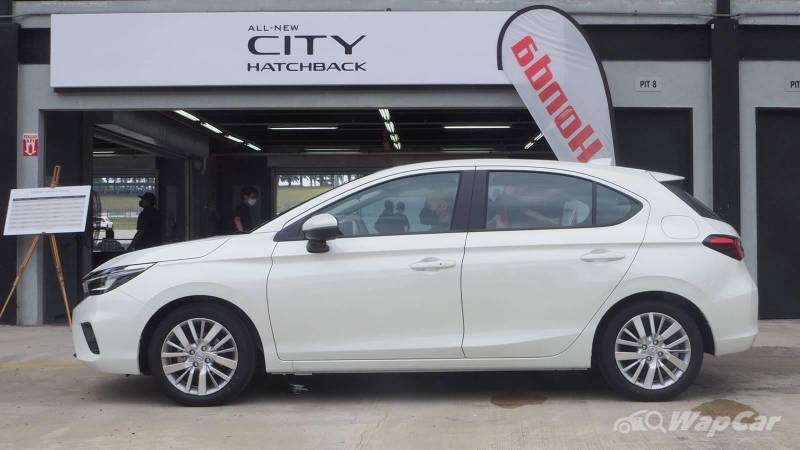 At least on similar conditions at the track, it bests the Toyota Yaris. The body roll in the Toyota is more pronounced and the steering response is slower and heavier.

Also read: Choices in Malaysia's car market: should you spring for a sedan or get a hatchback?

All things considered, the City Hatchback’s stiffer chassis and lighter body makes it livelier than the sedan, which we think will strike the right chords among those who like a little pep in their daily drivers.

Honda Sensing, as good as ever

Part of our excursions yesterday also involved testing the Honda Sensing ADAS suite on the City Hatchback RS. It’s got the full set as the sedan, coming with: 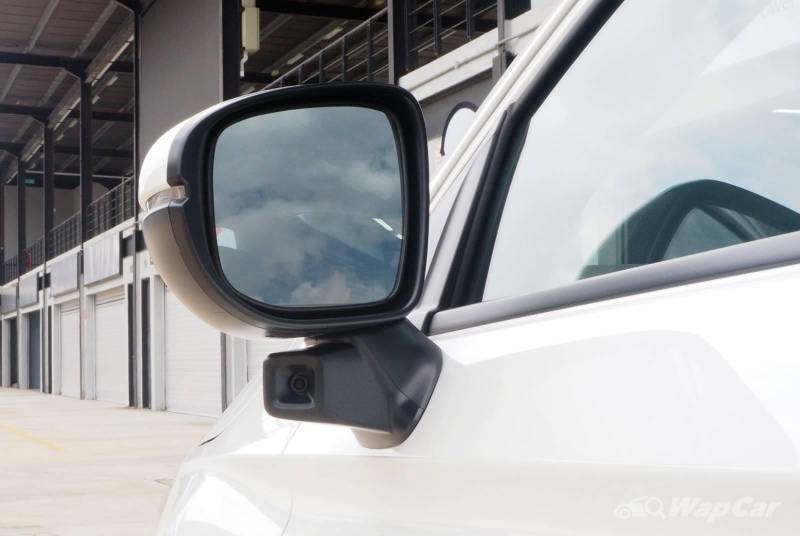 The V variant misses out on Sensing, but there’s LaneWatch, which is also available on the RS.

The City Hatchback’s LKAS is remarkably smooth, never being too obstructive. Prompts were gentle rather than triggering prematurely to yank the steering wheel. 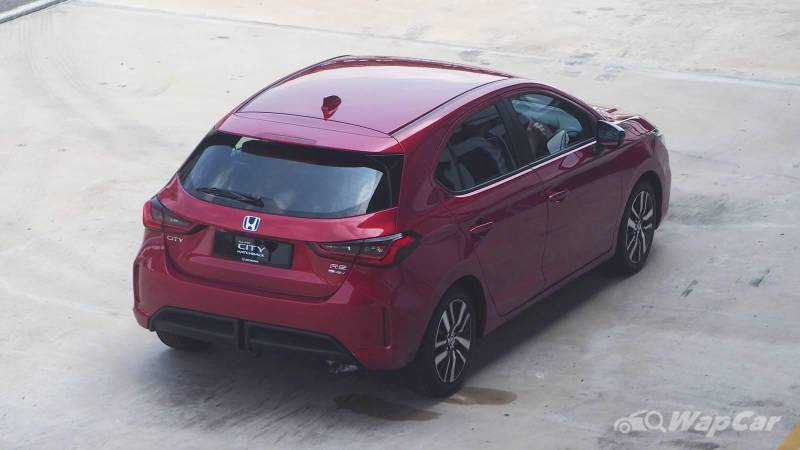 Much the same can be said about its ACC too. Setting it up is a painless experience, it does its job accurately, and once it's out of working range it gives drivers a warning with ample time to brake.

Conclusion - It's one to wait for

Interior details can only be shared with you after the car is launched, but we’ll tell you this – never mind how it drives, its ULTRA seats feature is always brilliant to experience in person.

First impressions matter, and it has certainly made its mark on us. Though its arrival here means the Honda Jazz bows out of our region, rest assured that everything Malaysians loved about the Jazz lives on in the City Hatchback's soul.

Though prices are yet to be revealed, expect it to not stray too far from what the City sedan is currently priced, attached below for reference:

In the meantime, we have a full review of the Honda City RS (sedan), and that can be watched below.