HomeNewsReview: 2022 Honda City Hatchback V - Capable all-rounder, but why do we miss the Jazz?

Review: 2022 Honda City Hatchback V - Capable all-rounder, but why do we miss the Jazz? 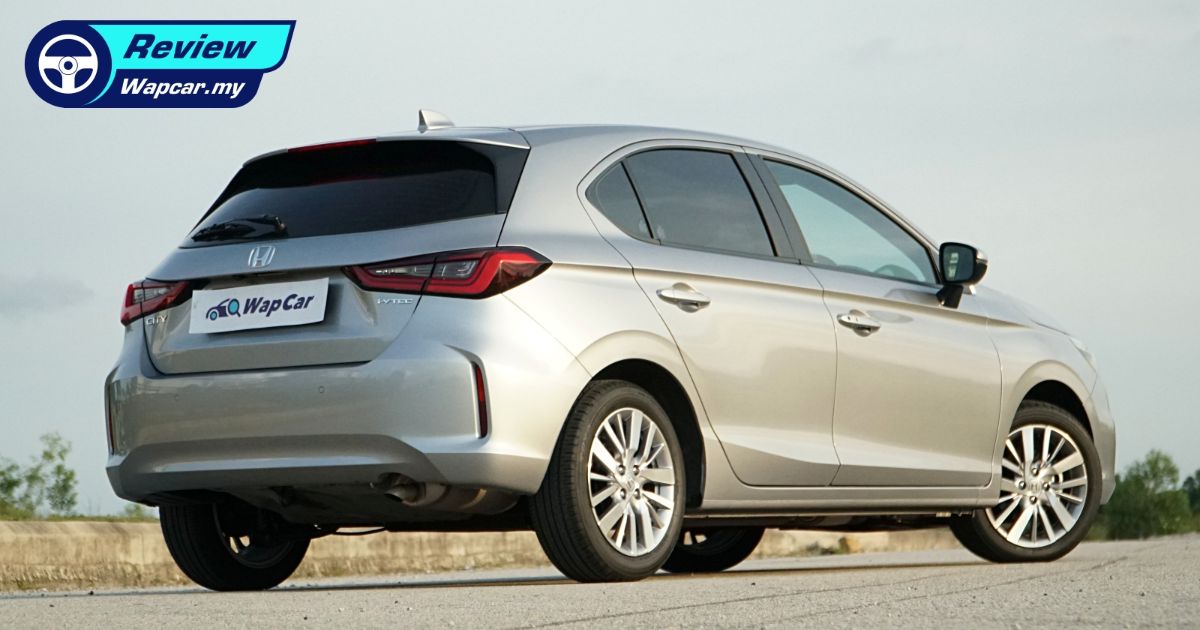 There is a quote that says progress is made only when progress can be measured – progress requires looking back, making changes, and then measuring how far we’ve come. Thus, to review the all-new Honda 2022 City Hatchback (HB), we must look to its immediate forebear, the (GK-generation) Honda Jazz, and in doing that, lies the quagmire.

Don’t get me wrong, the all-new Honda City Hatchback is a brilliant product – it’s superbly designed, very practical, and perfectly pitched to draw a new generation of hatchback lovers into the Honda family. 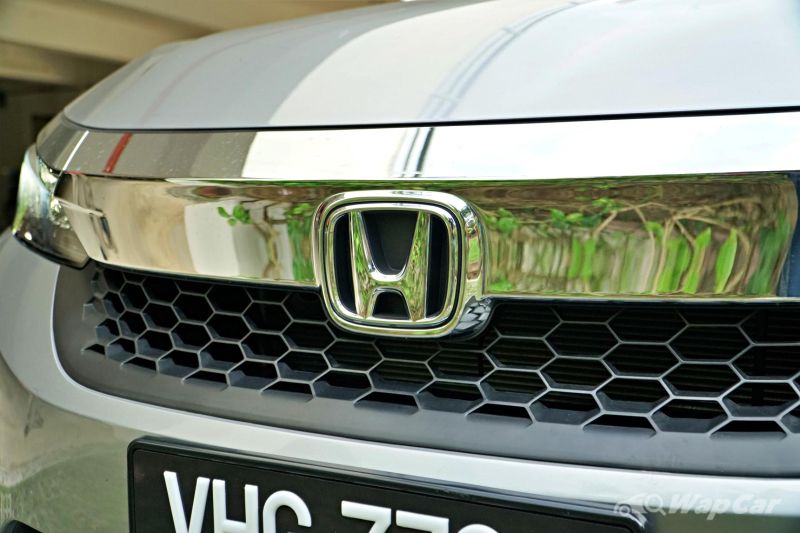 With that said, testing the Honda City HB V (Non-Sensing) variant left us in want of a richer experience that the GK Jazz delivered in spades. We'll explain in the following text.

But first, in keeping with the theme of progress, let’s first look at what’s new and improved. 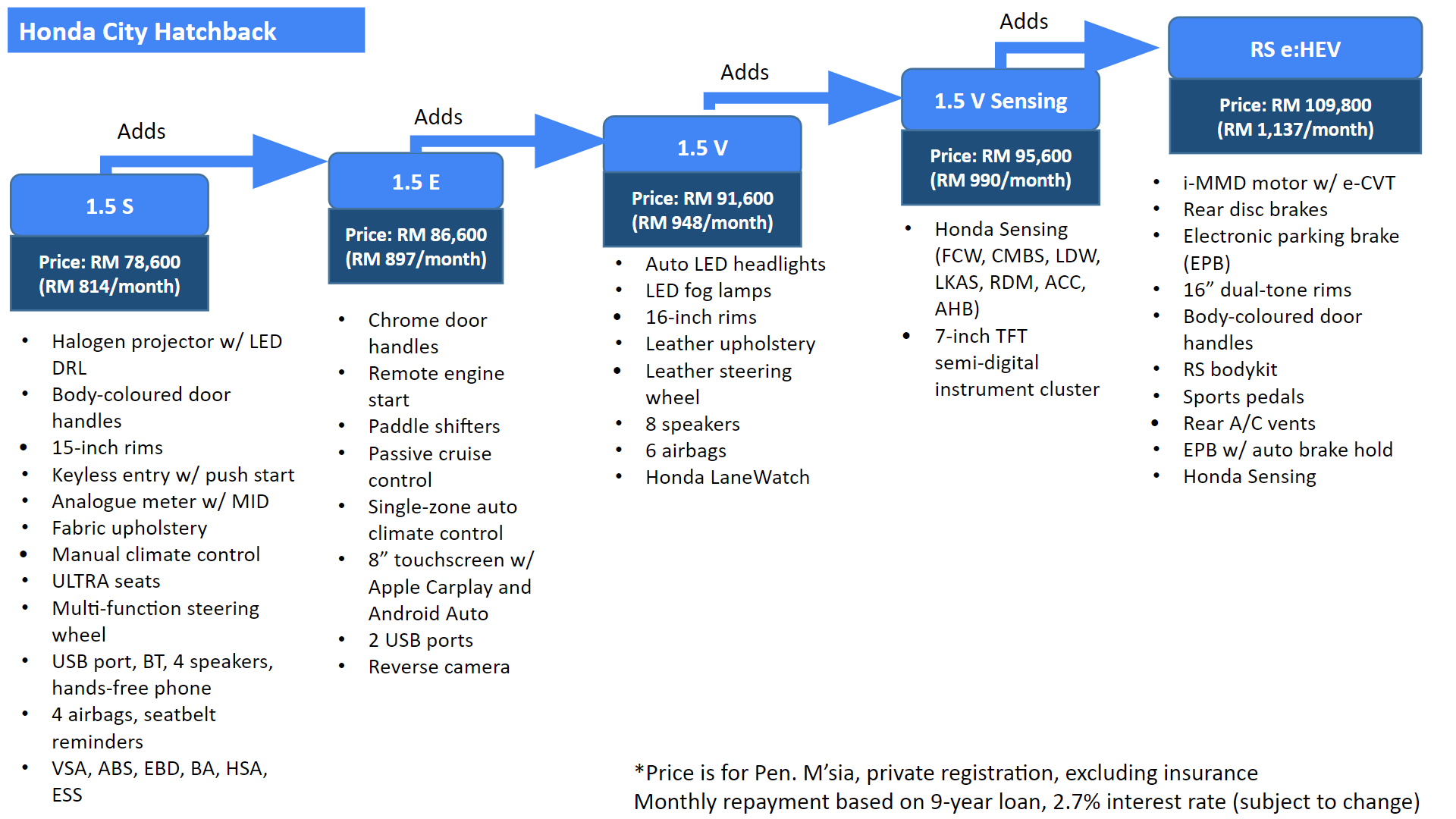 Initially, the City HB was offered in four variants, with Honda Malaysia later adding the 1.5 V Sensing, the second variant after the RS to offer the Honda Sensing Suite of ADAS assistance features – mirroring the lineup of the Honda City sedan.

To recap, the City HB 1.5 S-, E- and V- variants are powered by the naturally-aspirated 1.5-litre DOHC i-VTEC mill which produces 121 PS and 145 Nm, with power sent to the front wheels via a CVT automatic.

Exterior – Clean and purposeful, but it’s not the flashiest

Perhaps in pictures, the City Hatchback might seem disproportionate, with its elongated front bonnet and rounded rump, but it does look better in the flesh.

However, for our money, the Toyota Yaris is the better looking car. 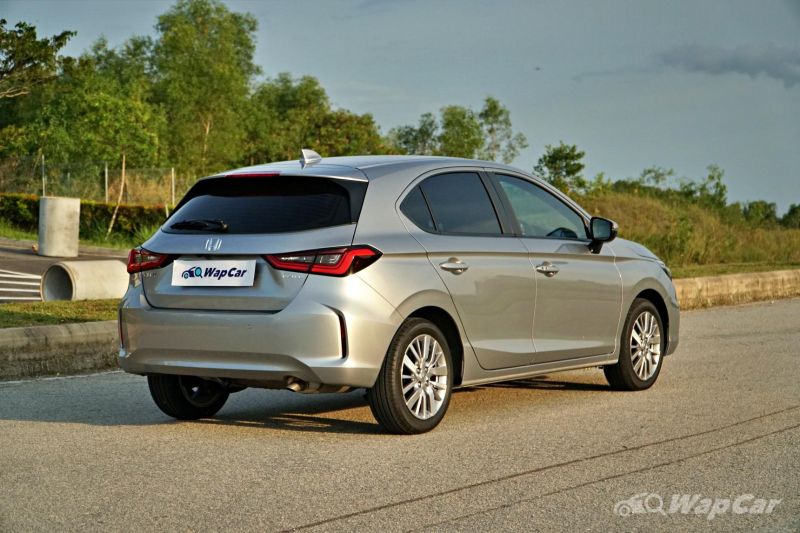 Elsewhere, the 16-inch wheels do look a tad small in comparison to the body, but they’re finished nicely, nonetheless.

Interior – Superb practicality but there are drawbacks

Now whilst the exterior of the City HB V variant is pleasing – the interior is a bit of a mixed bag. 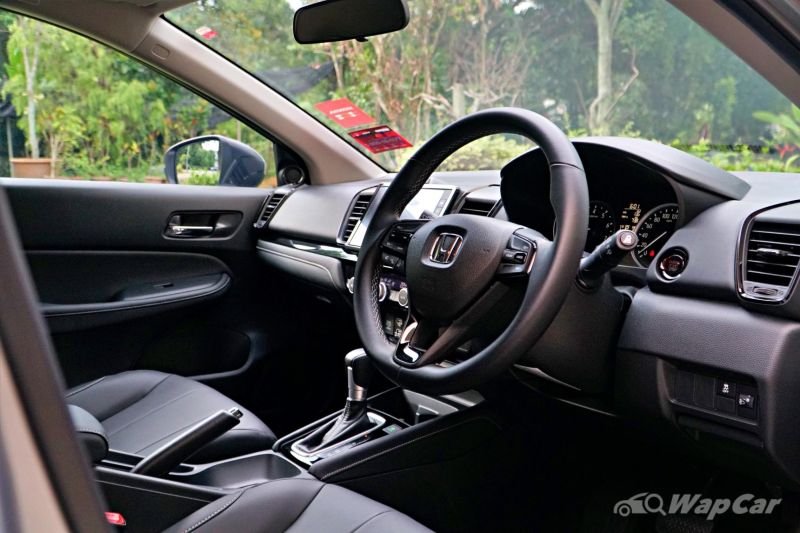 Starting with the positives, the interior architecture and layout of the City HB is superb, there is ample seating comfort for five occupants and the seating position is impeccable both at the front and back.

Note too that the City HB features telescopic steering adjustment, a major upgrade over the Yaris, to achieve a better driving position, especially for long-legged drivers.

Though it’s small in stature, the City HB offers more space than the City sedan, and this is felt in the headroom and kneeroom almost as soon as you get in.

Also read: The Honda City Hatchback is smaller than the Sedan but has more space inside, how?

Not forgetting the City HB's ULTRA seats, a defining feature which allows the rear seat bench to fold upwards or downwards. When paired with a near-flat floor, it gives the City HB amazing storage capacity and configuration flexibility for larger items. 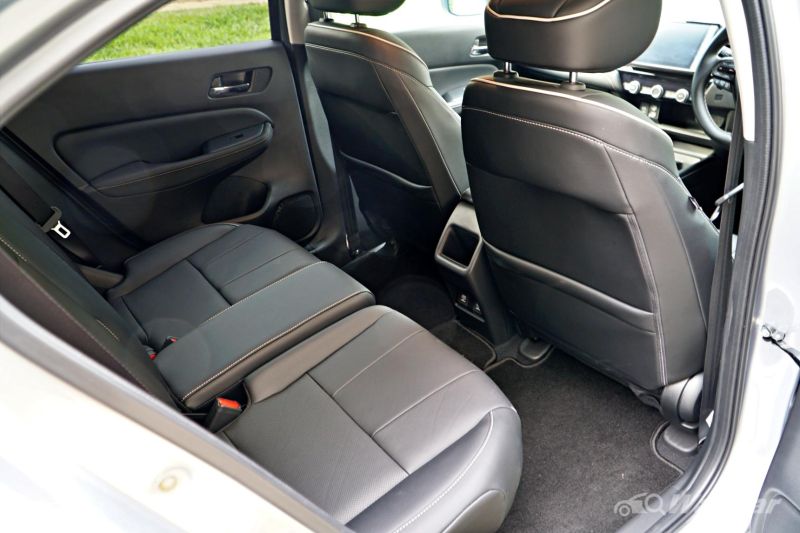 The leather steering wheel and gear shifter present a great tactile feel, whilst the leather upholstery adds a dose of premium comfort, such that you know where your good money has been spent.

Elsewhere, the 8-inch display audio is a big step up from the unit featured in the previous generation Jazz/City, the display is much sharper, there’s less glare during the day and it works smoother and more intuitively. The 8-speaker audio system is another notable addition to the V variant.

The City HB's infotainment unit is much better than the Yaris', and additionally offers Android Auto and Apple CarPlay. The Yaris also makes do with just 6 speakers. 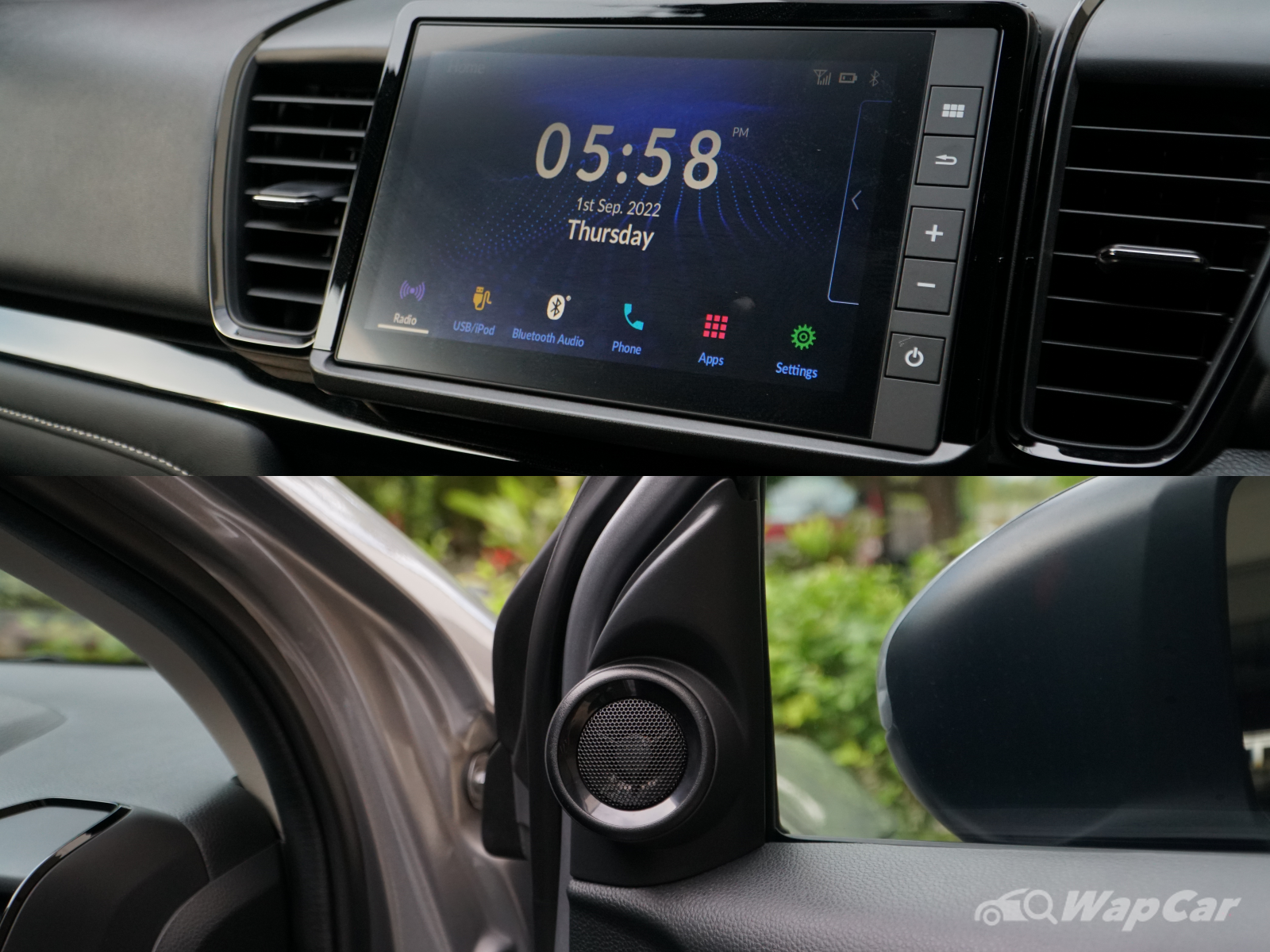 Moving on to the not-so-greats are the plastics, the upper regions of the dash are reasonably good but once you get to the lower dash, door panels and centre console, they start to feel rather hard and scratchy.

In this aspect, the Honda City HB’s main competitor, the Toyota Yaris slightly better execution. But perhaps the largest drawback of the City HB V variant is the interior refinement.

At low speeds, the City is pleasant, however, once you get past the 90 km/h mark, tyre and engine noise start to get into the cabin. This is mostly centred around the footwell region, such that I found myself slowing down to dial back the volume.

Here’s where I believe, the City HB isn’t as good as the Yaris, or even the GK Jazz, which presented a very refined cabin space even at highway speeds. I wouldn’t fault the lack of soundproofing, but rather the Toyo Proxes R57 tyres, which do not seem to work well with the car.

This fact is proven with our sound test, where the City HB did not fare as well as the Toyota Yaris. Also note, the Yaris 'E' and 'G' variants are fitted with an acoustic windshield which further improves refinement.

Also read: Review: 2021 Toyota Yaris – Does the City Hatchback have it beat? Not quite

Behind the wheel, the City HB V variant is a pleasant steer. Whilst the 1.5-litre four-cylinder will not win many drag races, it offers a punchy 121 PS and 145 Nm - more than enough to get the City HB down the road, and far peppier than Yaris' 107 PS and 145 Nm.

Engine power is matched very well to the CVT-type automatic (Honda CVTs are amongst the best) providing smooth acceleration in traffic and zippy response when you need it, such as when climbing a hill or when overtaking. 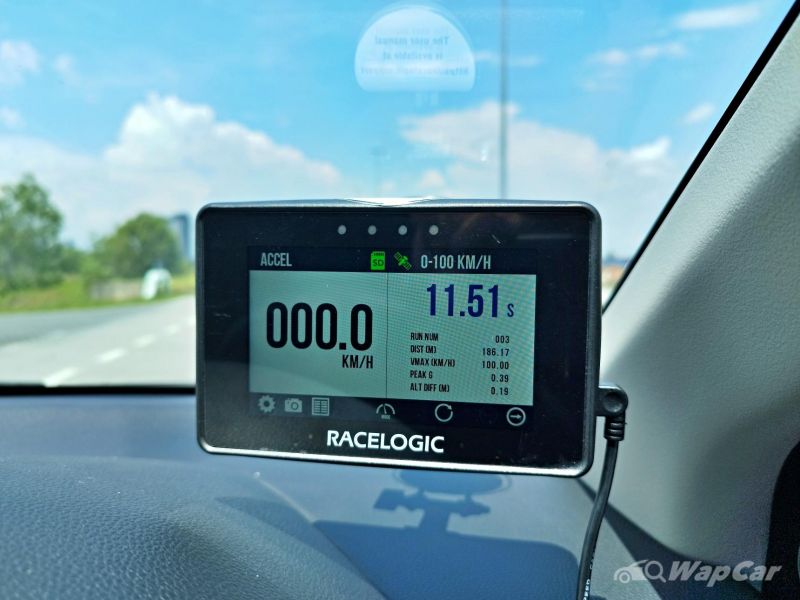 During our internal 0-100 km/h tests, the City HB V recorded a best time of 11.5 seconds. This beats the time set by the Toyota Yaris, at 14.0 seconds, although both cars are still beaten by the Perodua Myvi's 10.8 second century sprint.

On the road, it gets up to the speed limit very easily and for the most part, is composed and competent on the highway, save the aforementioned engine and tyre noise at speed. 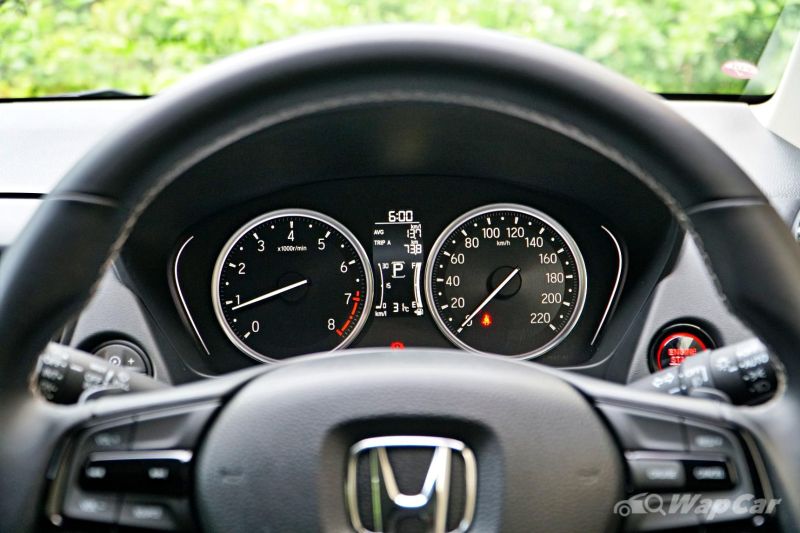 On the back roads leading to Janda Baik, I felt the steering isn't the most talkative, but rather quick, allowing for swift direction changes, whilst reasonably good body rigidity allows the City HB to track decently through a corner. 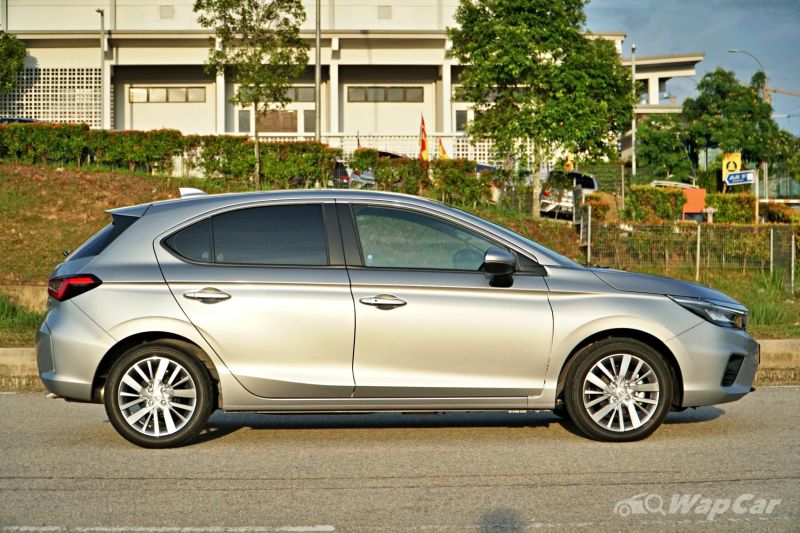 The brakes likewise are strong, albeit feeling a bit squishy in the first instances of pedal travel. 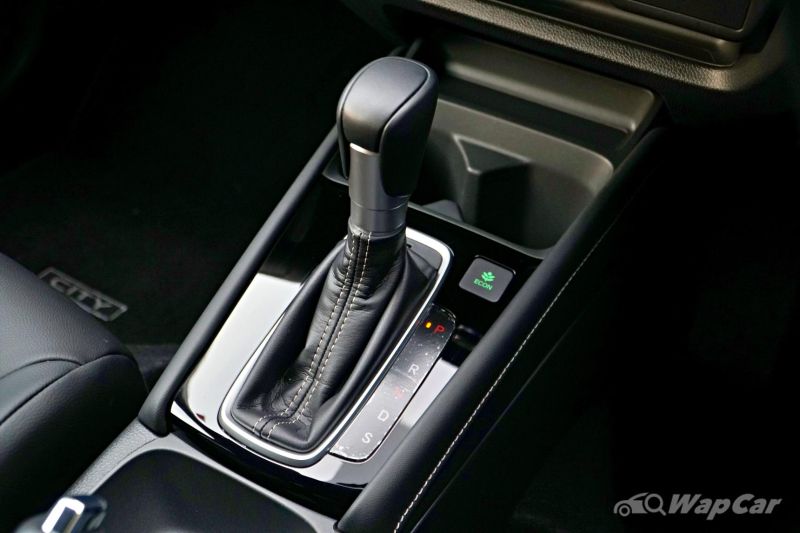 Though I appreciate the novelty of having the paddle shifters, there is a noticeable lag in response when shifting (in manual mode), thus I was much happier letting the CVT transmission just do its thing. 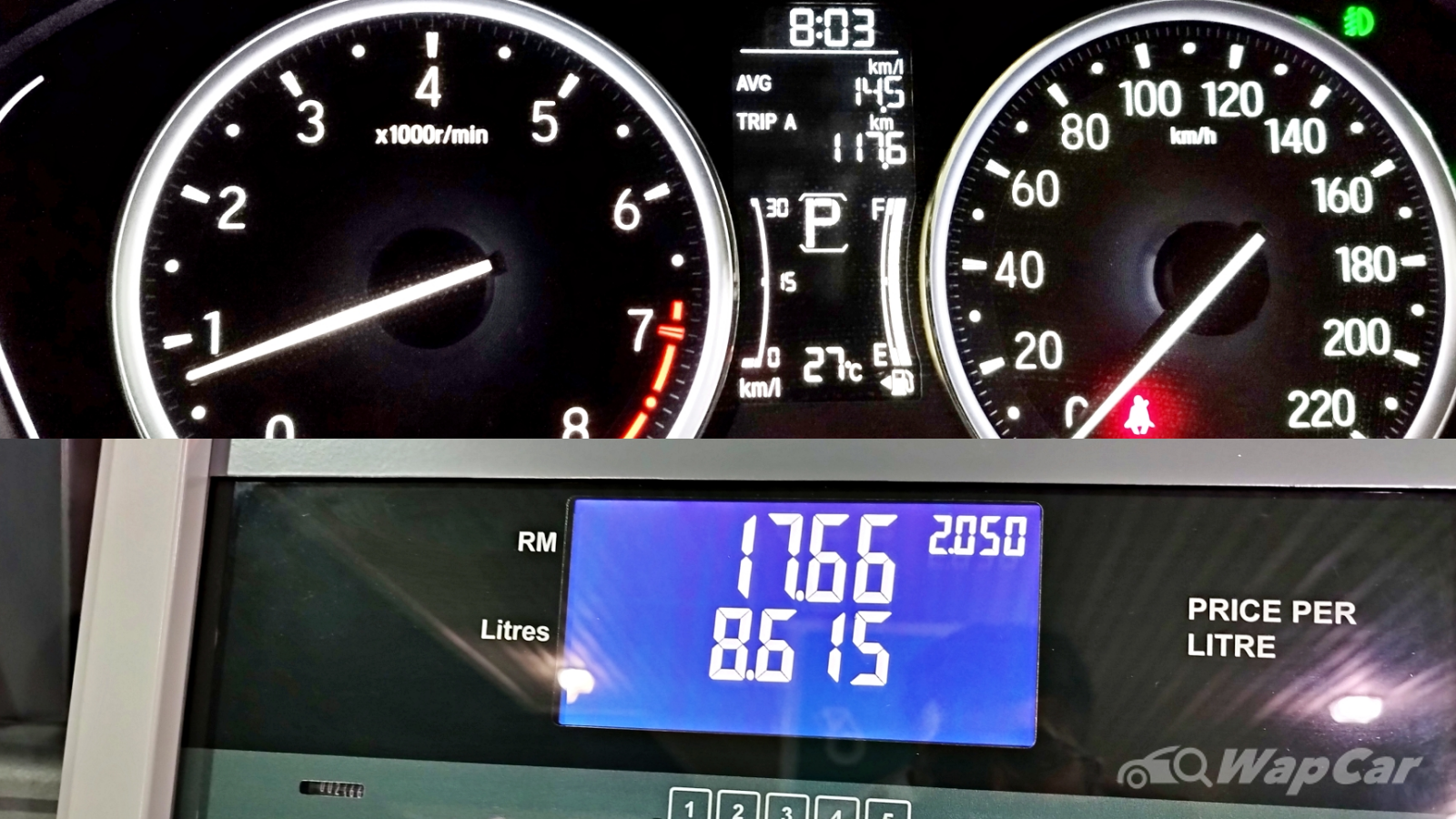 Given likely all City HBs will be driven around town, fuel economy is good.

The City HB V returned a fuel consumption figure of 7.3-litre/100 km with an equal split of city and highway driving. The trip computer displayed an average of 6.9-litre/100 km, which is a tad optimistic.

Perhaps the biggest question is... why do we still miss the (GK) Jazz. Well, to be clear, the City HB V variant is a competent all-rounder and objectively a very good car, but some of the appeal of the Jazz has been lost.

The previous generation GK Jazz, V variant especially, delivered on all the above, and then some. It felt like a high-quality product and delivered refinement, quality and overall execution on par with more expensive cars, for less.

The City HB V variant is still better equipped and safer than the Yaris, but at over RM 90k, it remains debatable if it does enough to justify its price tag. 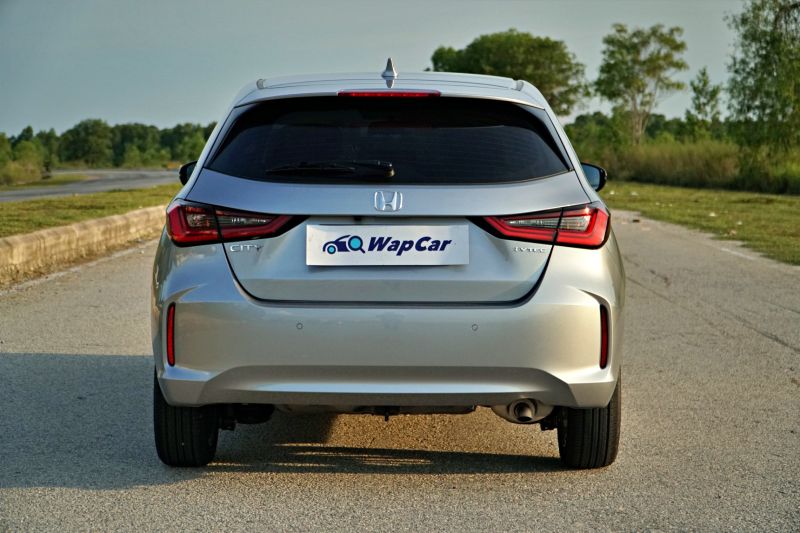 This brings me back to my pick of the range - the base model S variant, I would happily live with fewer features for RM 14k less, because it represents a better cost/value proposition overall.