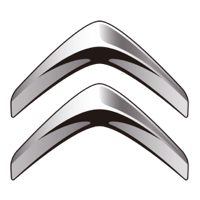 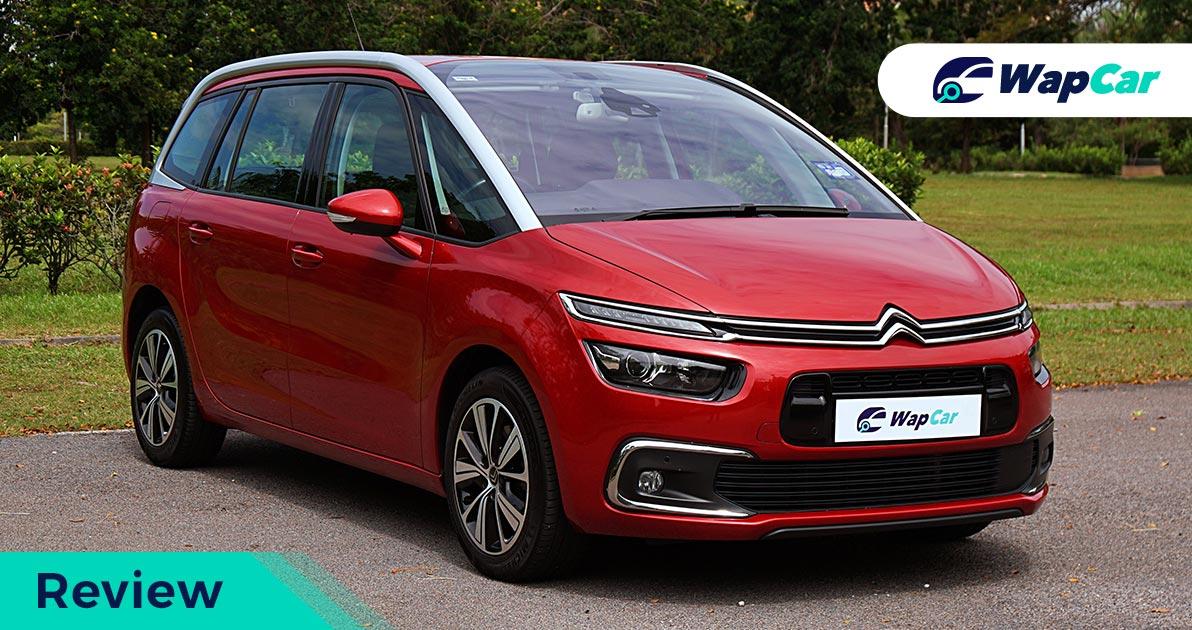 There are things in life that most people happen to overlook; it could be restaurants, movies or in this instance, cars. And sometimes if you take a closer look, they might pleasantly surprise you. Is the Citroen Grand C4 SpaceTourer one of them? In many ways, yes. Let's find out in this Citroen C4 SpaceTourer review. 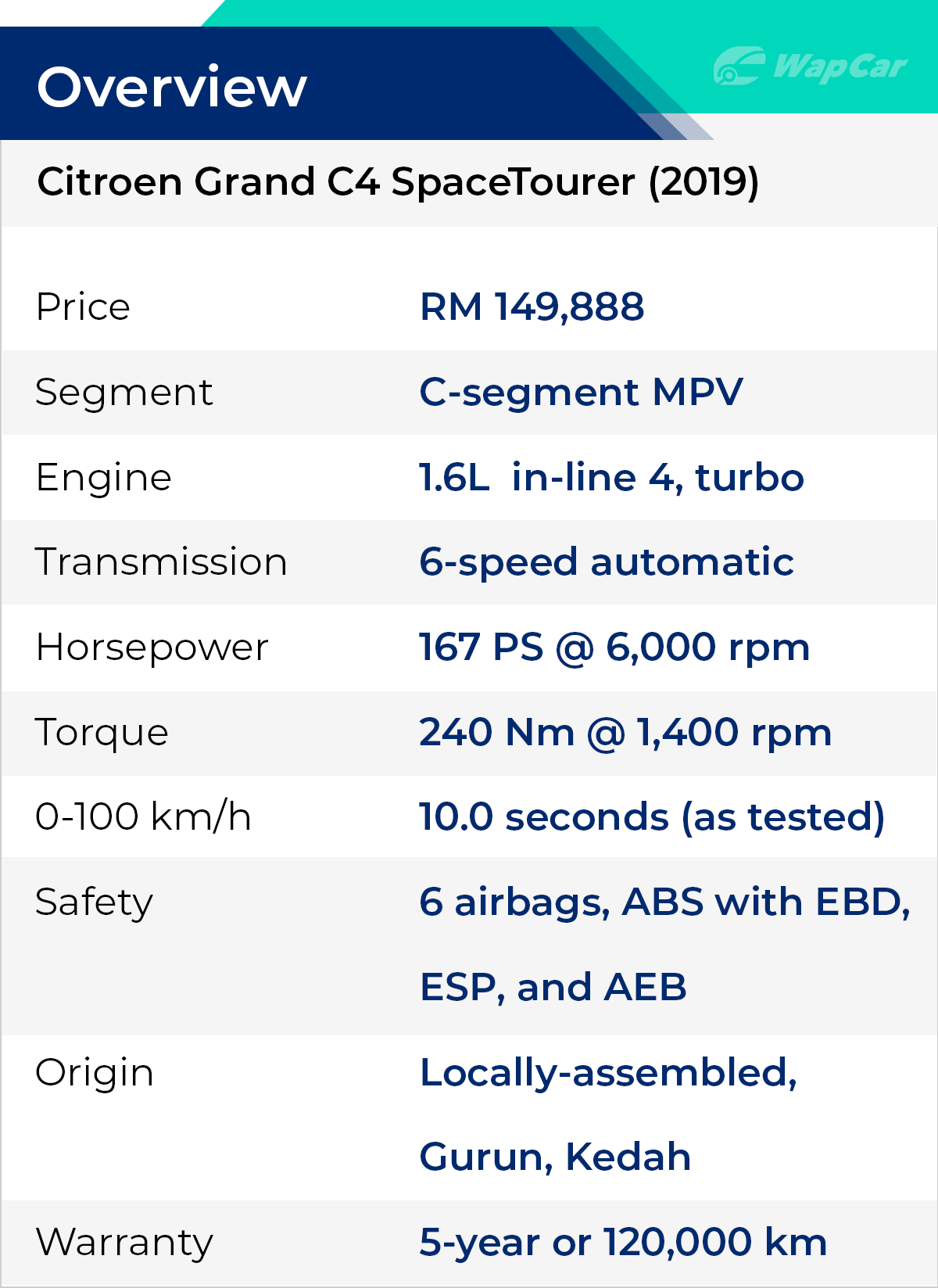 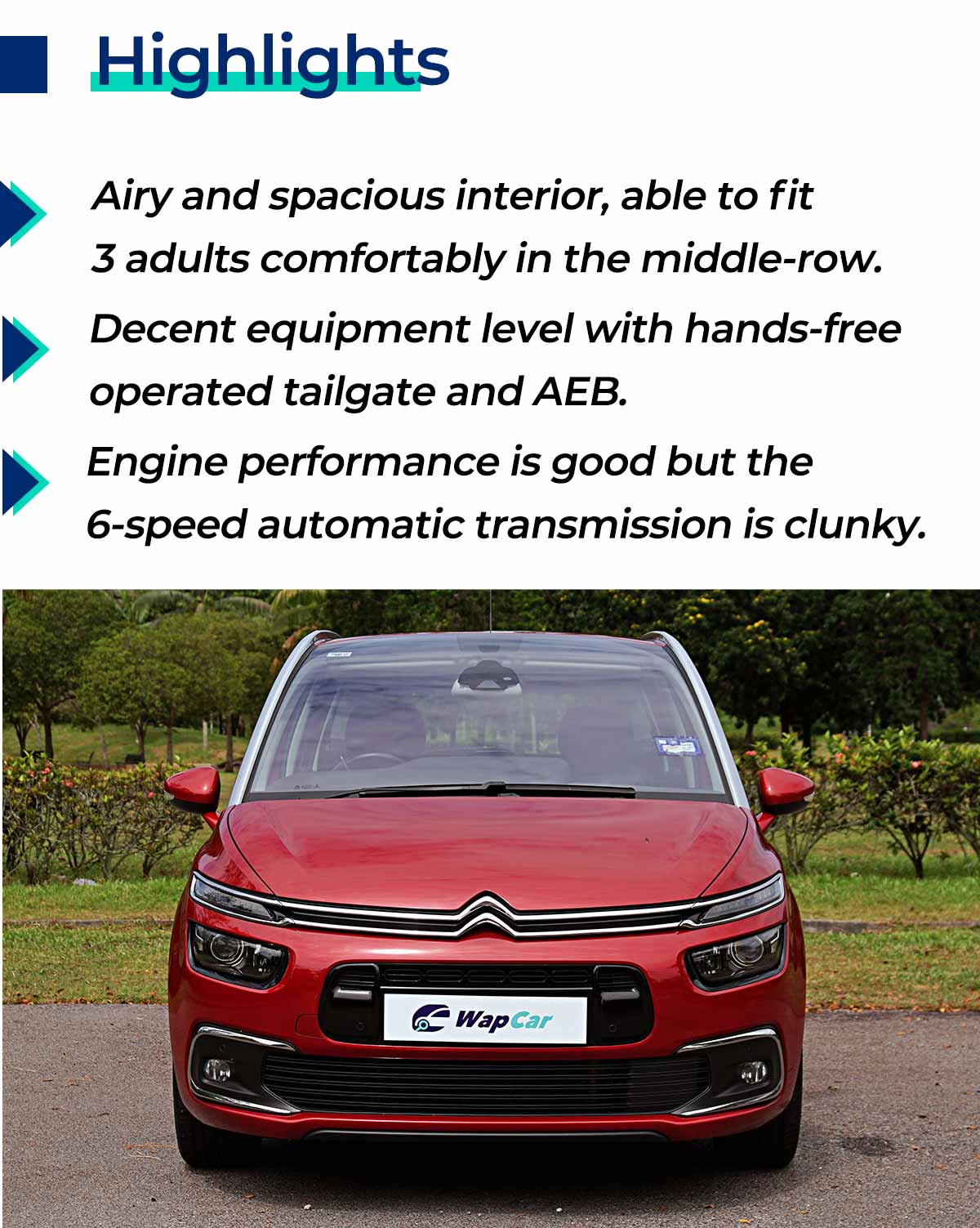 The Citroen C4 used to be called Picasso until 2018 when they renamed it to the SpaceTourer. On top of renaming the C4, Citroen has given it a boost in the safety department with the inclusion of Active City Brake, Speed Limit Recognition, and Driver Attention Alert. 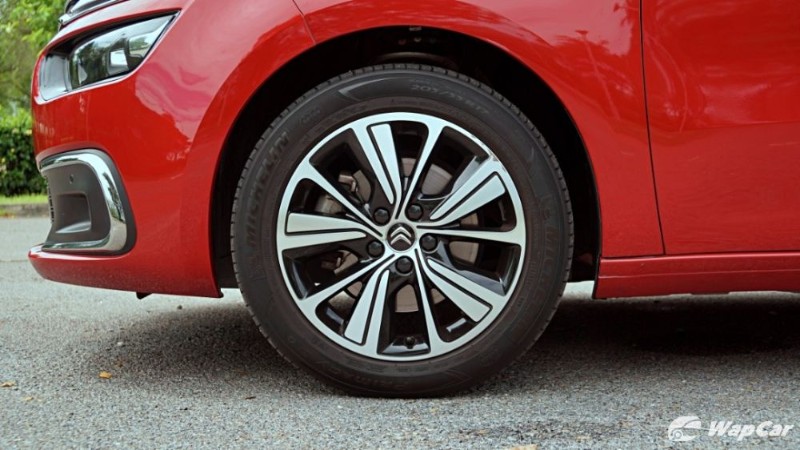 Other new additions include the hands-free operated tailgate and the infotainment system gains the support of Apple CarPlay/Android Auto with MirrorLink.

These features keep the 6-year old C4 up to date and should be taken into consideration if you're in the market for an MPV. 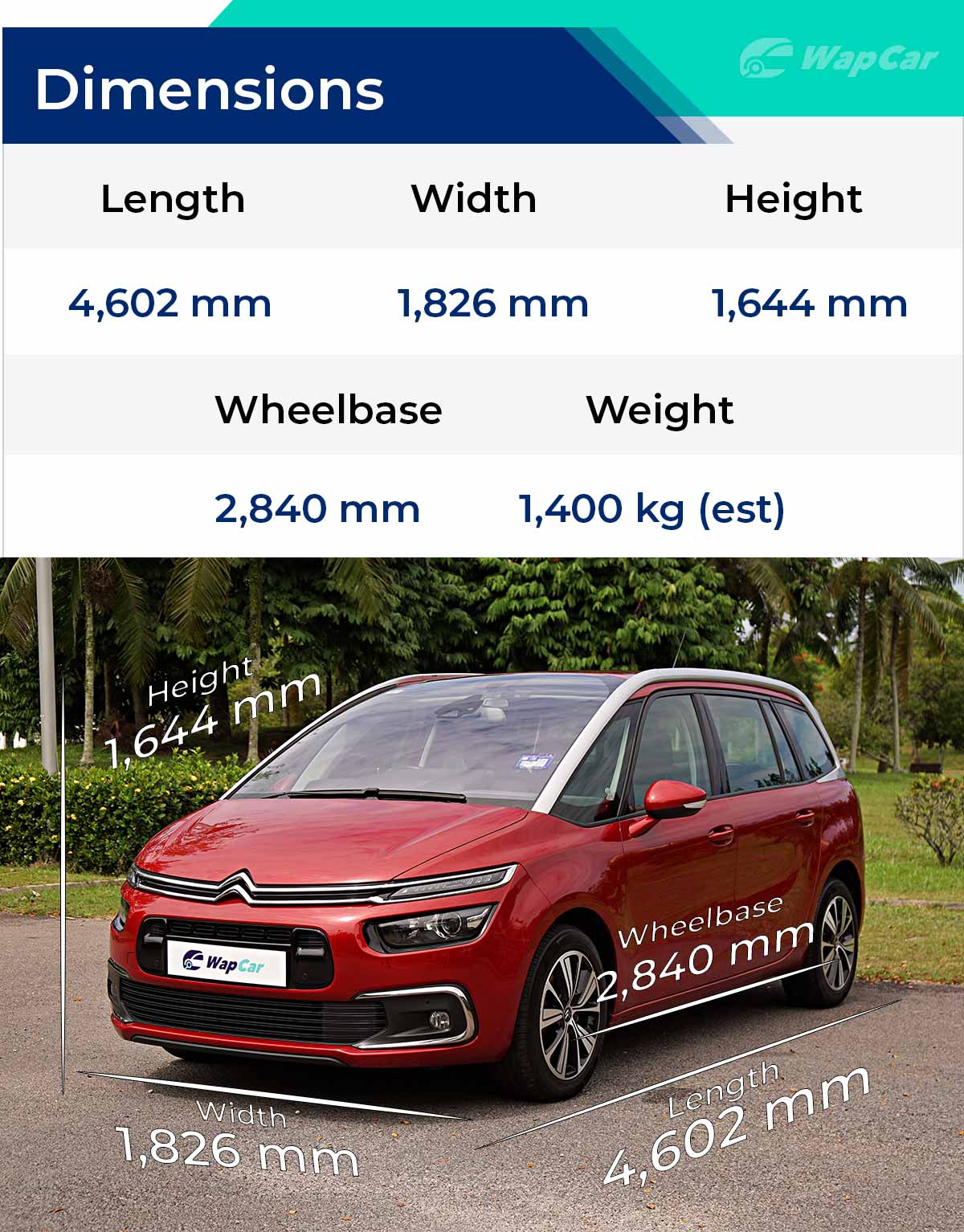 The French have always been known for their flair in design and the C4 SpaceTourer is no different. If you'd like to stand out in a supposedly dull MPV, the C4 is the way to go. Especially in this red colour.

Up front, the headlamps are Bi-Xenon items that swivels according to the steering input and it swivels rather quickly, almost with no delay at all. 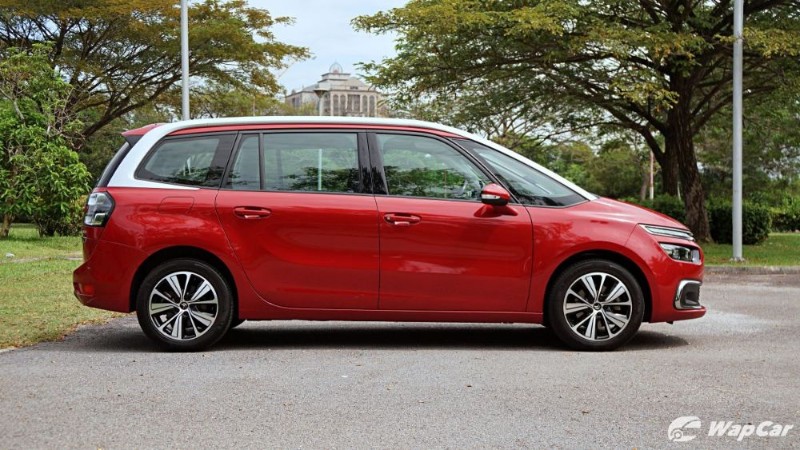 From the side, it looks larger than it actually is. Length wise, at 4,602 mm, it's shorter than both the Nissan Serena and Toyota Innova. 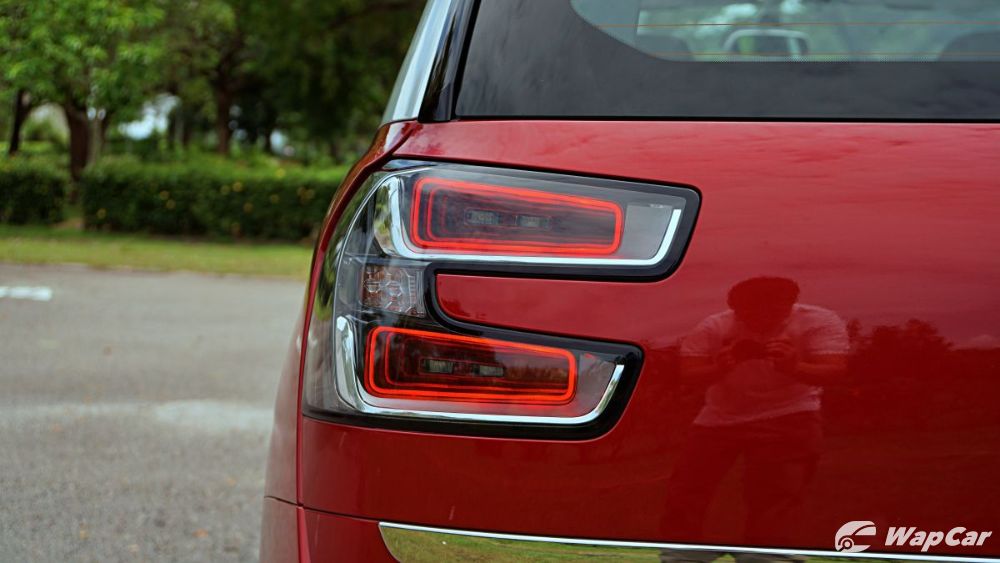 And at the back, Citroen calls it the 3D LED taillamps that is a bit like Lexus' infiniti tail lights. Looks pretty good at night.

As for exterior build quality and finish, the paint thickness averaged in the 110s μm and panel gaps deviated by no more than 1.0 mm from each side.

Inside, the cabin feels incredibly airy with the massive windscreen and generally large area of glass all-round. It's almost like you're driving in an aquarium. 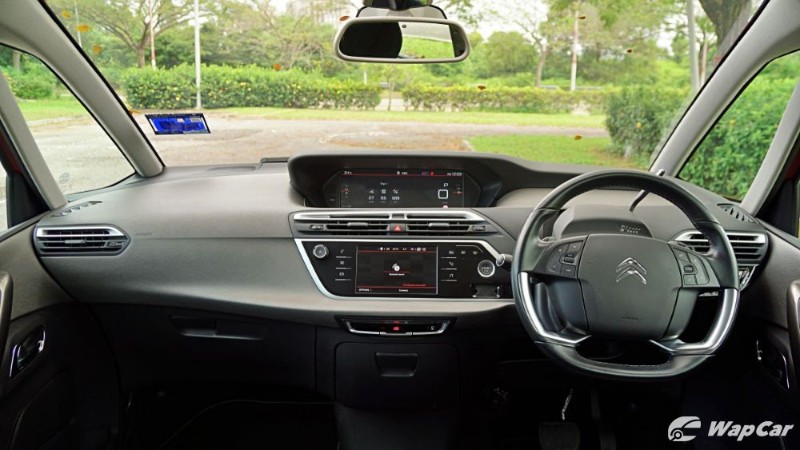 There's plenty of adjustment on the driver's seat and the steering wheel can be adjusted for height as well as reach, so drivers of any sizes should be able to get a comfortable driving position.

One unique feature of the C4 is the headrest, it provides lateral support and it works a treat when your head is rested on it, especially during traffic jams. 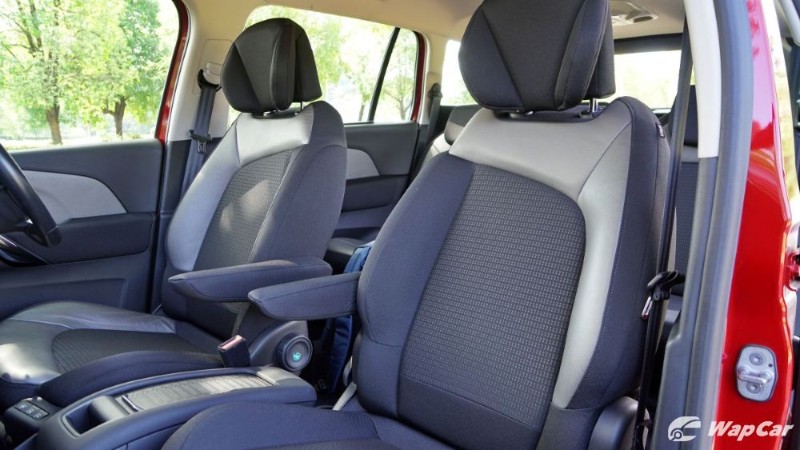 Storage spaces are aplenty; there's a useful card holder below the driver's side air vent, an opening underneath the infotainment screen that houses the 12V socket, USB port and auxiliary input, and a large removable centre cubby space. Like any right-hand drive French car, the glove box is compromised by the fuse box. 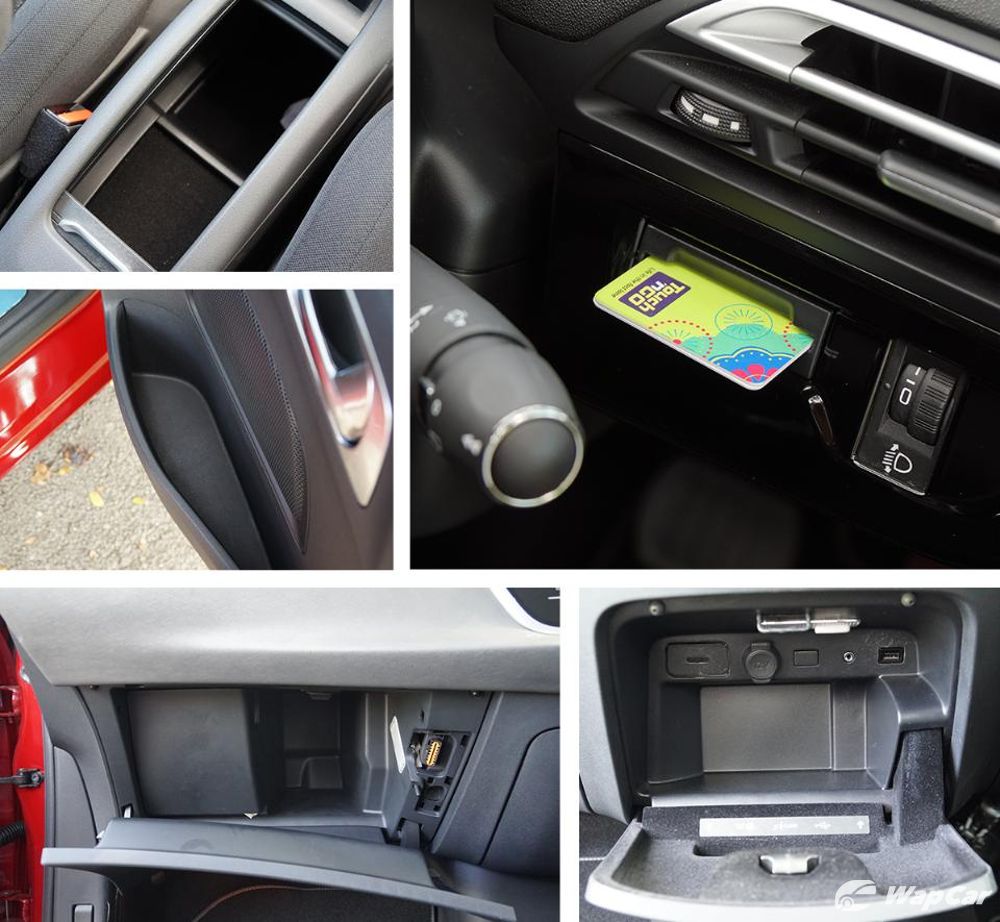 The middle row has 3 individual seats and each seat has an Isofix mounting so in theory, you can mount 2 child seats and still be able to sit in the same row. 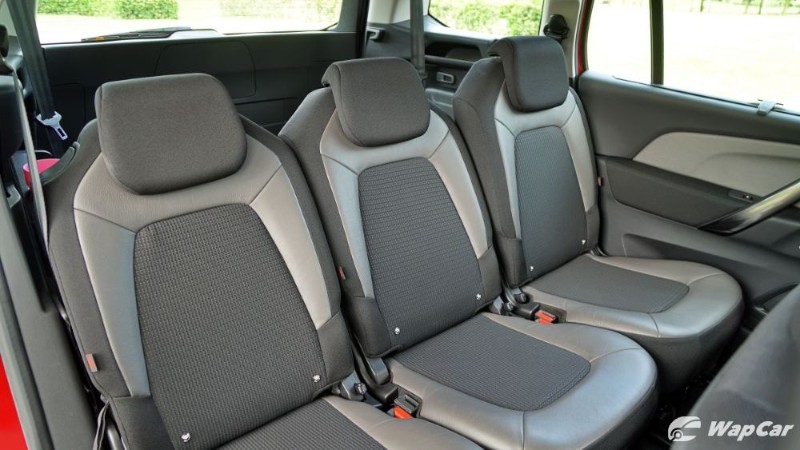 With all the seats up, the boot space is rather decent and with the third-row seats down, it's a generous 632 litres of space. Plus, the seats fold completely flat and the boot floor height is low with no load lip to lift your items over. 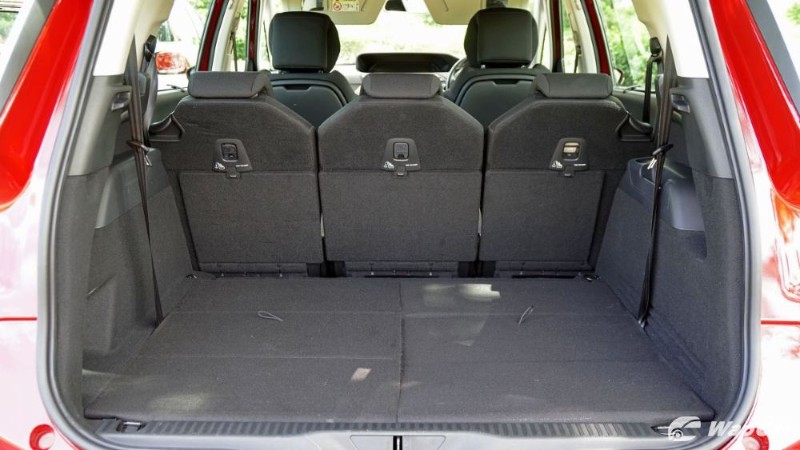 As for the infotainment system, the Apple CarPlay/Android Auto integration isn't the best. The touch response is rather slow and is unreactive at times. The Arkamys 6-speaker set up sounds crisp but lacks scale and bass depth. 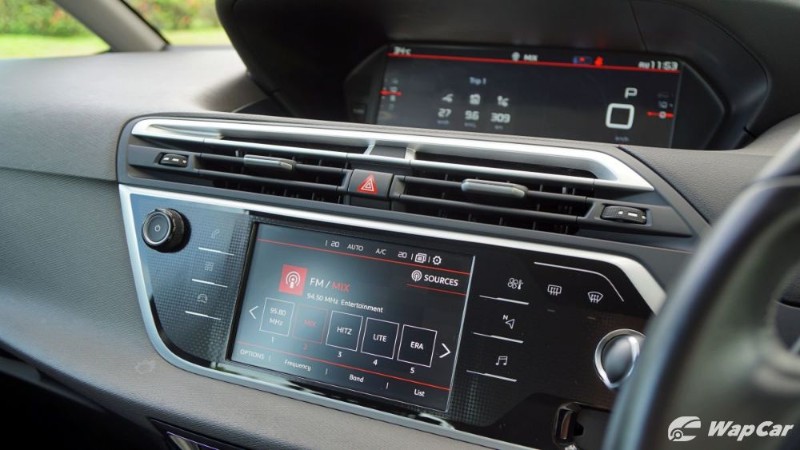 Overall material quality is good with a nice texture on the dashboard and the plastics used feels decent. The interior is well put together and there's no strange noises from anywhere, which gets a tick in build quality.

All the controls are light; the steering wheel, pedals, and the steering column mounted gear lever. The electronic parking brake engages and disengages automatically, although the execution isn't very smooth. To get around it, you'd have to manually disengage the parking brake before setting off. 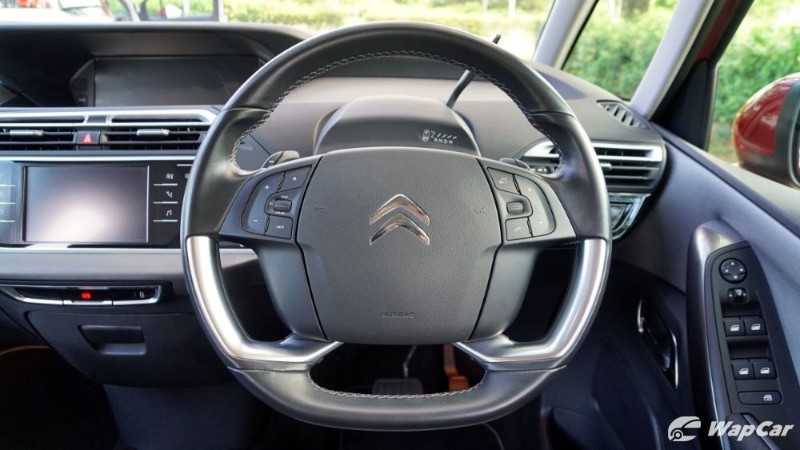 The throttle response is one of the slowest of any car today, the first half an inch or so of pedal travel does almost nothing to the engine. And there are no driving modes to sharpen the response. But the upside is that it's easier for drivers to control and be smooth. 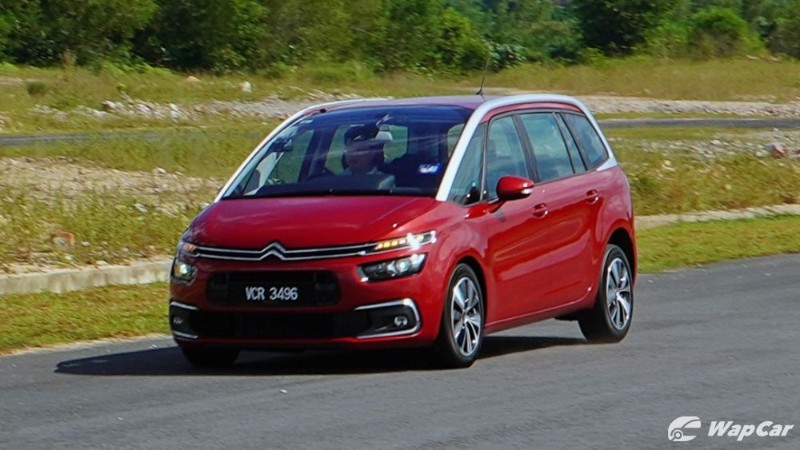 On the move, the turbocharged 1.6-litre engine provides good low-end torque. And it doesn't run out of puff at higher rpm, prod the throttle and it accelerates at a respectable pace. Overtaking slower vehicles even with passengers on board will not be an issue.

The weakling of the powertrain is the 6-speed automatic transmission. It feels clunky and the shift logic isn't very intuitive as it hunts for the right gear at times. And when the car is coming to a stop, the downshifts can be felt. It's just not a well calibrated transmission. 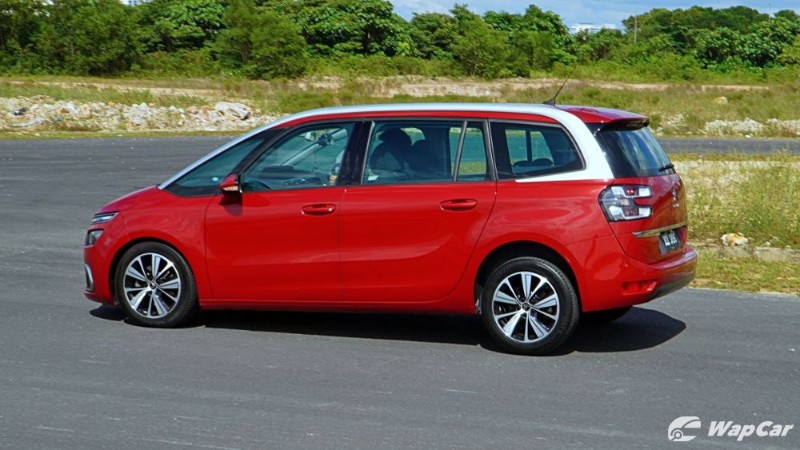 MPVs are never about handling, though it should be said that the C4 handles surprisingly well. It's no Renault Megane or anything close, but the C4 handles tidily around the corners and on high speed bends. So you don't have to be afraid of the twisty bits in one of these. The same can't be said about the Nissan Serena. 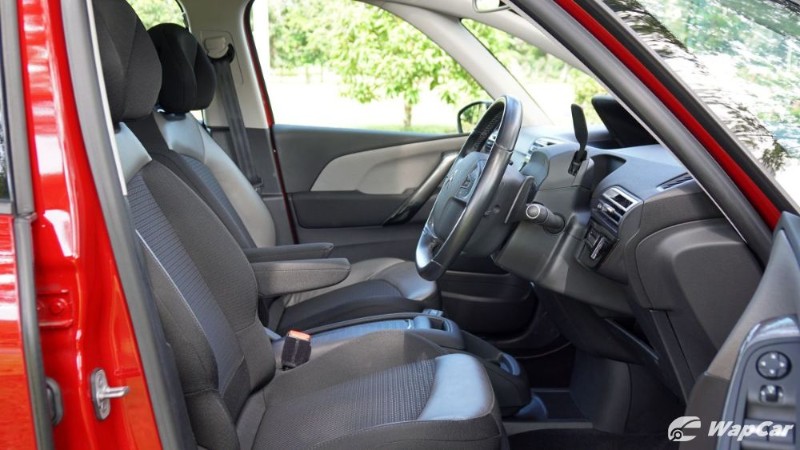 The suspension threads on the middle ground where it is neither too soft nor firm, offering a good balance. Sharp edges on the road can be felt, but not intrusively so and it actually does a better job than the Serena. Once up to speed, it flows along nicely with any road undulations.

Which makes this a good long-distance companion. The front seats offer decent thigh, lumbar, and side support. The armrest is ideal for the relaxed quarter to three steering position. 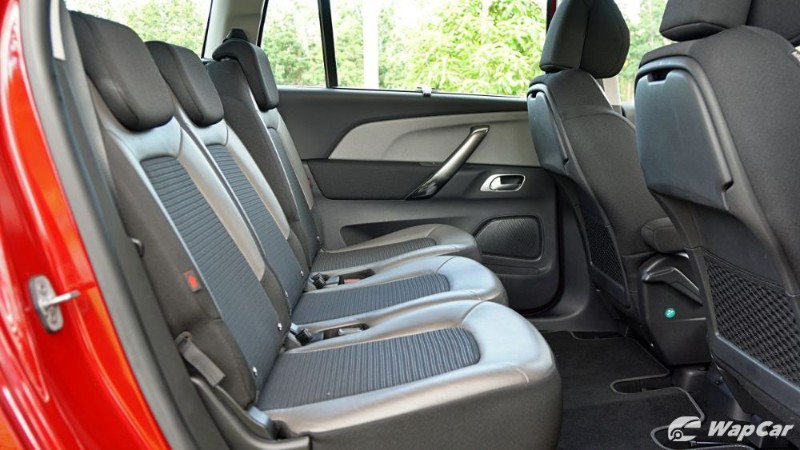 The middle row seats can comfortably fit 3 adults abreast due to the individual seats and the completely flat floor, but the bench lacks thigh support. While it lacks air vents in the middle, there are air vents on each side of the B-pillar.

Over to the third-row seats, adults will not be comfortable as headroom is limited, although there's one tennis ball of kneeroom with the middle row seats in its most forward position. Kids however, should be fine.

Another point that makes the C4 a good long-distance cruiser is its cabin insulation. The windshield is acoustically treated and the overall noise level is low, even at triple-digit speeds. Which reflects on the sound level meter, at 110km/h, it recorded an average of 67 dB. 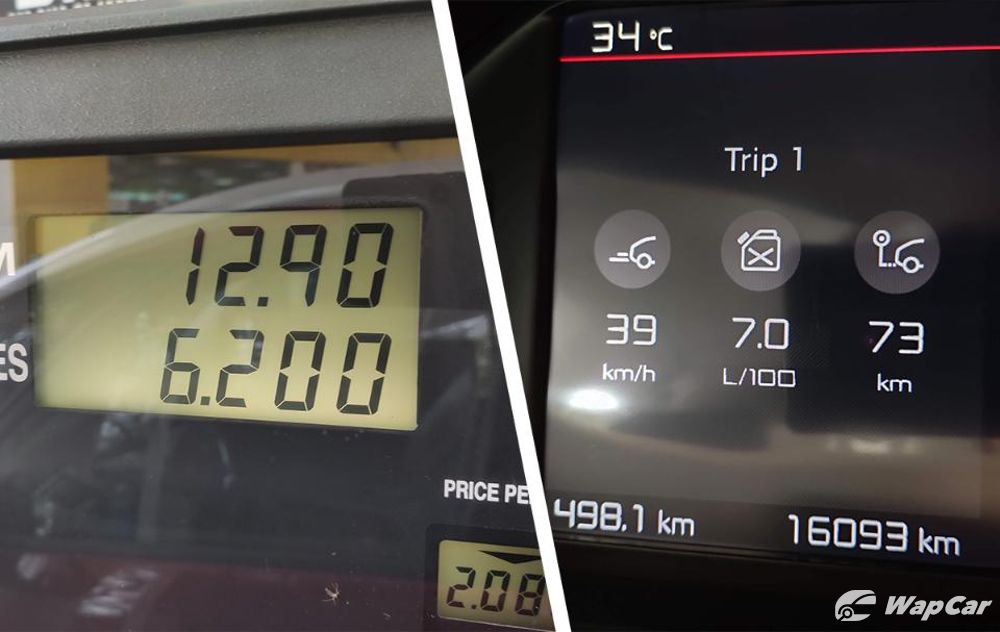 In mixed conditions of highway cruising and navigating around town through congestion and traffic lights, the C4 SpaceTourer returned a calculated average of 8.5L/100 km. Although the trip computer displayed 7.0L/100 km.

Do note however, that there was only one driver during the fuel consumption test and it could go up if there are more passengers on board. 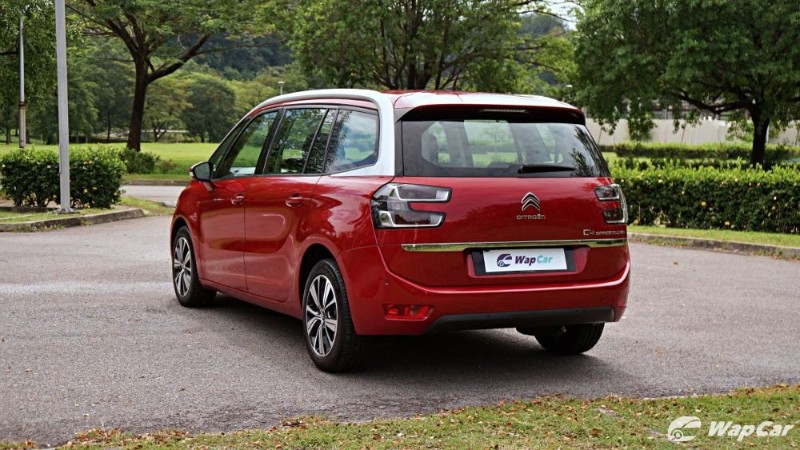 The Citroen Grand C4 SpaceTourer remains a left field choice among buyers looking to buy an MPV. Yes, it has all the quirkiness we've come to expect from a French car but most of them aren't deal breakers. For the price and features you're getting, it's well worth considering. 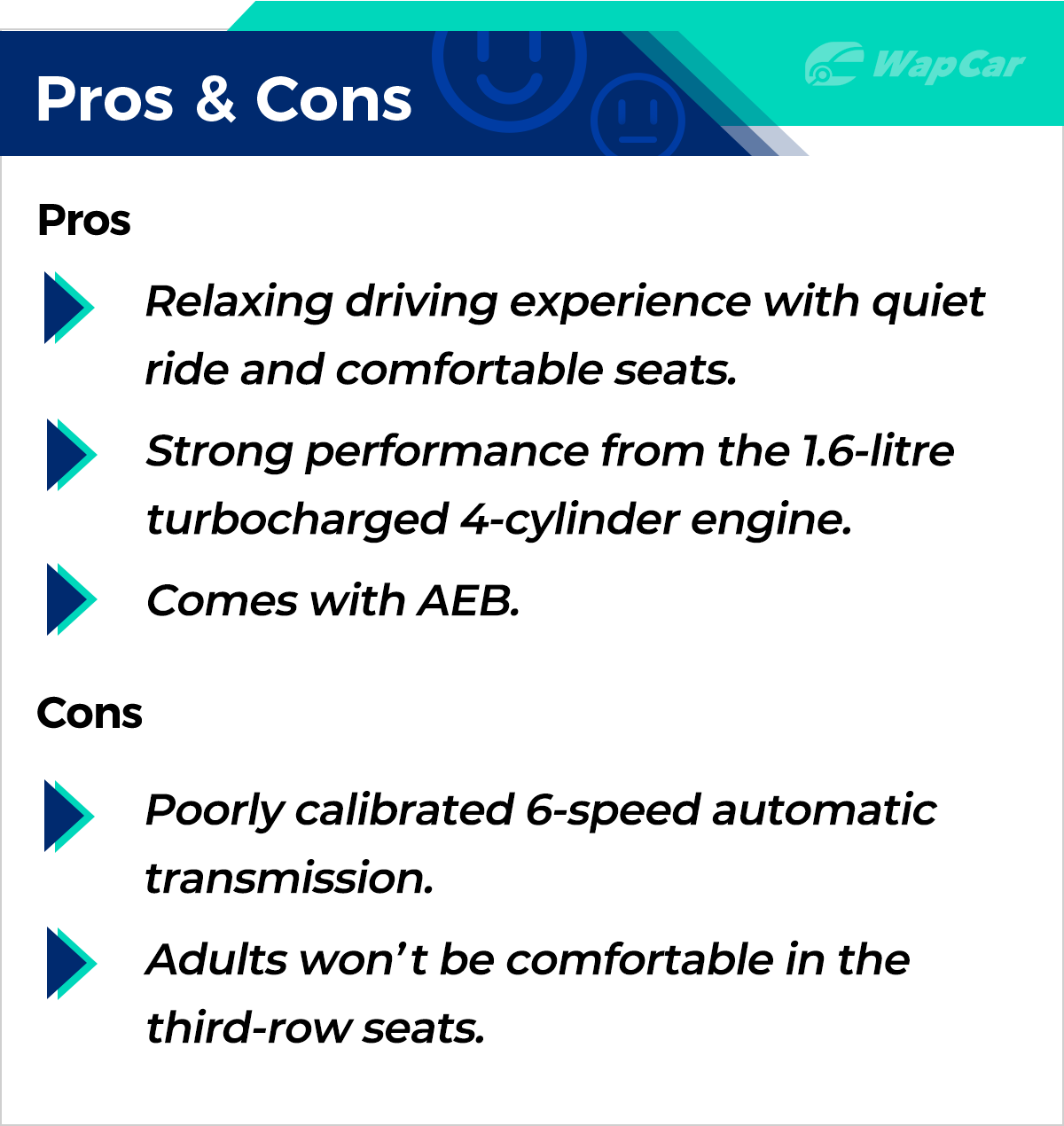 Compared to the Nissan Serena, the C4 SpaceTourer has better performance, ride and handles marginally better, and more importantly, it features AEB.

The Serena on the other hand, is the king of practicality with its sliding rear doors and tall, bread van like body. And it has an efficient hybrid powertrain. Combine those with a lower retail price and wider dealer network in Malaysia, it makes a very compelling case against the C4 SpaceTourer. 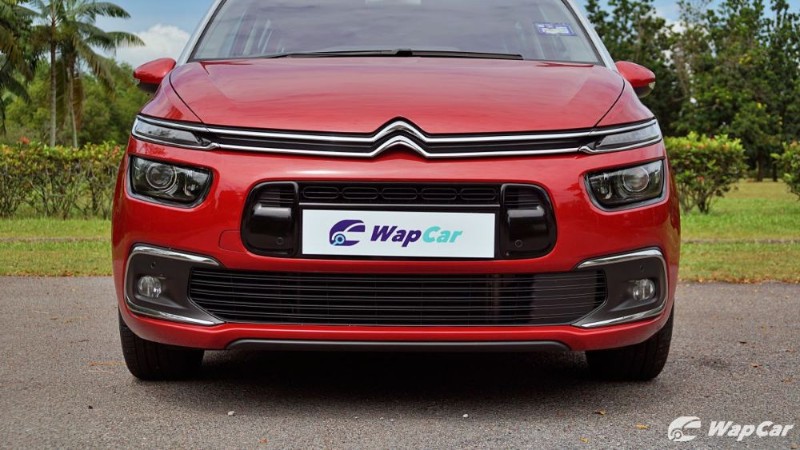 Though if you're not the type who conforms to the mainstream and like to be different despite having a large family, then the C4 SpaceTourer should be right up your alley. After reading this Citroen C4 SpaceTourer review, you will know that it does everything an MPV should and does it with flair. 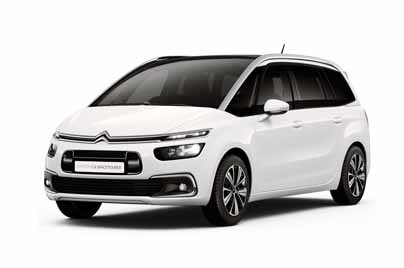