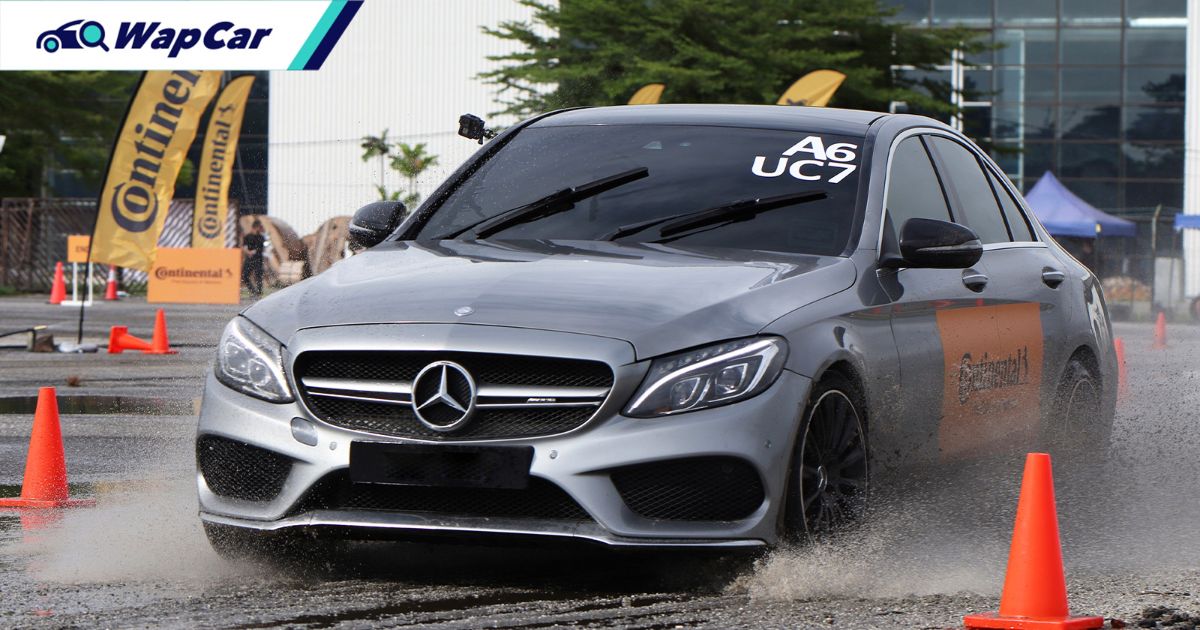 There’s a common perception that tyres are all the same – after all, they’re just four rubber donuts at each corner of the car. But this couldn’t be farther from the truth. Tyres are a major determining factor in how safe, precise, fuel-efficient and refined a car is on the open roads. 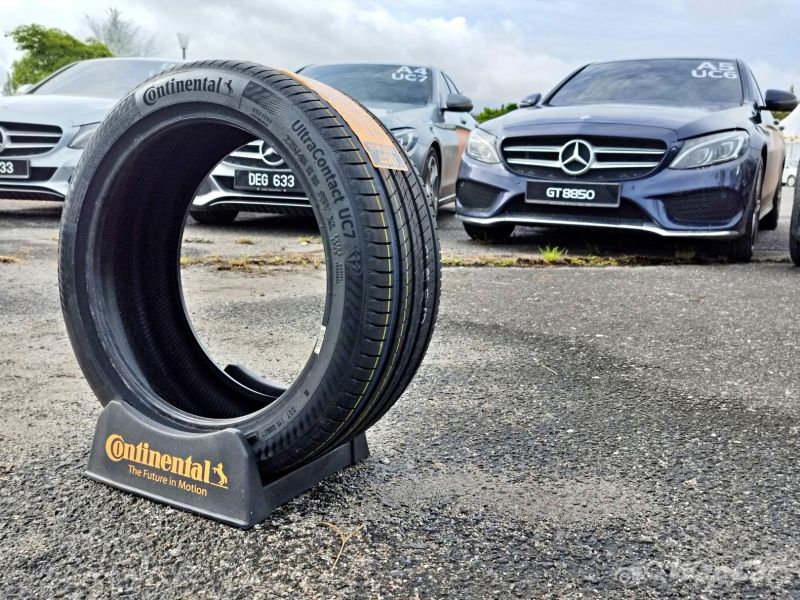 Also note, creating tyres that are focussed on just one performance criteria – such as track or off-road competition tyres – is easier than creating a tyre that must do it all, and still be reasonably priced. But, that’s exactly what Continental has achieved with the Continental UltraContact UC7.

In understanding constantly evolving customer needs Continental Tyre Malaysia has introduced the first of its Generation 7 tyres, the Continental UltraContact UC7 - an all-round touring tyre that prioritizes safety, with an emphasis on noise comfort, driving performance and steadfast durability.

Building from its predecessor, the UltraContact UC6 (launched in 2016), the UltraContact UC7 achieves significant improvements in wet grip, fuel efficiency, braking, and handling performance courtesy of three new technologies, with the acronym D.N.A, these are: 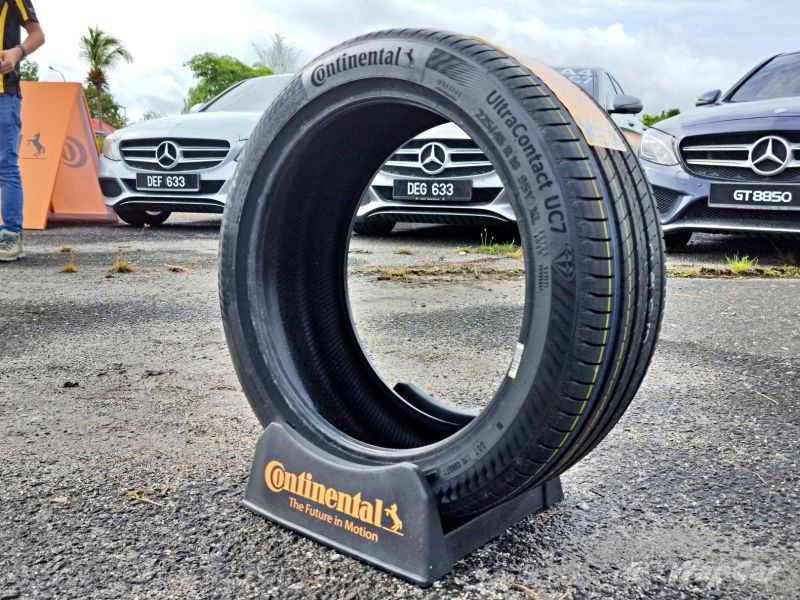 The UltraContact UC7’s Diamond Compound formulation enhances the transformation of kinetic energy into heat, thus the tyre is able to absorb road impacts better, and also results in shorter braking distances even on wet roads. 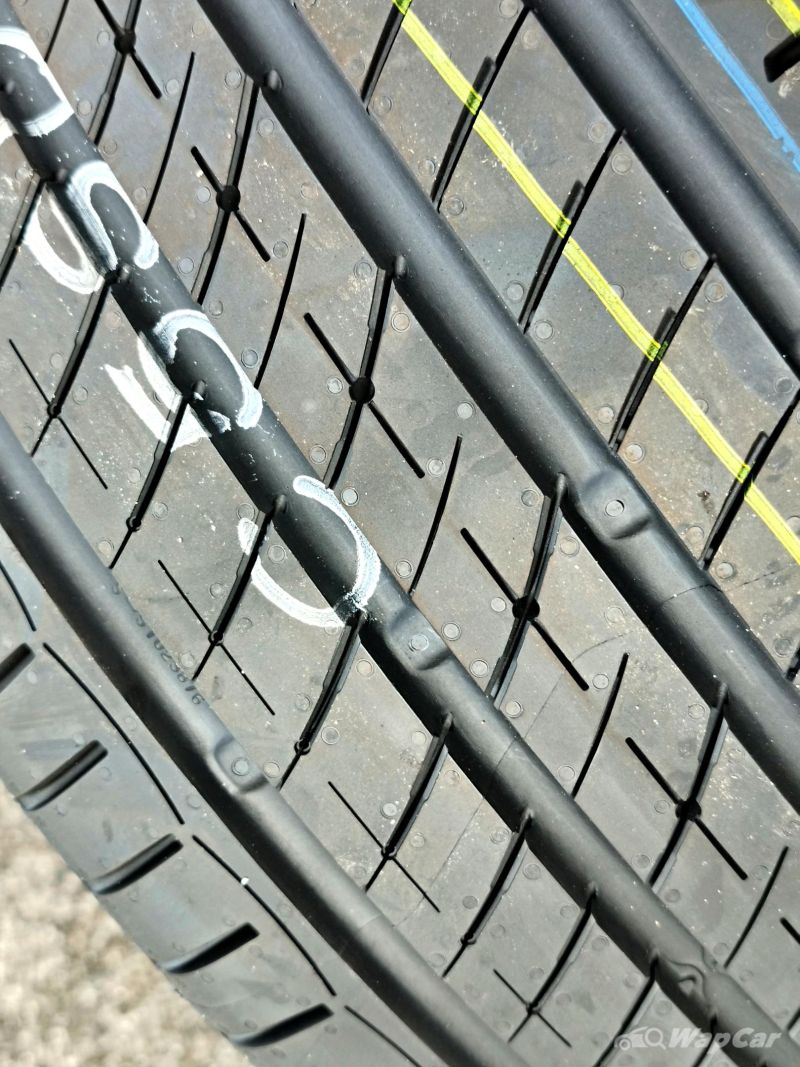 According to Continental’s internal testing, the UC7 will go strong for 40,000 km if cared for properly. This is attributed to Diamond Compound and improved tread blocks (thicker by 12 percent, depending on model) over the UltraContact UC6.

Tyre noise is generated when thread blocks and edges impact the road, these create sound waves under and around the tyre. 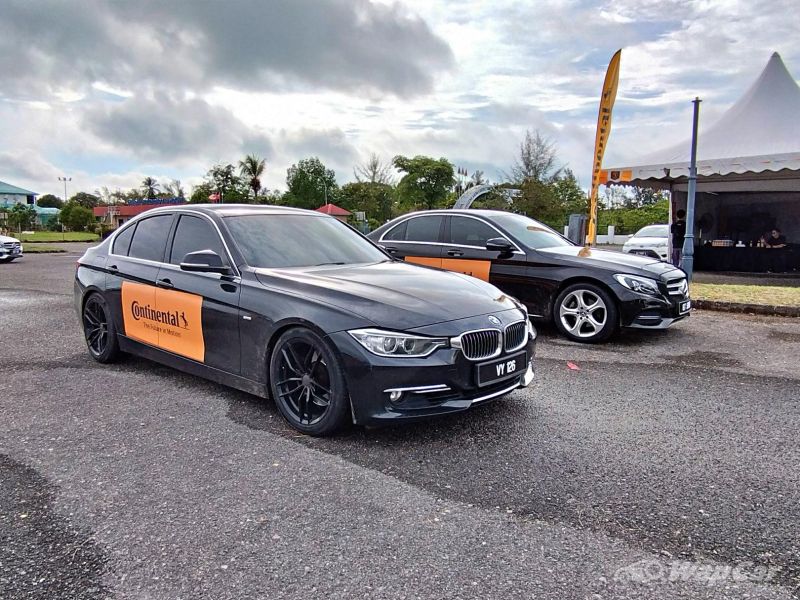 To reduce this, the UltracContact UC7’s Noise Breaker 3.0 works to disrupt these sound waves, as they travel through the tyre grooves. The unique design of these grooves break down large soundwaves into smaller waves, thereby reducing noise from building up around the tyre and travelling into the cabin of the car. 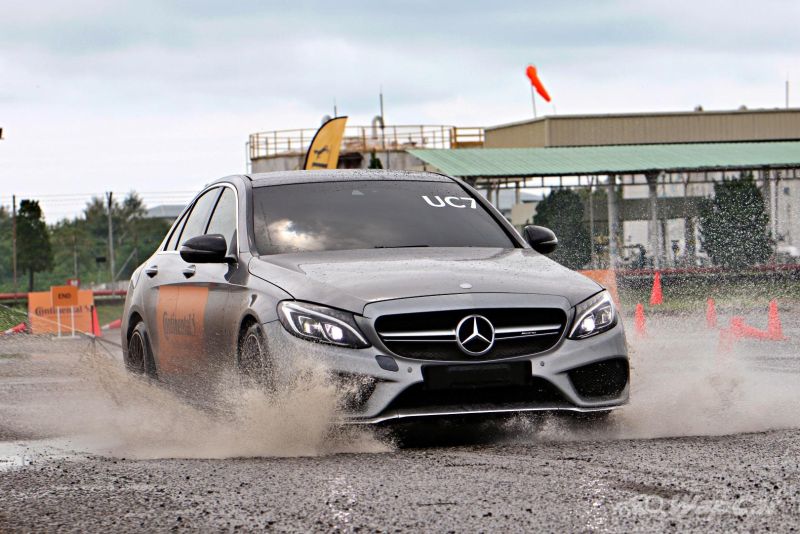 The uniquely designed surface sipes at the centre of the tyre pattern efficiently evacuate to the larger central grooves of the tyres, preventing the buildup of water that causes hydroplaning.

Separately the central grooves of the UC7 feature 'Flow X-celerators' which are narrow longitudinal grooves designed to accelerate water flow through the groove, improving surface contact between rubber and road. 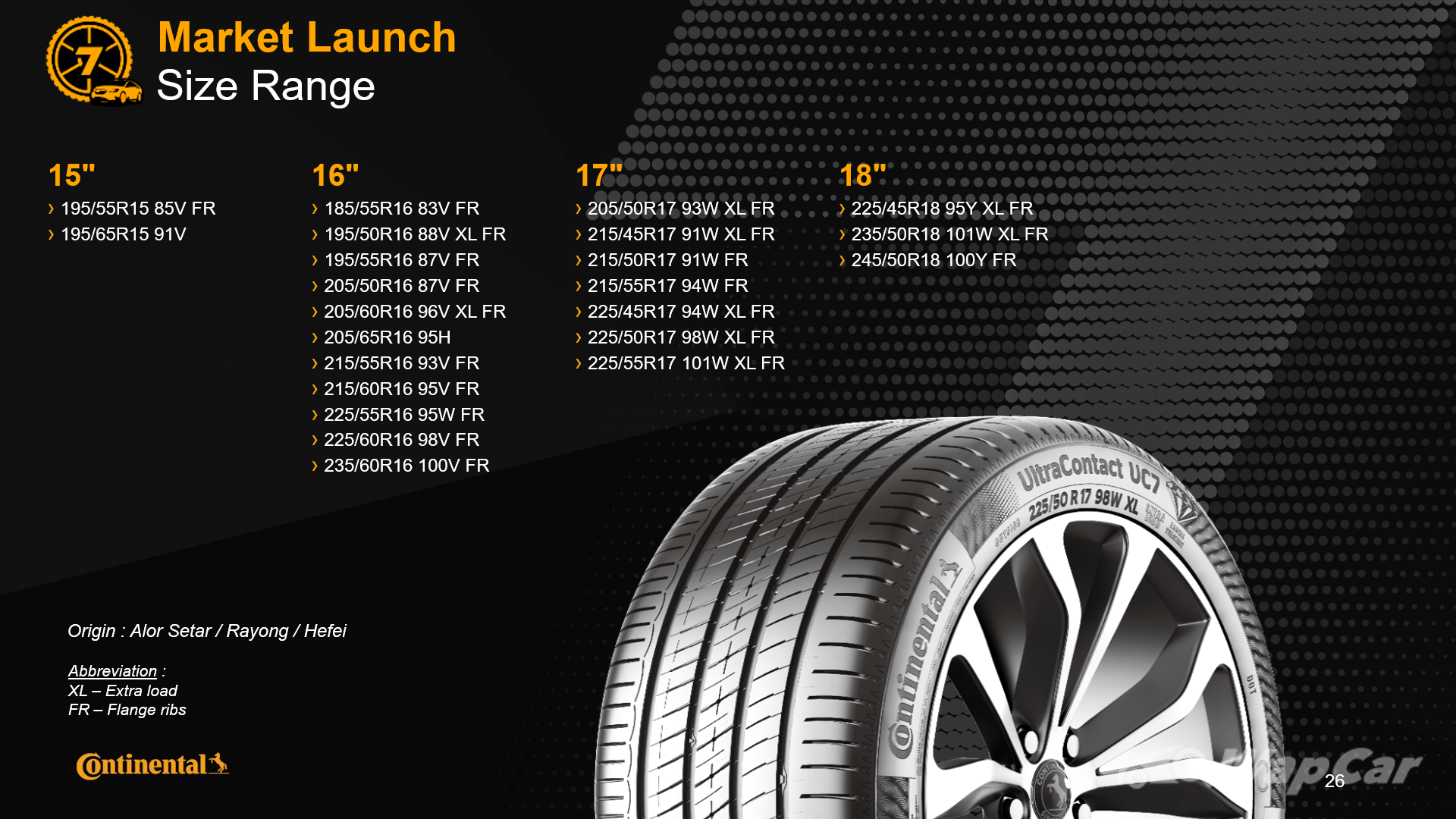 The Continental UltraContact UC7 is produced locally (in Alor Setar) and specifically designed for ASEAN driving conditions and weather. The UC7 is offered in a variety of sizes ranging between 15- to 18-inch in diameter and caters for many popular sedan, SUV and MPV models that are sold in Malaysia.

Given its size range, the UltraContact UC7 will fit models ranging from the Toyota Vios, Honda HR-V to larger D-Segment sedans such as the Honda Accord and even large MPVs such as the Toyota Alphard. 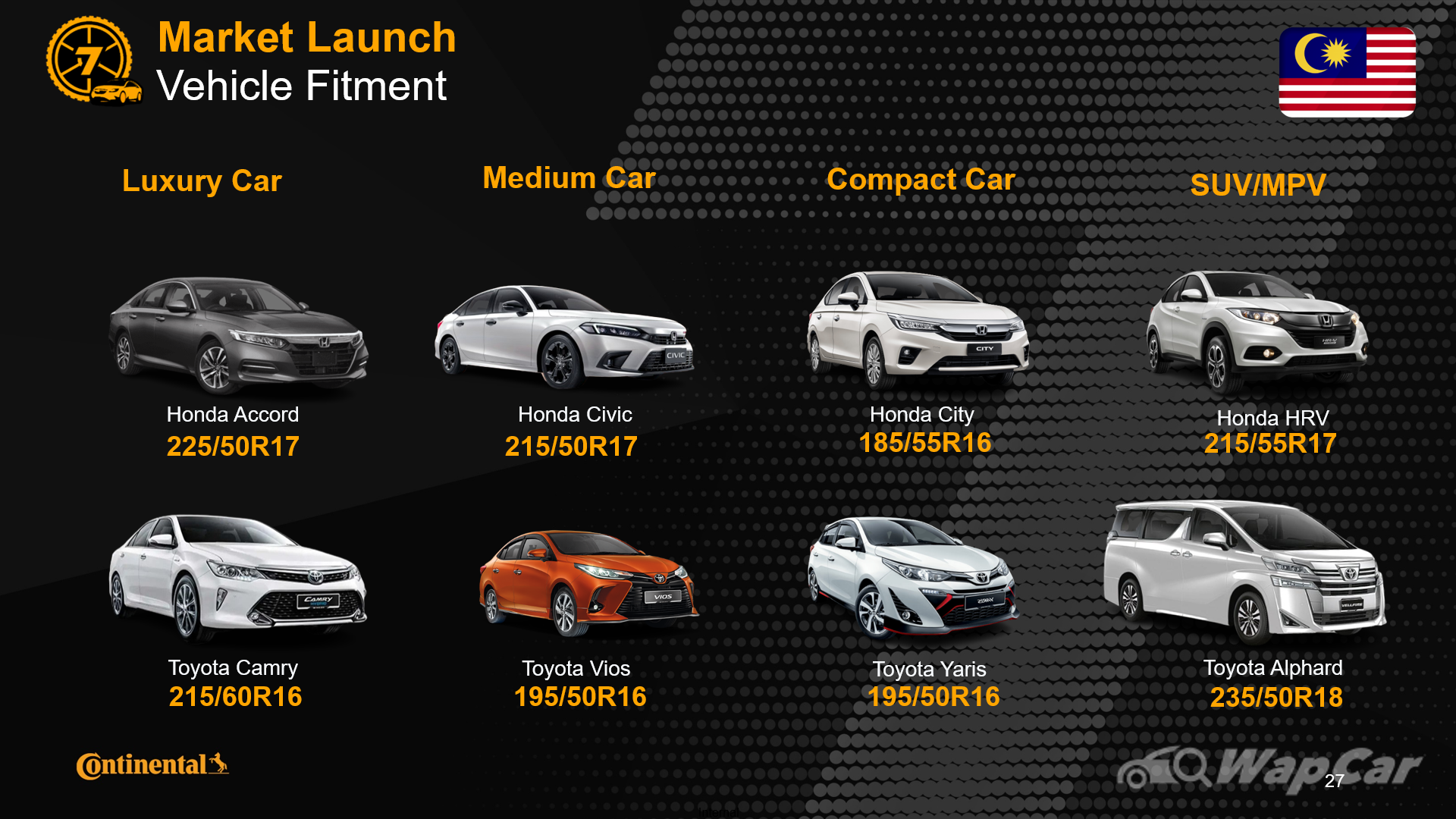 In terms of competitors, the UltraContact UC7 goes up against other touring tyres such as the Michelin Primacy 4, Goodyear Assurance Triplemax 2, and Pirelli Cinturato P7.

Perhaps most important, prices of the UltraContact UC7 range between RM 245.00 and RM 630.00 per piece, depending on size and specification.

How does it perform on the road?

To get to grips with UltraContact UC7, Continental organised a test session split between road course and a controlled test course - aimed at testing the UC7’s traction, stability and braking performance and overall refinement. 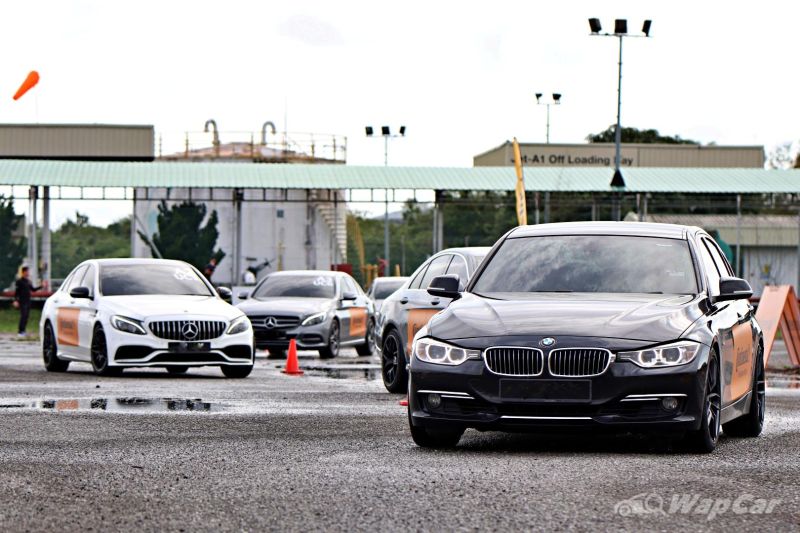 Keeping other factors as controlled as possible, we would be driving the W205 Mercedes-Benz C-Class, in either C200 or C250 guises. Plus, we would get to benchmark the UC7 against the older UC6.

The road course was up first. Jumping from the UC6 to the UC7 – there was an instant and perceptible reduction in tyre noise whilst on the move, from low speeds right up to 90 to 110 km/h range. 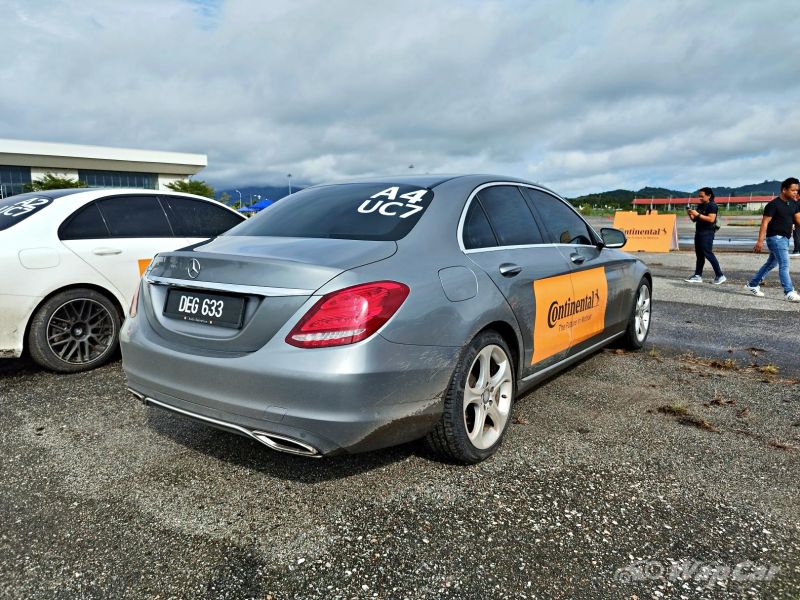 There is a distinct reduction in low-speed drone with the UC7 and a real sense that the tyres have a soft elasticity to absorb the roughness of the road. Even on rougher concrete roads, the UC7 manages a nice comfortable ride and contains tyre roar pleasantly well.

Heading for the hills, the UC7 performs surprisingly well on tight B-roads. Straight-line stability is superb, the tyre resists ‘tramlining’ very well and perhaps most impressive is the grip in the corners. 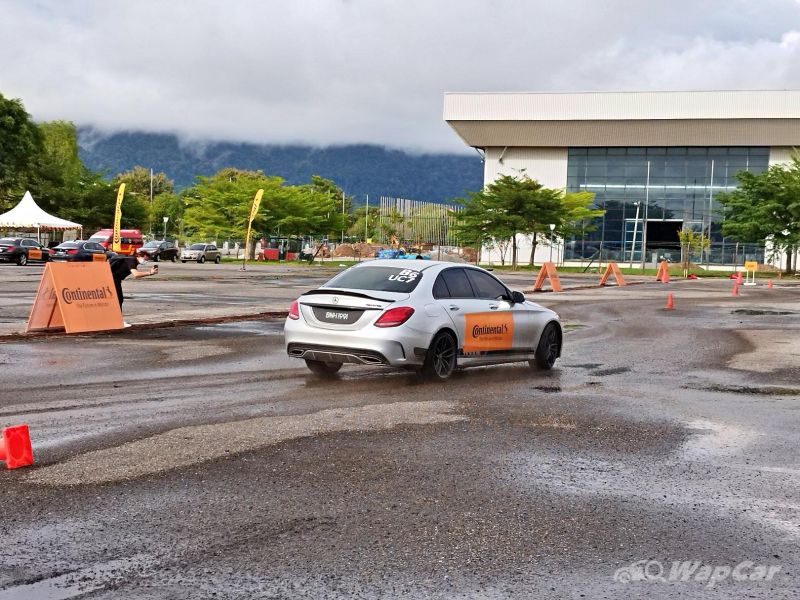 The UC7 proves to be very predictable and potent, especially when riding on the inner and outer tread shoulder, typically where touring tyres start to give up when pushed hard. This translates into great driver confidence during entry and mid-corner. Something I did not quite expect.

Taking on the closed course, the media were given multiple runs in both the UC6 and UC7 across a few exercises such as wet/dry slalom, and wet/dry braking as well as a high-speed lane change to put the UC7 through its paces. 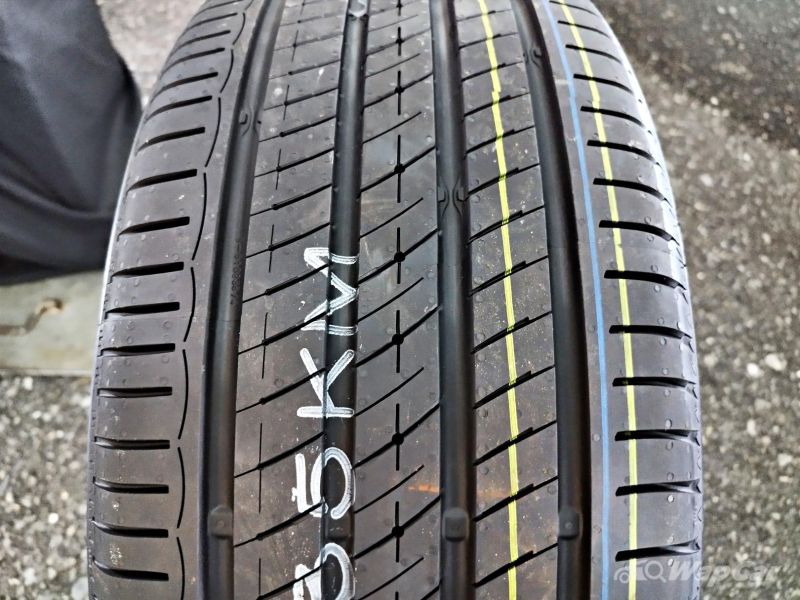 Building up speed progressively, the most apparent improvement experienced in the UC7 was its predictability. Braking distance, both in wet and dry, was consistently shorter than the UC6 – by almost 3 ft – and the tyres felt strong despite all the abuse that was thrown at them.

Again, where the UC7 impressed the most was tyre shoulder grip which inspires a lot of confidence on the limit, when you need it the most. In contrast, the UC6 proved to be a tad lairy and unpredictable at the limit, especially during the fast last change exercise.

The UltraContact UC7 is impresseive for three main reasons, firstly because Continental have achieved substantial, noticeable improvements in traction, braking, and on-the-limit grip, without scarificing durability and longevity. 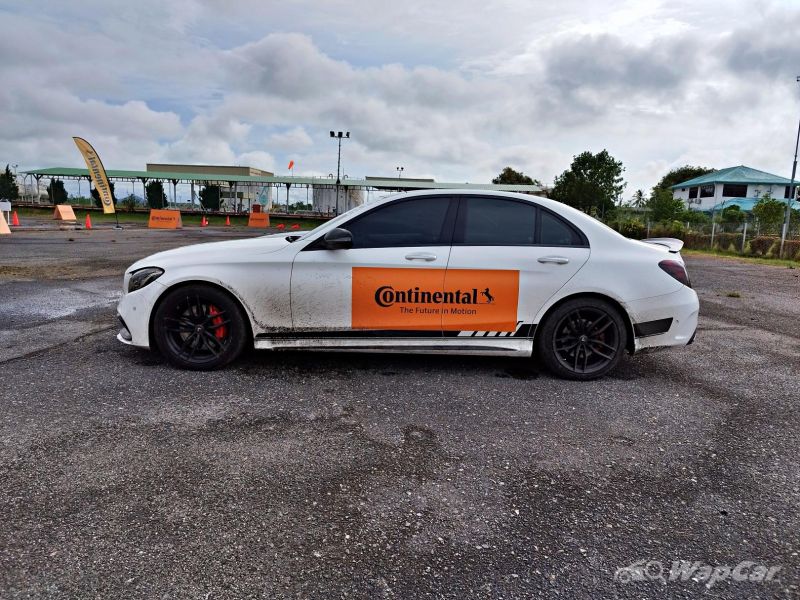 Secondly, because it now offers a refined touring tyre which doesn't run out of talent when pushed hard, which should appeal to buyers who want a mix of dynamic ability without sacrificing day-to-day comfort.

Add to that, competitive prices that are comparable to the olde UC6, and cheaper than its competitors from Michelin and Pirelli, makes the UC7 perhaps the best all rounder out there.