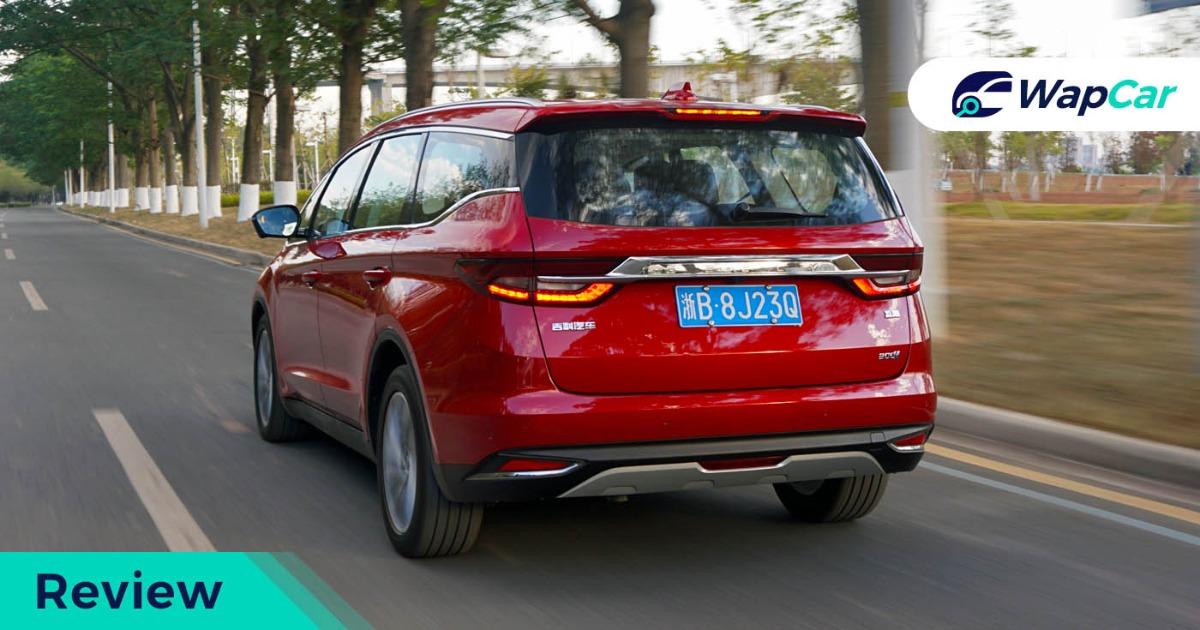 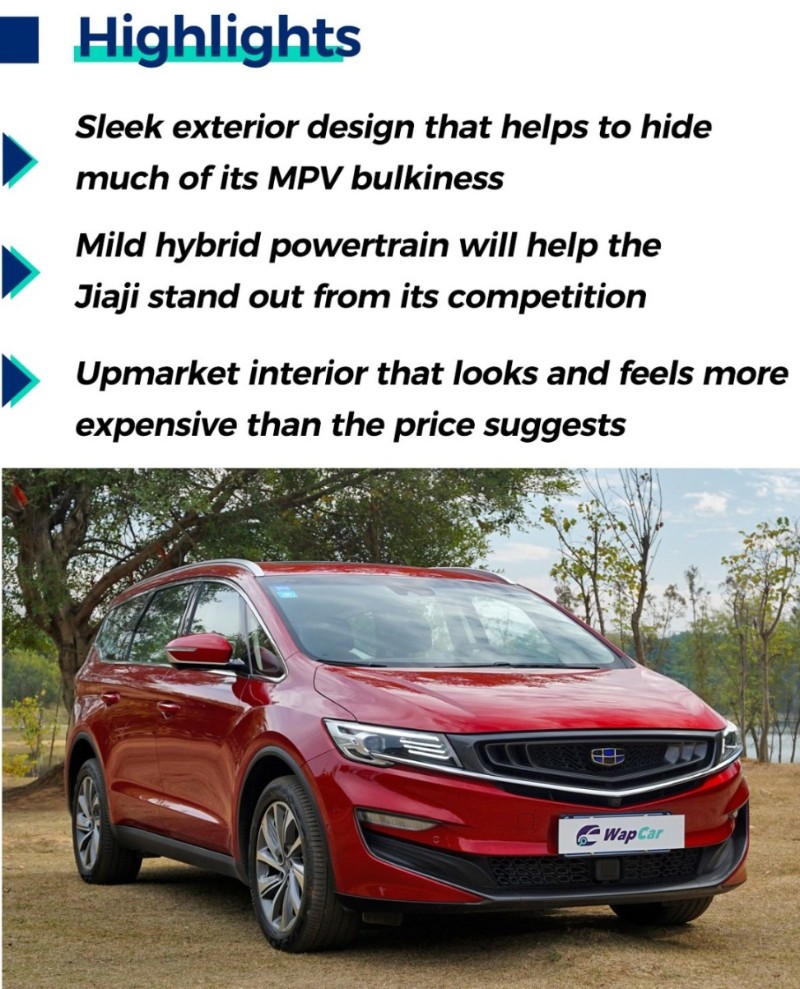 But before we get started on this review, we must stress the fact that the China market Geely Jiaji is not a true representation of Proton's next MPV, as Proton will inject its own DNA into the Jiaji when it comes here. Some of the features seen here may not be in the Proton, and there could be some styling updates.

Starting with dimensions, the Geely Jiaji measures 4,706 mm long, 1,909 mm wide, and 1,690 mm high, which puts it between the Proton Exora and Nissan Serena.

It's very wide, wider than any of its peers. Stretch your arms, and you will find that the Jiaji is wider than even a Toyota Alphard (1,850 mm). Only the Kia Grand Carnival (1,985 mm) is wider. 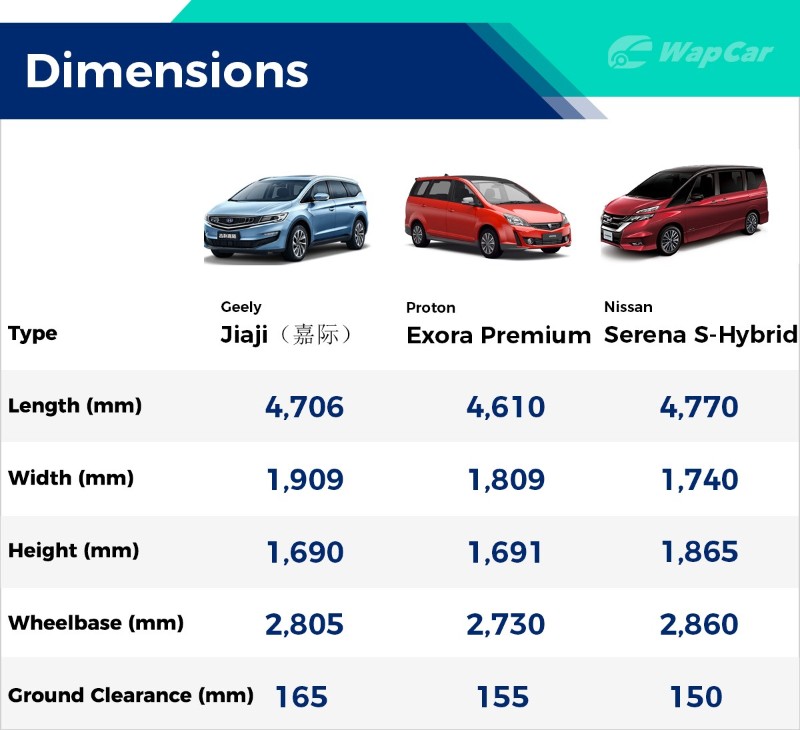 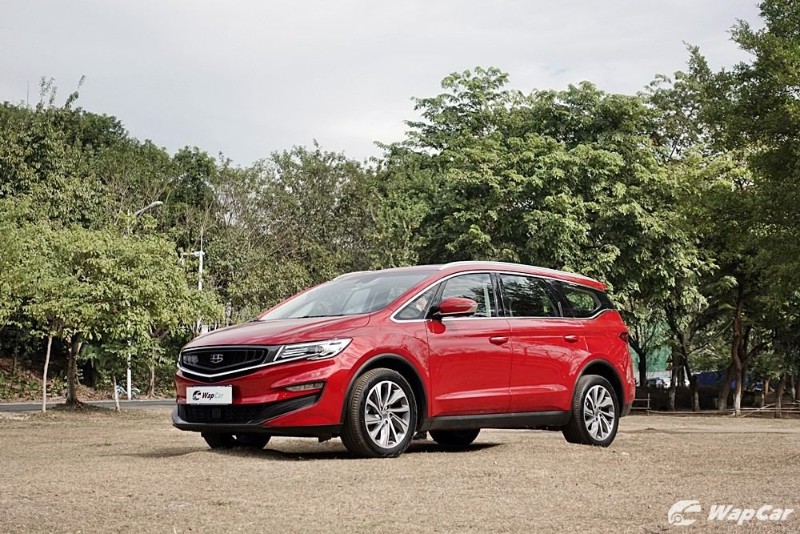 Design wise, with the Geely emblem covered, you wouldn't guess that this is a Chinese product, as it is really handsome and well-designed. 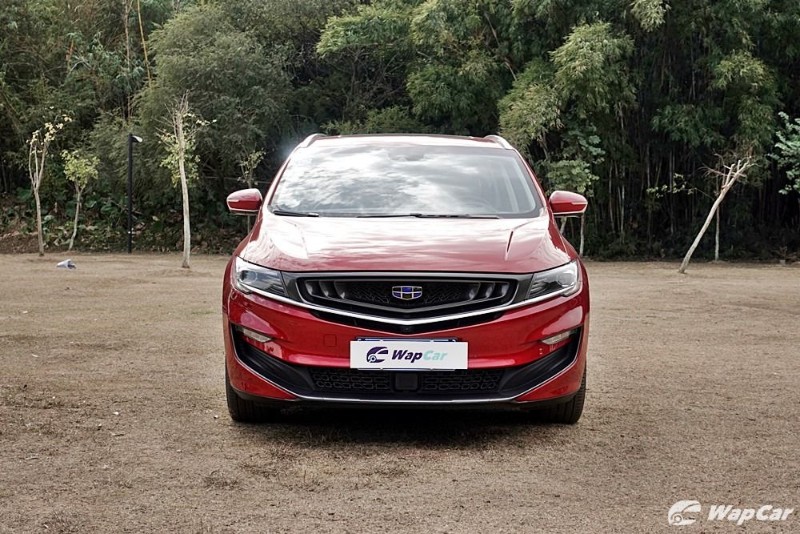 It looks a lot more sophisticated than a Toyota Innova, and more car-like than a Nissan Serena. The Jiaji strikes a fine balance between practicality and emotional appeal. 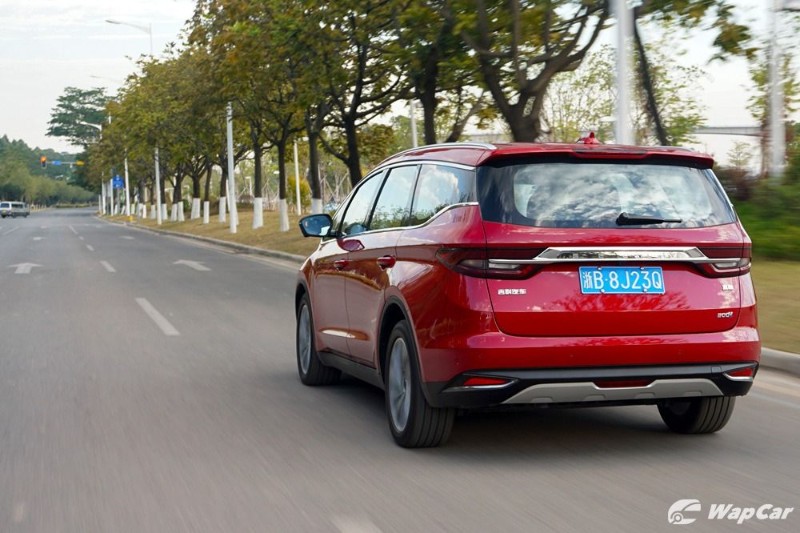 However, unlike the Nissan Serena, the Jiaji does not get power sliding doors but regular hinged doors, meaning that it's not as practical.

With hinged doors, the Jiaji can't offer the same kind of ease of access as the Nissan Serena, which in our books, is still the most practical family car.

Interior – It’s as good as it looks

The Geely Jiaji gets a T-shaped dashboard, with controls (mostly) laid out in an easy-to-reach manner. 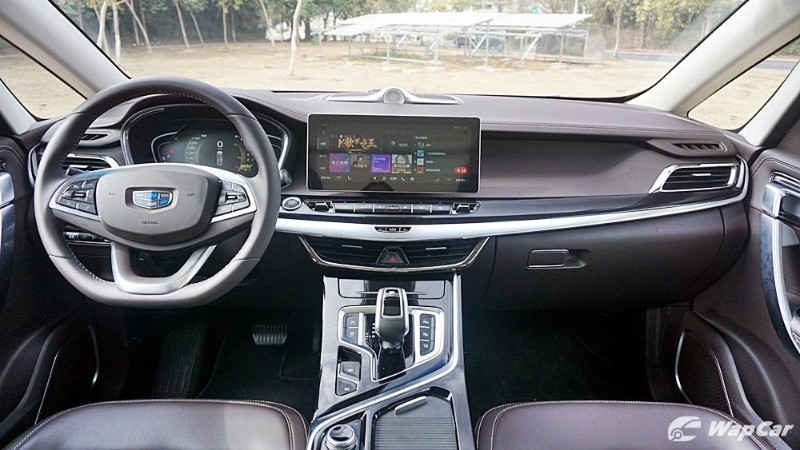 Sitting on the centre of the dashboard is a floating-type 12.3-inch touchscreen infotainment display, while the driver gets a 7-inch LCD instrument cluster.

Never mind the Nissan Serena or Toyota Innova, the Jiaji's interior is on a league of its own, thanks to the clever choice of materials and overall design. 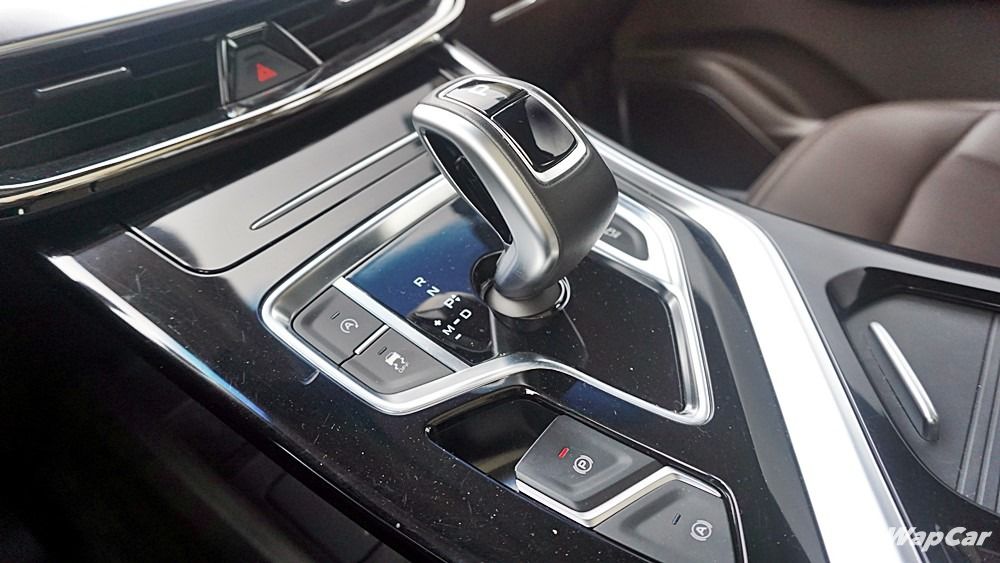 It is evident that Geely has spent a fair bit of time designing the interior of the Jiaji, as the interior looks and feels on par with any Japanese/Korean product. 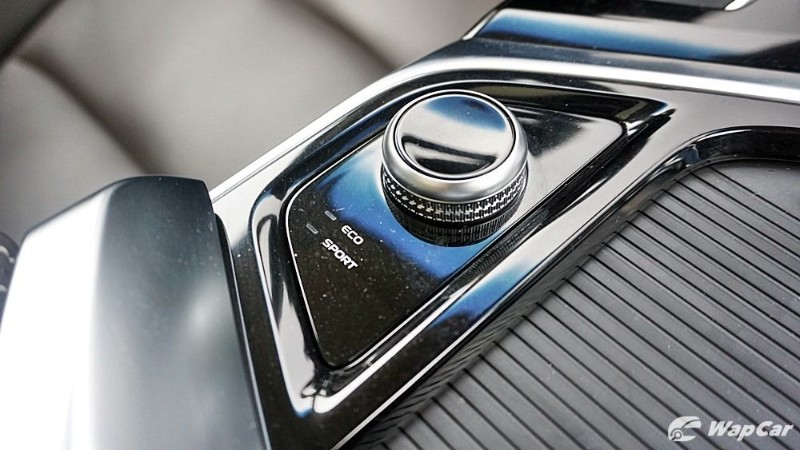 Key touch points of the Jiaji are finished in high-quality metals, plastic, and leather, giving it a rather upmarket appeal. Granted, some hard plastics are present, but you aren't likely to come into contact with those parts on a daily basis. 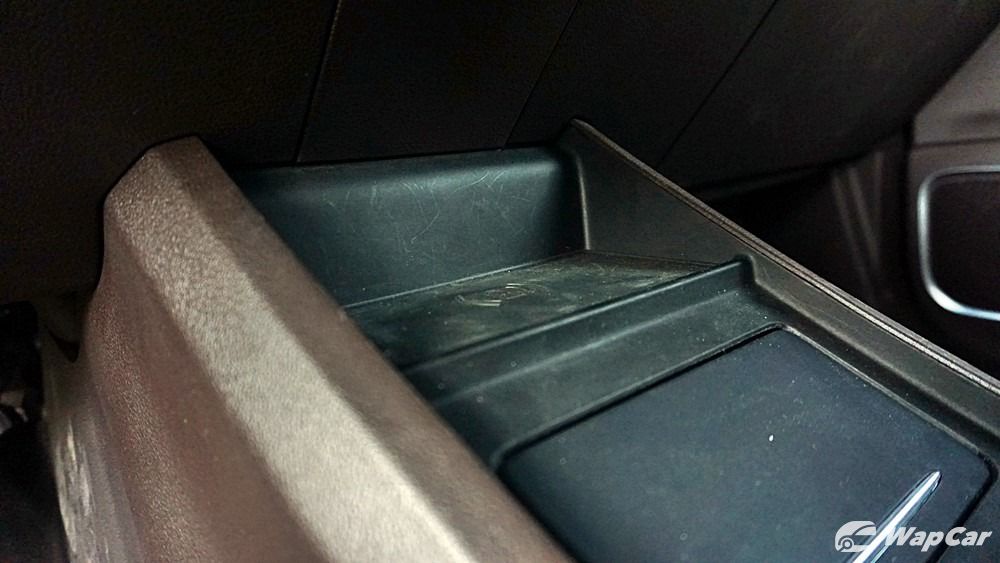 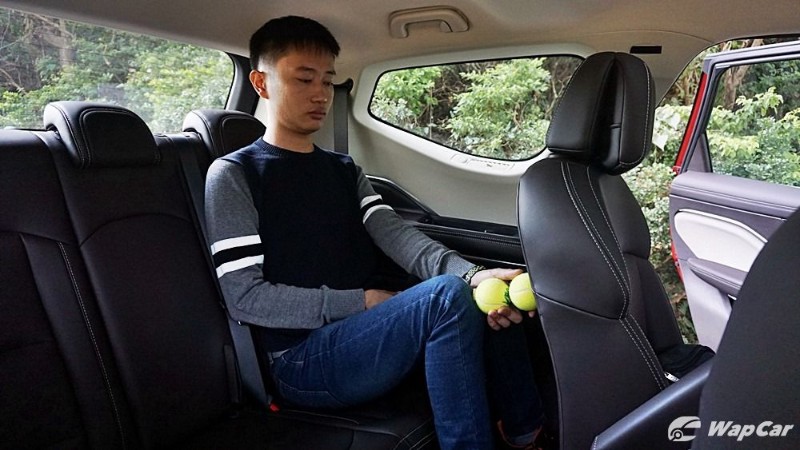 Being an MPV, space and comfort are obviously important, and the Jiaji does not disappoint. 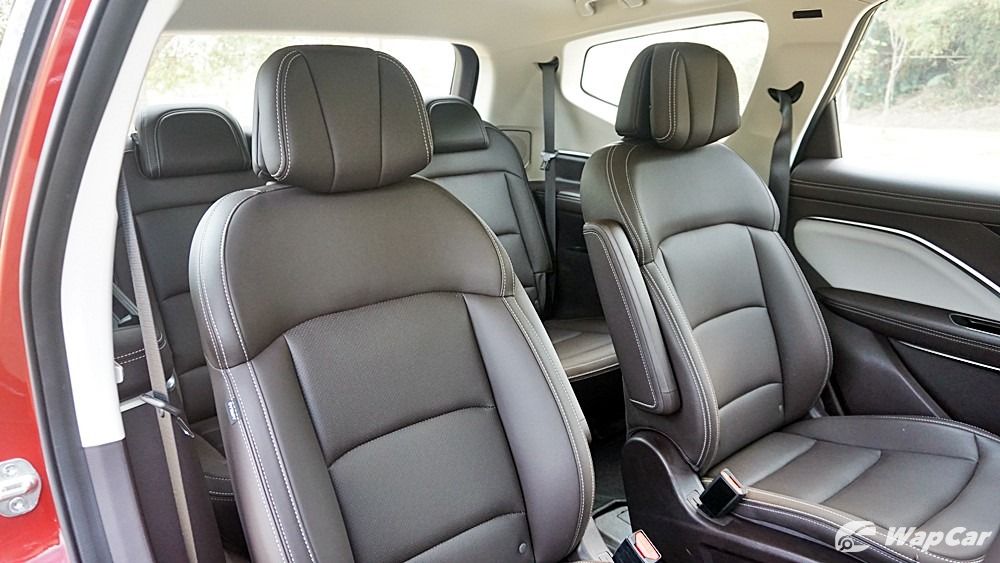 The Jiaji we sampled gets second row captain seats, much like the Nissan Serena and Toyota Innova 2.0X.

Sounds great on paper and looks great in pictures but the captain seats are actually quite tiring to sit on long distance drives. This is because the seat is too low and you are forced to sit in a slightly crouched position. In that position, your thighs hardly get any support, but the seatback is firm and supportive.

Driving Performance and Handling – No Campro Turbo, no problem

For the Chinese market, the Geely Jiaji is available with a rather extensive range of engines, including a 1.5-litre mild hybrid (MHEV) turbo petrol, as found in this review unit.

It's a mild hybrid, meaning that the electric motor can only assist the engine. Unlike a full hybrid, the motor can't drive the car and the engine needs to fired up. 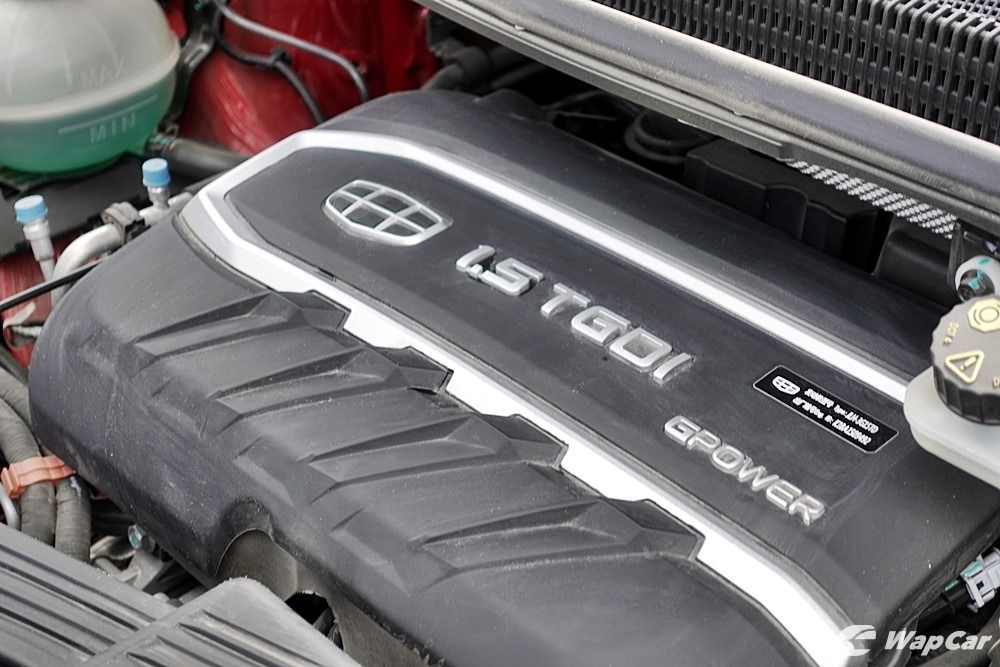 In its MHEV form, the Jiaji outputs 190 PS and 300 Nm, channeled to the front wheels via a 7-speed dual-clutch (DCT) automatic transmission. 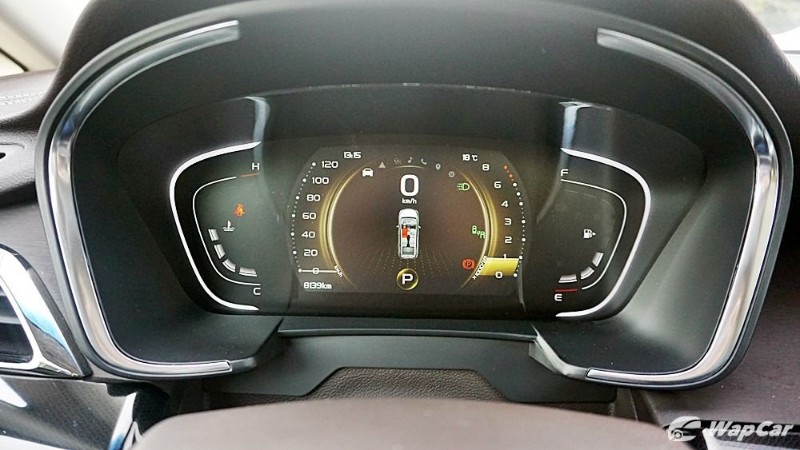 Like the Geely Binyue (Proton X50) we sampled recently, the DCT does not allow the Jiaji to creep forward. Unlike other automatic transmissions (or even current Volkswagen DCTs), the Geely's DCT will roll backwards on a slope, unless you activate Hill Start Assist. 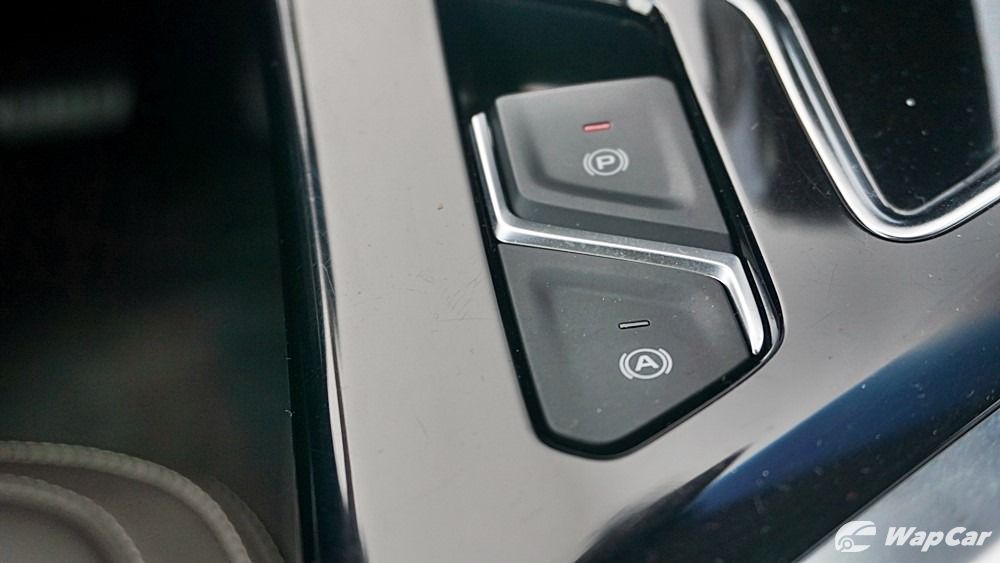 And just like the Binyue, the engine is sounds rough but it's less apparent in the Jiaji, which benefits from better soundproofing materials that help isolate the rattling of the 3-cylinder engine from entering the cabin. 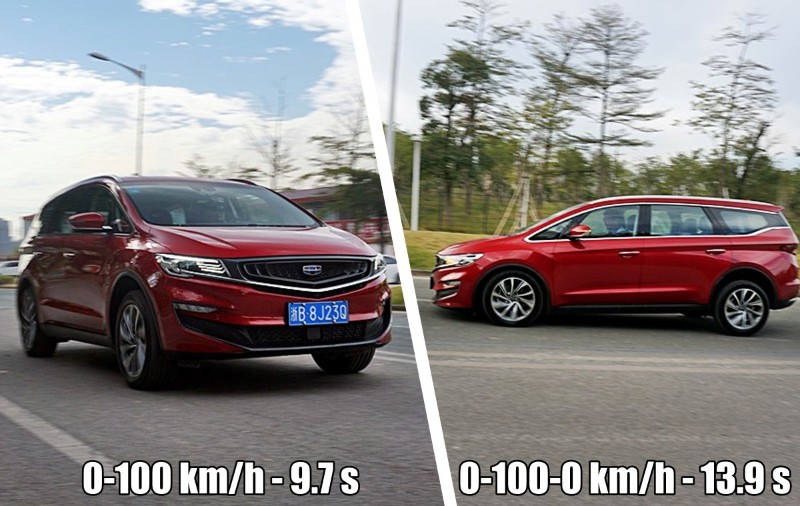 In terms of outright performance, the Jiaji does not disappoint, as it is able to complete the 0-100 km/h sprint in just 9.7 seconds.

The Jiaji may be an MPV that is designed for families, but its ride comfort is far too firm to be comfortable for us Malaysians. 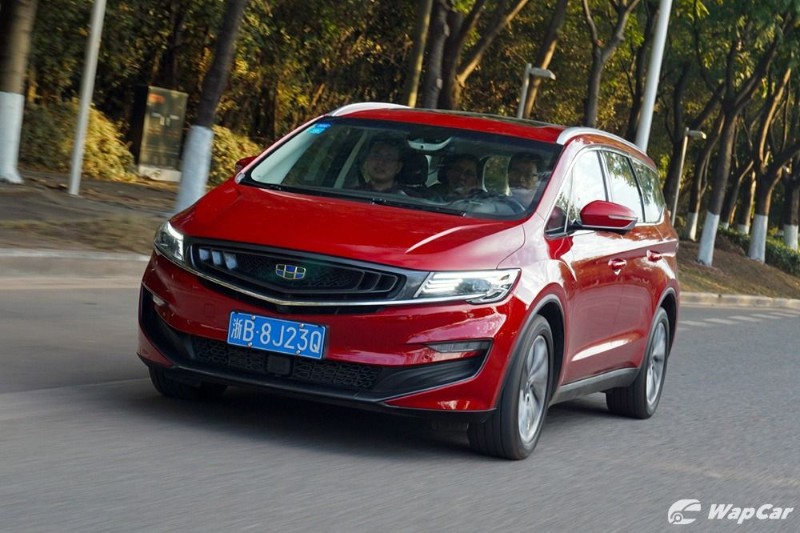 Even on China's wide and smooth tarmac roads, the Jiaji still transfers far too much bumps and road irregularities into the cabin, though the Geely Jiaji does a marginally better job than the Binyue in that regard. 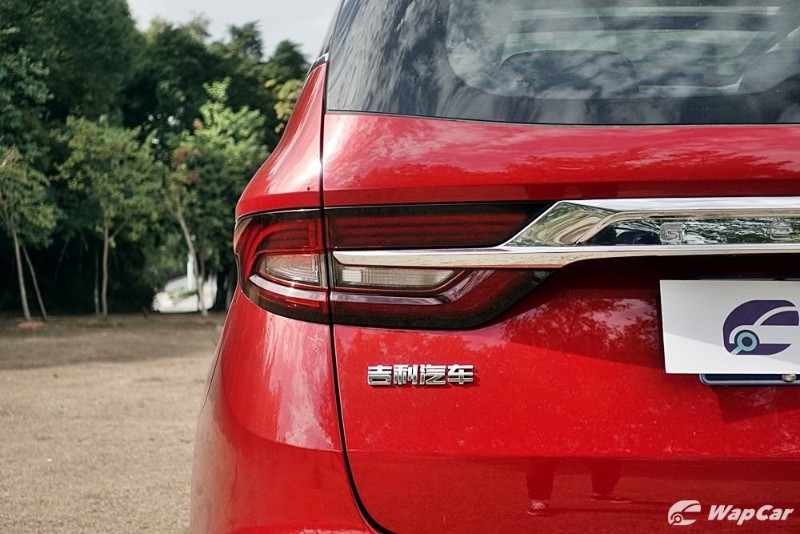 Whilst the Exora is considerably older than the Jiaji, we find that the older Proton is still able to offer a much more comfortable ride without compromising handling, soaking up bumps without jolting the occupants - a testament of our local ride and handling champions' prowess in chassis tuning.

Conclusion – SUVs may be the rage, but MPVs still hold dear

While the Proton X70 may redefine how Malaysians perceive the "new" Proton and China-made cars, we reckon that the upcoming Geely Jiaji could amp things up a notch or two, thanks to a well-designed exterior and gorgeous interior. 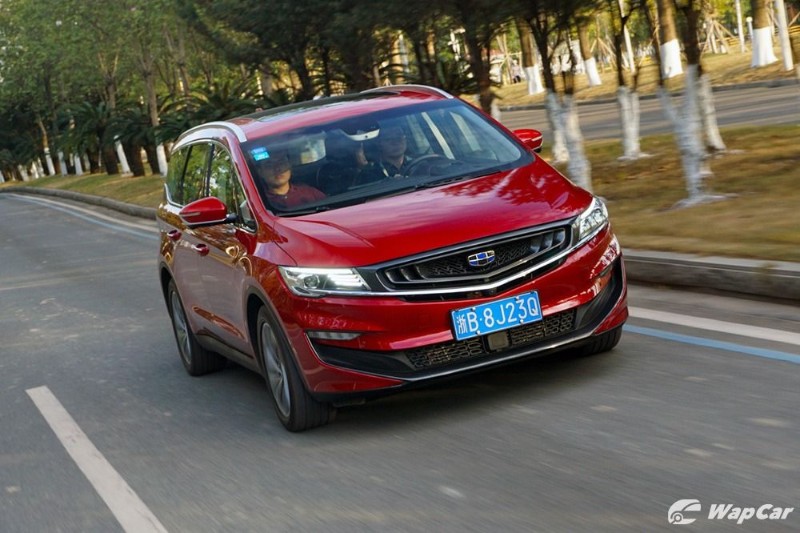 We reckon the closest rivals to the Geely Jiaji, at least in our local context, would be the Nissan Serena and Toyota Innova. 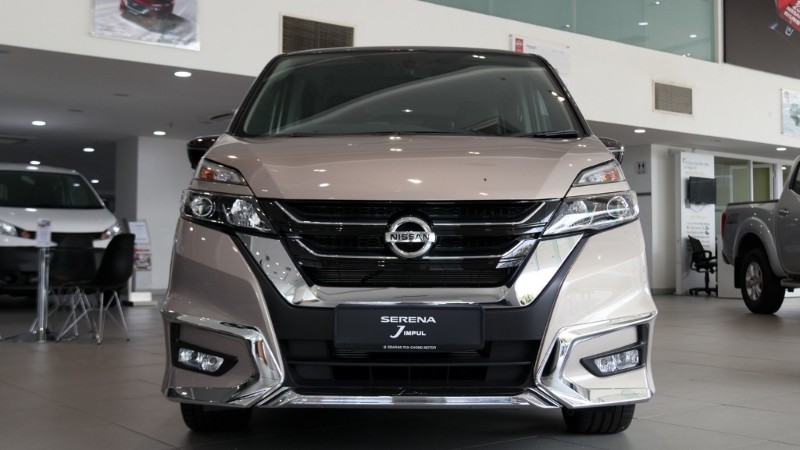 Where the Nissan Serena shines is its powered sliding doors, which is an extremely valuable feature for parents with young kids, as one can just walk up to the car while carrying the baby and strap the baby into the child seat with ease, as opposed to bending your body in odd positions just to seat your child. 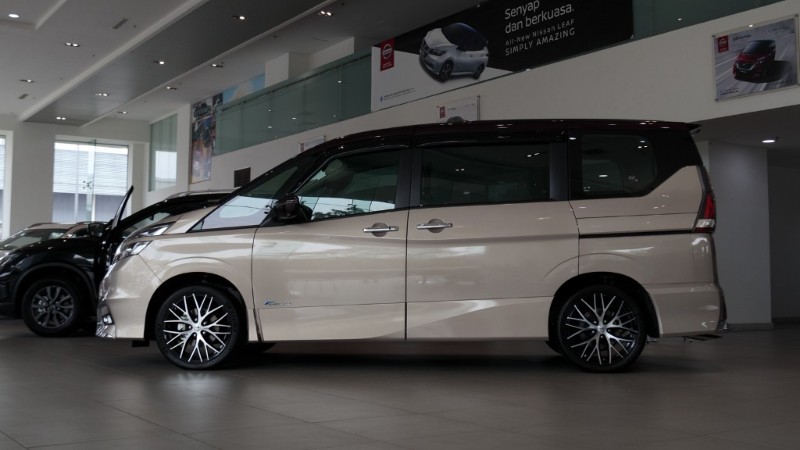 On top of ease of strapping your baby into place, sliding doors also make it much easier to secure and remove a child seat, as the door aperture is considerably larger than regular hinged doors.

Compared to the tall-riding Toyota Innova, the Geely Jiaji's lower ride height means ingress and egress is much easier with families with elderlies or young kids, as they would need to climb up and into the vehicle. 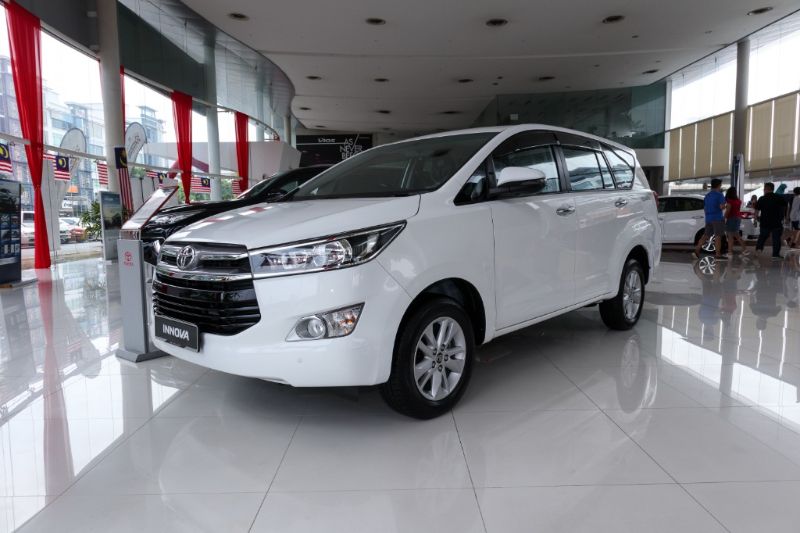 With that said, the Innova's 200 mm ground clearance means that it is better suited for poorer road conditions where floods are a common occurrence. The Innova's truck-based DNA also means that it can take quite a beating, compared to its rivals. 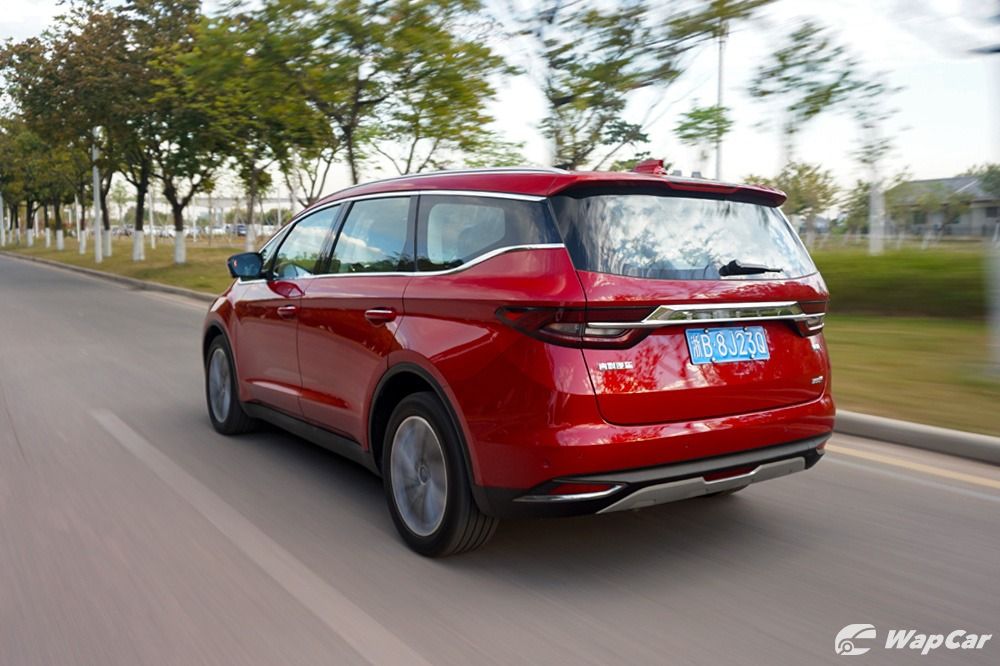 The China market Geely Jiaji isn't perfect – the ride's too firm and the brown interior may not be everyone's cup of tea, but if priced correctly, it could shake up the MPV segment, just like what the Proton X70 did.