HomeNewsReview: What does the Indonesian media think of the 2020 Mitsubishi Xpander?

Review: What does the Indonesian media think of the 2020 Mitsubishi Xpander? 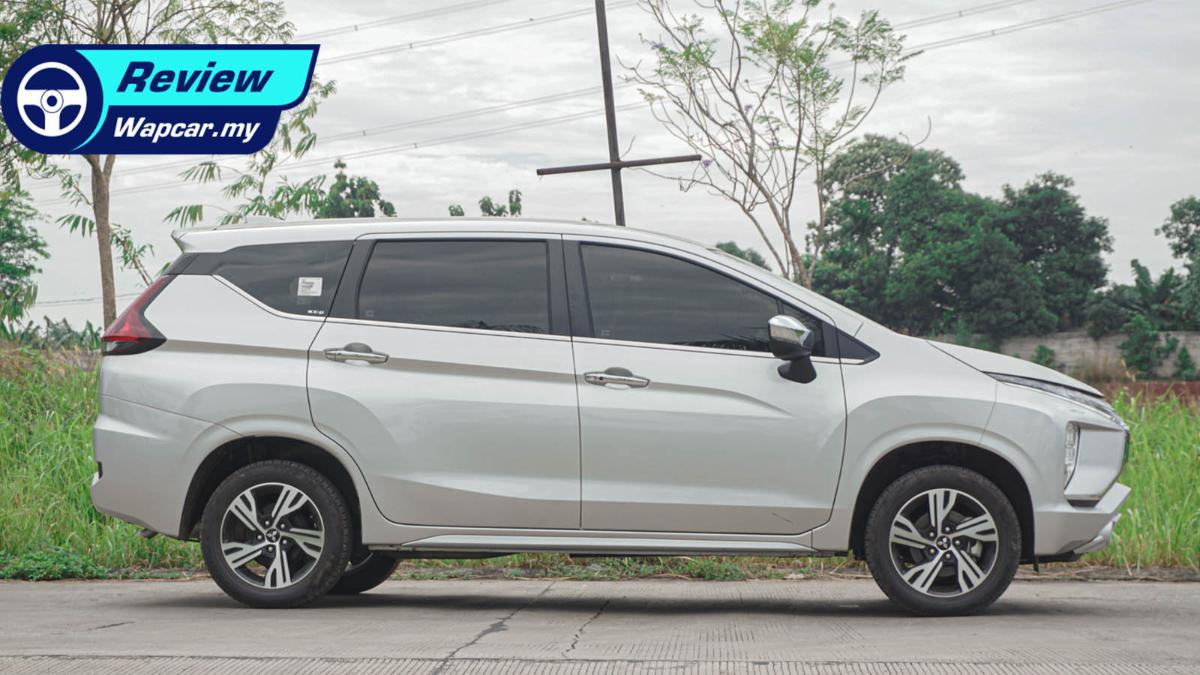 Early this month, Mitsubishi Motors Malaysia (MMM) teased the 2020 Mitsubishi Xpander at Mid Valley Megamall to garner interests and bookings. While the model is set to make its Malaysian debut sometime soon, the Xpander had been launched in other markets around South East Asia since 2017.

Indonesia is one of those markets and received a facelift in February 2020. The MPV segment is king over there with the Xpander reportedly being the second best-selling car in Indonesia behind the Toyota Avanza. No wonder Mitsubishi has set its sights on the ASEAN market. 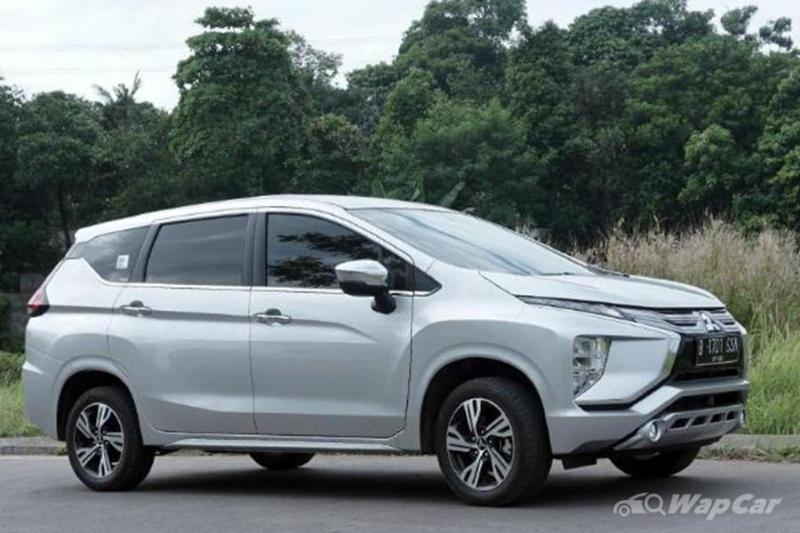 Ever since the facelift was launch, Mitsubishi reported 30,000 units of the Xpander were sold in the archipelago. There are 11 variants on offer for the Indonesian-spec Xpander and our Indonesian sister site, Autofun.co.id did a review on the top-of-the-range Xpander Ultimate A/T back in July. 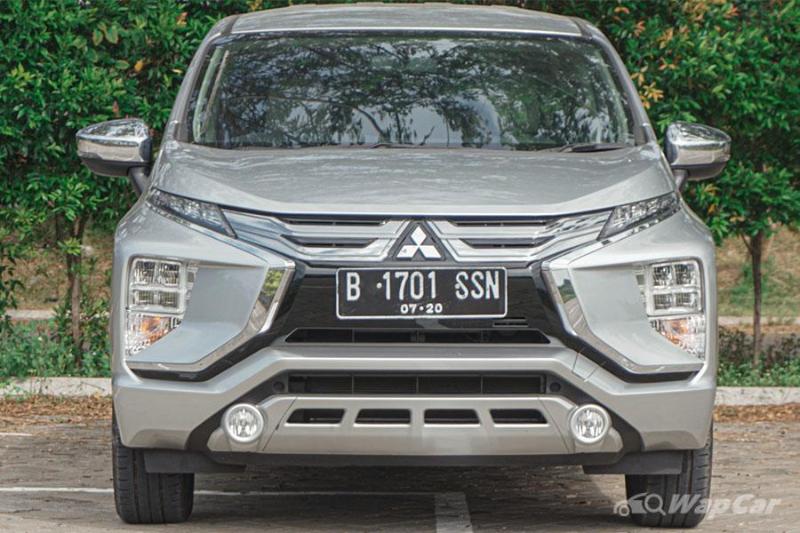 The most striking appearance of the Xpander is definitely the Dynamic Shield front grille design which gives an air of macho and also at the same time, some distinctiveness. 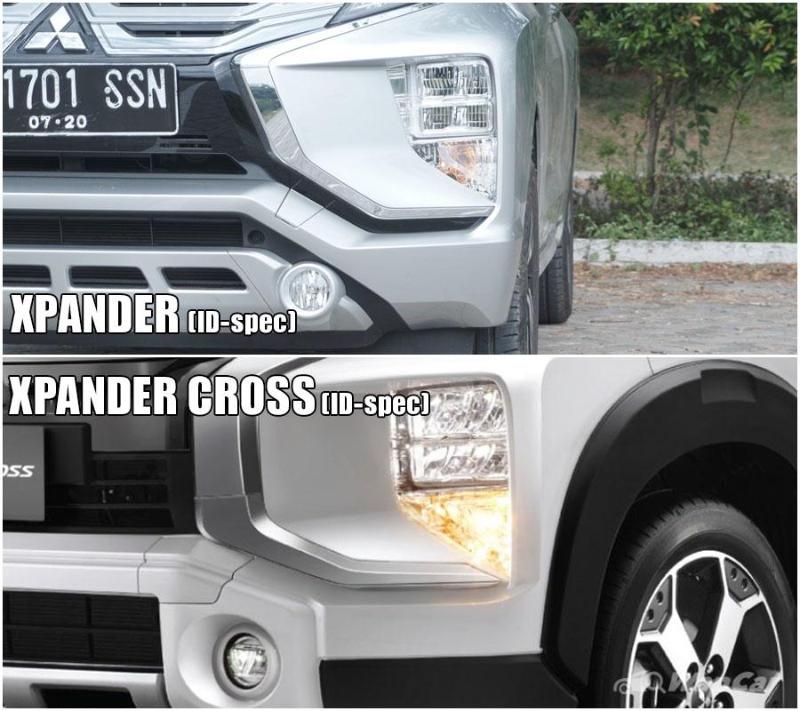 The Xpander Ultimate comes equipped with LED headlamps but the fog lamps use halogen lamps. Autofun points out that the Xpander Cross, meanwhile, comes with LED foglamps. 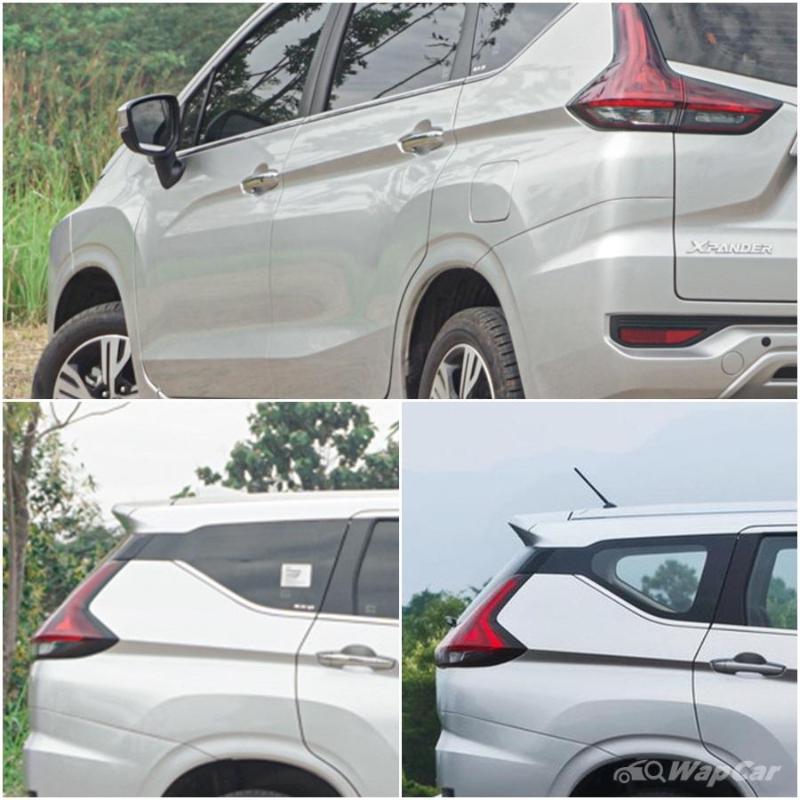 The facelifted Xpander also features a keyless system on both the driver and front passenger door; the pre-facelift Xpander only came with driver keyless entry. Another difference noted is the shark fin antenna which replaced the bee-sting antenna on the pre-facelift model. 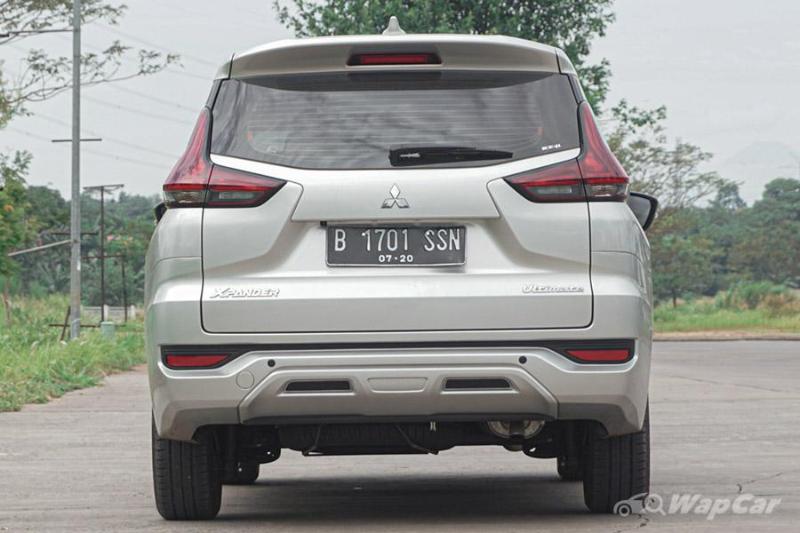 At the back, the Xpander gains a couple of reverse sensors, which on top of the reverse camera, give drivers peace of mind when in reverse. However, apart from that, the rear of the facelift Xpander remains unchanged. 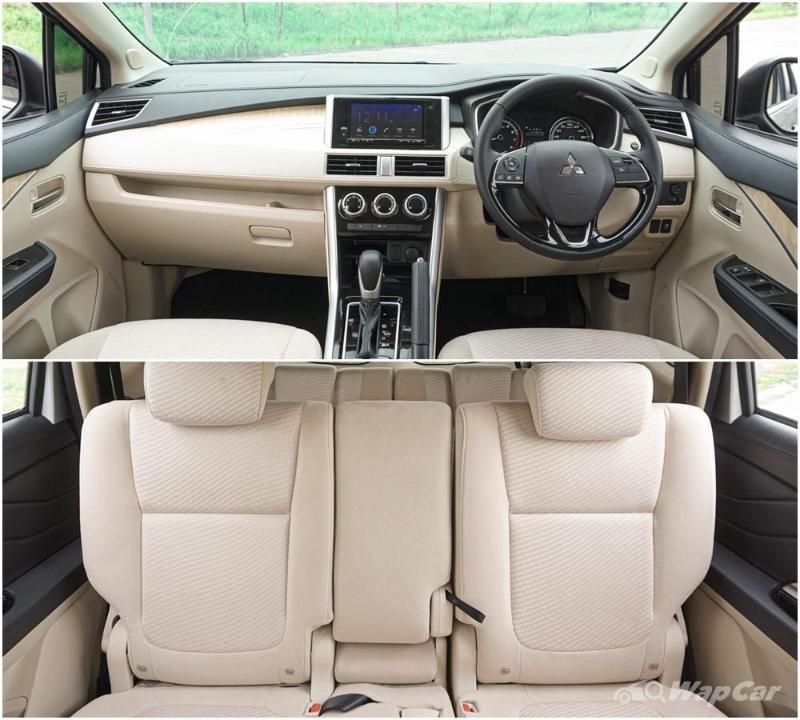 The Ultimate variant gets a very classy and luxurious-looking beige interior with wooden trims on parts of the dash and the doors. The seats are made out of fabric, mind you. 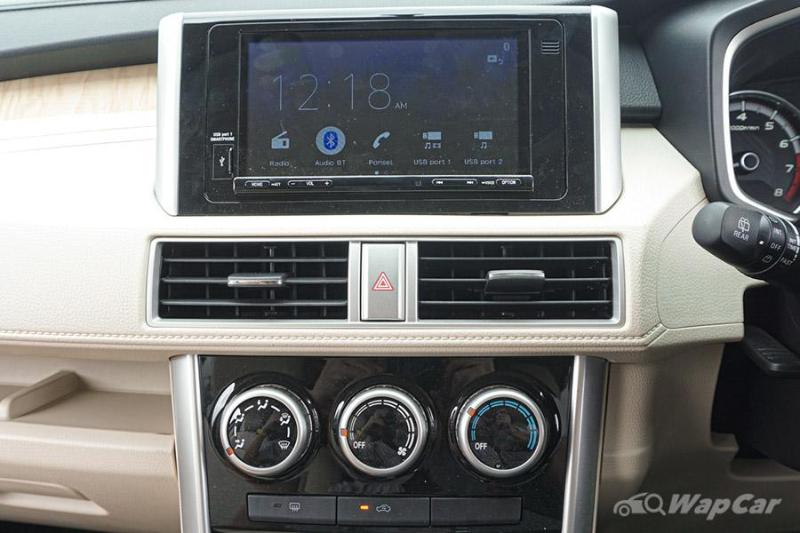 The Xpander Ultimate gets a 7-inch touchscreen head unit that supports Apple CarPlay and Android Auto. Autofun has noted that this is still operable while driving, unlike most competitors. Bluetooth connection is also fairly easy to pair in the Xpander. 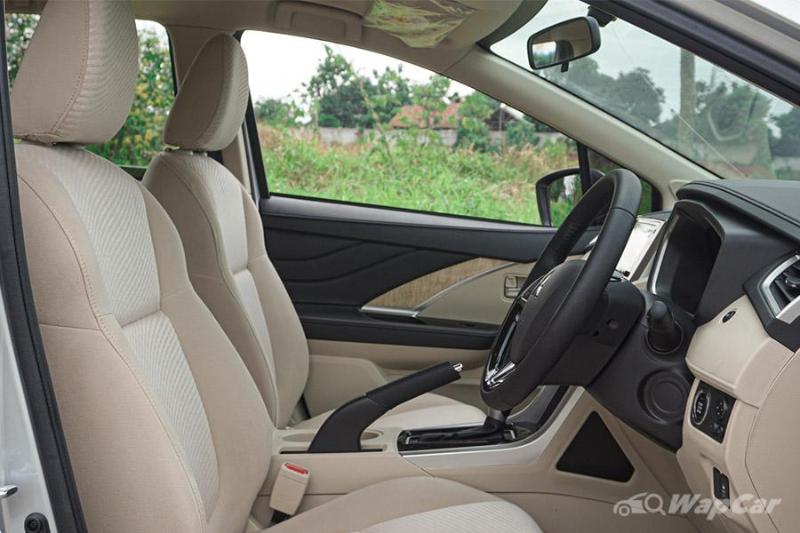 The Indonesian-spec Xpander has good driving ergonomics too according to our Indonesian friends thanks to the adjustable tilt and telescopic steering wheel as well as the driver seat being easy to adjust. However, Autofun had to minus some points for the awkward position of the handbrake. 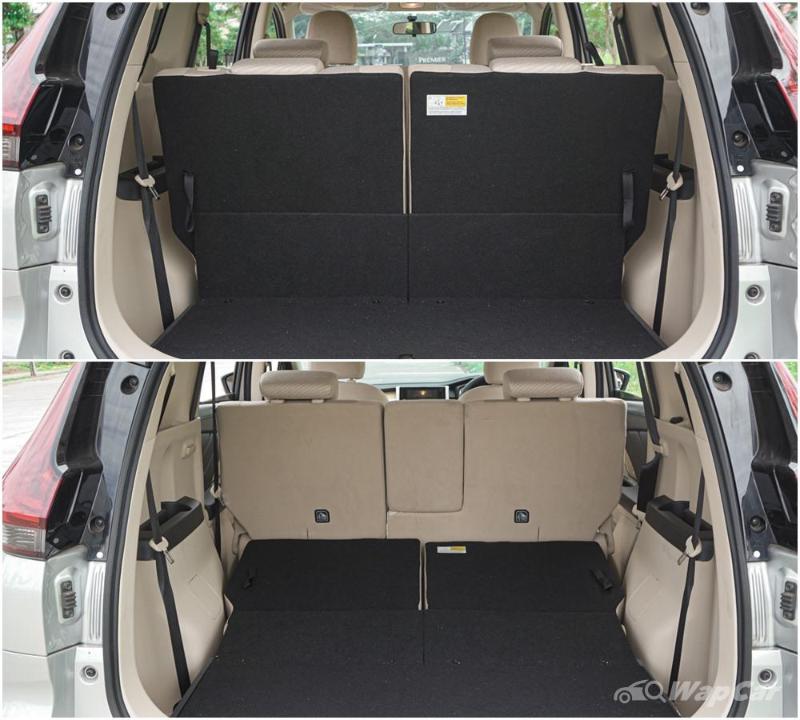 This being an MPV, that meant the Xpander has to be very spacious and practical. In the review, Autofun notes how the second- and third-row seats can be folded flat if you need to load bigger and longer stuff. 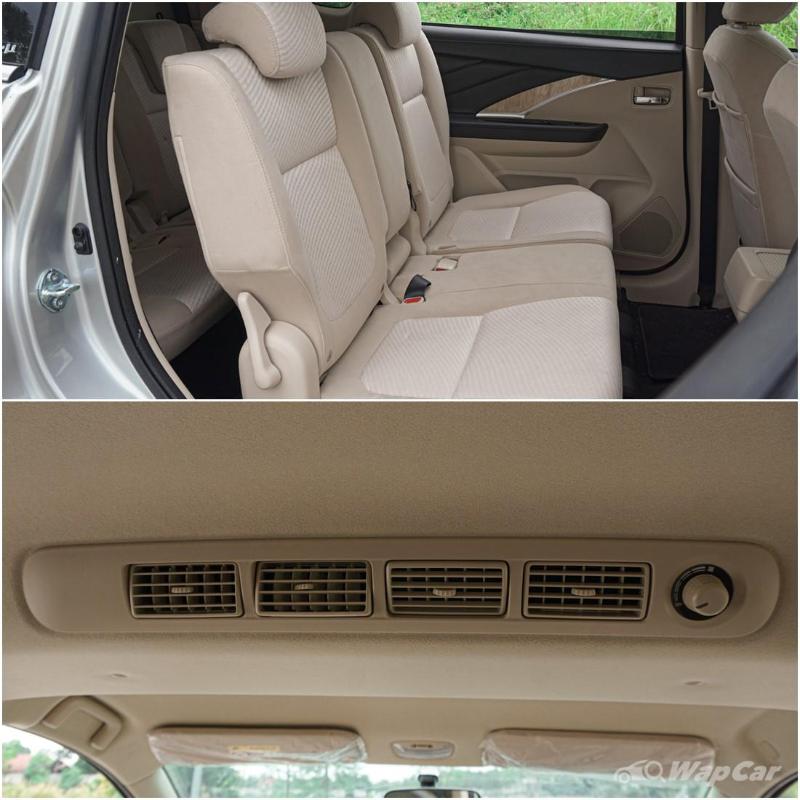 Passenger space for the second and third rows are wide enough for adults. During long-distance, the Xpander comes with roof-mounted air-conditioning vents which are a must in a car this cavernous. 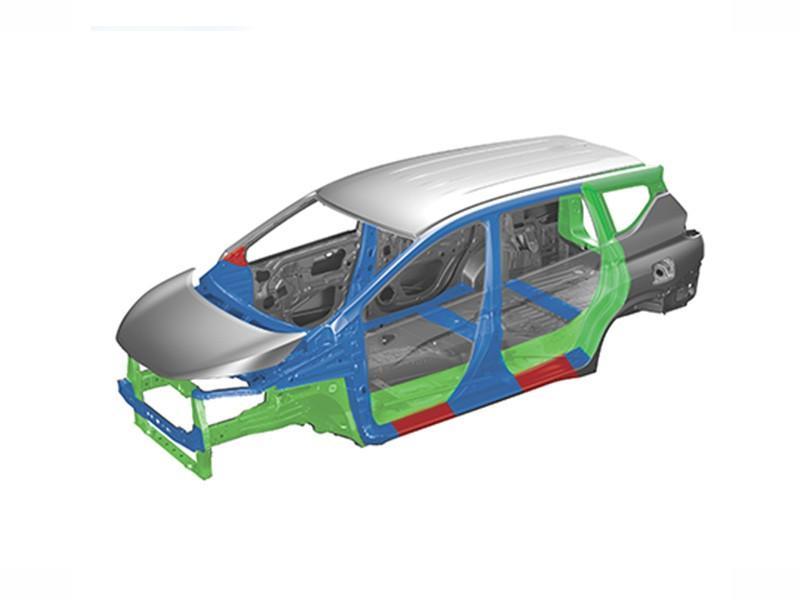 The Indonesian-spec Xpander has pretty basic safety features with only dual front airbags, ABS, EBD, active stability control (ASC), and hill assist. It also uses a Reinforced Impact Safety Evolution (RISE) body frame technology which is made out of high tensile metal so it can absorb impact energy to protect passengers in the cabin. 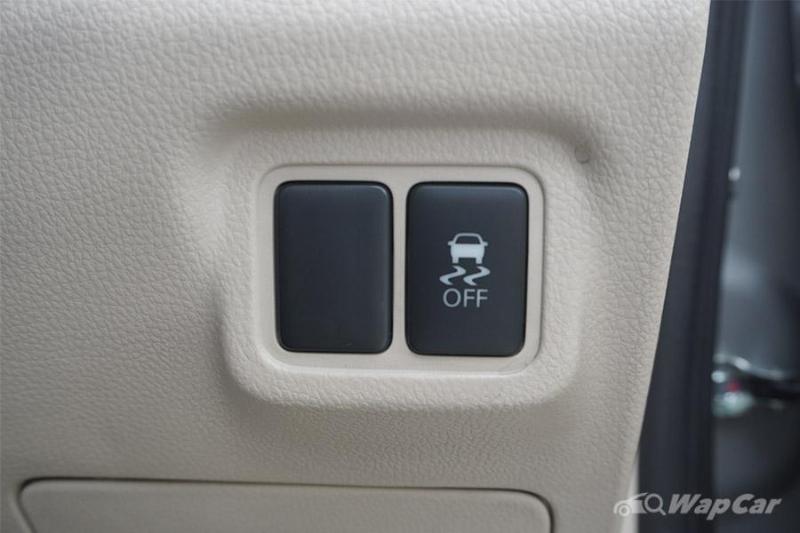 Even though it's a tall car, the reviewer is impressed with the way the Xpander holds itself down around the corners and changing lanes. Sounds like the legendary Mitsubishi DNA from cars like the Lancer Evolution lives on in this MPV. 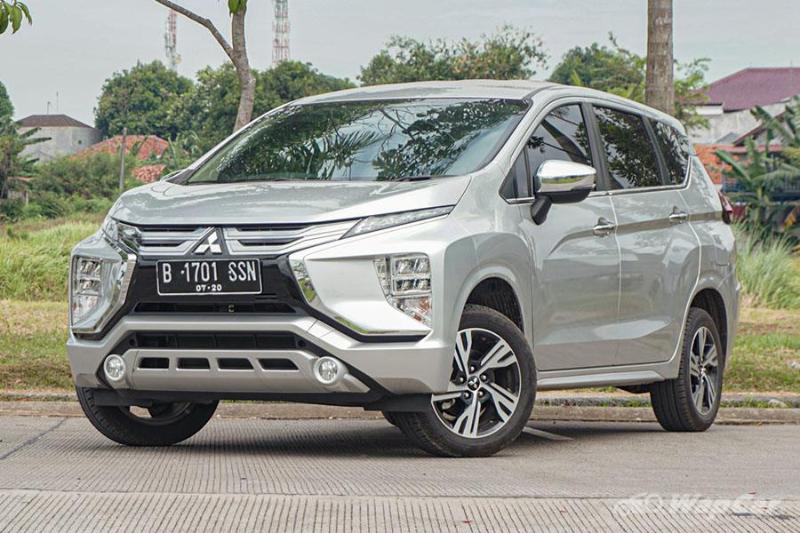 The same can be said for the hill assist feature which is functional when going uphill especially when going for long-distance travelling through the mountainous roads of Indonesia as noted by our reviewer. 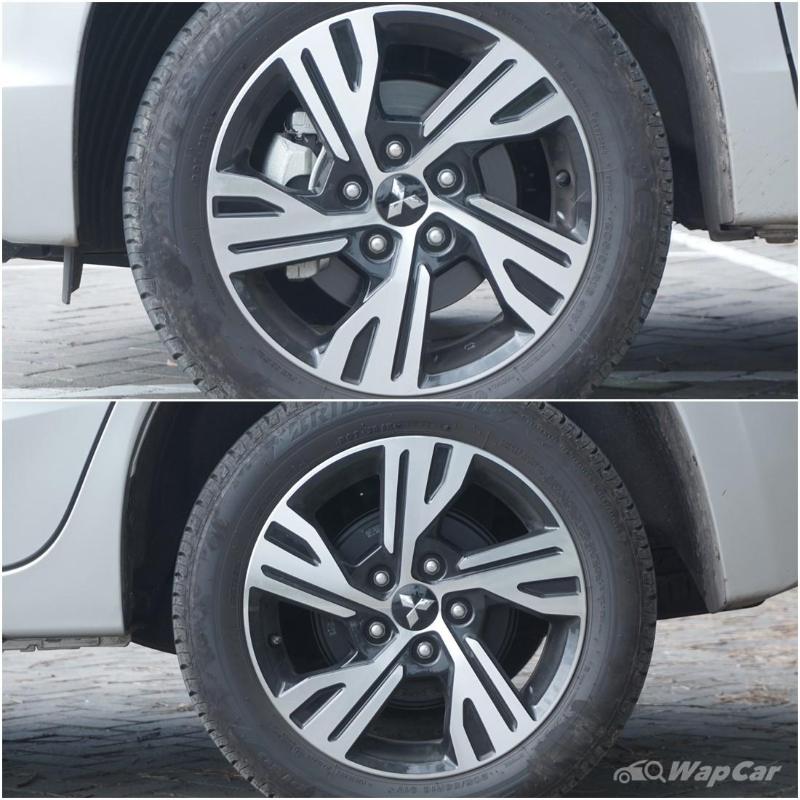 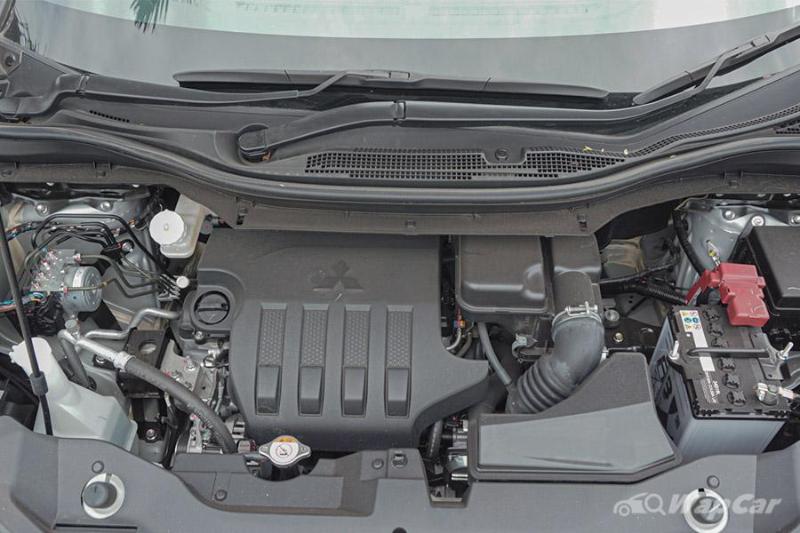 The Xpander is only available with one engine option – a 1.5-litre MIVEC 4A91 that produces 105 PS and 141 Nm. This is then mated to a 4-speed automatic which is the only gearbox option for the Xpander Ultimate. The Xpander weighs 1,240 kg. Autofun recorded the acceleration to 100 km/h from rest at 13.5 seconds. 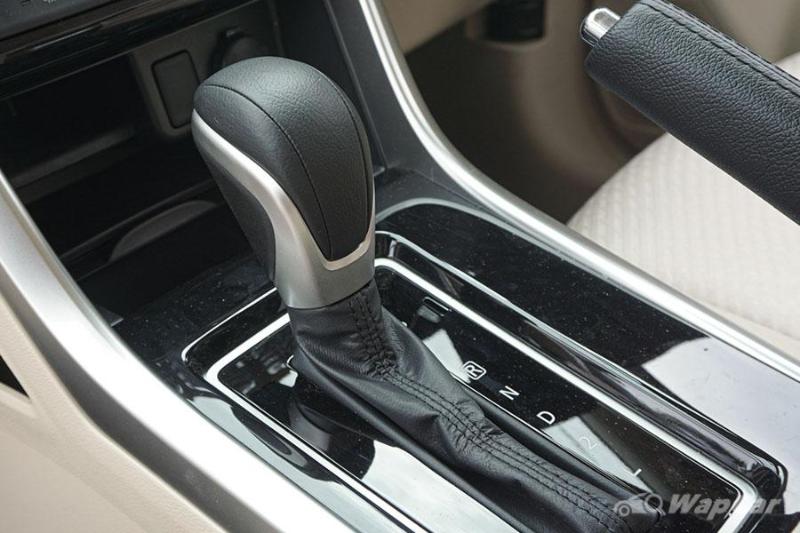 The Autofun reviewer also notes how smooth the acceleration is despite the size. The Xpander shows no delay when accelerating which is helpful when overtaking. 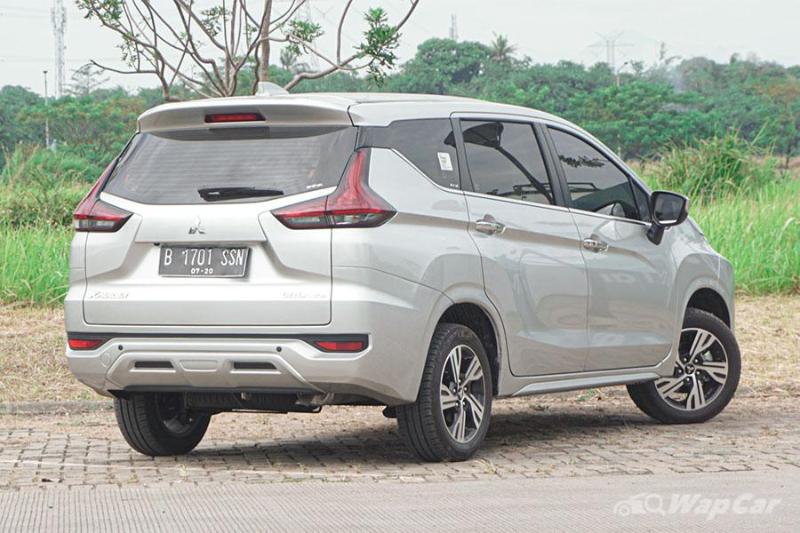 At a length of 4,475 mm, manoeuvrability isn't an issue according to our reviewer. Zig-zagging or even attempting to turn around the Xpander isn't hard work especially the latter given the MPV's claimed turning radius of 5.2 metres. 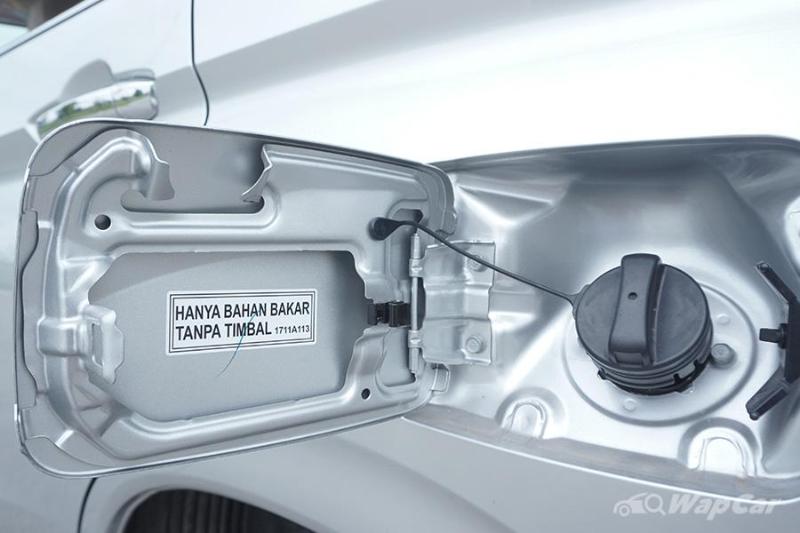 The Xpander has a 45-litre fuel tank capacity. In Autofun's review, the Xpander managed to record a fuel mileage of 16.5 km/L while on smooth highways with an average speed of 90 km/h. During rush hour traffic in the evening, the reviewer recorded 12 km/L. Still, those numbers concluded that the Xpander has decent fuel mileage for a car of this size. 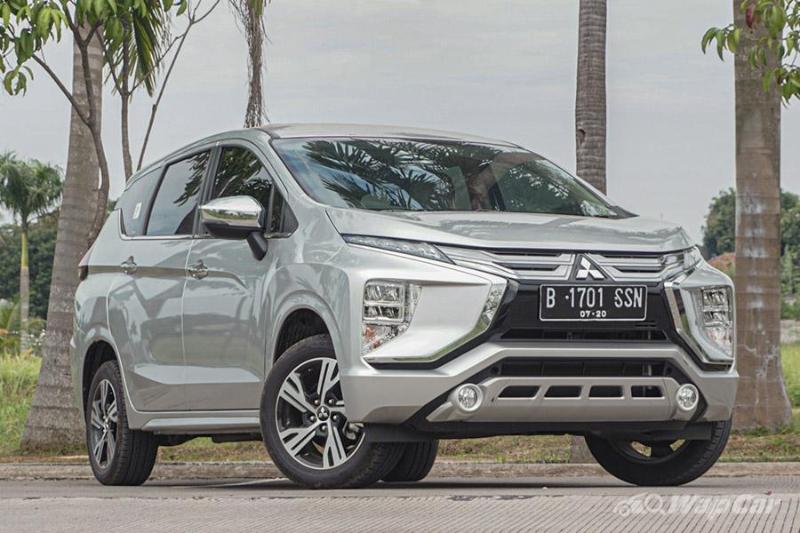 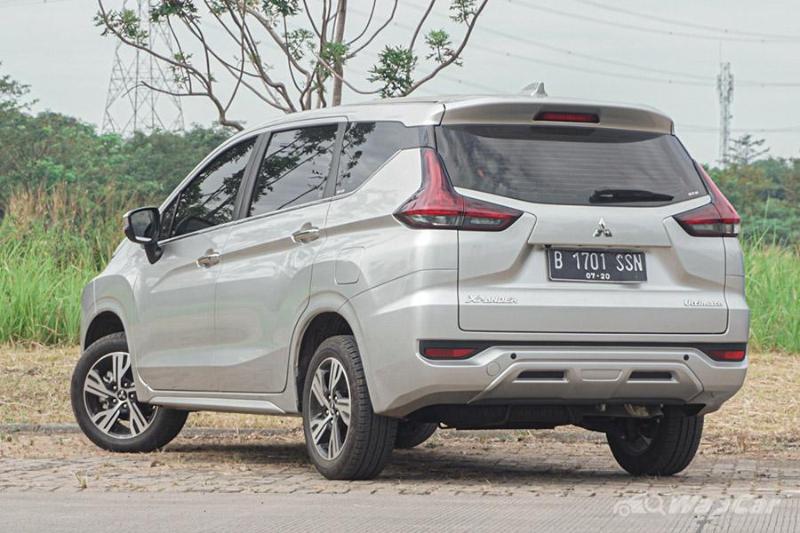 Autofun concludes that the Xpander is worthy at that price as it has features which are abundant and not normally found in its competitors. However, it loses out in fuel consumption compared to rivals like the Toyota Avanza Veloz and the Honda Mobilio.

In the end, our reviewer feels that the Xpander is a worthy MPV for those who prefer getting more bang for their buck. 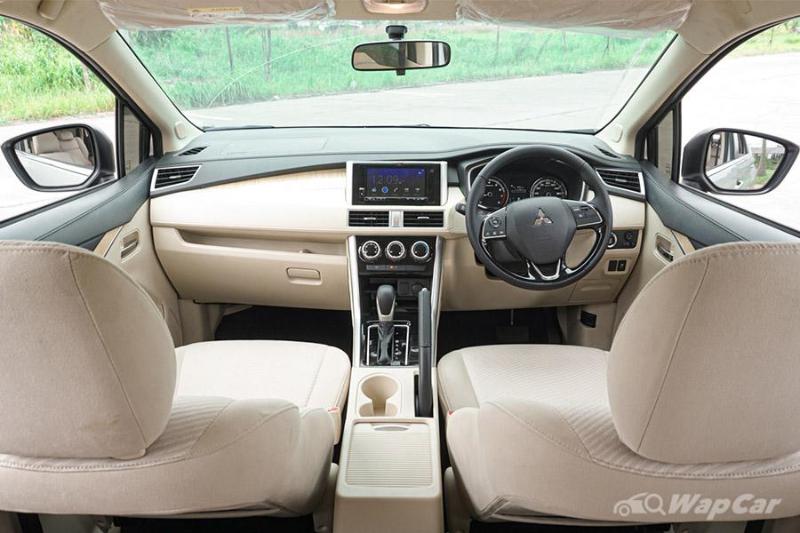 That being said, this review is for the Indonesian-spec Xpander which might differ from the Malaysian-spec Xpander. MMM has yet to release official details but we predict it might arrive sometime in October 2020. 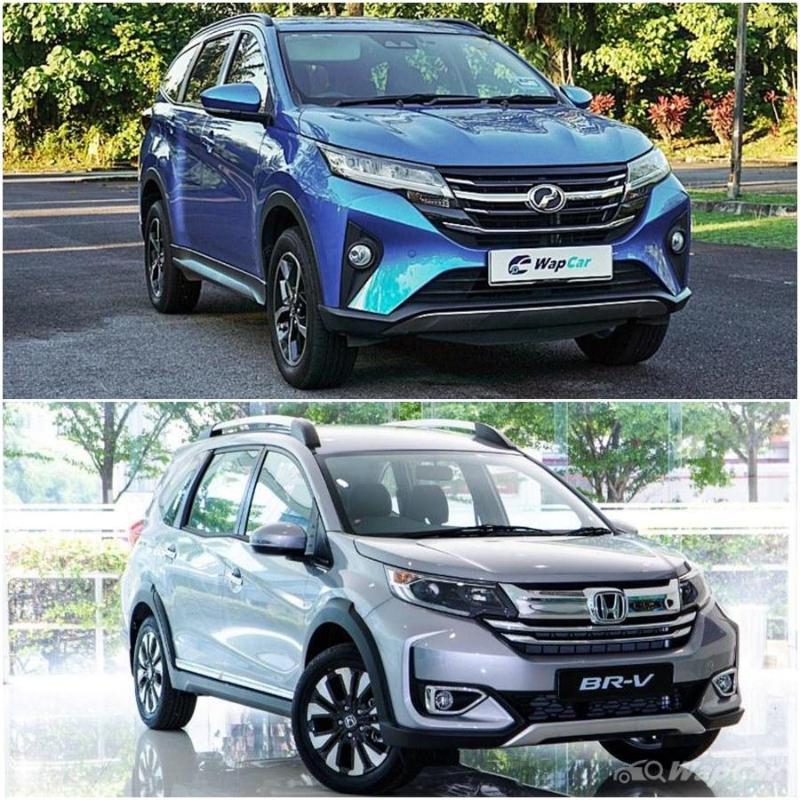 It will face favourites like the Perodua Aruz and Honda BR-V but will you fancy the Three Diamond over its rivals? Stay tuned for our in-depth review of the Mitsubishi Xpander after its official launch in Malaysia.