HomeNewsRFID is supposed to be the future of Malaysian tolls, why is it so hated?

RFID is supposed to be the future of Malaysian tolls, why is it so hated? 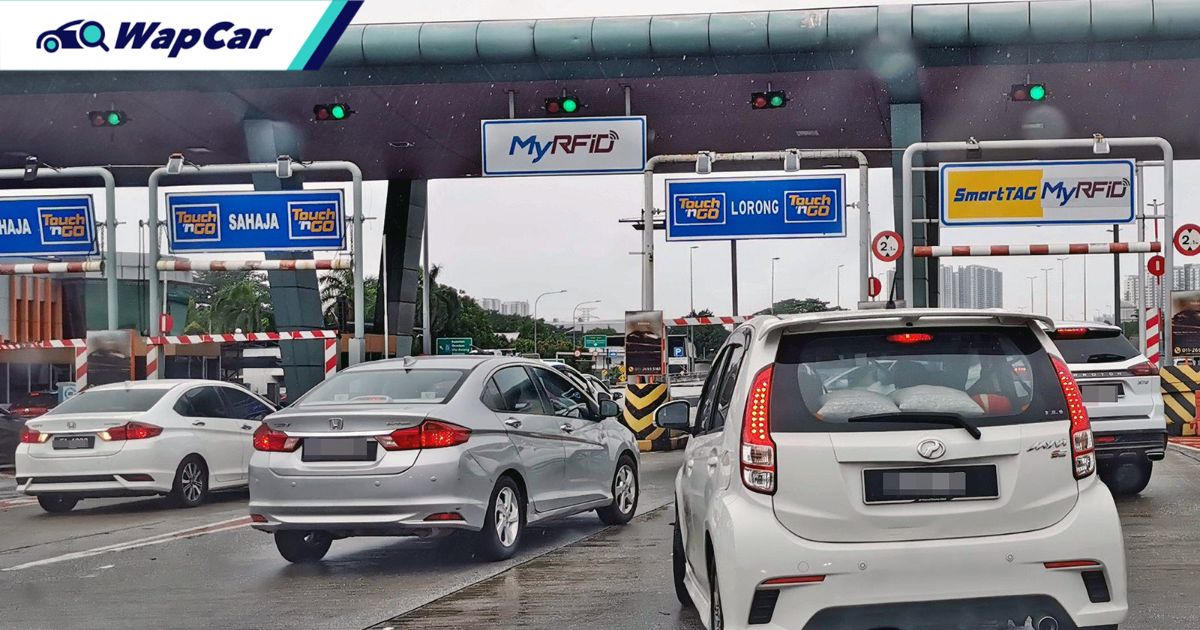 When the Ministry of Works (KKR) announced last week that they will start phasing out Touch ‘n Go (TnG) and SmartTag lanes along the North-South Highway and replacing them with Radio Frequency Identification (RFID) lanes, the reaction was a torrent of dislikes that sadly can’t be seen if this were a YouTube vlog. 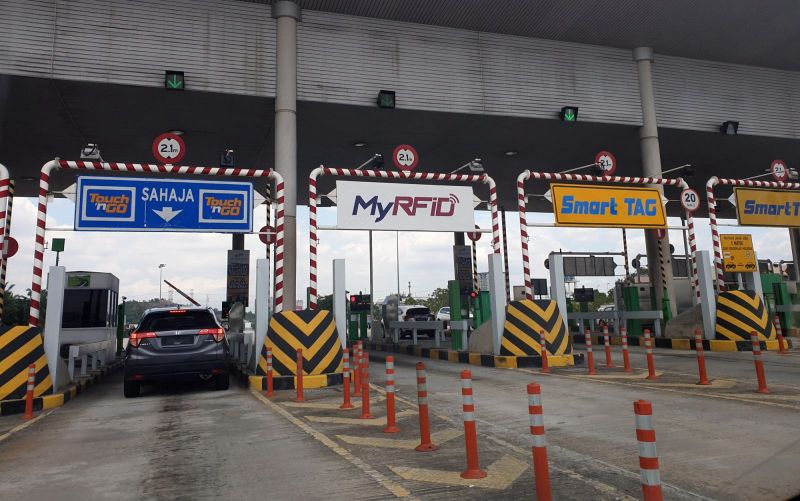 Many readers complained that the RFID system in Malaysia still has a long way to go with reports of users being double charged and toll gantries unable to read their tags being as common as the government’s preferred response to take photo ops instead of helping out during disasters. 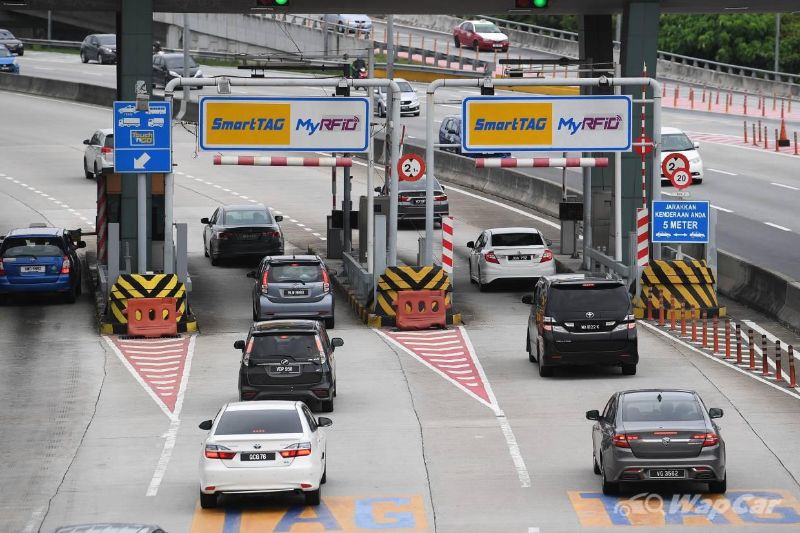 Following the barrage of negativity, PLUS clarified over the weekend that RFID will merely be an additional toll transaction option for users alongside TnG and SmartTag. 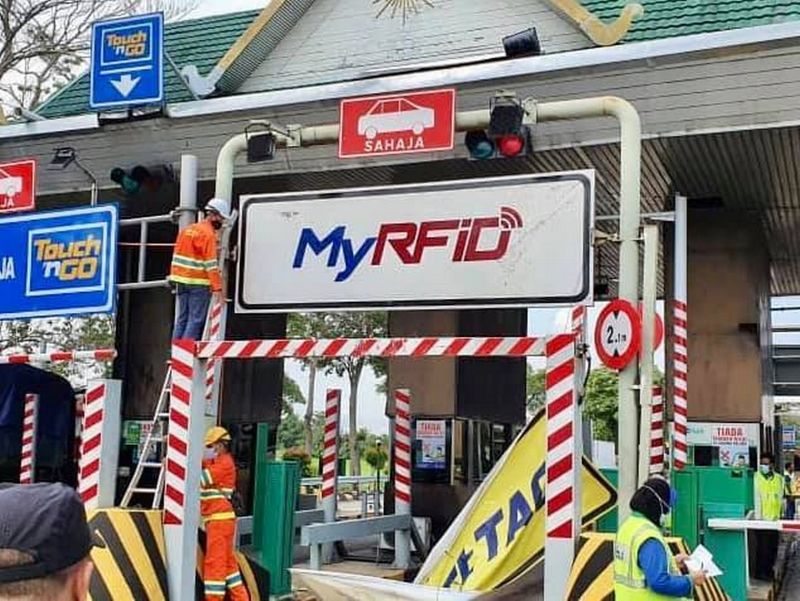 Then, on Monday, Deputy Works Minister Datuk Arthur Joseph Kurup explained to Dewan Negara that the government aims to have 60% of road users nationwide use the RFID system by the end of 2022. This in turn could see the TnG and SmartTag lanes completely phased out by end-2023.

Also read: Works Ministry confirms TnG and Smart Tag to phase out as early as end-2023, migrating to RFID 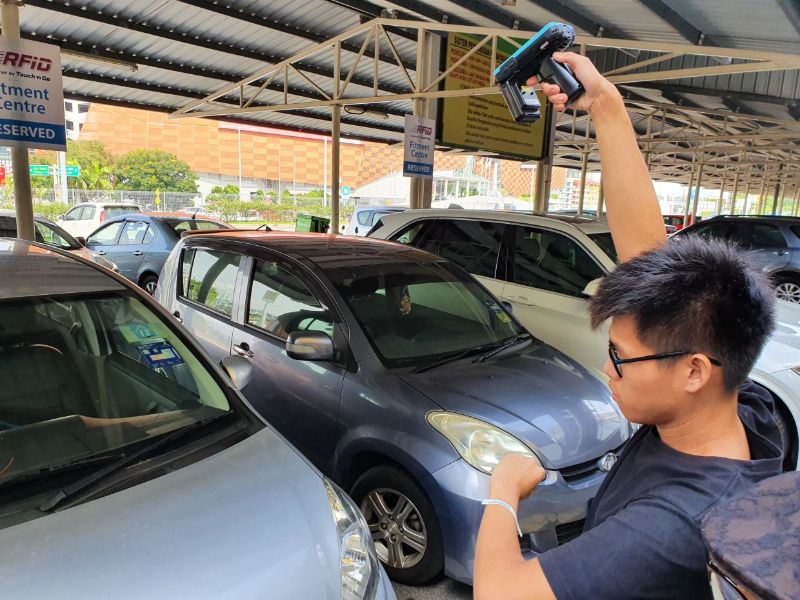 If you want to avoid the impending SmartTag/TnG armageddon, we published a how-to guide for installing an RFID tag. Even if it is meant to be the future of how Malaysian tolls are being operated, nearly three years after its official rollout, it appears to be more of a nightmare.

Though the RFID project was first introduced by TnG in Malaysia in September 2018, it isn’t a new technology. In fact, it's a proven technology to speed up traffic flow. One need not look far for an example of a country that uses RFID for its tolls. 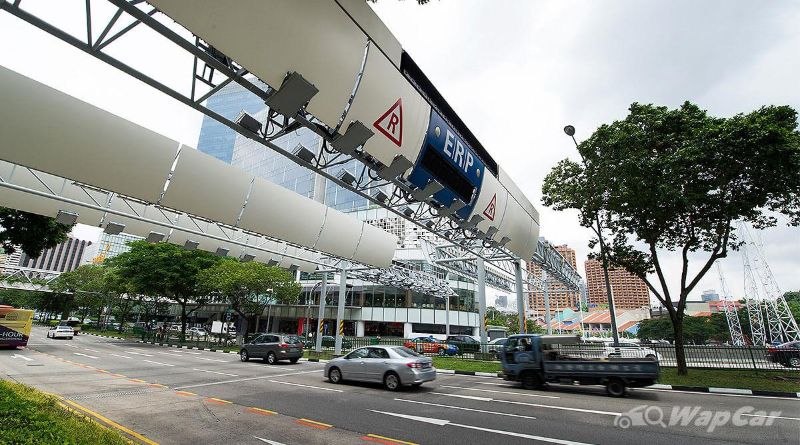 The Singaporean Electronic Road Pricing (ERP) tolls utilise RFID technology since 1998 which in turn replaces the Area Licensing Scheme (ALS). The need for ERP in the island is due to its size and as a way to reduce congestion in the city centre.

In fact, reducing congestion is the main reason why some country’s tolls utilise RFID with Taiwan, Japan, and Australia being other examples. Indonesia is also planning on using RFID for their contactless toll transaction system and it’s called ‘Let It Go Flo’. 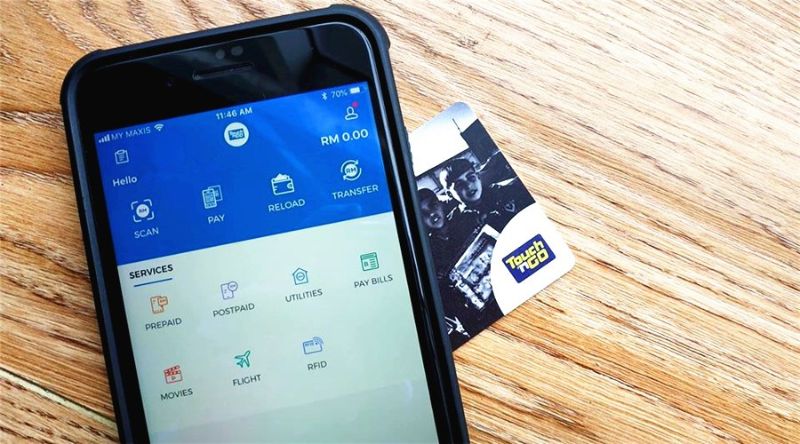 While SmartTag is a contactless feature on the highway, topping up the balance still requires physical transactions at kiosks or counters. Thus, the government thinks using RFID might help curb the spread of Covid-19 as it can be topped up anywhere via the TnG eWallet app.

However, the real intention for the push for RFID is to bring highway users one step closer to gantry-less multi-lane free-flow (MLFF) toll collection.

The MLFF system does away with barriers, allowing for a smoother way to travel on highways and is a more efficient way to collect tolls.

No standardised plates, no barrier-free tolls

Of course, it sounds great to not slow down or drive past a toll booth since an overhead gantry is used to read the in-car electronic toll payment hardware.

However, that barrier-free toll collection cannot happen in Malaysia unless standardised number plates are enforced. 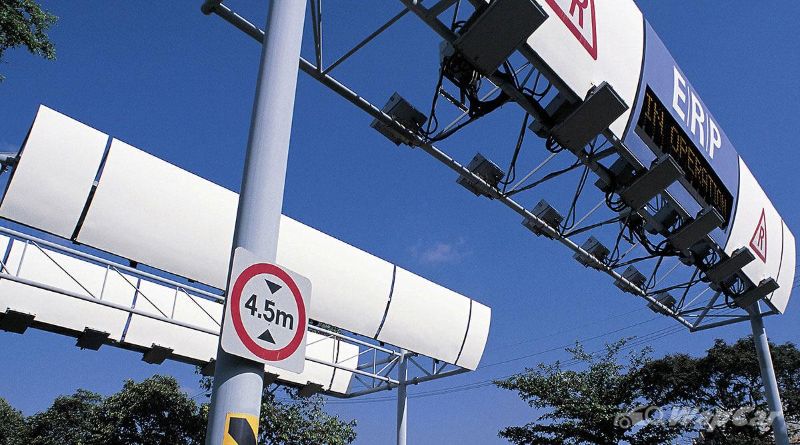 Having a standardised number plate font might be boring to some but in order to get unimpeded traffic flow, it's pretty much a necessity. After all, the ANPR would not function if the number plates aren't standardised.

There may be millions of fonts out there but the system can only recognise one. 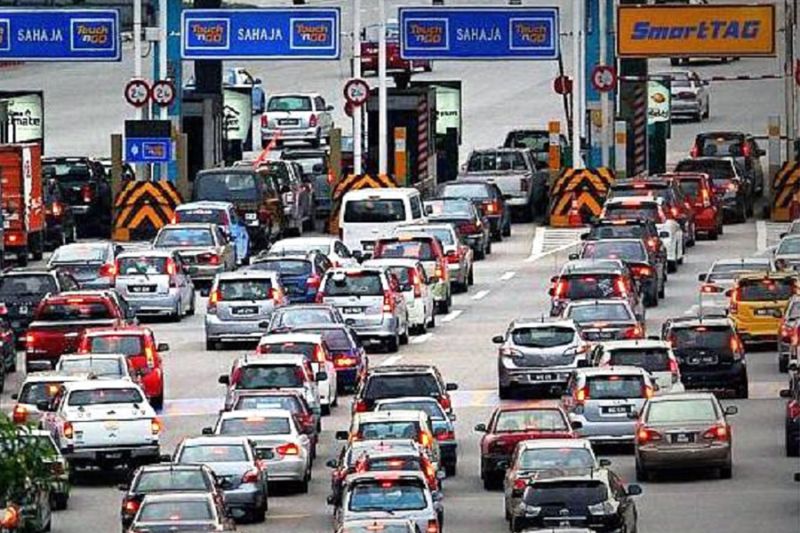 Plus, it isn't realistic to expect everyone to have sufficient balances. After all, we've all been stuck behind someone who doesn't have enough balance at the tolls as they try to reverse out of their way.

It's an annoying scenario but ANPR could solve that by simply sending a summon to the said offender, giving them trouble instead of everyone else.

Similarly, if the powers that be insist on making their dream of an MLFF RFID highway a reality, they need to put their foot down on standardising the number plate system, but that's an area beyond highway operators or the Works Ministry's control, but JPJ.

Unlike asinine decisions like allowing people to dig up savings from their pension funds as a way to survive, enforcement of standardised number plates so barrier-free toll collection can work is one few will criticise.

Yes, PLUS says the RFID lanes will feature ANPR, but the task is not completely automated, as manual checking is still necessary if the software can't read the vehicle's number plate. Also, vehicles are still required to slow down to 30 km/h. In other words, no barrier-free tolls.

Not realistic to expect infrequent users to maintain RFID 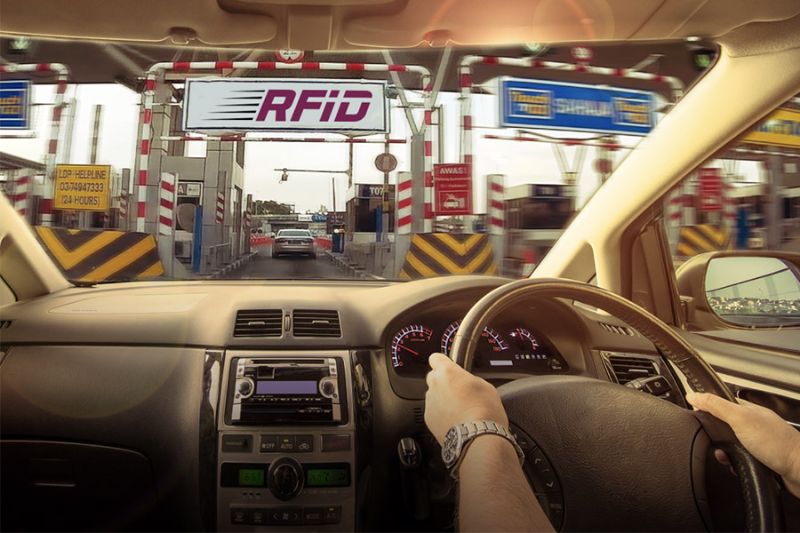 Another potential barrier for the use of RFID is that it is unfair and not practical to ask an entire Peninsular Malaysia to adopt RFID since not everyone uses the highway with the same frequency.

It’s pointless to ask someone living in Muar or Raub who only travels to the KL or Penang once a year to use RFID.

Again, this is where ANPR and the enforcement of standardised plates are needed. Case in point, Australia, which doesn’t enforce RFID on all of its cars.

Australia is massive country and its highways are operated by different concessions which in turn have their own RFID system in place. Despite that, these are all interchangeable across the toll roads across the island/continent.

To solve that and make it fair for infrequent users, Australians can use toll roads even without an RFID tag.

The ANPR would recognise the number plates and record them in the tolling systems. The bill would then be sent to the users through the mail, albeit with a slightly higher rate than RFID users. For drivers who only drive on tolled roads occassionally, this arrangement makes sense.

Of course, for this to work, standardised plates and updated records of mailing addresses are necessary, and there needs to be a centralised system where drivers with outstanding toll payments cannot renew their vehicle registrations (their version of our annual road tax renewal).

There are many methods on how the RFID tags are placed - stickers (Taiwan, Malaysia), transponders (America, Australia), or a card reader (Singapore, Japan).

Regardless of how the system works, one thing is for certain; RFID helps to reduce congestion and improve traffic flow overseas but users in Malaysia face the opposite. 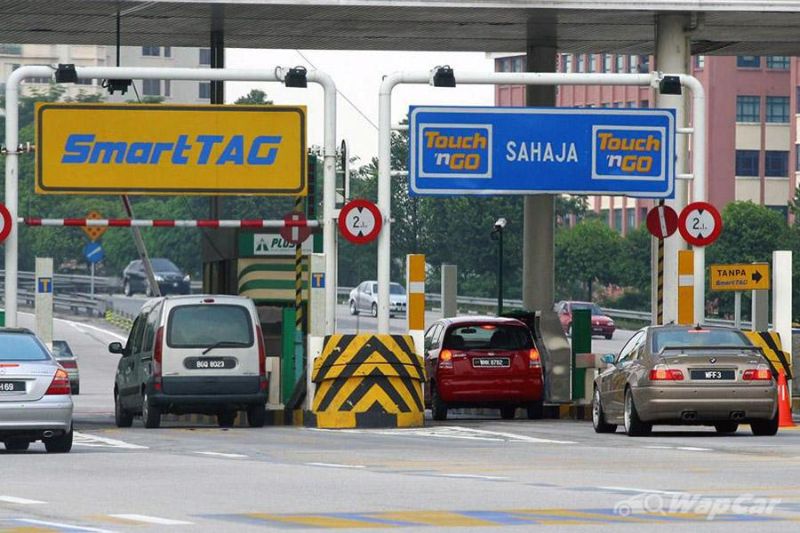 The reason for this isn’t necessarily the tech itself but who is operating said tech.

TnG holds the monopoly, which means that it has little incentive to keep users happy. Meanwhie users in other countries are free to choose their preferred payment method. Singaporean drivers can even insert their credit cards into their ERP reader! 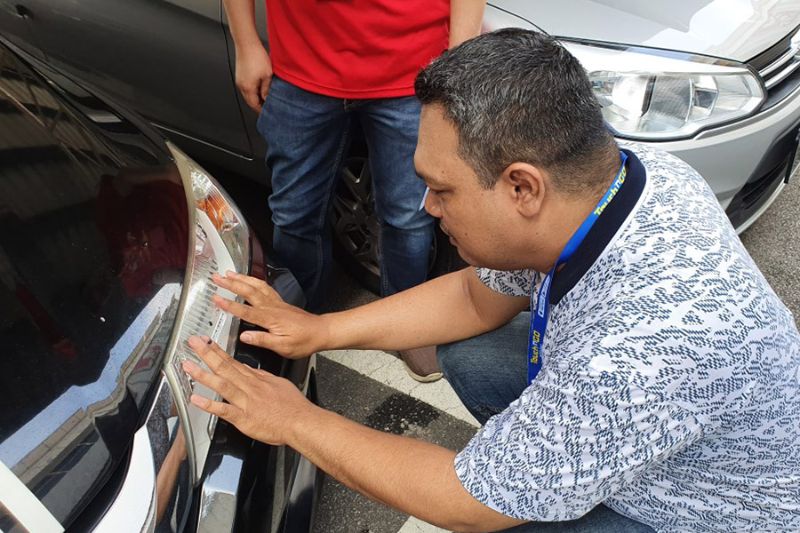 While the 2018 pilot programme for RFID was meant to smooth out the kinks before a proper rollout, some of these issues still persist three years later.

Issues like boom barriers that fail to open, slow detection from the RFID sensors, and overcharging were as common during those early ‘beta-testing’ days as today. Though the RFID lanes have been increased all over the country to the point that it replaced SmartTag lanes, its bugs still persist like a remastered GTA game.

Also read: PLUS closes Smart Tag lanes in the north to make way for RFID

All those issues should have been fixed as the RFID programme moved on to the full rollout that costs RM 35 to purchase. Instead, these issues continue all the while KKR decides that the traditional physical card systems will be phased out within the next 2 years.

Perhaps a revamp of the entire system is needed rather than pressuring pushing people to accept RFID. It’s quite obvious that the system at its current state isn't the future but a white elephant that Malaysians are forced to bear and accept.