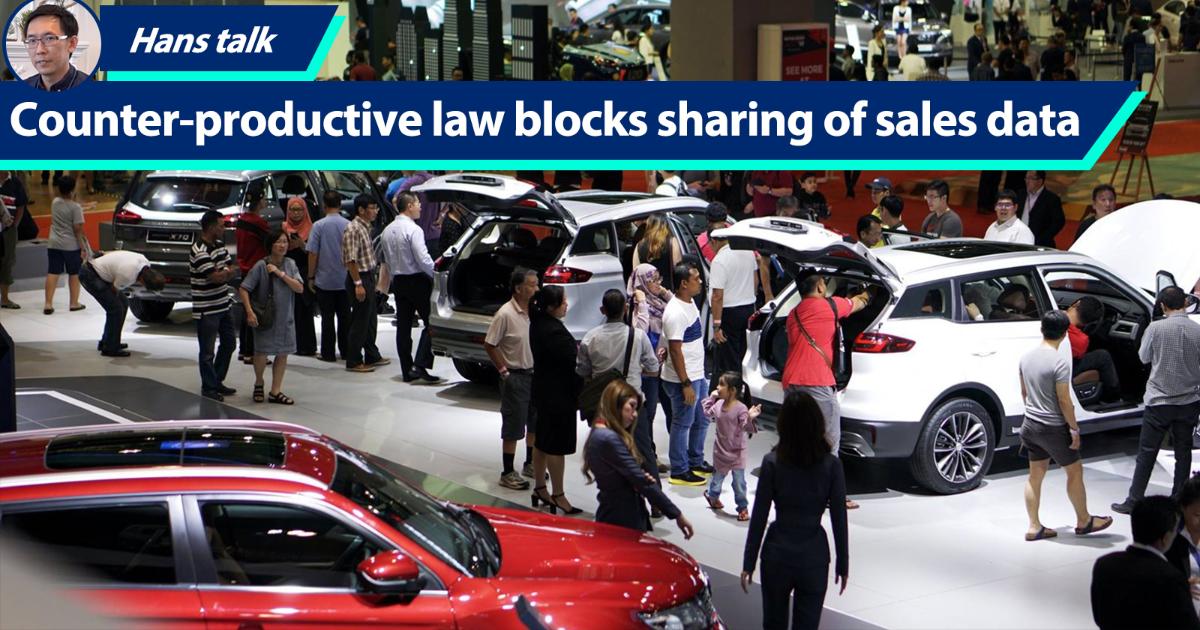 Market intelligence forms the basis of any company’s ability to make reliable forecasts and volume planning. Without it, the company is merely shooting in the dark.

What is the projected sales mix between the S, E, and V variants of the Honda City? What’s the monthly sales volume? What’s the colour demand trend?

All these questions need to be answered at least 6 months in advance because that’s how the manufacturing industry works. 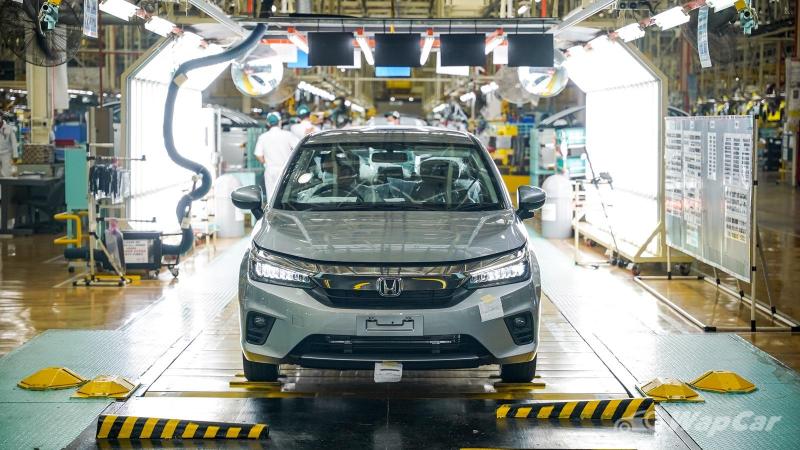 Most of the world’s manufacturing plants operate using the so-called JIT (Just In Time) method to minimize warehousing cost and avoid losses from overproduction or underproduction. For this to work, manufacturers need very accurate forecasts based on reliable market intelligence data.

Make a wrong forecast and you are looking at a costly problem of having too many cars that few want, while at the same time losing sales from not having enough cars that are in demand. 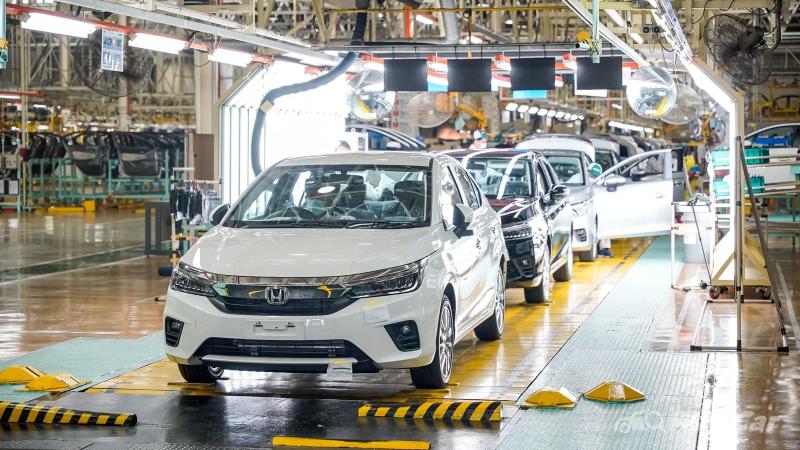 This is why all major car companies employ a team of fortune tellers. But we don’t call them that because rather than relying on hocus pocus talk, they are guided by data. Still, their role is the same – to foretell the future.

Volume potential analysis is super important in making a ‘Go or No Go’ decision on whether to introduce a new model.

Should UMW Toyota Motor invest in localising a CKD Toyota Corolla Cross hybrid? What’s the investment required, setup time, and how much volume can the company hope to sell, and for how long can the sales volume be sustained? What’s the outlook for the next 5 years of the car’s model life? What other new competitors are coming, and will the government make any decisions that will threaten the investments made? 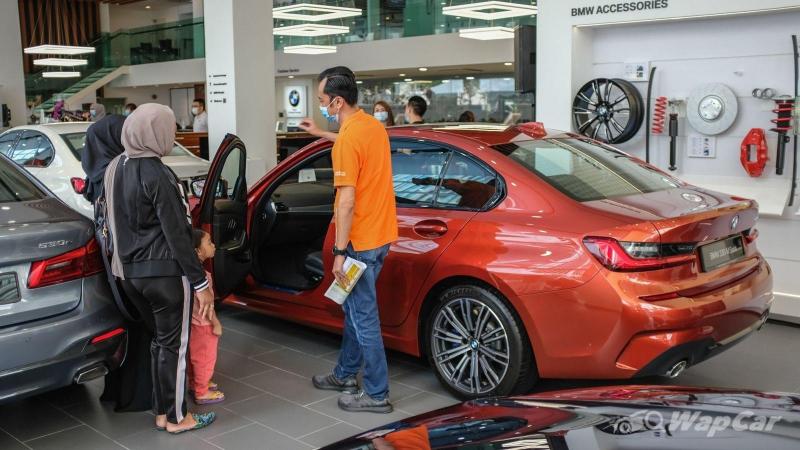 These are questions worth over tens of millions of Ringgit, if not hundreds, and it’s not something that product planners can tell their company’s management based on gut feel.

One can’t answer such questions with “Facebook comments say….” or “My friends say…,” or the worst of all, “I think…” because that’s the fastest way to get shouted at by a car company boss.

But since 2012, car companies in Malaysia have been doing just that, relying more on gut feel more than data, which explains some of the hits and misses of recent new model launches. 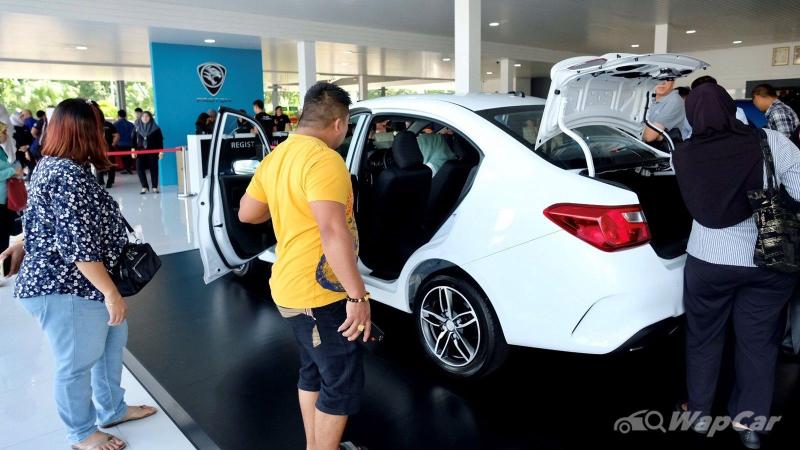 It’s a situation that’s unique only to Malaysia because believe it or not, vehicle sales data are not available here, at least not in a straight-forward, cost-effective manner.

For many car company executives parachuted in from other countries to manage a local operation in Malaysia, this is quite a WTF situation for them to discover. 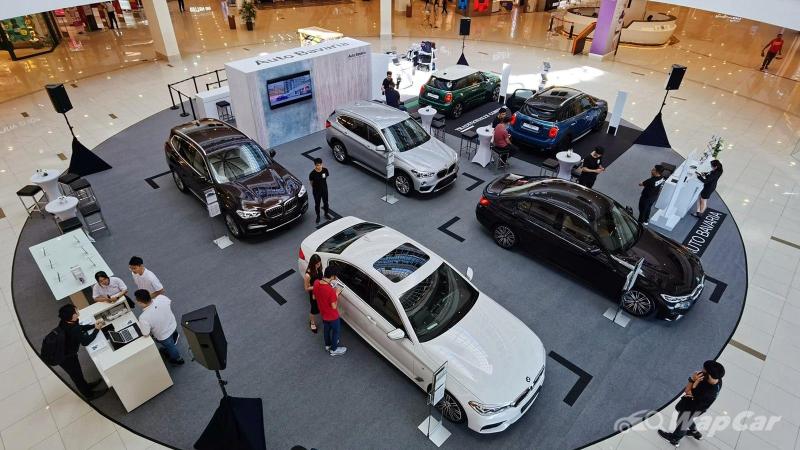 Compiling basic market intelligence information like historical sales data, broken down by month, model, segment, and geographic location is considered a very, very basic business process that any car company is expected to do on a regular basis, except for Malaysia. 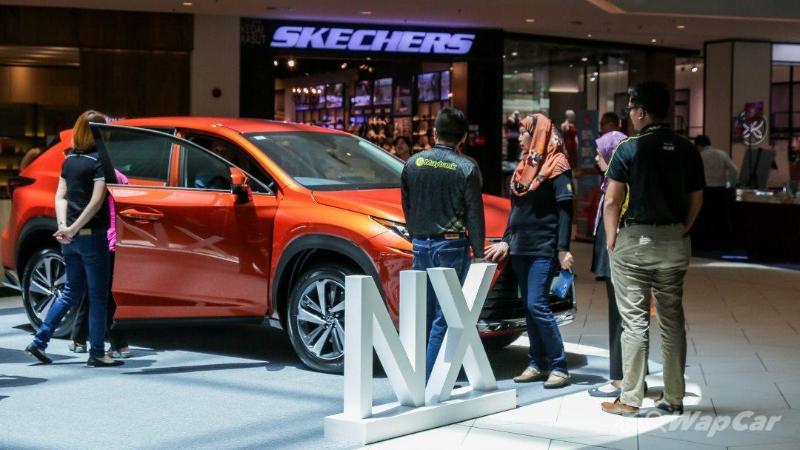 Why MAA can no longer provide detailed monthly sales data?

The Malaysian Automotive Association (MAA) used to be responsible for compiling monthly sales data, broken down by model.

However since 2012, they have been barred by the Malaysia Competition Commission (MyCC) - a government agency setup to enforce Competition Act 2010 – from doing so. 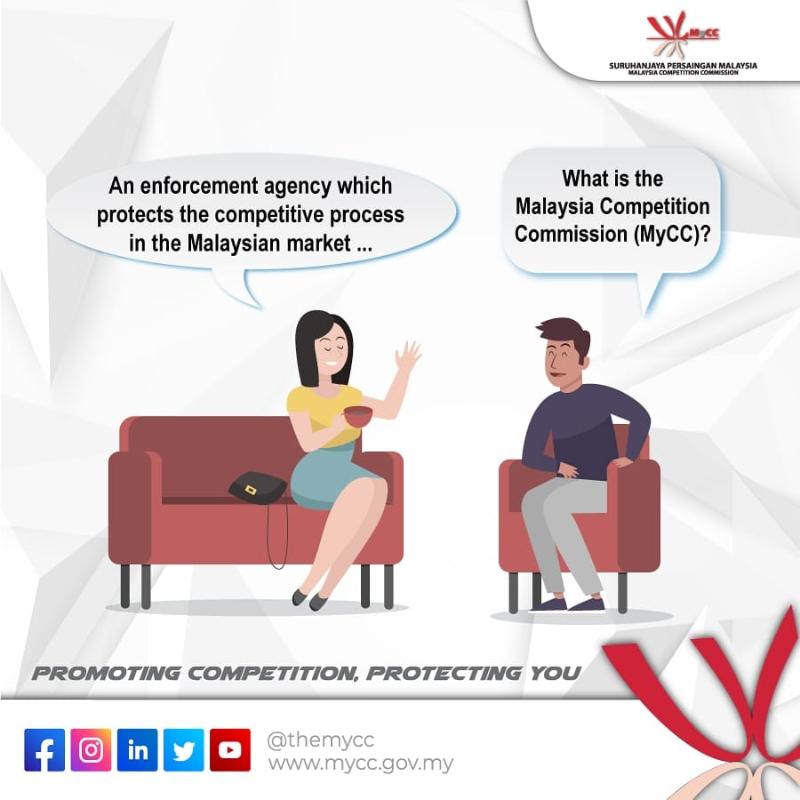 MyCC, in its infinite wisdom, says that the practice of information sharing among car companies promotes cartel-like behaviour.

Puan Shila Dorai Raj, then the CEO of MyCC had in 2012, went full lawyering mode and warned MAA, “Section 4 of the Competition Act 2010 (CA 2010) prohibits any enterprise from forming any horizontal or vertical agreements that may significantly prevent or distort competition in the market.” 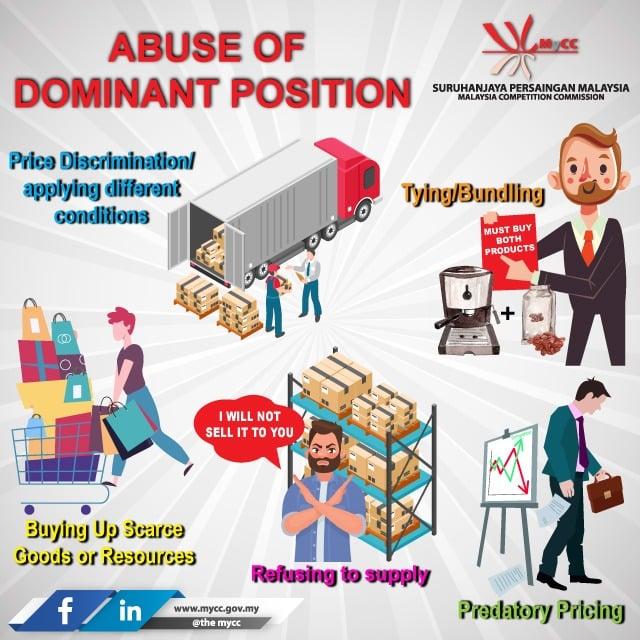 If JPJ wants to publish the detailed breakdown of vehicles registration data, of course they are free to do so. 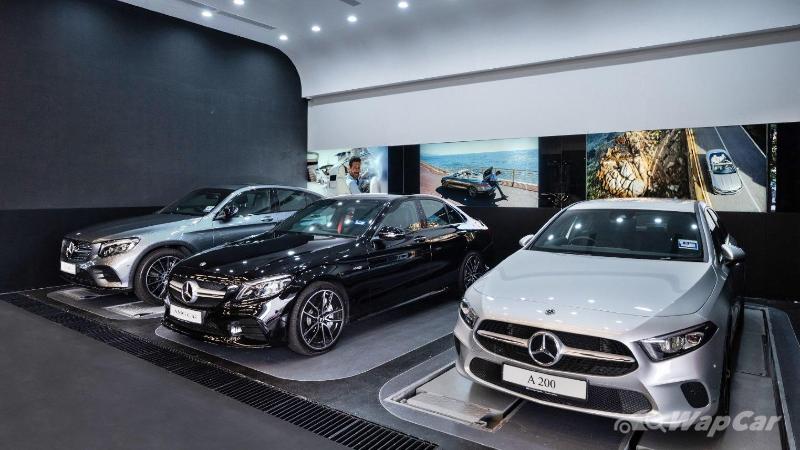 MyCC’s rationale is not without precedence. For example, the European Automobile Manufacturers' Association (ACEA) only publishes aggregated sales data (only top-level data by brand, no detailed model breakdown) to adhere to the European Union’s Competition Act, which is the among the strictest in the world.

However to European manufactures, this is not even an issue to begin with because car companies there have never relied on the ACEA for sales data, for a very good reason. 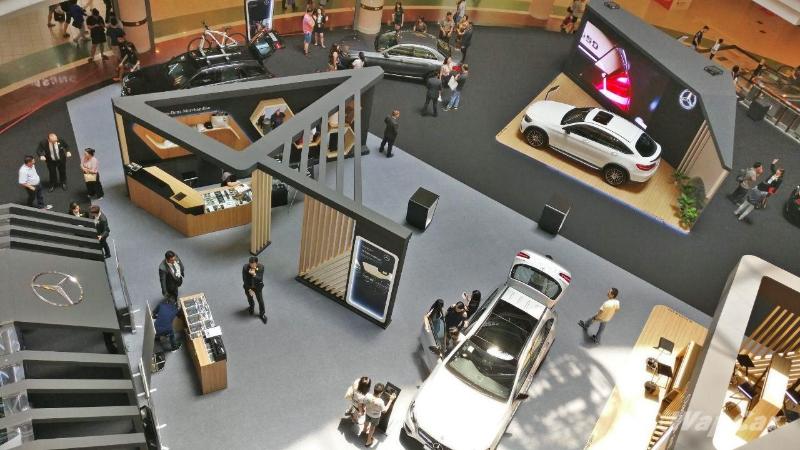 See, sales data gathered by industry lobby groups are never 100 percent accurate because it’s based on voluntary submissions by the association’s members. Instead, car companies refer to the local country’s road transport authority, their equivalent of our JPJ, for the sales data, which is indisputable because it’s an actual record of vehicles registered.

In Germany, the Kraftfahrt-Bundesamt (KBA, German Federal Motor Transport Authority) provides this data for free. Below is a detailed breakdown of 2020’s total new vehicle registration in Germany, extracted by this Malaysian at zero cost.

We will explain why JPJ can’t do the same later.

MyCC’s justification is a very weak one especially when spoken in the context of Malaysia.

According to MyCC’s rationale, if MAA compiles historical sales data of Proton Saga and Perodua Bezza, it will encourage Proton and Perodua to collude and fix prices.

“The detailed information exchanged and shared by the MAA’s members may facilitate them to coordinate their prices. Furthermore such information could facilitate members to plan their marketing strategy by allocating territories or adjusting their production,” said MyCC.

MyCC’s argument is based on nothing more than fictional ‘What if’ scenarios conjured by them. There is no data to even remotely suggest that fierce rivals like Toyota/Honda, Mercedes-Benz/BMW, Proton/Perodua are willing to work together to fix prices. In fact, the last 5 years have seen a bloody price war, fueled by EEV incentives. 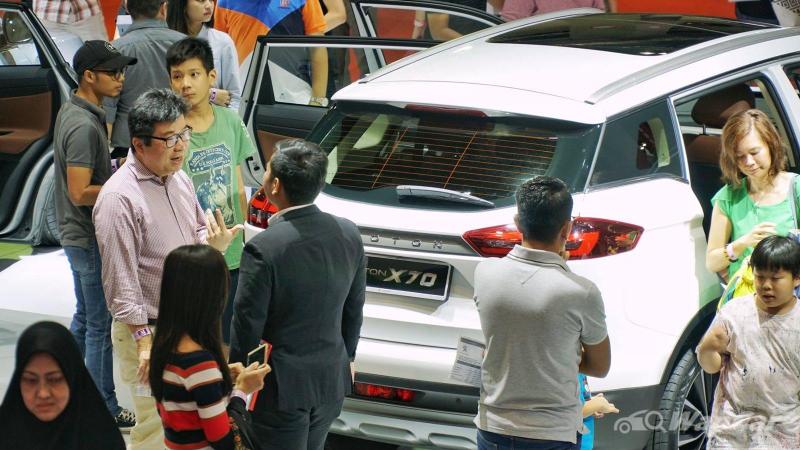 Put aside the loosely defined, quasi-national car status for a moment. Did Geely spend so much money in Proton so it could fix prices with Perodua and stay as the No.2 brand here? For what? To maintain harmony in the fictional car cartel? 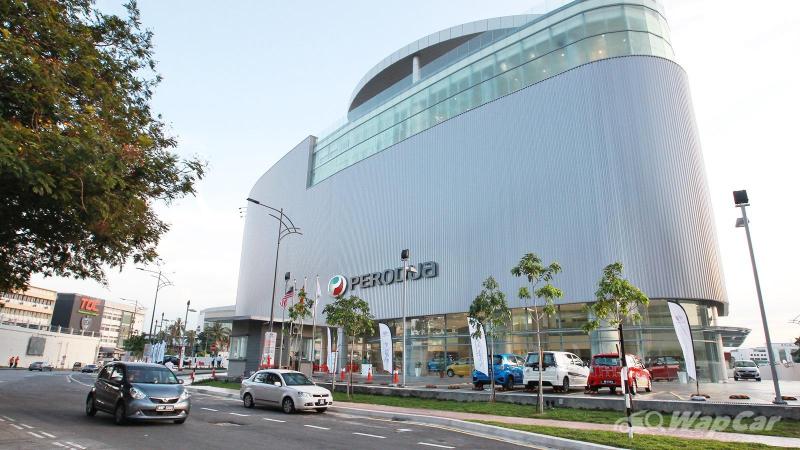 The UK’s Society of Motor Manufacturers and Traders (SMMT) and Australia’s Federal Chamber of Automotive Industries (FCAI) function like our MAA, and they are still compiling detailed monthly sales data and their respective country’s anti-competition laws don’t see any problem.

Unless MyCC wants to suggest that our competition laws are stricter than all these countries and after 9 years of no information sharing, competition in the Malaysian car market is now more intense, and car prices are cheaper.

Fun fact: In 2012, when MyCC barred MAA’s info sharing, the top-5 car brands control 80.7 percent of the market. In 2020, that same 5 brands now control nearly 90 percent of the market. Where is the result of MyCC’s effort to stamp out cartels and promoting competition? As our number cruncher friends in car companies will say – “Where’s the data?” 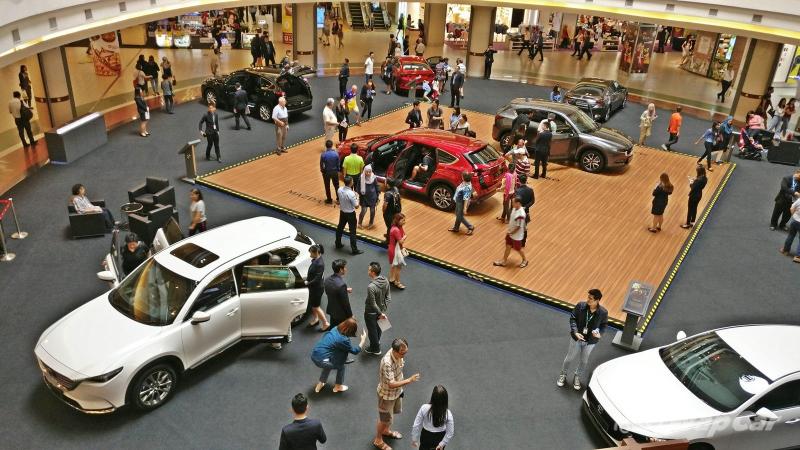 What MyCC doesn’t know is that since MAA members now only need to submit their respective brand’s sales in an aggregated manner (no breakdown by model), it’s actually easier for some members to fudge their numbers.

Last month, there was a pretty serious dispute amongst MAA members regarding the integrity of data reported by some car companies, which they alleged, are over-reporting their numbers and are submitting far too many adjustments to their previous month’s figures, sometimes after a competitor have announced theirs. 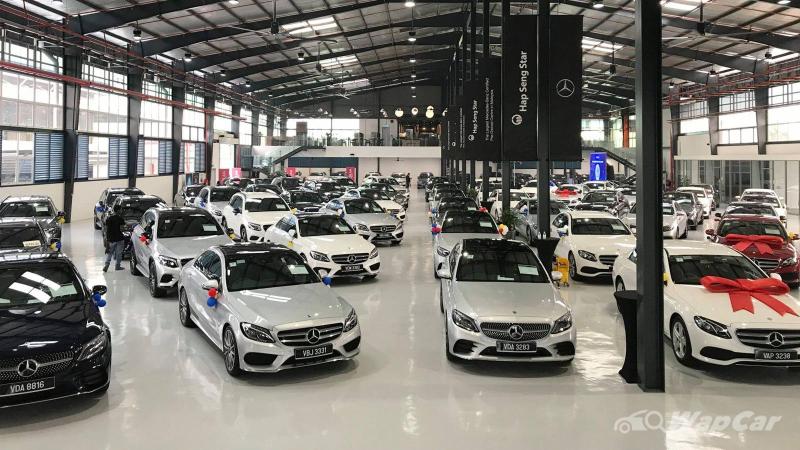 Recently, Mercedes-Benz Malaysia (MBM) has decided to stop sharing its sales data with MAA. When asked to comment on why its 2020 numbers are no longer in MAA’s report, Dr. Claus Weidner, President & CEO of Mercedes-Benz Malaysia told WapCar.my that registration data is available at JPJ. He further elaborated:

“Mercedes-Benz Malaysia is an active supporter of MAA and its activities to develop the Automotive Industry in Malaysia. While proactive reporting of sales figures by brands to MAA is an easy option, we believe a more accurate way of assessing Total Industry Volume (TIV) is to have it based on total cars registered under the Road Transport Department (JPJ). We have shared this point of view with MAA and are happy to collaborate to ensure we consider the actual JPJ registration figures for TIV.” 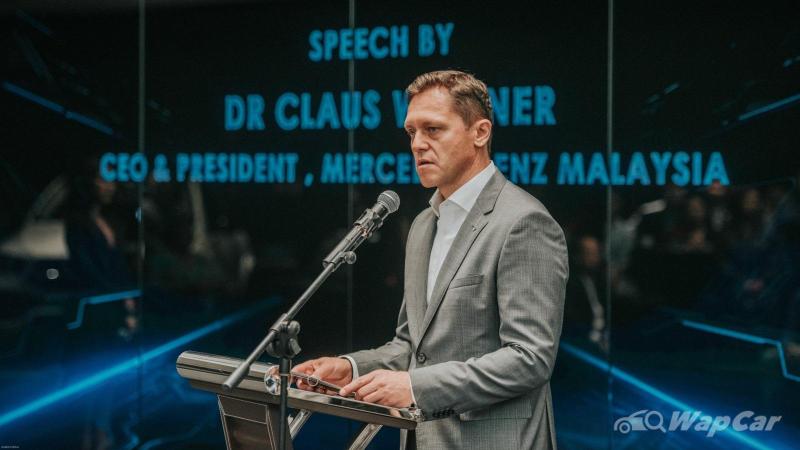 Apart from Mercedes-Benz, WapCar.my understands that several mainstream brands have also made similar complaints to MAA, saying that the existing practice of compiling voluntarily submitted data is no longer realistic since some MAA members can no longer self-regulate themselves to maintain data integrity. The correct next step is to refer only to JPJ’s vehicle registration data. 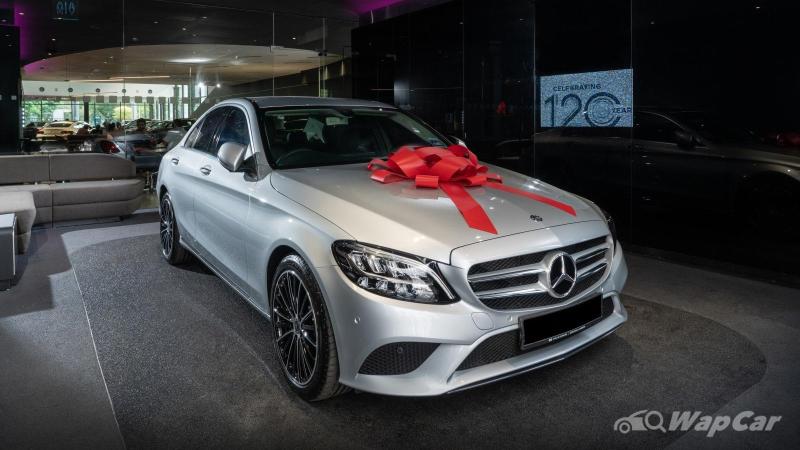 The problem with JPJ

This leads us into another problem. Neither MAA nor car companies themselves is able to get vehicle registration data from JPJ, at least not in a cost effective manner.

JPJ charges RM 10 per vehicle registration data. Every year, Malaysia sells about 600,000 cars (Covid-19 2020 aside). If a car company wants to have the full set of data, it will cost them RM 6 million. You can see where the problem is now.

It’s a problem that MBM, and many other car companies, are expecting the MAA, as an industry body representative, to solve. 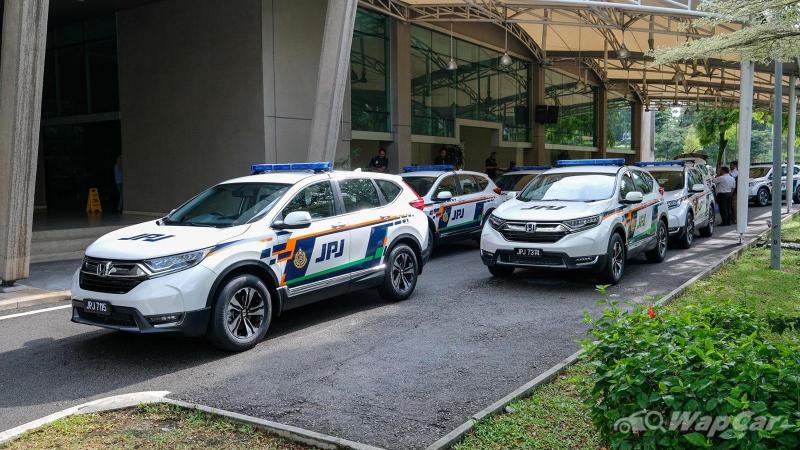 The MAA is now stuck between a rock and a hard place. It holds no sway over JPJ, which is placed under the Ministry of Transport, and JPJ is not budging.

JPJ argues that the RM 10 per data fee is a fair price to charge for the service. Also, extracting the data is not that simple as JPJ’s archaic system was never meant to generate monthly reports in such a manner, so it’s partly also a system-related issue. 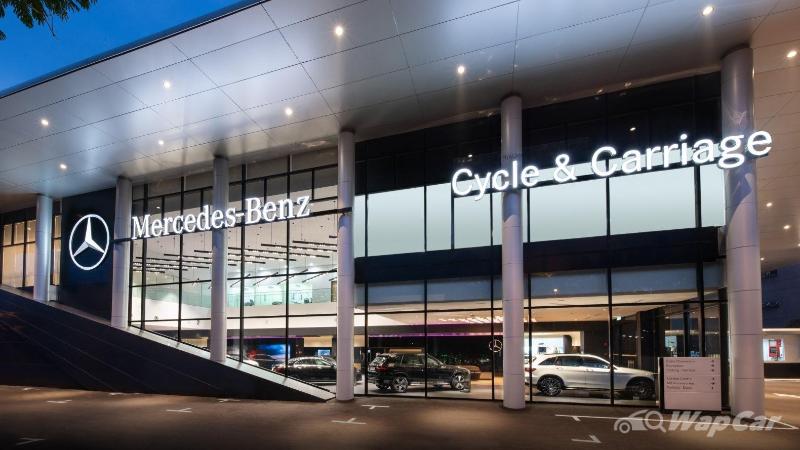 In any case, car companies will just look at these as poor excuses by a country who holds high ambitions to be a regional automotive hub, but can't get the basics right.

WapCar.my wants to ask for the recently appointed Minister of Transport Datuk Seri Ir. Dr. Wee Ka Siong to look into the matter.

Wee is not a manufacturing industry person but he is a civil engineer by training. Wee also holds a Master's Degree in Traffic Engineering from Singapore’s Nanyang Technological University and a PhD from UTM in transportation planning – all are very numbers driven, very data intensive disciplines. Surely he understands the importance of having accurate data in the planning of any project.

Having sufficient market data is the most basic guide for the government to form sound industrial policies (is that why our auto policy is without direction?) and for companies to evaluate viability of their investments. Without it, you might as well just hire fortune tellers to guide your business. Right now, car companies flying blind here are just a couple of steps away from doing the equivalent of that.