HomeNewsRoad tax paid to JPJ don’t go to road maintenance, so what are we paying for?

Road tax paid to JPJ don’t go to road maintenance, so what are we paying for? 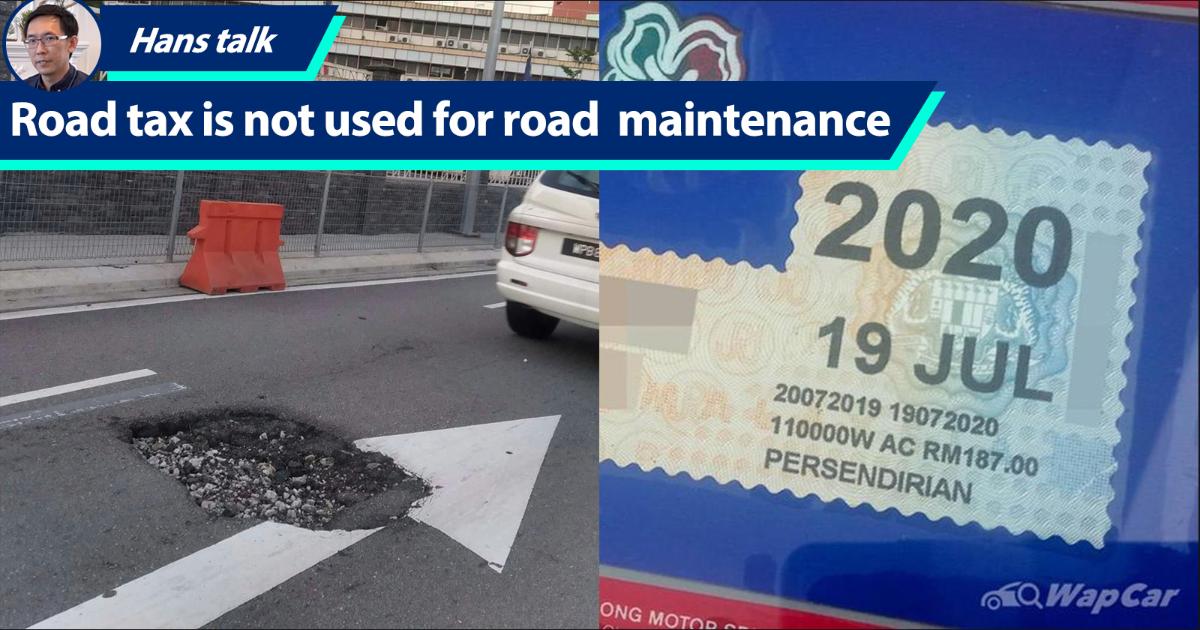 Most of us take it for granted that road tax, by virtue of its name, goes directly into maintenance of non-tolled roads, but that's actually not true. Instead, road tax is just yet another channel of government revenue, and it's not used exclusively for road maintenance. Which begs the obvious question, what are we paying for then?

Before we go further and for the benefit of those who missed our last article, here's some background. The former Director General of MIROS (Malaysian Institute of Road Safety Research) and current  Deputy Vice-Chancellor of Universiti Sains Malaysia Professor Dr. Ahmad Farhan said in a recent interview that road tax collected by JPJ doesn’t go towards road maintenance, but to a general use fund.

“The road taxes that the Road Transport Department (JPJ) collects funds many purposes including public transport projects like Prasarana’s MRT, LRT and Rapid Buses, and not specifically on road maintenance.

“So what are we paying road taxes for: bad road conditions,” Farhan asked rhetorically. 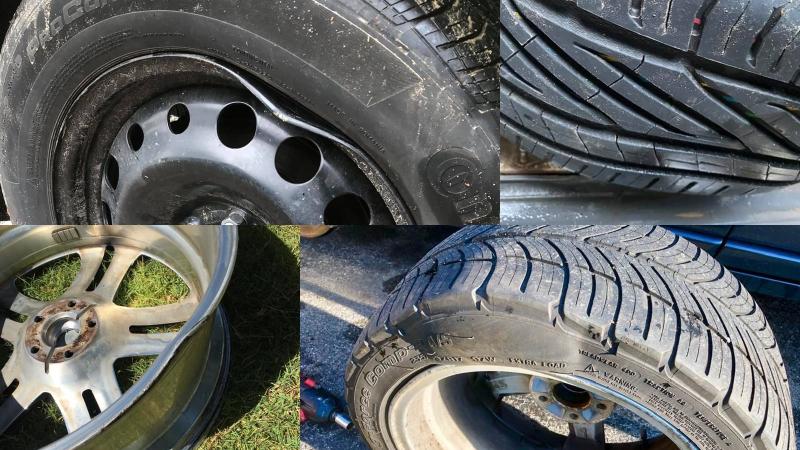 Farhan was speaking to Yamin Vong, the former editor of the New Straits Times’ Cars, Bikes and Trucks weekly pullout.

The reasons behind the many potholes on our roads is explained in an earlier article here.

Actually, the term road tax is a misnomer. Under Malaysia’s Road Transport Act, there is no such thing as road tax. There is however provisions for Motor Vehicle License, which we colloquially refer to as ‘road tax.’

This so-called ‘road tax’ is inherited from our British colonial masters, along with the practice of affixing a road tax disc on a motor vehicle’s windscreen (now replaced by a road tax sticker).

But even before Malaysia gained its independence from the British, Westminster have long figured out that it is not practical to ring-fence road tax revenue and have it used exclusively only for road maintenance. This is because road maintenance is often the responsibility of local councils, which draw their funds from the government.

Since 2015, the UK have abolished road tax, replaced by Vehicle Excise Duty (VED), which is equivalent to our vehicle excise duty but out of habit and convenience, the British still refer to VED as ‘road tax.’

The difference between UK’s VED and our road tax is that VED is paid yearly, based on a car’s CO2 emission. For us Malaysians, our vehicle excise duty is paid up front, upon purchase of the vehicle, based on the car’s engine capacity but locally-assembled models get discounts based on the value of their local content. On top of that, we pay an annual road tax based on engine capacity (or power output for electric vehicles).

Of course, we don’t need to go further on how much excise tax are Malaysians paying for our cars.

Unlike the Brits, Malaysians are paying both (exorbitant) excise tax as well as road tax.

While Britain’s VED have long been considered as just another form of tax (as opposed to a tax to fund road maintenance), the issue of poor road conditions and high number of accident-causing potholes became a contentious issue in British Parliament in the early part of the last decade.

When it was revealed that just 24 percent of VED and fuel tax (also paid by motorists, grouped together with VED as motoring tax) was spent on road maintenance, there was strong pushback from the public.

In 2014, Professor Stephen Glaister, RAC Foundation director, said: “Over the past five years the gap between the Chancellor’s income from motoring tax and what he spends on roads has widened sharply.

“At the same time, the pothole backlog has been growing and local authorities are warning that spending commitments on social care and environmental services mean there will be even less money available to maintain our highways in the future.”

But that’s the UK, so what about Malaysia? Over here, car owners bear the brunt of our country’s fiscal commitments, but we still don't see minimum standards in road maintenance. 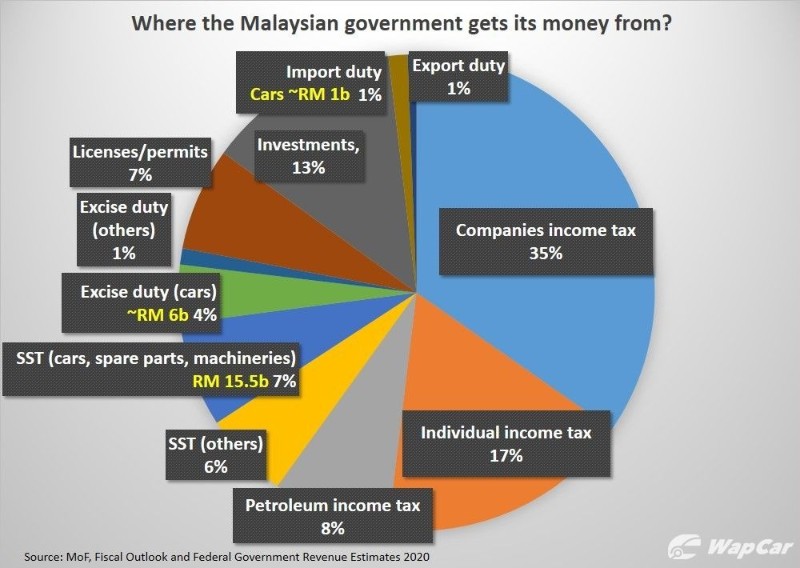 The last publically available information regarding road tax revenue collected by JPJ was for 2018, when then Minister of Transport Anthony Loke said JPJ collected RM 4.32 billion in 2018, of which 69 percent were contributed by road tax (about RM 2.98 billion).

Fun fact: Malaysia is one of the few countries where drivers pay excise tax, sales tax, road tax, as well as highway toll for travelling within urban areas. In most countries, it's only one or the other, and typically drivers only pay for tolled highways when they travel to places far away from urban centres.

Not only that, our sales tax is calculated after import and excise tax are loaded, so it’s a tax upon another tax.

But it’s not all that bad. Remember that Malaysians pay the one of the cheapest fuel prices, parking charges (with almost non-existent enforcement), and motor insurance rate. Malaysians can drive any how they want at any speeds thanks to lax enforcement. Short of killing someone, there's no way you can realistically lose your driving license here. Elsewhere, a simple speeding offence (especially when it's way above the posted limit) is enough to lose your license.

None of it are anything to be proud of, as it only highlights the state of the rule of law in our country but hey, you can’t pick and choose what you want in life. Good governance comes together with strict enforcement of regulations, not all of it agreeable to you.

Potholes that claims lives of motorcyclists are merely symptoms of a bigger problem.

So, now that we have established that road tax don’t contribute to better roads, will there be a politician who want to campaign on the platform of abolishing road tax?

The shortfall in revenue can be compensated by doing more than just opening number plates for auction. Why not go all the way and make vanity plates legal, but impose an annual renewal fee on it?

In Australia, some states limit vanity plates’ validity period to between 12 and 36 months, subject to renewal fees.

Of course, supporting such a move would require JPJ to enforce standardised plates and hold the monopoly for printing of number plates (which since they can make money from too), but why is that so difficult, when even Thailand, Indonesia, and Vietnam can easily do it?