Home > News > Sales of Honda Jazz keeps falling in Japan, but it’s just not because of Toyota Yaris

Sales of Honda Jazz keeps falling in Japan, but it’s just not because of Toyota Yaris 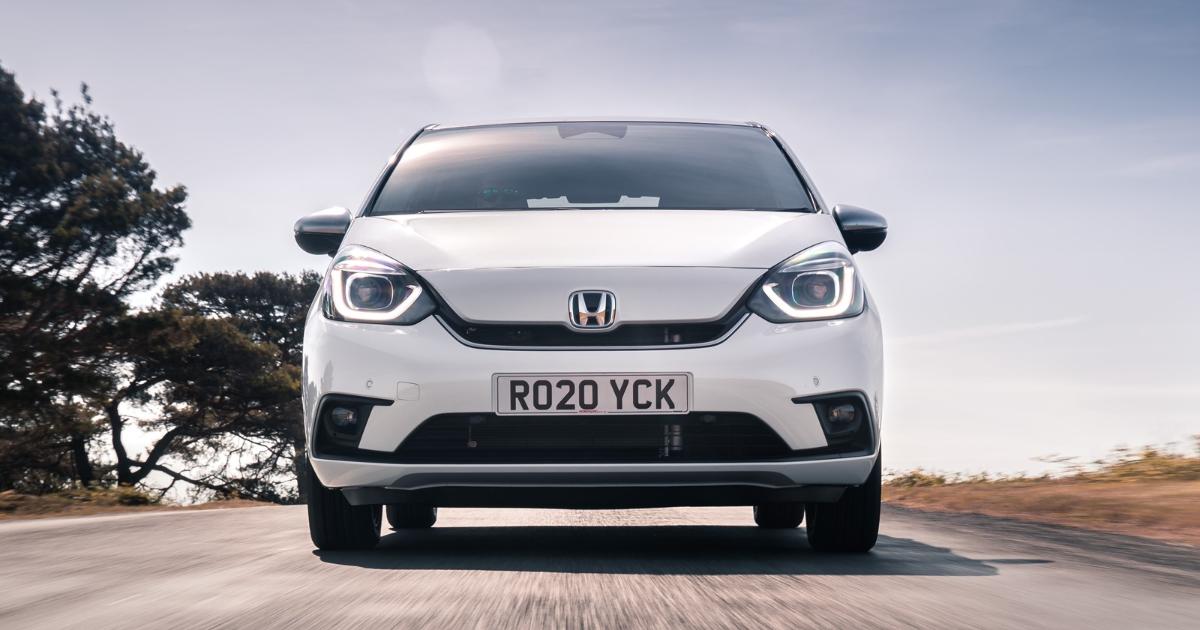 The Honda Jazz, which is sold as the Fit in Japan, is now stuck in a rut. Sales has been in a free fall for most of 2021, while arch-rival Toyota Yaris, despite being a smaller, less practical car, is firmly entrenched as Japan’s No.1 selling car.

Yes, the Yaris’ numbers include the Yaris Cross and GR Yaris (Toyota doesn’t separate sales numbers for the Yaris family), but given that the Yaris family sells 5x more than the Jazz, it is safe to say that however you choose to dissect the numbers, there is no scenario where it will be favourable to the Jazz. 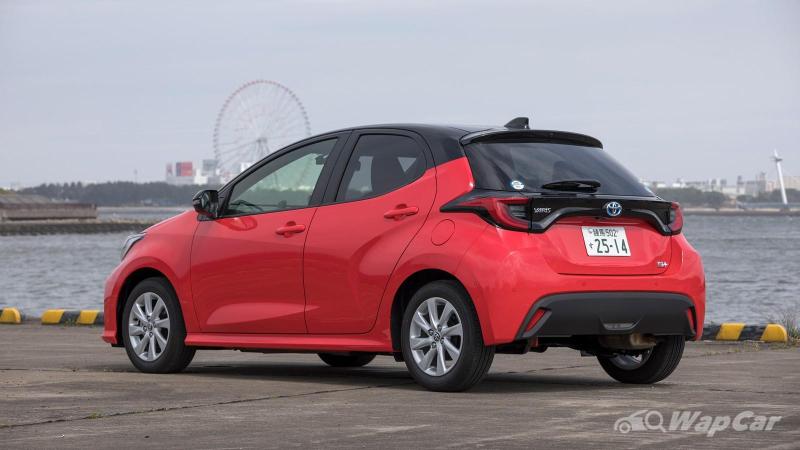 The change in fortunes for the Jazz is quite dramatic. The first generation Jazz was a legend among car dealers in Japan. It was the first car to dethrone the Toyota Corolla as Japan’s No.1 selling car. For 33 years, the Corolla has held the top spot unchallenged, until the Jazz came along. 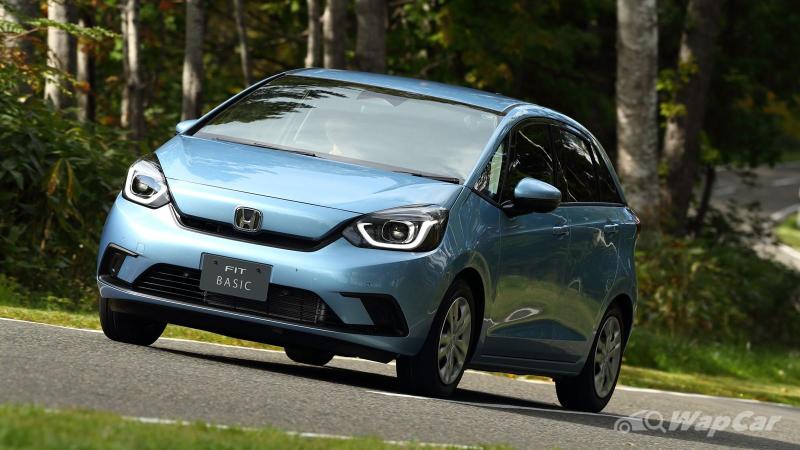 In 2002, Honda sold 250,790 units of the first generation Jazz. The Jazz held its title as Japan’s best-selling car for nearly a decade, until the Toyota Prius C and the third generation Prius came along, both of which dominated the sales charts for most of the mid-2010s.

The fourth generation Jazz however, appears to have dropped the ball. In the latest May 2021 sales chart, the Jazz is now down to the 23rd place (2,032 units). Even the Subaru Impreza, which is not exactly a high volume model, sold more (2,291 units, 21st).

That’s well below the 10,000 units per month sales target that Honda has announced for the Jazz during its launch. 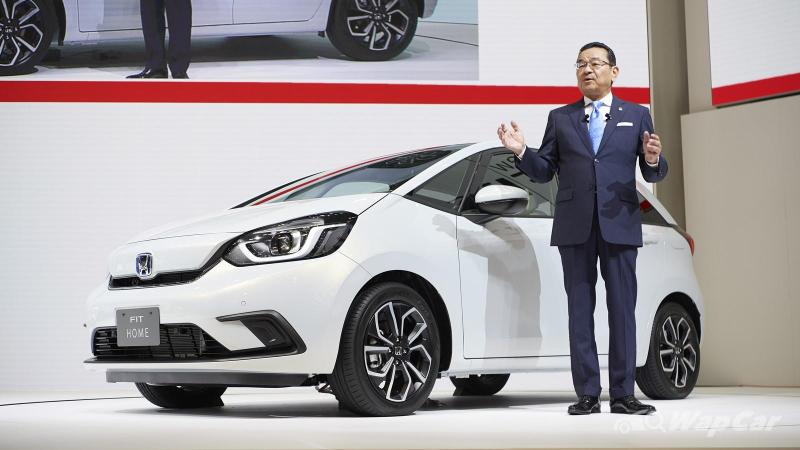 Cumulatively, the Honda Jazz’s sales in Japan, as of May 2021 stands at 26,293 units, versus the Toyota Yaris family’s 104,155 units. Assuming the Yaris Cross contributes 40 percent of the Yaris family’s sales (GR Yaris’ volume is negligible), the Yaris is still outselling the Jazz by nearly 3x.

So what happened? The simple answer is that Honda had misread changes in buying trends in its domestic market, and if reports by Japan’s Mag-X magazine is correct, Honda is currently rushing out a design update for the Jazz. 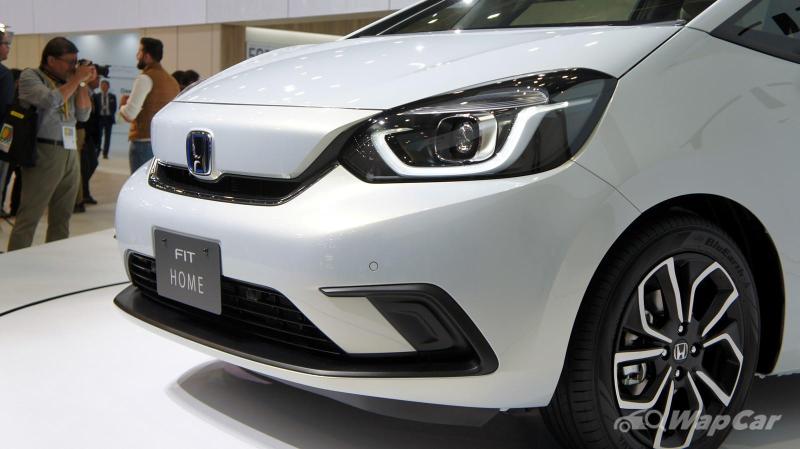 The latest Jazz’s grille-less front-end design was just too extreme even by Japanese kawaii’s standards. Women buyers are uncomfortable with it, neither are men. Instead, buyers have responded very well to the redesigned Toyota Yaris (which has now dropped the Vitz name).

But upon closer study, buyers weren’t just moving from the Jazz to the Yaris, at least not all of them.

There’s something else that’s perplexing Honda. While sales of the Jazz is doing down, sales of its N-Box kei car are going up (93,972 units as of May 2021, versus 85,897 units in the same period last year), even as the rest of the kei car market is doing poorly when compared to pre-Covid 19 levels. 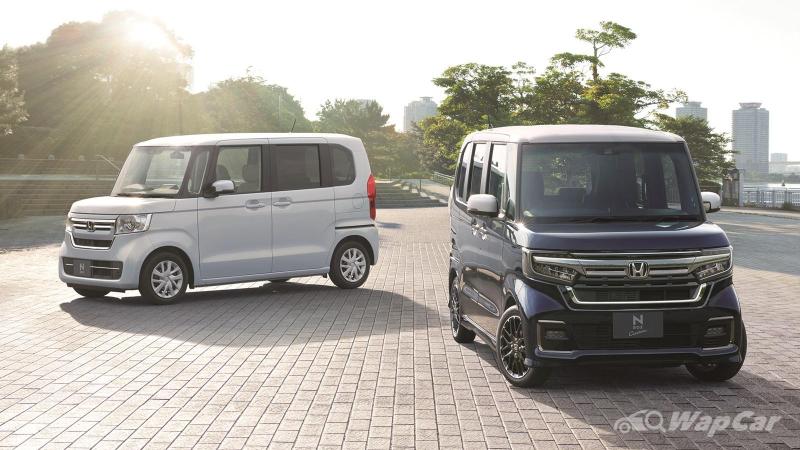 Some say that the Honda Jazz’s biggest problem is not the Yaris, but the hugely successful Honda N-Box.

The N-Box contributes nearly 30 percent of Honda’s total sales in Japan, and it’s the most dominant kei car in Japan. But the success is now a problem for Honda, as Honda just didn’t know how to build a Jazz that won’t be cannibalized by its own N-Box.

It’s easy to understand why. The N-Box is a super practical car. It’s like a little shoe box that fits like a wardrobe! 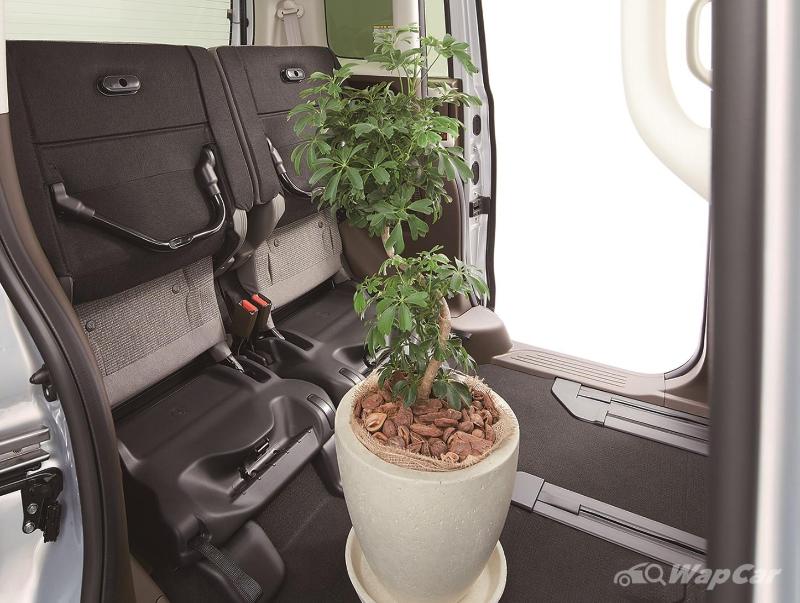 If you think the Jazz’s Ultra Seats and high roof is practical, wait till you see the N-Box, whose sliding door open to allow you to literally walk through the car’s cabin.

If a buyer is looking for something economical and practical, the N-Box is a much better option than the Jazz. Yes, the N-Box has a tiny 660cc turbocharged 3-cylinder 64 PS engine, but in Japan’s tight streets and strictly enforced 40 km/h speed limit in the city and 100 km/h limit on highways, nobody cares about power output. 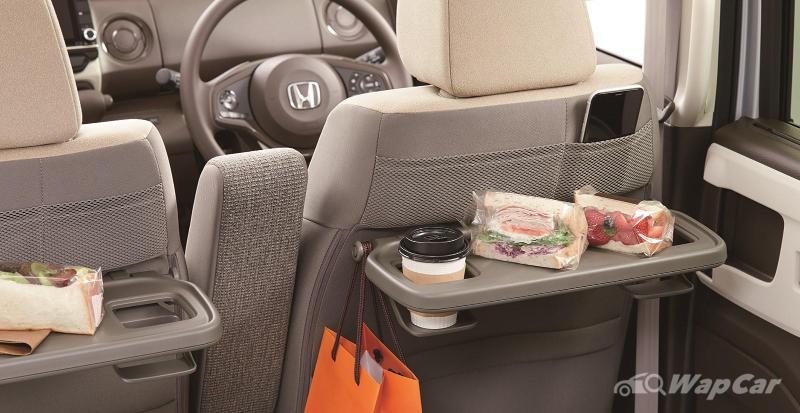 The Yaris has struck the right chord. Buyers shopping for a sub-compact hatchback are looking something that has a stronger, more expressive personality, even if it’s not as practical.

Compared to the Jazz, the Yaris’ (which is a different model from our market’s) tiny boot and poor storage space is almost useless, but it sold really well and that’s all that mattered.

Also read: The TNGA Toyota Yaris (and Yaris Cross) may not come to Malaysia. Here’s why 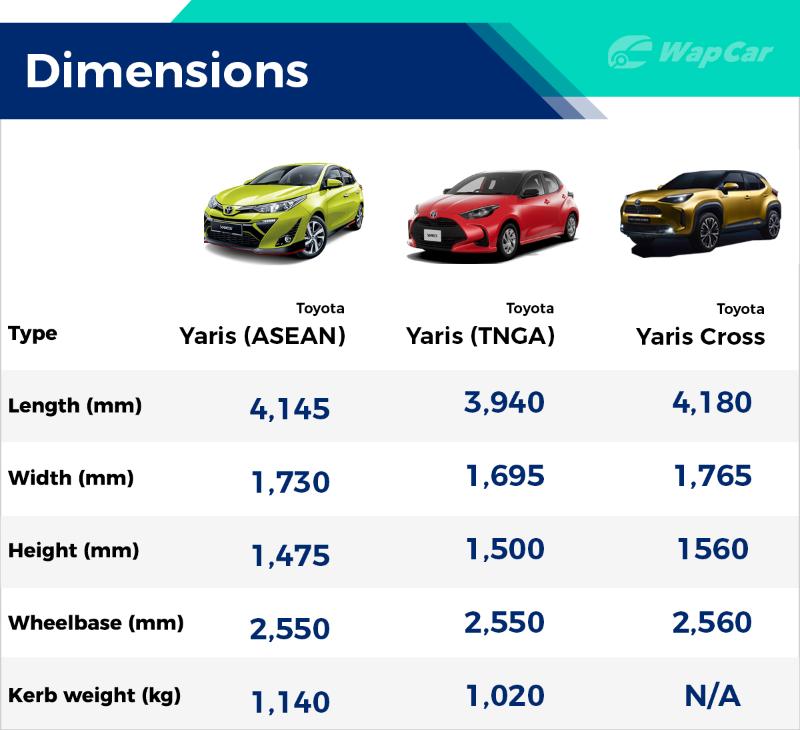 Plus, if buyers are looking something small but yet fits more, Toyota could upsell them the Yaris Cross.

The Yaris + Yaris Cross combo is one of the most brilliant tactical move done by Toyota.

The situation in Japan also vindicates the decision of Honda’s regional office Asian Honda Motor to replace the Jazz with the City Hatchback.

In every market where the City Hatchback has been launched, the Honda simply dominates the Yaris.

Similarly, the Japanese/European market, while popular in Japan, won't do well because it's just too small to be competitive here, where buyers still equate size with value. 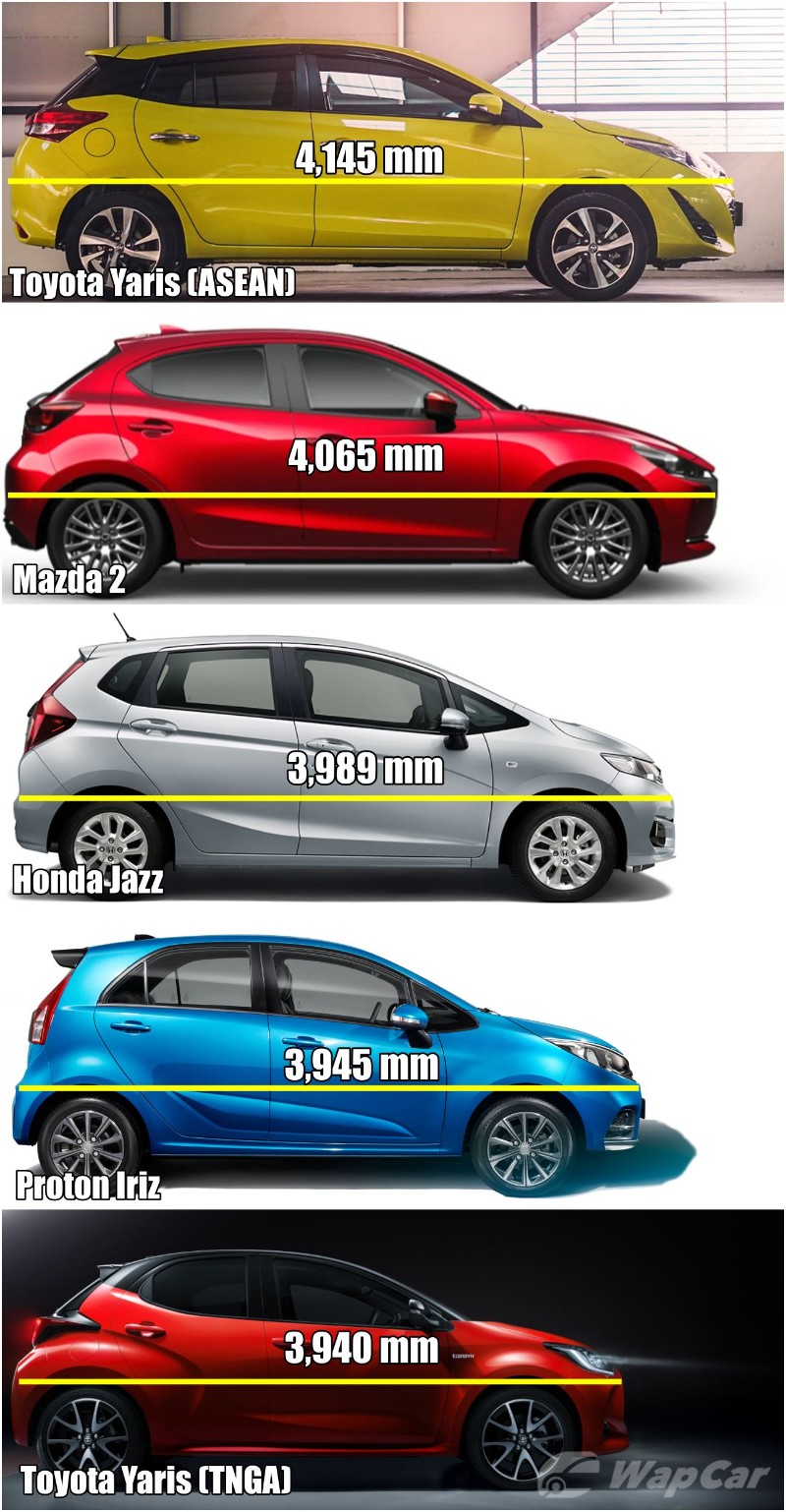