SAs need food banks, many car dealerships to close down after August 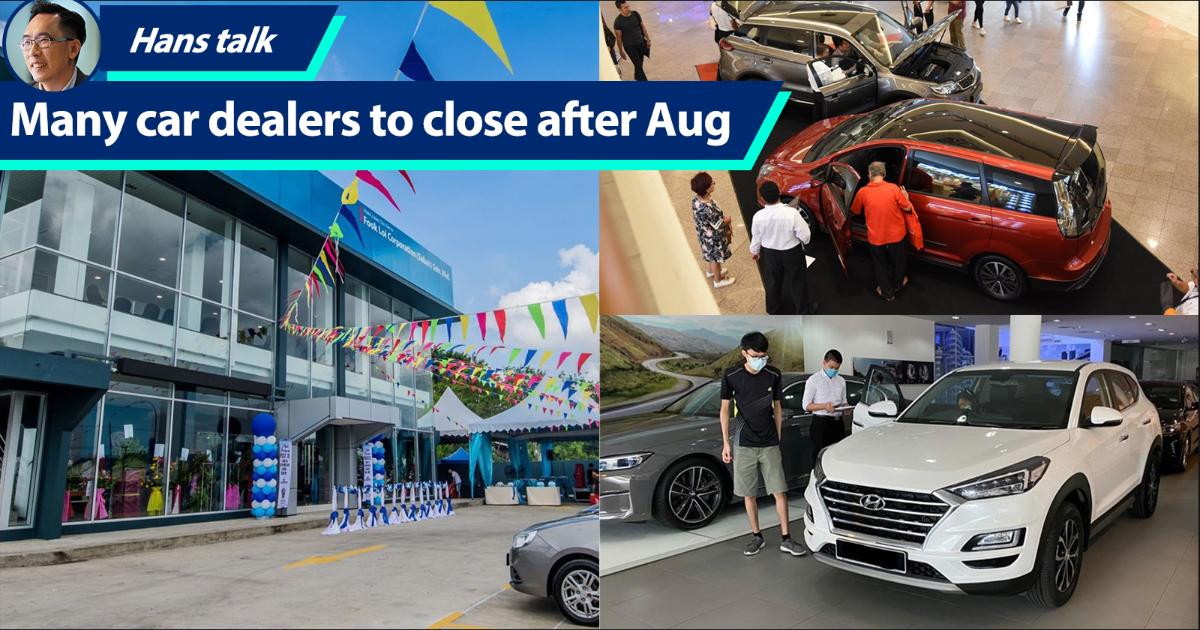 Many small- and medium-sized car dealerships in Malaysia are on the verge of closure, as business activities continue to be put on hold by the prolonged FMCO / EMCO / NRP.

All 7 car dealers interviewed by WapCar.my say if they are still not allowed to re-open for business, they will have to close down in the next 1 to 3 months. 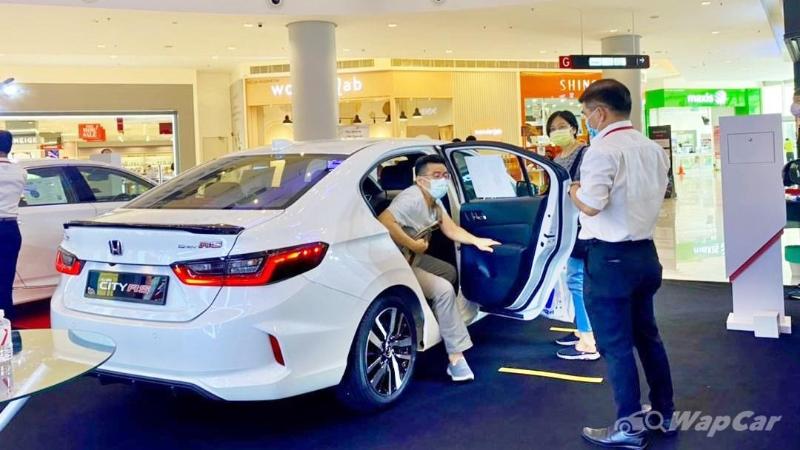 “The current situation is a lot worse than last year. Remember that last year’s lockdown, we closed our business for only 1.5 months. This year, we have 0 sales for two months, plus the losses carried over from last year,” said a Honda dealer we spoke to.

The dealer principal explained that he employs around 100 staff, sales and after-sales included. He has not cut any of their salaries and have not retrenched any staff.

He explained that a sales advisor’s (SA) basic pay is not a lot, as they rely on commissions. With 2 months of zero car sales, they can't hold out very much longer. 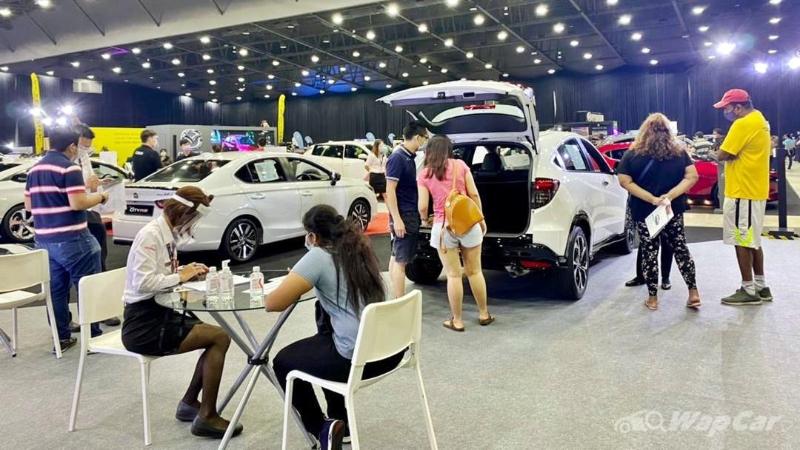 For his dealership, even after-sales service advisors (SVA) are paid incentives based on their job performance, but with service intake now significantly reduced, many of his service advisors too are struggling.

“People are travelling less, so intake is a lot lower. We are now doing just about 30 percent of what we normally do. Plus, many of our regular customers are facing financial difficulties and have been postponing their service appointments,” said the dealer principal. 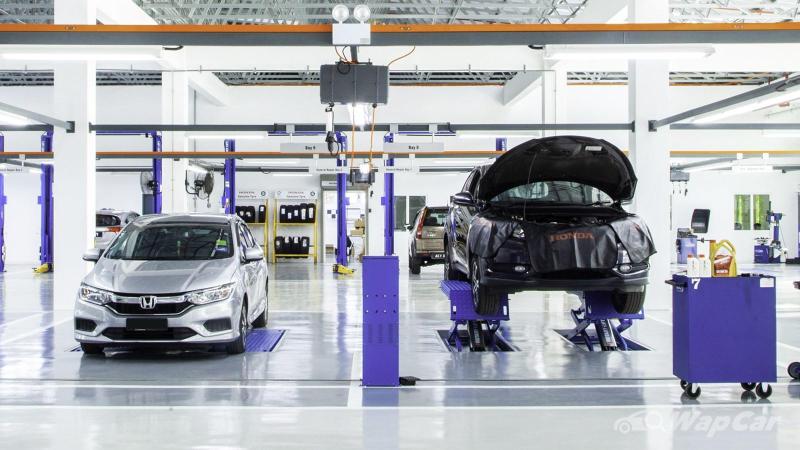 “We don’t earn much from the sales operations, and after-sales is the one that is ‘subsidizing’ the sales side, but with this situation, we have been running at a loss for nearly 2 years and we can’t continue very much longer,” he said.

When asked if the dealership can sustain until the end of this year, he replied “No, we can only last for one or two more months, assuming that we cannot resume normal business operations,” adding that the dealership is in discussion with banks to restructure their loans. 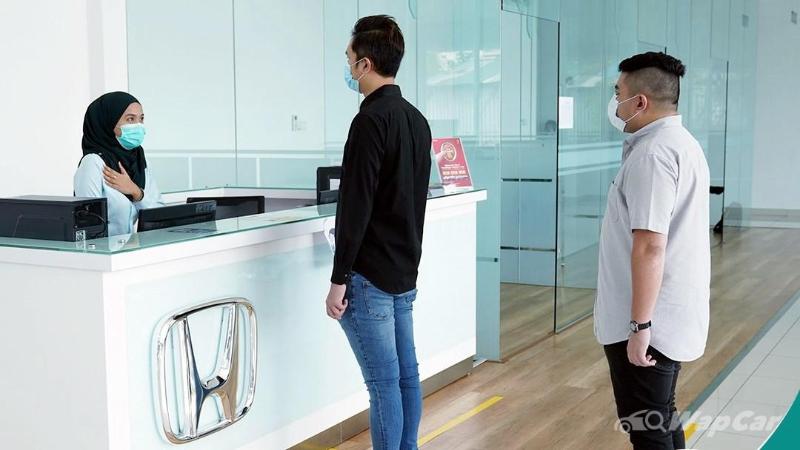 But beyond business aspect, a family-run Honda dealer shared the human cost of the lockdown on his valued staff’s dignity.

“Four of my SAs need to queue up at food banks just to get rice. It is a very sad situation. These are people in their 40s and 50s, they have been with me for easily 20 years. You can’t expect them to overnight, switch jobs to sell noodles right? My admin staff has also called me to borrow money to feed his family. He is the sole bread winner of his family,” he lamented.

The dealer said his SAs are still being paid basic salary but explained this is not necessarily the norm, as many dealerships hire SAs on contract, meaning that their basic salary is well below the minimum wage.

“How are they going to survive if we don’t allow them to sell cars,” he asked rhetorically.

The dealer also added that there is a greater trickledown effect. "I have about 200 staff, 70 of them are sales advisors, but I also have 10 PDI (pre-delivery inspection) technicians, who are also paid incentives based on cars delivered." 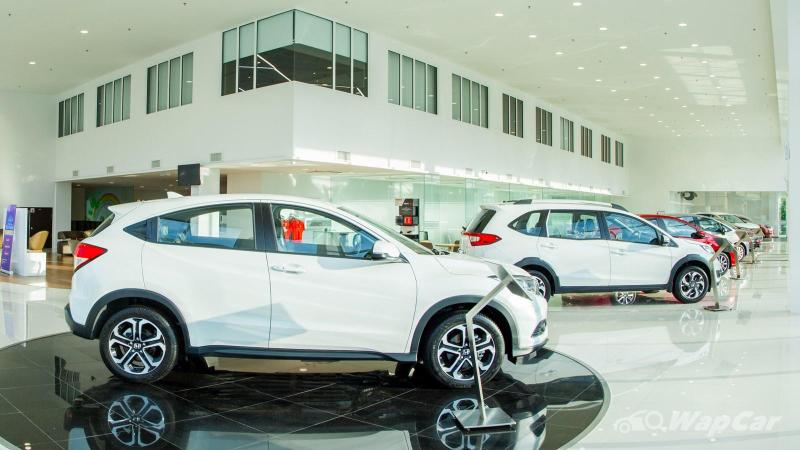 “So the impact on jobs goes beyond just SAs,” he said, adding that he is doing all he can to help him staff pull through this difficult period but with 200 people on his payroll, there is a limit on how much he can do.

Meanwhile, a Mazda dealer that we spoke to is even less fortunate, as they are not allowed to even open their service centre. 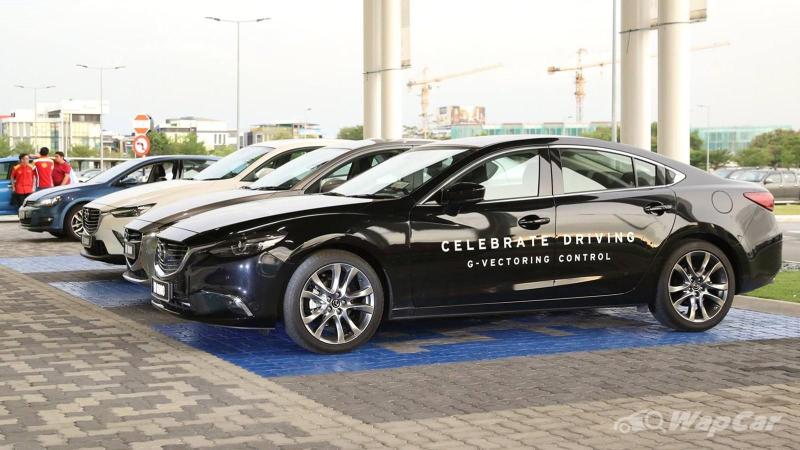 “I have about 30 staff on my payroll, none of them had their salary cut or being retrenched but at the current monthly expenses, I can only last for no longer than 6 months,” said the Mazda dealer.

“What’s worse is that MITI doesn’t allow our workshop to operate. We can only receive cars that are towed in but repair work and insurance claims cannot proceed. As you know, we rely a lot on after-sales for our income,” he added. 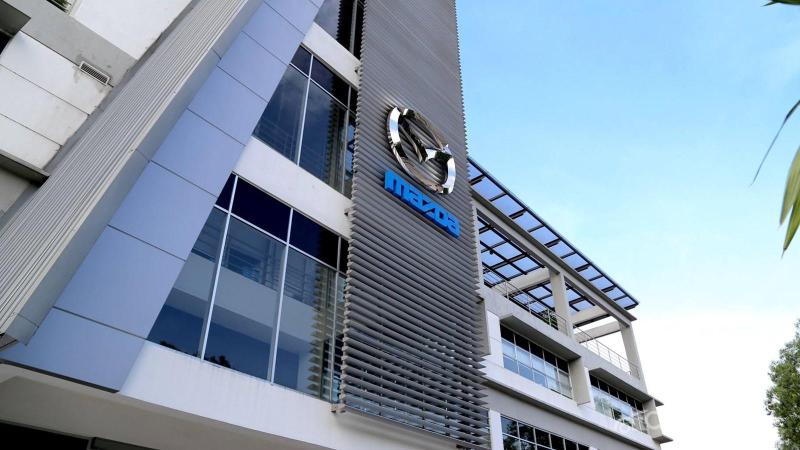 Checks with other workshops also revealed that government approvals for re-opening of workshops, although listed as an essential service, is not consistent, as workshops operating in EMCO areas are not allowed to operate.

One tyre shop we spoke to had obtained approval from MITI, but was fined anyway by local councilors. 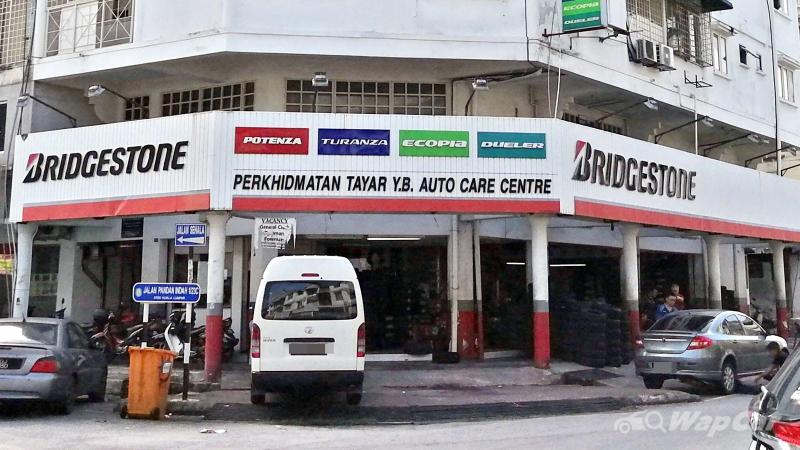 “Yes of course we have to recognize that the Delta variant is very dangerous. It hits you very fast, but at the same time, what do we do? People need money to put food on their table, and to pay rent,” the dealer lamented.

It should be noted that the latest round of moratorium from banks is only for individuals and ‘micro-entreprises.’ It does not cover small and medium businesses like car dealers. 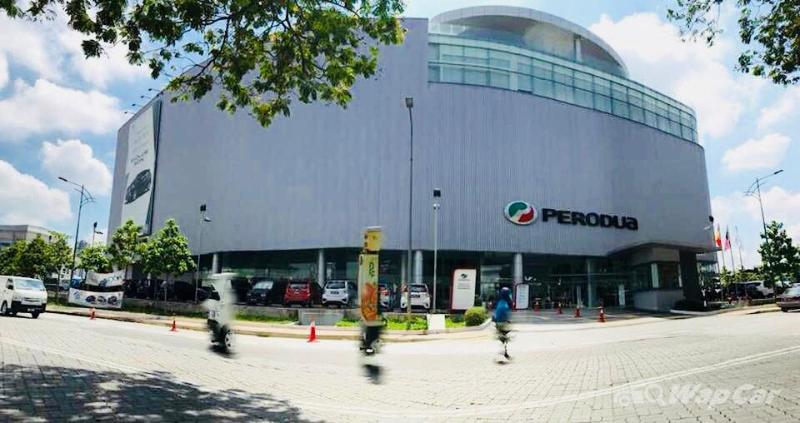 At lower end of the car price spectrum, a Perodua dealer told us that many more dealers operating in the budget cars segment are expected to close down by August.

“The situation is very bad. It will be even worse for dealers that had borrowed money from banks for their floor stocking,” said the Perodua dealer.

Floor stocking is a financing method commonly used by car dealers to purchase cars from the manufacturer, who typically will not deliver cars to a dealer unless it is fully paid for, in cash.

A prudent, financially healthy dealer will pay their re-stocking in cash but ambitious dealers looking to expand their business quickly will often take out a loan from the bank to finance their restocking.

Typically, the agreement with the bank allows for a 21-day interest-free repayment, meaning that if the dealer sells the car within 21 days – which they often do, in good times – they won’t be charged any interest. In return, the dealer also recommends the bank to their customers who need financing. 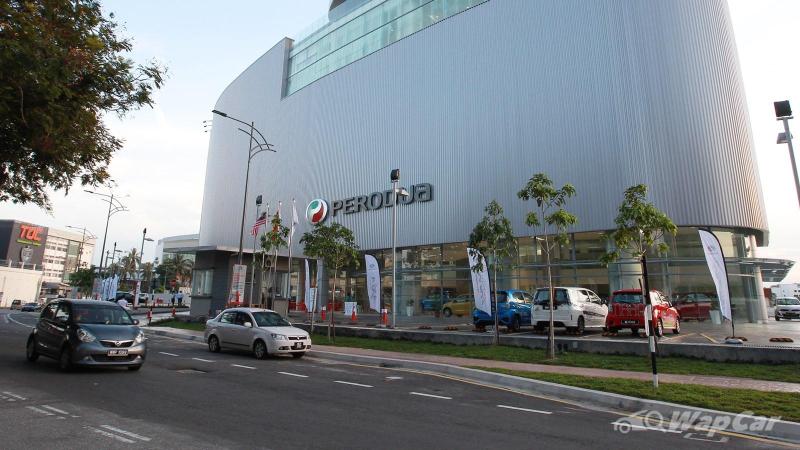 High volume brands like Perodua have their own set of problems. On 31-May, shortly before the country entered FMCO lockdown on 1-June, many Perodua dealers, pushed by Perodua headquarters to catch up on their 240,000 annual sales target (which Perodua has to date, insist is doable), had invoiced a large number of cars. 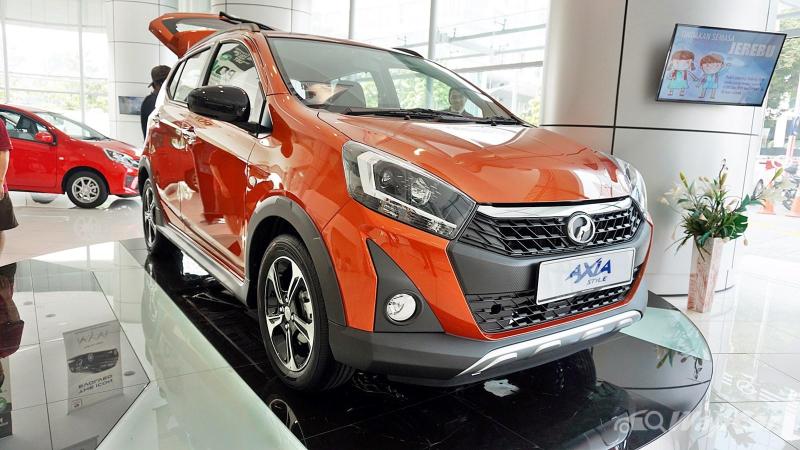 Some dealers, despite having MITI letter of approvals to operate, were still told by local authoritities, including the police that they are not allowed to operate.

In another tale of tragic comedy, one Perodua dealer said a trailer of cars (produced shortly before Perodua’s manufacturing plant suspended operations) had arrived at his dealership, but the police came and stopped the trailer from unloading the cars.

Dealers also say that they are running desperately low on cash reserves.

“Even if we could somehow register and deliver the car to the customer, it doesn’t mean that we will get paid by the bank immediately. A lot of banking procedures cannot be done if the loan officer works from home. In this current situation, we desperately need the payment to be on time to pay our staff,” said another Perodua dealer. 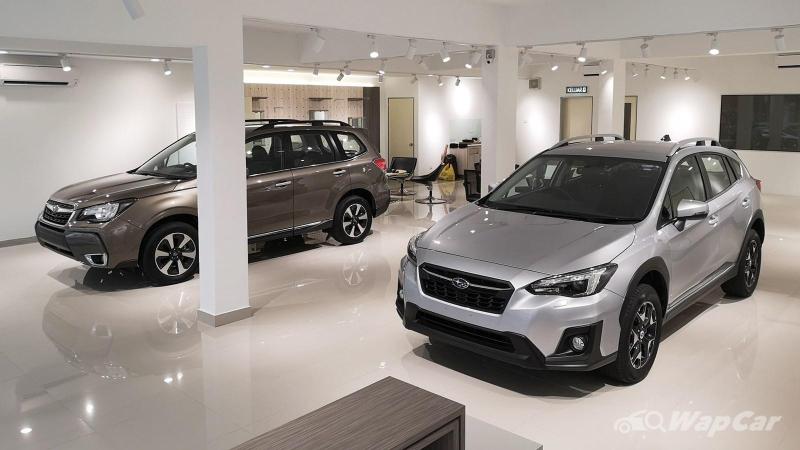 A family-run Subaru dealer we interviewed gave a counterpoint to the government, arguing that car showrooms are not places where people congregate, risks are very low, and thus should be allowed to operate. 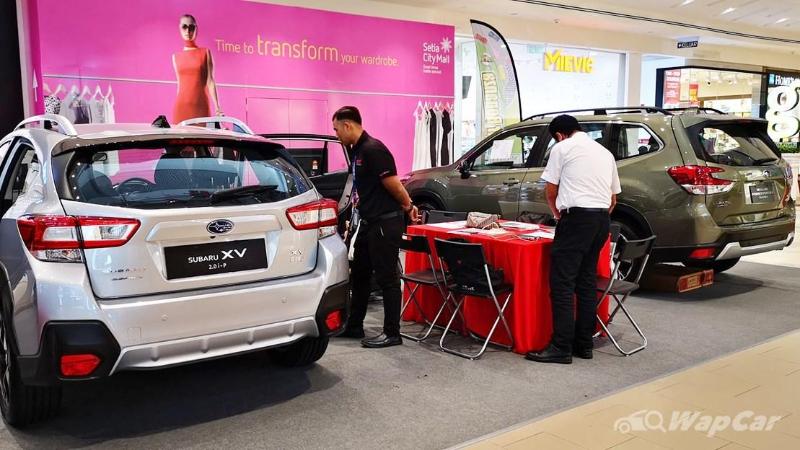 “Even on normal days, we only have around 2 to 3 sales advisors in the showroom. Walk-in customers are not a lot, around 2 to 3 per day. Unlike restaurants or grocery stores, nobody has to queue up to enter a car showroom.

“Many of our high cost service tools are leased, and these will still incur monthly repayments. I also have about 50 staff in total, at the current burn rate, I can’t last more than 3 months,” said the Subaru dealer. 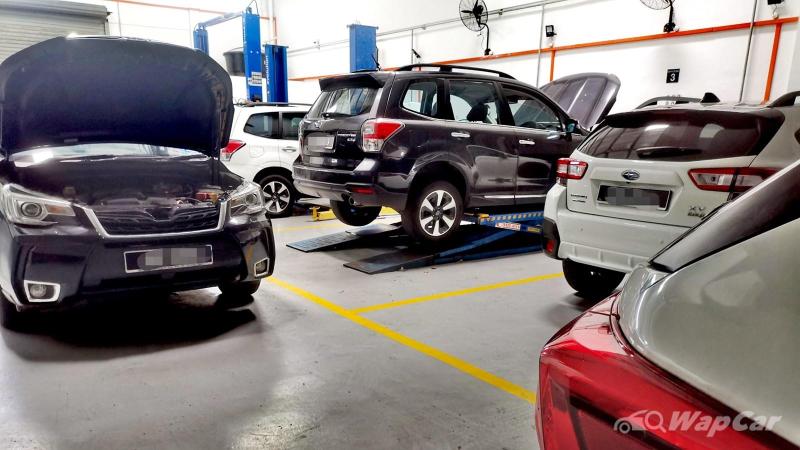 Separately, we also understand that some manufacturers are in the process of quietly taking over ownership of some dealers who could no longer maintain their business, while others are relaxing full-payment requirements for new stock.

Quite a number too have intervened and negotiated for reduced interest in floor stocks on behalf of their dealers, and expediting immunization program via PIKAS. 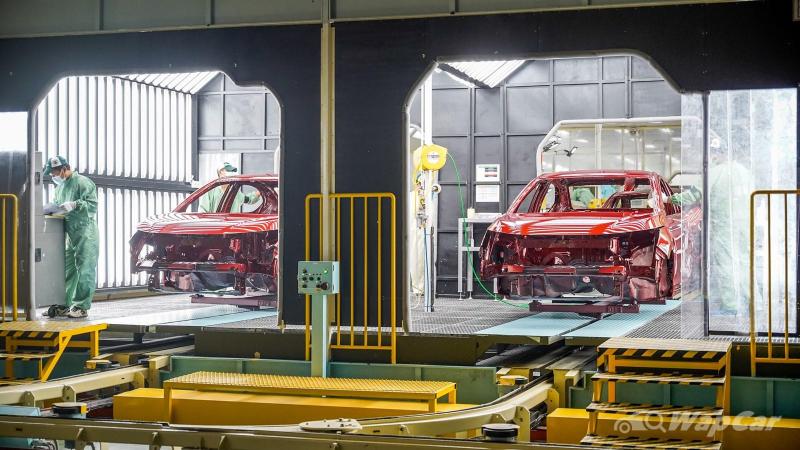 Earlier in June 2021, a group of 14 business and consumer organizations supported by 125 associations hosted a “Moratorium Untuk Rakyat” virtual press conference. The group wants the government to extend the moratorium to include interest waiver during the moratorium period, as well as to include all financing facilities including trade, credit and lease facilities. 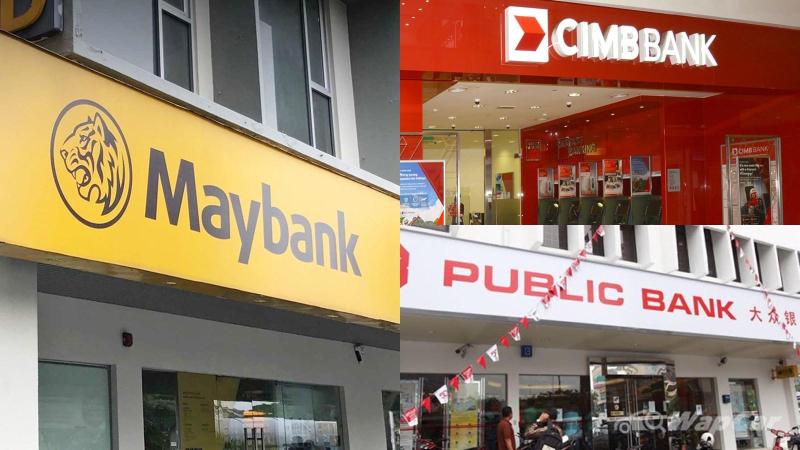 “We feel the banking industry must take a moral stand and step up, when the country is in a crisis.

“The Malaysian government bailed out the financial system (banks included) to the tune of RM 70 billion, just over 10% of our GDP in 2008/9. The main beneficiaries were the banking system who were saddled with a high credit exposure and facing an imminent collapse,” the group added. 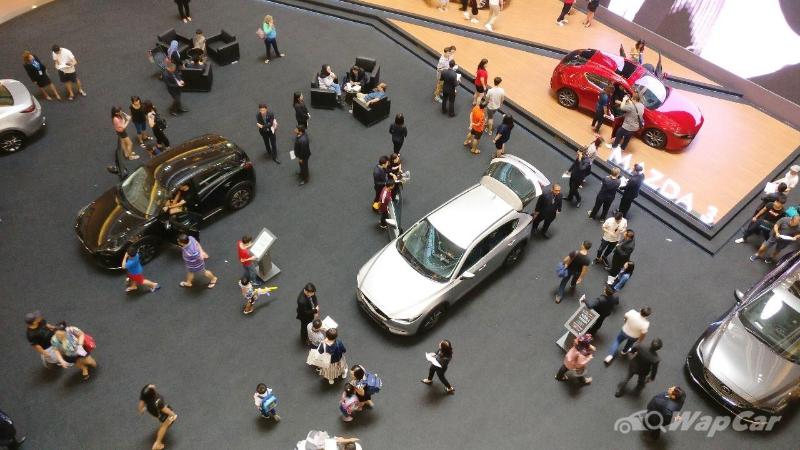 Some dealers we spoke to also commented that for any meaningful economic recovery from any economic stimulus package, the financial assistance needs to extend well into 2022.

“The extension on sales tax reduction is welcomed, but right now we can’t sell cars anyway. Compared to the losses suffered for nearly 2 years, the assistance is too little to make a difference in saving businesses. To really stimulate a recovery, the government needs to look into our excise duty structure, which is the main reason behind high prices of our cars,” said the dealer. 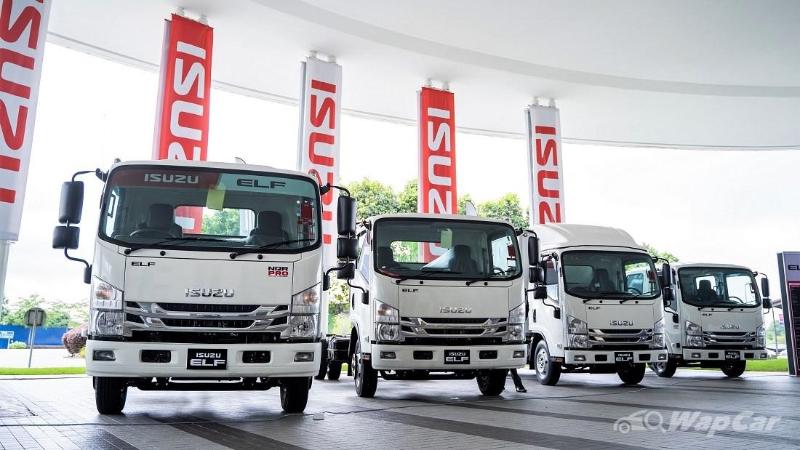 Curiously, commercial vehicle dealers are less affected. An Isuzu dealer said that his order banks remain healthy, but the problem is getting the trucks out to his customers.

It should be noted that Isuzu sells more than just the D-Max, but also lorries like the Elf, Forward, and Giga series.

The increase in online shopping has also spurred demand for delivery trucks in the logistics sector. 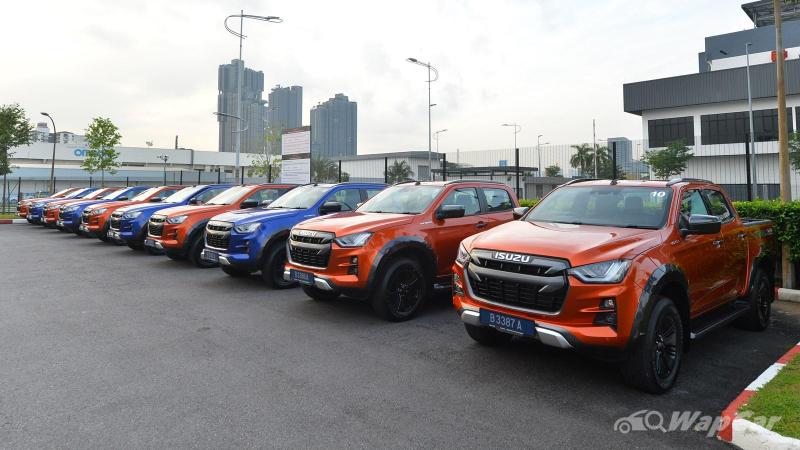 Remove pick-up trucks (nearly of half of which are bought by private individuals anyway), and the contribution by commercial vehicles falls even lower, to just a mere 3 percent.

A bulk of the job creation and economic contribution comes from passenger cars.

And we haven’t even talk about other small family run businesses – child daycare centres, F&B outlets, and other small mom-and-pop businesses.

Meanwhile, I encourage everyone to logon to kitajaga.co, and check the people living near you that need help, because our government is too distracted by their own political battles to focus on fixing the country.