Home > News > Should you buy an ex-demo or ex-company car?

Should you buy an ex-demo or ex-company car? 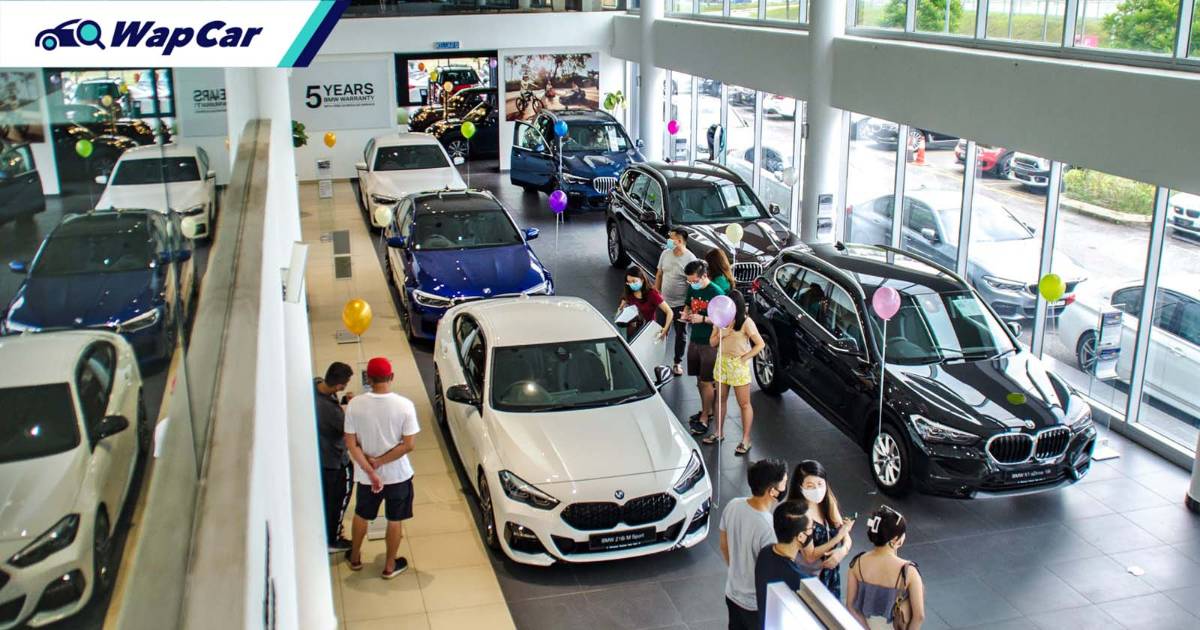 For those fortunate enough to be able to shop for a car in this pandemic, terms like ex-demo cars often get tossed around.

An ex-demo car, depending on how you look at it, can be quite a bargain when shopping for a car. After all, on paper at least, it offers quite a lot of savings compared to a brand-new car.

First things first. An ex-demo car is a ex-demonstration unit that are typically test driven by potential customers at the showroom. In the process, the car would have clocked up some mileage.

For the price of a brand-new lower or mid-spec model, you could get an ex-demo high-spec model instead.

Unlike buying a used car that may or may not come with a warranty, ex-demo cars often times have their warranties intact, as the age of ex-demo cars are significantly newer.

Cons – May not be well taken care of

Being an ex-demo car, they are often times parked outside and left exposed to the elements, be it rain or hot sun. Bird droppings can also adversely affect the car's paint job, so keep an eye out for that.

If that isn't bad enough, generally people don’t bother to take care of cars that are not owned by them, and ex-demo cars are no exception. They can get abused by overzealous customers, or even used at road show events where thousands of people may have messed up the car's interior or exterior.

Thus, it is crucial to check the interior and exterior for loose parts or scratches and scruffs. Typically these ex-demo cars would have been touched up before being put up for sale, but it's still a good idea to carefully inspect the car's condition.

You can also use these as an opportunity to bargain for an even lower price. 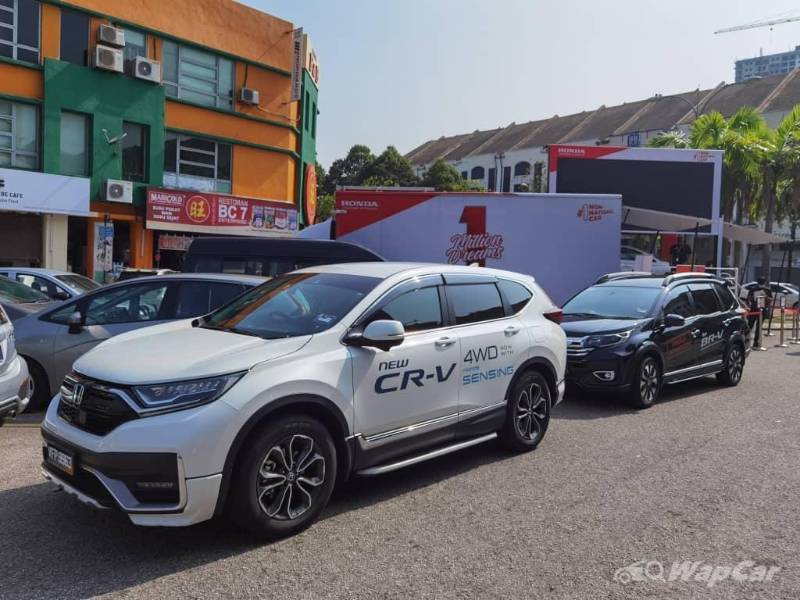 Typically, Japanese marques ex-demo cars have a much higher mileage, often times raking up mileage close to a used car. Some times, these ex-demo cars have been driven across the nation (before the pandemic, that is) for various road show events.

Apart from the higher mileage, the history of an ex-demo car isn’t as murky as the one sold by a typical used car dealer, so there’s an added peace-of-mind. 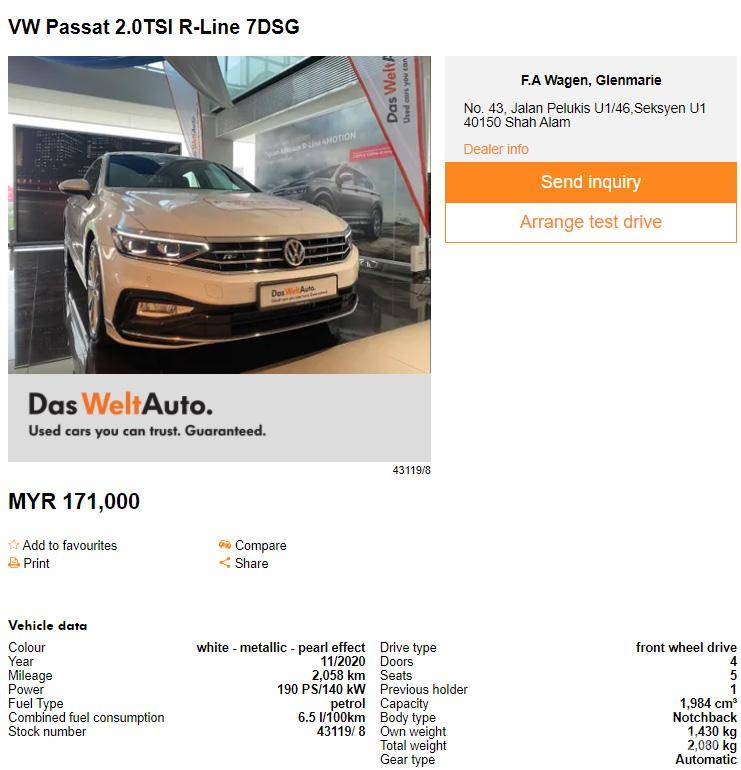 On the other hand, European ex-demo cars tend to offer a much lower mileage as dealers frequently replace their demo cars to pad up their sales figures.

This Volkswagen Passat is one such example. The car's mileage is still on the low side, but prices are way more attractive than a brand-new unit, which is priced at RM 189,012.

What are pre-reg cars? 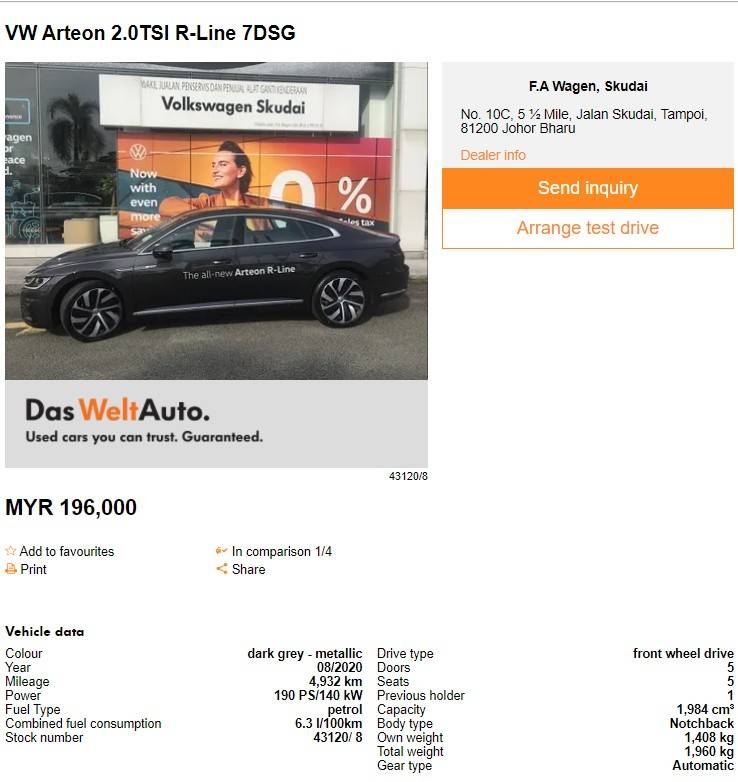 Pre-reg cars (short for pre-registered cars) are cars registered to the dealership for the purpose of bumping up their sales figures and hitting a certain quota.

Compared to an ex-demo car that has been abused by customers, a pre-reg car is the opposite. More than often, a pre-reg car is like a brand-new car, albeit with minimal triple digit mileage, sometimes close to zero mileage. Plus, pre-reg cars are considerably cheaper than a new car.

Are pre-reg cars a good buy? 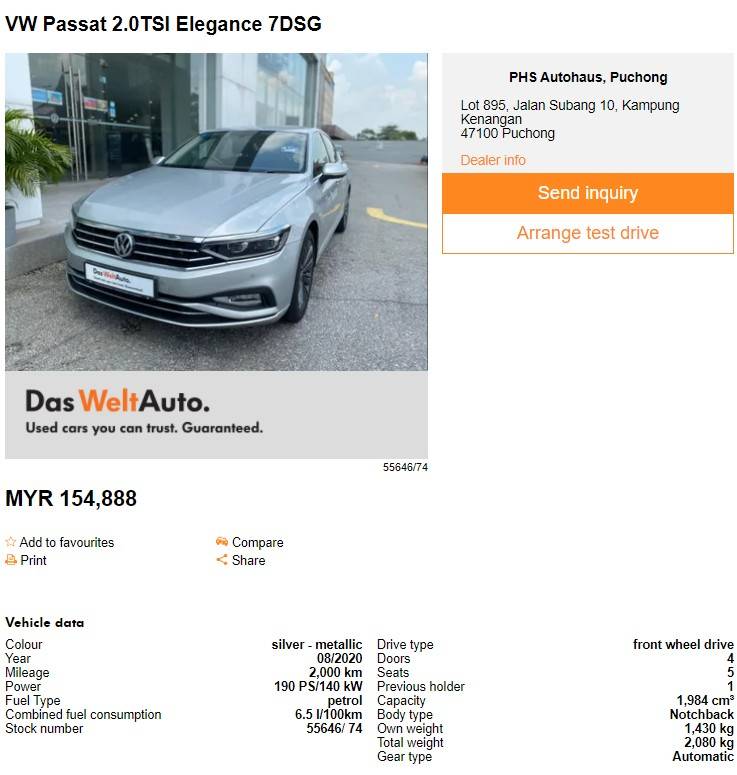 Pre-reg cars can be a good deal, especially if you can find a zero mileage (excludes delivery mileage) example.

With that said, be wary of interest rates. Typically, it is possible to get new car financing rates for a 6-month-old pre-reg car, but this will vary from bank to bank. It’s best to check with your bank before signing that loan / hire purchase document.

Which one should you buy? 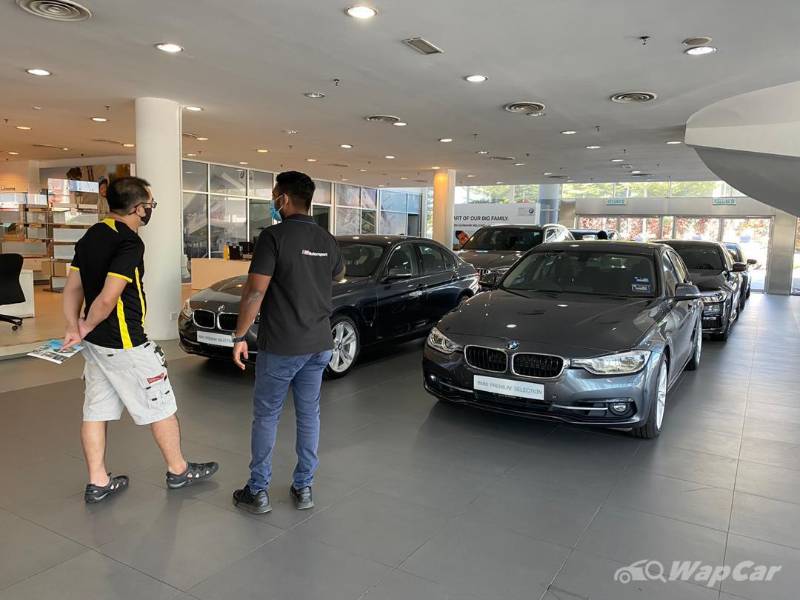 This one boils down to you. If you know what you’re getting into with a pre-reg or an ex-demo car, either one is a good purchase.

Depending on the dealer, they may or may not advertise their ex-demo or pre-reg cars, so it's up to you to do your homework. Almost all major car brands in Malaysia do offer pre-reg or ex-demo cars for sale, so it's best to check with their respective dealers to find out more. 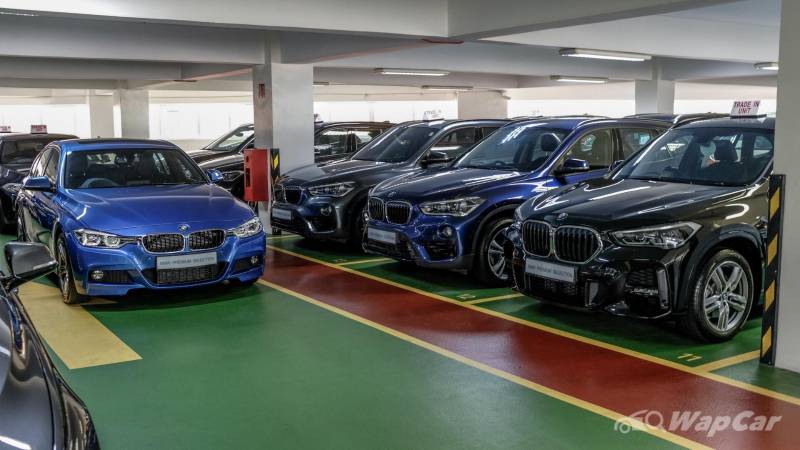 Just remember to do your due diligences if you’re opting for an ex-demo car, as the car’s condition won’t be as mint as a brand-new car.

With the amount of savings you can enjoy by opting for an ex-demo or pre-reg car, the effort is more than worth it.