Should you buy engine oils from hypermarkets? 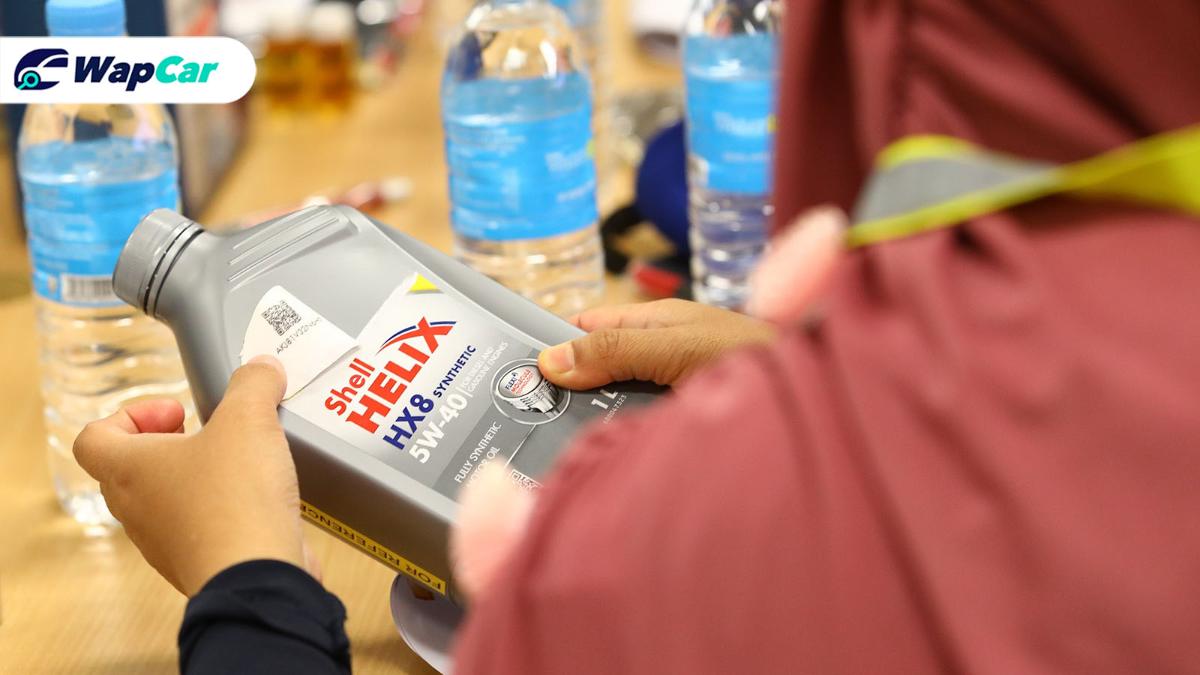 One of the very prevalent questions I get all the time on car maintenance, is about engine oils. This isn't surprising, seeing that it is the one thing we cannot avoid changing after a fixed interval. Often times you'll see hypermarkets selling brands like Shell, Castrol or other branded engine oils for a far cheaper price than it usually retails. 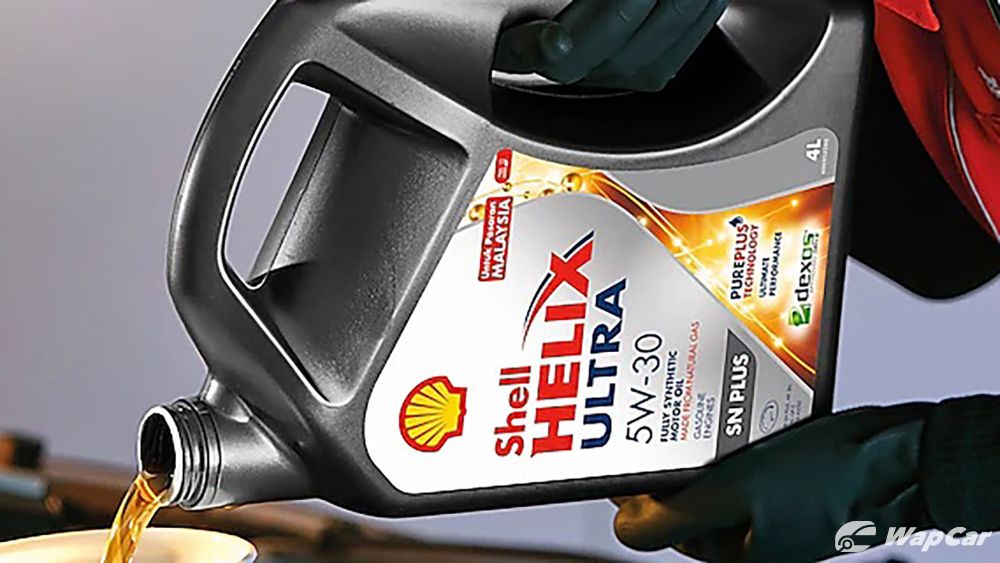 Engine oils sold at hypermarts are cheaper, but its authenticity is hard to verify. If it's the real deal, you save some money. If it's not, you will lose a lot more.

We asked Shell Malaysia about the authenticity of parallel imported Shell lubricants sold at hypermarkets.

"Shell Malaysia can only verify the authenticity of a Shell Helix product when we run a lab test and the report results match the batch ID found on the bottle. We are unable to comment as these products being sold did not go through Shell’s channel discipline and we are unable to verify the supply chain other than the official one that supplies to our authorised retail channels," said the company's spokesperson.

The question is, is the cheaper price worth going for? My answer is always NO. Why? There is a saying, "If it's too good to be true, then it probably is." The cheaper engine oils might not be authentic and isn't manufactured by the brands themselves. What does this mean? They're bad for your engine. 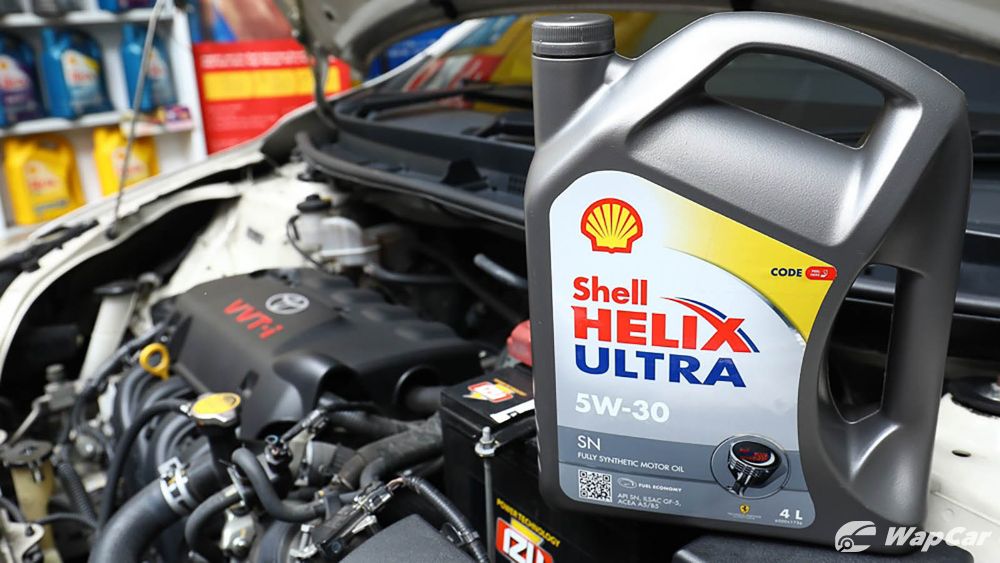 Without getting too technical, your car's engine comprises of many moving parts, and these parts need oil to do what it does. That's because the internals of an engine generate a lot of friction and heat whilst working. The oil's job is to provide lubrication and keep heat levels in check, to keep it at the optimum operating temperatures.

Using counterfeit engine oils will most definitely increase friction and heat levels in your engine, potentially causing catastrophic failure in the long run. Why is too much heat no good? Just imagine, you're exercising and can't sweat, thus unable to dissipate heat from your body. You will spontaneously combust!

So, how to make sure what you're buying is the real deal? According to Shell Malaysia, "To be safe, always buy Shell Helix products that come with ‘Untuk Pasaran Malaysia’ labels, and from authorised channels such as Shell stations and participating workshops." If you do not know what brand or grade of oil is right for your car, just refer to your owner's manual. 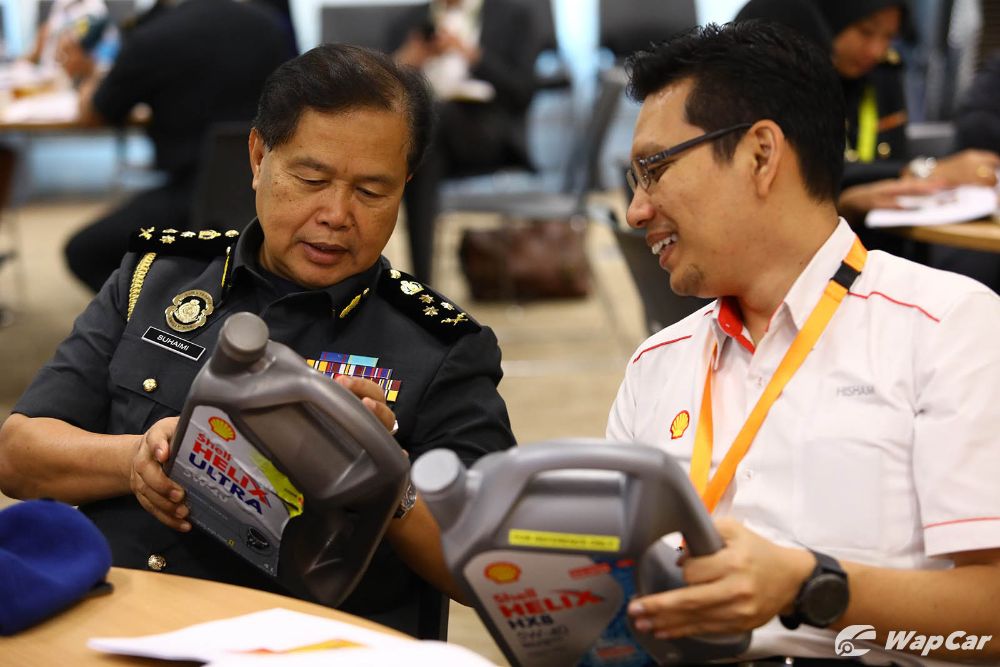 Shell themselves are taking the initiative to combat counterfeit oils using their brand. At the end of the day, your car is an essential part of your life, is saving that little bit on engine oils worth it? Remember, take care of your car, and it will take care of you.

Not all cheap/parallel imported oils are counterfeits, but it's hard to verify without testing each sample. Whether is the savings worth risk, that's up to you. Just because your engine seems to be running fine doesn't mean the oil is a genuine item. You can replace your brake pads with counterfeits and you car will still stop, until it doesn't.