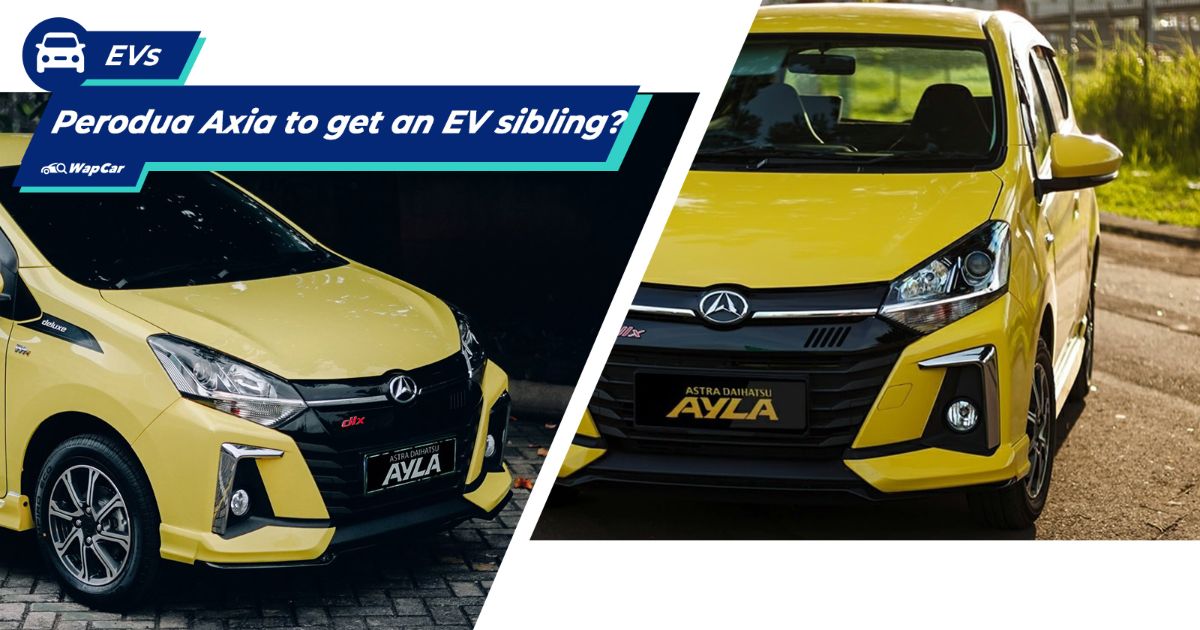 The Gaikindo Indonesia International Auto Show (2022) is set to happen in three days (from 11- to 21-Aug 2022), and if early indications are correct, the Daihatsu Ayla EV will be one of the biggest news of the event according to Autofun.co.id's report.

Nothing much about the supposed electric Ayla has been made public yet, and the firmest look we have of it is are the words 'Ayla EV' written large on an electric display, seen in a now-deleted video where Daihatsu's stand for the show was being set up.

The Ayla makes up one piece of the Ayla-Agya-Axia triplets. Whether or not a fully-electric Ayla will make it to production is still up in the air, but at the very least it signals Daihatsu's intentions to electrify the small-hatchback market that they control in our part of the world.

Taking cars Indonesians are very familiar with and putting an electrified powertrain in them is a strategy Toyota and now Daihatsu are playing well, one that may just increase EV adoption. The latest example is the Toyota Kijang Innova EV, first seen at the Indonesia International Motor Show (IIMS) 2022.

Also read: Closer look at the Toyota Innova EV Concept previewed at the 2022 IIMS; Up to 300 km range on one charge

Despite the Daihatsu-Perodua ties, an electric Axia is probably not the immediate next thing we can expect out of Rawang. For the time being, Perodua's concentrating on rolling out the much-hyped Perodua Ativa Hybrid, details of which can be read in full below.