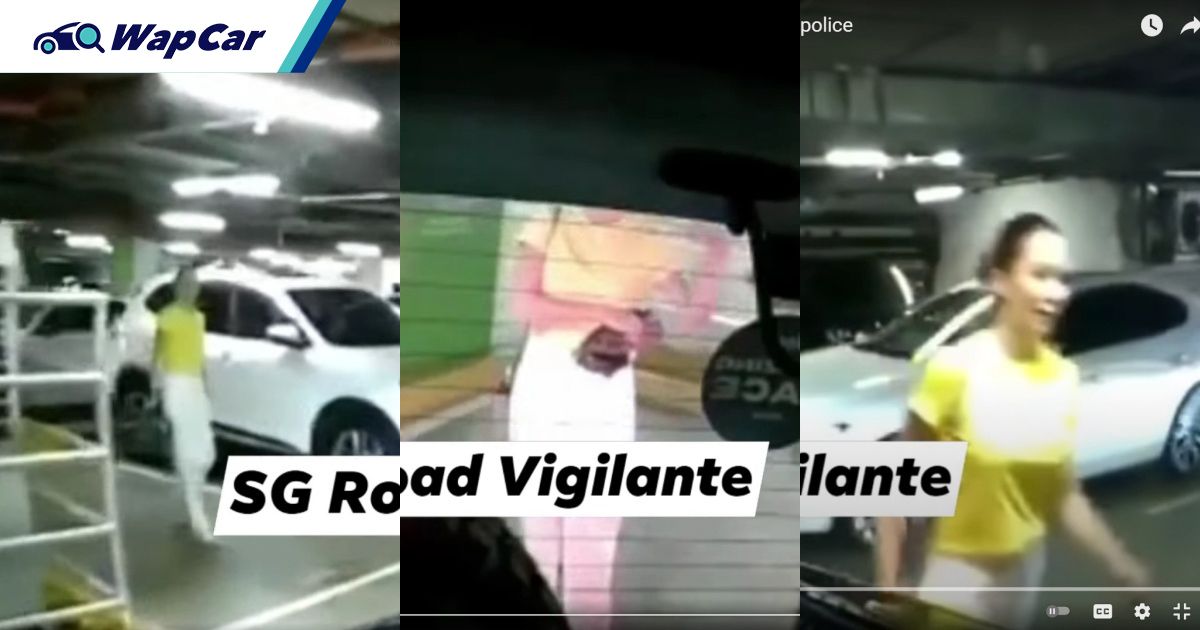 In this day, the act of ‘chup-ing’ an empty parking lot is a widely frowned upon activity, however, it didn’t stop this Singaporean couple from doing such a thing. Needless to say, the incident that happened in the Marina Bay Sands parking lot has gone viral.

In the video, a woman wearing a yellow shirt and white pants was seen running out of a white car to stand in front of the empty parking lot just as a red car approached the lot. The red car didn’t want a fight and decided to pass up the lot to find another.

However, the SUV driver was having none of that by reversing into the lot even though the woman was standing there. The woman tried to stop the driver from entering the lot by first waving at the driver to go away then later knocking on the car window.

According to the video caption, when the driver had comfortably parked his car, the woman approached the driver’s side window to threaten the driver by calling the police. 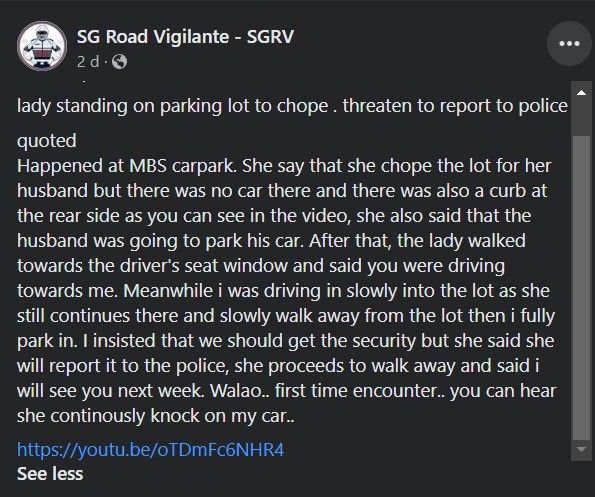 While most social media users found the video satisfying, some were concerned for the woman’s safety and condemned the driver’s actions for endangering her life.