Slipper-y mistake for this Mazda driver, straight to pole position 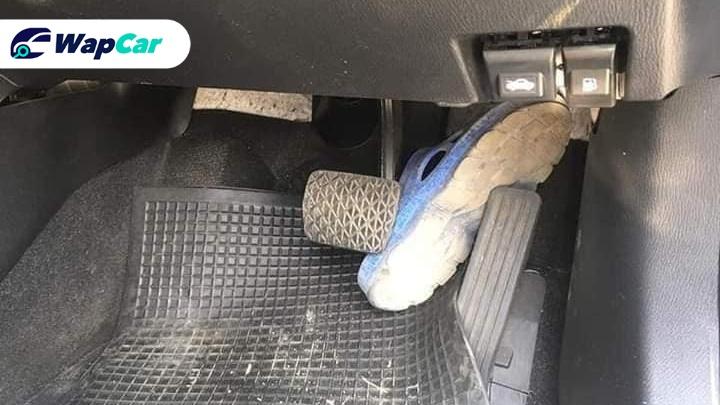 Pedal misapplication is one of the scariest things that could go wrong when driving. Accidents caused by pedal misapplications fall under Sudden Unintended Acceleration (SUA). SUA could be due to multiple reasons like mechanical problems with the car or just human error. In this Mazda 3’s case, it looks to be purely human error. 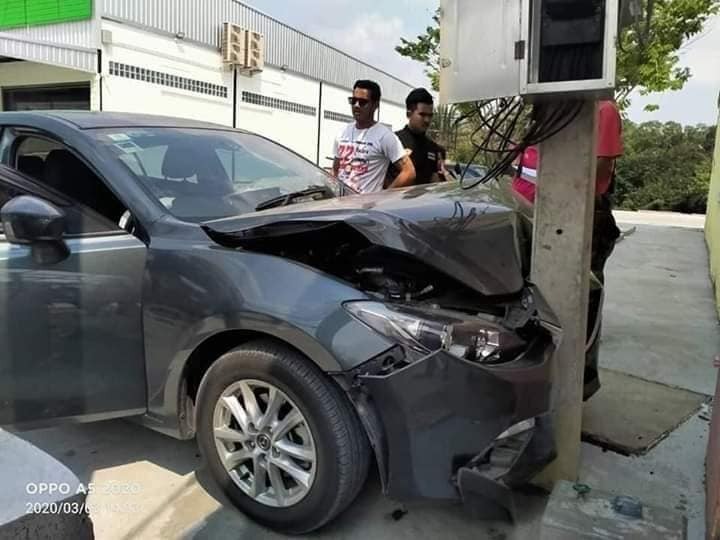 Based on the pictures, it looked like the driver’s slipper fell off his feet while driving, or there is a possibility that the driver had simply removed the slipper when driving, and lodged itself behind the throttle pedal.

As the car was stuck accelerating forward, it didn’t stop until it crashed heavily into a light pole. 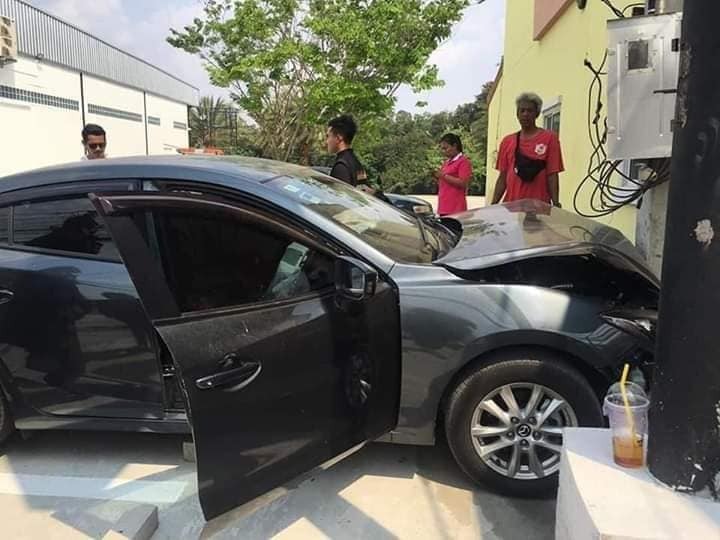 Car manufacturers have created systems that will suppress engine output to prevent the car from shooting forward as a means to combat pedal misapplication accidents caused by driver error.

Even the Perodua Myvi A.S.A has a Pedal Misoperation Control system to prevent a crash although the system is basic and only works at 10 km/h. But still, this falls under “better than nothing” category. 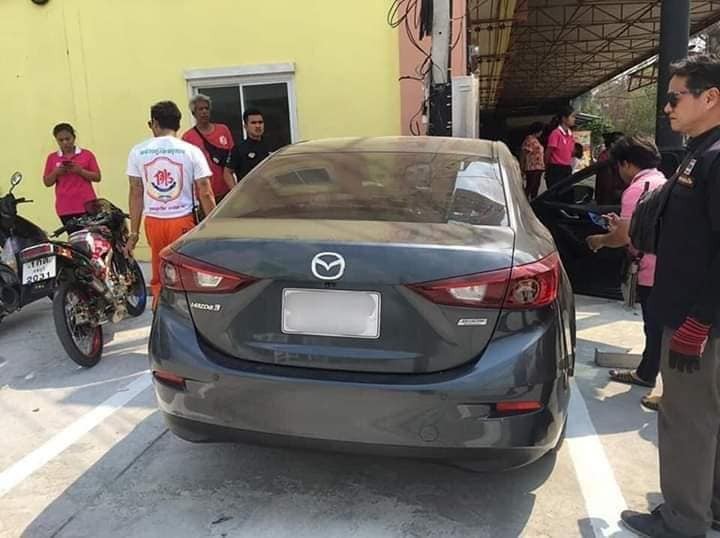 In any case, if your car does not have systems like the Pedal Misoperation Control system like Perodua cars, there are a few ways to handle the situation: