Home > News > Some say the Modellista-modified 2021 Toyota Harrier ruins the subtlety - what say you?

Some say the Modellista-modified 2021 Toyota Harrier ruins the subtlety - what say you? 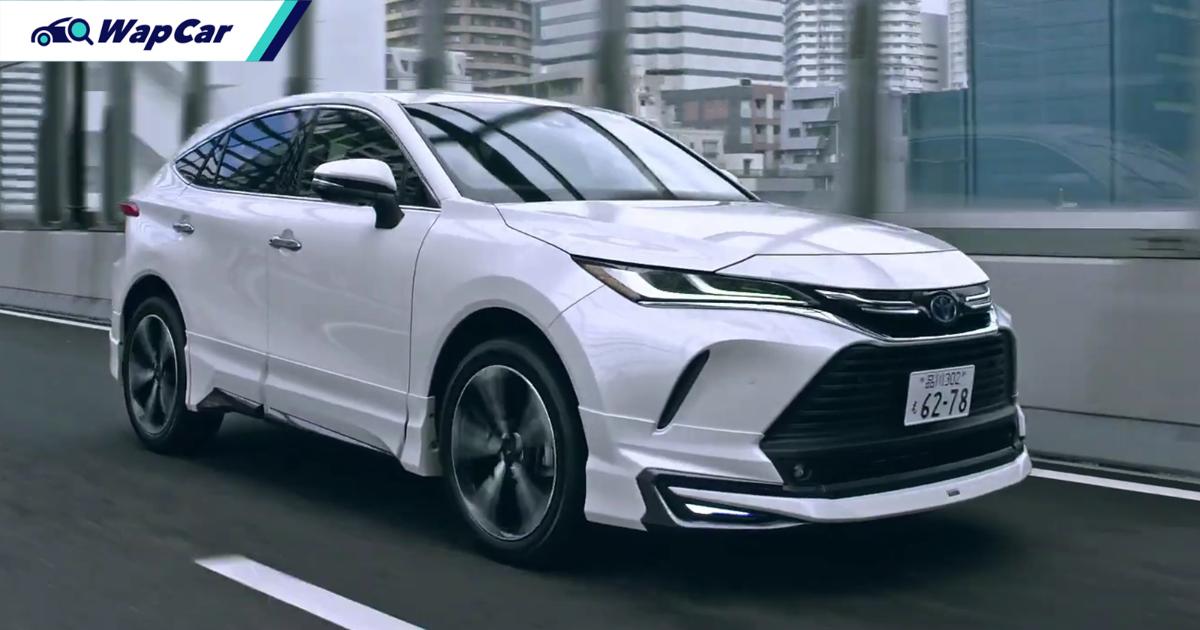 If you've been following our posts, you'd know that the head-turning all-new 2021 Toyota Harrier is heading to Malaysia very soon. Loads of you have commented positively on the car's looks, but Modellista thinks they can do better by modifying it. 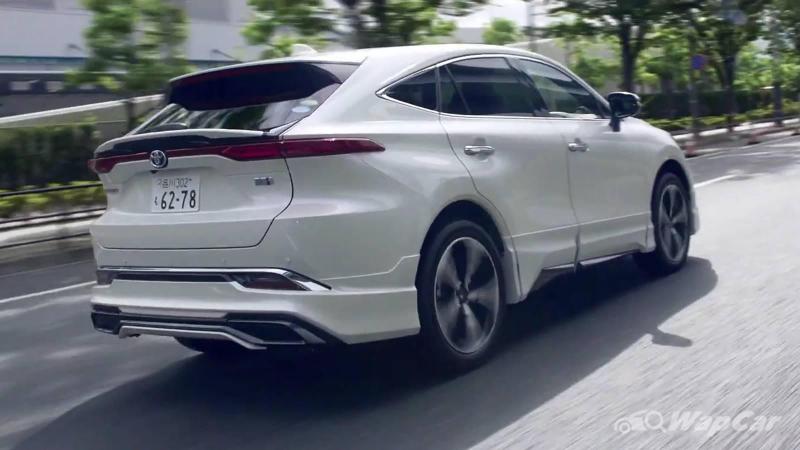 Have they improved on it? Or quite the opposite? Take a peek at these photos and tell us below.

Also read: Launching soon in Malaysia, register your interest for the 2021 Toyota Harrier

Called the 'Avant Emotional Style', Modellista says the kit is an 'emotional customization of sophistication and envy that will move your heart.' Very nice. 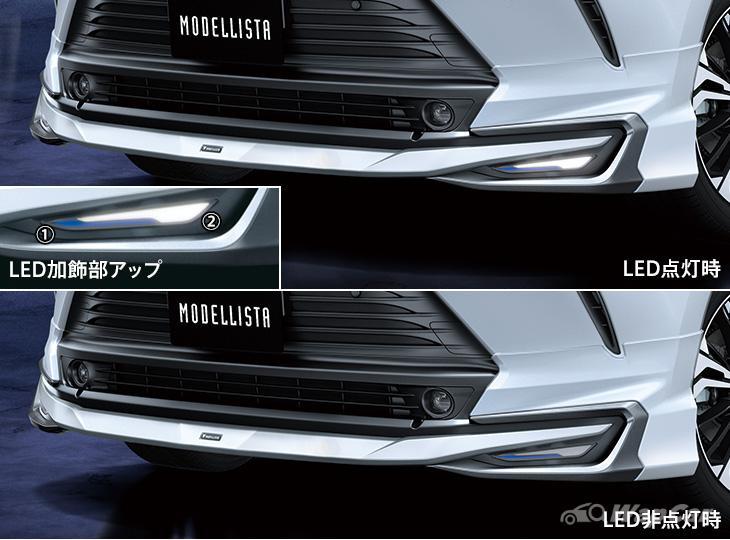 Starting things off is the front splitter that comes with its own set of LED lights, slightly elongating and lowering the front. 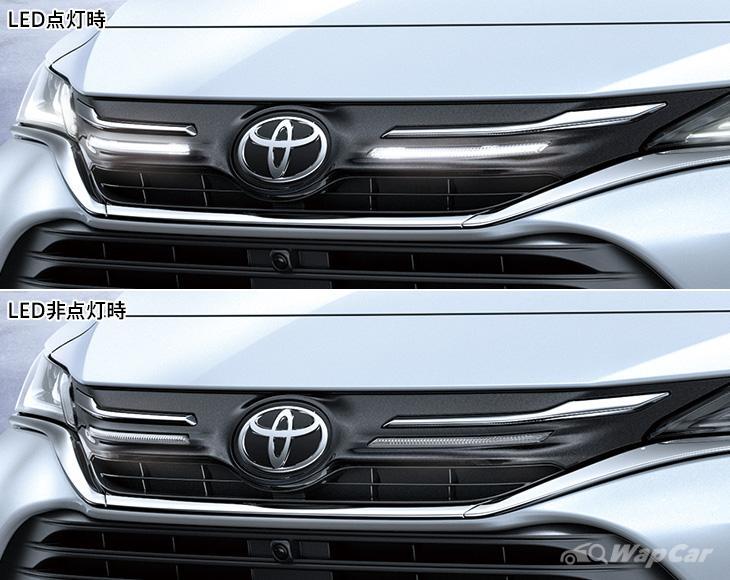 But that's all that's illuminating - the slim front grille lights up too! 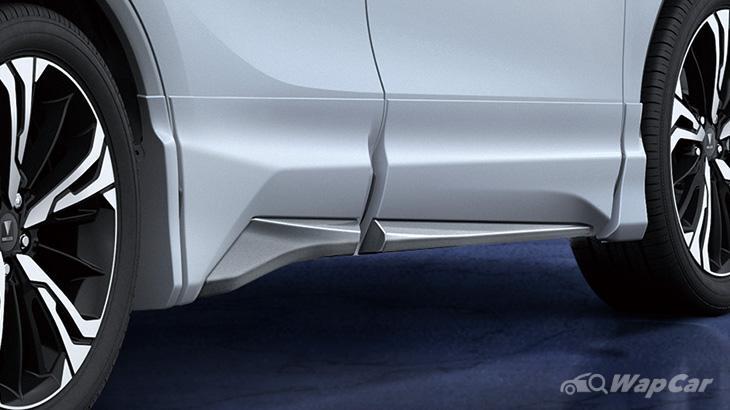 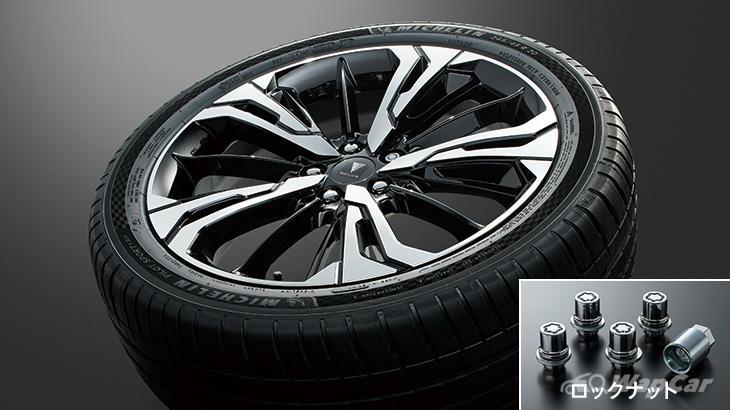 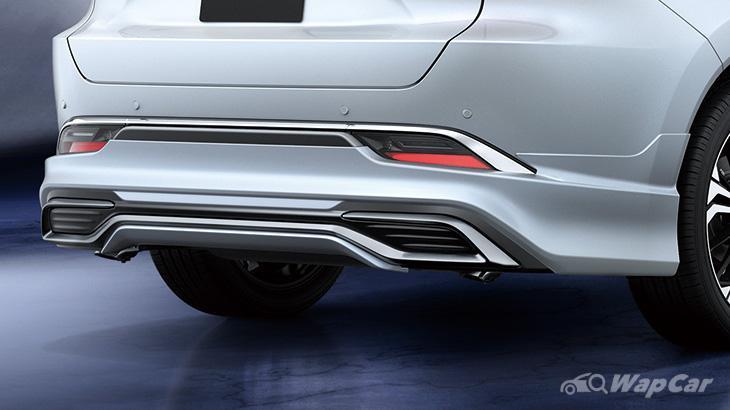 Just like the front, the rear bumper gets an extension too. Rather curiously the exhaust tips given in this kit point downwards, instead of something strong like we've grown expect, and definitely not as shouty as TOM's 'Barrels'.

Also read: Fancy a quad-barrel 2021 Toyota Harrier? TOM's will give that and more for RM 13k 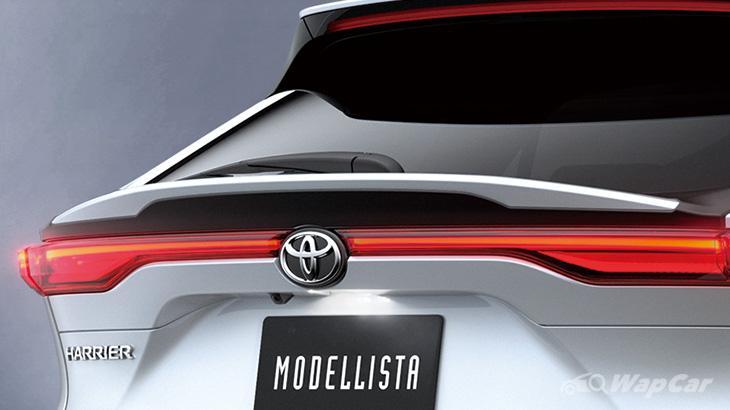 Capping off the look is the ducktail-esque bootlid spoiler. 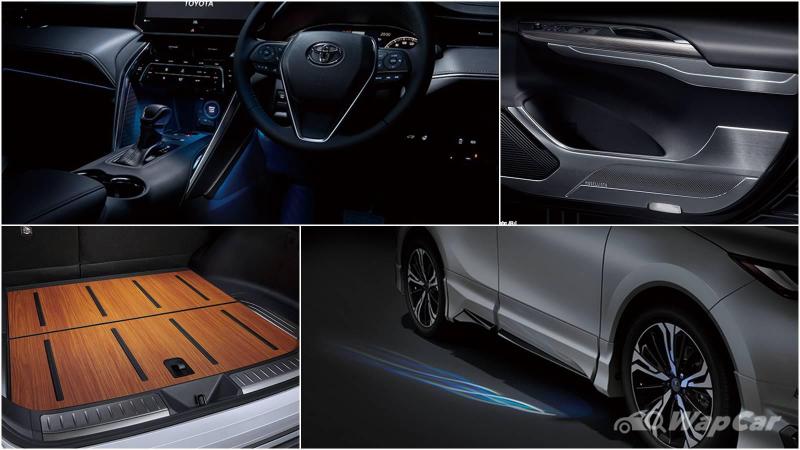 The kit mainly focuses on the exterior, although optional extras exist. For the interior, there's (a rather odd set) of metal door garnishes, blue lighting, and a wood grain storage deck for the boot. 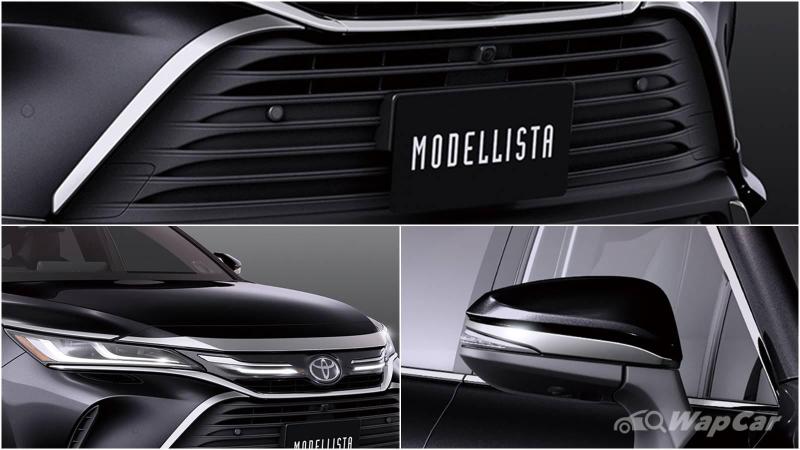 Optional stuff for the exterior includes additional garnishing for the hood, grille surrounds, and side mirrors. 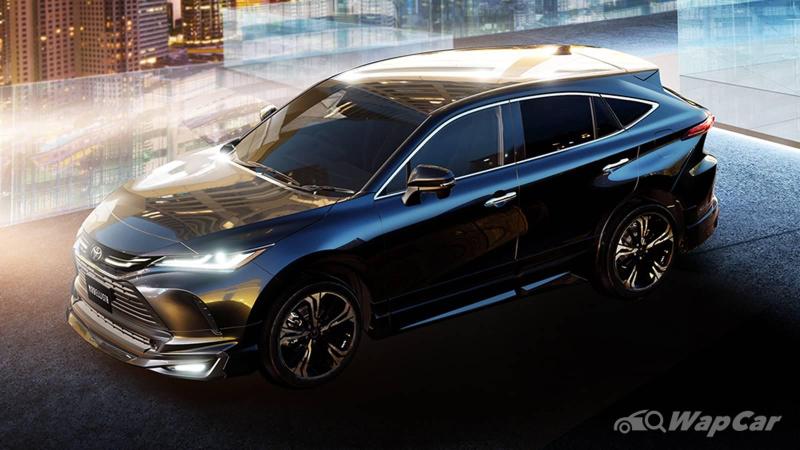 It's a set that focuses mainly on looks, so no performance modifications are bundled together. 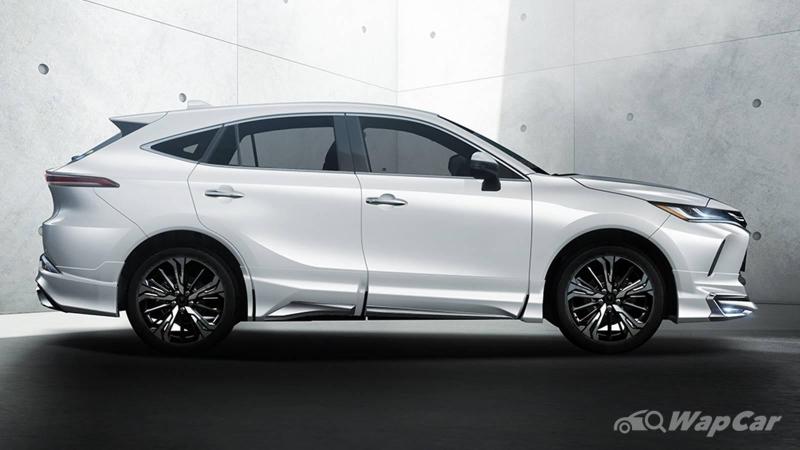 Modellista kits don't come cheap and it's the same deal here: the entire kit (including ticking all the optional extras) will set one back a whopping JPY 1,096,700 (~RM 42k)! 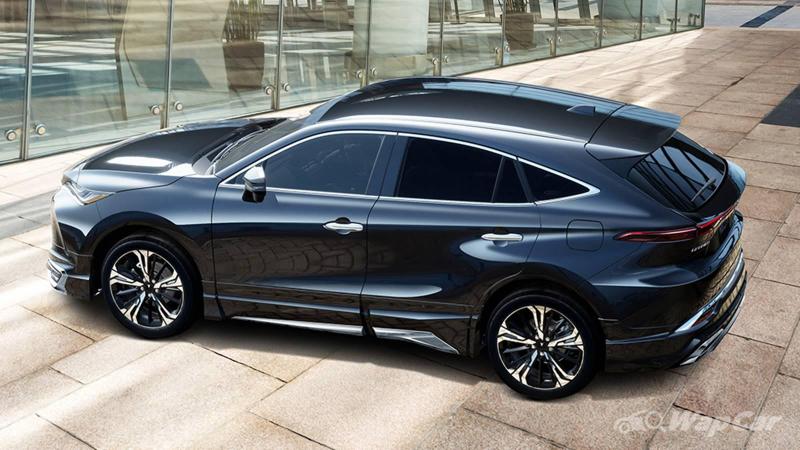 For those who've ordered a Harrier and are fans of this kit - we do have an official Modellista dealer in Malaysia (Wing Hin Motorsports), so keep your eyes peeled - this kit may very well be offered here in due time. 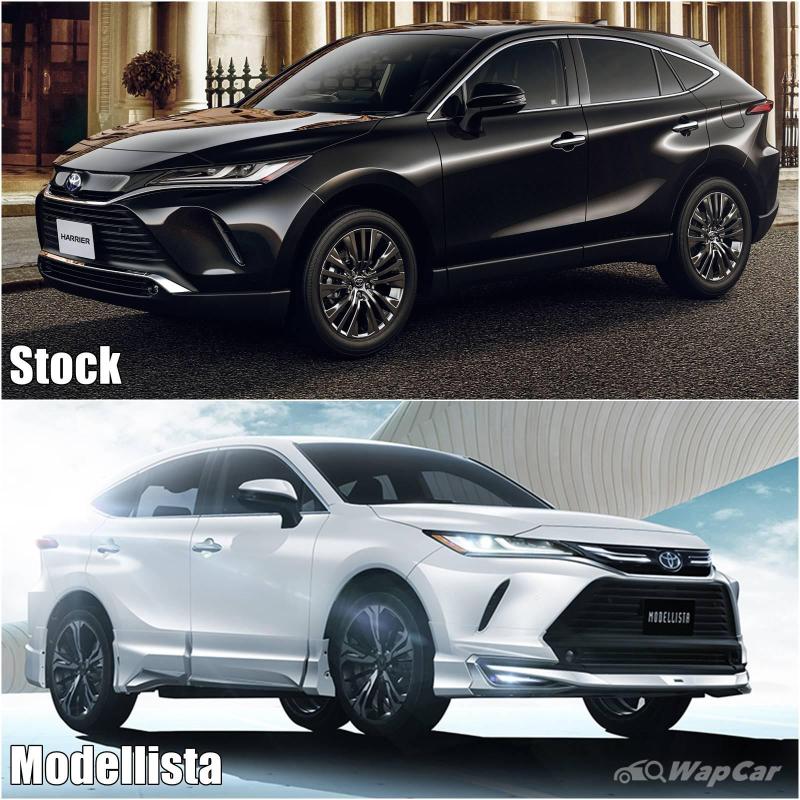 Sure, we can appreciate the work behind this bodykit but perhaps it is a smidge fussier than it needs to be, considering how beautifully smooth the stock car is. But if you like it, hey, more power to you - individuality is what drives car culture forward!