Spied! 2020 Toyota Corolla Cross spotted in Putrajaya. No it's not a Proton X50 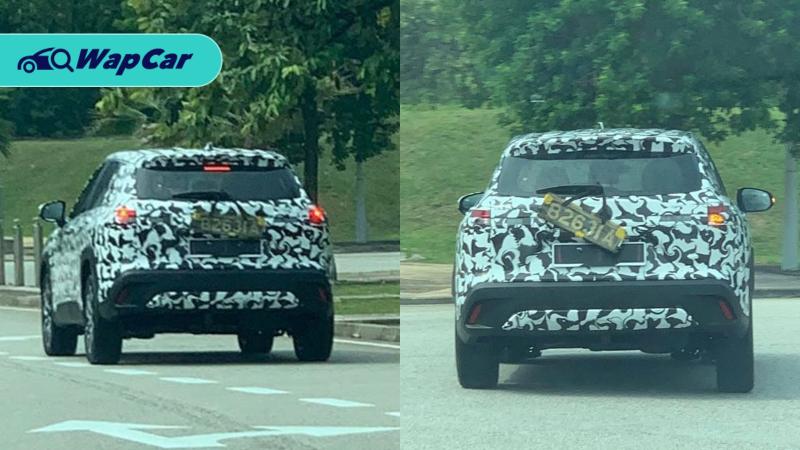 The 2020 Toyota Corolla Cross has been spotted in Malaysia yet again! This time, it is seen in action enjoying a spirited drive on the roads of Putrajaya.

When the Corolla Cross was spotted previously, the background of the image was cropped out which left many sceptical over whether the car was really spotted in Malaysia. Other than the trade plate, there was no other way to prove that the car is in Malaysia, highly likely at the Toyota HQ in Shah Alam.

Now the same heavily camouflaged SUV has been spotted testing on the streets of Putrajaya. We would like to clarify that though it was uploaded on the Proton X50 enthusiast group (now deleted), we are sure this is the Toyota Corolla Cross, just check the trade plates.

To recap, the 2020 Toyota Corolla Cross made its world debut back in July in Thailand. The SUV will come to Malaysia most probably by the end of 2020 or early 2021 and will be a locally assembled unit (CKD).

The Corolla Cross will ride on the TNGA-C platform, similar to the Toyota Corolla Altis and Toyota C-HR. At the heart of the SUV is a 1.8-litre engine that produces 141 PS and 177 Nm shared with the same two cars.

When it comes to competition, the Corolla Cross will come up against other B-segment SUVs like the Honda HR-V, Subaru XV, and even Proton X50.