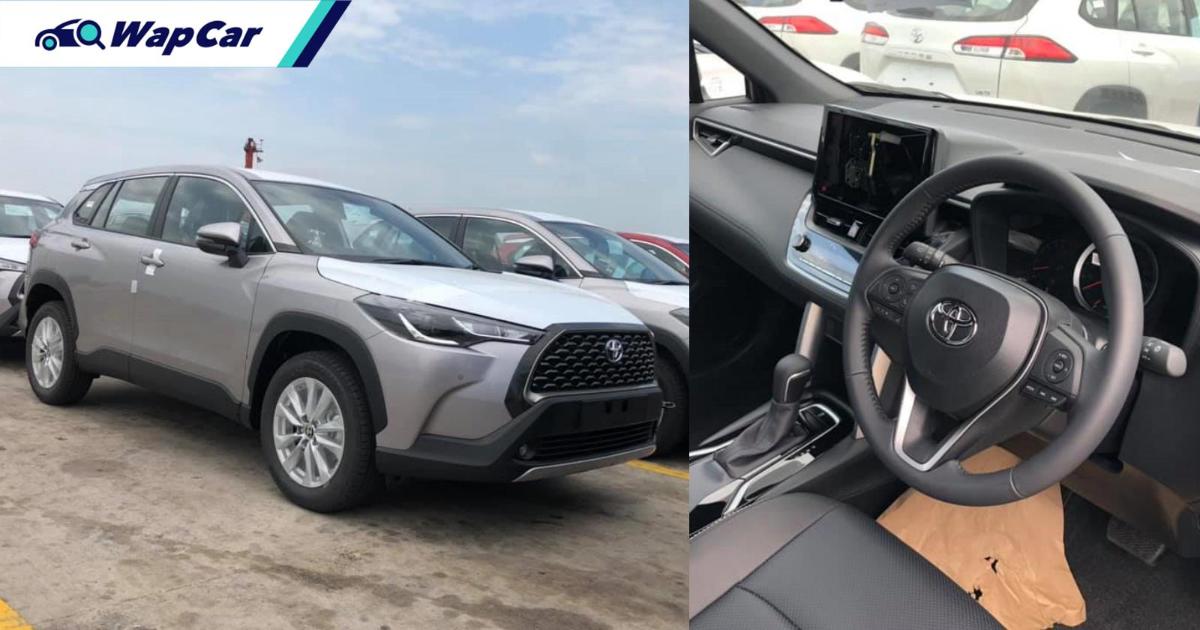 Several units of the upcoming 2021 Toyota Corolla Cross sans camouflage have been spotted at Westport, Klang. It looks like the new B-segment SUV will start as a fully imported model (CBU) from Thailand, before operations to locally assemble (CKD) the car starts at Toyota’s Bukit Raja plant.

From what we can see from the photos, the Corolla Cross in the pictures is the lower spec G variant. 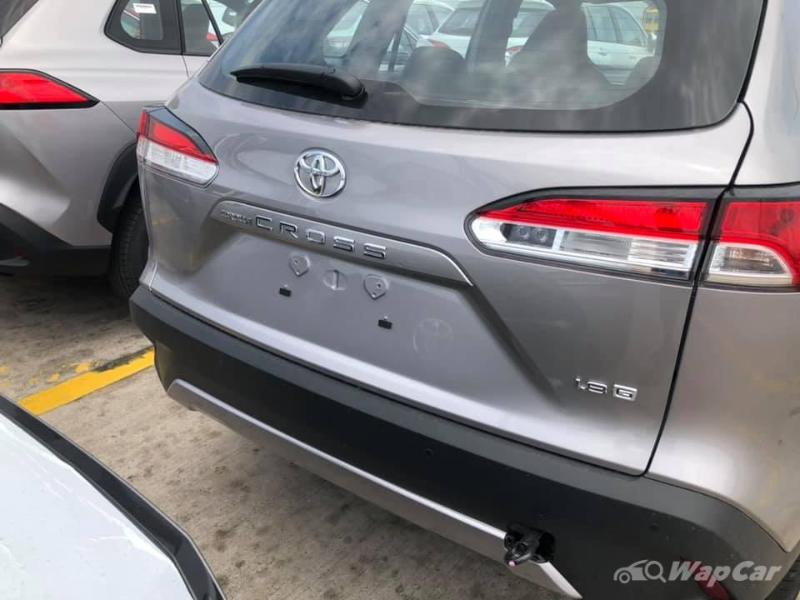 The interior of the Cross bears close resemblance to the Toyota Corolla Altis, featuring a similar 9-inch floating screen that was added to the Altis last year. So, expect the Corolla Cross to come with Apple CarPlay and Android Auto.

The only visible difference between the interior of the SUV and the sedan is the presence of a traditional instrument cluster rather than the fully digital one on the Altis.

But we suspect that this is because the Corolla Cross we see in the pictures is the lower spec. The higher-spec variant should come with a fully digital instrument cluster.

The Corolla Cross is expected to launch in Malaysia in the second quarter of 2021. When it is launched, the Cross will go head to head with the Honda HR-V, but expect the Corolla Cross to come with modern features than the ageing HR-V and will be equipped with Toyota's ADAS suite, Toyota Safety Sense (TSS).

You can expect the features available on the Corolla Altis to be mirrored on the Cross but since the SUV will be a locally assembled unit, prices will be much more affordable than the imported from Thailand sedan.

Although the Corolla Cross will first be imported as a CBU model from Thailand, we don't expect prices of the CKD model to be any different.

This is similar to when Volvo Cars Malaysia introduced the Volvo S60. When the S60 was first launched, it was imported (CBU) from Volvo’s California plant before assembly started in the Volvo Shah Alam plant.

When the CKD model was introduced, there was no difference in prices as the CBU units were very limited and prices have already been adjusted to match the later CKD models.